All the colors in Sichuan

A taste of Tibet (in Gansú)

During my China tour, I did not have neither the time nor the budget to visit the Tibet Autonomous Region. But the Tibetan Plateau crosses the border and on the Chinese side, in Gansú province, there are some Tibetan villages to visit. Not the architectural wonders of Lhasa but the same mountains and endless paths trod by Tibetan nomads.

After 10 hours of night train and 4 hours of bus I arrived to Xiàhé, my first stop (3.100 m). Everything in this small town turns around Labrang Monastery, one of the six great monasteries of the Yellow Hat sect of Tibetan Buddhism. This is a very active monastery with busy monks engaged in their religious activities and many rural Tibetans who come to town to follow the Kora Path (pilgrim path) around the monastery while spinning the praying wheels (brightly painted wooden drums) hoping their efforts will be rewarded in their next life. 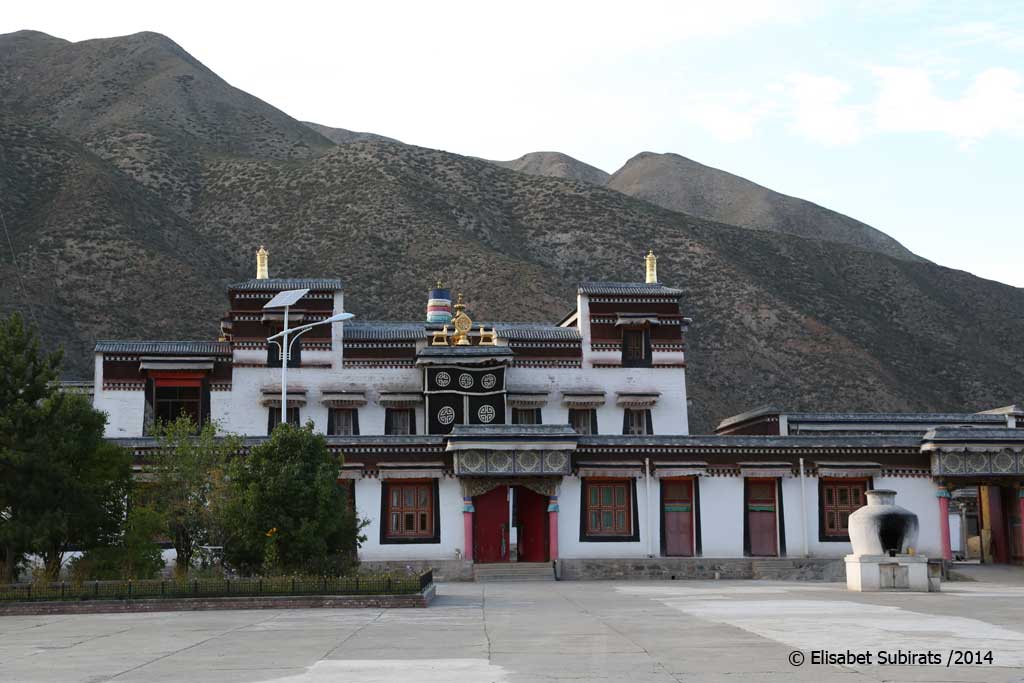 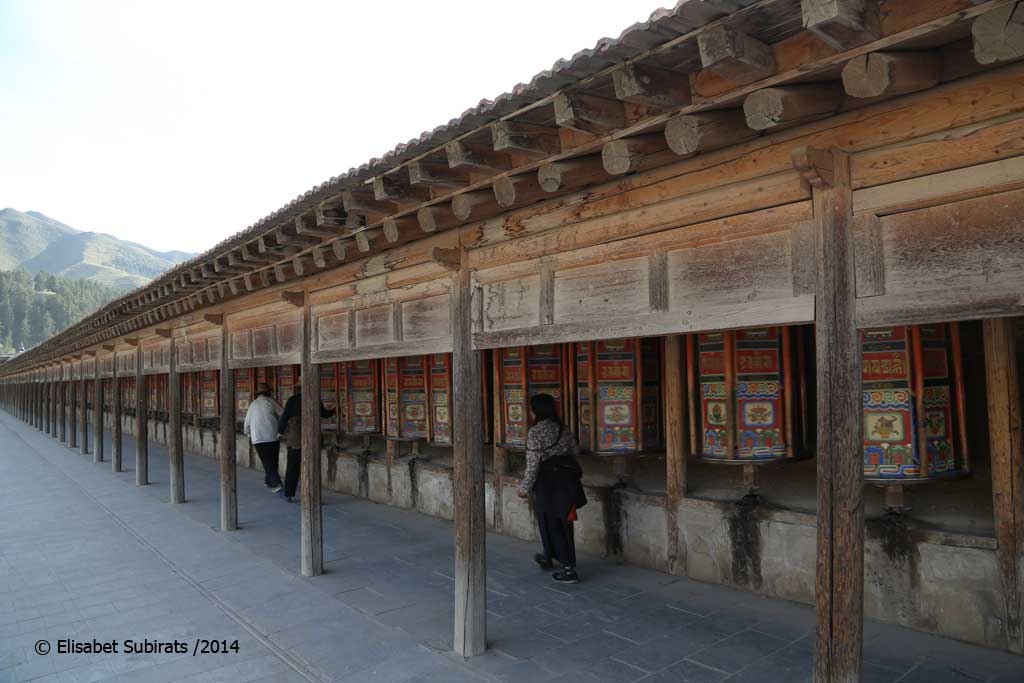 Apart from the pilgrim path, which I did in its entirety with the locals and it’s a one hour and a half of hard work with all that praying wheels to turn (!), the  English tour of the monastery was interesting and allowed me to enter in some halls usually closed to visitors. In one of these halls there was a special ceremony with monks and other people especially dressed praying and chanting. Not being very instructed about Tibetan Buddhism, I also learned many things from the funny monk who did the tour. 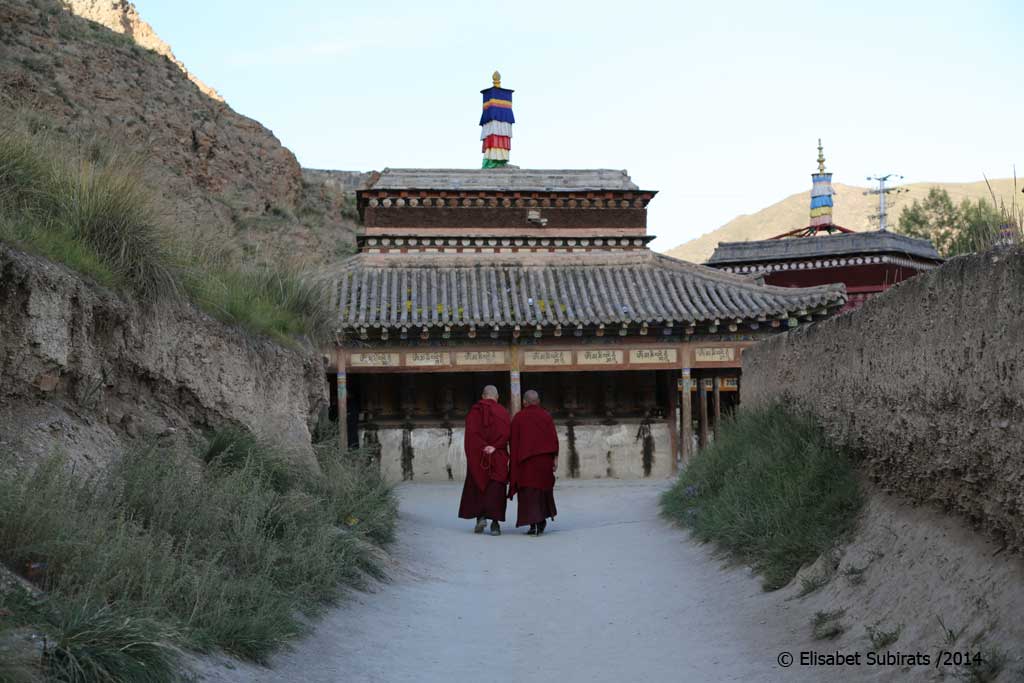 After Xiàhé I took another bus to visit Langmusi, another picturesque Tibetan village. Langmusi (3.445 m) has two Tibetan monasteries but people visit it especially for horse trekking and for its hiking opportunities. And that’s what I did together with Jared, Adiha and Razvan: as soon as we left our stuff in the hostel, we went for ‘a walk’ in the surrounding mountains. 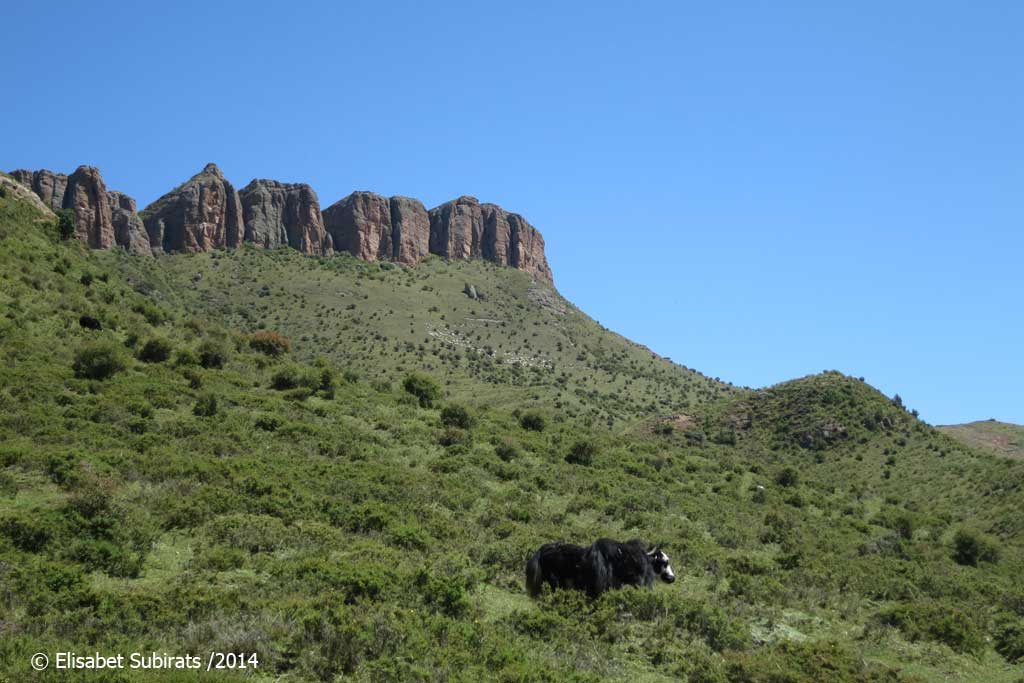 It’s just that ‘the walk’, turned to be a hard hike (I still was not used to high altitudes) up to 3.700 m, lol. It took me some time to reach the top, crowned by a Tibetan prayer tower and flags, but I was rewarded with beautiful views of the grasslands and even higher mountains. 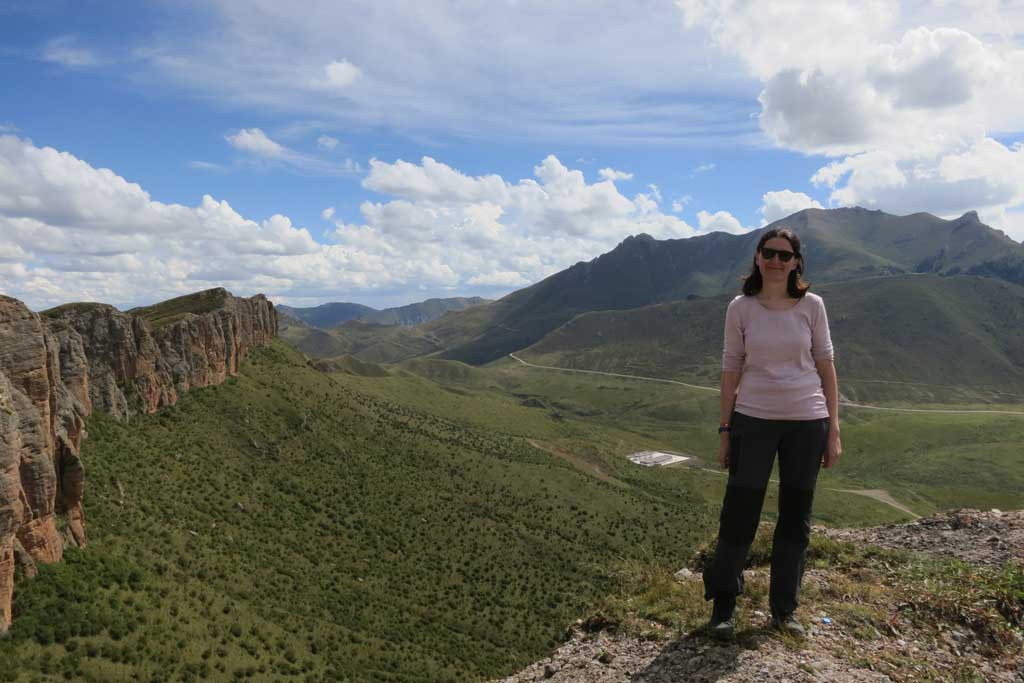 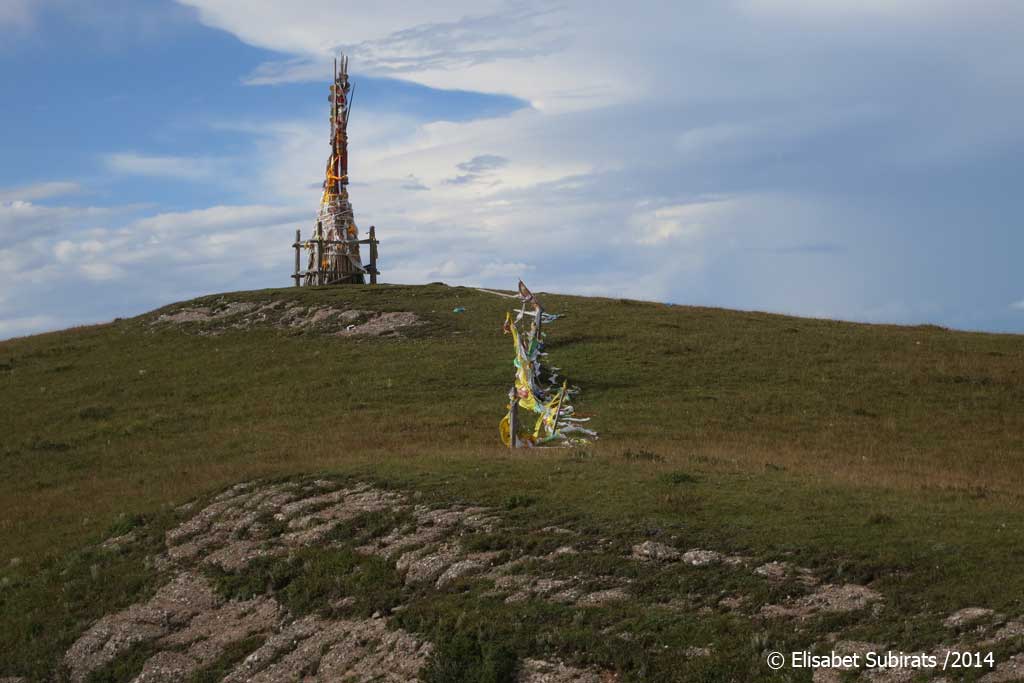 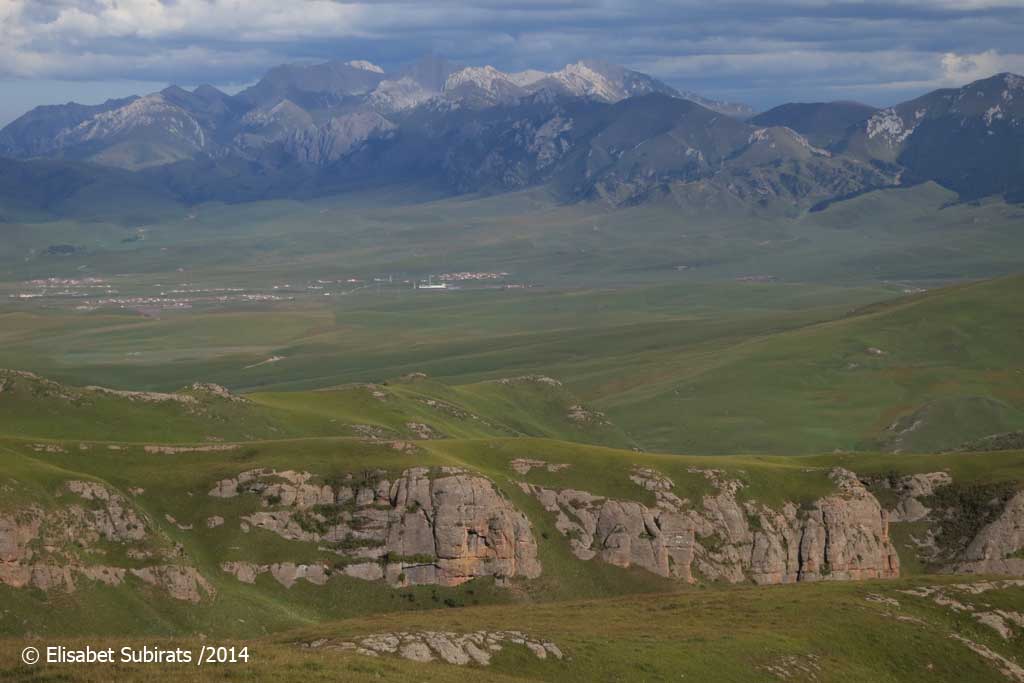 Following the local tradition, we threw some paper prayers to the wind for a beautiful and safe trip 🙂 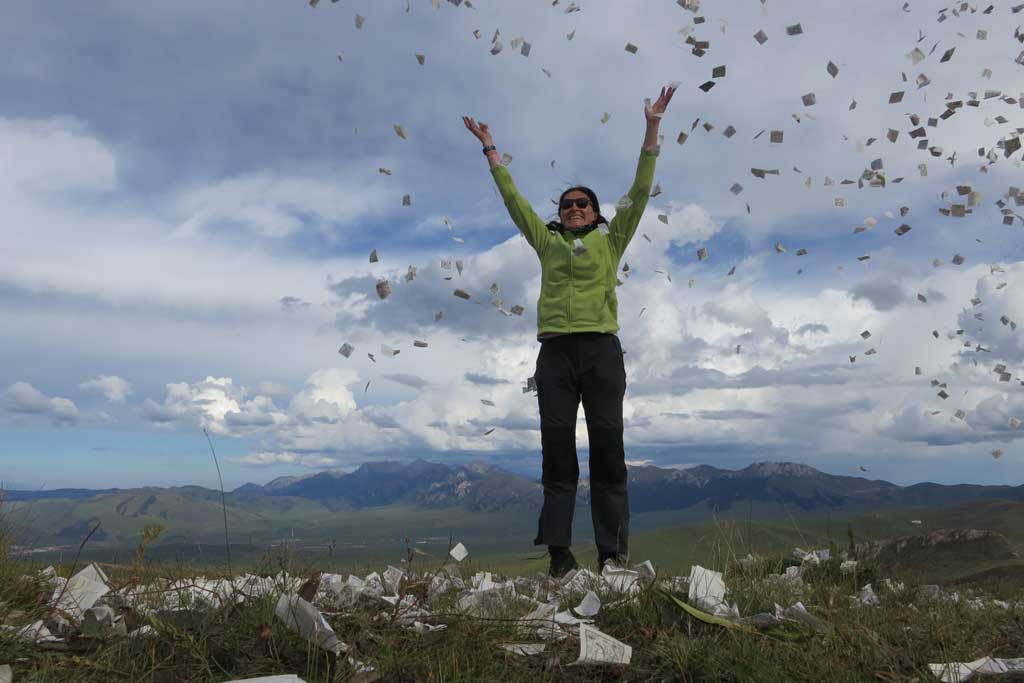 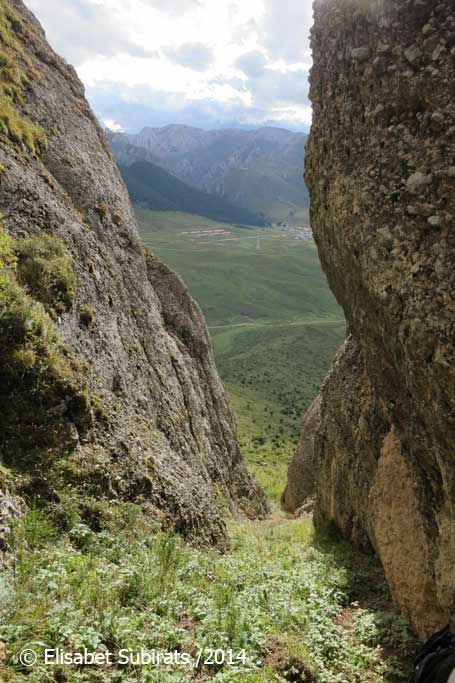 When I thought that the hard job was already done, my friends showed me the path to go back to the town . . .

Well that was not ‘a path’, it was an endless slide and the descent was a little bit stressful but we managed to arrive to town in one piece, together with the yaks. 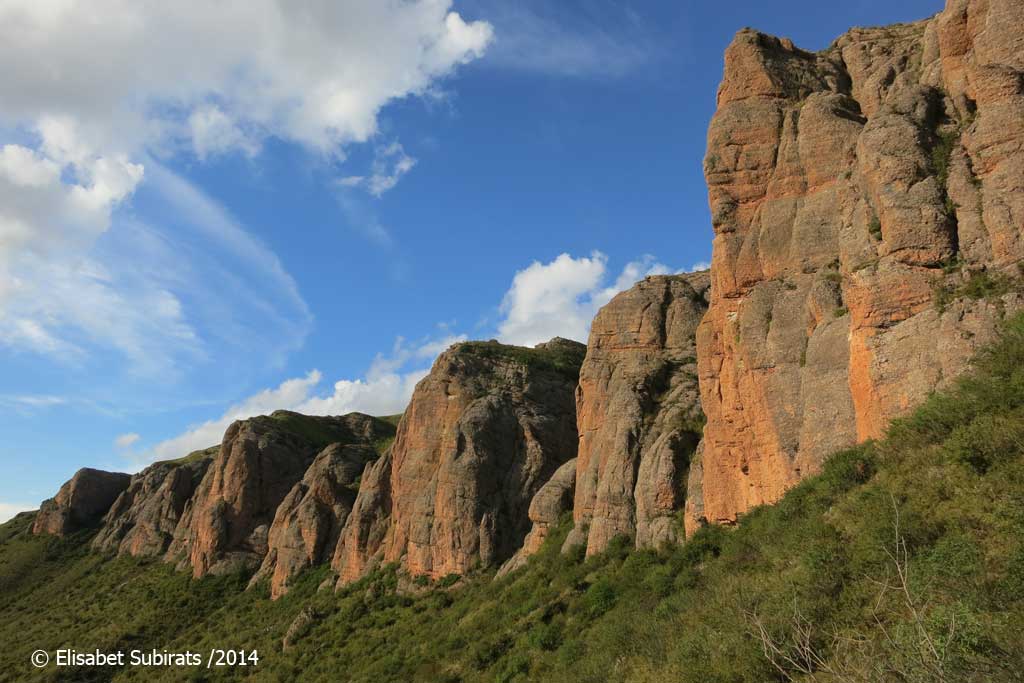 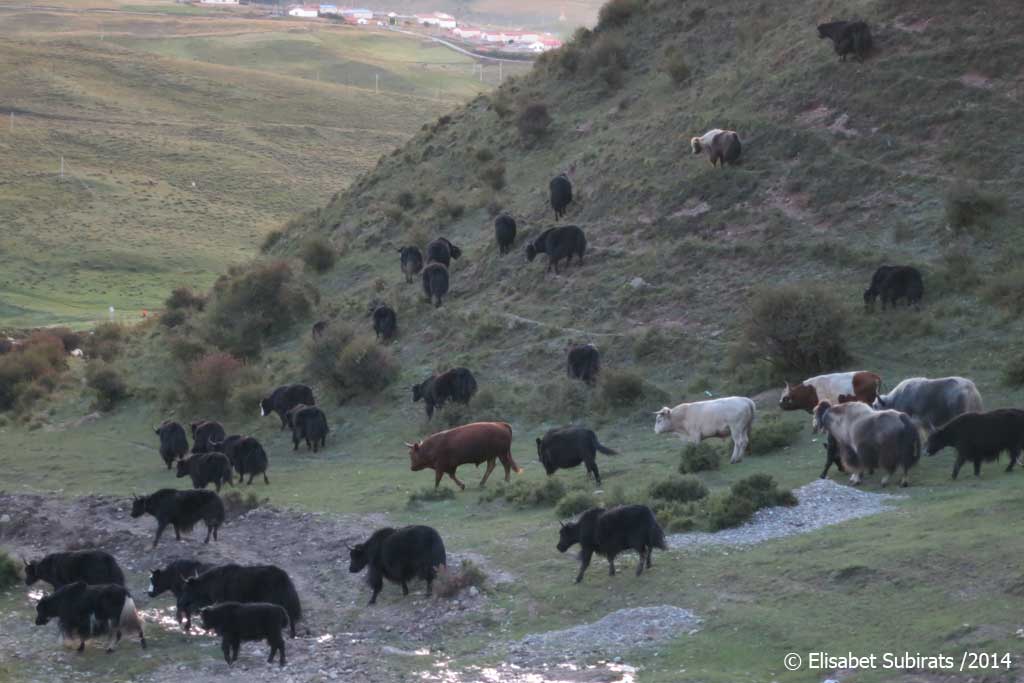 Beautiful hike at the end, which deserved a cold beer to celebrate it 🙂 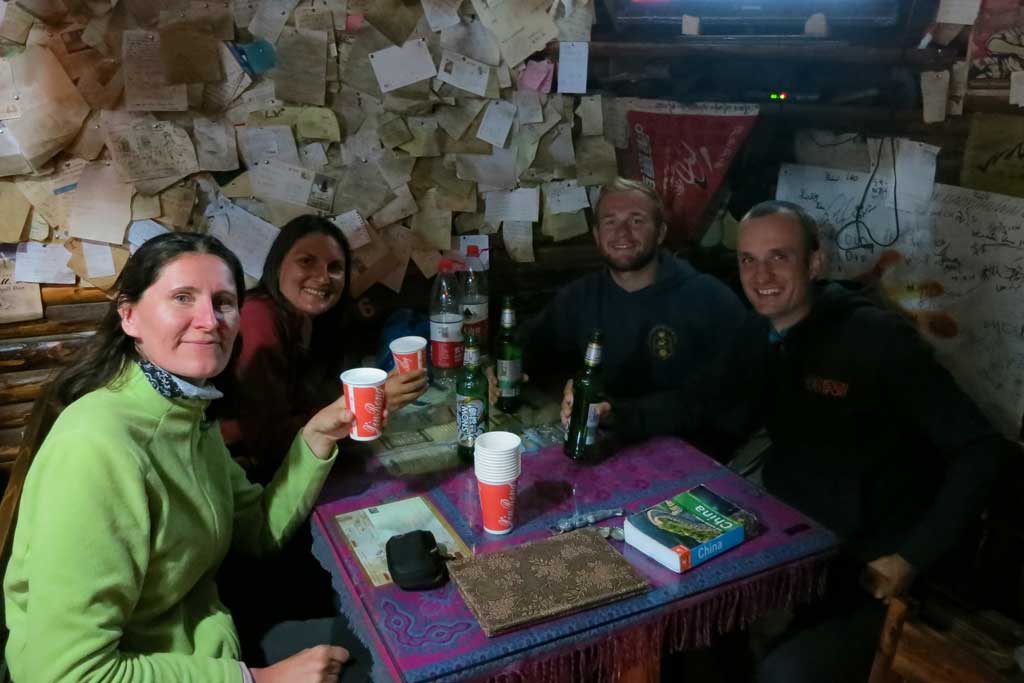 These Tibetan villages are also a good opportunity to taste the Tibetan cuisine and I liked a lot! I tasted the momos (Tibetan dumplings with meat or vegetables) and the yak meat proposed with many dishes like noodles or fried rice, everything was very good!! 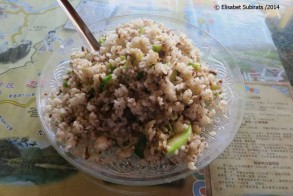 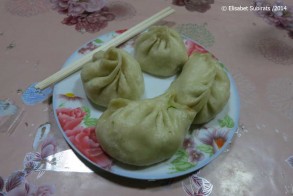 Permanent link to this article: http://holaworld.fr/a-taste-of-tibet-in-gansu/