My last days in China were spent far from the crowds, in the countryside. From Guilin I still had 5 hours of road trip with 3 different buses (and a mini hike due to a landslide blocking the road) to arrive to my first stop, Ping An, where I had decided to spend two nights. Ping An, Dhazai and Tiatouzhai are small villages perched on the hills 1.000m high and surrounded by the most beautiful terraced rice fields in the world. These villages are linked by some trails with beautiful views over these rice fields and hiking those trails was the purpose of my stay in Ping An.

Ping An has also an interesting wooden architecture (vertical constructions, like the rice fields) and it is home of the Yao minority. Their women have the longest hair of the world which they never cut and usually keep wrapped in a kind of Indian turban. This is the most authentic place that I have visited in China, where people (especially women) wear their local dresses not to attract tourists but just because they look pretty like this. 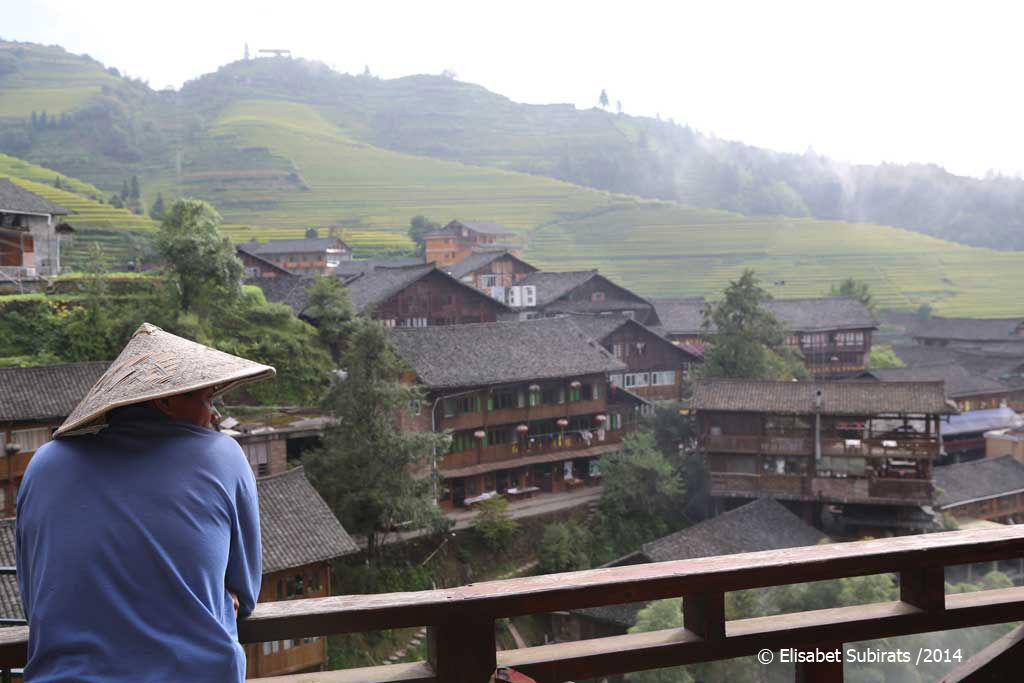 On the day where I was supposed to hike, the weather was awful with a thick fog covering everything and I couldn’t go too far. I had better chance with the weather on the following day but I had to leave early so I could only see some spots. On the top of the hills there are some platforms with panoramic views over the rice fields that of course I visited but I enjoyed most walking through the fields. It is amazing how a raw single plant can make all these amazing combinations of designs. 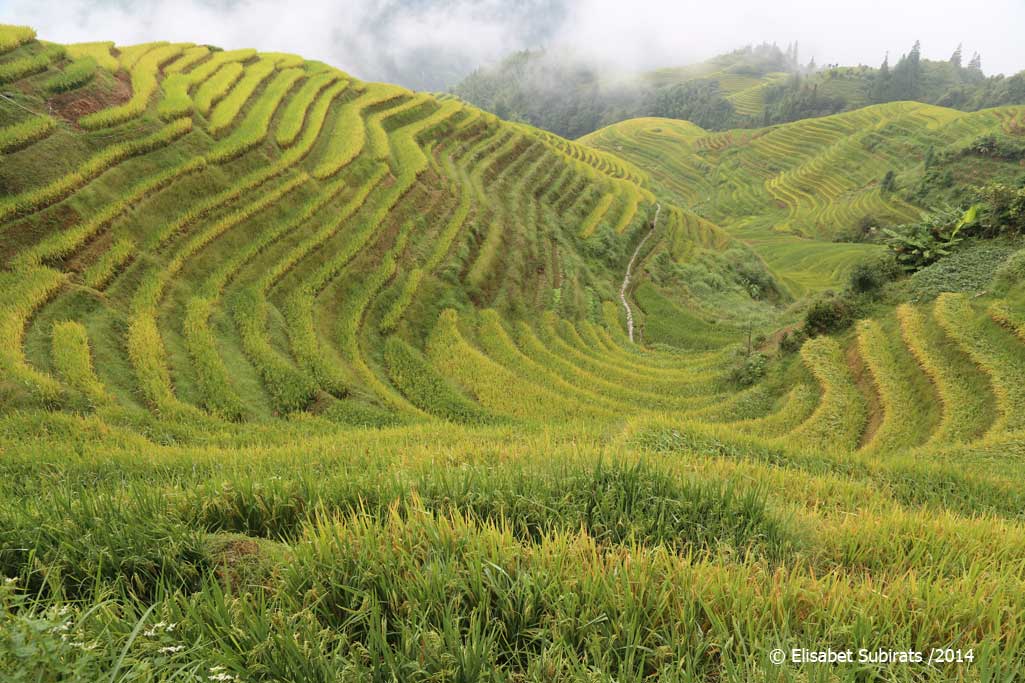 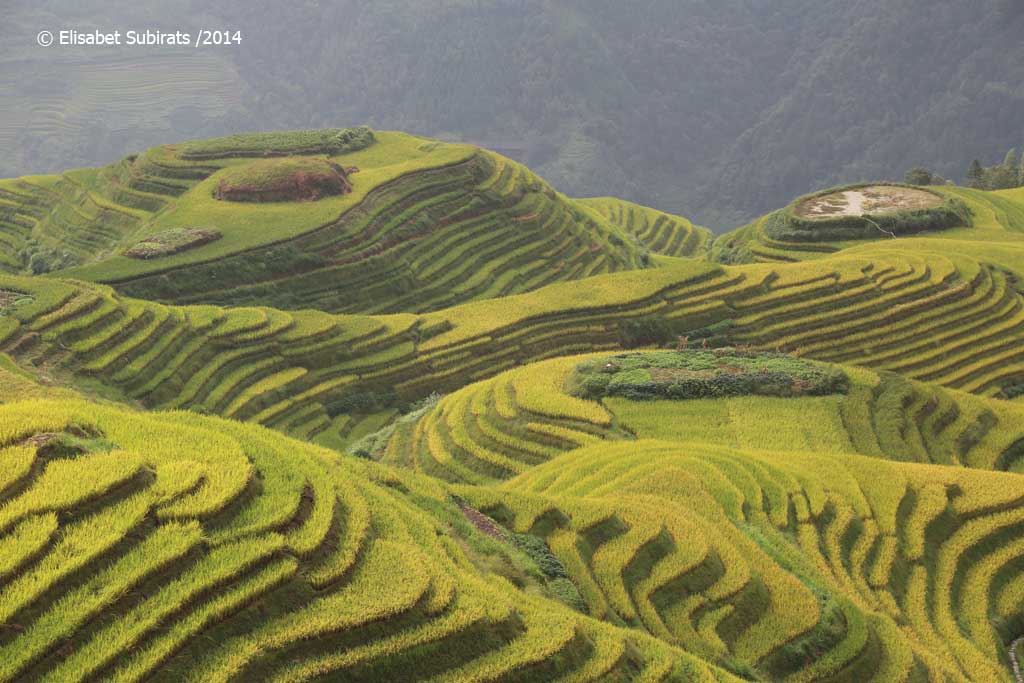 Back to Guilin I took a bus to Yangshuo, a region well known for its karst landscapes. I stopped at Yangdi and from there I took a bamboo boat down to Xingping (1.5 hrs) to sail the most beautiful part of Li River. 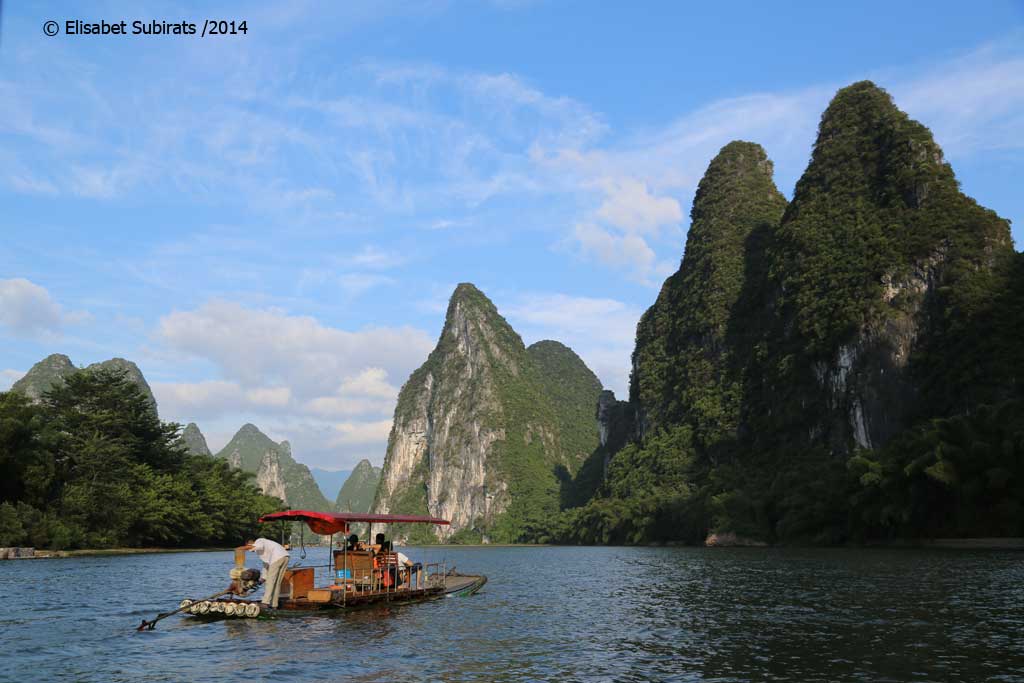 Xingping is a small town on the shore of Li River that still has the charm that Yanfshuo lost long time ago because of tourism. It has some shops, a nice guest house and a good vibe and I used it as a basecamp to explore the surroundings by bike, along the river and in the countryside. 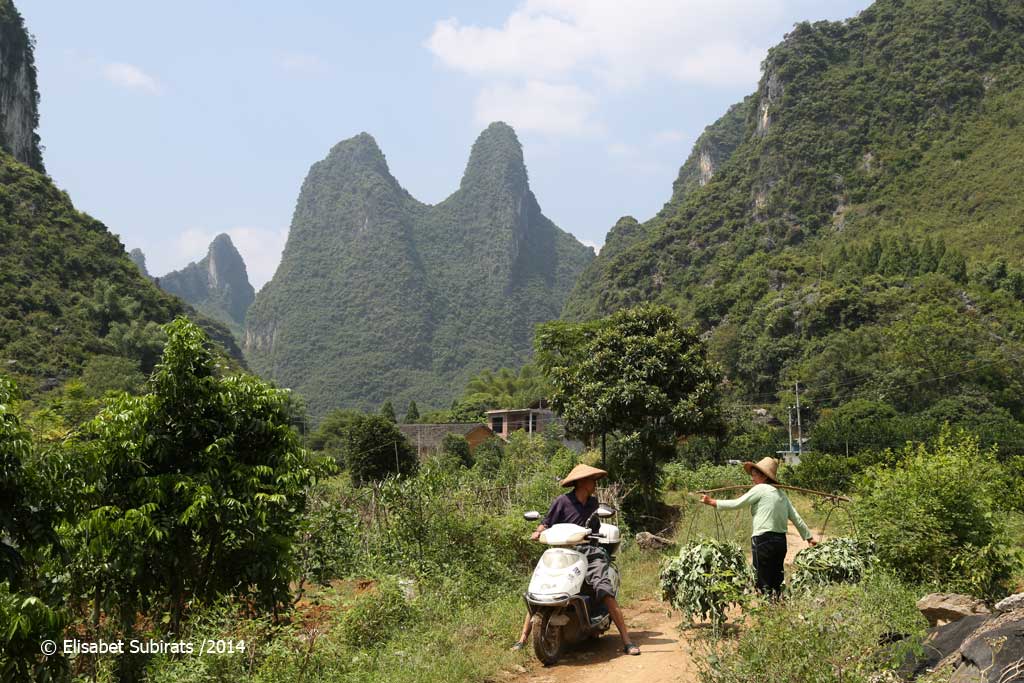 I finished my China tour in Shenzen (Guangdong) where I did a short stop to visit my friend Carlos. He came to work in Shenzen two years ago and I was happy to see that things are going well for him.

Thirty five years ago Shenzen was a small and hilly fishing village (314.100 inhabitants in 1979) in the Pearl River Delta until someone decided that it had to become a Special Economic Zone (SEZ) and a major financial centre in China, with many advantages for foreign investors. So all the hills were leveled, the extra earth was used to create more land from the sea (cut and fill) and since then the population has increased to 15 million of inhabitants being today the third most populated city in China after Shangai and Beijing.

Coming from the deep countryside, Shenzen and its skyscrapers were a shock to me. The first day we had lunch with Irma (also an expat working in Shenzen) and we could exchange our impressions about China and its people. They also told me about life in Shenzen and even if they complained about many things they don’t live that bad 😉 It is true that in Shenzen there is “nothing to see” apart from some skyscrapers and shopping malls but this is also China and I was happy to have the full picture. 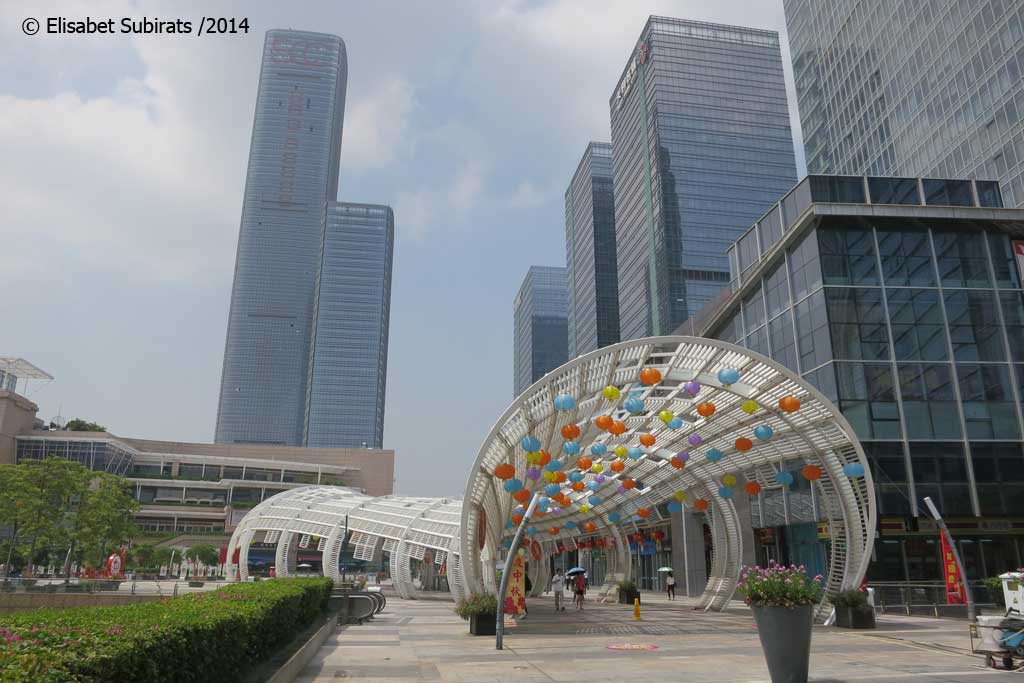 At night we went to an interesting area with many western restaurants and pubs and I chose a German restaurant, with many Chinese waiters dressed like Bavarians. Believe me, in these two days in Shenzen I did not miss my little dose of sticky rice 😉 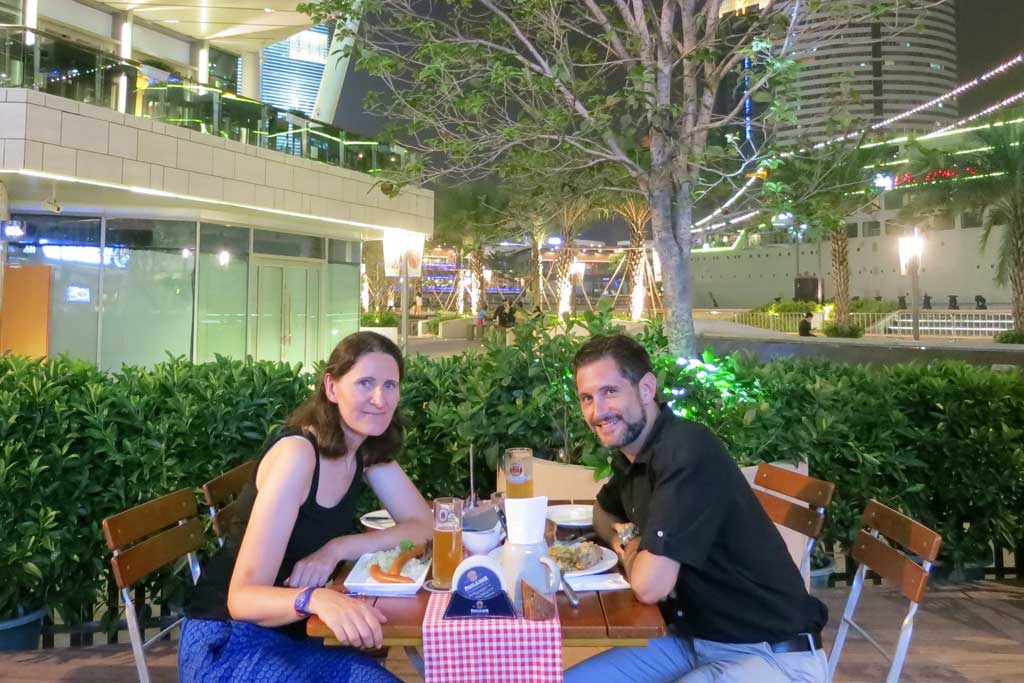 After traveling for 30 days it was time to leave China mainland so I said a “fins aviat” to Carlos and took my way to Hong Kong.

Permanent link to this article: http://holaworld.fr/amazing-landscapes-in-guangxi/