Half of the World

An ending with fireworks (at Valparaiso)

I spent the last day of the year visiting Valparaiso. Valparaiso, a coastal city located at 110 km northwest of Santiago, is one of the South Pacific’s most important seaports. Amongst many reasons to visit Valparaiso there is its reputation of having the most spectacular fireworks show, the biggest in all Latin America, attended every year by a million tourists who fill the coastline and hillsides with a view of the bay. These are the same fireworks that Pablo Neruda used to watch from his house La Sebastiana, surrounded by dear friends and champagne. Being around during those dates, I could not find a better way to finish the year (and my Chilean trip) than with some Valparaiso’s fireworks.

Everybody loves Valparaiso! Its colorful houses perched on the hills are a powerful magnet for tourists. I need to say that Valparaiso did not meet my expectations : I found it a very dirty city, especially in the areas nearby the harbor, uncomfortable if you are not staying on the specific tourist hill (I was bus dependent) and scary after a certain hour. Also, Valparaiso is the paradise of pickpockets and there are frequent robberies, especially amongst tourists. A couple of Brazilian friends, who were sleeping in my same guesthouse, had their backpack stolen just in front of our eyes! 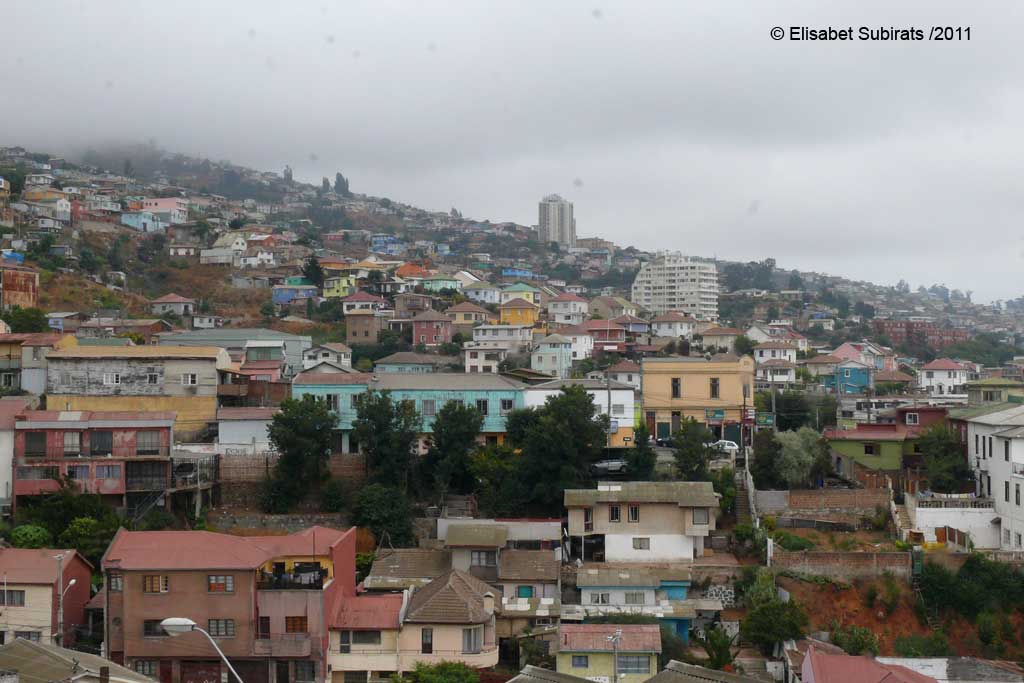 Well, actually I cannot say that I liked Valparaiso, lol

The last morning of the year was spent hanging around the tourist hill, Cerro Bellavista, which has the most notable collection of typical architecture. I also visited another Neruda’s house, La Sebastiana, a colorful and labyrinthine house bought in the sixties and decorated with Neruda’s impossible collections.

I want to find in Valparaiso a little house to live and write quietly.  It must have some conditions.  It can’t be located to high or to low.  It should be solitary but not in excess. With neighbors hopefully invisibles.  They shouldn’t be seen or heard.  Original, but not uncomfortable.  With many wings, but strong.  Neither too big or too small.  Far from everything but close to the transportation. Independent, but close to the commerce.  Besides it has to be very cheap.  Do you think I would find a house like that in Valparaiso?

From the upper terrace there was a spectacular view over the bay, it was also a privileged balcony for the port traditional firework spectacle. Over there Neruda passed his last end of year, in 1972 and the beginning of 1973.

At night the guesthouse’s owner had prepared a small New Year’s dinner party for guests and friends. It was fun. Half an hour before midnight, we all went out to the hillside to look for a good place to see the fires. It was an incredible fireworks show, I was happy to end my trip like this! 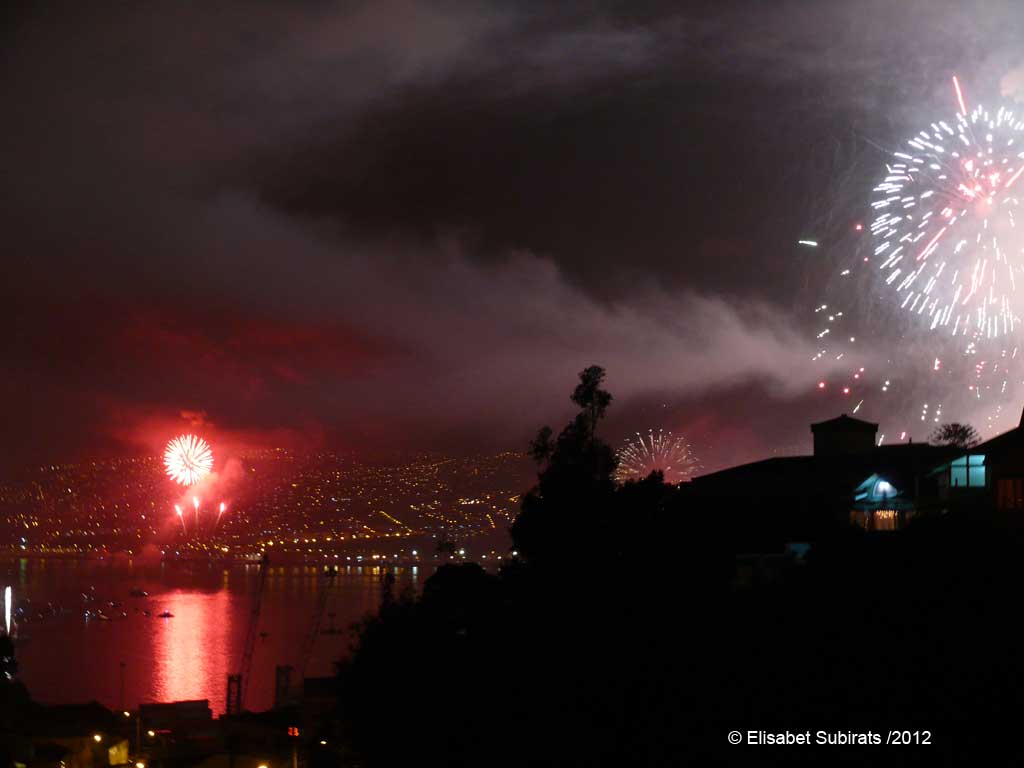 Permanent link to this article: http://holaworld.fr/an-end-with-fireworks-at-valparaiso/