The South of North Island

Auckland (and the 3 volcanoes climbing challenge)

We arrived to Auckland on Friday afternoon and it was time to say good bye to Nathalie and the car. After four weeks on the road and sleeping in camp sites, I felt I deserved a small single room all for myself so I booked 3 nights at Auckland YMCA, time enough to discover the city and rest a little bit before changing continent. That same evening I had a meeting with Winnie and her husband John at the foot of Sky Tower for some drinks. It was a nice evening where we had the opportunity to exchange about our travels while drinking some Spanish and Kiwi wines. Winnie convinced me to visit Malaysia soon and John told me many interesting things about New Zealand, my stay in Auckland couldn’t have a better start! 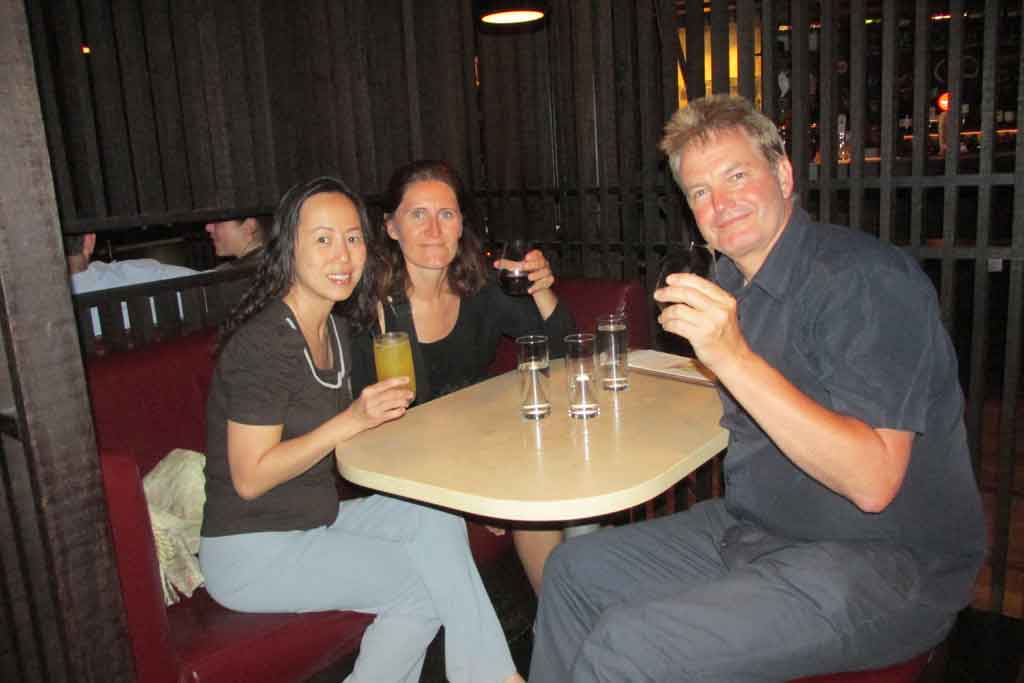 Auckland city is located in a volcanic field which has produced about 90 volcanic eruptions from 50 different volcanoes. In a city surrounded by volcanoes I couldn’t spend my last full day (Sunday) in my room resting so I decided to challenge myself: I would try to climb three of Auckland’s unique volcanoes in one day!

For this challenge I chose Rangitoto Island, Mt Eden and One Tree Hill, the most popular and accessible volcanoes in Auckland, and I would only use public transportation and my feet. The climbing thing was not difficult (all three volcanoes are less than 300m high), it was more a matter of time and logistics: would be possible to make it in one day? 😉

The volcanoes challenge started on Sunday 7am at the Harbour, where I took a ferry to reach Rangitoto Island. Rangitoto 259m volcanic cone is a distinctive landmark just off the Auckland coast and it makes for a nice day trip in the area. The island erupted from the sea in a series of dramatic explosions around 600 years ago becoming the youngest island in the Hauraki Gulf and the last and largest volcano to be formed in the Auckland volcanic field. After a 30min ferry ride we landed to Rangitoto ready to explore its fascinating landscapes of rugged lava crops and lush native bush. 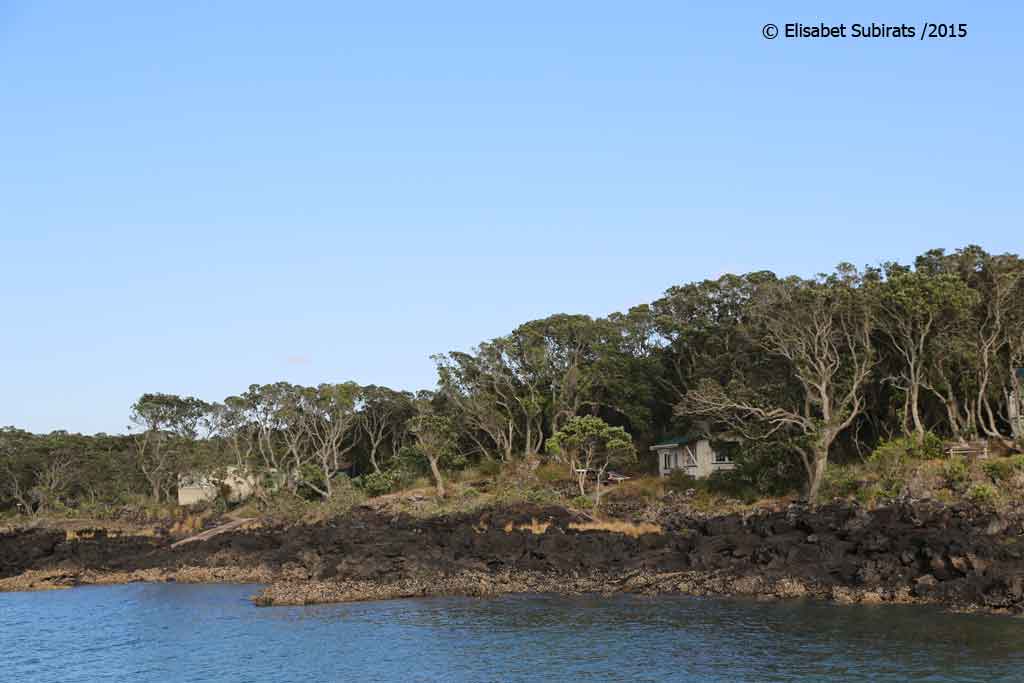 But I was only interested in its most popular trail, the one which takes to the island’s summit in about 1 hour (5km one way).  On the top, I was rewarded with 360º views of Auckland’s skyline and the Hauraki Gulf, not a bad start ! It was 9.25am . . . 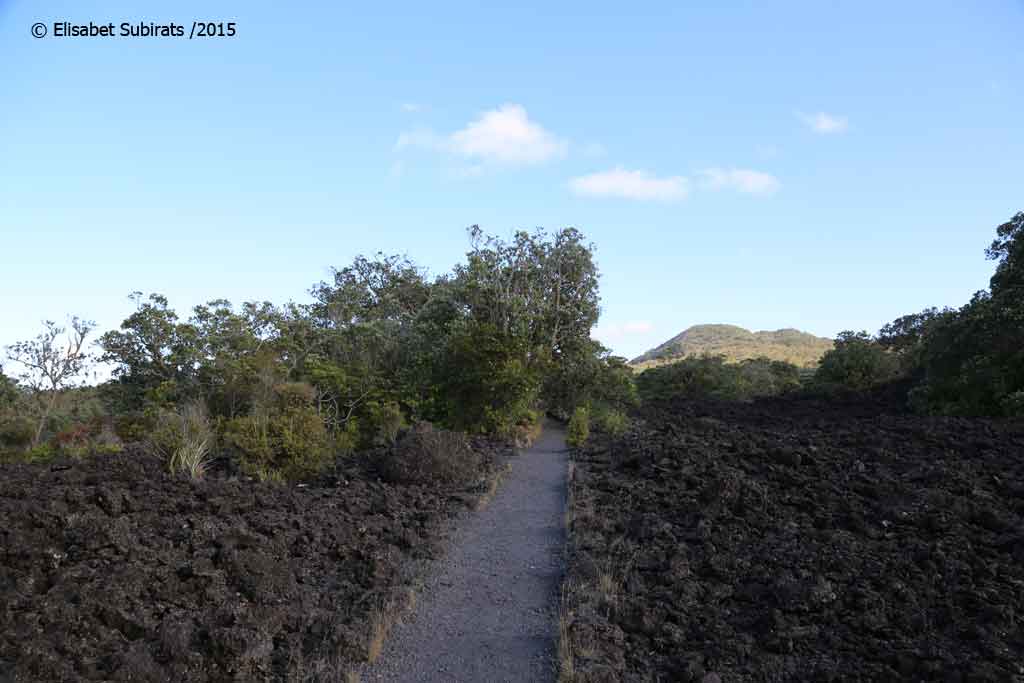 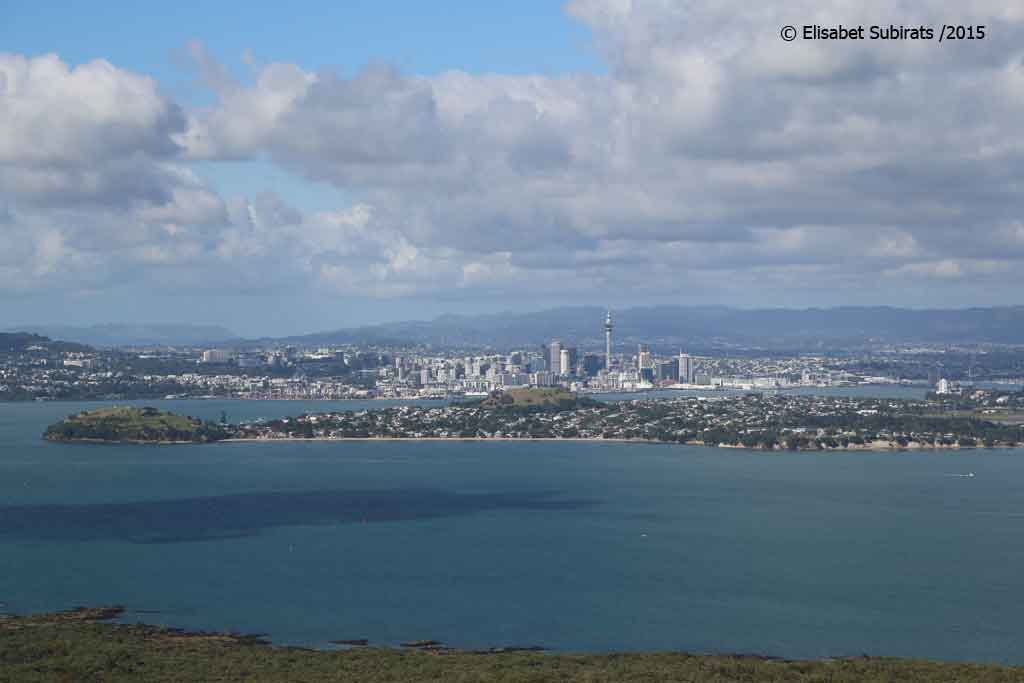 The ferry back to the city left only at 12.30pm so I had time enough to eat my sandwich and explore other aspects of the island. Today Rangitoto has no permanent population but in the early 20th century there was a small community living in small simple holiday houses called “batches” with regular parties, children races and fishing competitions becoming Rangitoto a popular destination for Auckland’s day trippers and holiday makers. Some of these batches are being kept as historical monuments and one of them was turned into a museum and I could visit it.

I was back to the city at 1pm, half of the day was gone and I had only climbed one volcano! At the tourist information I got the number of the bust going to One Tree Hill which was leaving from Queen Street only at 2.15pm . . .

This volcanic cone (184m) located in Cornwall Park is one of Auckland’s most beloved landmarks and became world famous when in 1987 U2 dedicated their song “One Tree Hill” to it. It was originally named after the single tree that stood atop the hill until 1852, when it was cut down by British settlers. Today a memorial built to the Maori people stands in its place and it is a very popular spot for them.

After a steep final climb I reached the top at 3.50pm and again the views from the summit were great. From this point I could see both Tasman Sea and Pacific Ocean, so cool!

Back to the park entrance, I decided to reach Mt Eden by foot because I did not know which bus I should take and it did not look that far on my gps. On the way, I saw very beautiful houses, these neighborhoods must be very expensive!

The day was very hot and sunny so I decided to do a short stop at pretty Mt Eden village, at the foot of my last volcano, to refill my levels of water and sugar. It was 5.08pm and still one more hike . .

Mt Eden (196m) is known by Maoris as Te Ipu Kai Mataaho (the food bowl of god Mataaho) and it is highly tapu (sacred). I reached the summit at 5.45pm and I won this personal challenge, yay! It was not possible to walk inside the crater (because it is sacred) but the walk around the crater rim was nice with super views of the city (my favorite ones) and also over One Tree Hill.

From there Santiago de Chile, my next destination, was at 9661km SE but I would think about it next day 😉 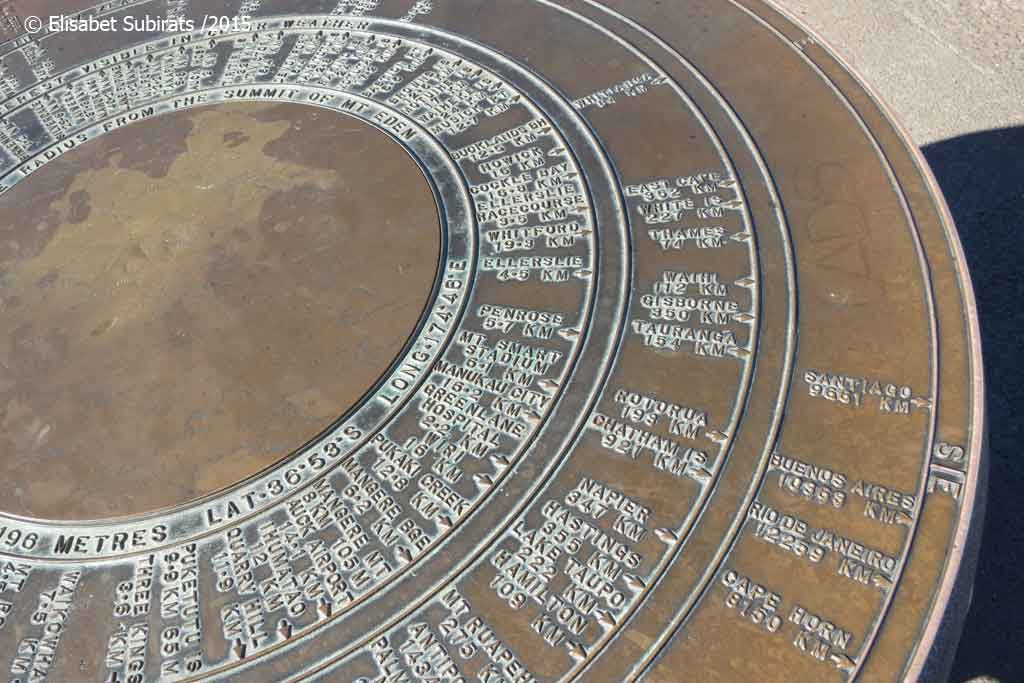 Permanent link to this article: http://holaworld.fr/auckland-and-the-3-volcanoes-climbing-challenge/