This temple town is one of the main attractions in Myanmar. From the 9th to 13th centuries, the city was the capital of the Kingdom of Pagan, the first kingdom to unify the regions that would later constitute modern Myanmar. During the kingdom’s height, between the 11th and 13th centuries, over 10.000 Buddhist temples, pagodas and monasteries were constructed in the Bagan plains alone, of which the remains of over 2.200 temples and pagodas still survive today.

Bagan is not another “Angkor Temples”: its architecture and quality of carvings and paintings cannot be compared to Angkor. But the ensemble, with all those temples spread here and there, is very impressive and a sunrise or sunset in Bagan are one of the best moments of any trip to Myanmar. 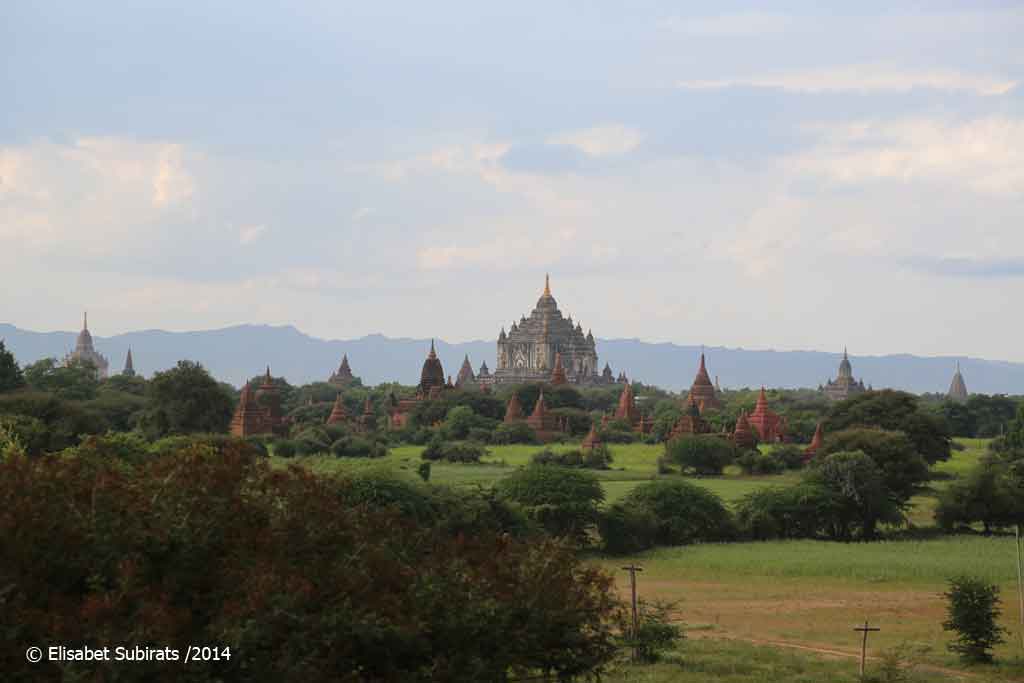 I was definitely not lucky with sunrises and sunsets in Bagan. In August 2011, during rainy season, the clouds covered the sky all the time. Now I was back to Myanmar during the perfect season (from November to February) and I wanted to try my chance again with Bagan. With Freddy, we decided to stay two full days in the town.

On the first day, we visited Bagan’s main temples. We hired a horse cart with Sin, a Malasyan girl met on the bus, to visit these temples in style. We visited the tallest one, the most popular one, the most beautiful one, the oldest one . . . well, that kept us busy for the full day. 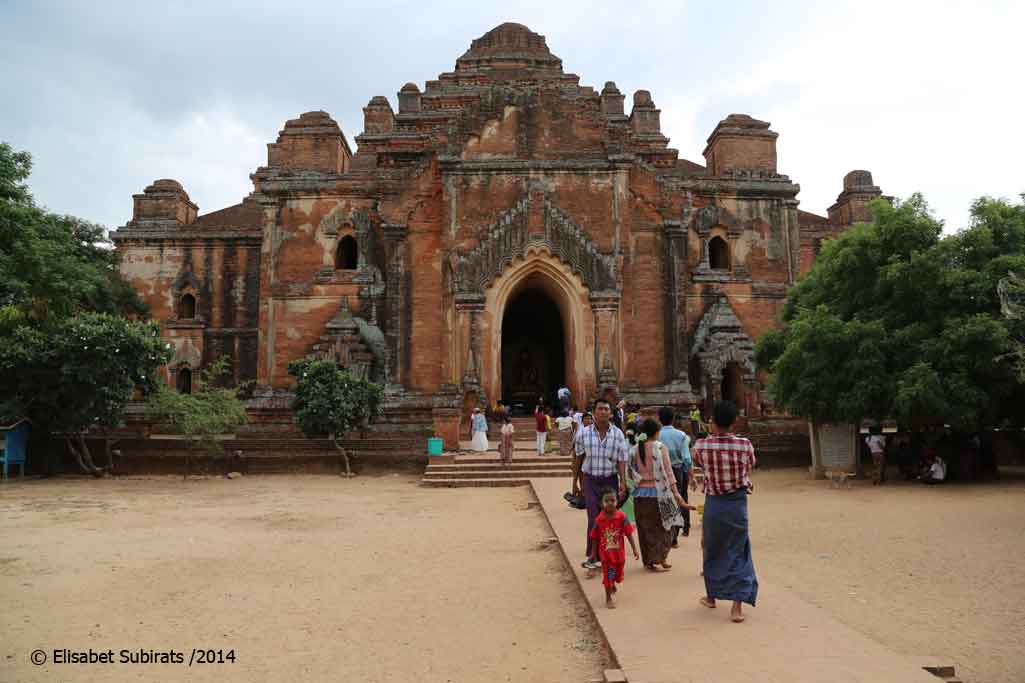 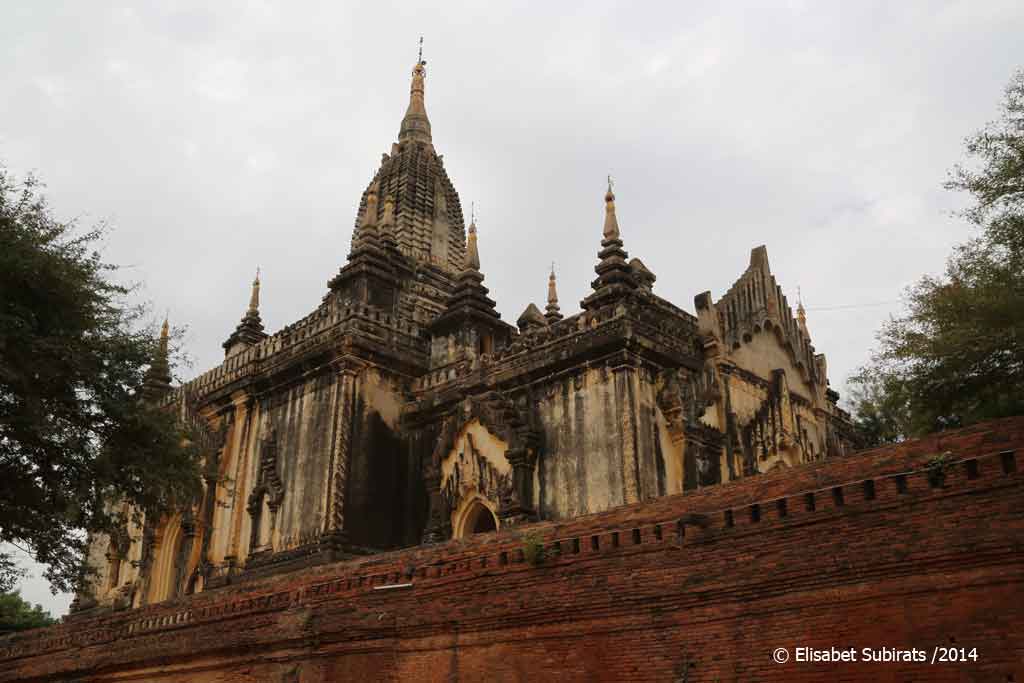 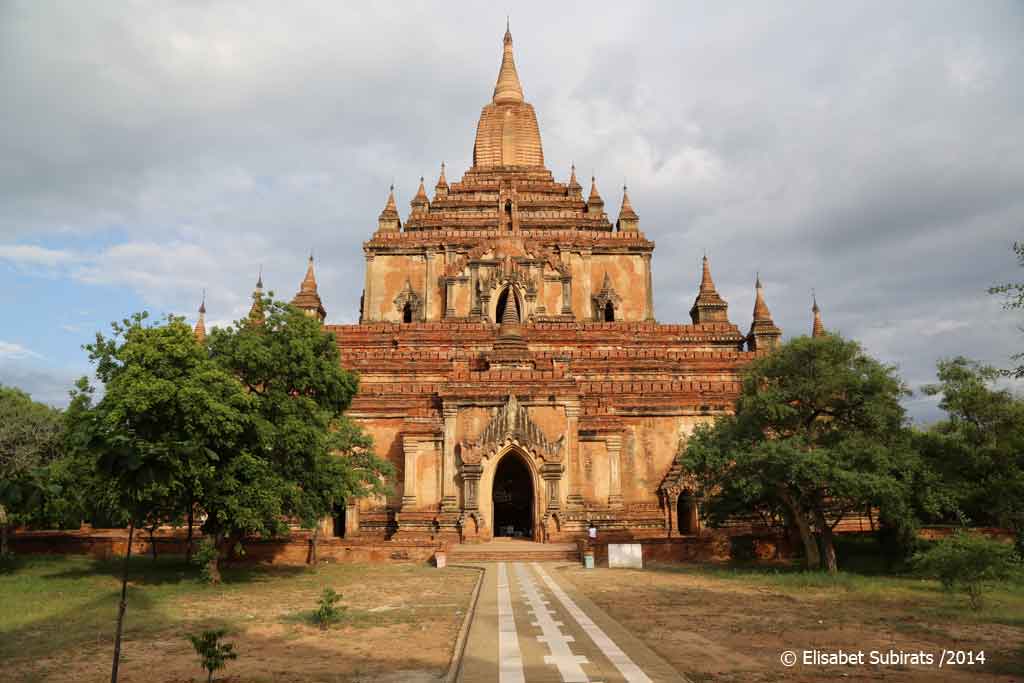 In the afternoon, also this time the clouds did not help and we missed the sunset, uff . . .  🙁

On the following day the weather was awful, it was raining hard non stop. Who could expect a thyphon in Bengala Gulf while our trip to Bagan? We missed not only sunrise and sunset, we were stuck at the guest house all that day. Unfortunately we could not stay longer in Bagan because  Freddy had a tight schedule so we had to leave the day after.

At Inle I met Maria, who was as disappointed as me about the weather in Bagan during the past days. She had decided to travel to Bagan again after her Inle visit to have more sunset sunrise opportunities and I followed her.

The night bus ride to Bagan was a disaster and we could not sleep much so when we arrived at the guest house at 5am we were ready to take a bike to visit the temples. Hans, a dutch – ecuatorian guy that we met at the bike rental, joined us for the sunrise.

It took me three trips in total but at the end the weather was merciful with us and we could enjoy a nice sunrise. The temple chosen for the sunrise view did not have the most interesting skyline in Bagan but we could see the balloons very close 🙂

After a good breakfast Maria and I left Hans exploring the temples and we rode back to the hotel for a good shower and sleep.

We met Hans again around 4pm for sunset. Maria had a “secret temple” for sunset views, very well located (she said) and with no tourists. Where did she learn about it? Temple-climbing is a hard sport, especially for off the beaten path temples like that one but I said to myself that in a few years climbing will be forbidden so I would think about how the hell I could jump down later .

That was a gorgeous sunset and we all were very happy to enjoy it from a quiet and serene spot (the tallest temple in Bagan, some metres behind us, had so many tourists that it looked like a disco). 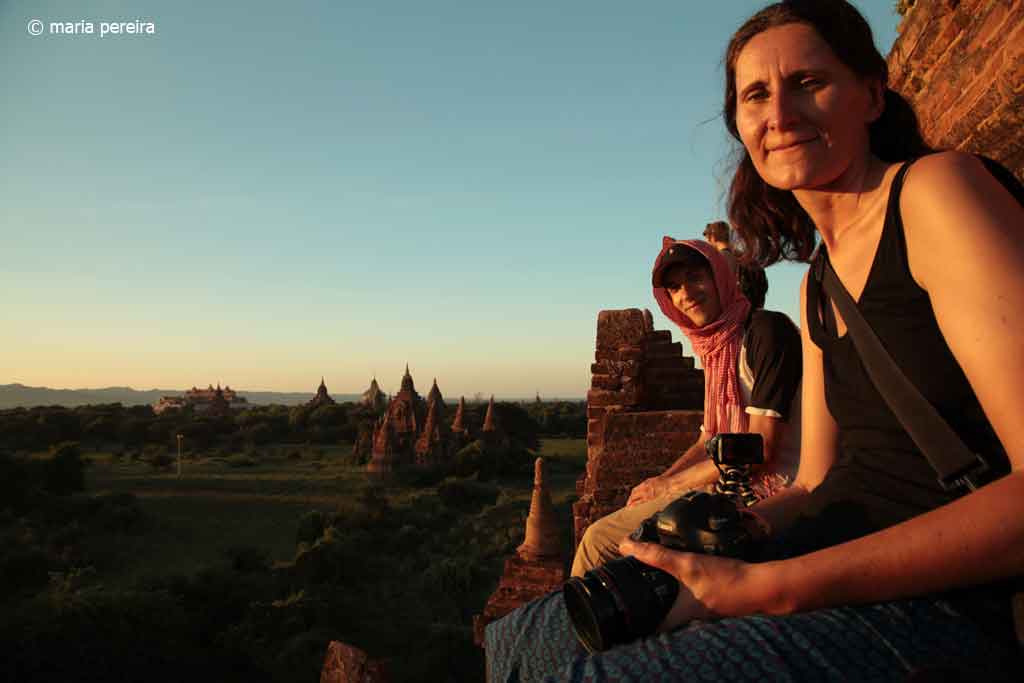 We toasted our first sunset later, during a dinner in my favourite restaurant, with Mandalay beer 😀 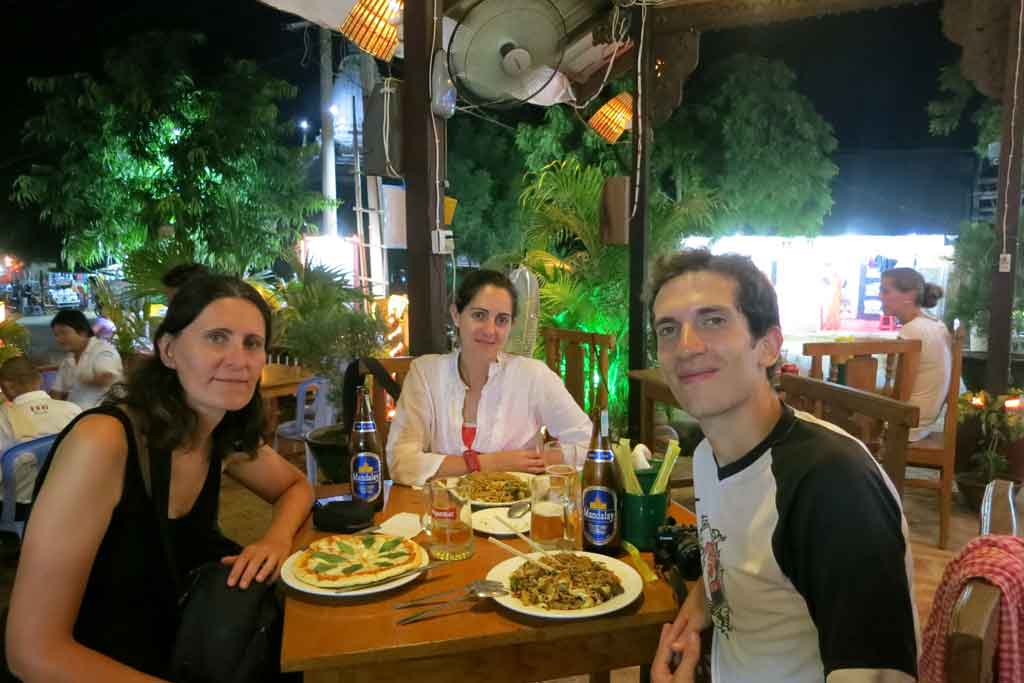 Our bus to Mandalay was leaving the following day at noon so we still had time for another sunrise. I met Hans at 4.30am and together we rode to another “secret temple” for sunrise. That spot was perfect, lonely, less complicated to climb and with a beautiful skyline . . . it was my best sunrise 🙂

That morning Maria did not joined Hans and me for the sunrise because she had a better thing to do: ballooning! When we met back in the guest house she told me it was fantastic . . . I let you judge it by yourselves 😉 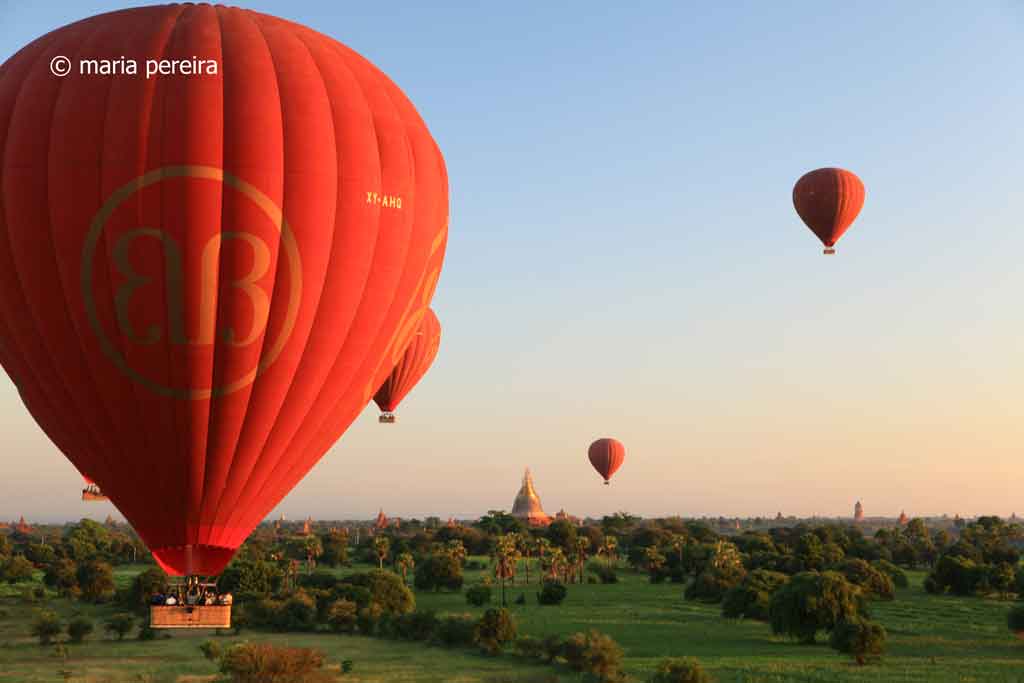 Of course, Maria’s picture was published with her consent. From here, I would like to thank her for the picture, I wish her many happy travels and pictures and I really hope to see her first photo exhibition in Barcelona or Frankfurt  in a near future!

In Bagan, apart from the temples, there are other interesting things to visit on a half day /day trip. For more information have a look here :

Permanent link to this article: http://holaworld.fr/bagan-second-and-third-trips/