Need a shower? (at Iguaçu Falls)

Once you are in Buenos Aires it is so  easy to reach Uruguay that I could not resist the temptation!

I spent my last WE around the World in Colonia de Sacramento (Uruguay), at only one hour by ferry (50km) from Buenos Aires. Colonia is a charming small city located on the west bank of Rio de la Plata. Founded in 1680 by Manuel Lobo, the Portuguese governor of Rio de Janeiro, it occupied like its neighbor Buenos Aires across the Río de la Plata. The town grew in importance as a source of smuggled trade items, which provoked repeated sieges and battles between (jealous) Spain and Portugal. Spain took final control of the city in 1777 and since then the city’s importance declined as foreign goods proceeded directly to Buenos Aires. 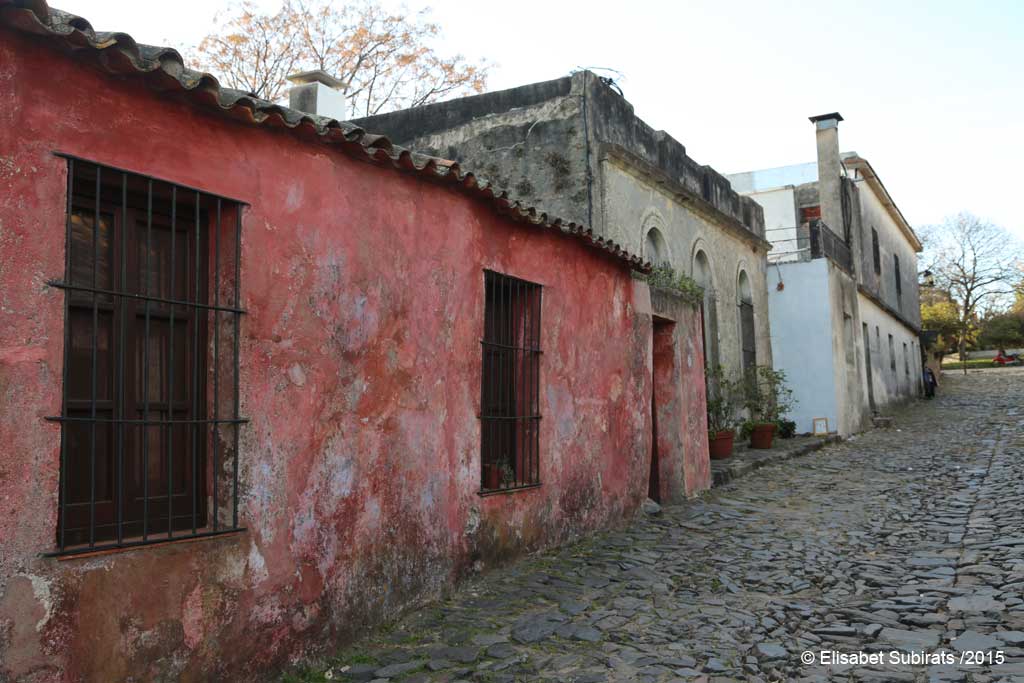 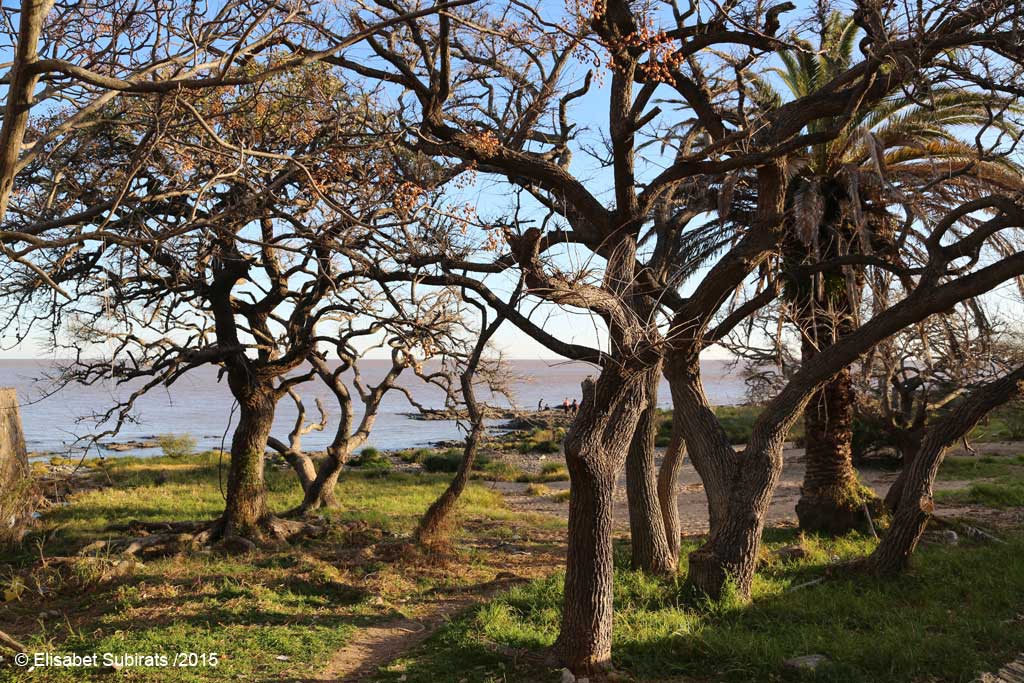 Colonia’s size (everything could be reached on foot), a charming colonial architecture, some nice cafes and excellent food made this city the perfect plan for a relaxing WE.

I was sharing dorm with Fernanda and Anabel from Buenos Aires plus Stéphanie from Switzerland, also her doing a World Tour. They were so cool and friendly that I spent most of the time with them, visiting the city  or sharing some meals. 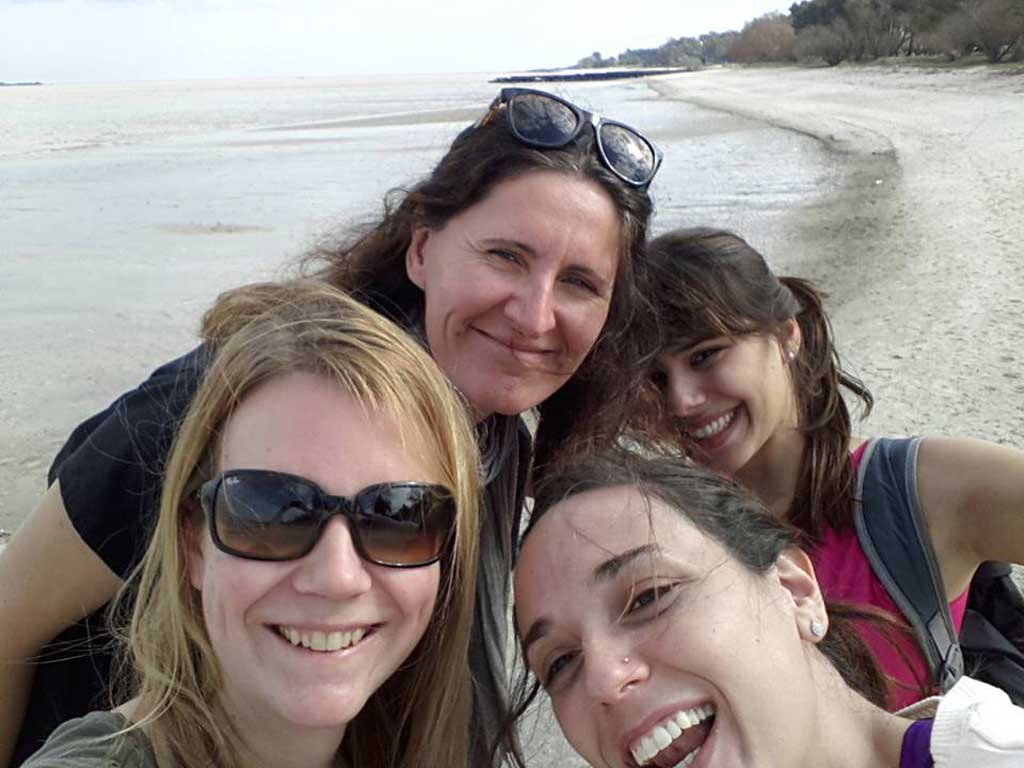 Uruguay turned to be my country #60 (visited since I started traveling) so the girls helped me to find a cool place to take the remembering picture. There was nothing really representative of the country in Colonia so in the end an Uruguayan flag did the job, lol. 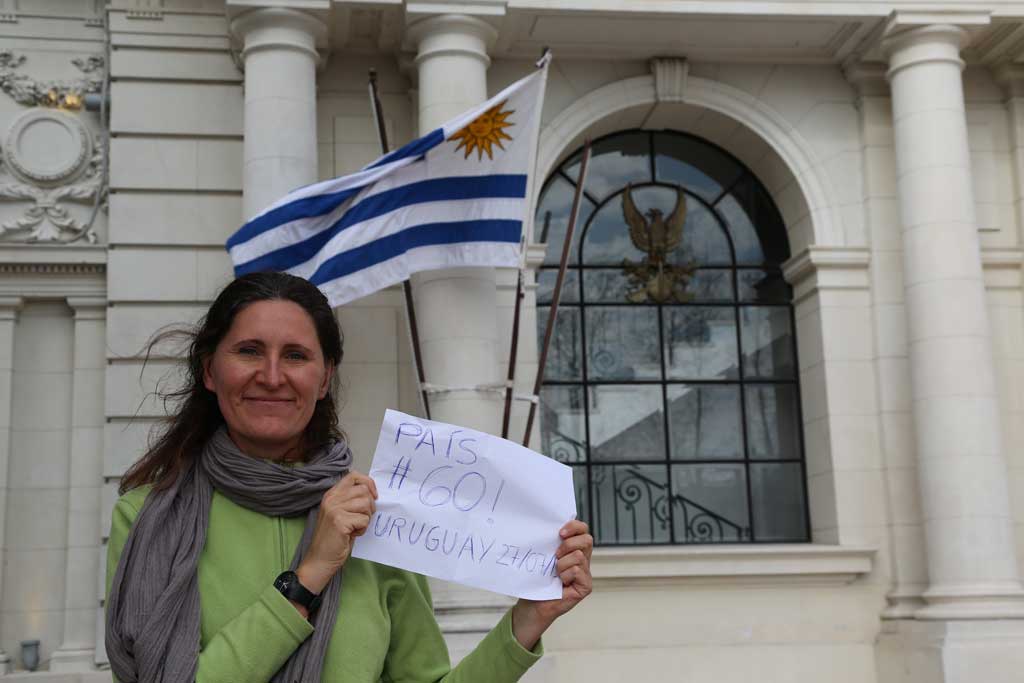 I spent happy moments with the girls in Colonia and little by little I started to accept that this fantastic year around the World was ending, that it was time to go home and it was OK like this. Thanks girls for your company! 🙂 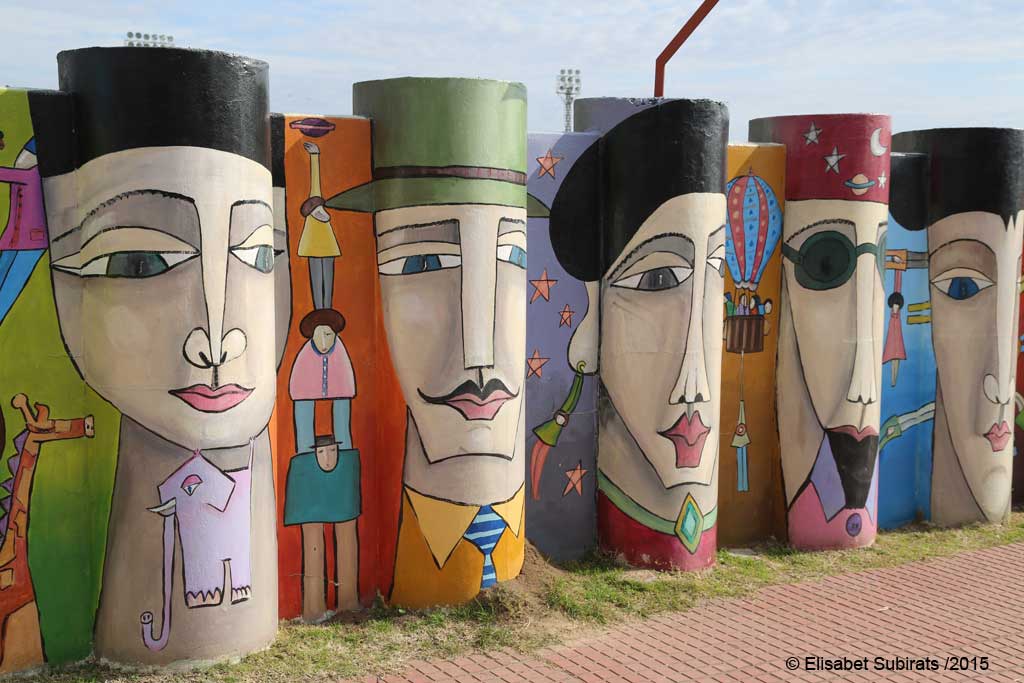 Permanent link to this article: http://holaworld.fr/celebrating-my-country-60-in-colonia-de-sacramento/