One week in Lagos

Where the jungle meets the Caribbean Sea (at Tayrona)

After two flights Paris – Bogotá and Bogotá – Cartagena my world (and my mood) changed completely. Blue sky, colorful houses . . . and sun! Yes, we were by the Caribbean Sea and, like locals, it was time to take it slowly and have fun 🙂

The city of Cartagena de Indias (its full name) was founded in 1533 par Don Pedro Heredia, conquistador español. During the colonial period Cartagena served a key role in administration and expansion of the Spanish empire. It was a center of political and economic activity due to the presence of royalty and important people. Cartagena Walls (las murallas for locals) were constructed because of the frequent attacks by pirates who were attired by the city’s richness and the economic importance of the port. It is like if time had stopped inside these walls because the architecture and atmosphere should not be much different in colonial times. Actually Cartagena is one of the most important historical cities in South America and its walls are the most important fortifications system in the continent. And of course Cartagena is a delight for photographers! Anywhere you go, there is always a nice corner to immortalise with your camera, such a beautiful city! 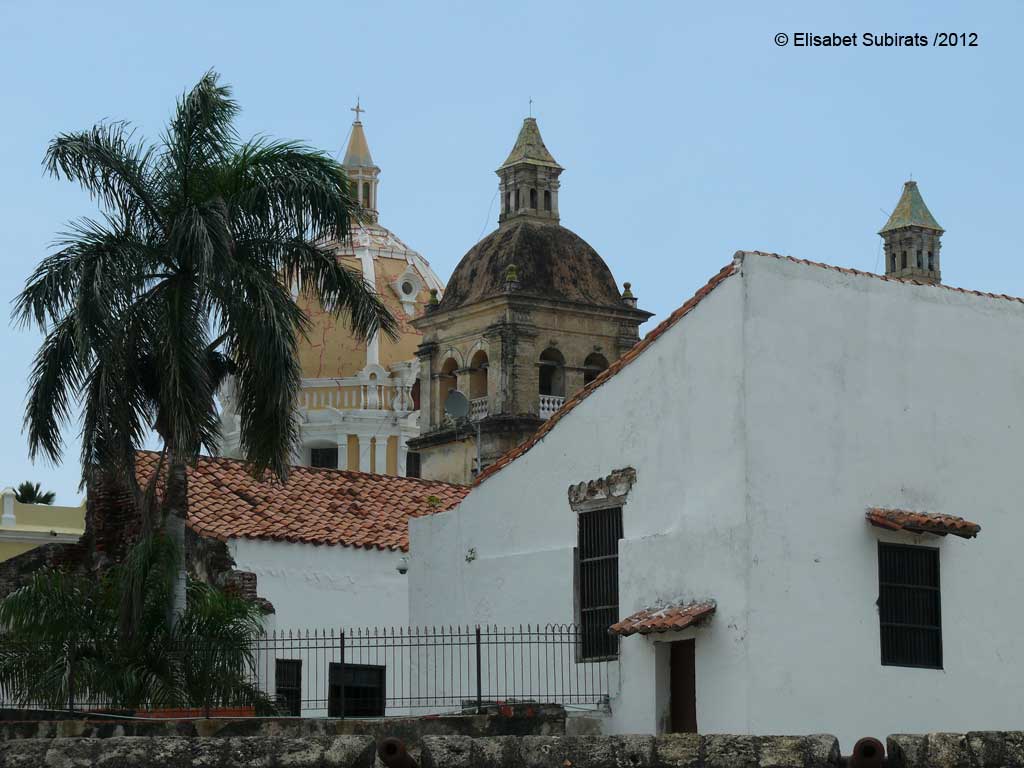 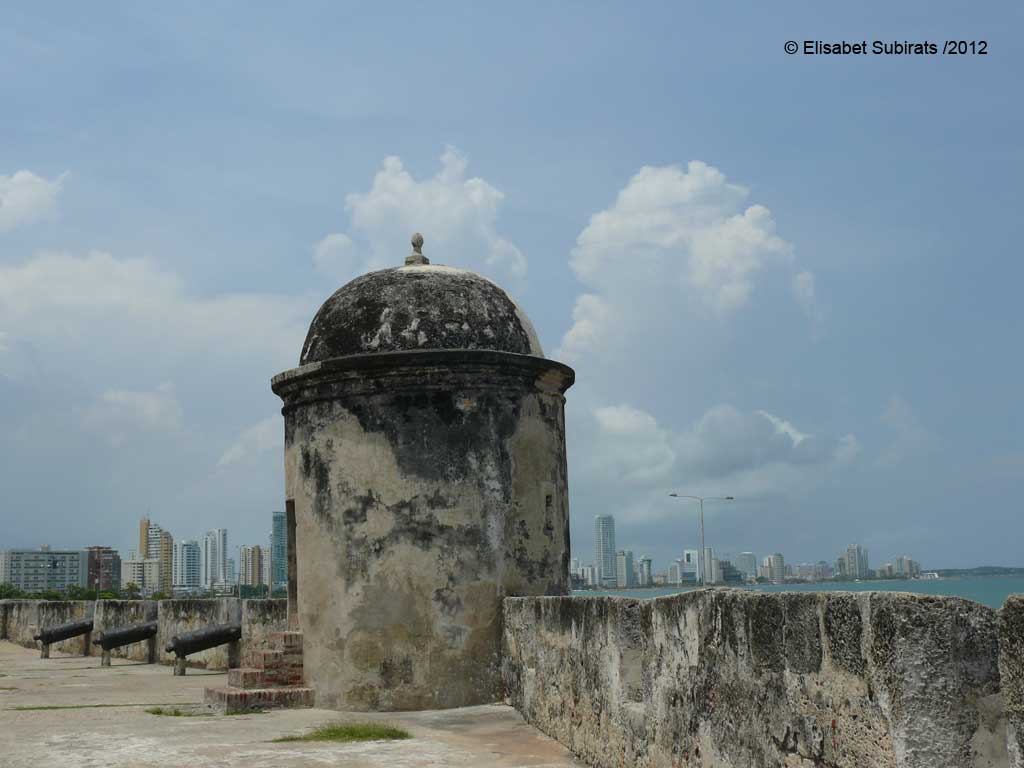 Although Cartagena does not have major monuments, I was very interested in visiting it because of Gabriel Garzia Marquez’s novel “Love in the time of cholera” which although set in an unnamed city, it was obviously in Cartagena. El Portal de los Dulces, el Portal de los Escrivanos, S. Pedro Claver Church, the Cathedral . . . anywhere I went I  had the feeling that Florentino Ariza and Fermina Daza (the main characters) could appear around the corner at anytime. 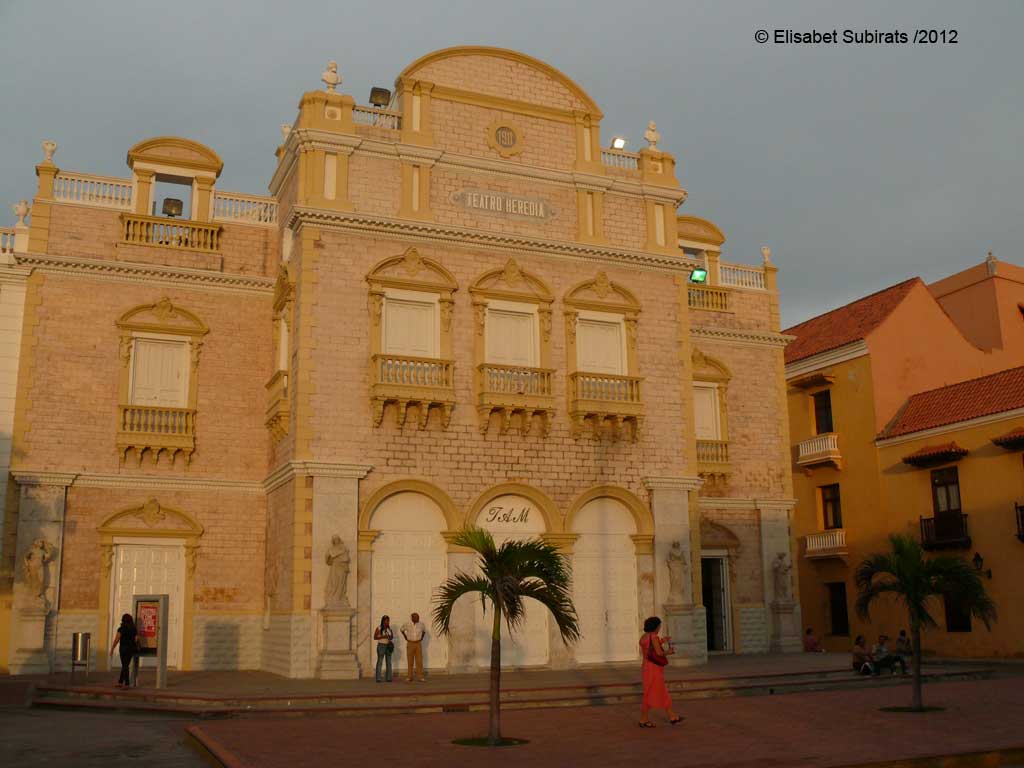 This Cartagena, however, had a little Disneyland touch with many boutique hotels, design shops and too many tourists, the kind of place where it was difficult to buy local and eat local. Apart from the touristy Cartagena, the one that I saw, it seems that there are two more Cartagenas: real Cartagena, where locals live and Bocagrande (Big Mouth) area. Originally constructed for foreign oil workers, Bocagrande consists mostly of the land acquired through land reclamation and contains today the bulk of the city’s tourist facilities for Colombians. You can see Bocagrande from Cartagena’s walls (second picture). 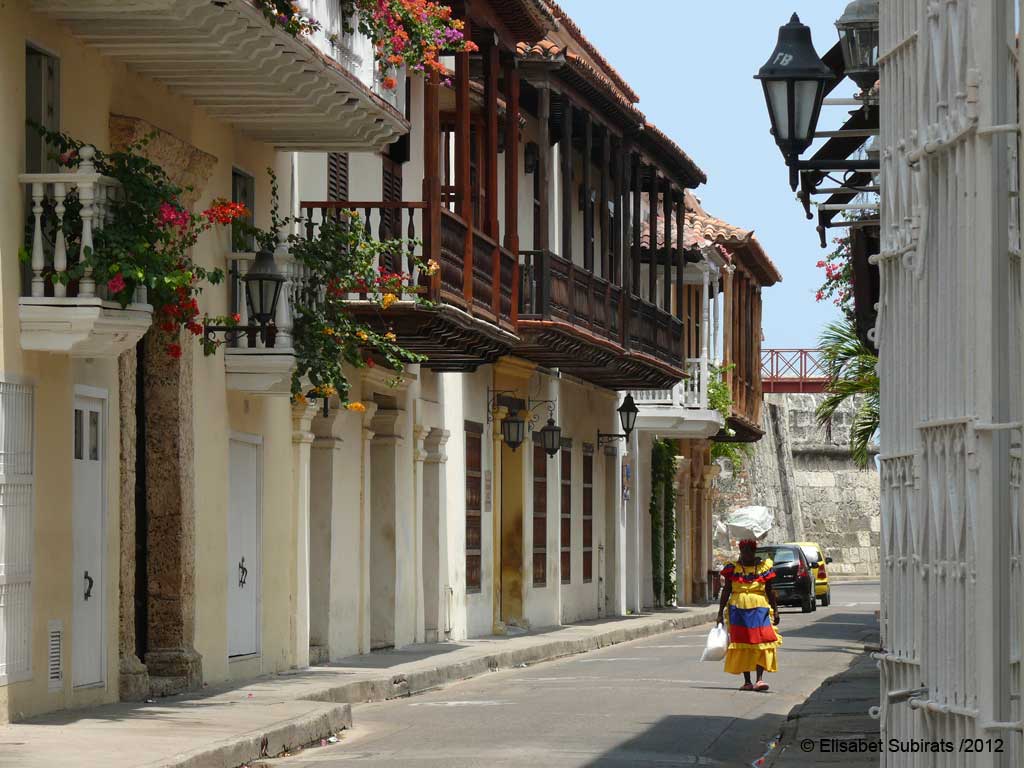 Our hotel was outside the wall, in barrio Getsemaní, the main area for budget accommodation. On the second night Getsemaní’s neighbours organized a mini party at the church square, not far from our hostel, with some music, local staples and a good vibe. I bought a hotdog (un perrito caliente), a cerveza and sat on the church stairs just like locals for a little bit of people watching. Our trip to Colombia could not start in a better way! 🙂

Permanent link to this article: http://holaworld.fr/colorful-cartagena/