Counting islands (on the Land of 4000 Islands)

This was the last stop in Laos, an archipelago of little islands and islets on the stretch of the Mekong River, at only few kilometers north of the border with Cambodia. This laid back region is the perfect place to slow down and relax for a while. The two biggest islands concentrate all the tourist structures and bungalows. Don Khon is the “quiet island”, for visitors who want nothing else than relax on a hammock with a good book. Don Det is the “party island”, where for a bunch of notes everything can be “happy”. 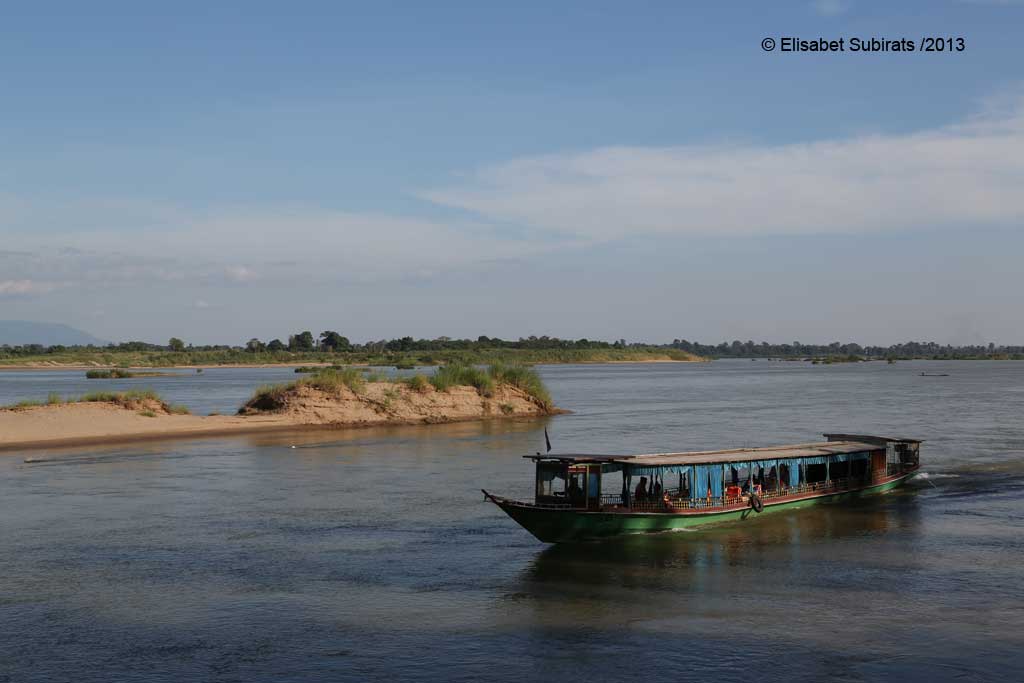 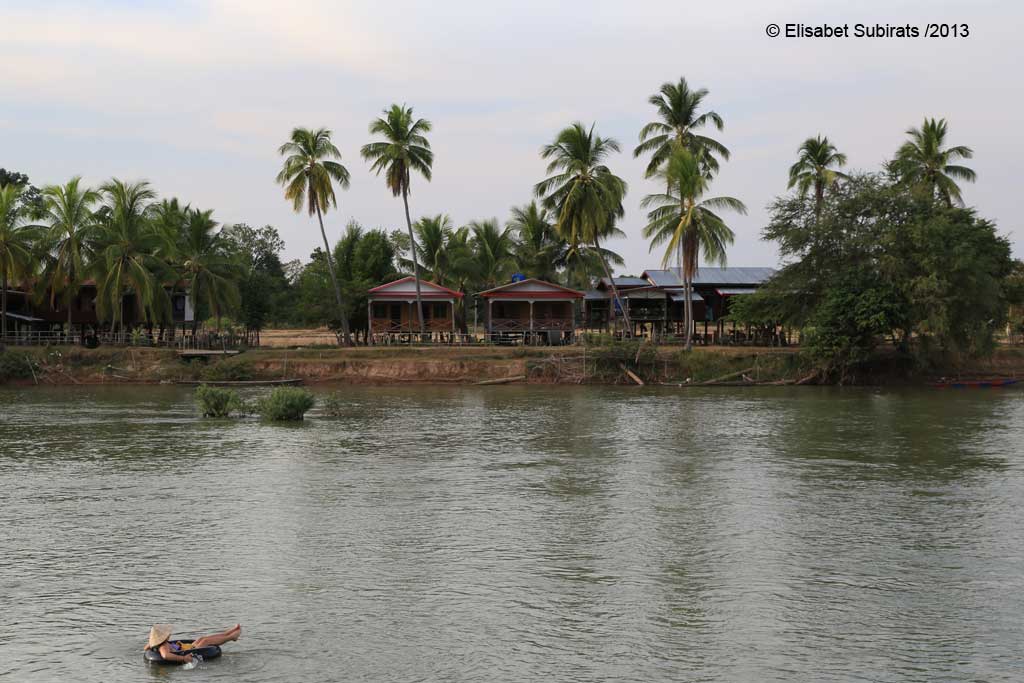 We took a nice bungalow at Don Khon with views over the Mekong. That quiet life was OK for me for a while (let’s say 2 hours) but after lunch I was already out to see what the island had to propose 😉

On that first day we discovered Don Khon by bicycle. It was a nice ride crossing rice fields, water ways with some water buffaloes and primary forests. There were also few temples and many waterfalls or rapids. Locals believe that waterfalls are a trap for bad spirits as they wash down the river, that’s why they never bathe near waterfalls. However water runs so fast that the spirits are, in my opinion, the minor problem if you decide to take a bath there. Sunset on Don Khon island is not to be missed 😉 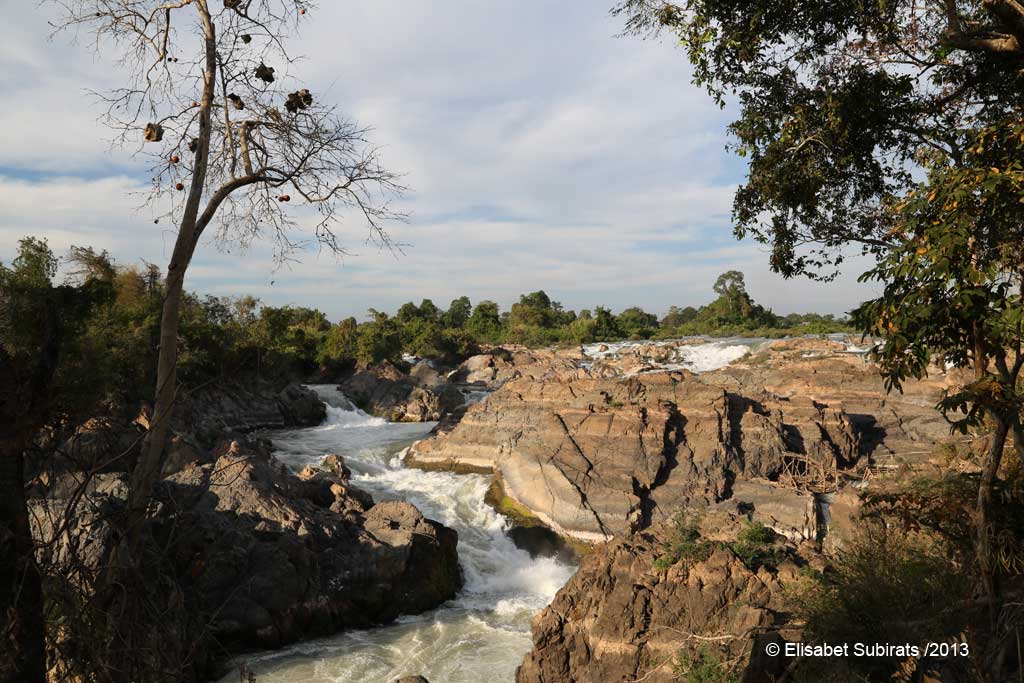 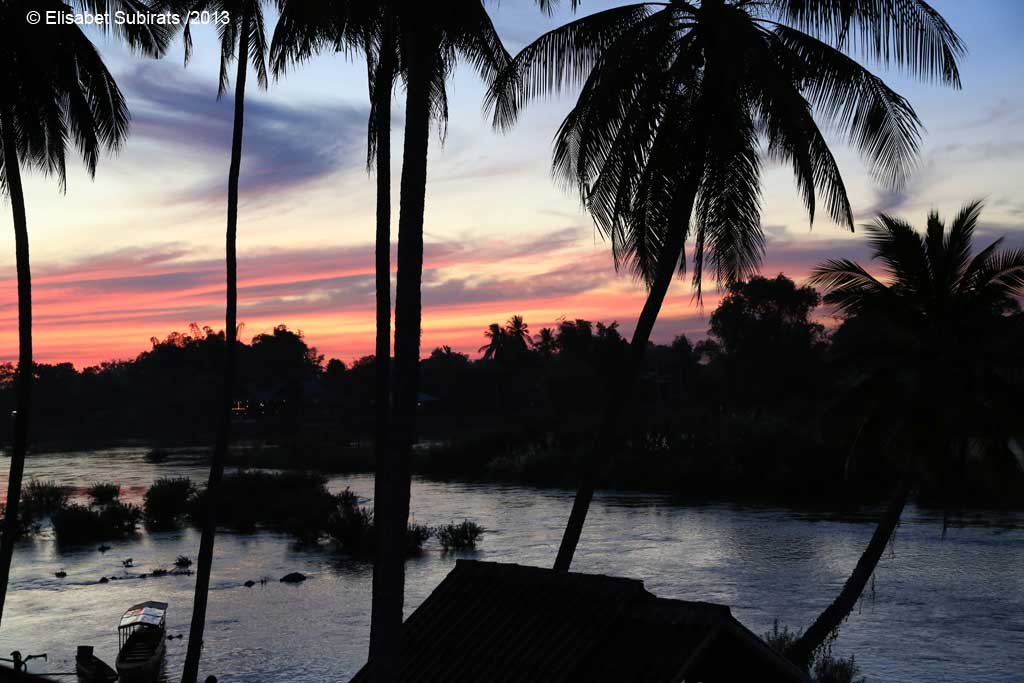 On the second day we went kayaking through the islets and rapids down to the Cambodian border. This is the best area to see the Irrawaddy dolphins, an endangered species of the Mekong River. I could spot two or three dolphins playing but they jumped too fast for pictures. The excursion finished with the visit of another impressive waterfall (Khone Pha Pheng, the largest waterfall in South East Asia) and a commemorative picture of the group. Laos, the land of a million elephants, could also be called the land of million waterfalls! 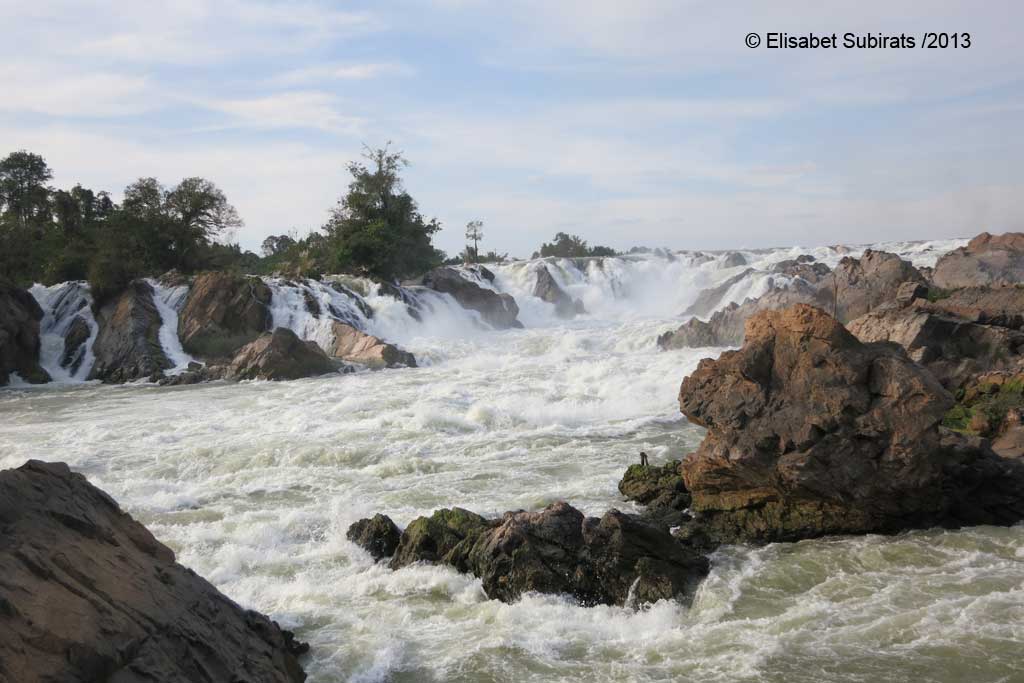 Permanent link to this article: http://holaworld.fr/counting-islands-on-the-land-of-4000-islands/