After a crazy travelling rhythm, I decided to settle for three nights in Galle. A city by the sea known for its fort, colonial architecture and with the Unesco stamp, Galle was the kind of place that I needed for a while. 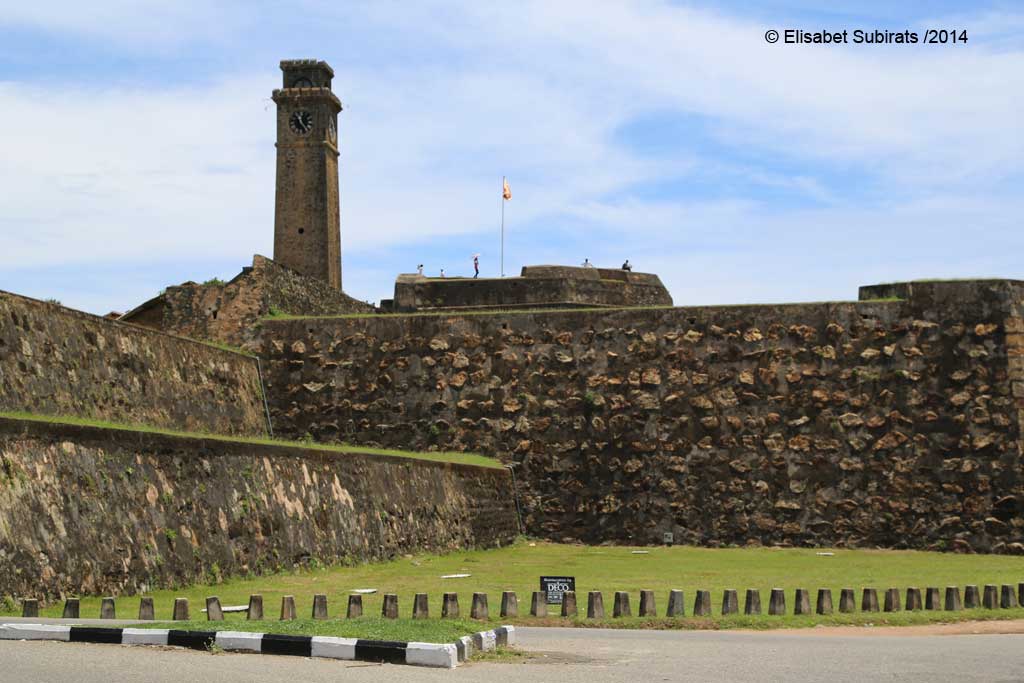 Galle’s fort was built by the Portuguese during the XVIth century, when the city was the major port of Sri Lanka. Then in the XVIIth century the Dutch arrived, took the city and destroyed almost all traces of its previous occupants. The former Portuguese fort was replaced by a larger and stronger Dutch fortress, which saved later the Old Quarter from the 2.004 tsunami. What you can see today in Galle is basically the Dutch heritage (it is also the Sinhalese city with the major concentration of bicycles, 🙂 ). 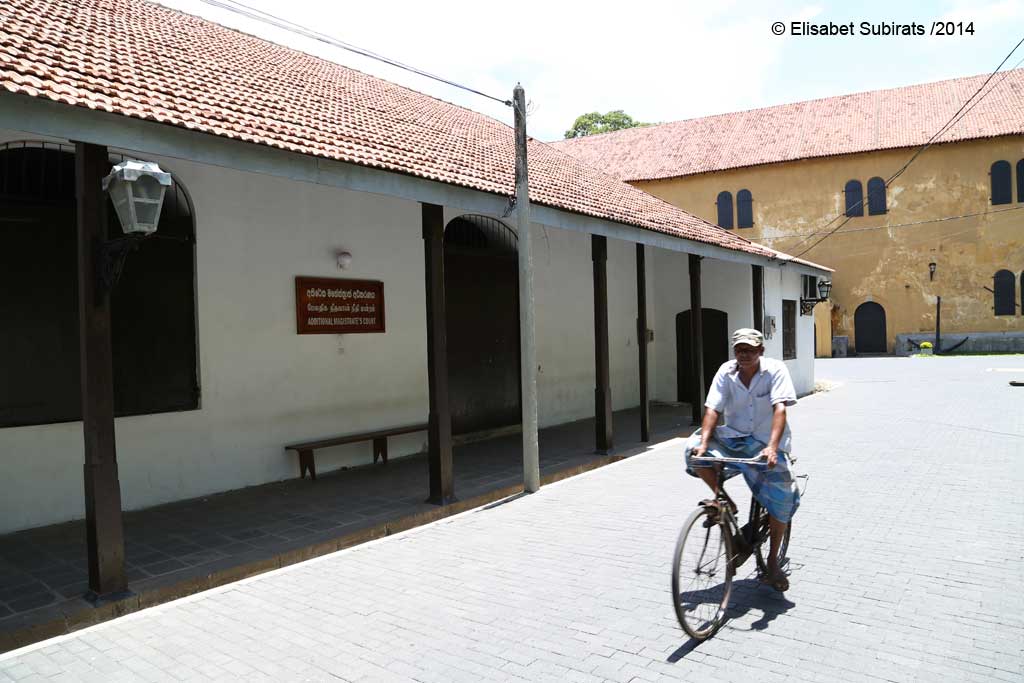 The best way to visit the Old Town, within Galle’s Fort, is to wander without any direction or map because there is a nice surprise at every corner. I enjoyed walking around the fort’s walls, it was a great place for people watching, especially at dusk when locals go out to breath some fresh air. My first day in Galle was on 1st May and most of the locals had their day off so the atmosphere around was more joyful than usual. 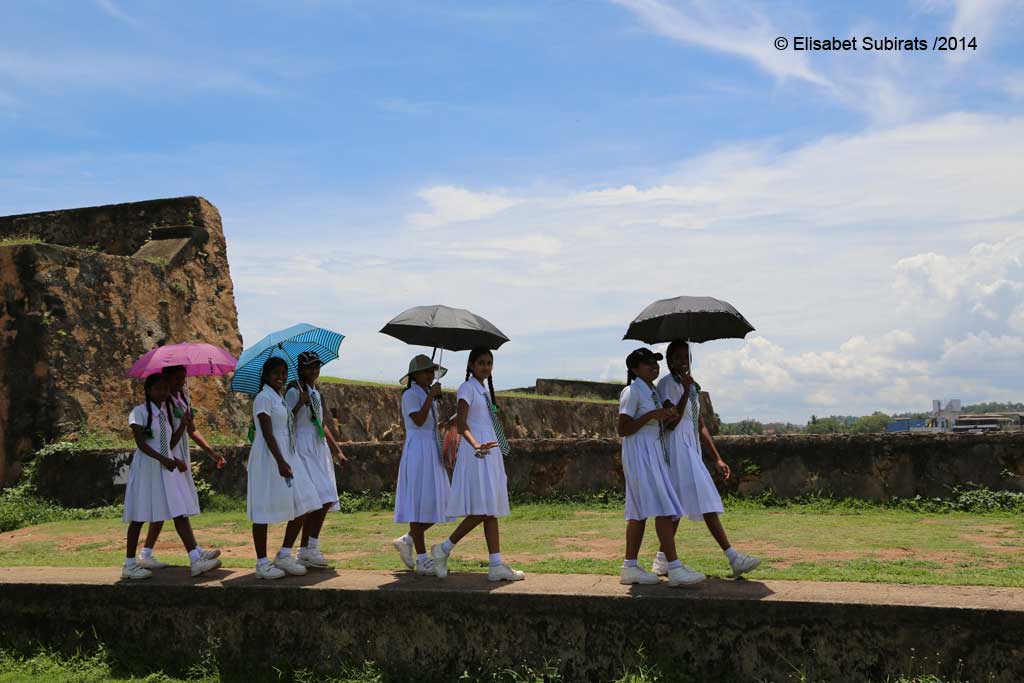 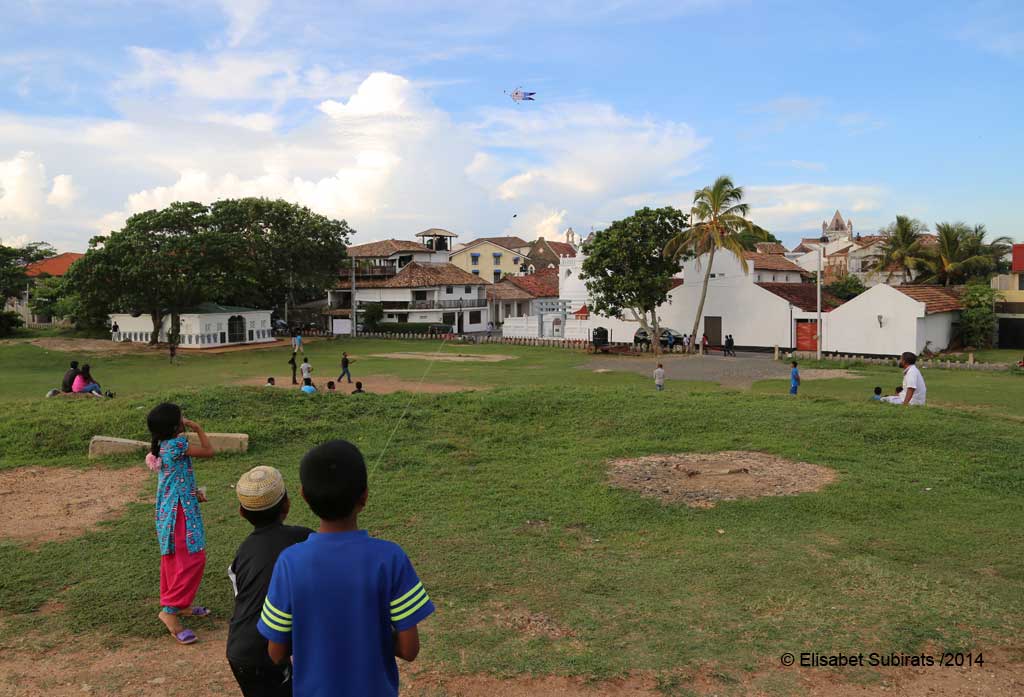 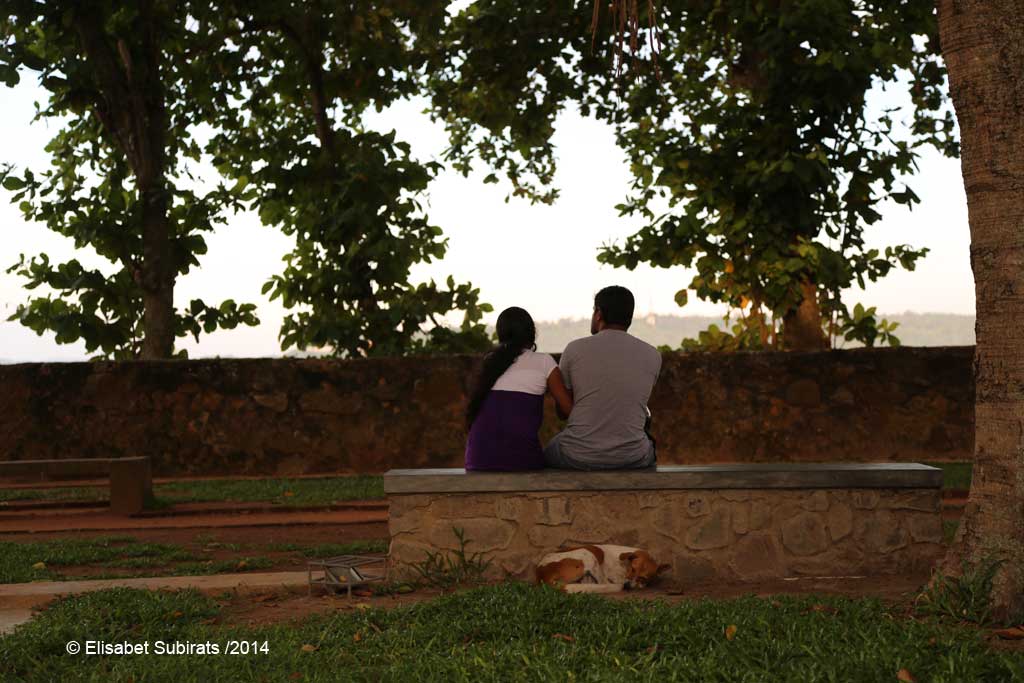 The Old Town is a beautiful historical quarter with an interesting, original architecture but it is also full of expensive boutique hotels, fashion souvenir shops and western cuisine restaurants, which unfortunately give the ensemble a touch of “Mickey Land”. The following day I was happy to leave the walls to see how was real life in Galle. 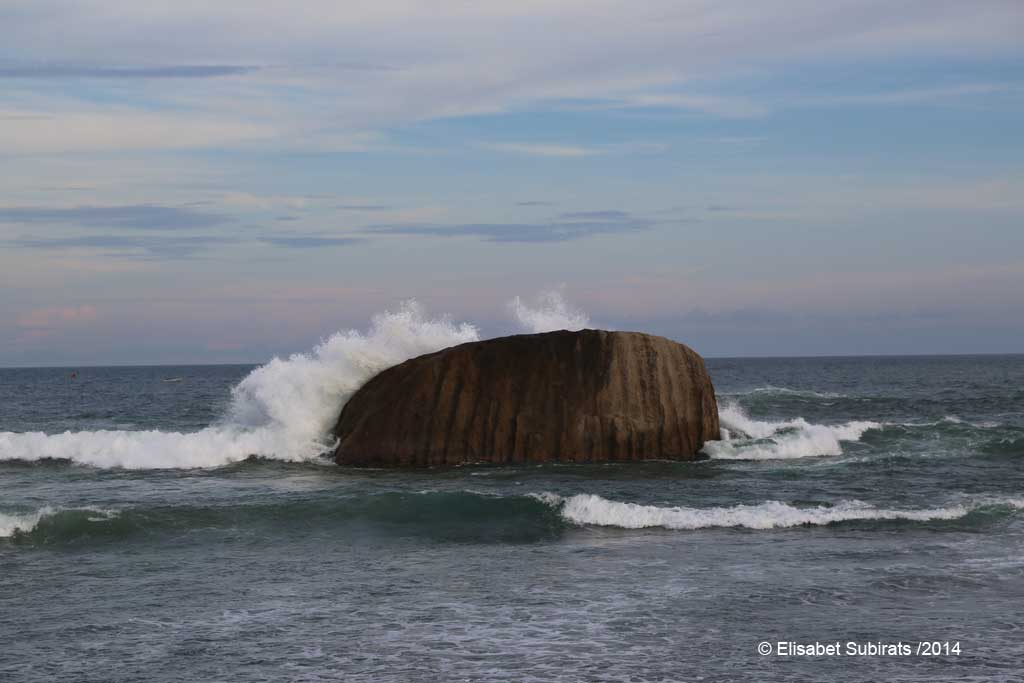 Permanent link to this article: http://holaworld.fr/decompression-at-galle/