Exploring the cities of Segou and Mopti

One of the highlights of any trip to Mali is Djenné’s mud Mosque but its market, at the foot of this huge construction, is as interesting as the mosque itself.

Djenné is located on the shore of Bani River so you need a ferry to reach the city. Built on a little hill, it’s also known as the “Niger’s Venice” because during the rainy season the city is all surrounded by water. Djenné was founded in the XIth century and has always been a very important commercial point between the Savannah and the desert. Djenné’s weekly market (on Monday) is a gathering point for different ethnic groups who come here from different parts of the country to sell their products. Usually dressed with their colorful traditional costumes, this blend of tribes is a wonder for photography lovers! 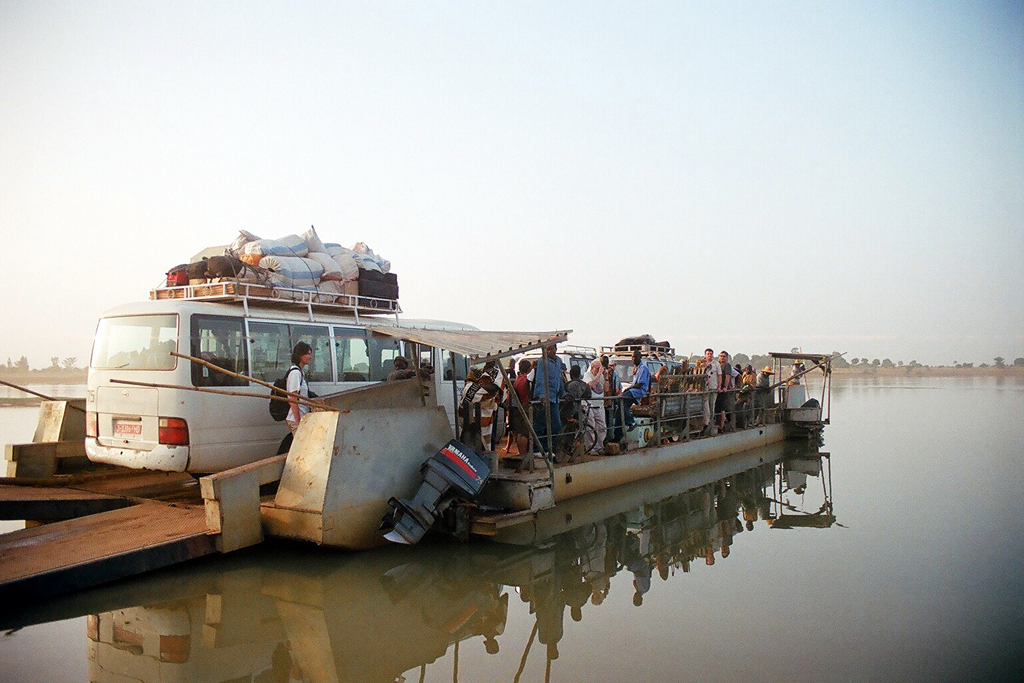 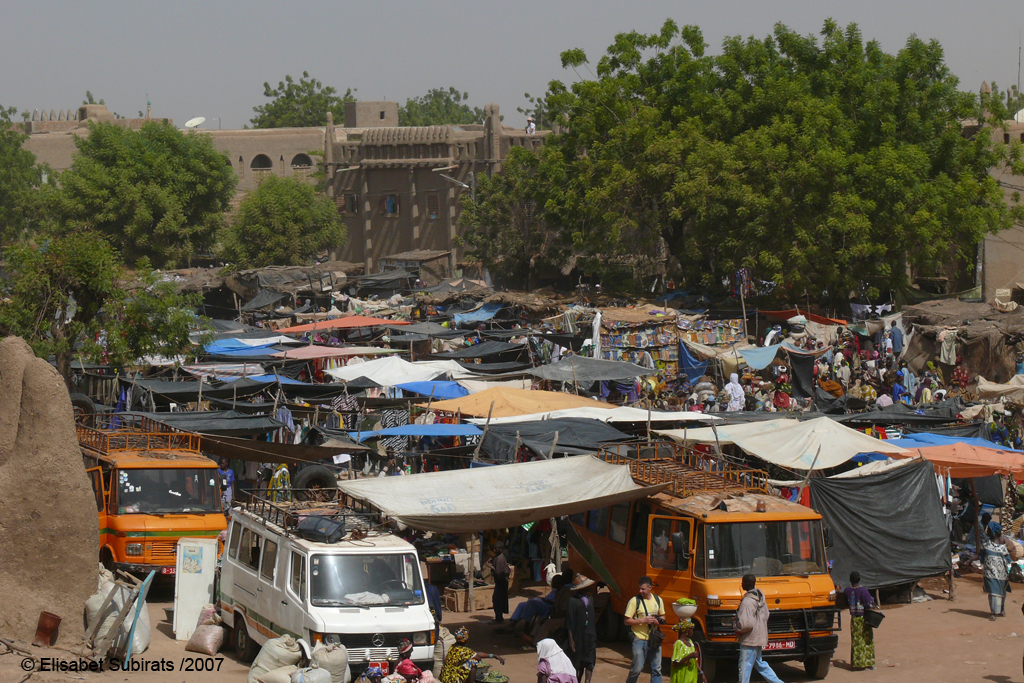 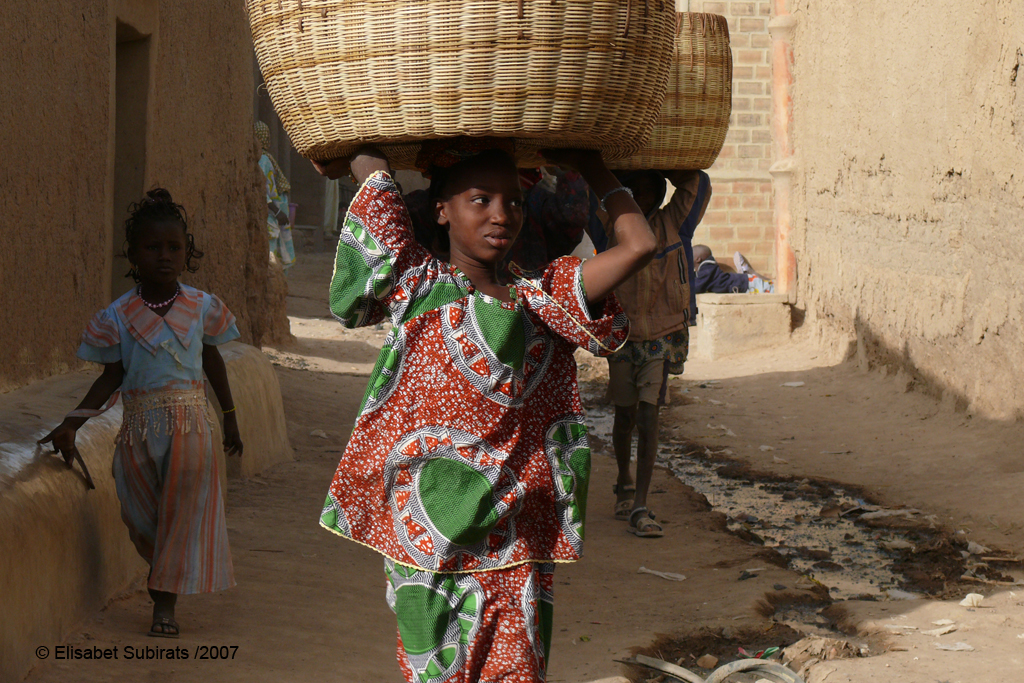 Djenné is probably the most ancient and most impressive city in all West Africa. The entire city is built with mud coming from the Niger River and it’s considered a “protected city” and World Heritage by Unesco. Walking through its narrow streets is like going back 50 years in time! Not far from the mosque there are some streets with a beautiful architecture which reminded me of Morocco. These houses were built by Moroccan merchants spending long time in Djennée for business and they wanted to feel a little bit “at home” there. We are always talking about Mali’s typical mud architecture but with some Moroccan features, like the windows. 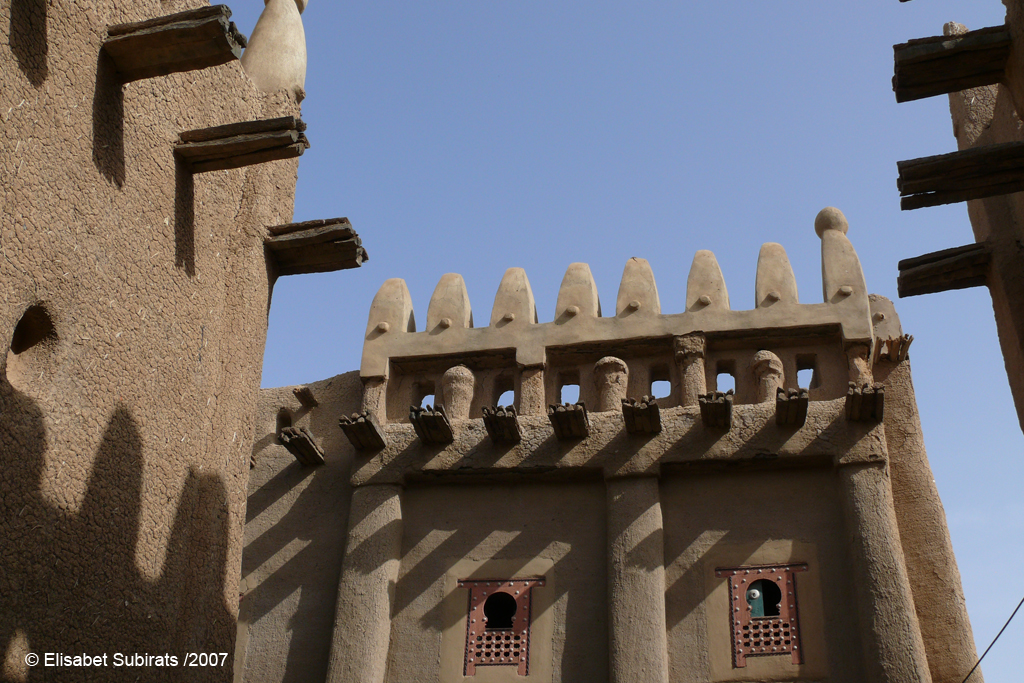 Djenné’s jewel is its mud mosque, built during the XIXth century to replace a similar building of the XIVth century. For its construction they used the traditional Sahel’s mud architecture so the mosque is very vulnerable to rain and other weather conditions and must be restored every year.

The mosque’s restoration is a very important event for the people of Djenné and other villages around. Everybody contributes somehow to the restoration (carrying mud, water, doing the restoration itself . . .). They re-plaster the mosque walls to cover dirt and cracks made by the wind and rain during the rainy season. The wood sticks on the walls are used as scaffolds. This is an event which must be very impressive to see and it’s a good example of community work. In 2007 the restoration was on 27th December but I don’t know if the date is always the same.

You can take good pictures of the mosque from the terraces of the neighbor buildings. You’ll have to pay a little sum to climb up to the terraces but it is worth it.

The entrance to the mosque is only allowed to Muslims but if you walk around it early in the morning soon local people will come to you proposing to visit it for some euros.
I was very interested in visiting it so I agreed to pay the small fee. The mosque’s interior was not very interesting in the end (just a deep “forest” of columns) so if you cannot visit it don’t be too sad ; -) 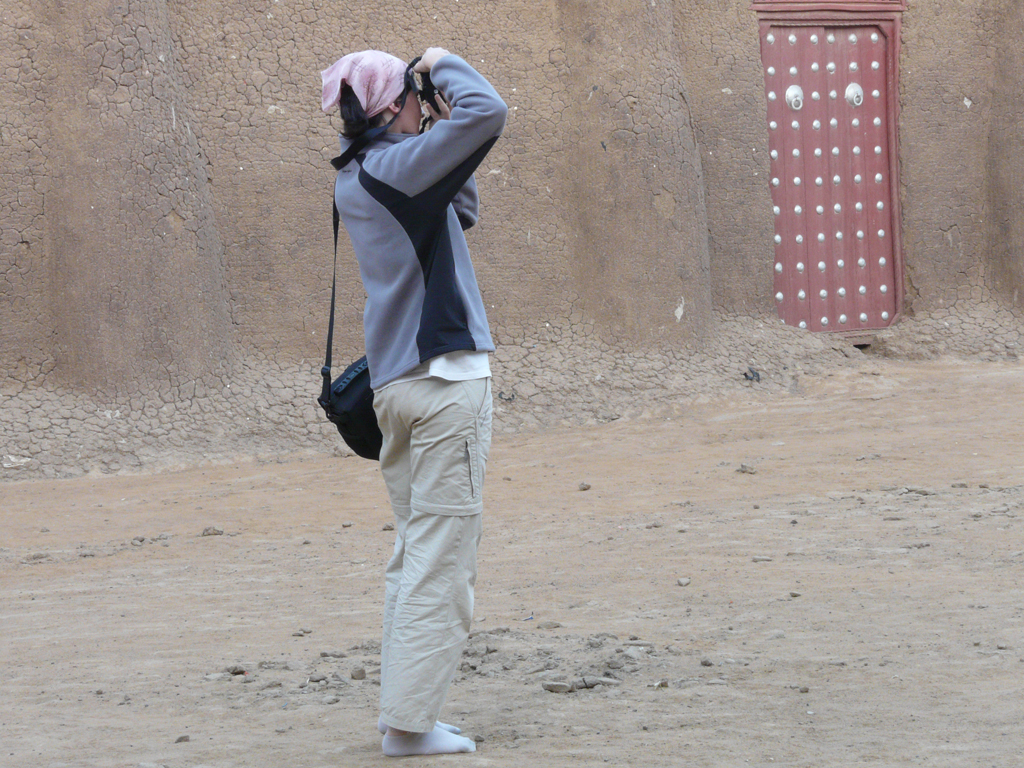 Permanent link to this article: http://holaworld.fr/djennes-mud-mosque-and-market/