This was my first trip up to the mountains (1.200 m) of Myanmar, escaping from crazy and dusty Mandalay. Pyin Oo Lwin (pronounced Piulín) was also a break in terms of landscapes and colors, a taste of rural life.
Founded by the British in 1887 as a hill station, Maymyo (its former name) was their favourite place to leave the heat of Mandalay for a while. The officers that missed their homeland found in Maymyo “the most similar place to England” in the stifling Burma. 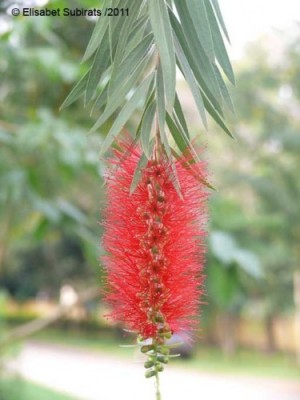 Today the name of this town is Pyin Oo Lwin. In 1989 the Regime decided to re-baptize cities, villages and streets. Soldiers said that it was necessary “to get rid of old colonial labels” but the real motivations were stronger than the official version: they were rewriting the country’s history. When a place gets a new name, the old name disappears from the maps and, after some time, also from the men’s memory. Doing like this, Burma disappeared as a country and now there is a new country called Myanmar.

George Orwell visited Maymo at least twice (he joined Indian Imperial Police in Burma from 1922 to 1927). In his “Burma days” Orwell did not mention Maymyo but this city had a special place in his “Homage to Catalonia”:

From Mandalay, in Upper Burma, you can travel by train to Maymyo, the principal hill-station of the province, on the edge of the Shan plateau. It is rather a queer experience. You start off in the typical atmosphere of an eastern city–the scorching sunlight, the dusty palms, the smells of fish and spices and garlic, the squashy tropical fruits, the swarming dark-faced human beings–and because you are so used to it you carry this atmosphere intact, so to speak, in your railway carriage. Mentally you are still in Mandalay when the train stops at Maymyo, four thousand feet above sea-level. But in stepping out of the carriage you step into a different hemisphere. Suddenly you are breathing cool sweet air that might be that of England, and all round you are green grass, bracken, fir-trees, and hill-women with pink cheeks selling baskets of strawberries.

When you arrive to Maymyo from Mandalay, the feeling is still the same after all this time, especially the “cool sweet air” part, lol.

A little later after its foundation, Maymo became the headquarters of the Indian Army and still today the Anglo-Burmese and Anglo-Indian communities are very present in the town. This military tradition went on with the current government and nowadays Pyin Oo Lwin is home of the Defense Services Academy (DSA) and the Defense Services Institute of Technology (DSIT). The sentence “The triumphant elite of the future” written in gold letters on the monumental red entrance of the DSA, is very impressing. Obviously the military presence in town is very large, especially on Sundays, when soldiers have their day free. You cannot avoid them. 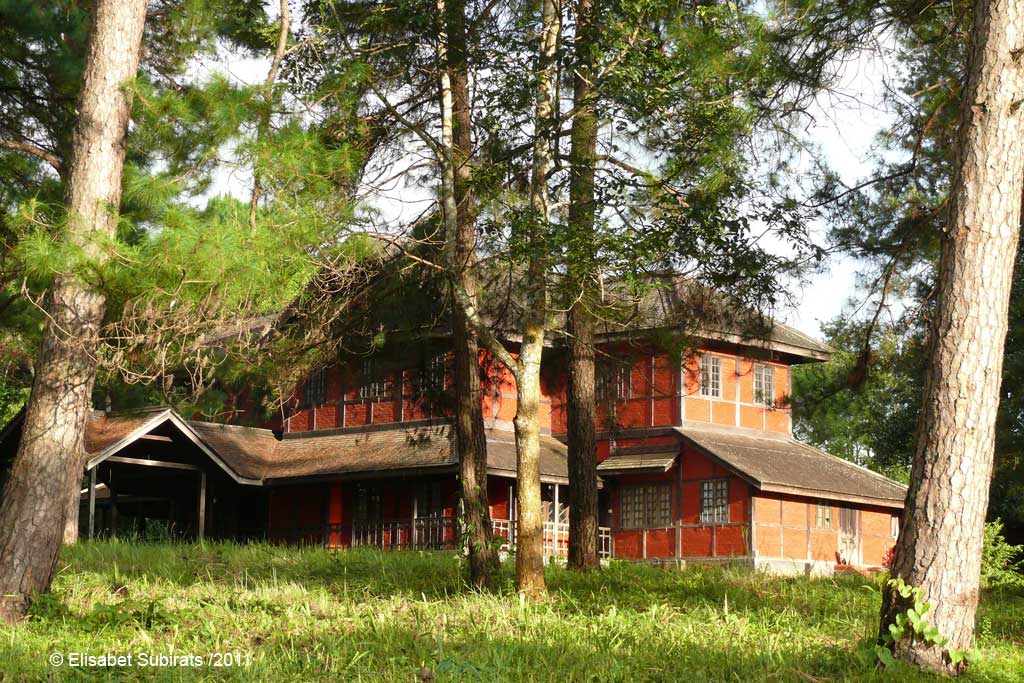 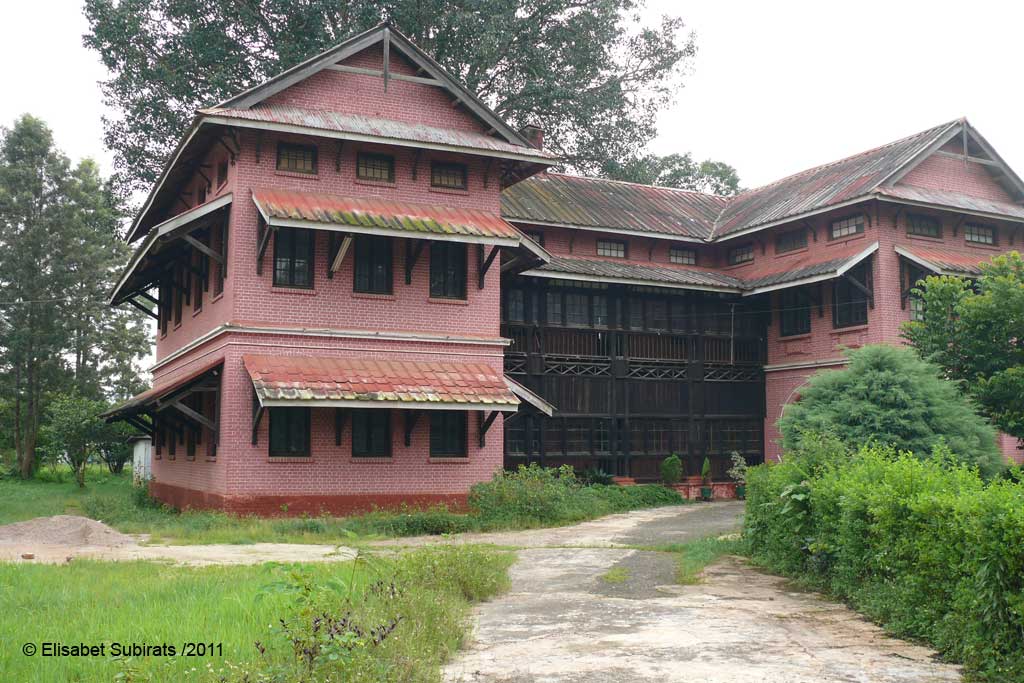 Apart from the colonial architecture, Pyin Oo Lwin has one of the most interesting local markets that I have seen in all Myanmar, with different spaces for fish + meat, fruits and spices. It is a good opportunity to see a little bit of local life as well. 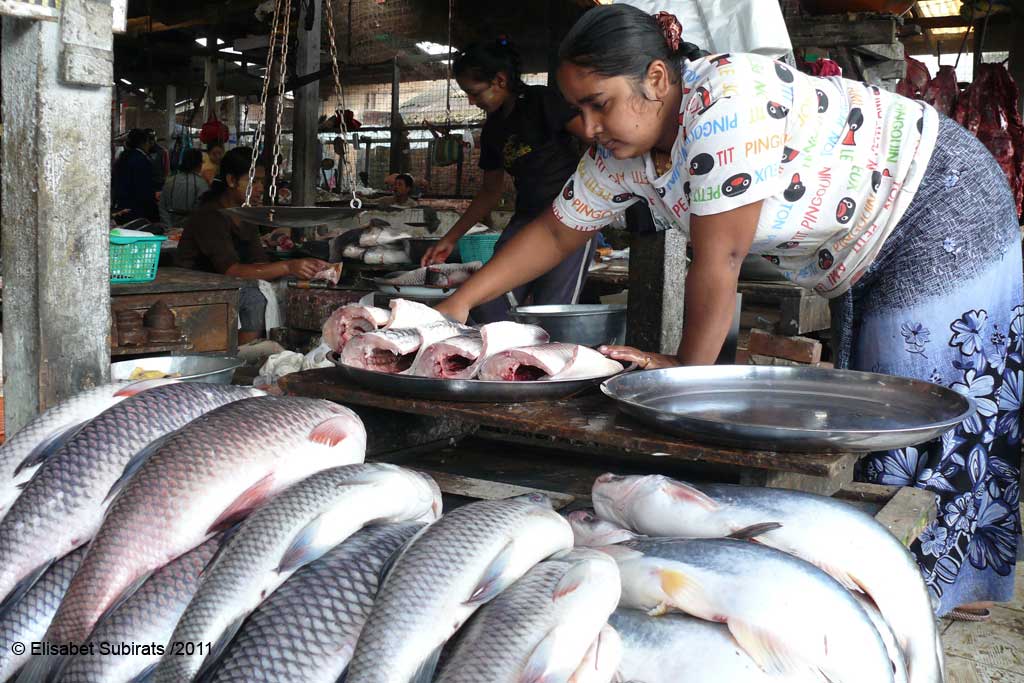 After sunset another market occupies Zeigyo Street, the night market. There are dvd stalls and so but most of the stalls sell food, which is cooked “sur place”. There are many locals having dinner there in those “improvised restaurants” so it’s almost impossible to resist the temptation 🙂 I bought some of these “salty cookies” on the picture which tasted like spicy mini pizzas . . . yummy! 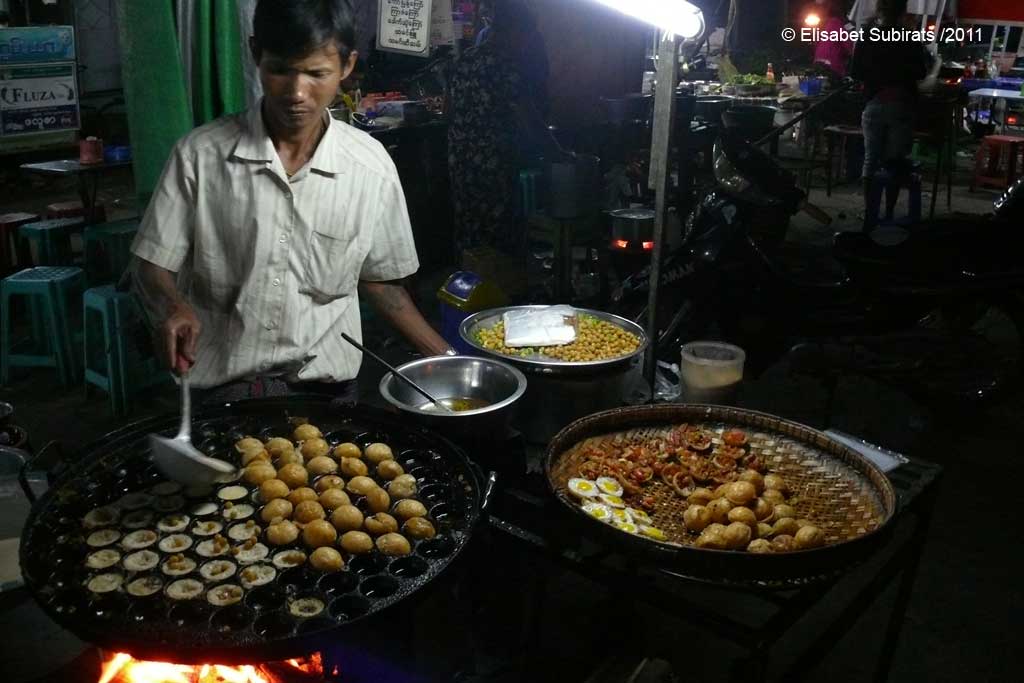 In Pyin Oo Lwin there are some nice hikes around. I did a 45 minutes hike down to reach the Anisakan Falls. The path was steep and very slippery, with beautiful flowers. Being rainy season, the falls were very impressive but it was not possible to take a bath, water ran very fast! Anyway, this was a nice place to chill out for a while. 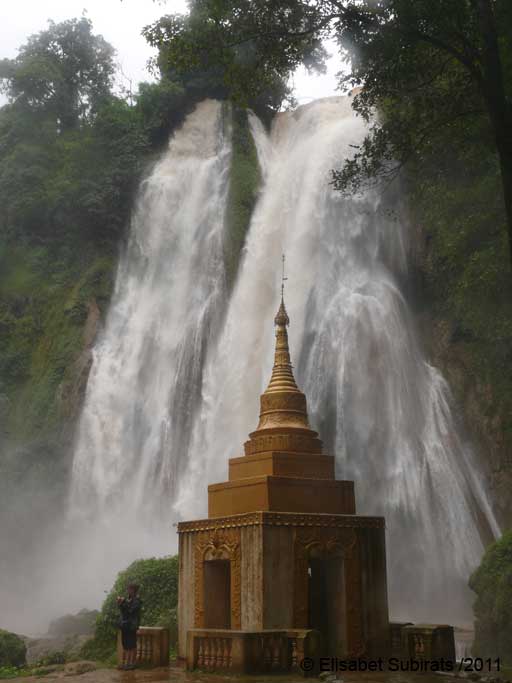 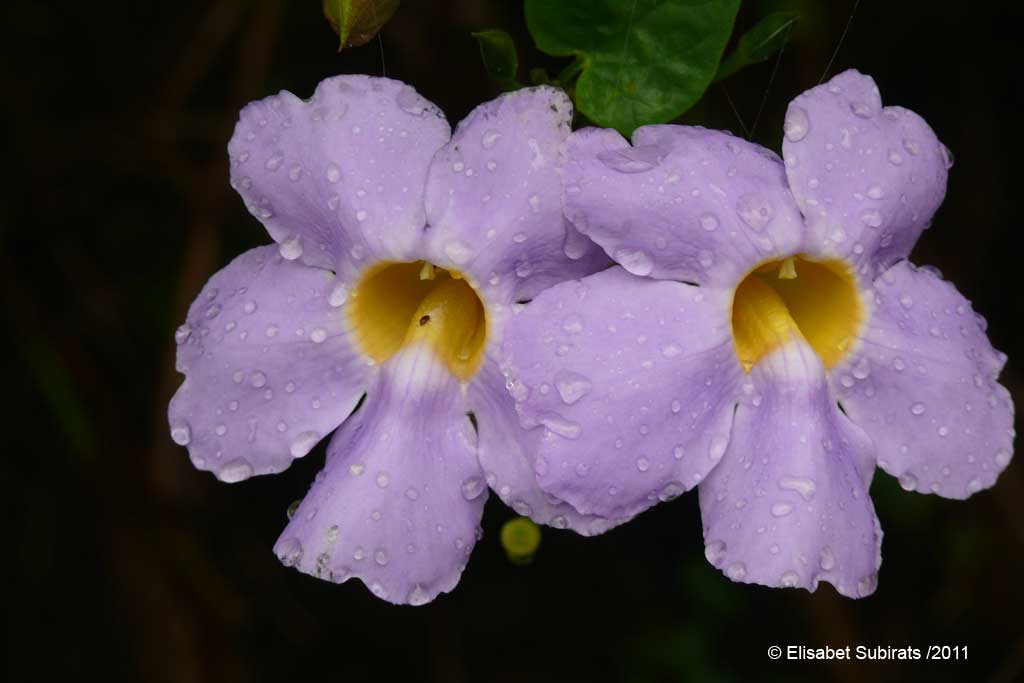 Permanent link to this article: http://holaworld.fr/escaping-mandalays-heat-at-pyin-oo-lwin/