Around Mandalay, there are many interesting things to visit which can keep you busy for a while. Twenty kilometers around Mandalay four capitals of ancient kingdoms, today deserted, can be easily visited on a half /full day trip.  My German friend and I chose a tuk tuk  tour to visit the main sites and two Australians staying at the same guesthouse decided to join us.

Our First stop was Maha Ganayon Kyaung, a monastery home of thousand young monks. These monks spend their whole day studying and praying and only eat once a day, at 10am. This “monks feeding” is a little bit a show, because it is always full of visitors with their camera. Still, it was very impressive to see all those monks doing the long line, waiting in silence to fill their bowl with rice and also the good volunteers’ coordination with the huge rice pots. It was my favourite activity of the day. 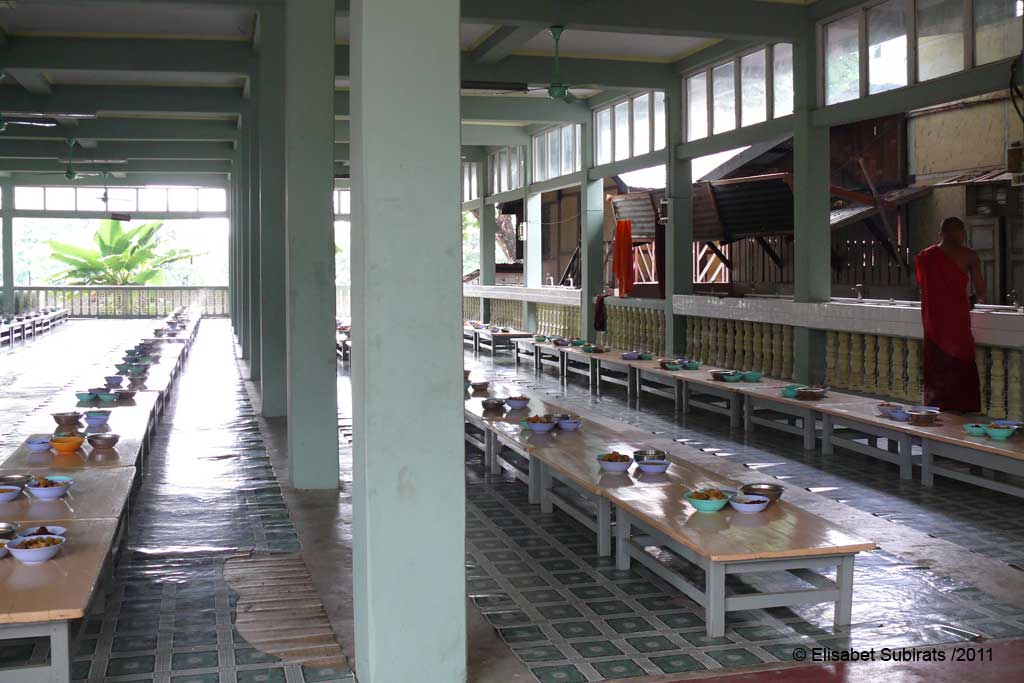 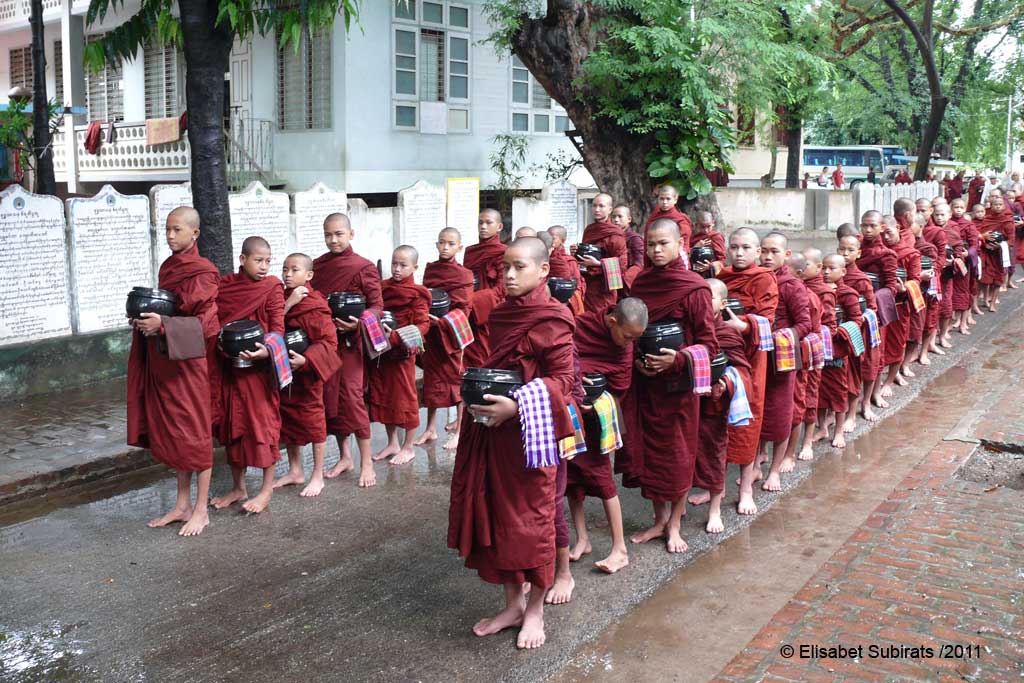 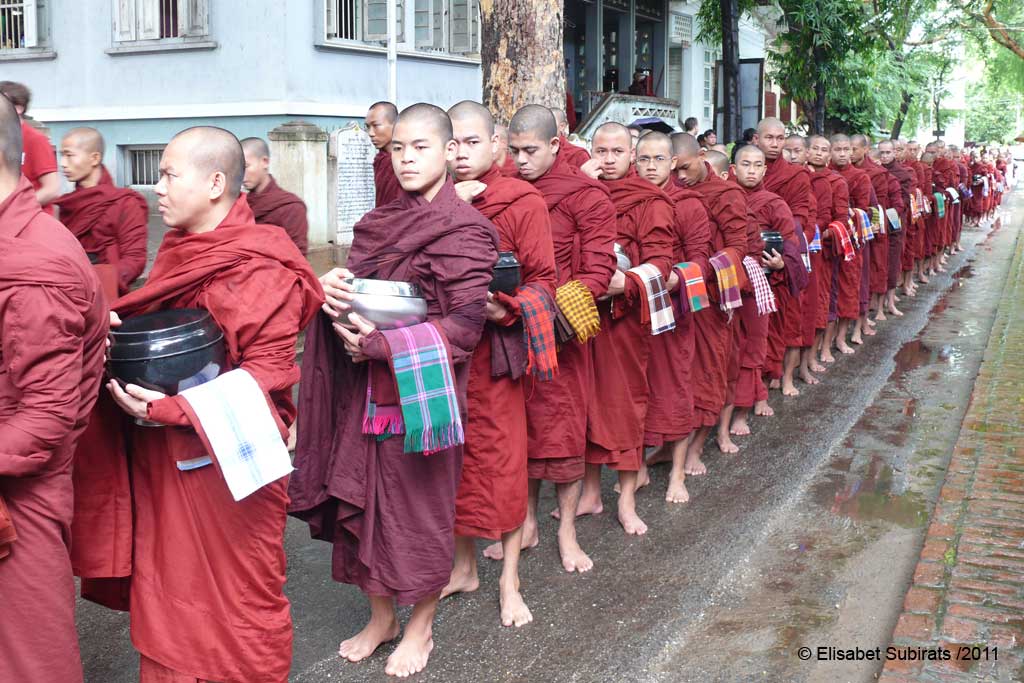 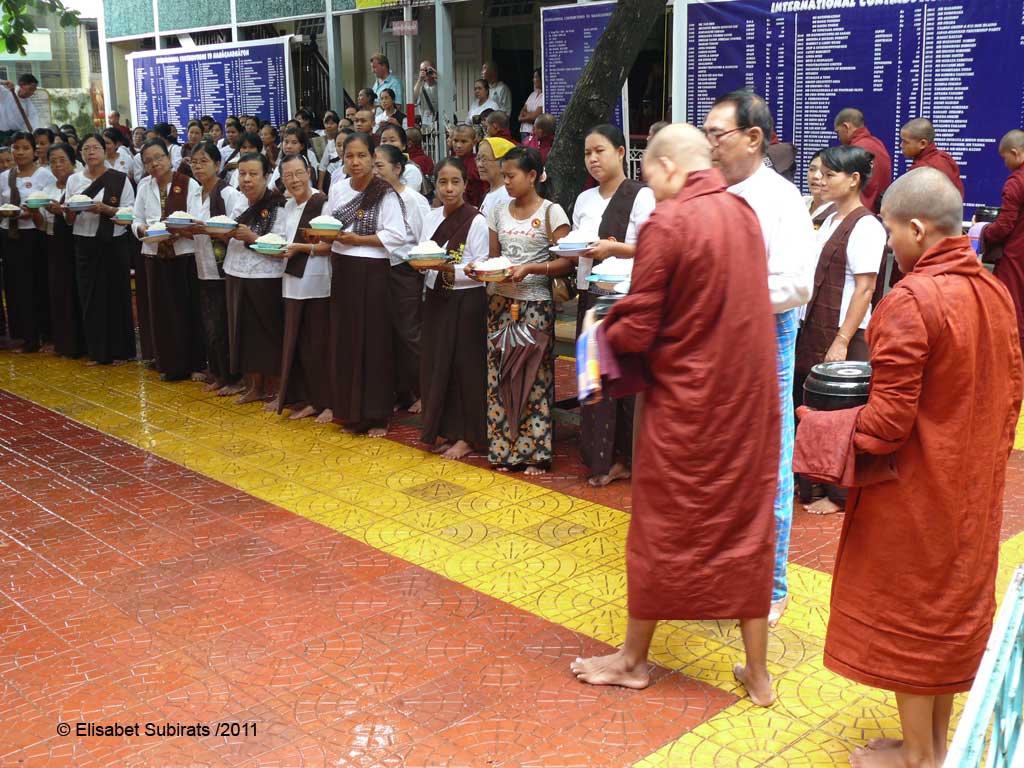 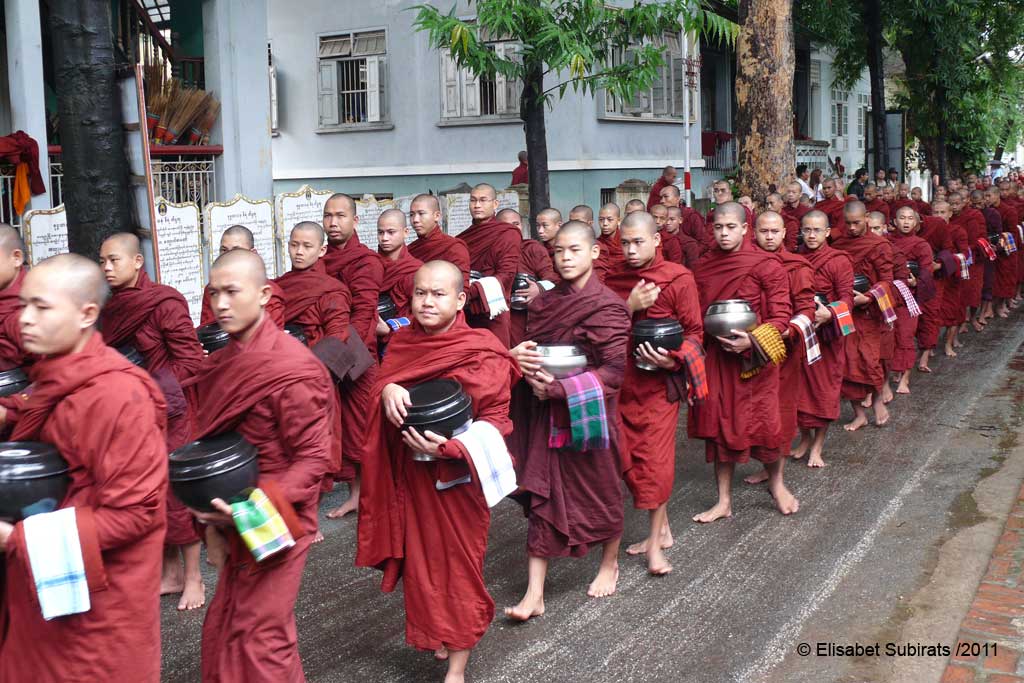 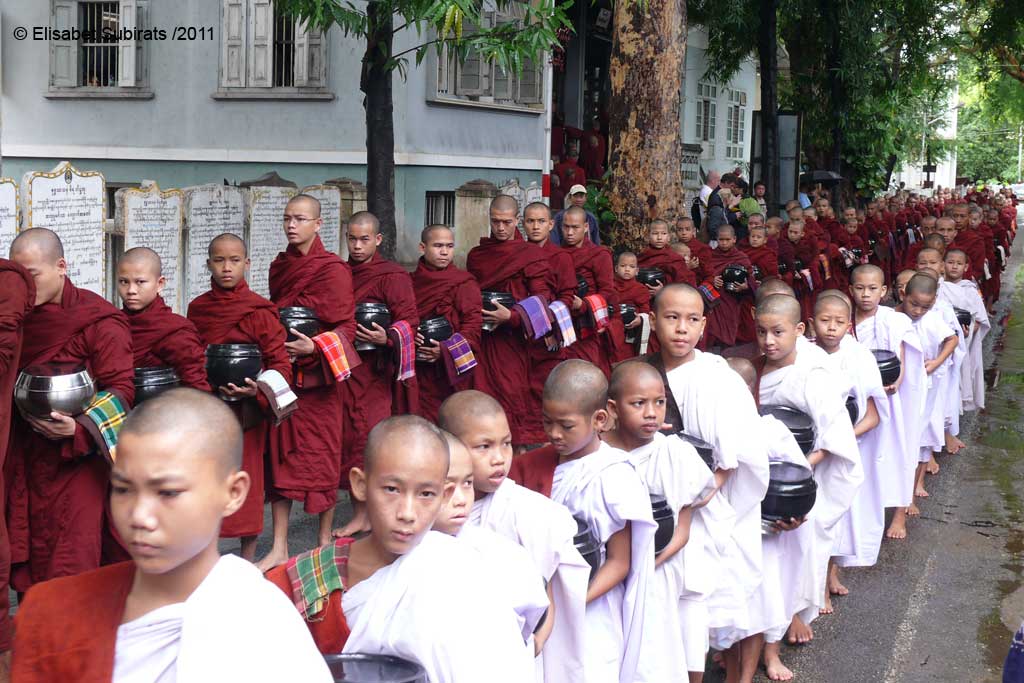 Next stop was Sagaing Hill. On the top there is a temple with superb views over something like 500 golden stupas built on the shore of Ayeyarwady river. After the fall of Bagan, Sagaing became the capital of independent Shan Kingdom, in 1315. Its days of glory were short because in 1364 the founder’s grandson moved the capital to Inwa. I cannot imagine how many temples we could see today if the kingdom lasted longer! The climb to the top looks like the one in Mt Popa but with mini monks on the roof instead of monkeys, lol. The steel bridges which cross the river were added some centuries later, by the British. 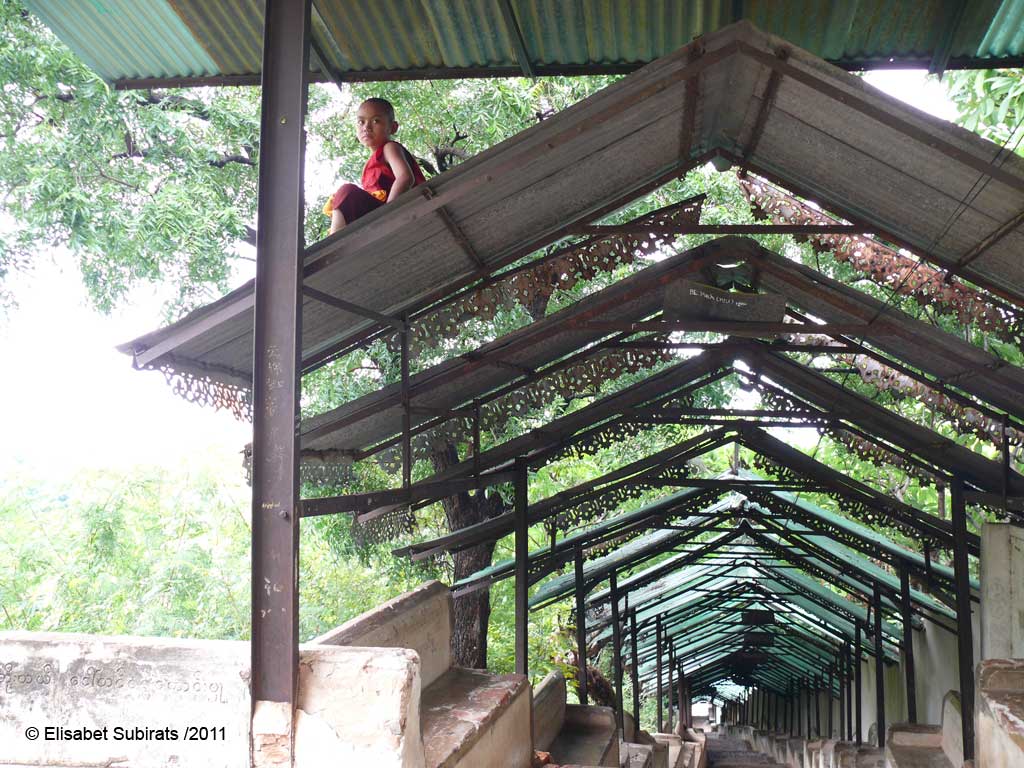 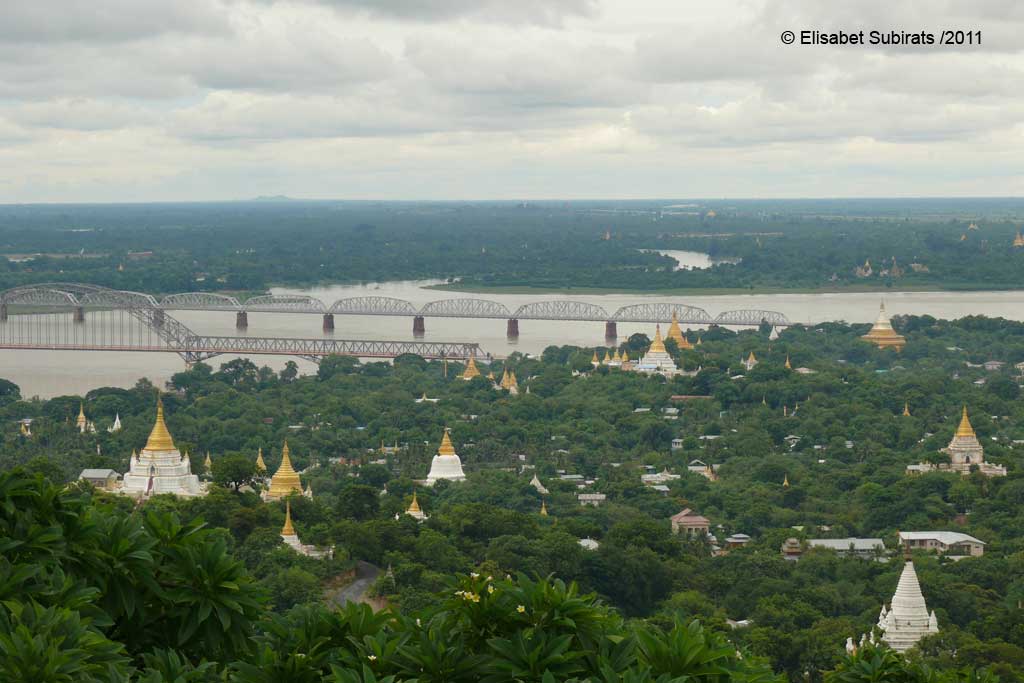 Third stop was the royal city of Inwa, the next city capital after Sagaing. This was the least interesting site of the tour and in my opinion the visit did not deserve all the complicated logistic necessary to reach it because Inwa is cut off from roads by rivers and canals. Still, I liked its “sauvage” side, this is a place few tourists visit! 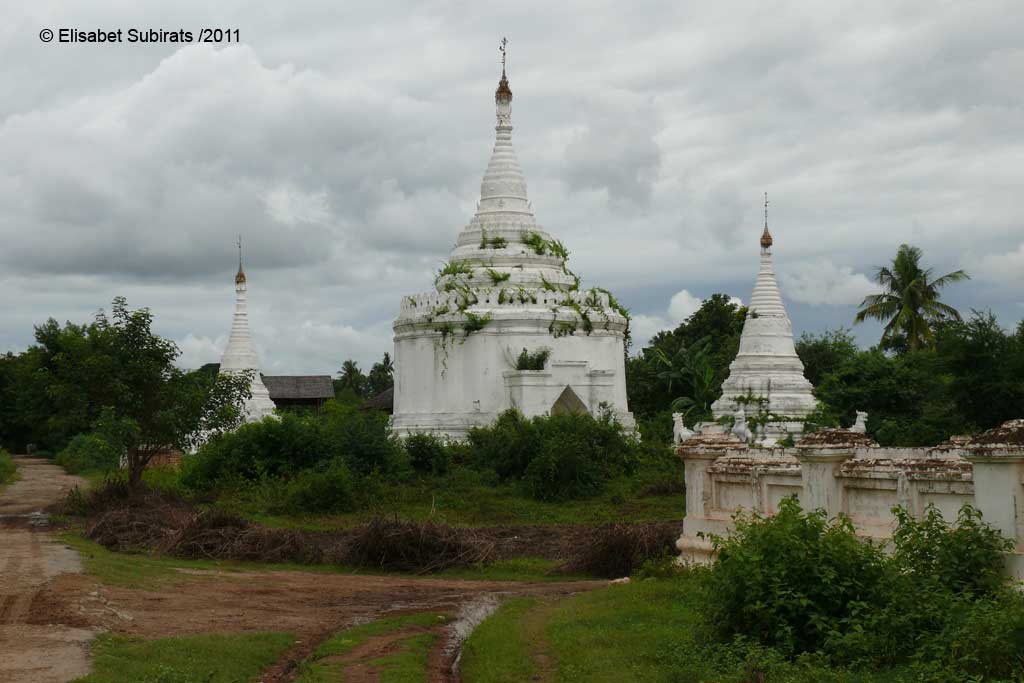 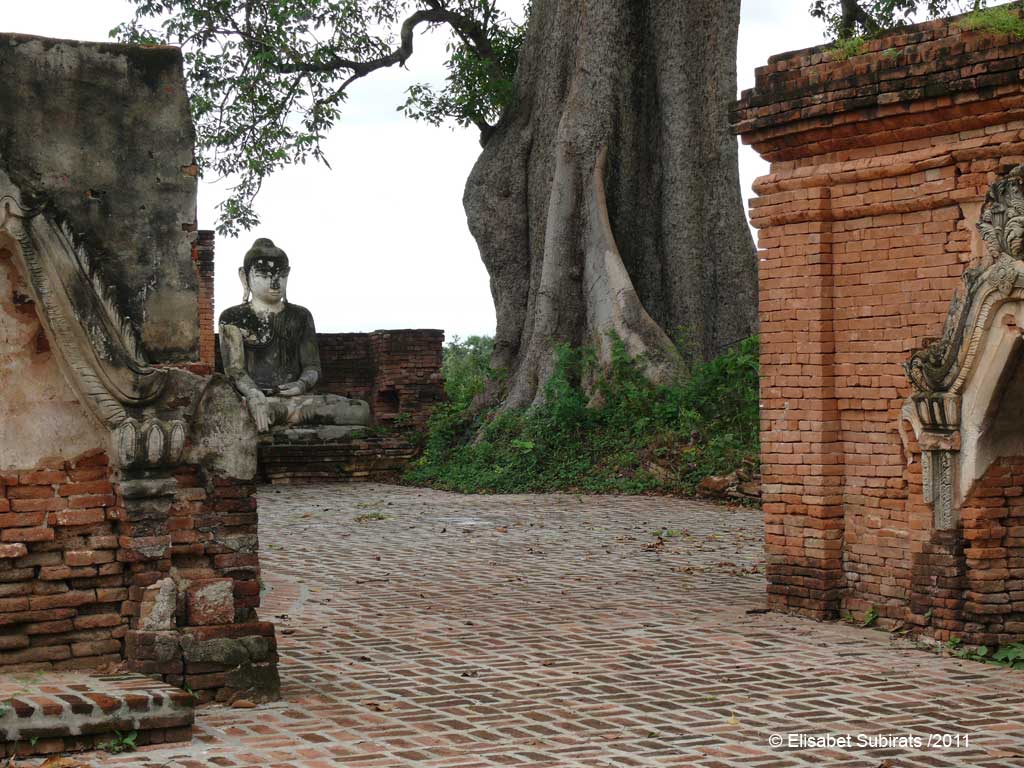 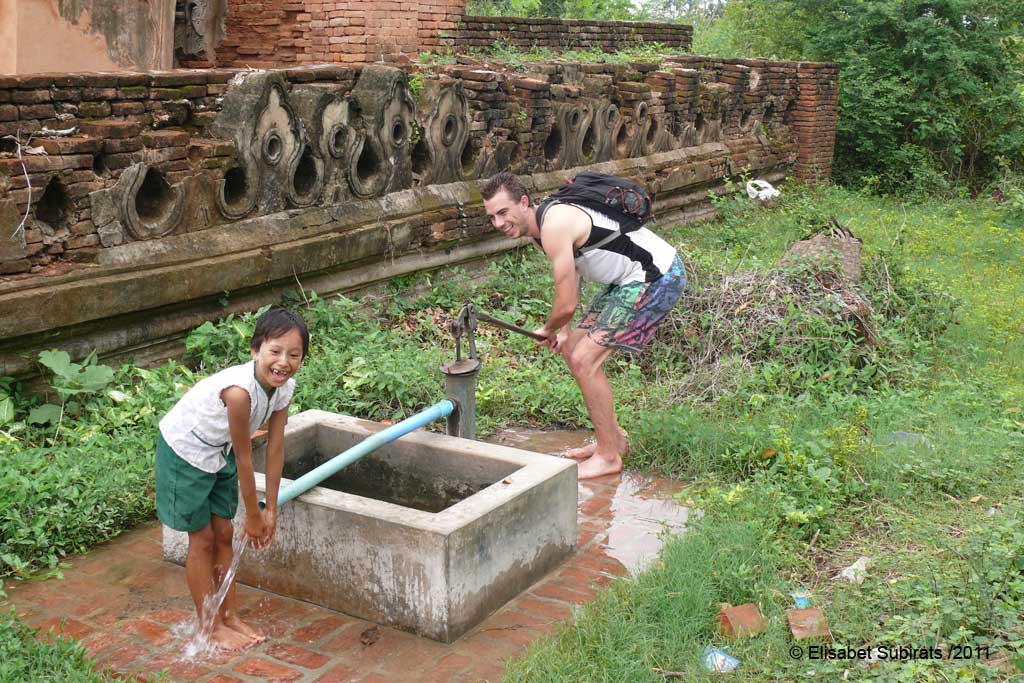 Last stop, was the famous U’Bein’s Bridge, the longest teak bridge in the world. It is best visited at dusk and sunset, when it is full of local life. It was a pity that the water level of the lake was too high (it was rainy season) and the bridge looked less spectacular than on the pictures. This is a great place for people watching. 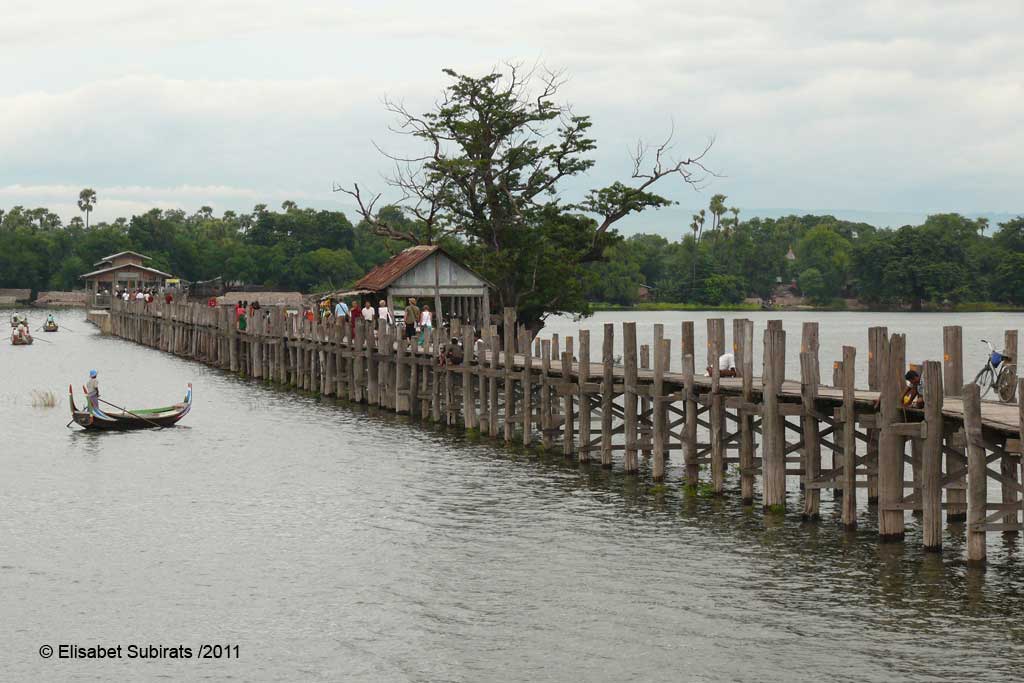 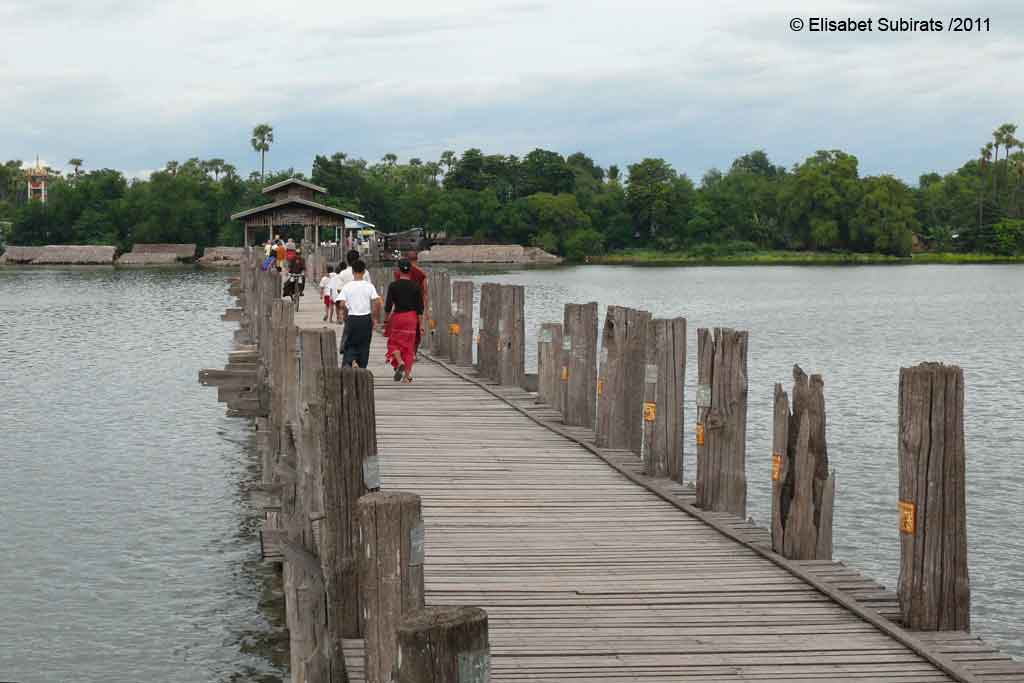 Permanent link to this article: http://holaworld.fr/exploring-ancient-kingdoms-around-mandalay/