A taste of Tibet (in Gansú)

My first stop after Beijing was Pingyao, in Shanxi province. Pingyao is an intact walled Chinese city dating from Qing-Dynasty heydays. It is really nice to wander around its atmospheric streets and pop into traditional courtyard houses, temples or public buildings (today museums), one can really have a glimpse of how life was in Qing times. 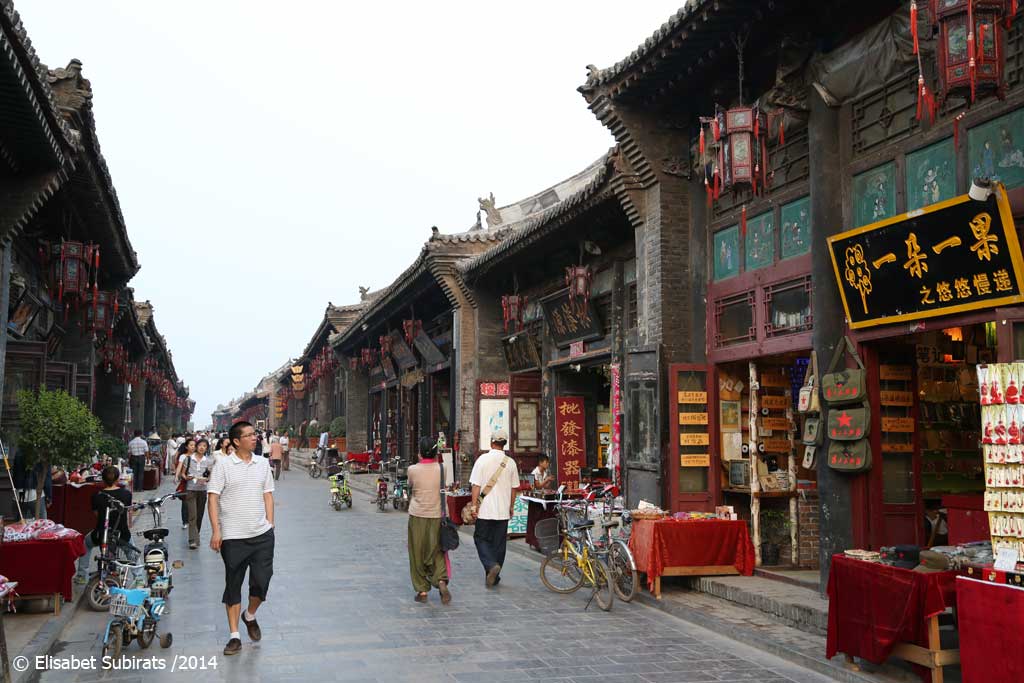 Today there are many restaurants and all the shops sell touristy stuff so sometimes your capacity of abstraction is needed but it’s really nice! 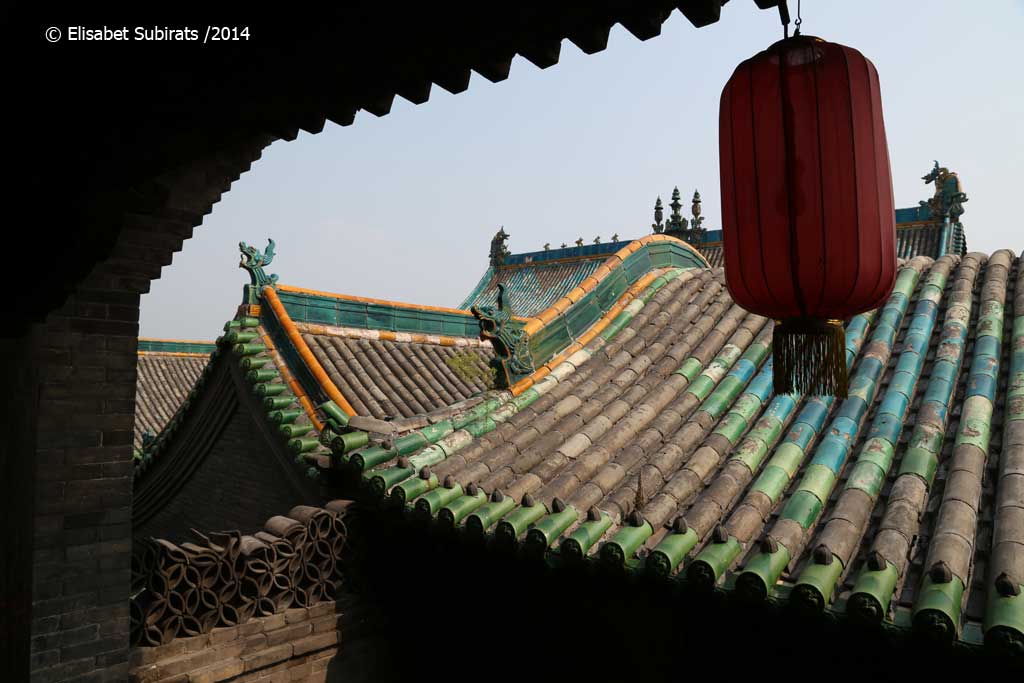 After two days in Pingyao, Marcos, Lorena and I headed to Xi’An, in Shaanxi province, to see the Warriors. At the train station Joy, a Chinese girl who spoke some English, joined us. She is traveling around China and by chance she had the seat next to me on the train and the bed next to me in the guesthouse, lol. We will be together during all our stay in Xi’ An.

On Monday we all went to visit the Terracotta Warriors, which are displayed in three different pits. These life size army of thousands of warriors guarded for two millennia the tomb of his emperor, Qin Shi Huan.

Inside pit n. 2 we could examine few warriors up close and appreciate its extraordinary level of detail. In this pit there are about 1.300 warriors, half of them still uncovered because archeologists still don’t know how to protect their original colors. Currently there are some ongoing studies in Germany and these warriors will be kept buried until they find the good technique. The other half were burned by tomb thieves looking for some gold and silver. These warriors on the picture below lost their last battle against the thieves 🙁 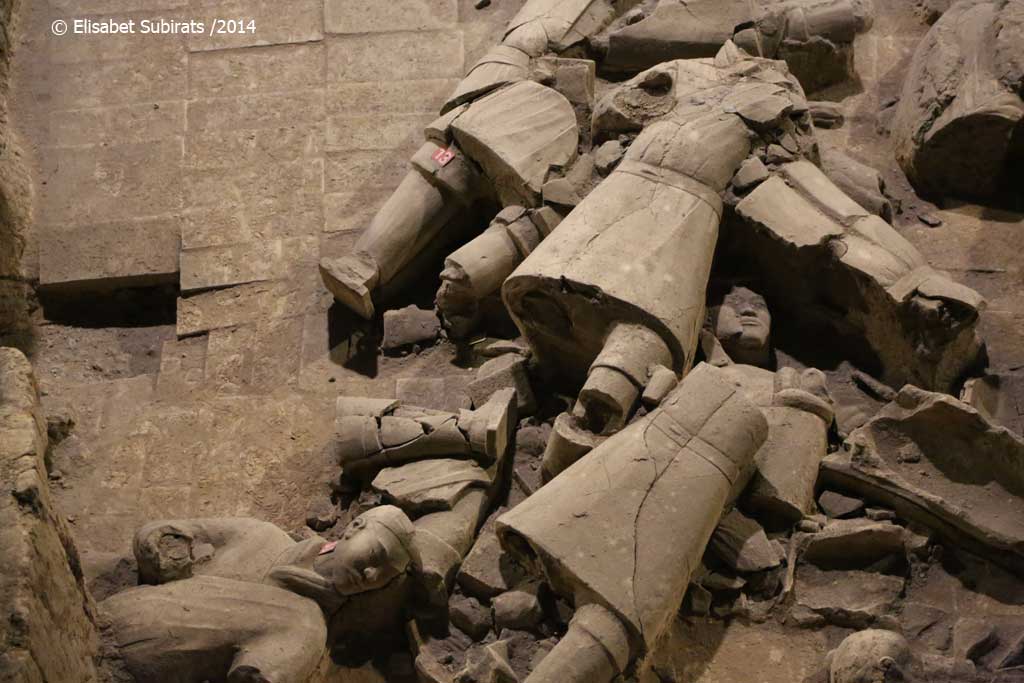 We left the most spectacular pit, number 1, for the end and the view of all those 2.000 warriors in battle formation was really impressive: infantry, generals, archers, cavalry . .  all silently taking care of their emperor for the eternity. This is one of the greatest archaeological finds in the world not only for its magnitude and exceptional technical and artistic qualities but also because no two soldier’s faces are alike. 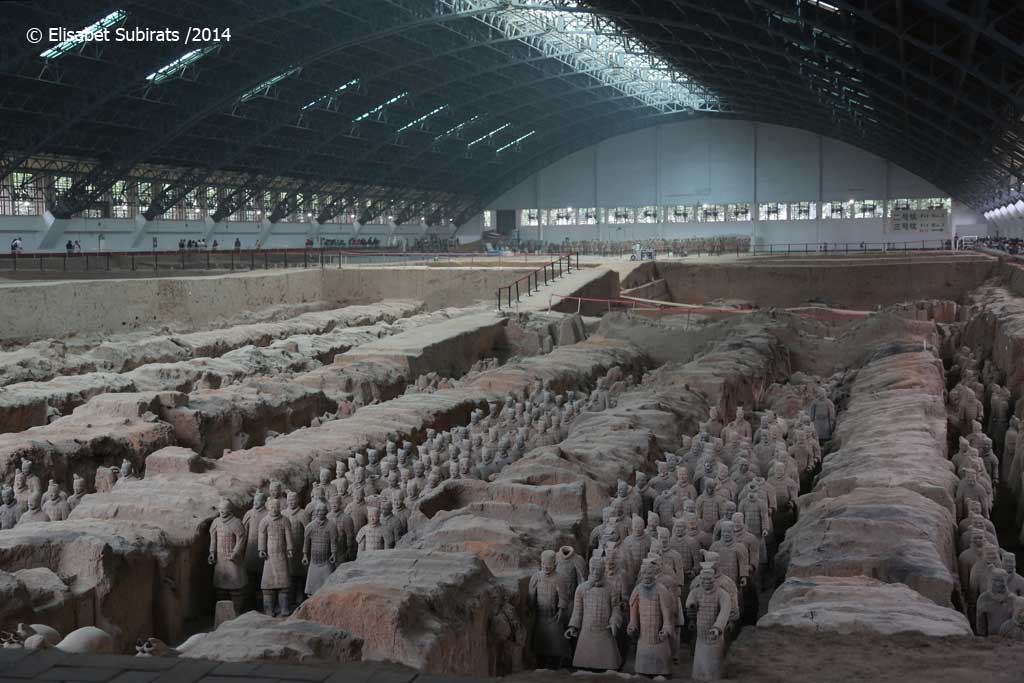 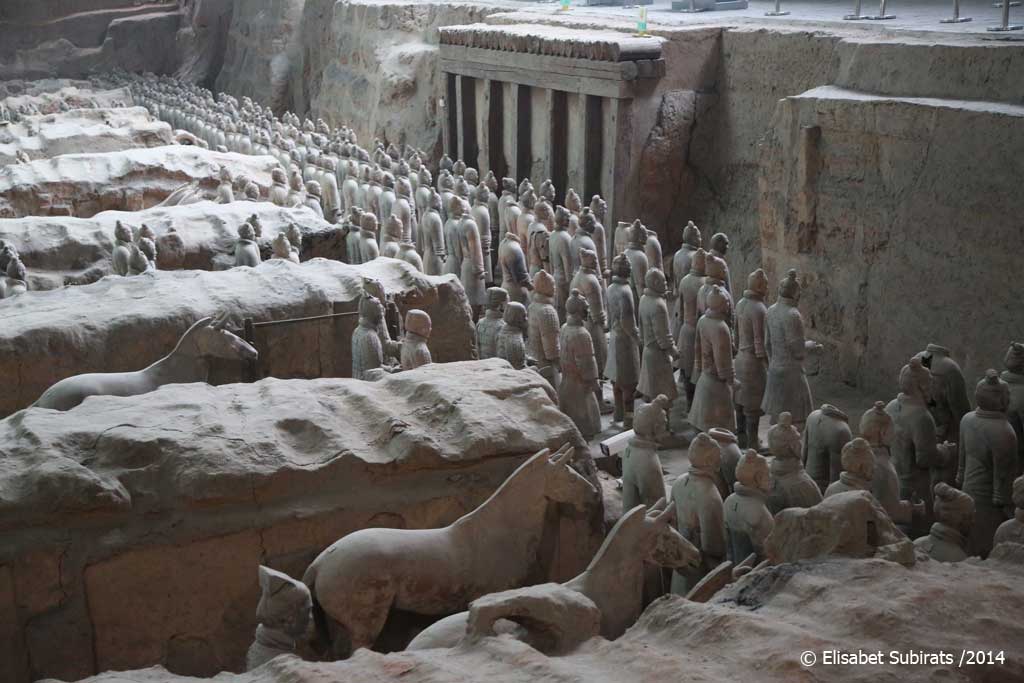 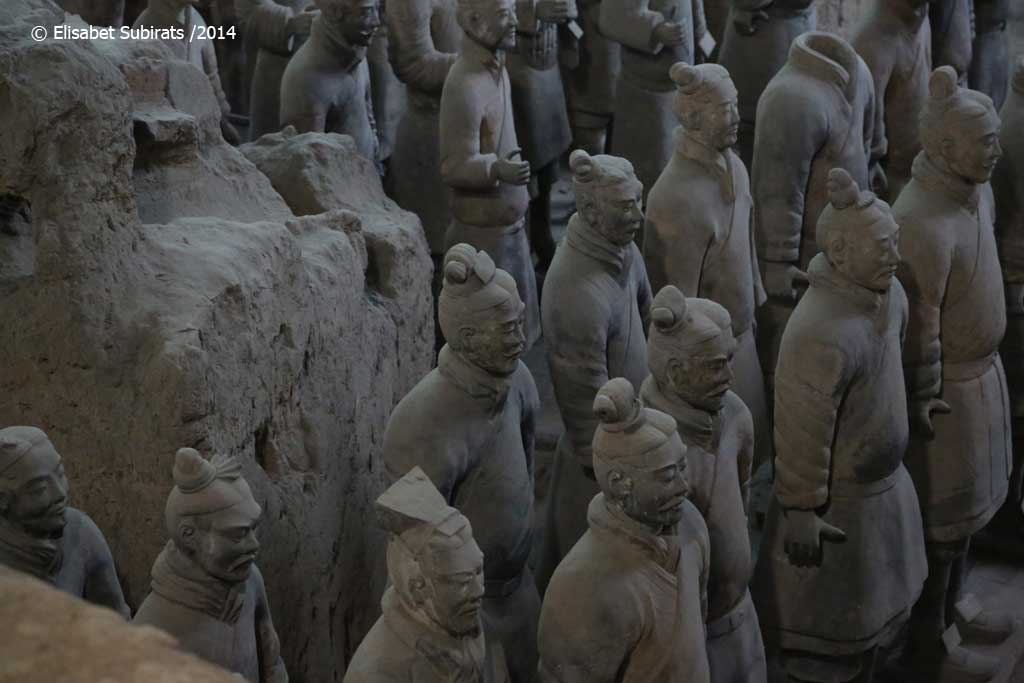 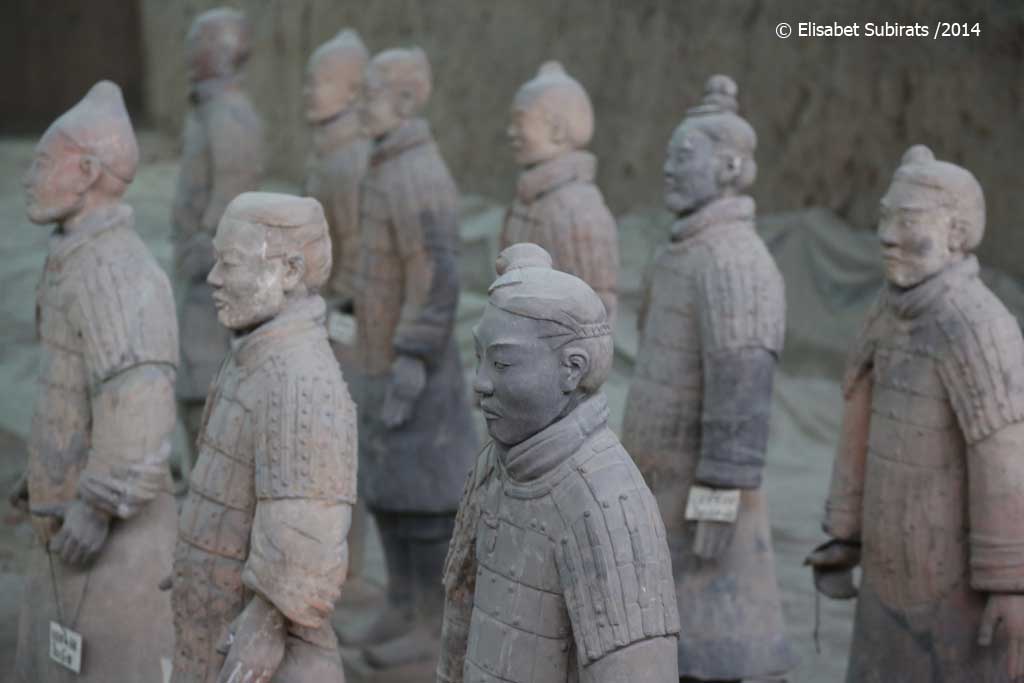 We all know about the warriors but who was (and where is) this Emperor Qin Shi Huan? History describes him as a tyrant because his disdain for Confucianism (not only burnt his texts, also 460 of his top scholars) but during his 36 years of rule he founded the first unified empire in Chinese history and created an efficient centralized government standardizing measurements, currency and writing. His mausoleum, buried on a mound 2km east from the warriors, must be very spectacular. Historical accounts tell it took 38 years to complete it with a workforce of 700.000 people using the most modern techniques which died with them, all buried alive with their emperor. This underground city with palaces filled with gems and other precious stones is still intact because levels of mercury inside exceed 100 times the normal rate.

But Xi’ An is much more than the warriors and it would be a pity to visit only that. Chang’an (its former name) was China’s political centre until the Xth century and also the terminus of the Silk Road so there are many interesting things to visit. For Chinese the Big Goose Pagoda is a must of Xi’ An, a kind of national relic. Buddhism arrived to China through this Silk Road and in the VIIth century the monk Xuanzang was so disappointed with the translation of Buddhist texts that he decided to travel to India and translate the texts himself again. It took him 17 years but he came back with a good job done. In 648 emperor Gaozong ordered to build this quadrangular pagoda to keep the new translations and other important texts and Xuanzang became its first abbot. 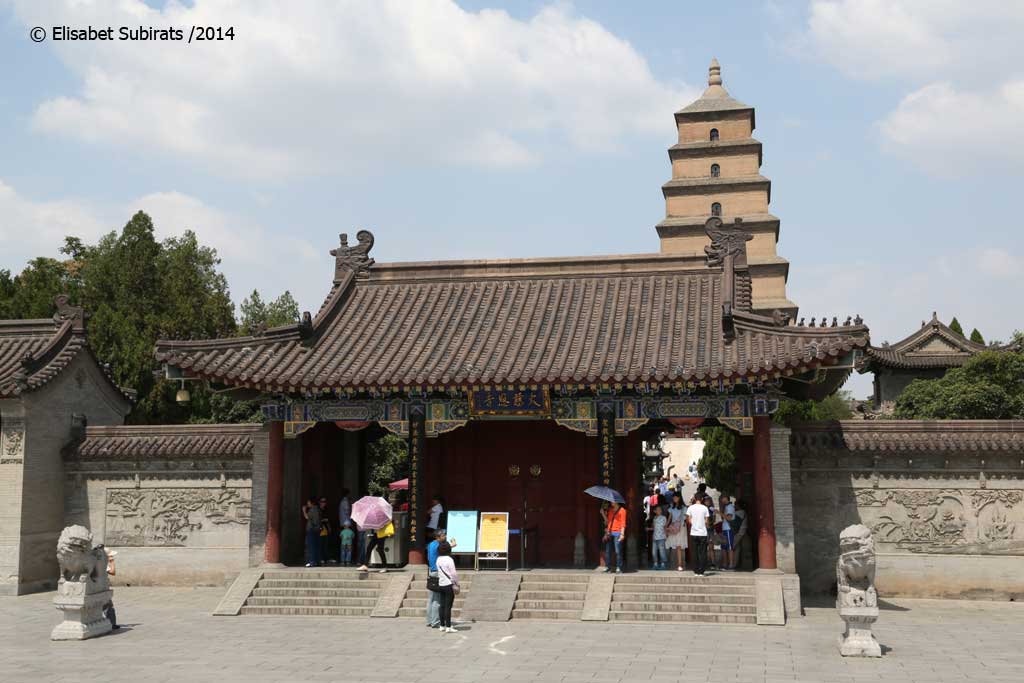 What I enjoyed most in Xi’ An was the Muslim Quarter, full of bazaars (souqs) and food stalls and the City Walls. Today visitors can walk the entirety of these 12m walls, built in 1370 during Ming Dynasty and recently restored. Joy and I preferred to do it by bike, it was much funnier! I liked especially the perspectives combining the Ming towers and the contemporary towers at the end, it was a nice contrast. 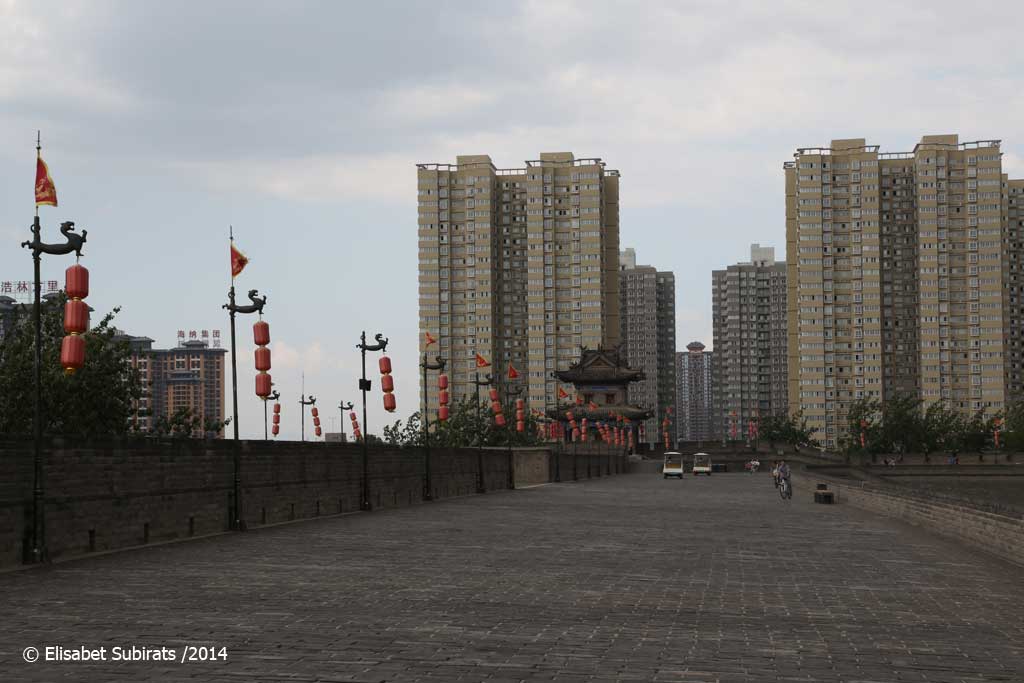 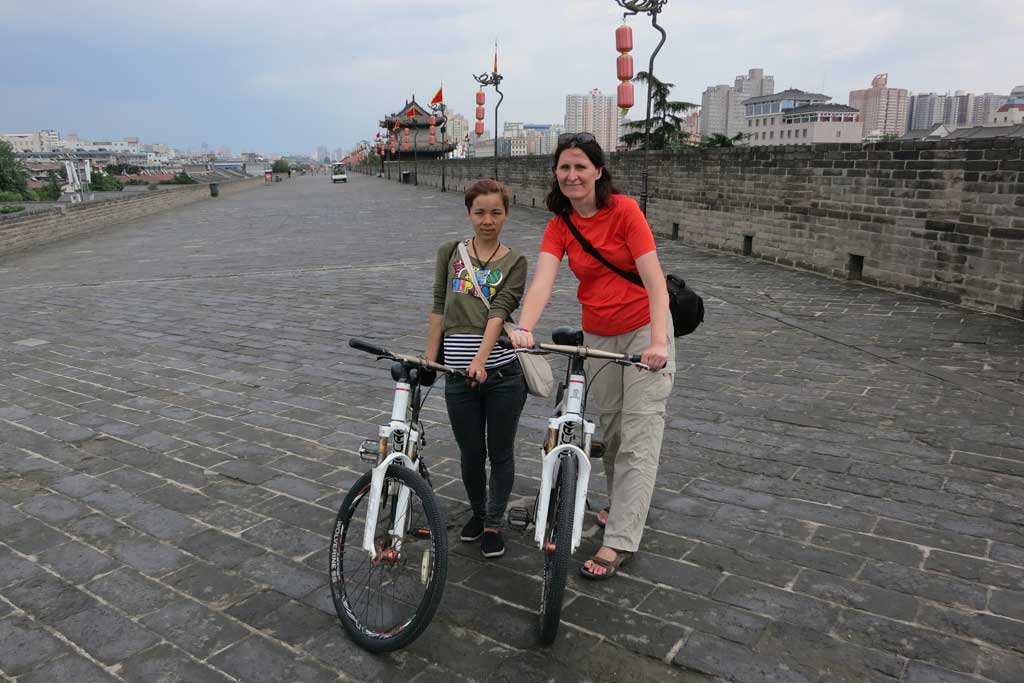 Permanent link to this article: http://holaworld.fr/from-shanxi-to-shaanxi/