I don’t know who had the idea of founding a city here but La Paz’s setting, climbing the slopes of a narrow valley from 3200 to 4200m and surrounded by the high mountains of the altiplano, it’s just spectacular. 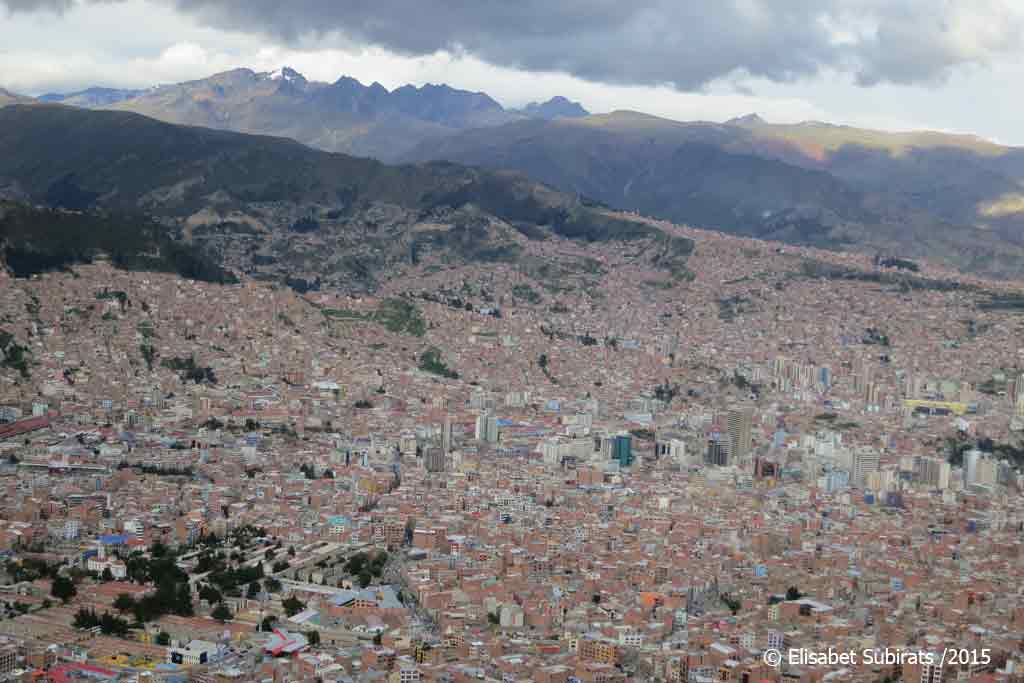 I could say many things against this city (terrible pollution, super steep streets, horrendous congestion . . . ) but it has also a vibrant street life, an interesting dual life businessmen /colorful cholitas, delicious local cakes and many activities and sites around to keep you busy for a while. I spent 5 nights in La Paz and I had a great time. 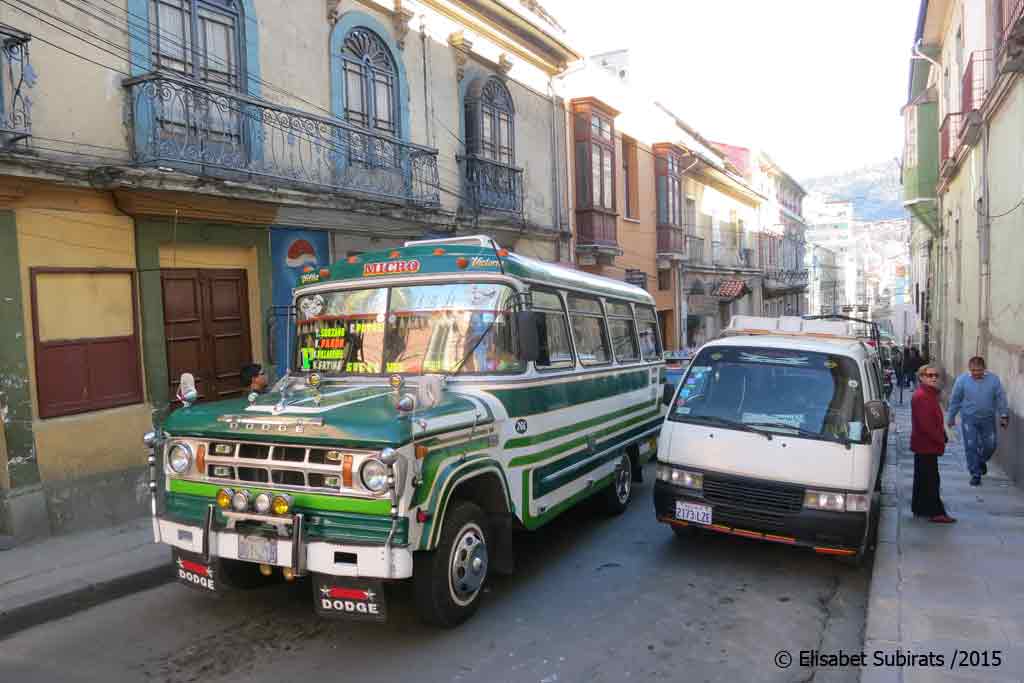 Our hostel was located in the city centre, at 3200m, not far from Plaza Murillo with the Palacio Legislativo and the Cathedral. Unlike most cities, in La Paz the richest neighborhoods occupy the lowest altitudes while the houses of the poorest are located high up on the slopes of the canyon. 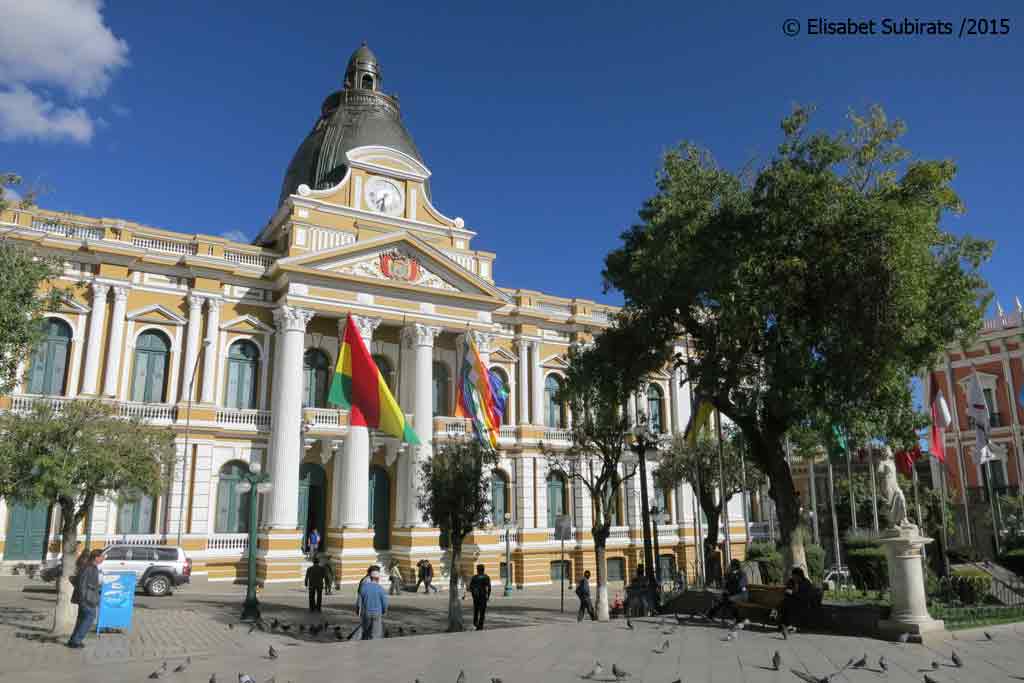 Close to our neighborhood was located the Witches’ Market, a must of any visit to La Paz, full of lama fetuses and all kind of amulets for every occasion. This was also the area of travel agencies and handicraft shops, a paradise for tourists, that we visited more than once 😀 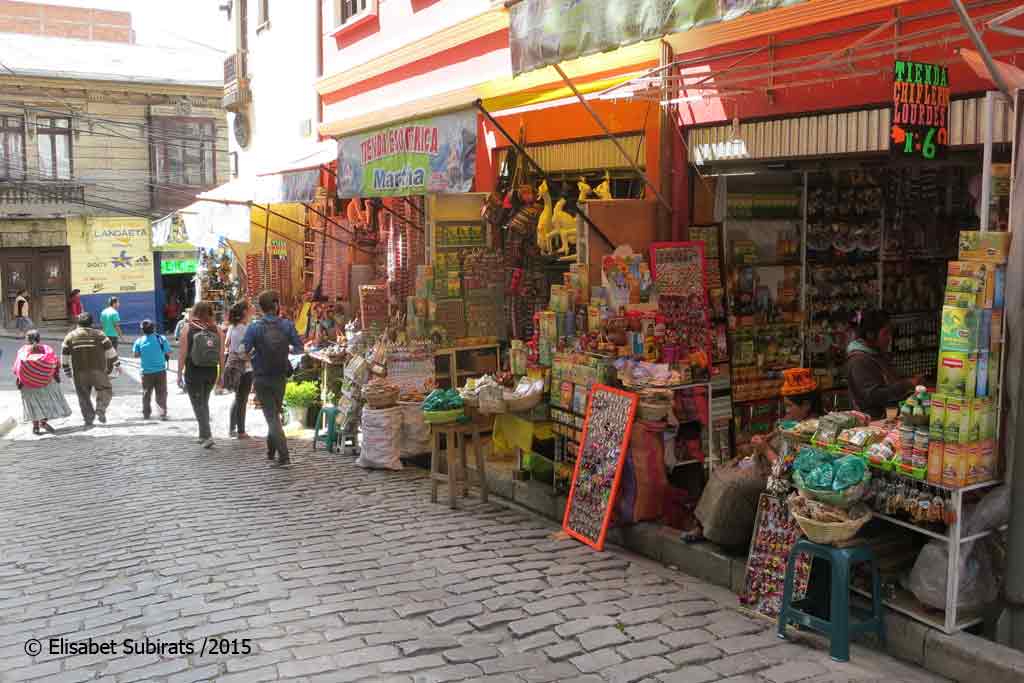 On Sunday, the day was warm and sunny and we took the red cable car to visit the weekly fair of El Alto, at 4200m. The city’s cable cars were inaugurated only 3 years ago and were a relief for the inhabitants of the highest suburbs who could finally go down to the city centre in just 15 minutes. The views from the cable car are very impressive, the best of La Paz. 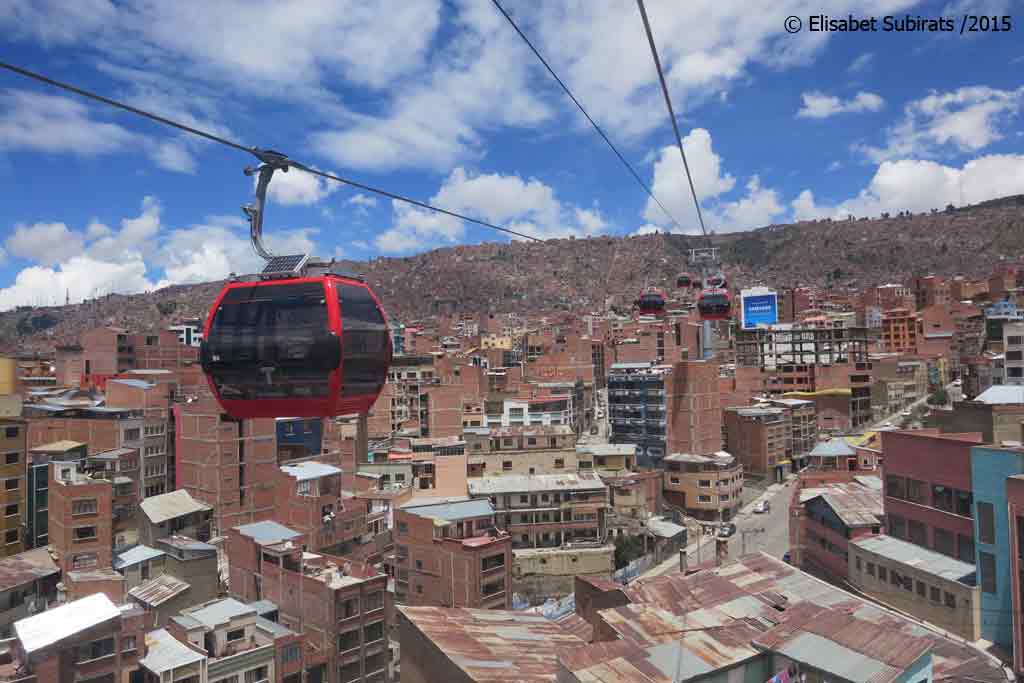 We had a nice morning wandering around the different stalls and we also had lunch there with the locals for only few pesitos. In the afternoon it was time for some action: the Cholitas Wrestling! Watching how the colorful cholitas jumped from the cords of the ring and fought between them with all their skirts and frills. . . well, that was hilarious lol 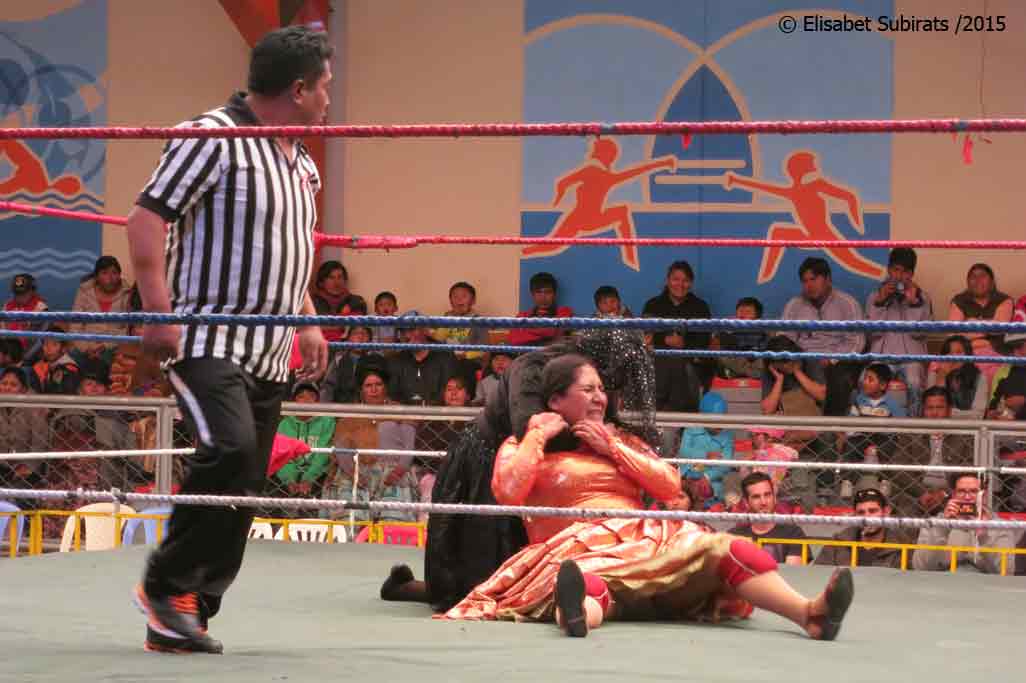 On Monday we booked a tour to the Death Road and yes, we survived! After a relaxing day hanging around the colonial centre, I visited on Wednesday the ancient ruined city of Tiwanaku. I missed Tiwanaku during my first visit to Bolivia, 10 years ago, and this time it was a must for me.

Founded 3000 years ago, Tiwanaku became the centre of a huge empire that lasted almost 1000 years. Tiwanaku is considered the craddle of Andean civilization and it settled the base for the Inca civilization (it is believed that the first Incas descent from Tiwanaku’s last families). Still today Tiwanaku remains a place of significant meaning for Aymaras and Evo Morales celebrated his first investiture in the main temple. 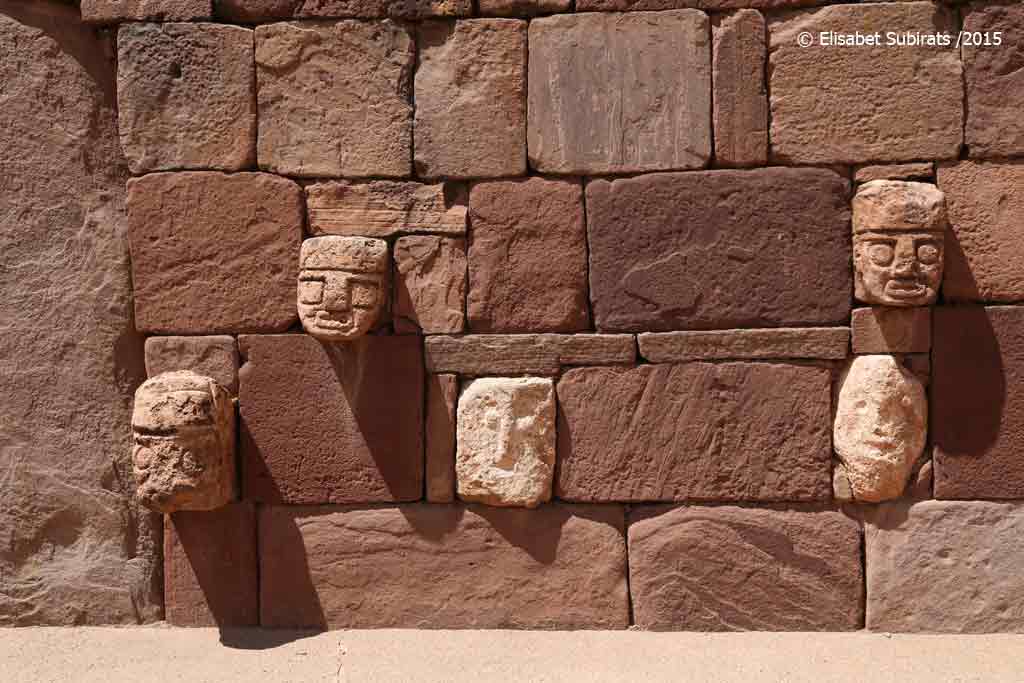 I really enjoyed my stay in La Paz and I was tempted to stay longer but there were still other places to visit on my Bolivia list so I left on the sixth day to Lake Titicaca.

Permanent link to this article: http://holaworld.fr/i-loved-la-paz/