Half of the World

The last two days in Esfahan were dedicated to explore “the other half of the world”. A local bus took us to the outskirts of Esfahan, to the tomb of Abu Abdullah, a much venerated dervish of the XIVth century. This place is also famous for its “shaking minarets”, which were added to the tomb during the XVIIth century. Every hour, the guardian of the tomb climbs up to one of the minarets and pushing it hard makes the other minaret shake. This is a very surrealist scene but locals love it! 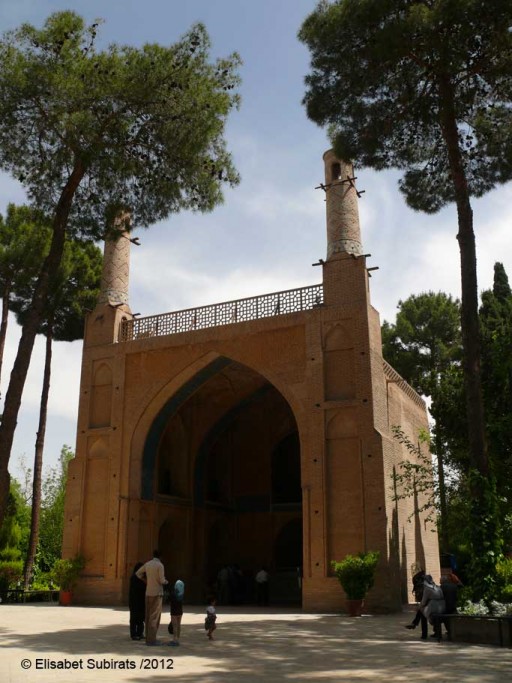 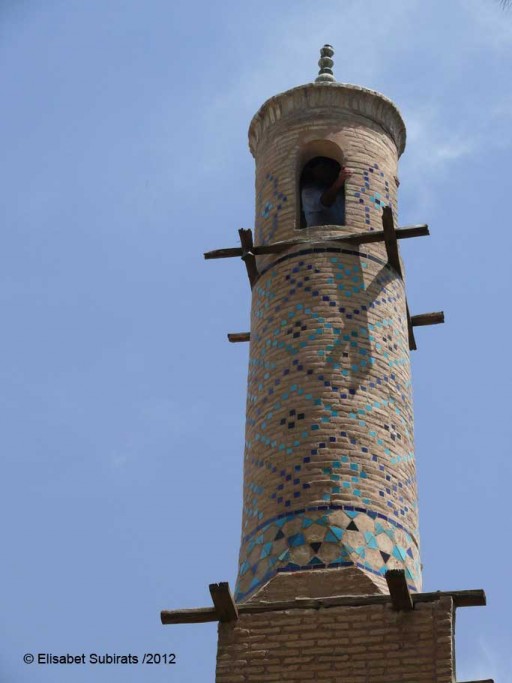 When I was taking the last pictures, somebody called out my name . . .

Oh, surprise! The previous day in Esfahan we met a nice young couple of Iranians who invited us to take the tea with them on the grass, at the shade of Ali Qapu Palace. They were from Tabriz, in the north of the country, and had come to Esfahan for a job interview and they took the chance to visit some sights. We had a great time discussing about many subjects, it was an interesting exchange. Moreover, they were very well equipped and apart from the teapot, the camping stove and the plastic flatware, they had very interesting sweets and dates to go with tea.

We were so happy to meet them again that we proposed to visit together Ateshkadeh-Ye Esfahan, a fire temple dating from Sassanian times (third century AD) not far from there. After a 10 minutes climb we arrived to the top of the temple, with nice views over Esfahan. Our friends decided that that was the perfect place for a tea break and again, we found ourselves in an improvised tea party. This couple reminded me of the Mad Hatter and his “unbirthday tea parties”! 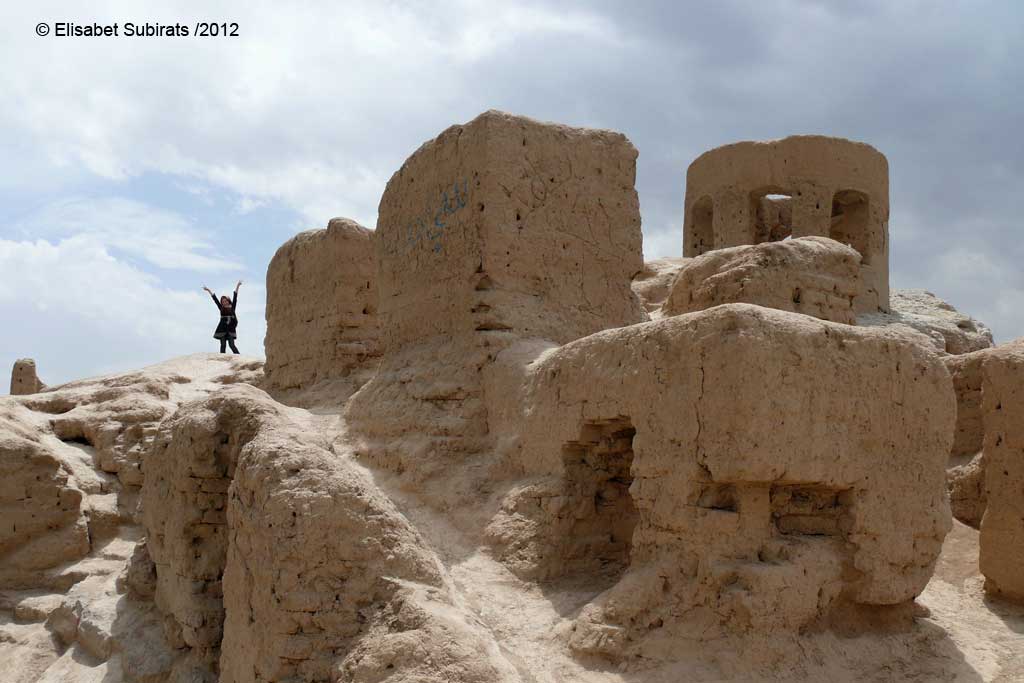 I don’t know from where this “cousin with a car” appeared but he avoided us the bus back to the city and the waiting time. Back to Espahan sooner than expected, we decided to visit the Armenian Quarter of Jolfa. Jolfa was founded by Shah Abbas I during the XVIIth century to host Armenians fleeing the Ottoman Empire‘s persecution (or moved by force by the Shah depending on whom you read). Armenians were much appreciated in Espahan for their skills as merchants and artists. They religion was respected but they were restricted to this area of the city. Today there are still 13 Christian churches in Jolfa and this is a nice area for a stroll. We visited the Vank Cathedral, its museum with an interesting exhibition about the Armenian Genocide and other smaller churches with nice frescoes inside. 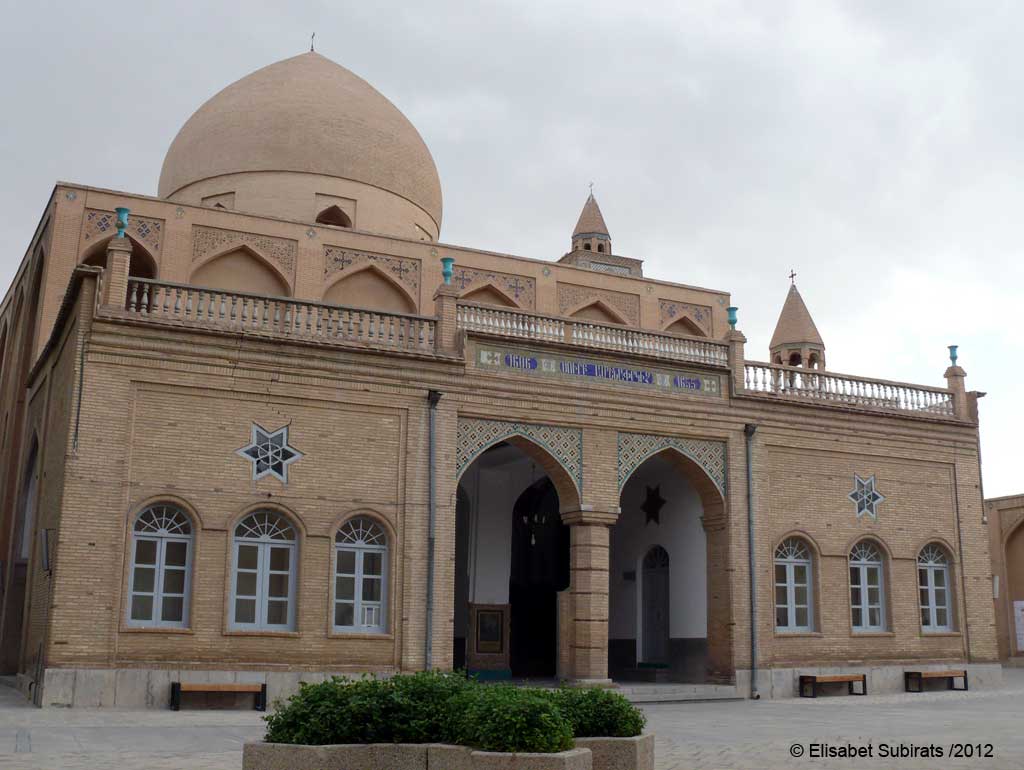 At dusk we couldn’t miss our stroll along Zayandeh River with its bridges, for a little bit of people watching. We arrived at Espahan three days ago and we had already acquired their local habits . . 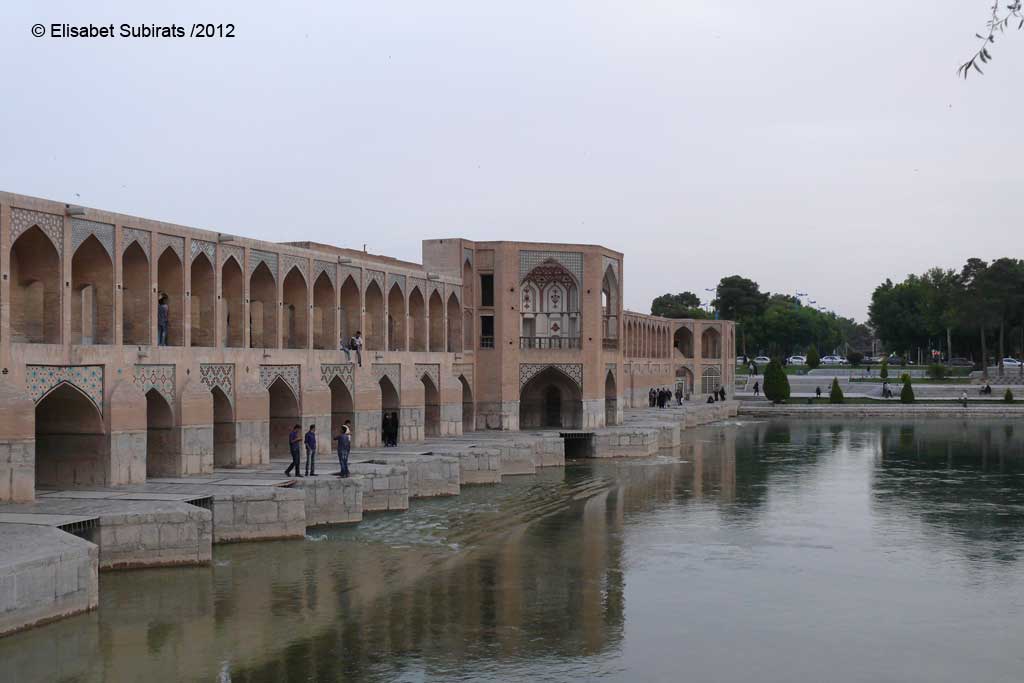 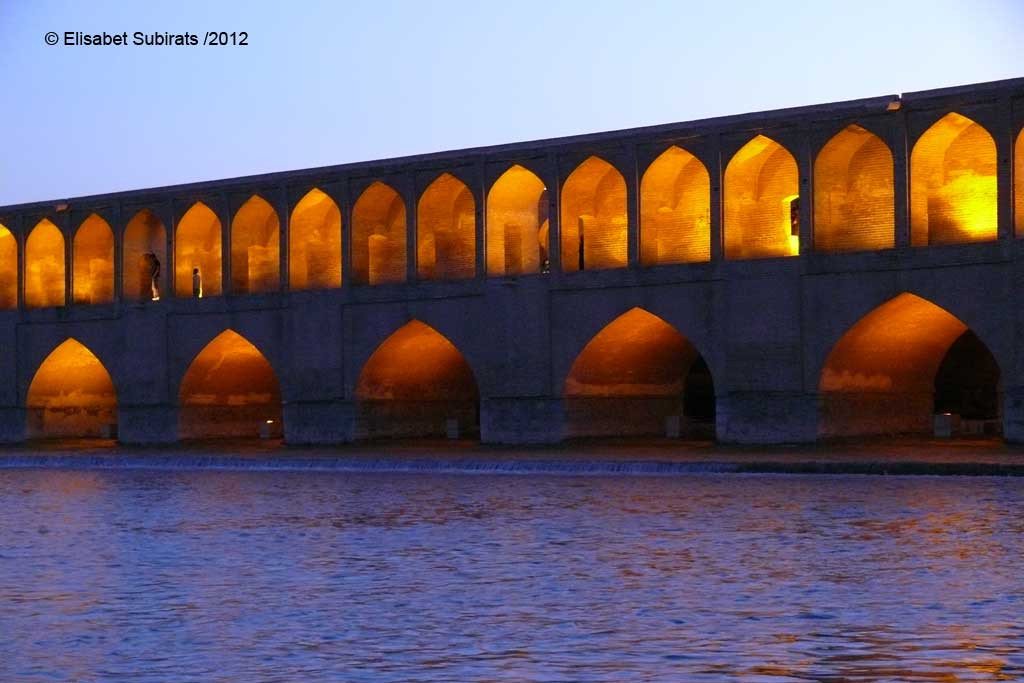 Permanent link to this article: http://holaworld.fr/improvised-tea-parties-around-esfahan/