Well, my first contact with this relatively young city and capital of the last Burmese kingdom was not precisely love at first sight: a chaotic, polluted city incredibly hot during the day. It took me some time to discover the other Mandalay, the city of Jade, incredible sunsets, interesting temples . . but when I did it, I didn’t want to leave, lol

Mandalay has, for example, one of the most famous Buddhist sites in Myanmar, the Mahamuni Paya. This is not an interesting building but its Buddha image, believed to be made in the likeliness of Buddha himself during his visit in 554 BC, is much venerated by Burmese people. This is originally a bronze image but during centuries Buddhists (only men allowed) have covered it in thick layers of gold leafs, a curious tradition to see.  You can sense a big spirituality in this Buddha room. 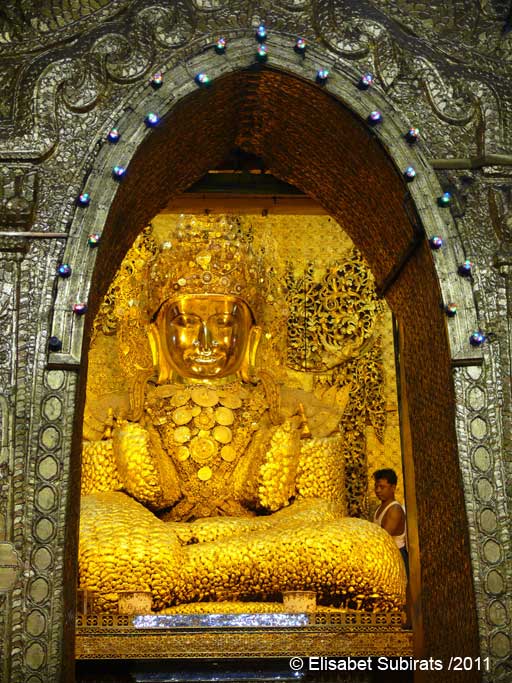 There are other off the beaten path temples which may not be as famous as Mahamuni Paya but which looked much more interesting to me, like the wooden monastery Shwe In Bin Kyaung. This was a deserted monastery where I could take as many pictures as I wanted. 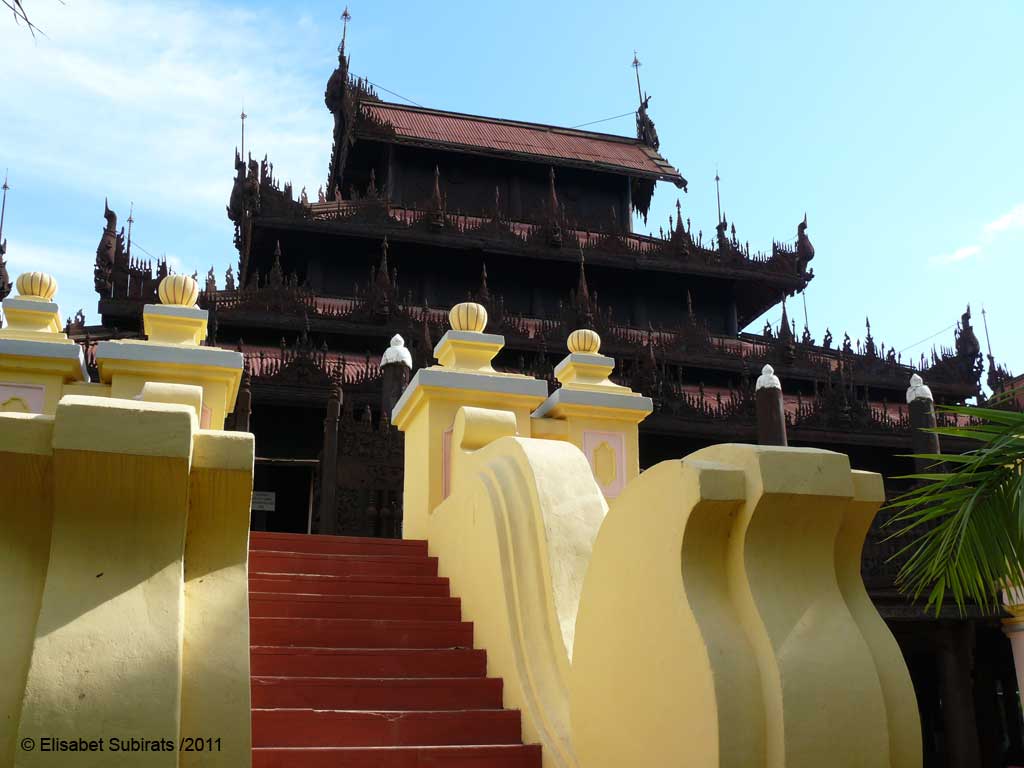 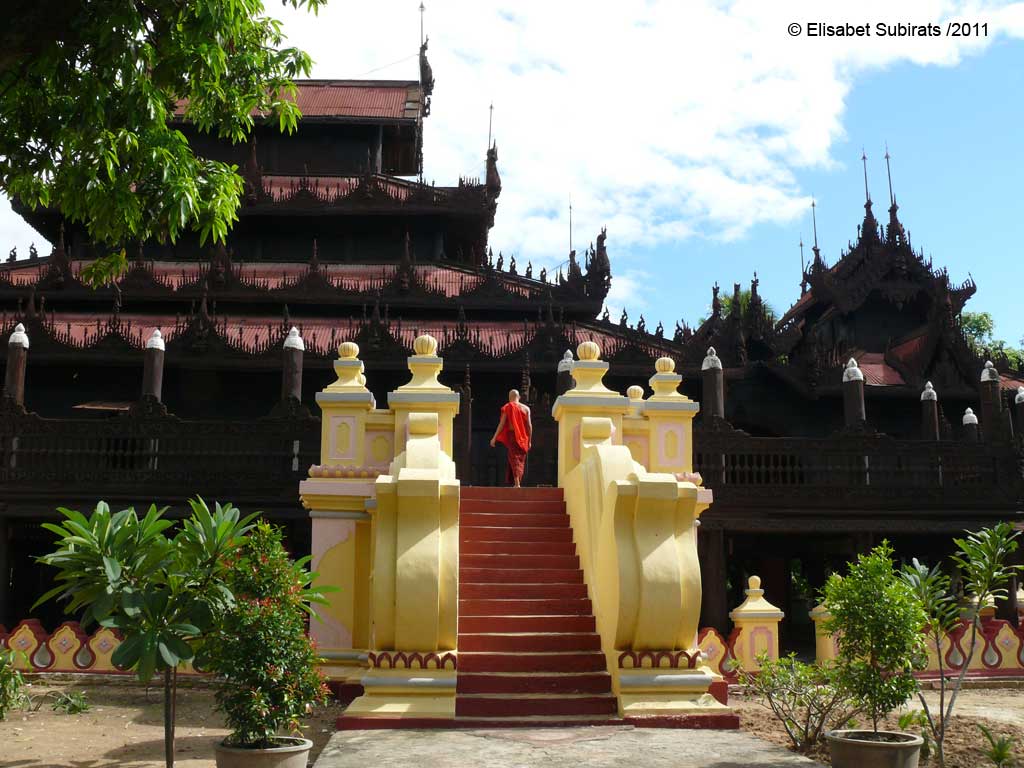 Not far from Shwe In Bin Kyaung there is the Jade market. Although I did not want to buy anything, it was a great place for some people watching. 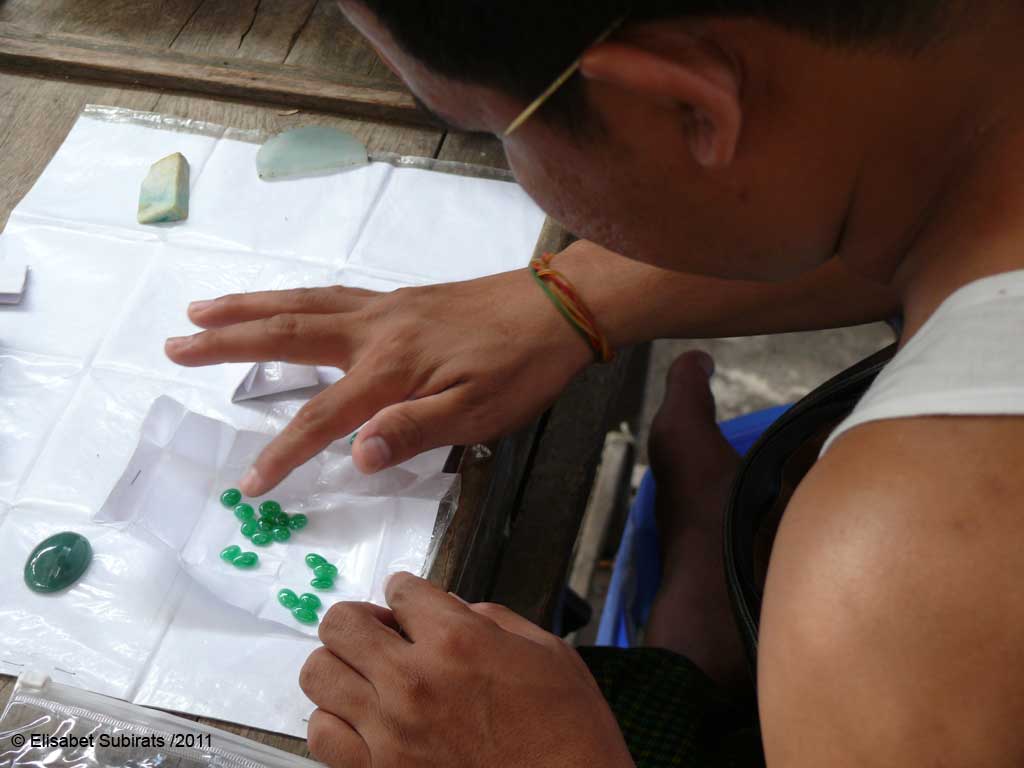 After visiting Mahamuni Paya with a German girl that I met in the guesthouse, we crossed two monks and exchanged few words with them. They were English teachers in a monastery nearby and proposed us to join them for their coming English course. It was so hot that we accepted to follow them just because we needed desperately a place with some shade. 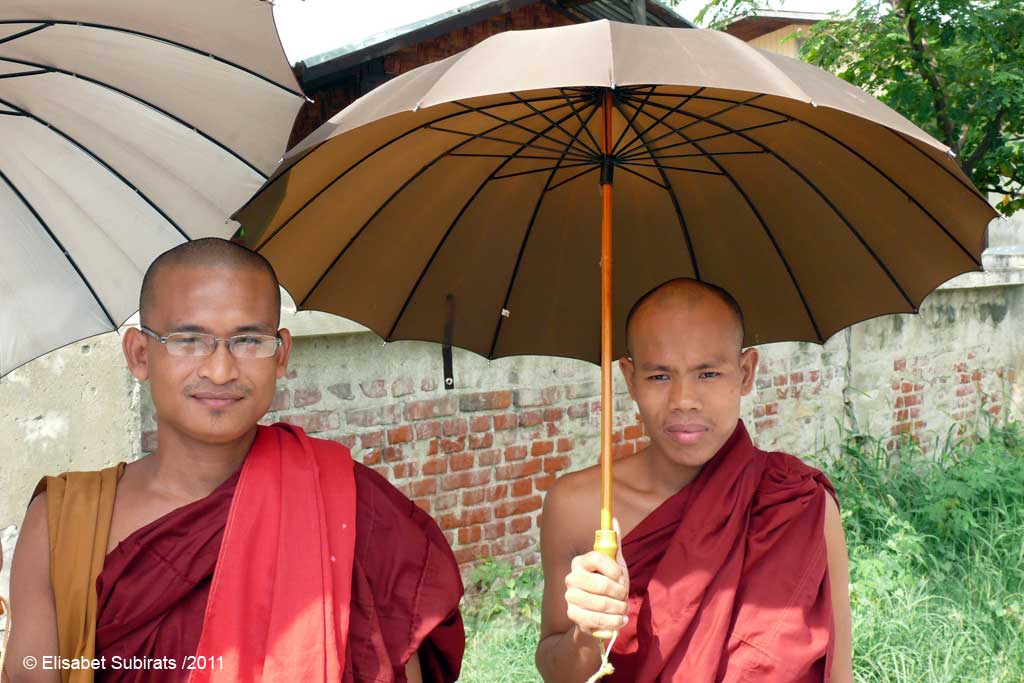 In the classroom, we found out that that we would be the English teachers that day, lol. After the presentation, we found ourselves on a wooden platform talking to the students-monks about life in our countries.  I remember myself saying something about visa cards (maybe because in Myanmar I couldn’t use my visa card) when I saw the mini-monks looking at me wide-eyed . . . they did not know what a visa card was! 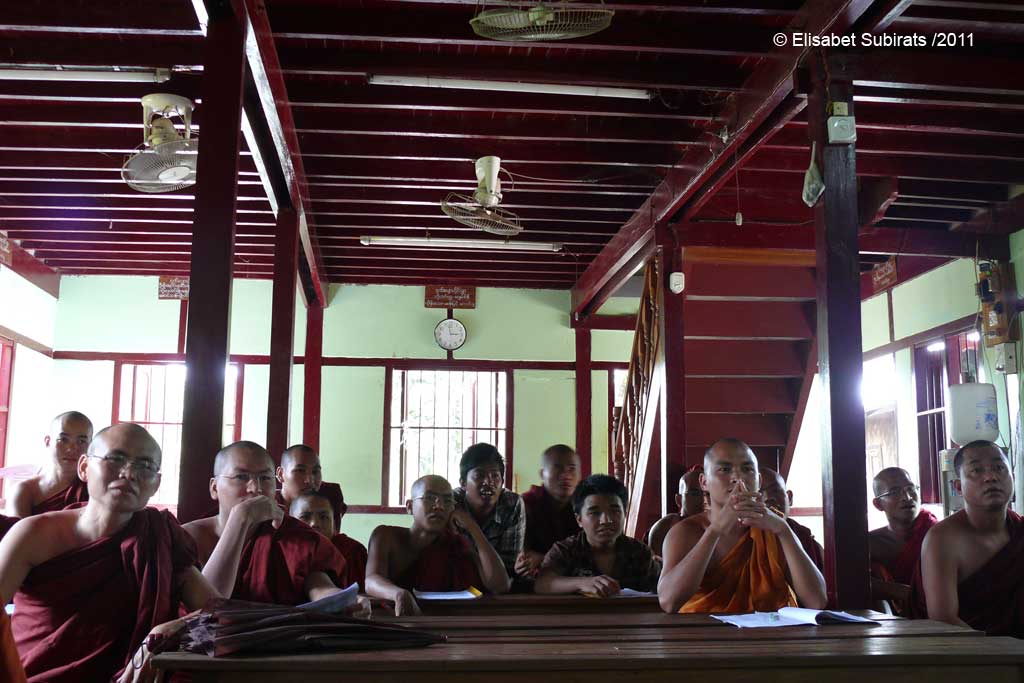 When I explained to them what a visa card was and what it was used for, one of them answered:

Of course the mini monks did not know anything about the Berlin Wall, the Arab Spring or whatever happened recently outside, I suppose that these “English lessons” with tourists were the only way monks had to know about life. At the end, we tried to do our best to explain them that what we really appreciated about “our world” were not all those visa cards or other commodities but the freedom to express what we think, believe or the freedom to do what we want with our lives. These are the things they should start (again) fighting for!

We finished the day with a splendid sunset from the top of Mandalay Hill. Finally a beautiful sunset and for my birthday, yay! 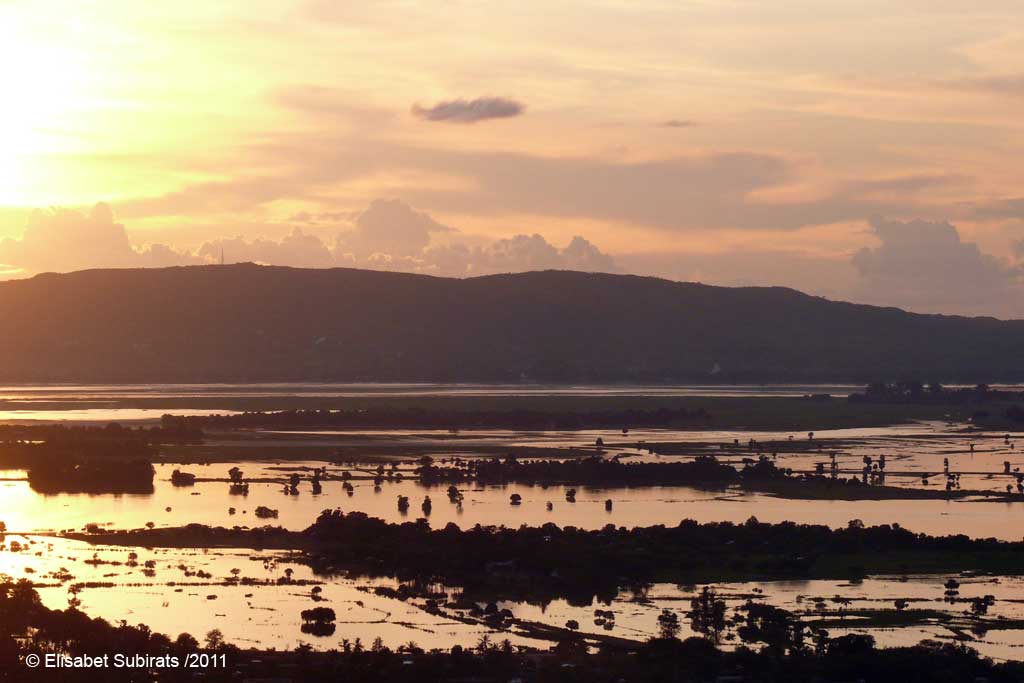 Permanent link to this article: http://holaworld.fr/interesting-meetings-at-mandalay/