The Yungas Road is the 64km road that links the city of La Paz  to the Yungas, in the Amazon forest. After leaving La Paz, the road first ascends to around 4,650 metres before descending to 1,200 metres to the town of Coroico, transiting quickly from cool Altiplano terrain to rainforest. This is a windy 3m track with no guard rails and cliffs of up to 600 metres, not recommended if you have vertigo. The road was called La Carretera de la Muerte or the world’s most dangerous road after a BBC’s article about it and well, I guess that the fact that every year from 200 to 300 people died along this road also helped.

Nowadays there is another road connecting La Paz to Yungas and La Carretera de la Muerte is now used basically by groups of cyclists looking for some adrenaline. This is a very popular day tour to do from La Paz.

To be honest, I was not interested in risking my life in that way but Katryn and Coralie were very excited about this tour and I decided to go with the flow. . . Jacob, a Danish guy that we met at the hostel, also joined the group.

The starting point was at la Cumbre Pass (4700m). The weather was very cold, rainy and foggy . . . could we ask for a better atmosphere on the Death Road? 😀 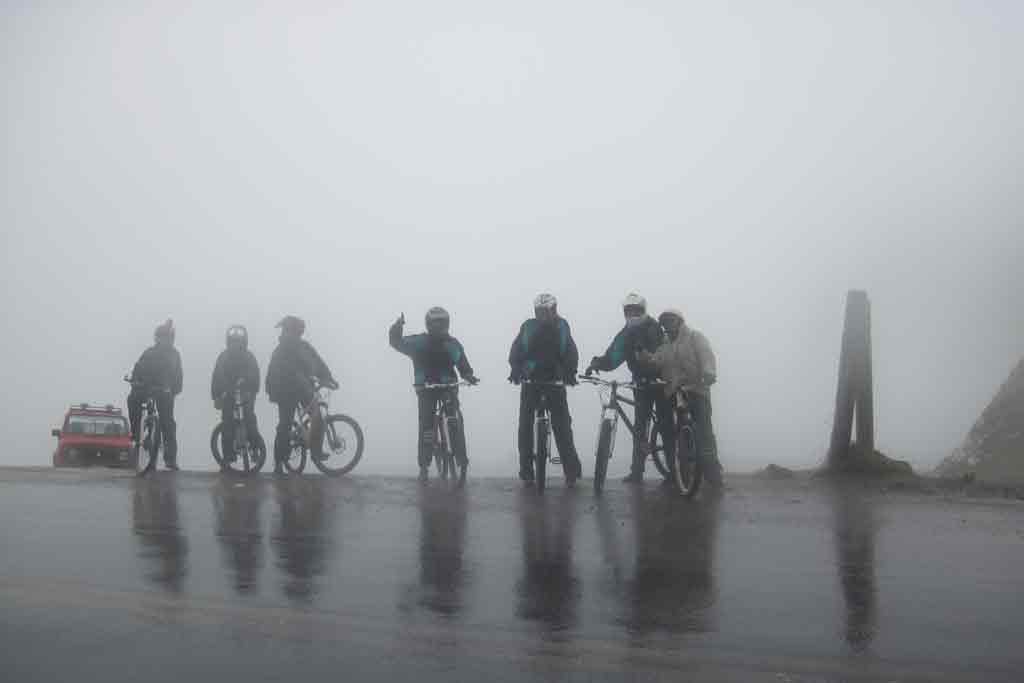 After a souvenir picture we started the descent following our guide. My sunglasses were full of water and I could barely see few metres in front of me and nothing on the right, down the cliff (but maybe it was better like this). My mates seemed not to have brakes on their bikes but I was really scared, lol While going down I was trying to play the piano with my fingers because they were freezing, ha haa. 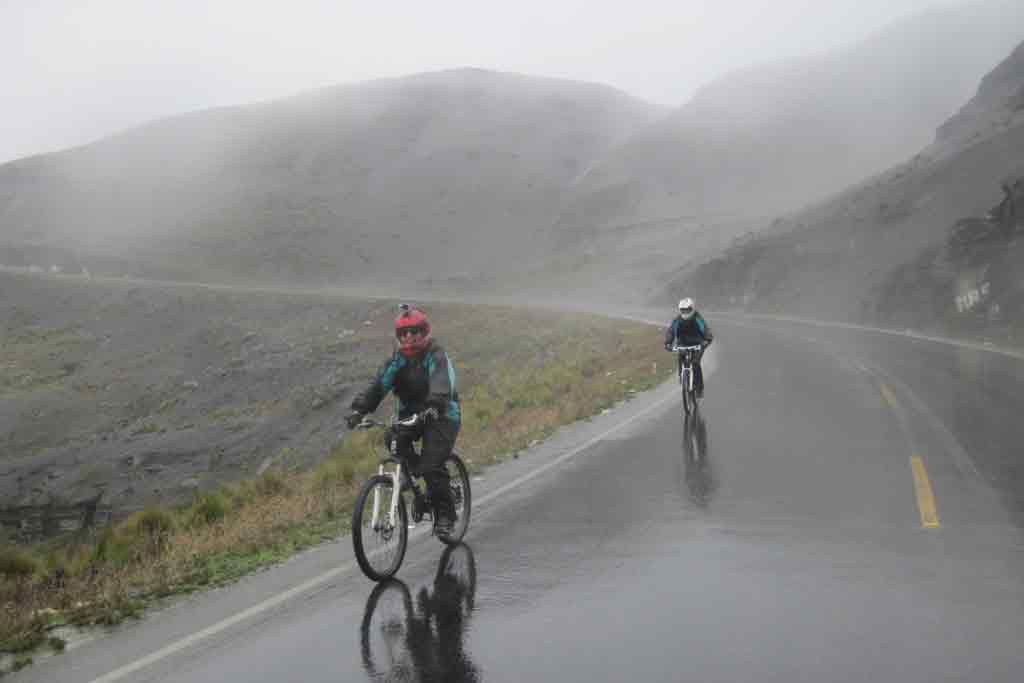 We descended 1000m in 40 minutes, not bad!!! After a more than deserved hot coffee stop, when I thought that the “funny part” was already over, we left the asphalt for a bumpy track. The orders were “don’t brake on the difficult parts” so I tried to reduce the speed a little bit when the path was slightly better. 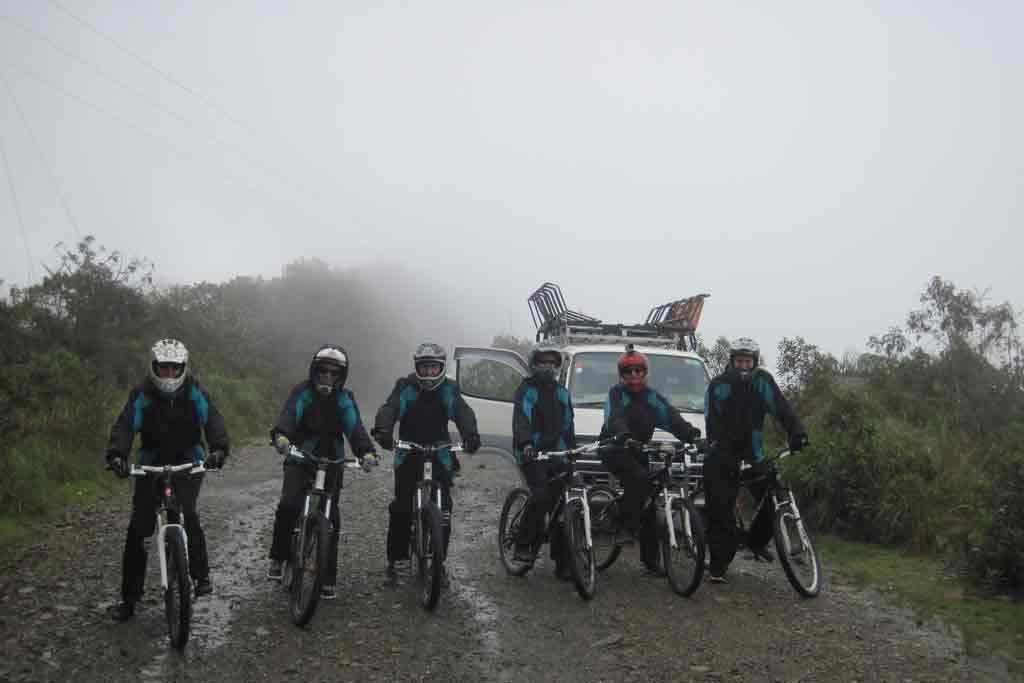 The visibility was better on this part and the landscapes looked very beautiful and scary at the same time. The group did different stops for some pictures and videos, it was fun (I promise). 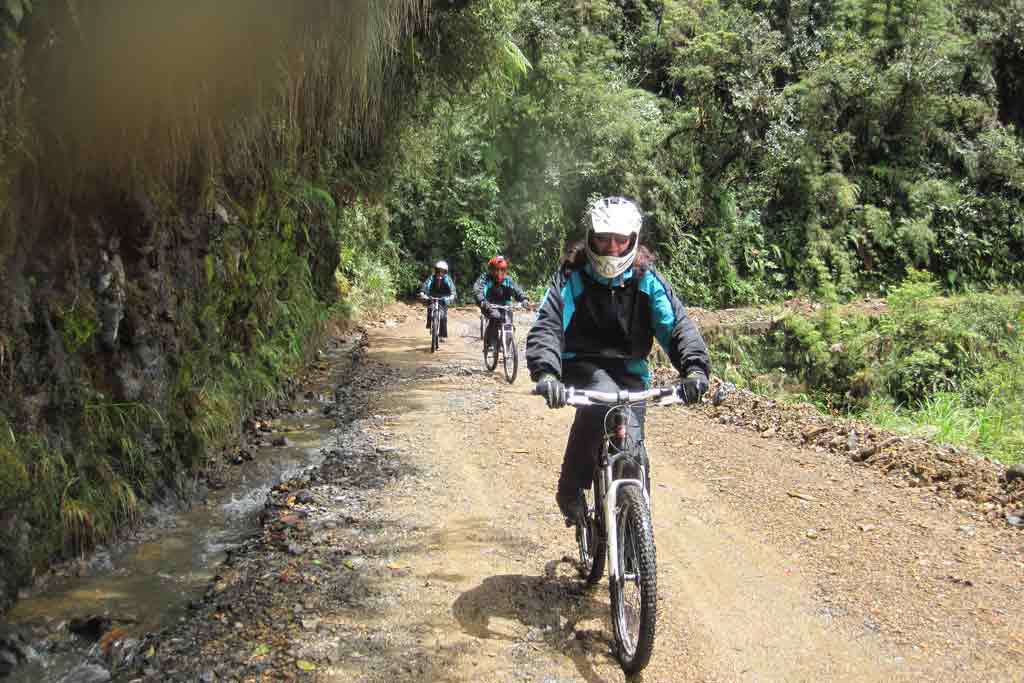 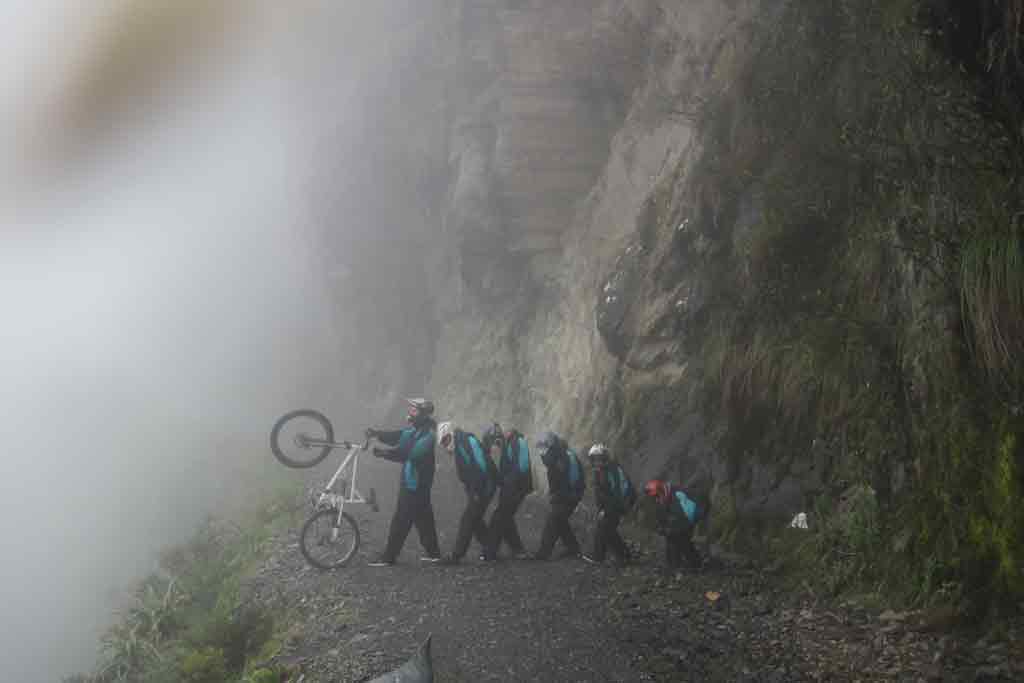 The last part of the road was the easiest one but I got a flat tire (it had to happen to me . . .) plus the car that rescued me also got a flat tire, ha haa. In the end it was not that bad because I got the second guide’s bicycle which was much better than mine 😀 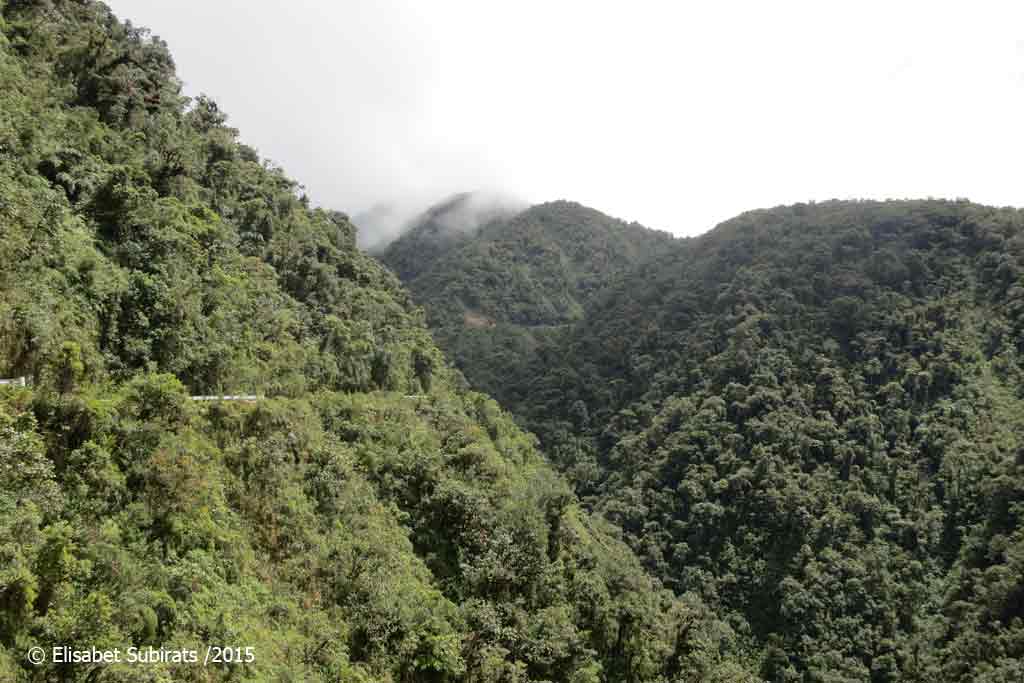 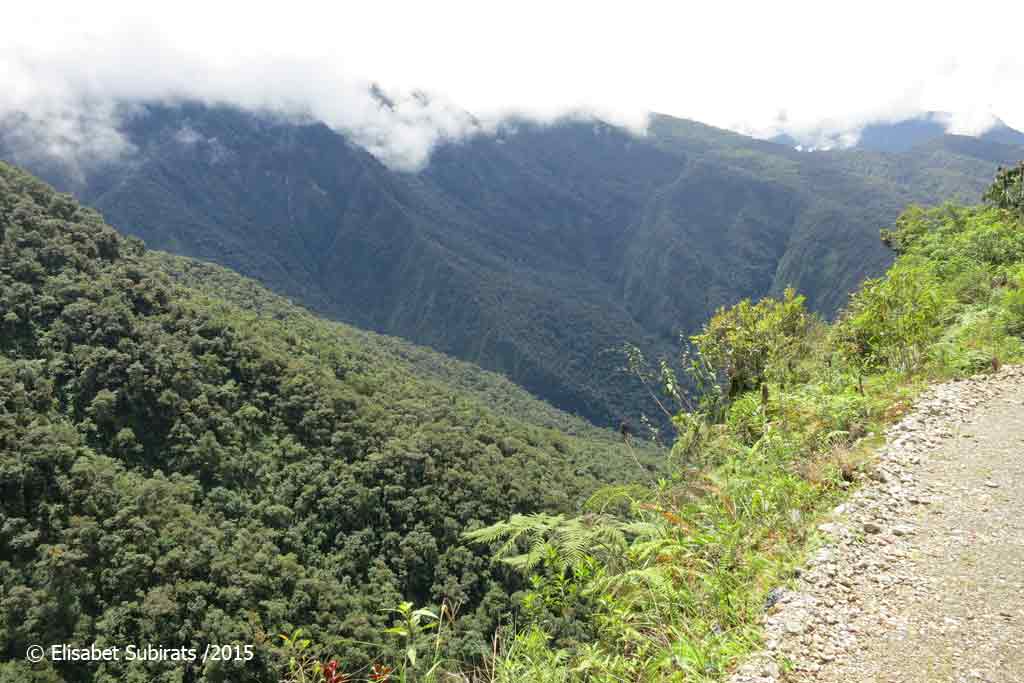 We all finished the Death Road alive and after a cold beer we went to celebrate it in a super hotel with a pool in Coroico. It was a scary ride, yes, but as soon as I felt I controlled my bicycle it was also a lot of fun. An adventure I definitely recommend, if you go to Bolivia!! 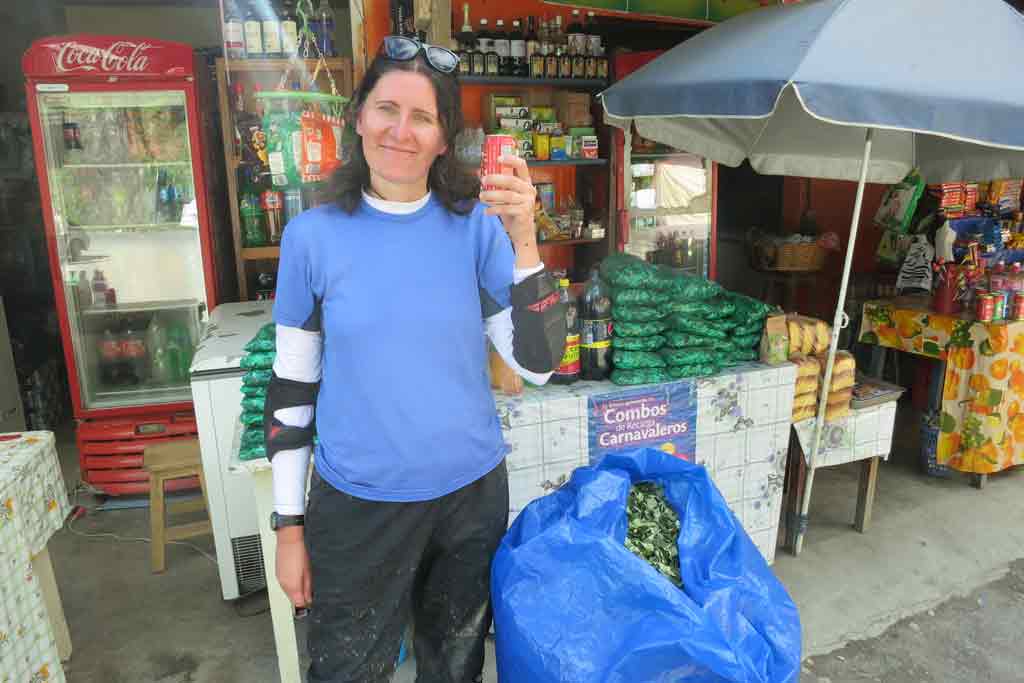 Below there is a video made by Coralie about our Death Road Trip and La Paz, enjoy!

Permanent link to this article: http://holaworld.fr/la-carretera-de-la-muerte/