The journey from Dahir Bahr to Lalibela (2.630m altitude) is an experience by itself. The holy town of Ethiopia was almost inaccessible for centuries, protected as it is by the mountain chains of Lasta Region. Even if the town has become more accessible recently and one can travel comfortably (well more or less!) by minibus, the winding and narrow roads still give the feeling of an arduous expedition. But the landscape is wonderful with some of the highest mountains in Ethiopia around, vast green spaces with typical Lasta houses and the amazing shapes of the rocks. In this region is very common to see runners training at high altitudes as well. 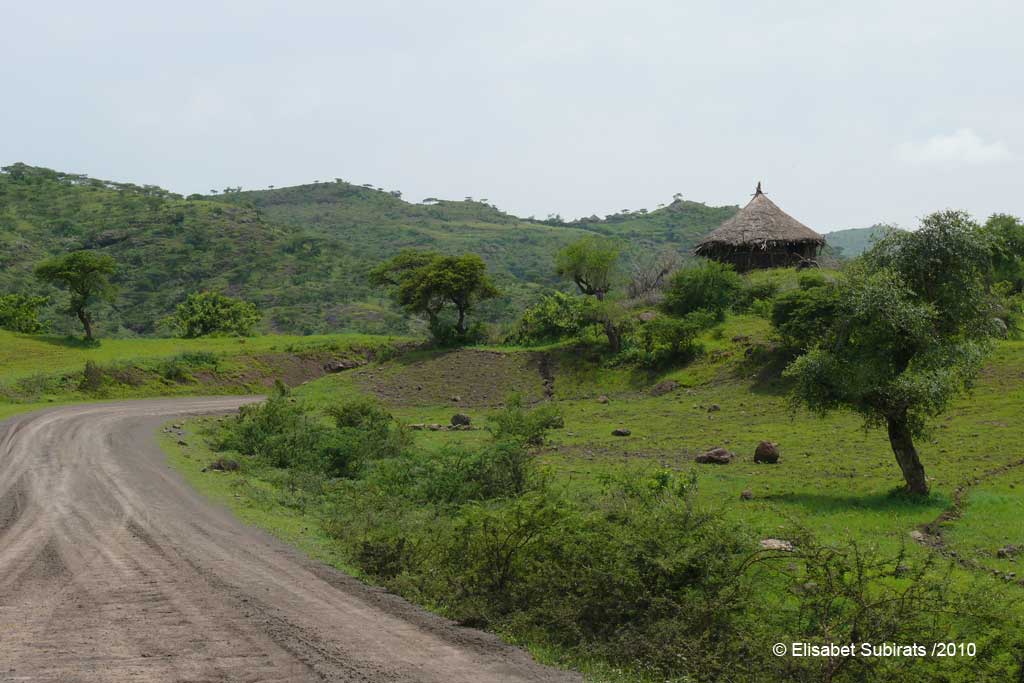 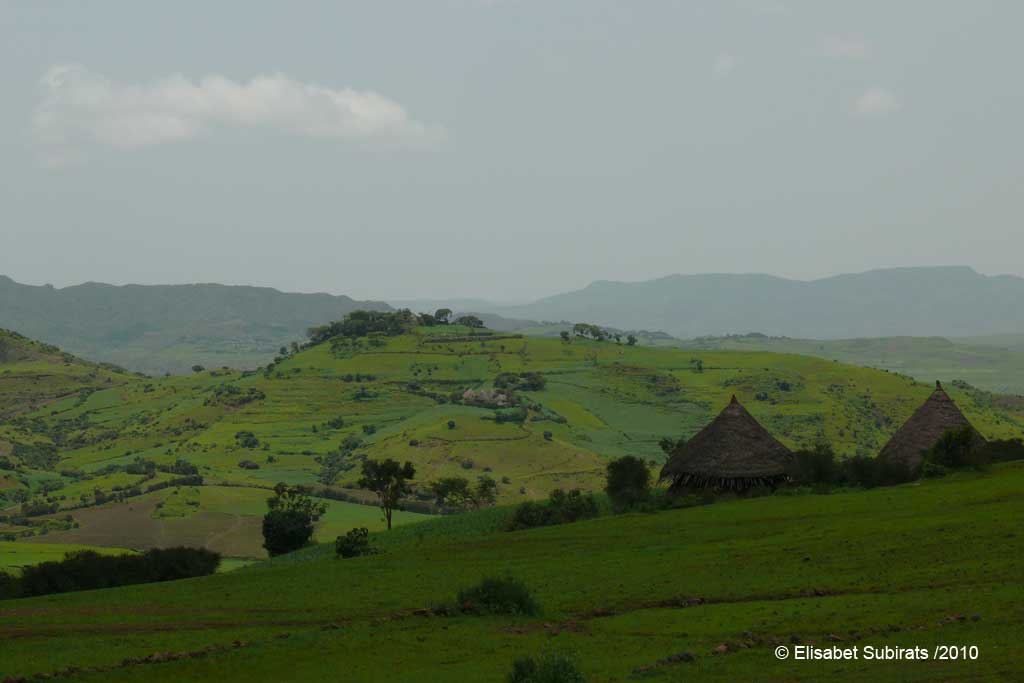 The area containing the complex of churches is approximately 500x500m with one group of churches located to the North, a second group located to the East and Beta Giyorgis Church standing alone to the West. The first and the second group are separated by “Jordan River” which is believed to be diverted and canalized into its present position in order to recall the biblical river and complete the “New Jerusalem”. When I visited Lalibela, the river had no water so the general impression was less spectacular, I suppose.

Tradition says that King Lalibela (1.185-1.225) went into exile to Jerusalem, escaping from his brother which usurped his throne without any right. He spent there 13 years and came into touch with the Jewish and Western World. After returning to his homeland, he recovered his kingdom and, with the help of the angels, started the construction of a “New Jerusalem” to reproduce the place of Christ’s Death and Resurrection. According to that legend this ensemble of rock hewn churches and palaces would be a replica of the XIIth century Jerusalem where even the Jordan River is represented. Tradition says that king Lalibela devoted his entire life to build this site. He spent all his patrimony for it and even sold his children to have more money for the construction. It is also said that he lived as a hermit in one of Lalibela churches until the end of his live. He was then buried at Biet Golgota, one of Lalibela churches.

The first group is an ensemble of churches, grottos, tunnels and drainage channels. This complex includes the Tomb of Adam, Petros and Paulos Grottoes, the churches of Micael, Golgota and Selassie, Biet Mariam, Biet Maskal, Biet Denghuel and Biet Medhane Alem.
Nowadays there are different entrances but the former path –also called the Spiritual Path– started from the Tomb of Adam (representing the original sin) in the West, passing through Micael, Golgota and Selassie Churches – which symbolize Passion and Death and ending at Medhane Alem (the Saviour of the World) in the East. 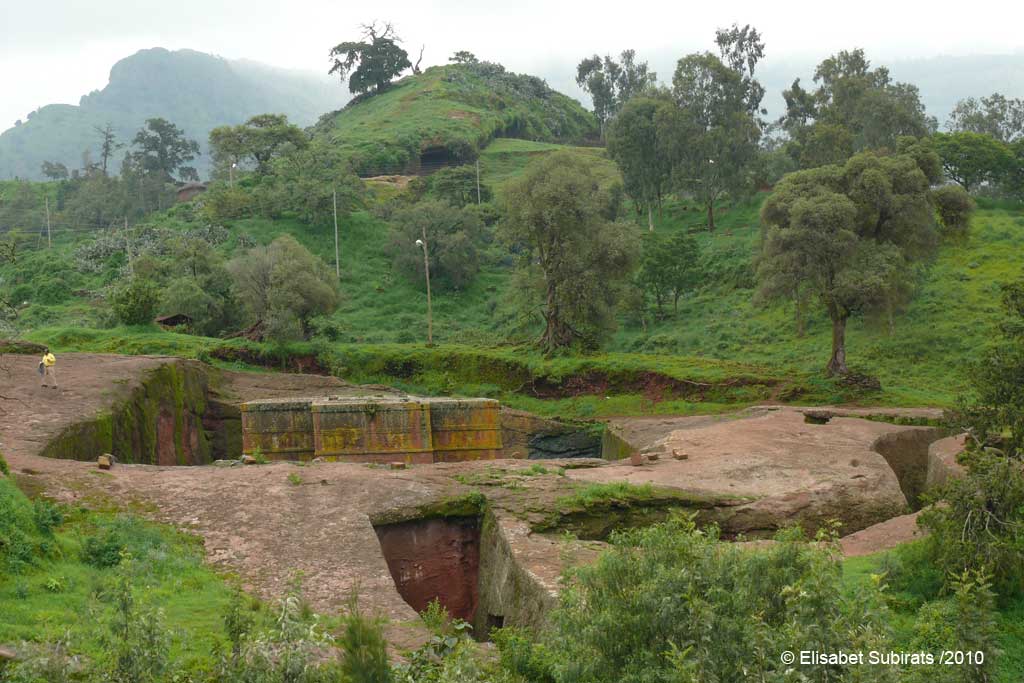 Rock-hewn churches of Lalibela were built according to the ancient Christian Basilica plant. They have a rectangular plan, sometimes enriched by side niches. The entrance is on the West -the side of the darkness and the sin- while the Sancta Sanctorum where the Tabot (a replica of the wooden box containing Moses’ Tables of Laws) is kept in the East, the side of sun rising and light. Pillars are cruciform or quadrangular in section – never circular – dividing the space in two or three naves. Usually the central nave is higher and vaulted while the others are flat. Sometimes the apsidal area is separated by a higher platform and a triumphal arch. Sometimes the entrance has a kind of vestibule, reminiscence of the ancient Basilica’s nartex.
The rock walls that surround the churches have many niches excavated, used as tombs in the past. Nowadays they are the living place of hermits who want to be close of this sacred place. 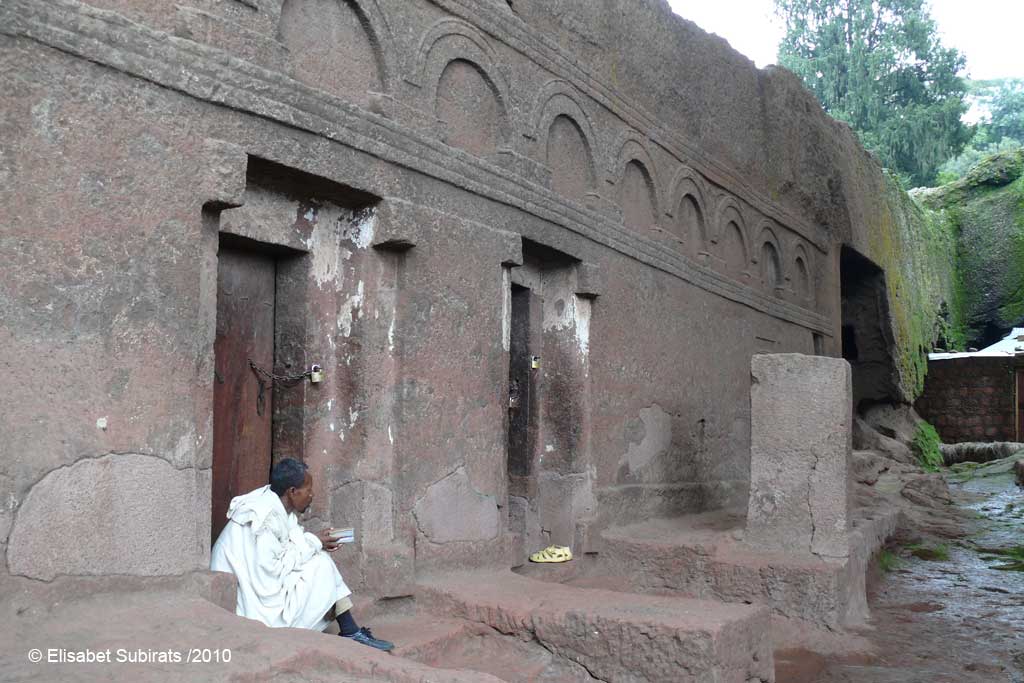 In terms of decoration, Lalibela churches still have some Aksumite features like keyhole windows – the shape that can be seen on the top of Aksum’s stelae -, beam heads on the windows and doors called “monkey heads” – having here only a decorative purpose – and of course the Aksumite cross. Interiors are simply decorated with paintings telling us the stories of the saints. Some of them are very fade and sometimes can be unnoticed by visitors so a guide pointing them out with his torch can be very helpful. Crosses have a major role in the churches’ decoration. Eight  basic shapes of crosses are found in Lalibela but there are many more. 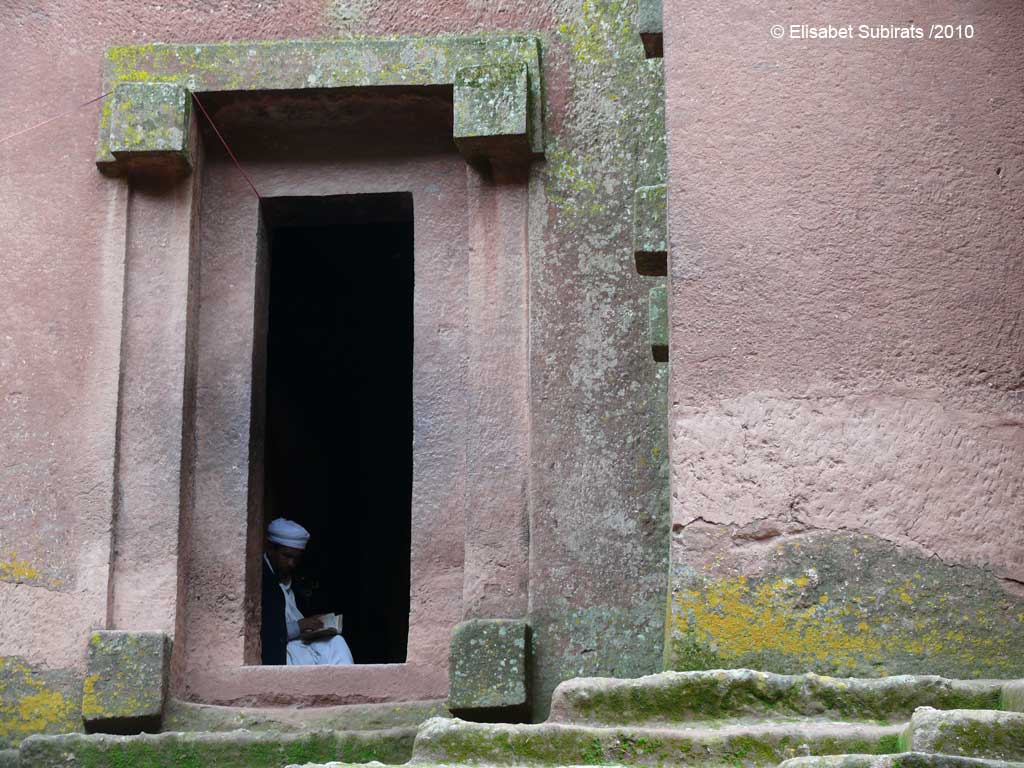 In this group the Tomb of Adam reminds us about the first man’s tomb. Biet Golgota is said to be the final rest of King Lalibela, placed exactly under the Christ’s tomb but the entrance to the grave is forbidden. Bieta Maryam was Lalibela’s favourite church and the guide will appoint you the place where he used to pray. Bieta Masqual (the Cross House) is said to have contained for some time the Cross relics Bieta Medhane Alem (House of the World’s Savior) could be a replica of the great cathedral of Aksum, built by King Khaleb in the VIth century and nowadays disappeared. 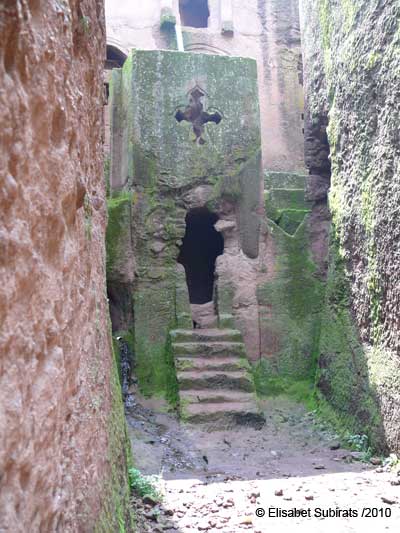 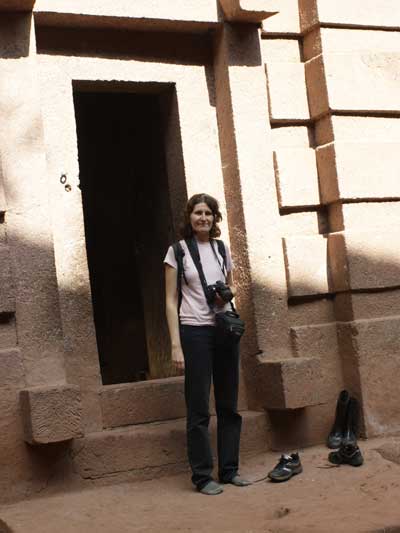 Permanent link to this article: http://holaworld.fr/lalibela-churches/