Lights up, this is Sydney!

I had been dreaming of Sydney since . . . always! That’s why I was not that sad to leave the Red Centre, lol. In Sydney I stayed in Concord, a suburb at 30 min by train from Central Station. For the same price, I could have my own room instead of a dorm in the city centre which after three days in the desert was most welcome!

I spent my first day hanging around The Rocks, the historical precinct in Sydney, where the first British settled. The visit to the Rocks Discovery Museum was a good introduction to the history of the city and I spent the rest of the day walking through its narrow streets where some historical buildings and hotels (pubs) still offer a glimpse of Sydney’s past. 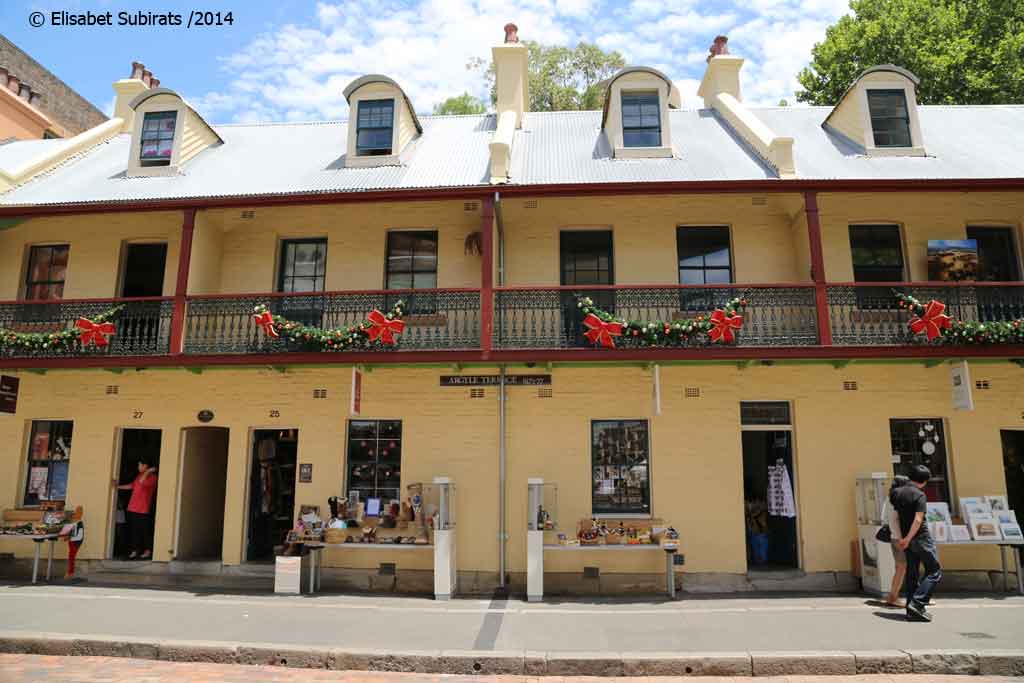 The second day was spent between Hyde Park, the Botanical Garden and the Harbour. I did not have any plan, just wanted to find nice photo spots of the Opera Hall and the Bridge. 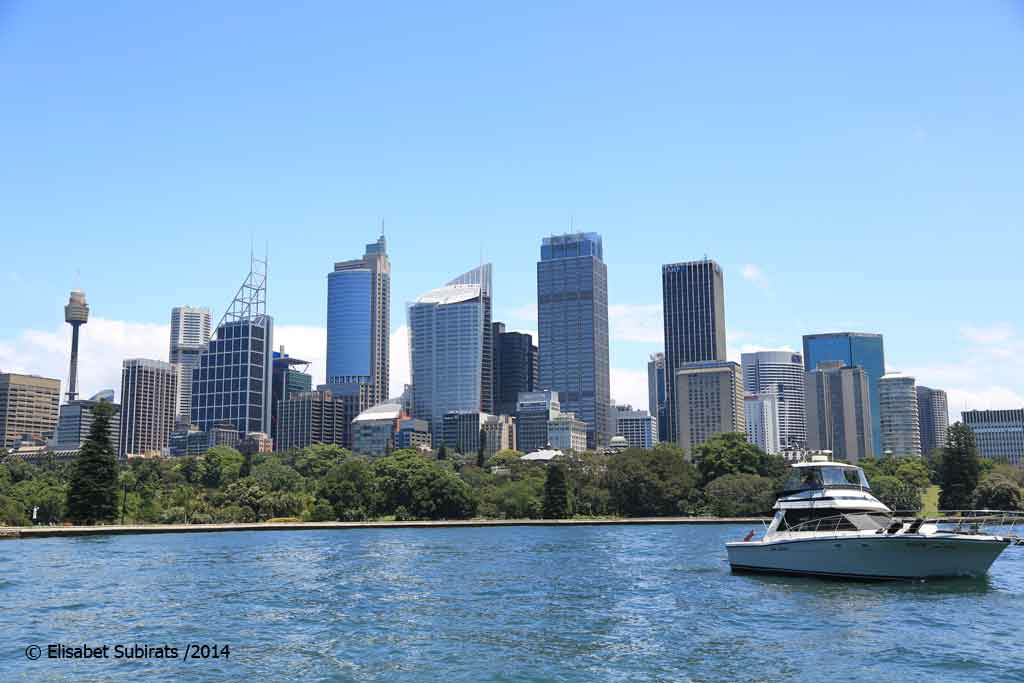 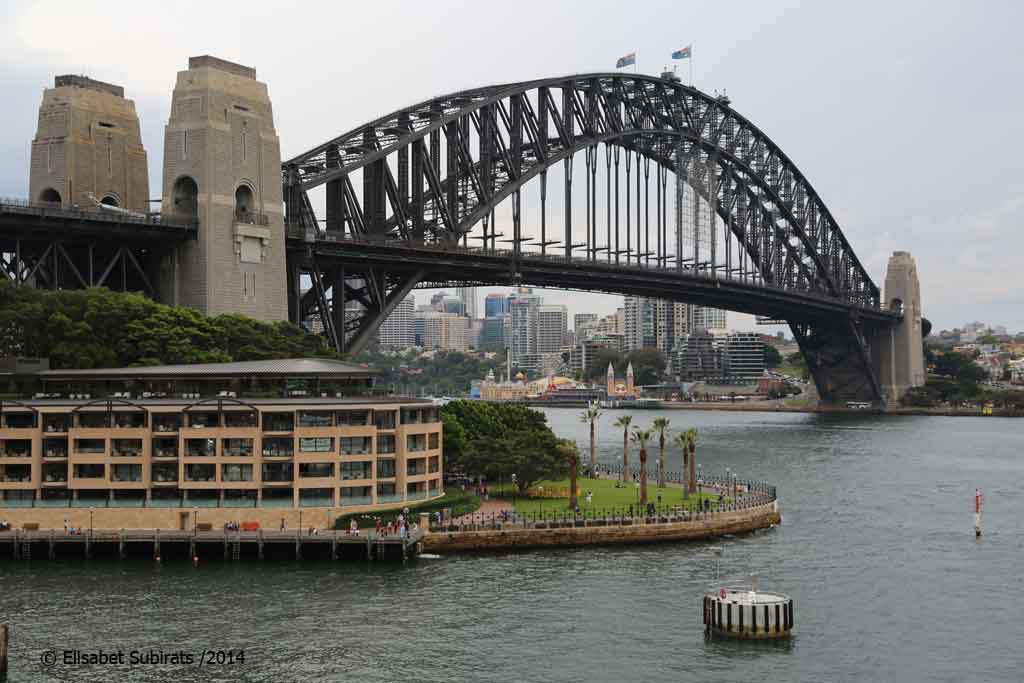 Jorn Utzon’s Opera Hall is an icon of Modern Architecture. This timeless building, much criticized during and after its construction, is today the symbol of Sydney. 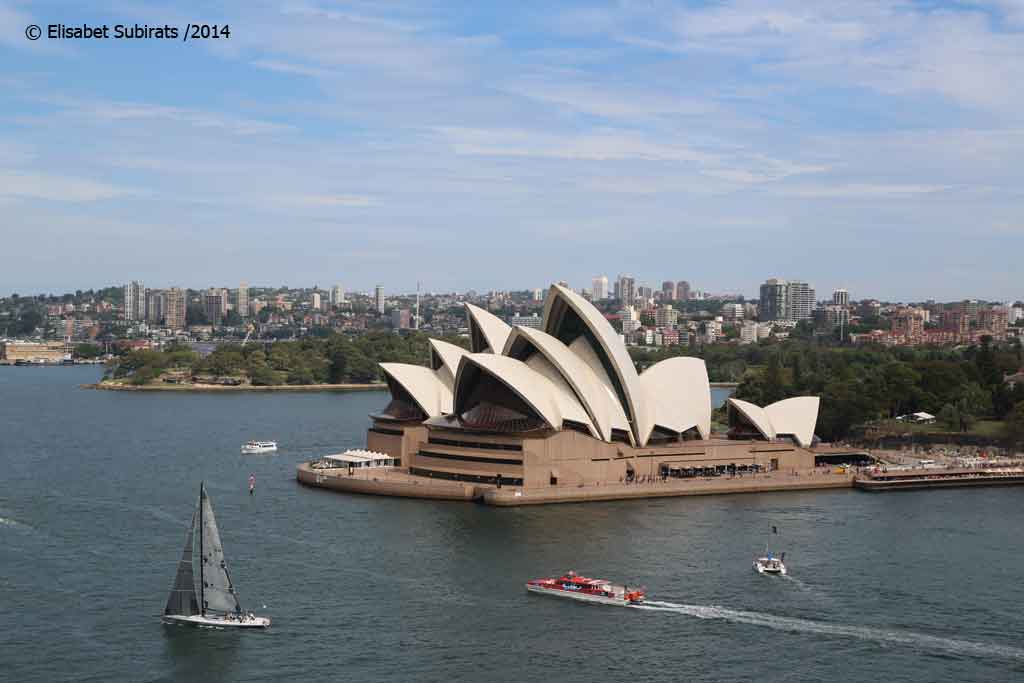 On my last day, I went to the famous Bondi Beach for some views of the Pacific Ocean and a little bit of beach culture (and surfers). From there I took the cliff top Sydney’s Coastal Walk through nice beach suburbs, ocean pools and a beautiful cemetery. It was a Monday morning and a little bit cloudy so beaches were a little bit lonely, just how I like them! I liked especially the ocean pools, I wished I had one more day to take a bath there! 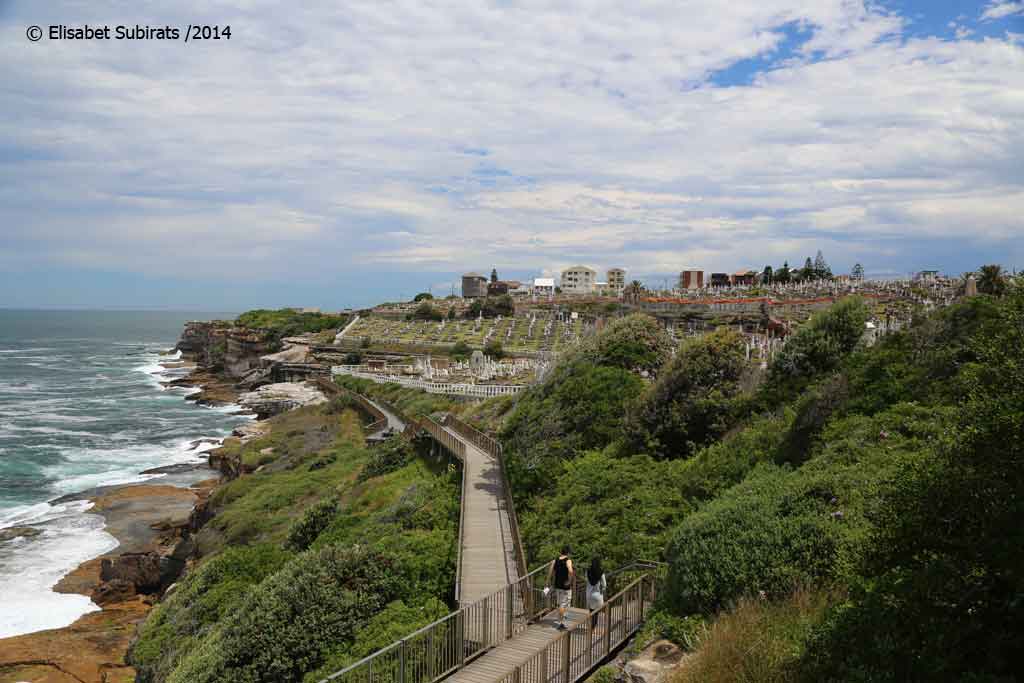 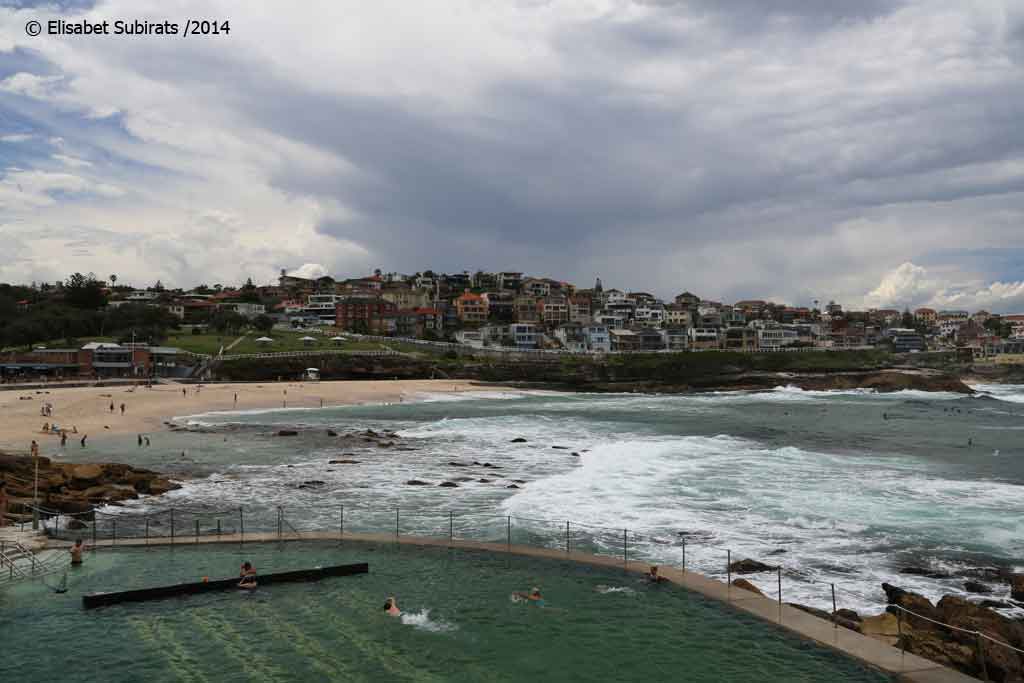 In the afternoon I met Vani for a beer in one of those cool pubs of The Rocks that I saw during my first day, actually that was my first Australian pub! After the beer Vani proposed to go dinner to Manly so we took the ferry to cross the bay. Manly is a relaxing suburb, a nice place for more coastal walks or some fish and chips from the local vendor and that’s what we did!

The ferry back to Sydney offers great views of the harbour and we took it just in time to see the sunset from the ship, it was very nice. After some souvenir pictures it was time for farewells, I had to take a flight to Melbourne on the following day . . . 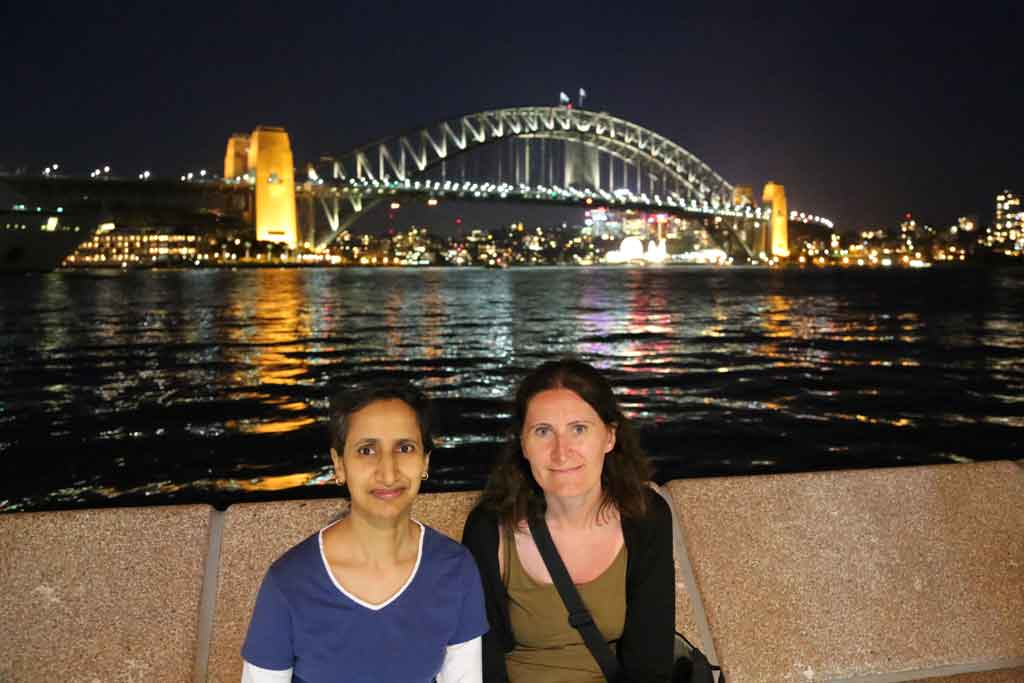 Permanent link to this article: http://holaworld.fr/lights-up-this-is-sydney/