Ethiopian Food (and other local customs)

Looking for the Ark of the Covenant (at Aksum)

The Aksumite kingdom was born in the north of Ethiopia by the I century BC. Situated on an important trading crossroad, it quickly became a wealthy civilisation who did business with countries like Egypt, Arabia and India and had its own currency. Aksumite society was rich and well organised and worshiped solar and lunar gods. Today, some huge stelae still testify about that glorious past. These stelae were elaborated tombstones for the ruling families. They could be a simple slab or a very elaborated monument, like a house with a door and several floors. The monkey-heads (the protuberances on the door) are also a typical decoration of the Aksumite style.The Stele Park is situated in the centre of Aksum and contains about 120 stelae of different size. In theory, any stele marks a tomb underground. Only few tombs are already excavated and you can visit them but Archaeologists still have a lot of work to do and a lot of mysteries about the Aksumite civilization could be revealed here in the following years. 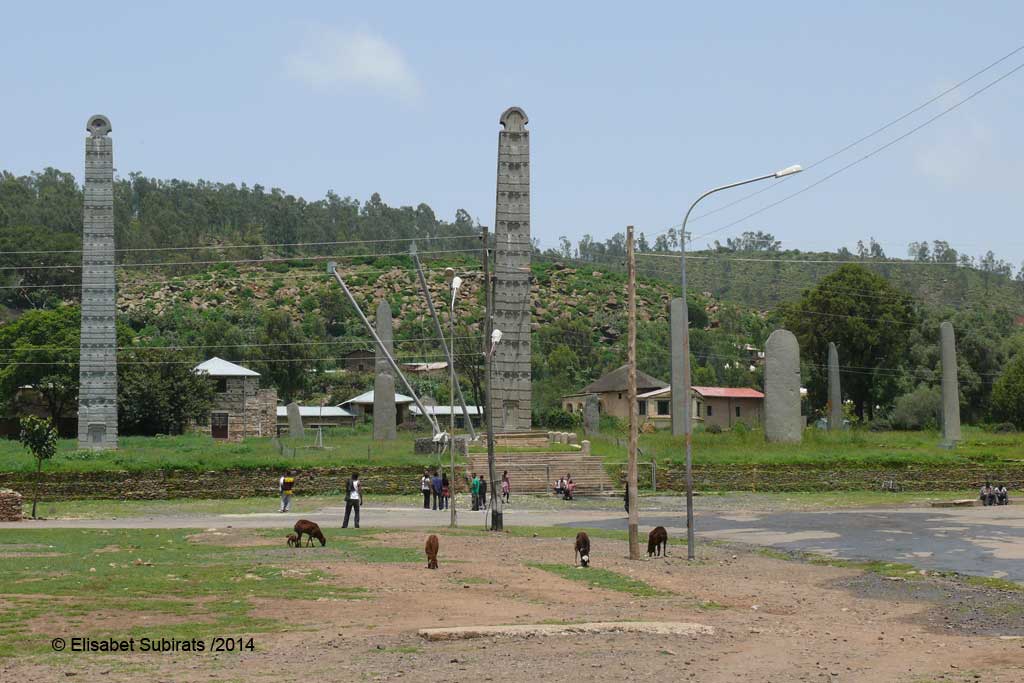 I took a local guide to visit the Stele Park and underground tombs which consist in a long corridor with niches on both sides. There is no decoration or other objects left but you still can admire the incredible precision used to join all those huge stone blocks. 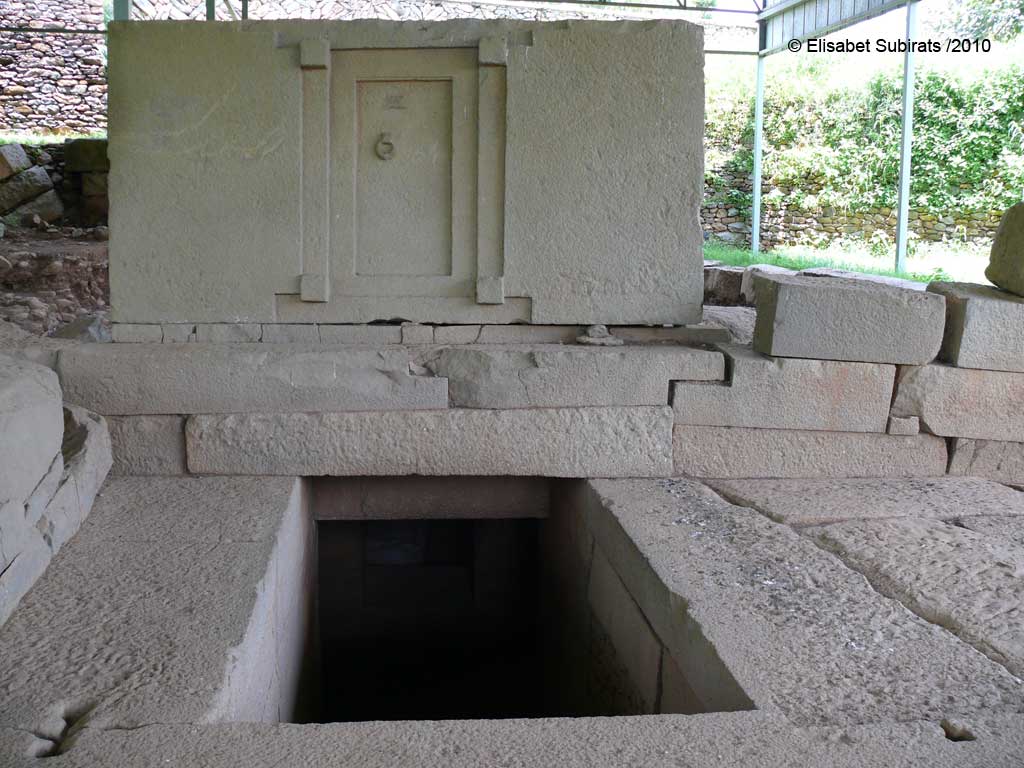 The most beautifully carved stelae are from the 3-4th century AC. The tallest standing obelisk, the Rome Stele, is 24,6 metres high. But the tallest and more spectacular stele is the Great Stele -33m high- which lies broken on the floor. The Great Stele is considered the largest single block of stone that men have ever tempted to erect. A legend says that its fall was seen by Aksumite people as a fateful sign to abandon their pagan gods. 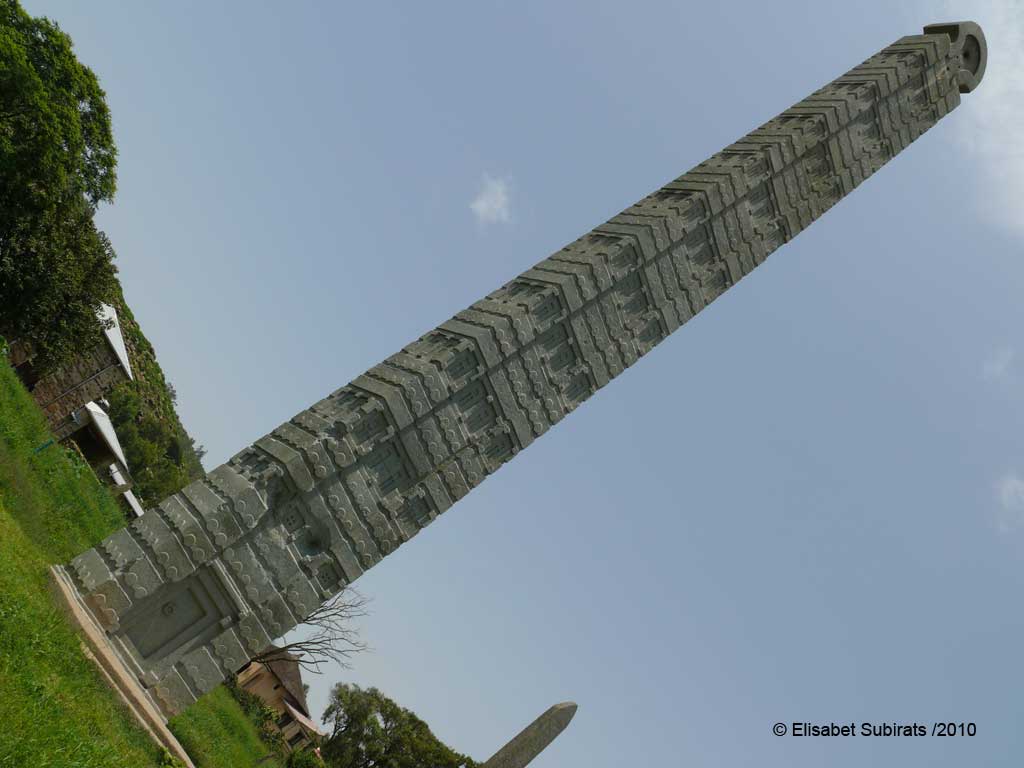 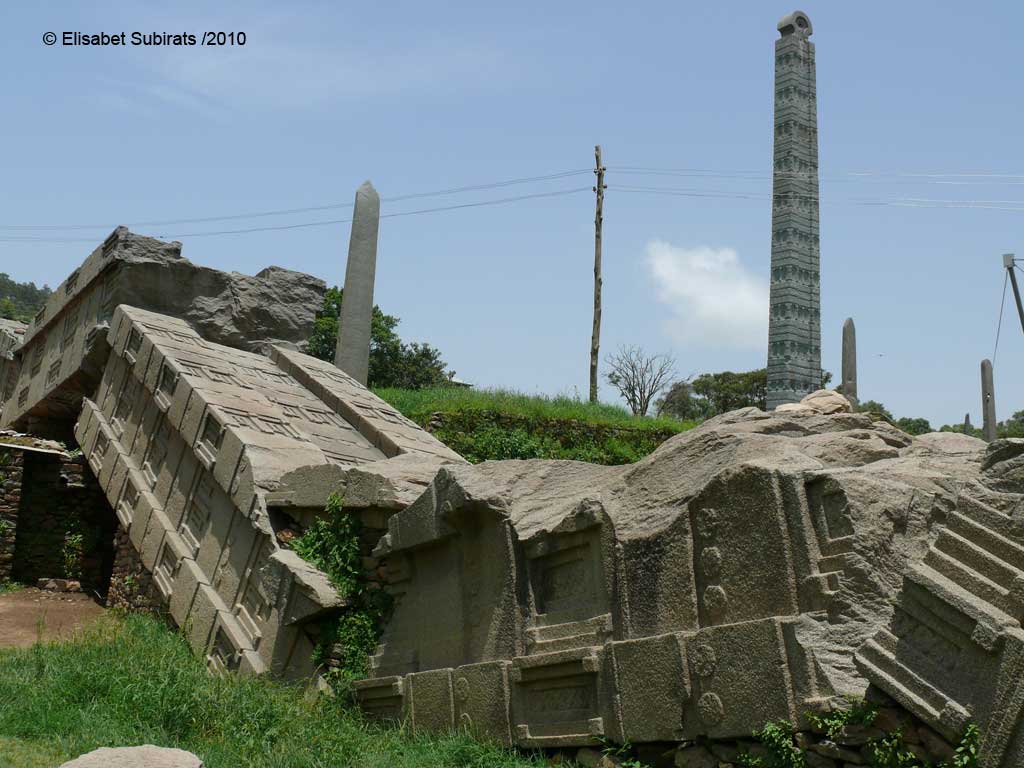 And that’s what happened! Tradition says that a delegation of nine Syrian monks convinced in year 330 the Aksumite king Ezana to convert to Christianity, becoming the Ethiopian people the first people to embrace officially the New Religion (Constantine I the Great embraced Christianity only in the year 337). Some years later a new language, the Ge’ ez was adopted in the kingdom. Ge’ez became the language of the Church and all the sacred text were translated from Greek into this language.

But in Aksum there are much more than a bunch of stelae . . . Aksum also hosts the famous Ark of the Covenant.
According to Christian tradition, this Ark was constructed on Mount Sinai by Moses, to host the two stone tables containing the Ten Commandments. This Ark was later housed in King’s Salomon Great Temple in Jerusalem until the Temple’s destruction in the year 587BC. Then silence.

Many legends have appeared about the Ark’s location since that fateful date. Ethiopian Church claims that the Ark of Covenant was carried off from Jerusalem to Ethiopia byKing Menelik I, the son of King Solomon and Queen Sheba (even if we can’t find any texts talking about this subject until the XVIIth century) .
Apparently since Menelik I times the capricious Ark of the Covenant can choose where to live so when you visit Ethiopia it is not strange to find other sanctuaries which claim to have hosted the Ark for a while in the past. However during the last centuries the Ark seems to be quite happy in its current house, Saint Mary of Zion in Aksum. Inside, there is a small chapel where a special guardian surveys the famous Ark all the time. This guardian, the only one to have access to the Ark, is a monk born in Aksum who is chosen by the community of monks for this important role. Since then he will live for ever closed in the chapel and will survey the Ark until his death.The new church of Saint Mary of Zion was built by King Haile Selassie in 1960 who, as you can see, had difficult architectural taste. People can visit the church, its paintings and small museum but will be kept far from the chapel. Few years ago two Belgian tourists tried to climb the railings that protect the chapel and since then the chapel is even more protected. I did not visit the church but the idea of being so close of a so mythical object was very spooky! 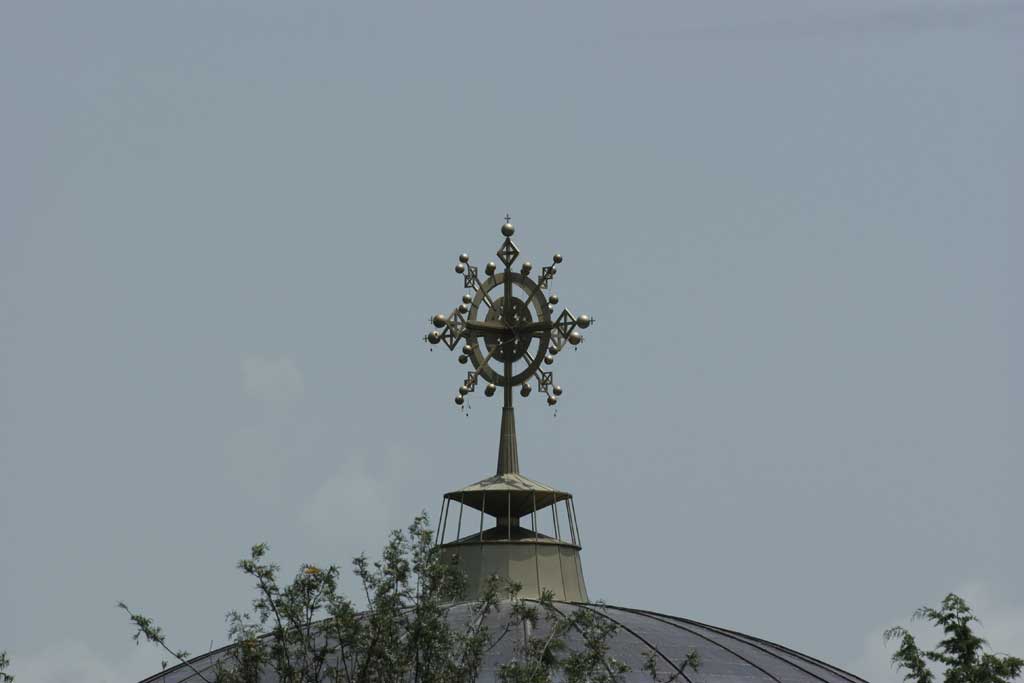 Permanent link to this article: http://holaworld.fr/looking-for-the-ark-of-the-covenant-at-aksum/