Melbourne and the Great Ocean Road

I arrived to Melbourne, my last stop in Australia, on Wednesday afternoon and two hours later Sowmya was already waiting for me for some nightlife 😀 . She took me to a nice Italian restaurant for dinner where we could enjoy delicious pasta and melanzane alla parmigiana, super! After the restaurant we headed to Queen Victoria Market. This is a very popular fresh produce market and, from November to February, it is also a lively night market (only on Wednesday nights) with  food and clothes stalls, bars, music and other kind of shops. The atmosphere was really cool!

On Thursday and Friday I reeeally needed some rest so I did not do much apart from meeting some friends in the afternoon. On Thursday I had dinner with Fathya (do you remember her in Yunnan?) in a Greek restaurant and on Friday afternoon I went to Sowmya’s office to pick her up for some drinks, we wanted to celebrate the end of her working week!  We went to a fashionable area close to Princess Theatre. The weather was warm and sunny and the terraces were crowded with people enjoying the beginning of their weekend, it was nice to do some local stuff with Sowmya. 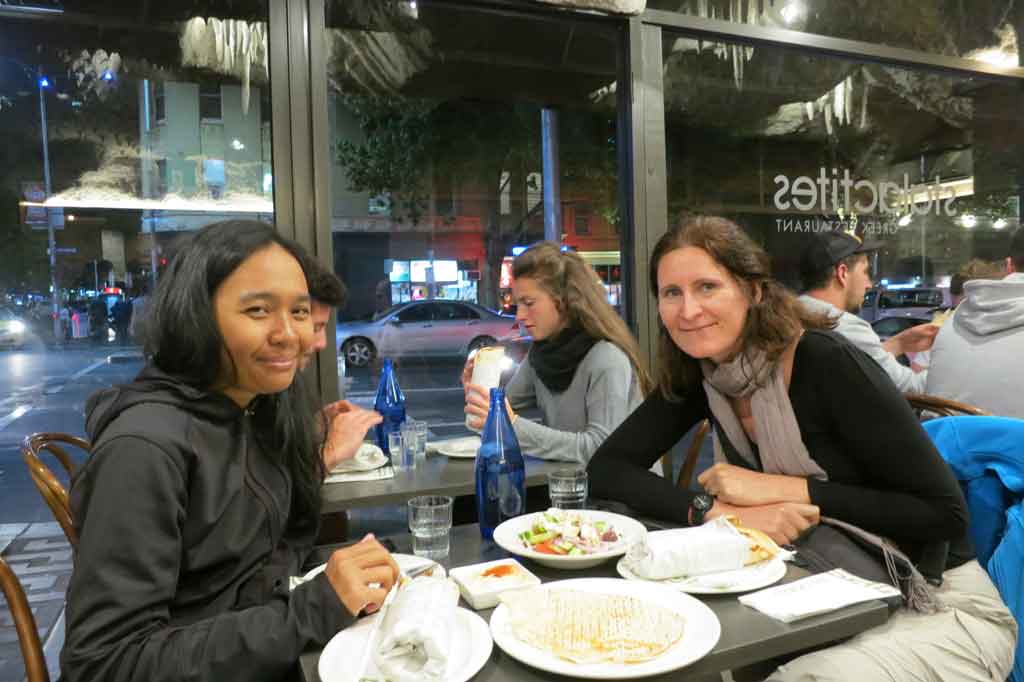 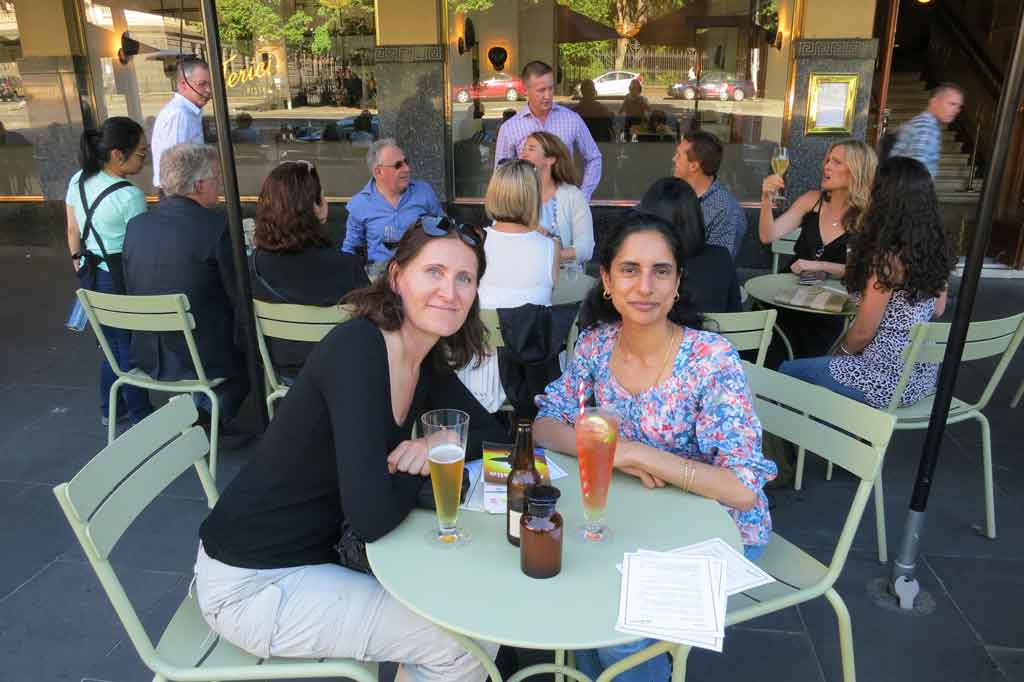 On Saturday I joined a tour to visit the Great Ocean Road, one of the most visited sights in Australia. Three thousand Australian returned soldiers of the First World War built the Great Ocean Road. Finding employment to the servicemen who survived the WWI was a crucial factor for their rehabilitation to civilian life. In Victoria post war, the GOR project offered them the chance to work again with a good pay and conditions. 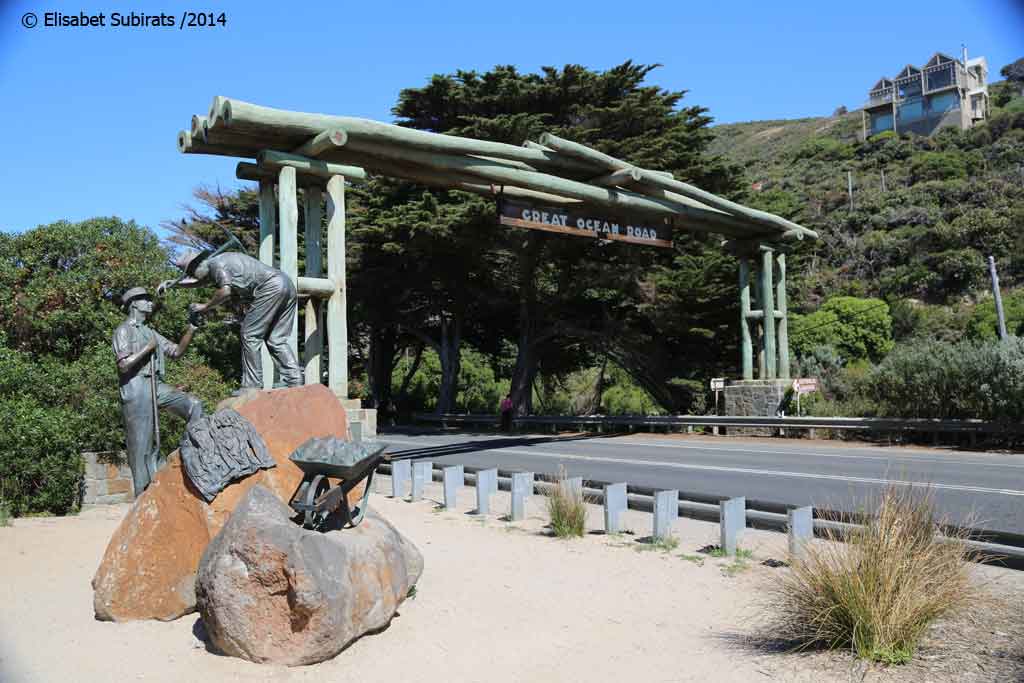 We left Melbourne very early in the morning because there is much to see along the GOR. The Great Ocean Road is  home to the world class surf and during our breakfast stop we could see few surfers getting ready for the first big waves of the day . . . Well, these surfers did not look exactly like the Australian surfers we all have in mind but it’s ok! 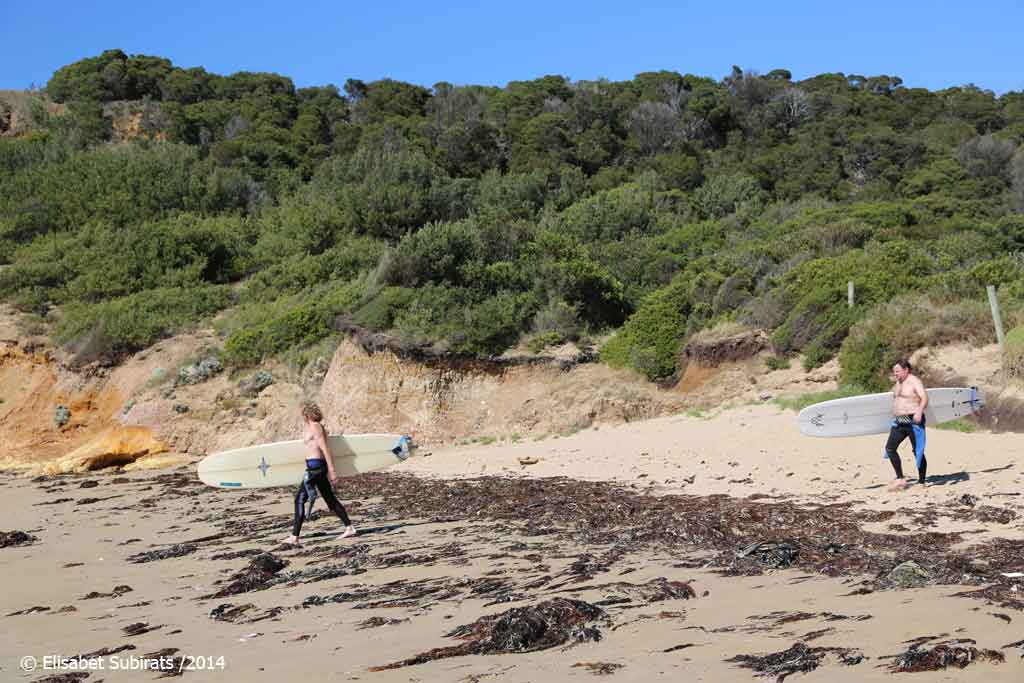 One of my favourite stops was Kennet River, where it is possible to spot some koalas in the wild. Koalas spend 80% of their time sleeping on eucalyptus trees and when they sleep, they look like a hairy ball, not very interesting. Fortunately I found a koala half awake and I could see him well, so cute! 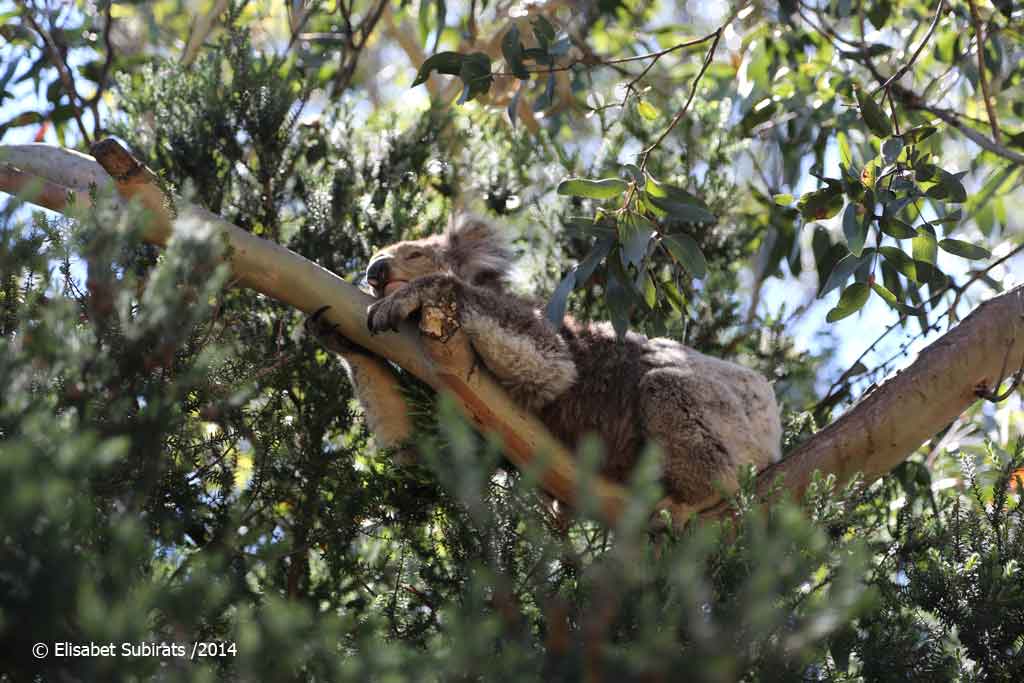 The GOR not only means long beaches, actually one of the most interesting stops was the Otways, home of Australia’s best rain-forest scenery. We walked the Maits Rest Rain-forest Walk (30 min return) amongst tall trees (up to 300 years old!), ancient plant life and lush ferns. 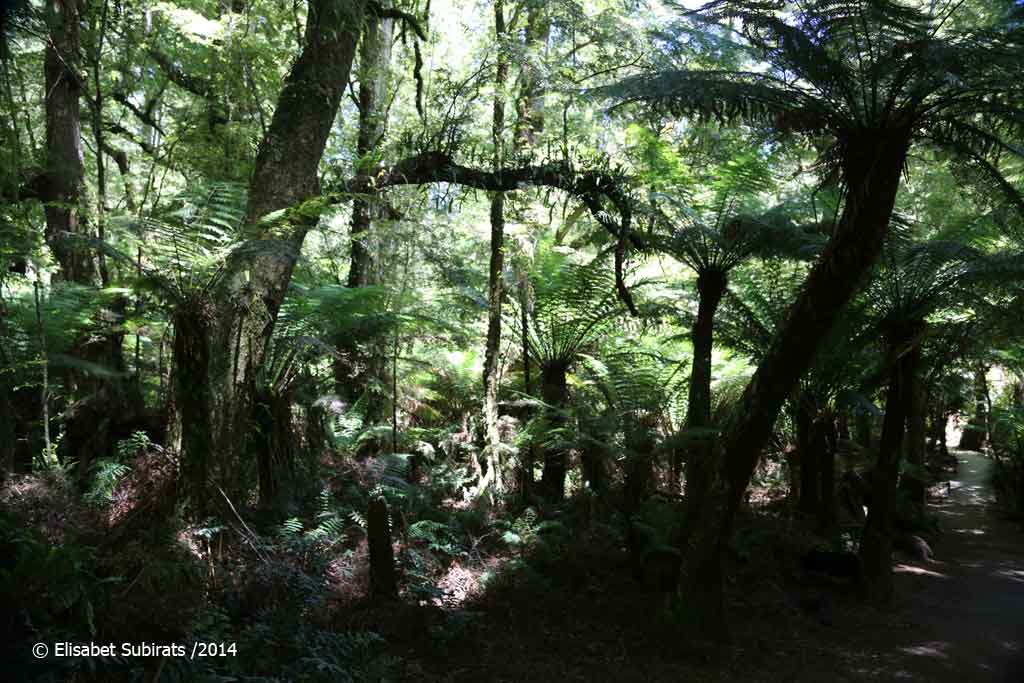 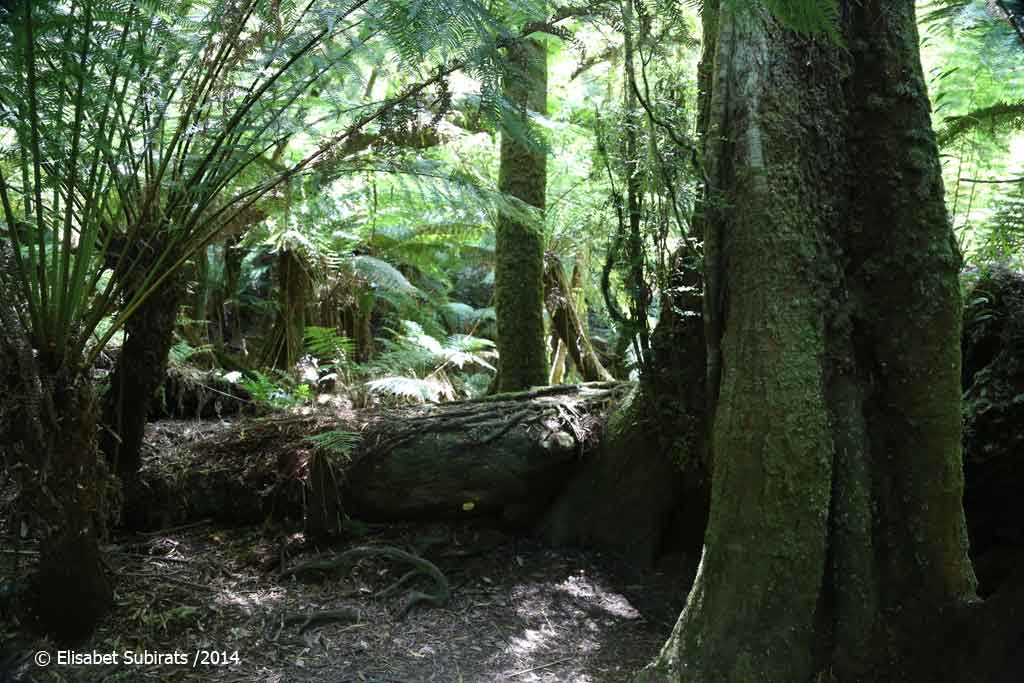 After some forest, it was time for the most popular spot on the GOR, the Twelve Apostles. Actually there are only ten and are temporary remnants of a retreating limestone coastline, under constant attack by the sea. 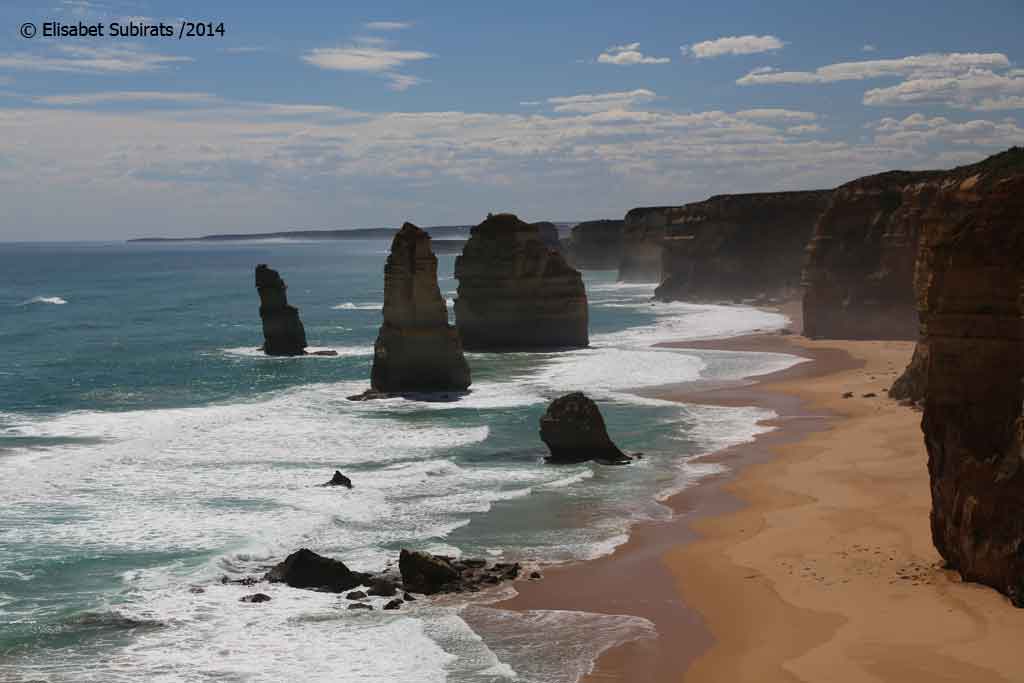 But personally I preferred the rock formations of Bay of Islands, some kilometres further. There is a path to see the most spectacular rock formations from the top of the cliff but we could also go down to a small cove with another kind of rock formations. 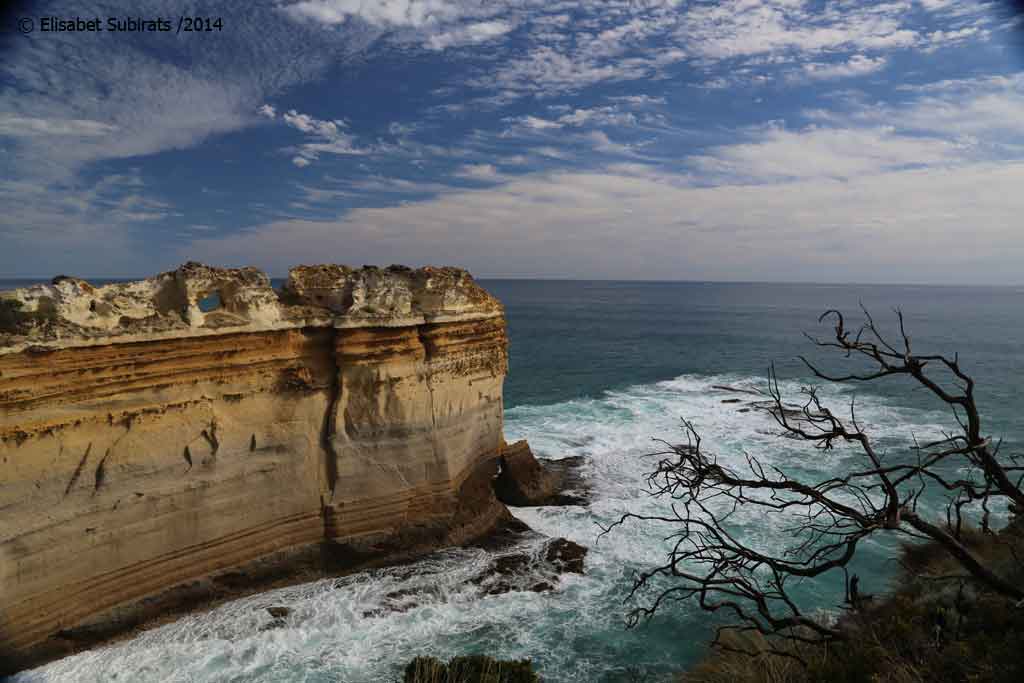 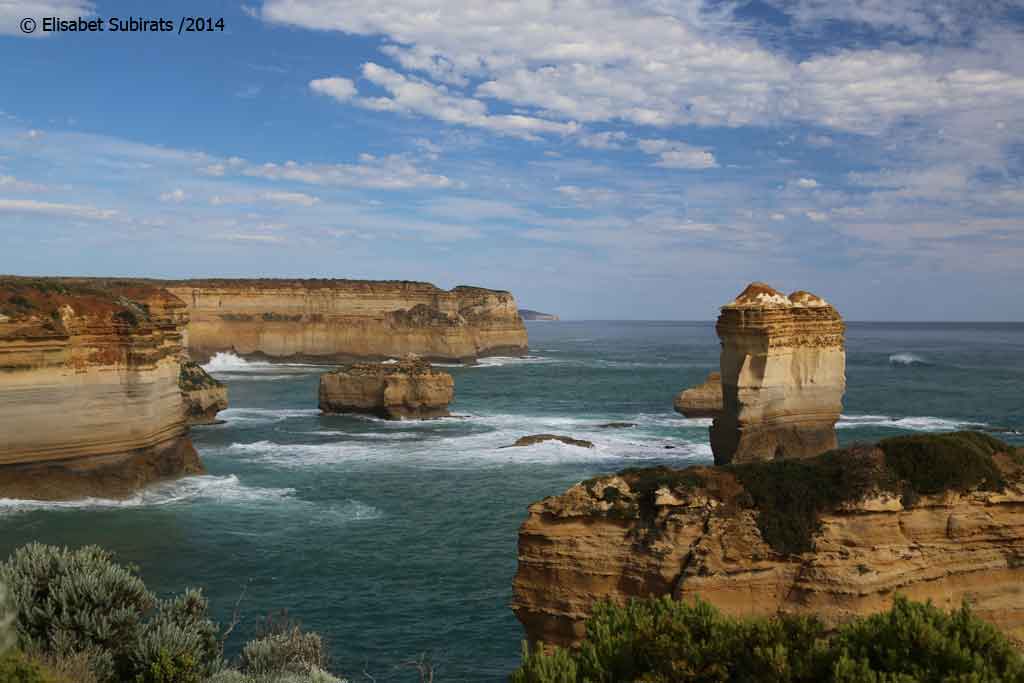 My last day in Melbourne was spent . . . visiting Melbourne. I took it easy and walked around the Central Business District and along the promenade along Yarra River. Melbourne is a cultural city where food, fashion and art are its main “sights”. 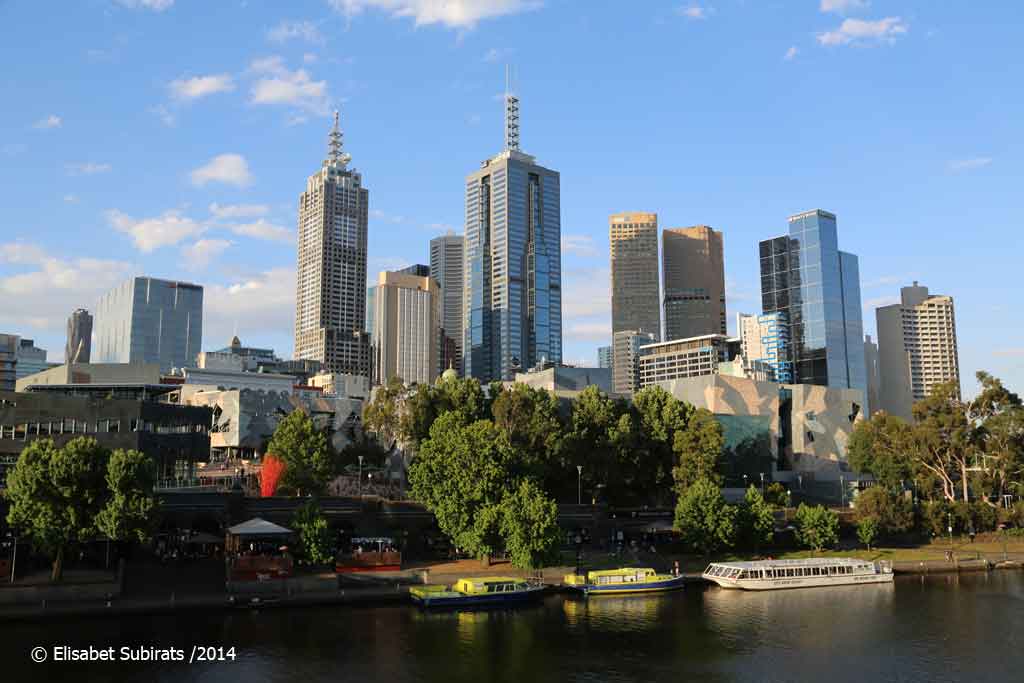 From the distance I could also see the mythical Melbourne Cricket Ground (MCG). This 100.000 people stadium has hosted many major events, like the first cricket match Victoria- New South Wales (1856), the first test-match between Australia and England (1877), the first match of International Criquet (1971) and the final of the Criquet World Cup in 1992. This stadium was also the heart of the Melbourne Olympic Games (1956) and also hosted a massive mass by Pope John Paul II during his Australian trip in 1986 . . . a pity that I don’t understand anything about cricket! 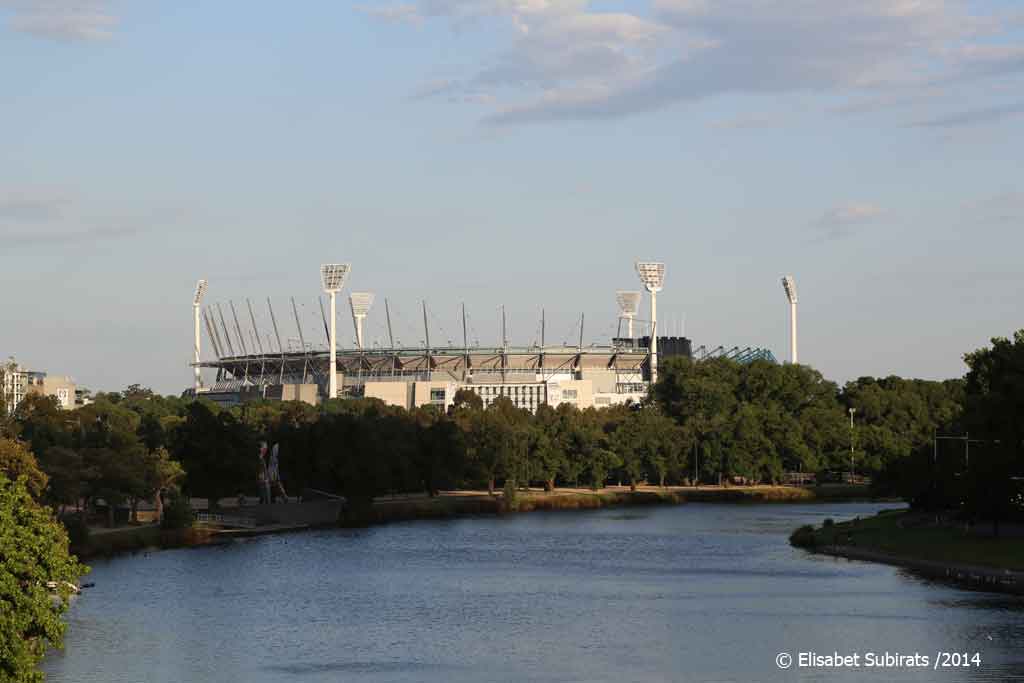 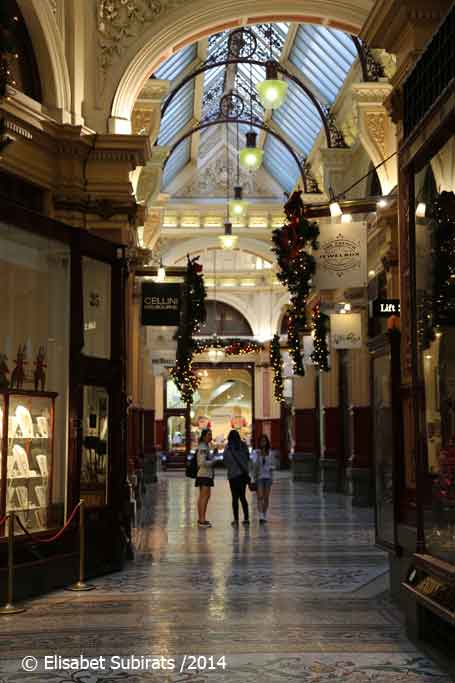 Back to the main streets, I visited some Parisian-style arcades, the place to shop and to be seen in the 19th century Melbourne, but I could only enjoy its architecture because it was Sunday and shops were closed. I also missed Melbourne’s popular suburbs and well, some beach time! But it was time to pack my things again, New Zealand was waiting for me . . .

Permanent link to this article: http://holaworld.fr/melbourne-and-the-great-ocean-road/