A day on the Routeburn Track

Even if we walked less kilometers, this was the hardest day of the trek (14km, 400m up and 1000m down, 7hrs). The day started climbing up to Mackinnon Pass and Memorial, the highest point of the track at 1.154m. After two days, the backpack was lighter but I also was more tired so bah, it was hard, lol. Even if the views of Lake Mintaro and Clinton Canyon were gorgeous, I did not want to stop much for pictures not to break my walking rhythm. 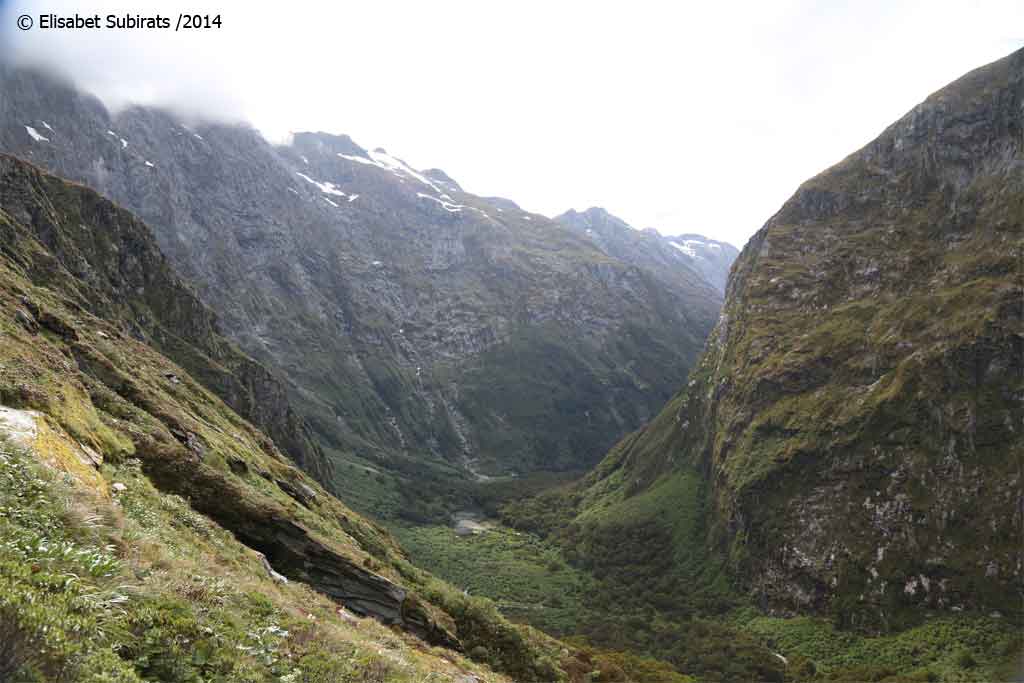 In the end the effort was rewarded with a fantastic 360° panorama and a chocolate bar, lol. 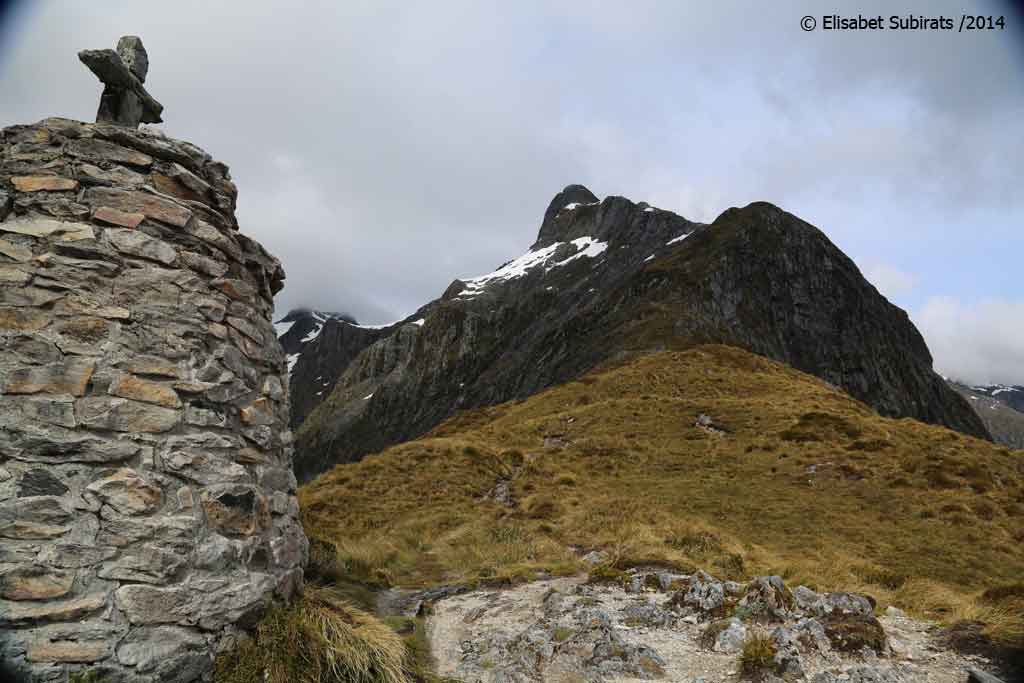 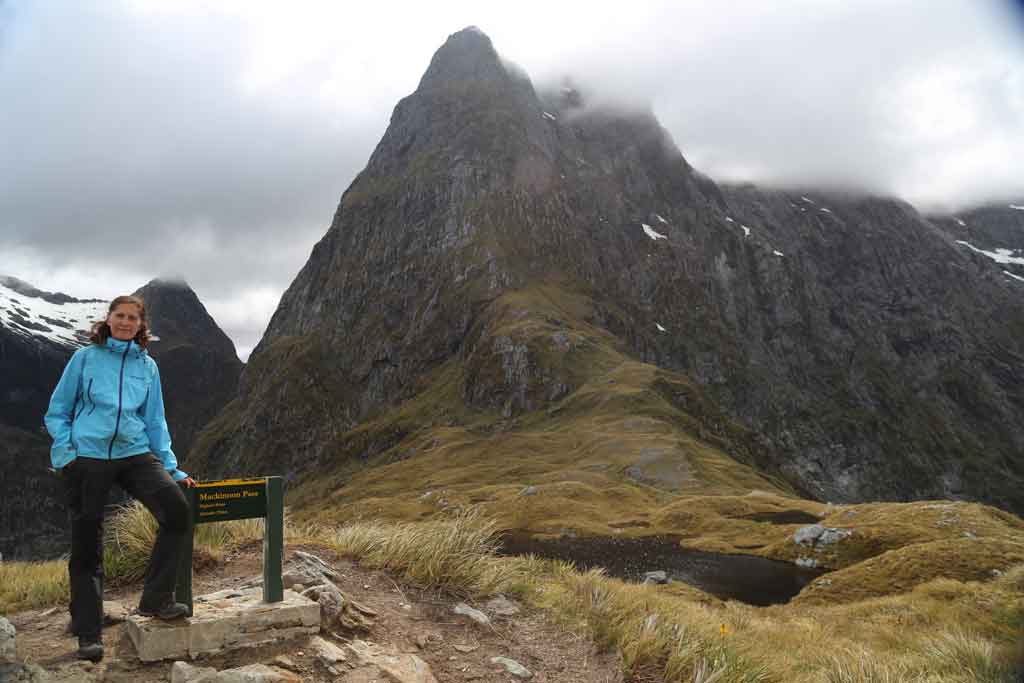 I did not stayed long on the top because it was too windy and there was still a long way to go.  The 1000 meters descent into the Roaring Burn stream was hard, especially for the knees, and it took me a lot of time. But the views were nice and we crossed beautiful forests and many waterfalls. Just when I thought that I had seen the most beautiful waterfall, voilà, next one was even better! 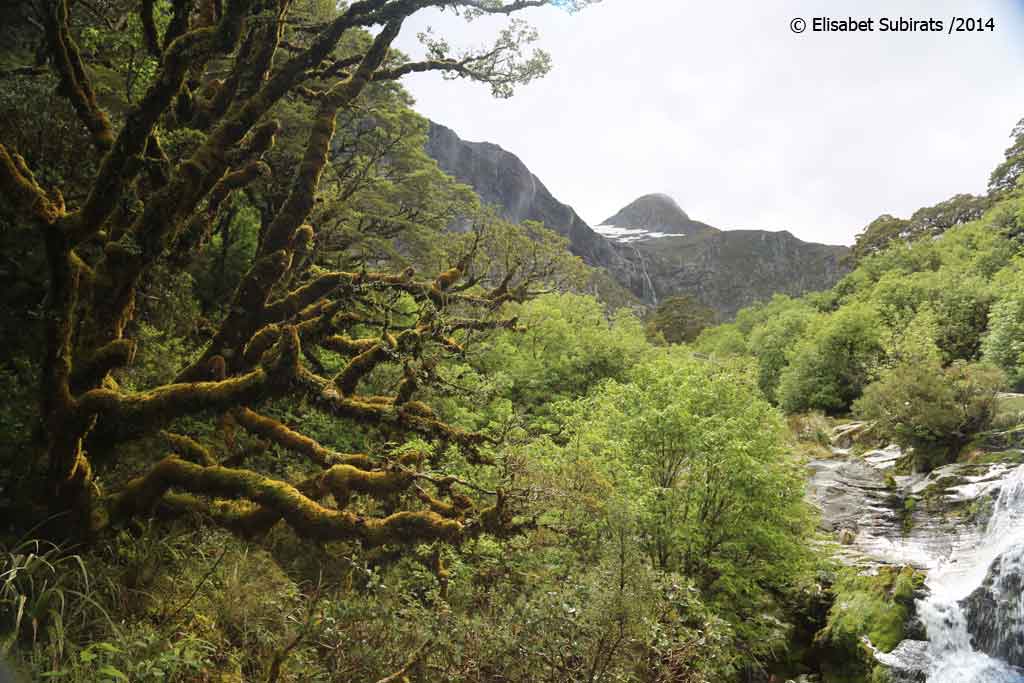 But no waterfall can be compared to Sutherland Falls, the largest falls in New Zealand, which drops 580m in three leaps from Lake Quill. This is a side trip done from Quintin Hut, 1h 30min return, but it was worth it! 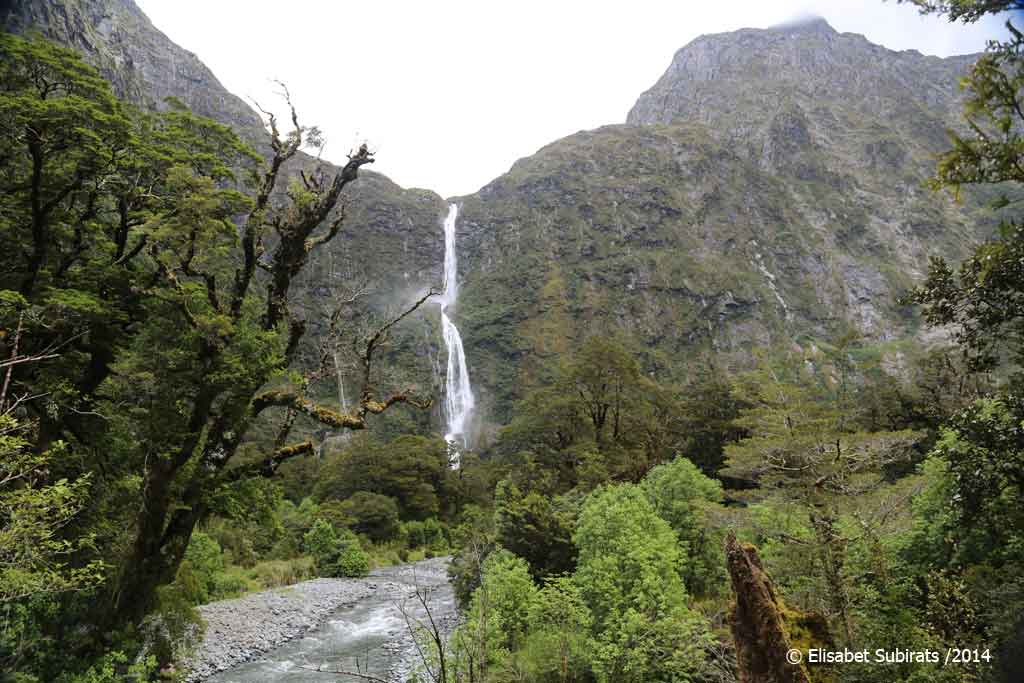 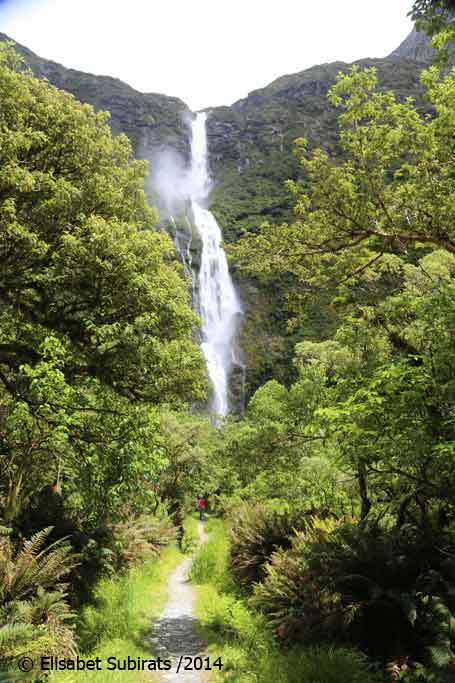 The last day walk was long (18km, 6hr) but flat. However, we could not relax because we had the boat from Sandfly Point to Milford Sound booked, mine was at 3pm! 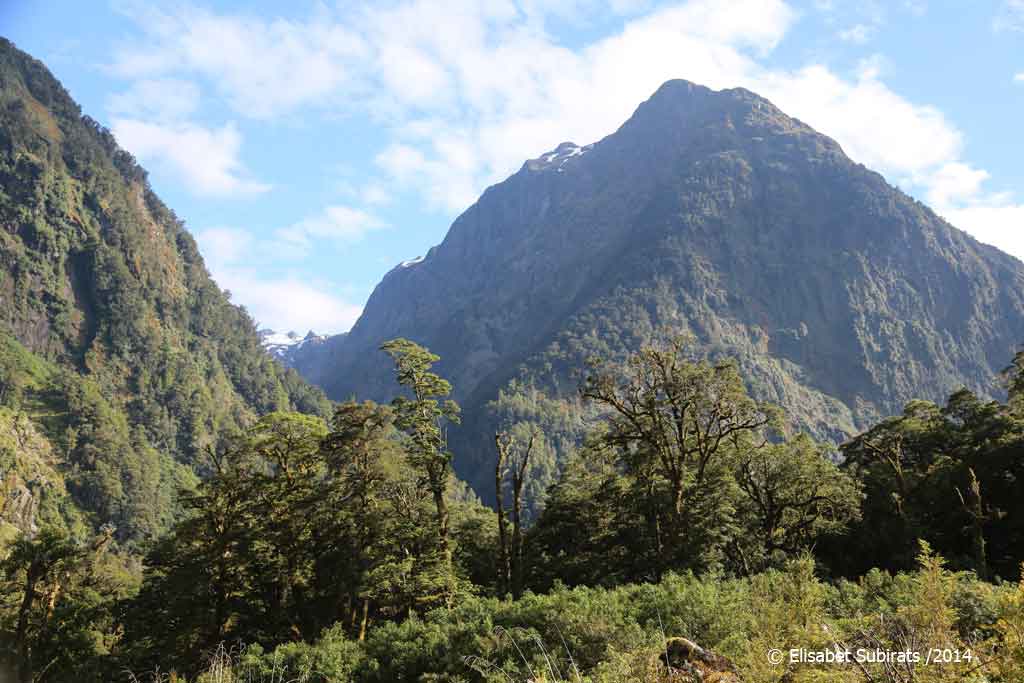 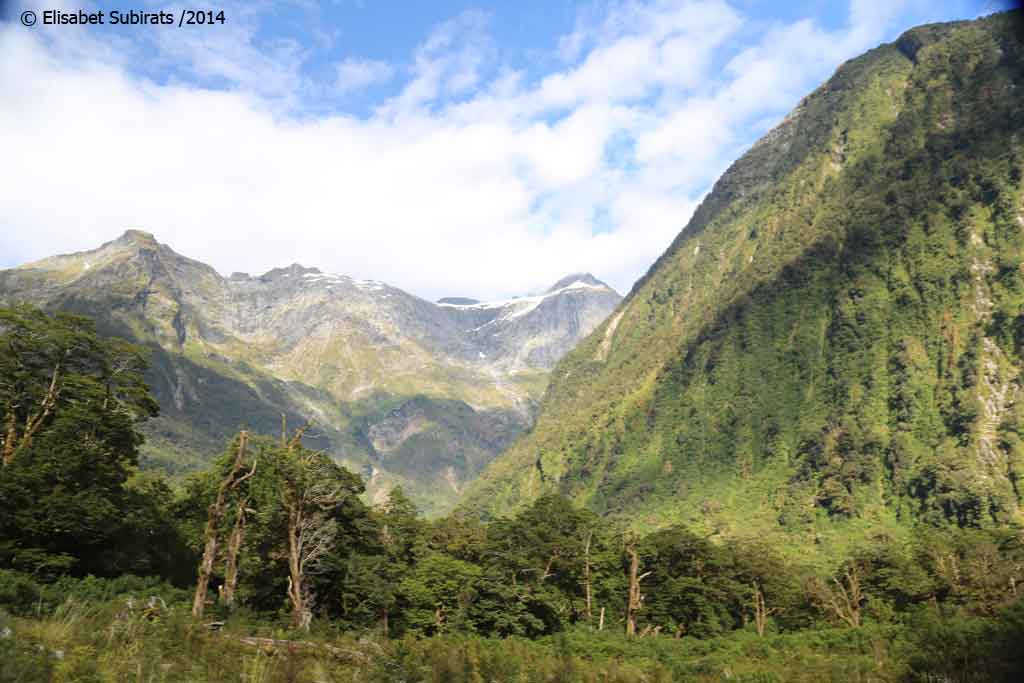 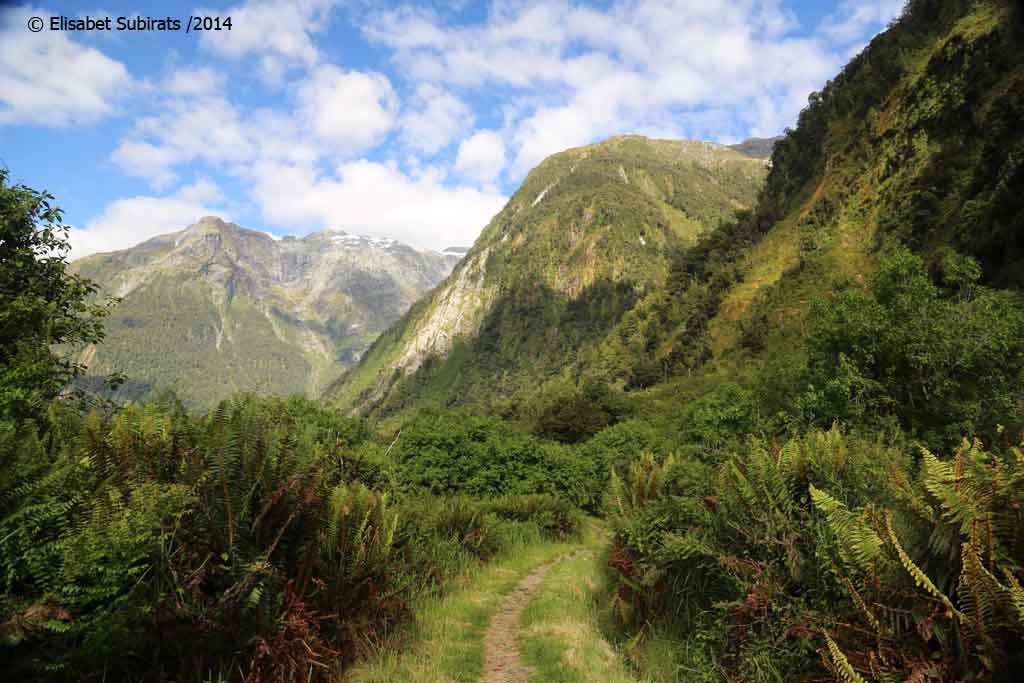 The walk was nice, especially Lake Ada, where we all stopped for lunch. After that, I did not take many pictures, I just wanted to finish. My legs were not that bad but I had backache, I was hating my backpack. 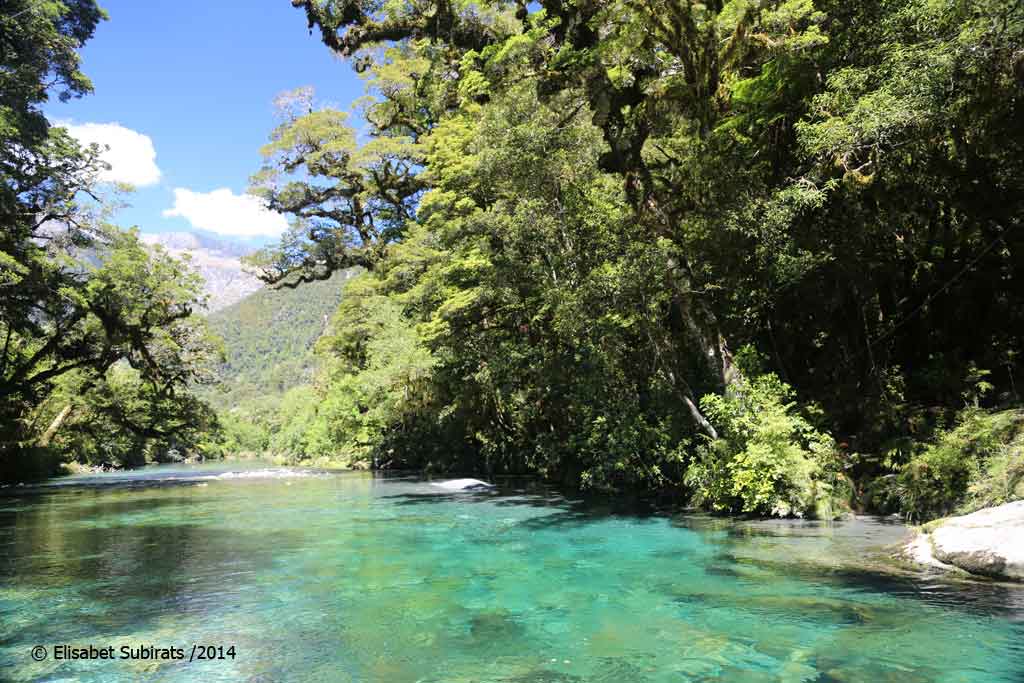 I reached Sandfly Point, the end of the track (53.5km), few minutes before 1pm so I could take the previous boat to avoid the annoying sand flies. 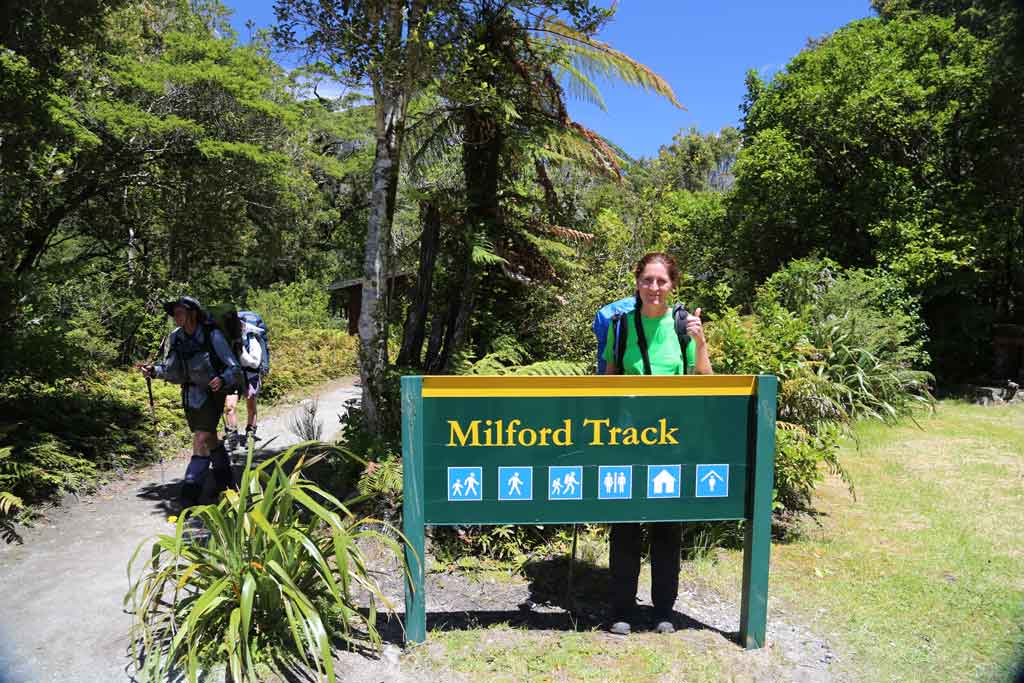 The 4 days journey ended with views of Milford Sound (New Zealand’s most famous tourist destination) under the sun. This place is really magic and it is difficult to describe its beauty with words or pictures. This boat trip through Milford Sound was a nice experience from which I will keep nice memories . . 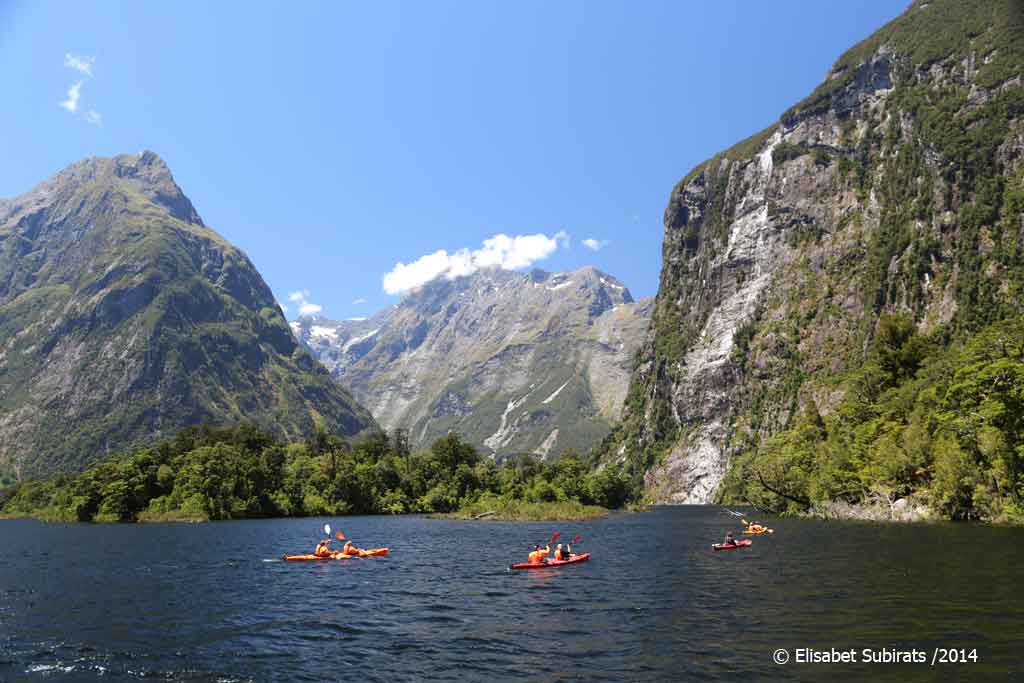 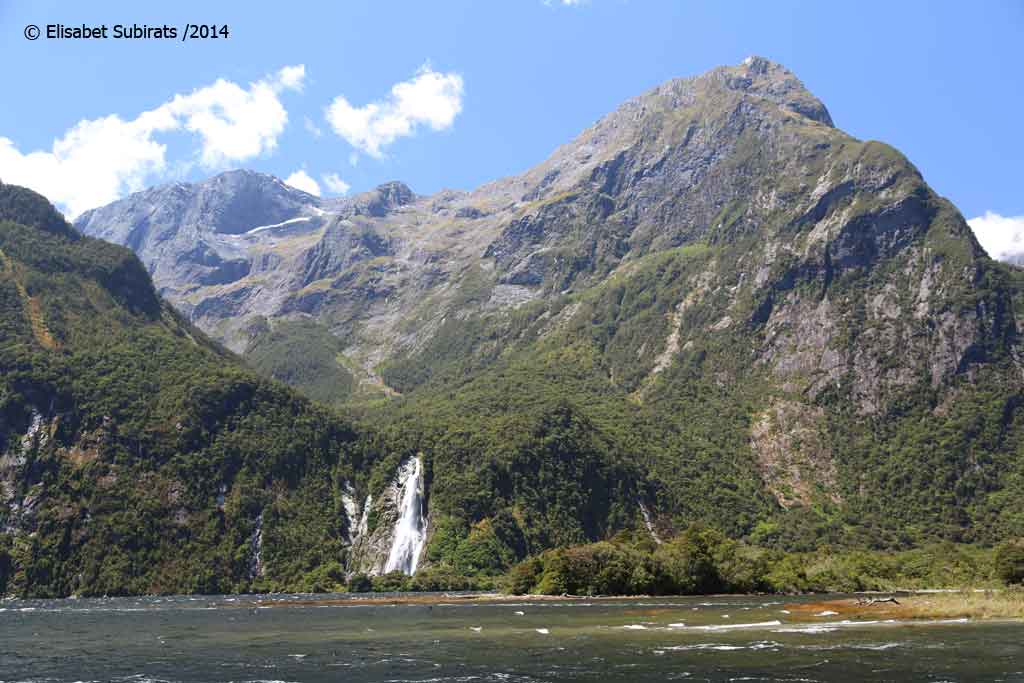 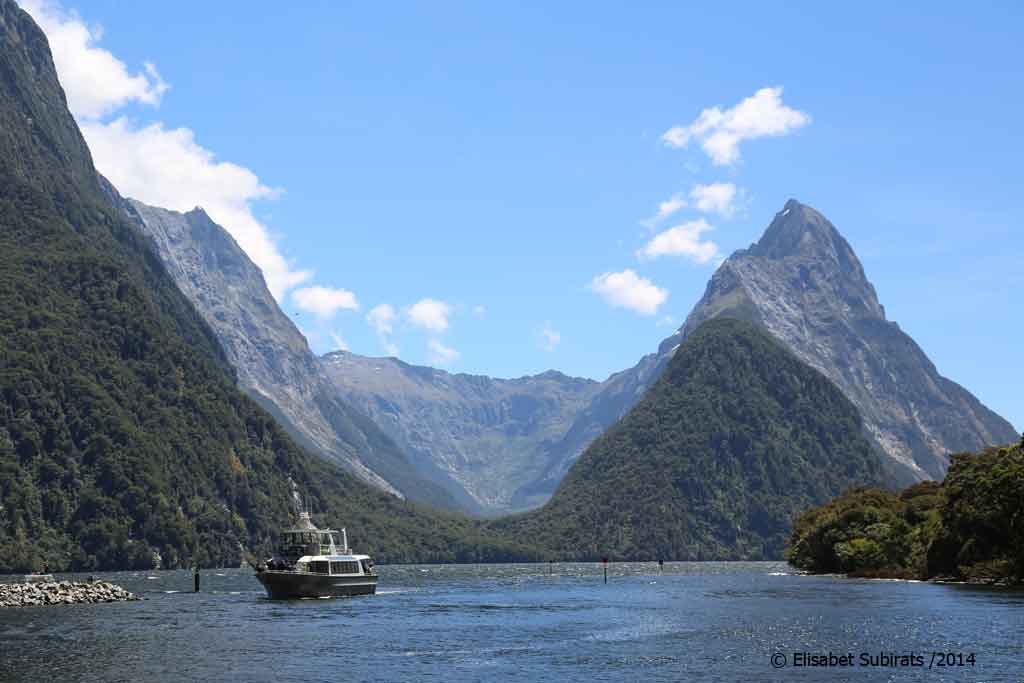 Back to Te Anau, I celebrated the end of the track with a super hamburger in the local pub, I deserved it! Later, the Steiner family joined the celebration with some beers. They were a very cool family from Melbourne and Sydney and I shared the huts and some kilometers with them, it was nice to meet them also in Te Anau! 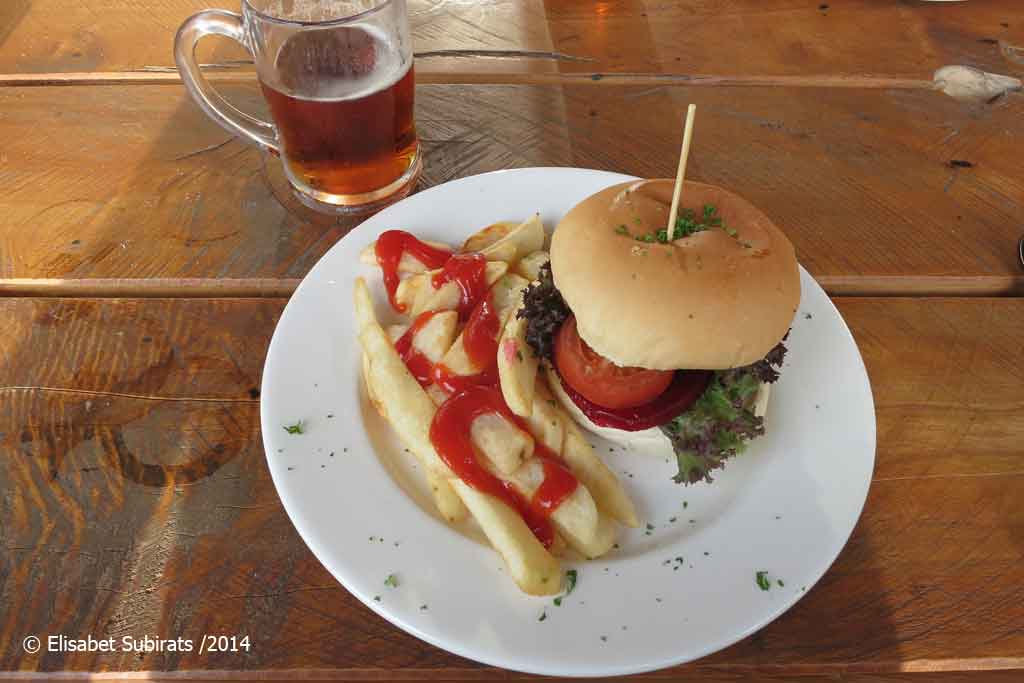 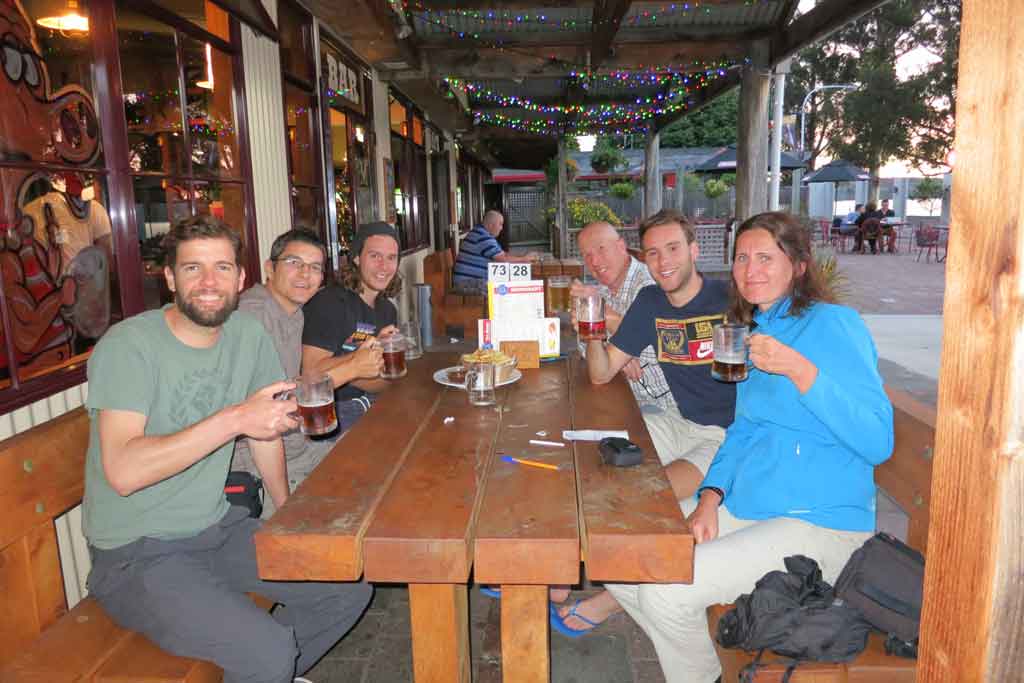 Permanent link to this article: http://holaworld.fr/milford-track-part-two/