After some mountains and culture, it was time for a little bit of desert. However, Iran is a huge country and the desert was far away from Shiraz so we needed to do a technical stop at Kerman, an ancient trading city. In Kerman there is nothing to do but it is a good base for some interesting sights around like the palace Bag-e-Shahze, with its gardens and qanats (traditional water sources of Persian Antiquity) or the mausoleum of a very venerated Sufi dervish, the Aramgah-e-Shah Ne’Matollah Vali. We booked a day tour to visit all this sites and more. 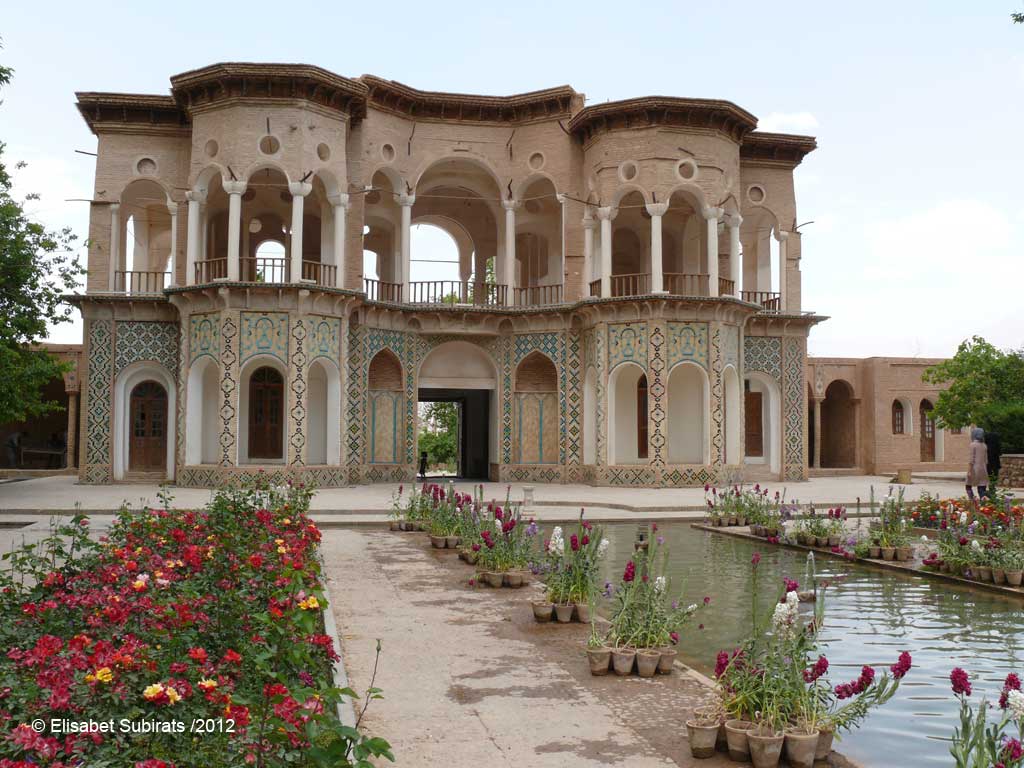 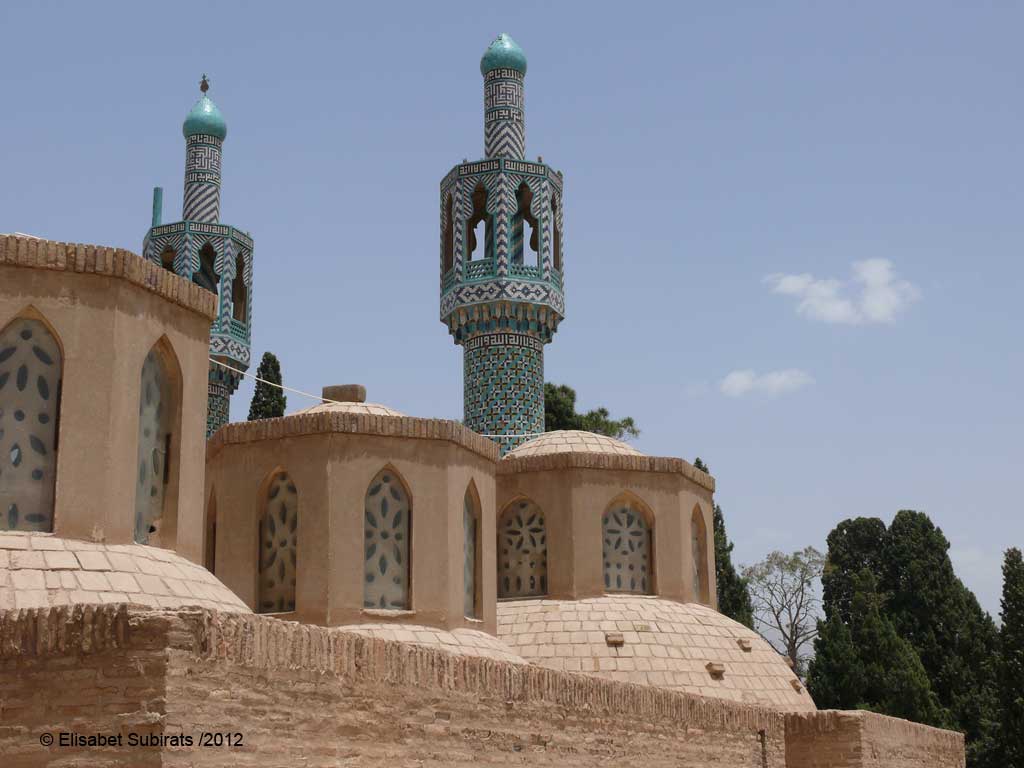 The following day we took a bus to Toudeshk, a classic desert village of mud-brick buildings and the gate to the desert. In Toudeshk,  Mohammed and his daughter were waiting for us for a little excursion to Dasht-e Lut.

Dasht-e Lut (emptiness desert) better known as Lut Desert, is a large salt desert in southeastern Kerman, Iran Within a corner of the vast Dasht-e Lut (desert), there are the Kaluts (moving sand castles), strange desert formations shaped by centuries of extreme water and soil erosion, running north to south for 145 km, across the searing province of Kerman.

At this point, the altitude is a mere 56 m above sea level and it is recorded as the lowest region in Iran and also the warmest point in Iran and the world. The temperature in the Lut desert can exceed 65 degree centigrade in the shade, which makes it even hotter than “Death Valley”in Saudi Arabia. 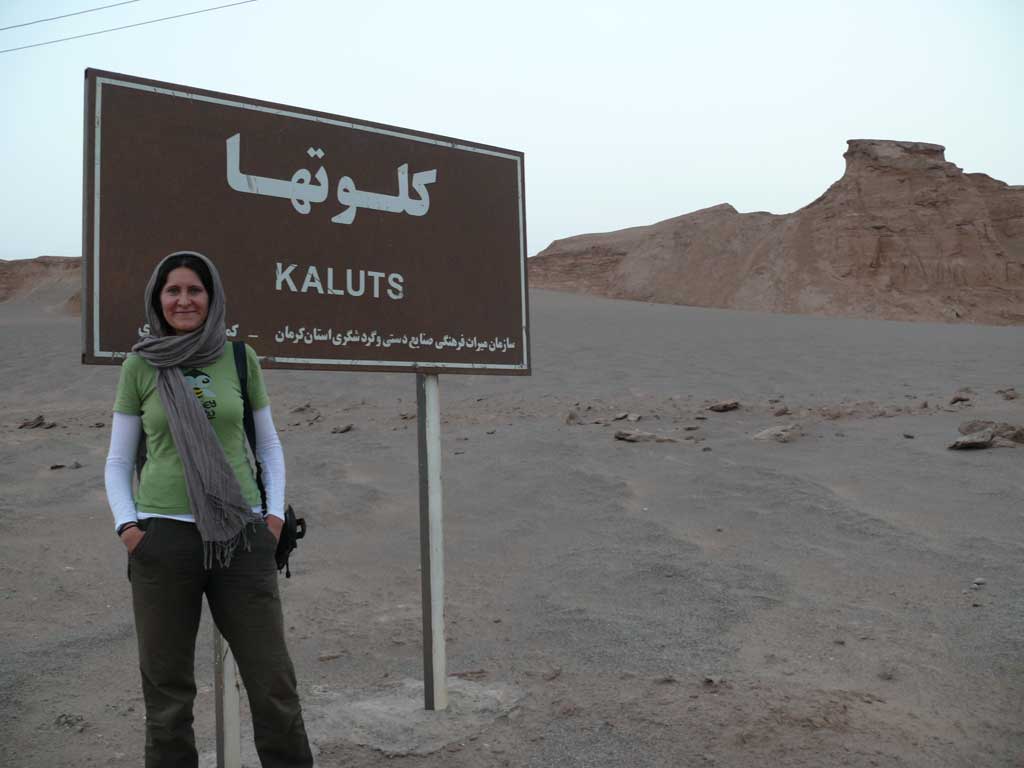 We arrived at our camping point before dusk and Mohammed and his daughter started to prepare the dinner while we used the occasion to take some pictures of the desert before sunset. The landscape (arid, extreme, powerful hot!) was amazing, the perfect masterwork patiently created by our mother nature over centuries and centuries. Amazed and with an incredible feeling of peace with myself and the world (that’s what deserts are for) I chose a little Kalut to wait for the sunset . . . 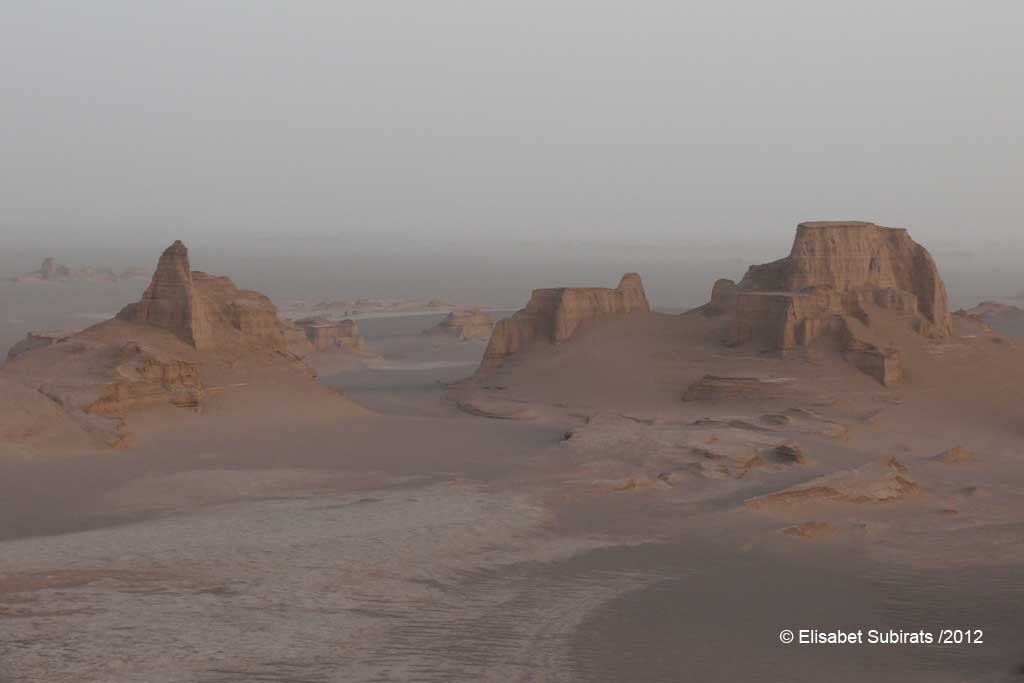 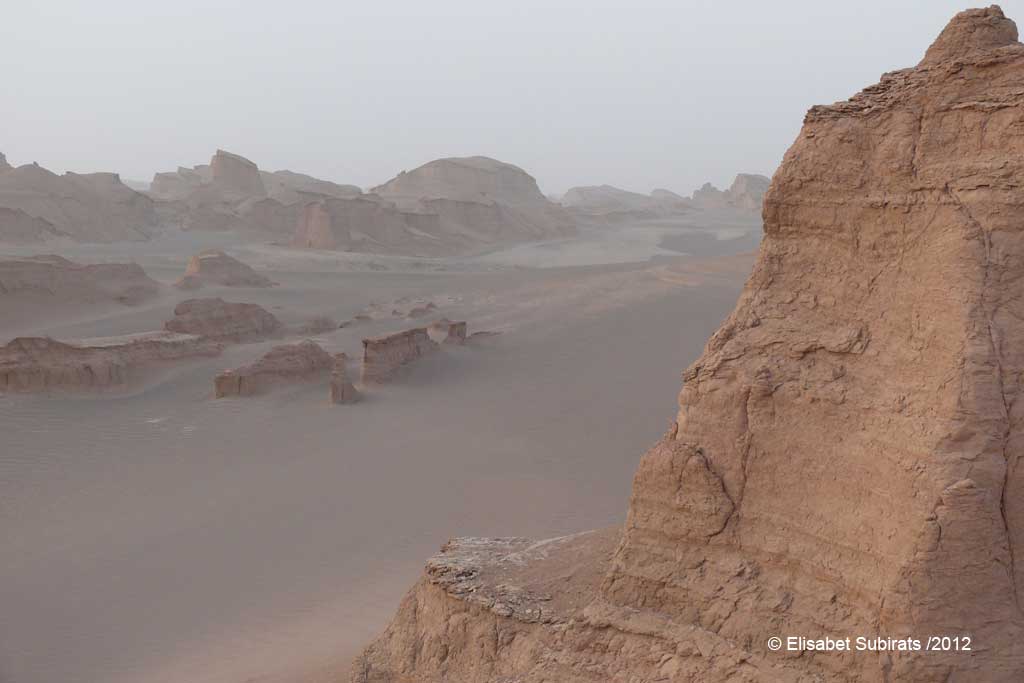 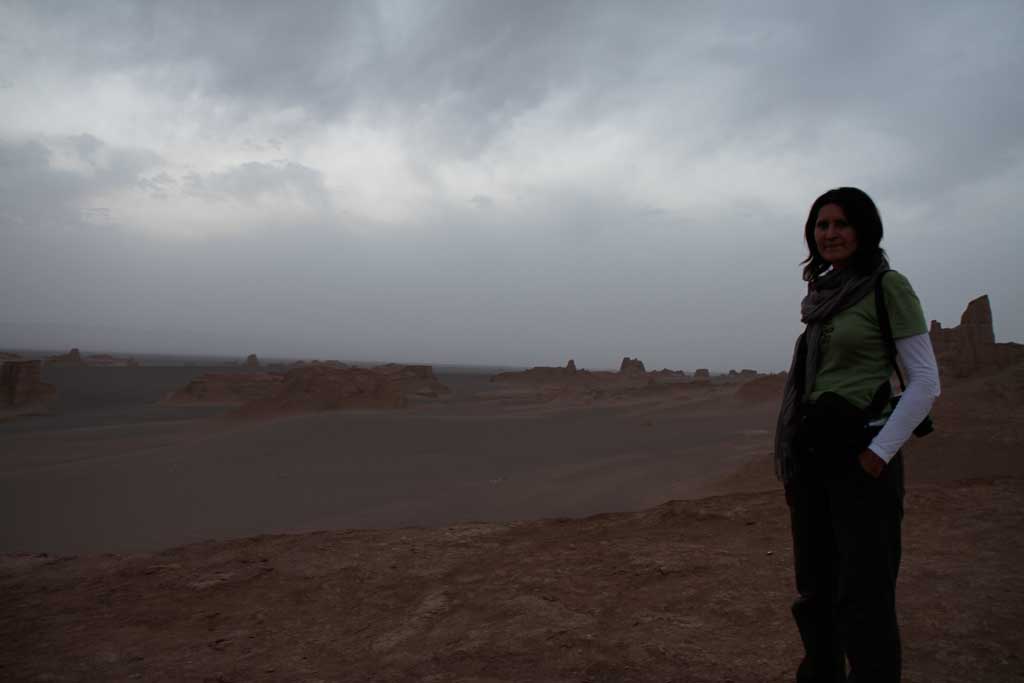 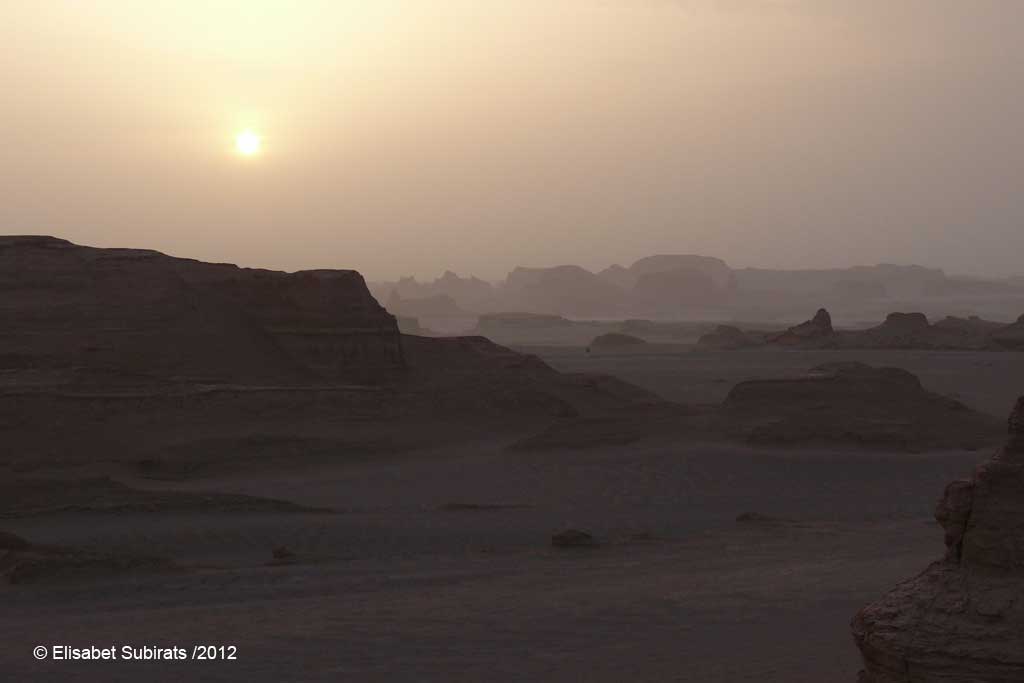 The next day we woke up with the first rays of the sun. Mohammed was in a hurry (I suppose that he did not want to be in the middle of the desert with 65 C) but we were allowed to take a last walk around while they packed. Breakfast was taken under the shade of an old abandoned caravanserai, already outside Dasht-e Lut. 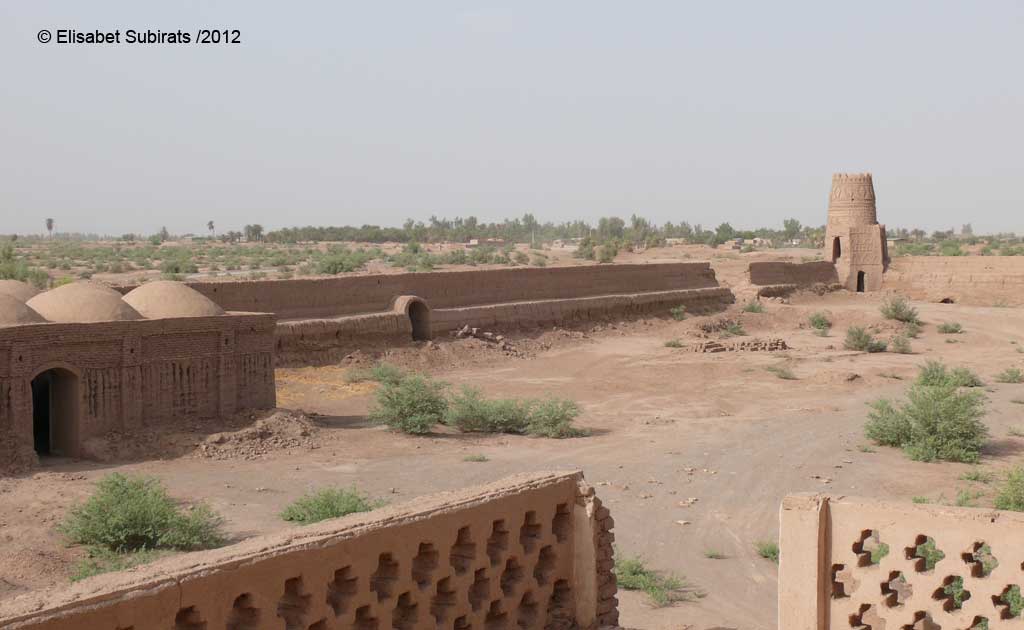 Permanent link to this article: http://holaworld.fr/moving-sands-castles-at-dasht-e-lut/