Mrauk U (and the Chin tourist trap)

Mrauk U (pronounced Miá U in Bamar and just Mrauk U in the local language) is the city capital of Rakhine State and a very important archaeological site in the country. Mrauk U, due to political reasons, has been off limits (considered not safe) for tourists for long time. Still today it is a difficult region to reach during rainy season and the gorvernment forbids the entrance to foreigners from time to time.

Mrauk U was the last great Rakhine (Arakan) capital from XVth to XVIIIth centuries, the centre of a kingdom which stretched from the shores of the Ganges river to the western reaches of the Ayeyarwaddy River. The ruins of the royal palace and main temples still show us today a glimpse of that time.

In Mandalay, getting the bust tickets to Mrauk U was a real adventure. Maria had found in a forum that it was possible and we even had the name of a bus company that did the bus trip. Still, it took us half day to find the tickets. We asked everywhere: some people told us that it was possible only by plane (Yangon – Sitwe), other people told us that it was closed to tourists and other people told us they just did not know. Even if they all were kind to us we could feel they were not comfortable with our questions. At the end we found somebody selling the tickets by chance and we could leave Mandalay the following day for a 18 hours (some people told us 22hrs, some other told us 24hrs) bus trip. The bus was a little bit exotic and the departure point even more exotic but I was relieved to see some women and kids on the bus and at the end the trip was not that bad, lol.

Mrauk U cannot be compared to Bagan. Old Bagan is a desert city, in 1990 the government decided to relocate the village out of the temples area and people only had 15 days to leave their houses. Mrauk U, instead, is full of life and kids playing around the temples is a common sight. Also the temples are built with different materials and have different styles. 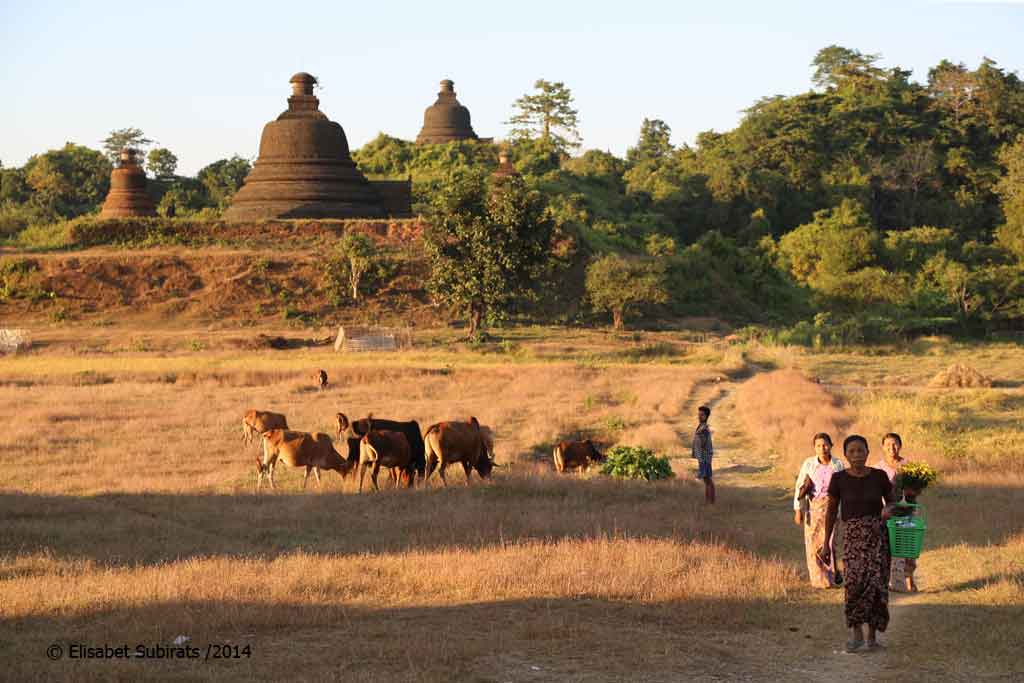 One day was enough for us to visit the main sights. The temples from outside, even if big, didn’t look very impressive but inside they are a wonder, some carvings still had the original pigmentation. There is still a “wild atmosphere” in the temples area, very different from touristy Bagan. 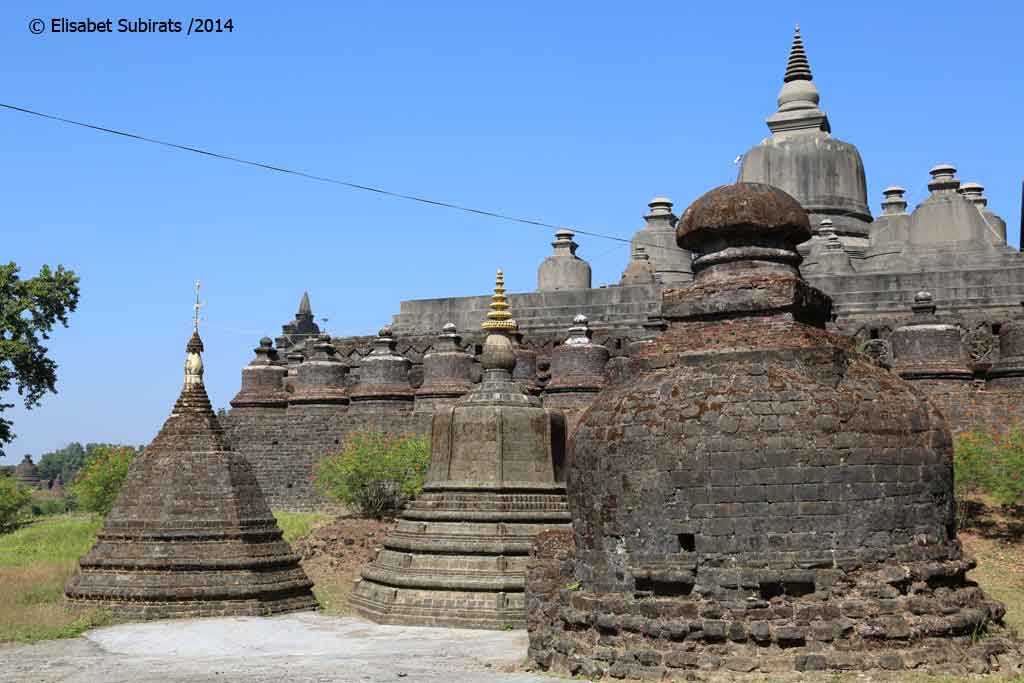 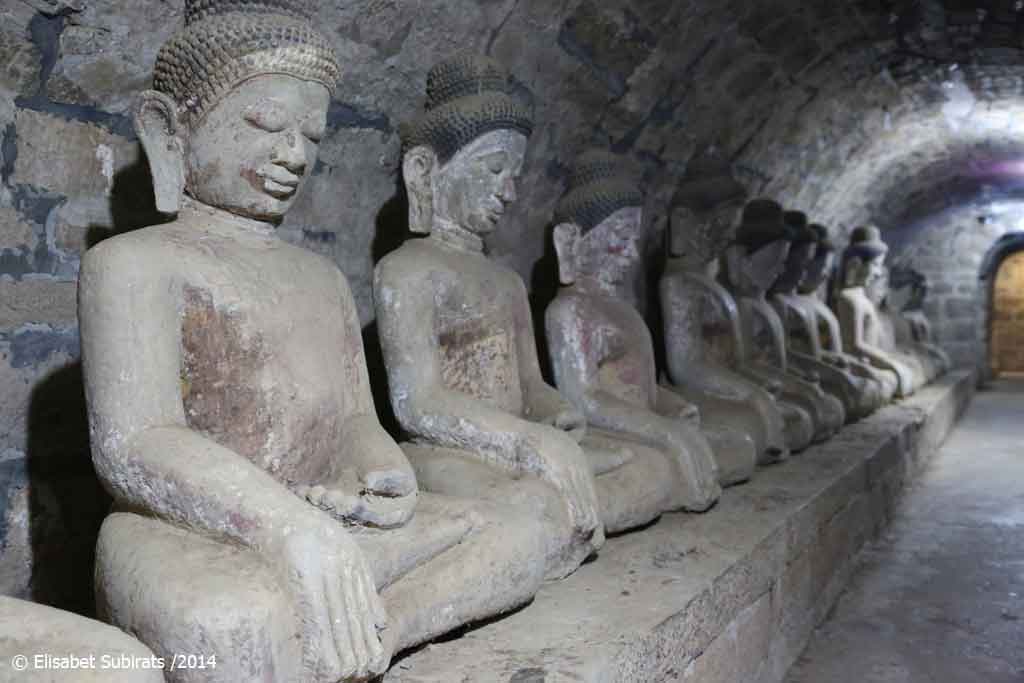 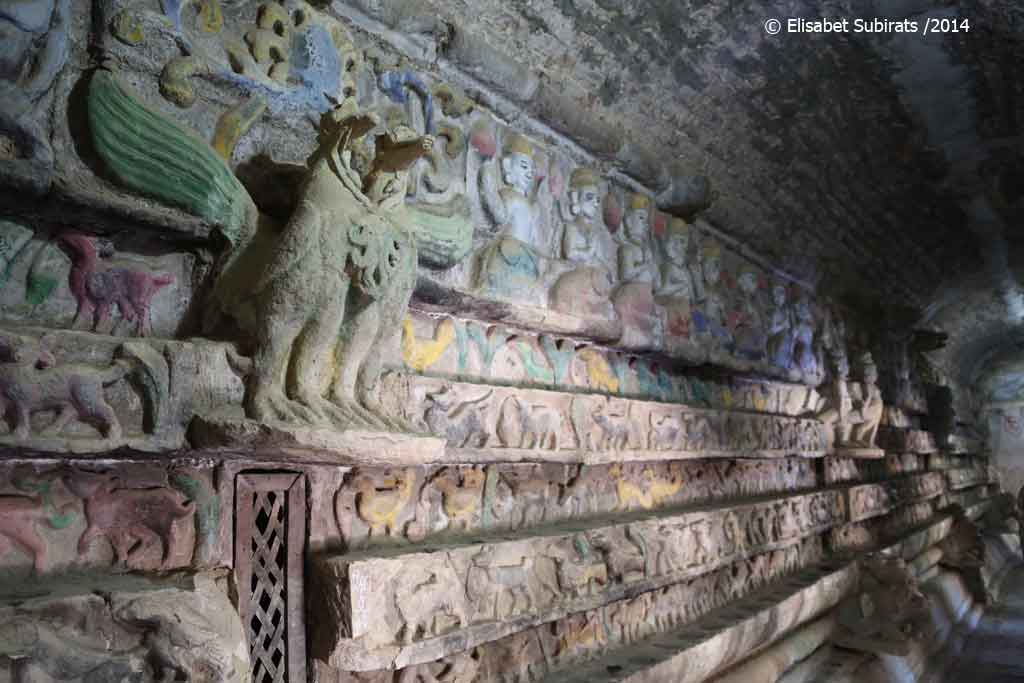 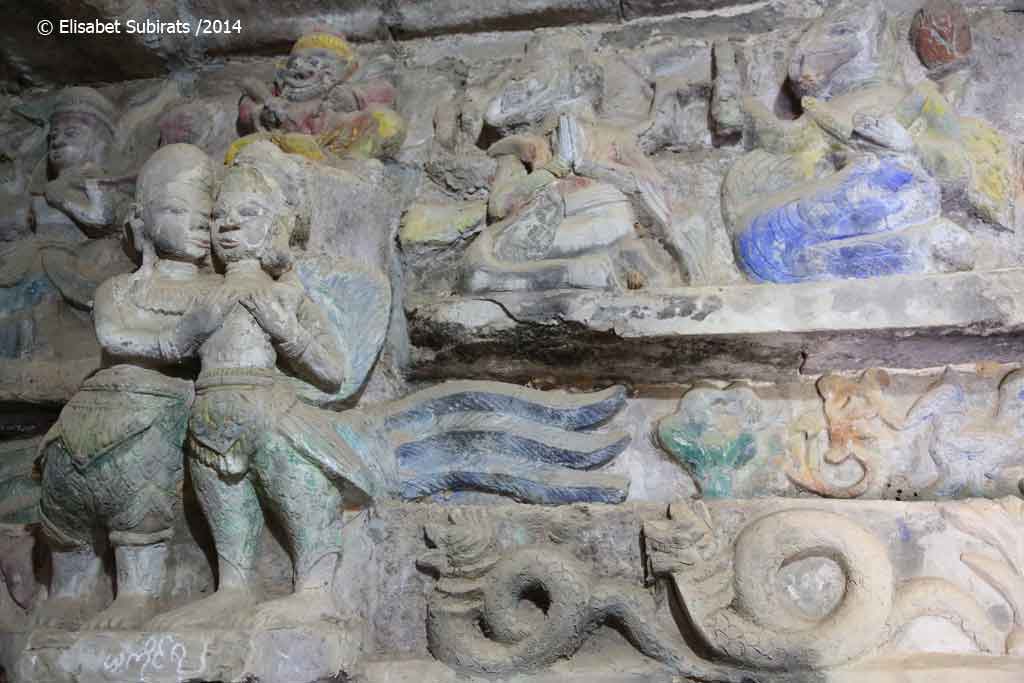 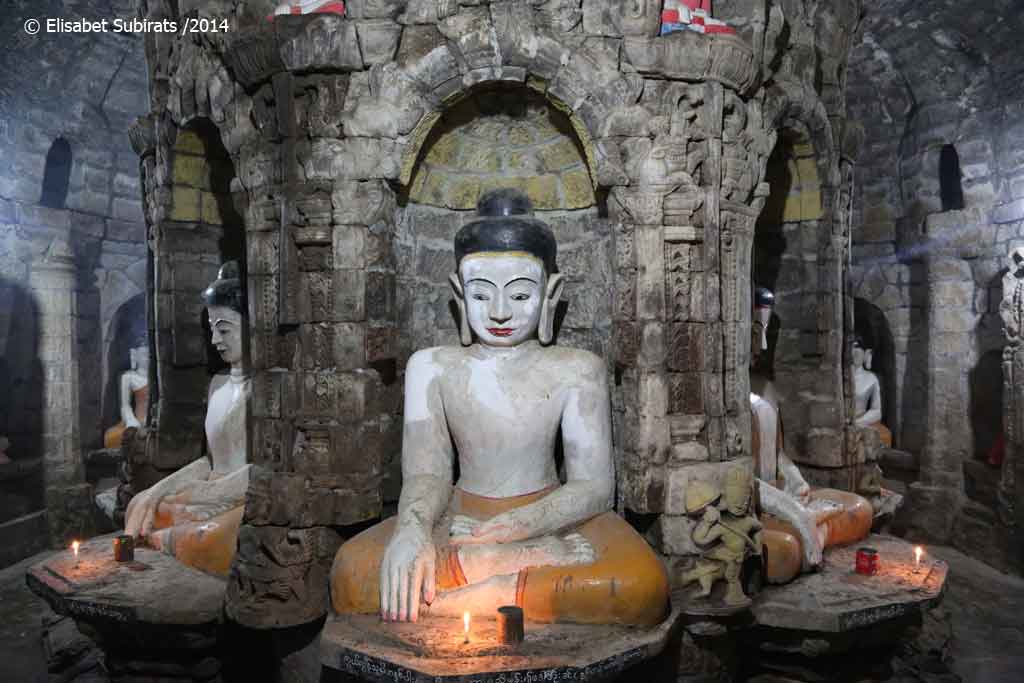 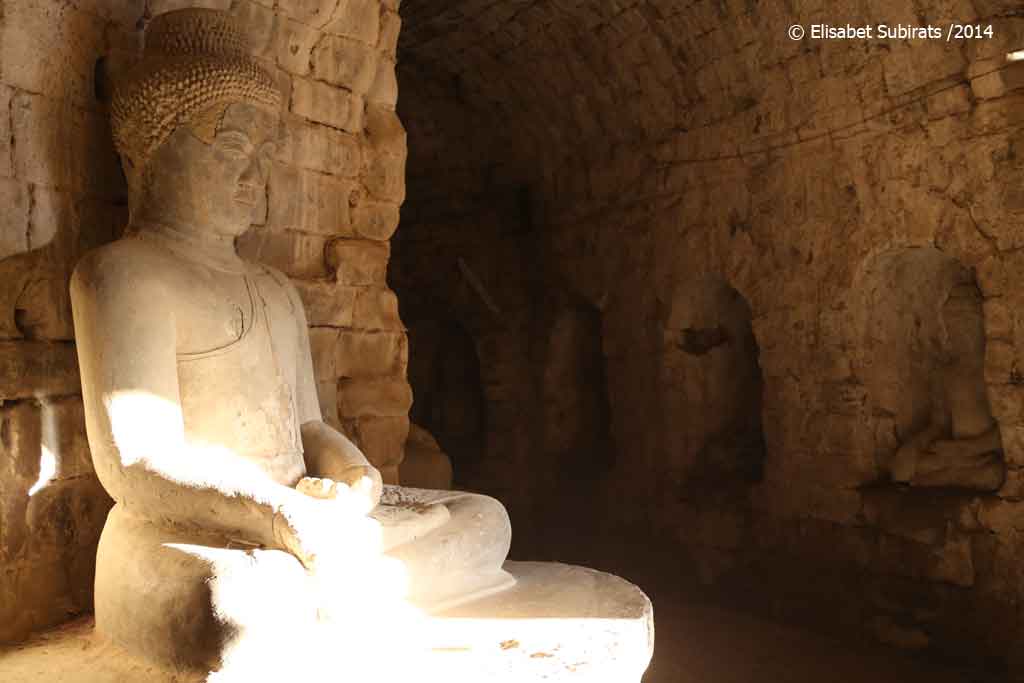 With Maria we also wanted to see some Chin Villages and its tattooed women. There are some 12 Chin tribes that once practiced facial tattooing on girls, spread between the north of Arakan State and southeastern Chin State, only accessible by boat. The tattooing survived long after the Burmese government officially forbade it in 1960 but today only few Chin old women still have their face tattooed. A legend talks about an Arkanese king who kidnapped all the village girls that he liked so Chin State tribes began tattooing the faces of their girls as a way of disfiguring their beauty.

We booked a two days tour with a guide, we wanted to stay overnight with a local family. But it happened that our guide was very bad: he wanted to show us the same things that he usually showed in a day tour, he did not answer to our questions (I mean what he answered had nothing to see with what we asked) and he showed us the tattooed women like if they were part of a zoo (here she is, tattooed woman n. 1 you can take pictures of her now). Maria and I were so annoyed that we were not enjoying the tour so we invented an excuse to go back to Mrauk U on the first day and pay half of the price. A pity because the boat trip to reach the villages was really beautiful. 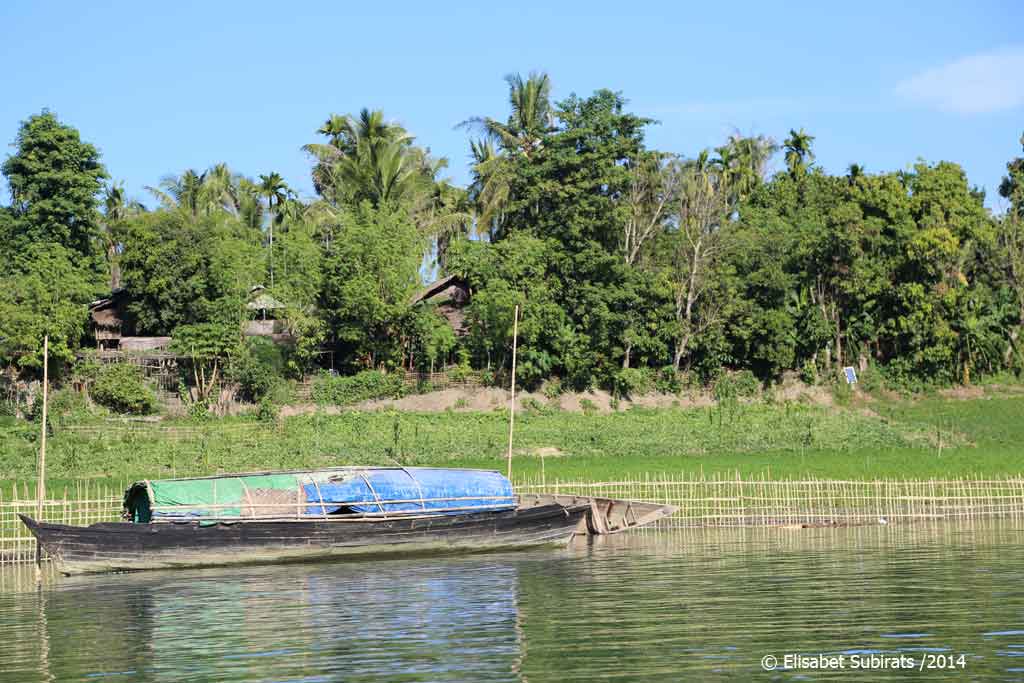 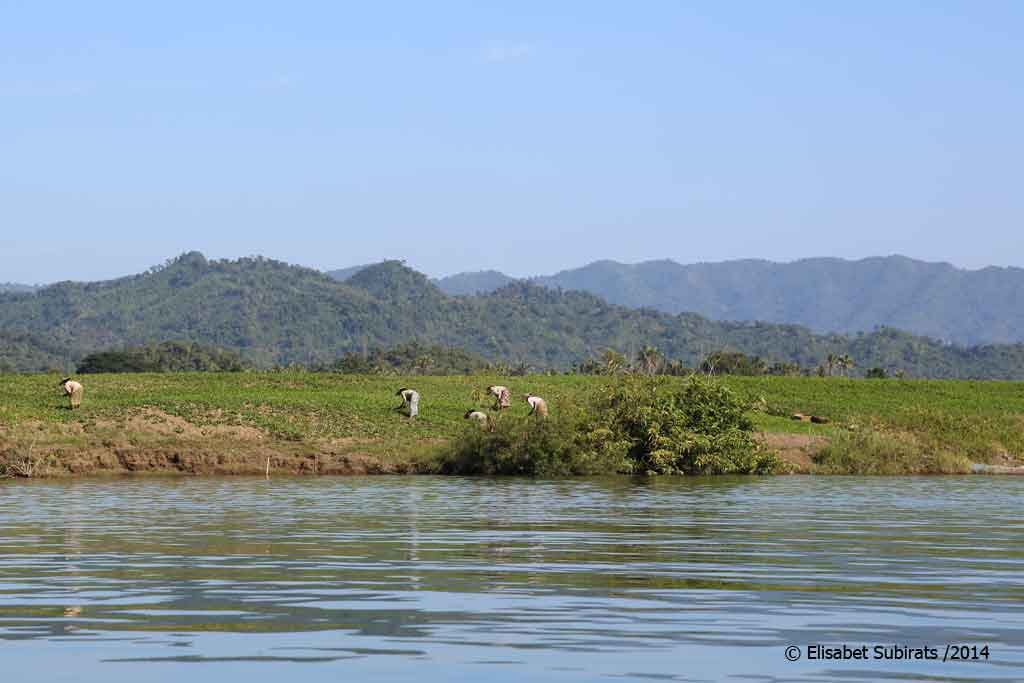 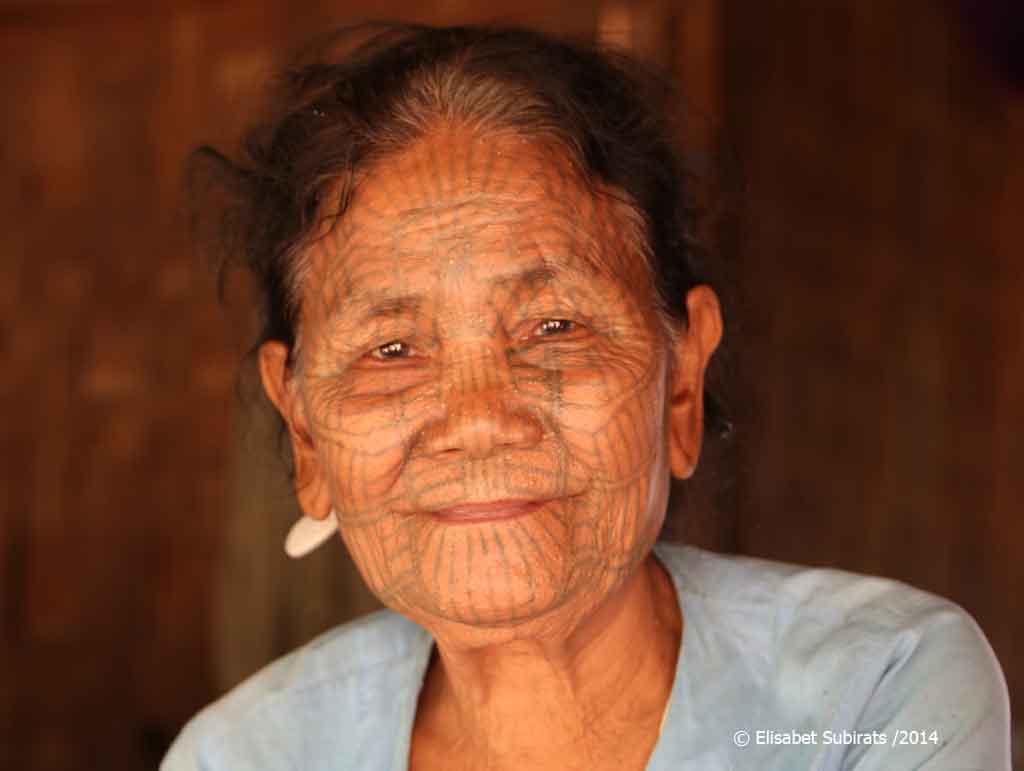 Because we only did half of the tour, we had plenty of time to enjoy local life in Mrauk U, a small town with a main street, a nice market and few eateries and shops. All day electricity cannot be guaranteed and we had to renounce to common things like internet or a hot shower. Having seen the meat and fish in the market I also renounced to them, becoming a strict vegan during all my stay in Mrauk U, lol. At the beginning, people of Mrauk U were a little bit shy with us, maybe because they are still not used to tourists. But after seeing us hanging around for two days in the main street or in the market they started to interact with us and I found them really friendly. I loved to work on the computer on the terrace of the guest house, it was a great place for people watching. Maria got along with the village’s painter, an old man who had travelled a little bit in Europe and who told her many interesting things about the Rakhine State. 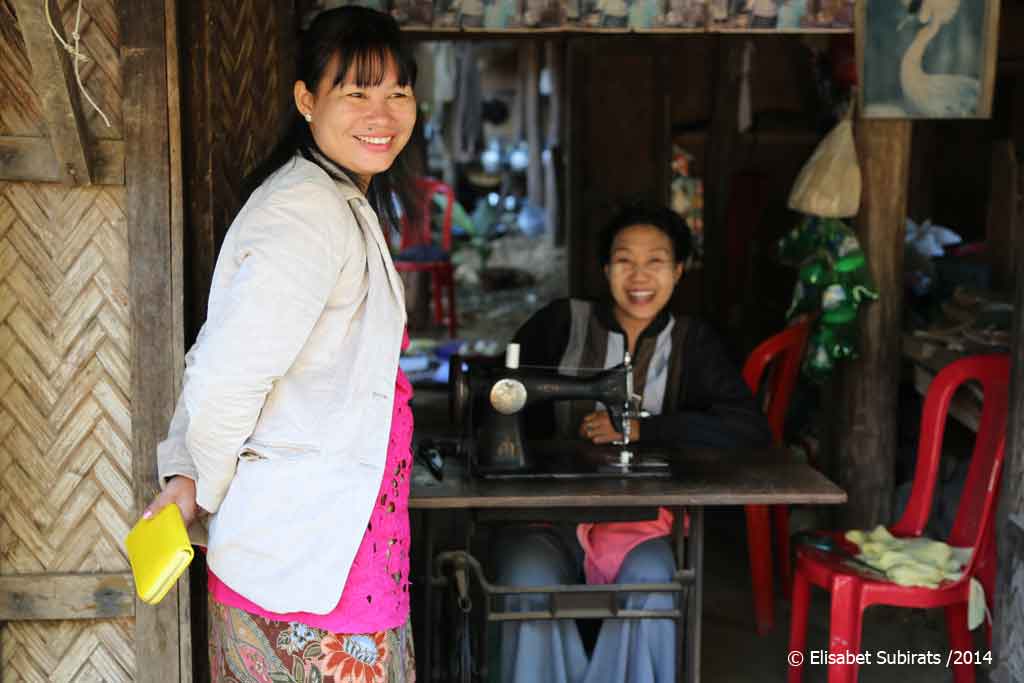 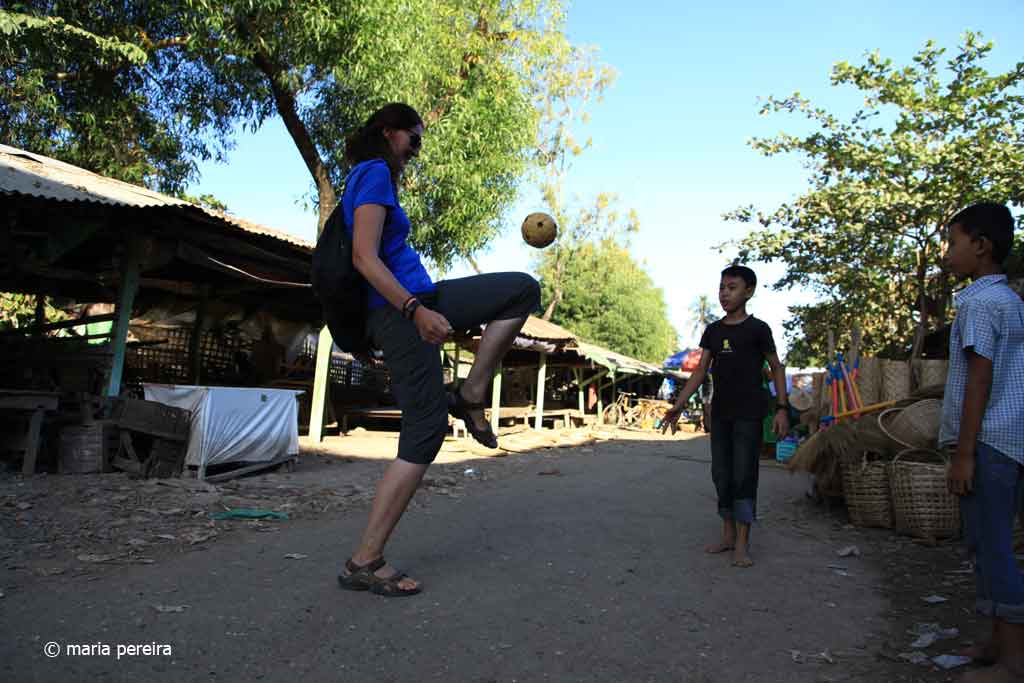 Dinner time was our favourite moment. Even if we tried different options, our favourite restaurant was Happy Garden. The food was good but what made it special was its two cheeky waiters, every time that they saw us their faces lit up and Maria loved to play with them. 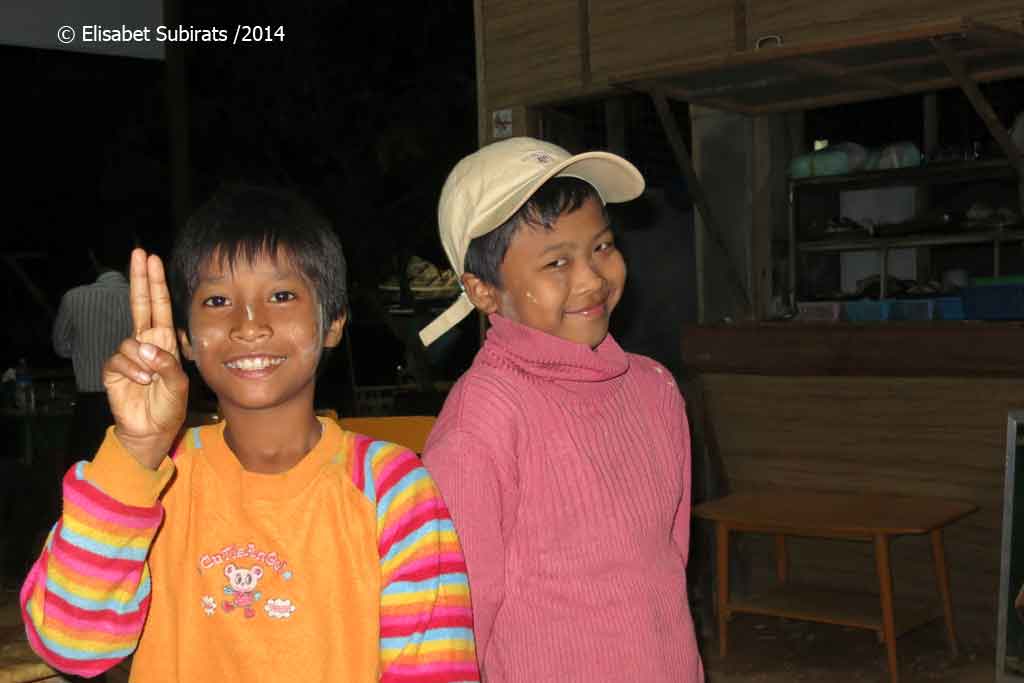 At the end it was hard to leave Mrauk U. We did nothing special there but we had a great time. This is the most genuine place that I have visited in Myanmar and people were reeeally kind to us. At 6am, when we were leaving to the jetty to take the speedboat to Sitwe, the painter showed up by surprise and he insisted on accompanying us and invited us to breakfast. We both were very sad when we had to leave Mrauk U.

In Sitwe, we took the fly back to Yangon, the last stop of my Myanmar tour. I will spend one day and a half in Yangon, getting ready to go down under . .

Permanent link to this article: http://holaworld.fr/mrauk-u-and-the-chin-tourist-trap/