My WE trip to Oslo was a spontaneous trip, without much preparation. Before leaving Paris I did not know much about Oslo but reading the guidebook I found out that it was a city with an interesting combination of sightseeing plus some original museums (at least for people coming from the south) not to miss. Oslo beauties not only convinced S. to join me few days ago, he decided to take a full week of and go to Bergen as well!

On Saturday, our first stop was the Holmenkollen, the ski jumping hill, and the Ski Museum. This place has hosted ski competitions since 1892 and in the museum you can see the evolution of the ski jump structure until 2010. Well, there is much more to see and learn about skiing! 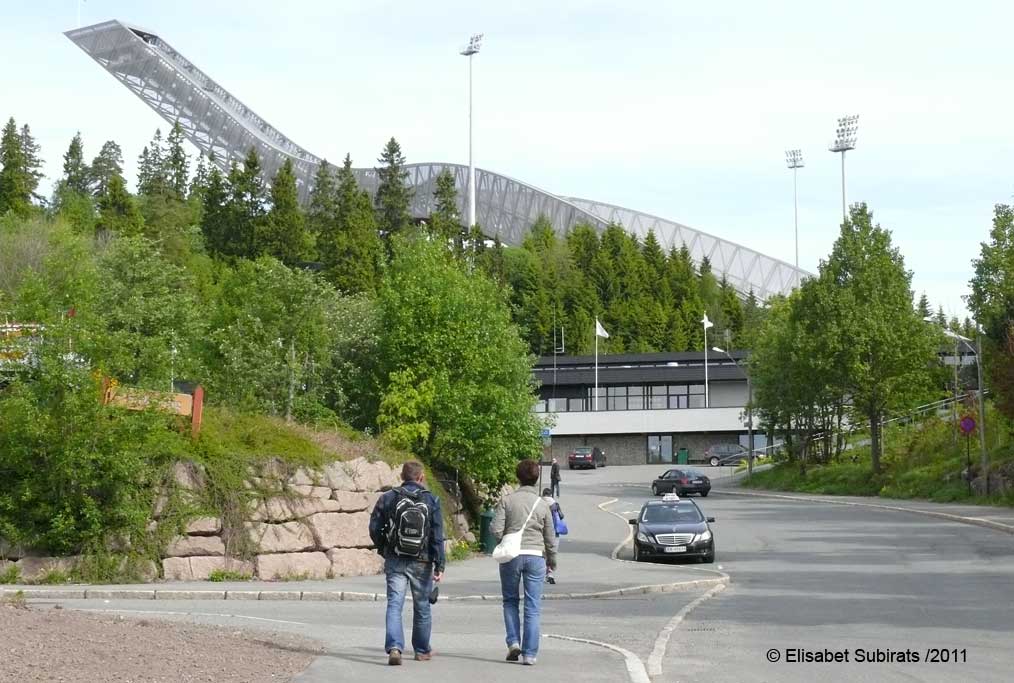 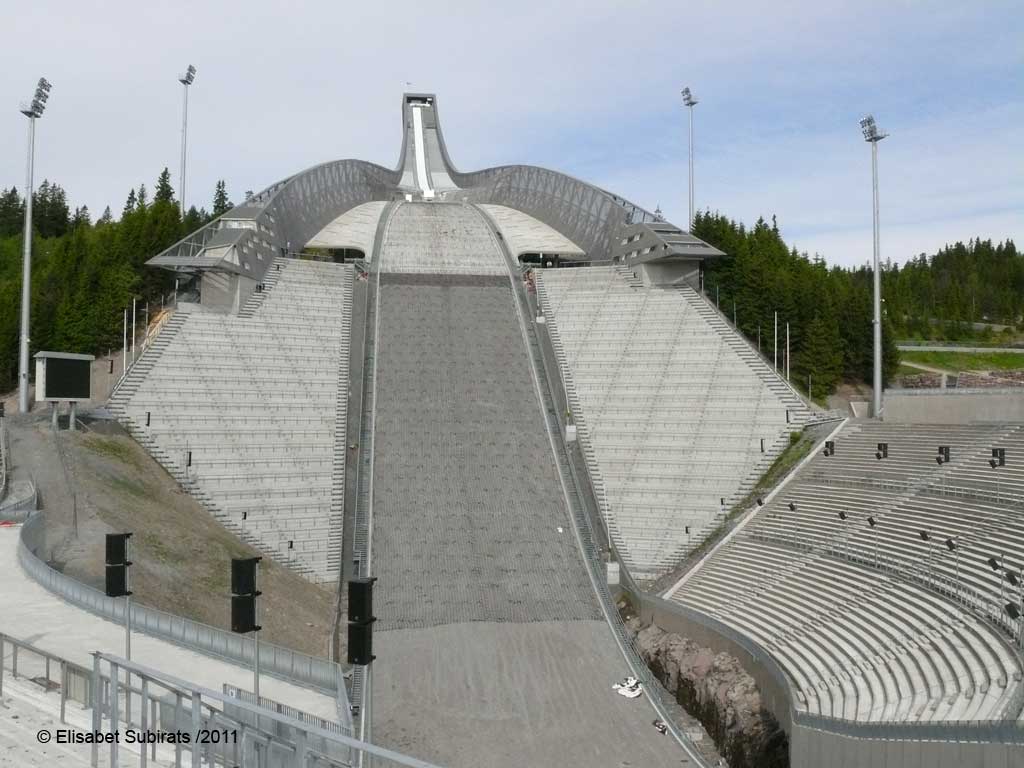 Since I read his monograph, I became a fan of Edward Munch’s work so visiting his museum in Oslo was compulsory for me. I was happy that S. agreed so after lunch we headed directly to Munch Museet which hosts a collection of approximately 1.100 paintings, 4.500 drawings, and 18.000 prints, the broadest collection of his works in the world. 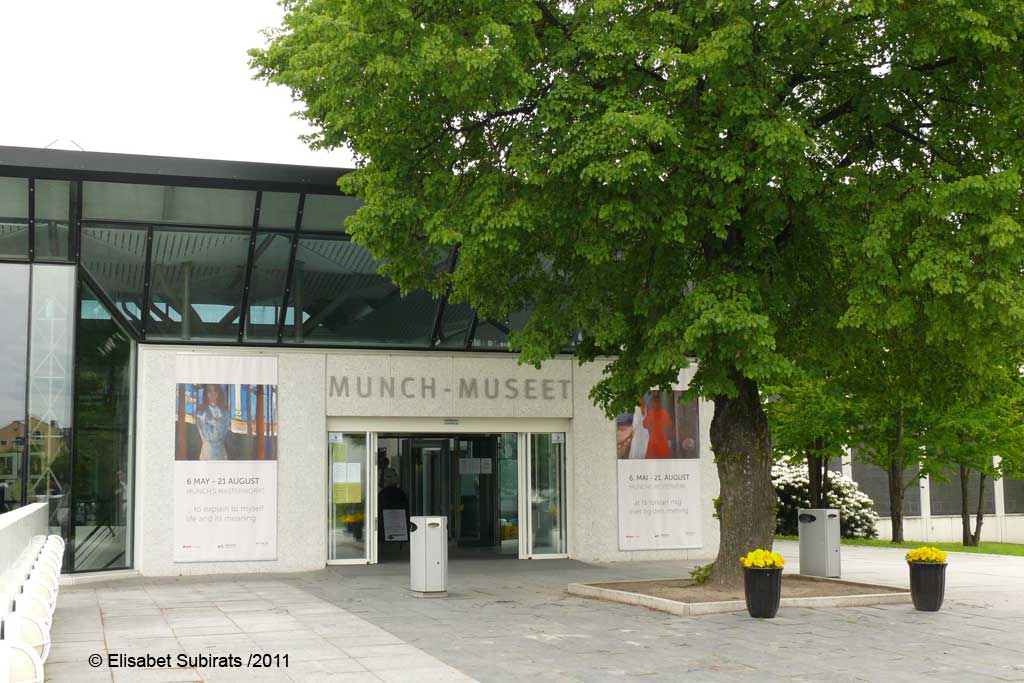 The Scream is Munch’s most famous work and one of the most recognizable paintings in all art. It has been widely interpreted as representing the universal anxiety of modern man. Actually I think that there is a compound of anxiety (sometimes inquietude) in most of his works.  Well, let’s say that it’s not the happiest museum in the world but I liked his works a lot. 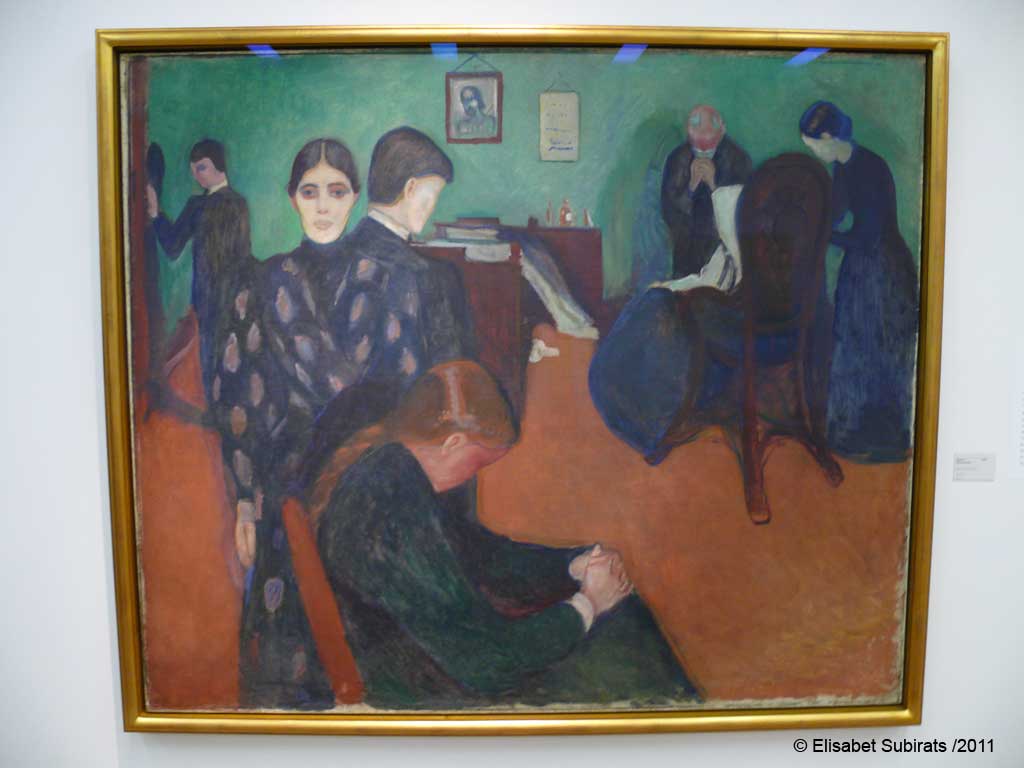 After a short break, we definitely needed something more joyful so we headed to Kon-tiki Museum. This is a museum dedicated to Thor Heyerdahl’s expedition in 1947 across the Pacific Ocean from South America to the Polynesian islands. Thor Heyerdahl tried to demonstrate that people from South America could have settled Polynesia in pre-Columbian times. That’s he and five friends constructed a boat, the Kon-tiki, only with materials and techniques used in pre-columbian times. If you love travel, this museum will make you dream! 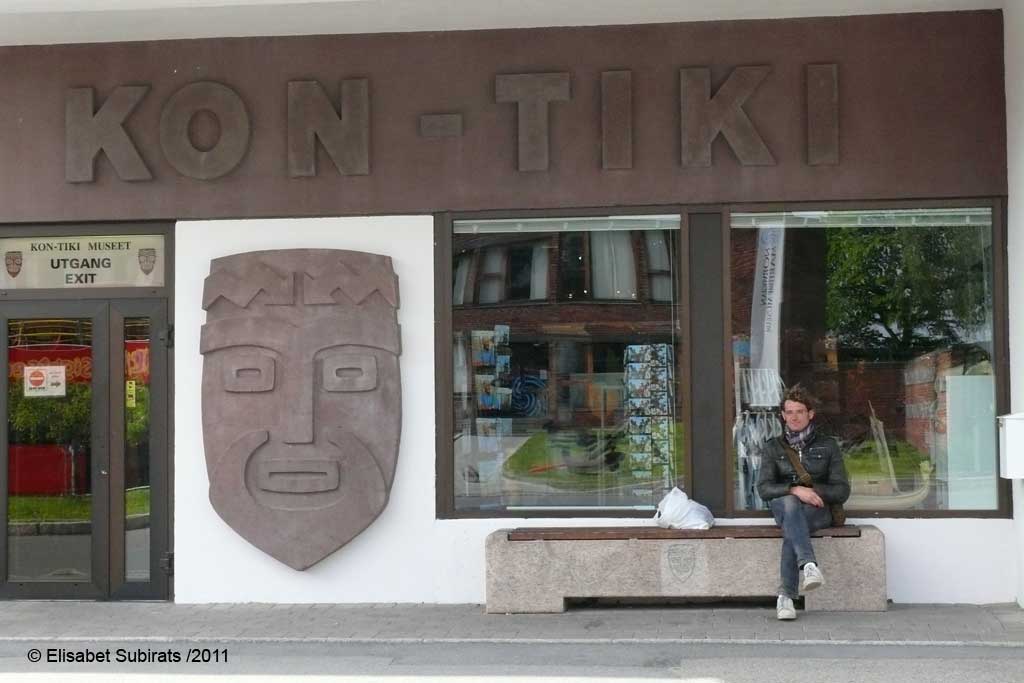 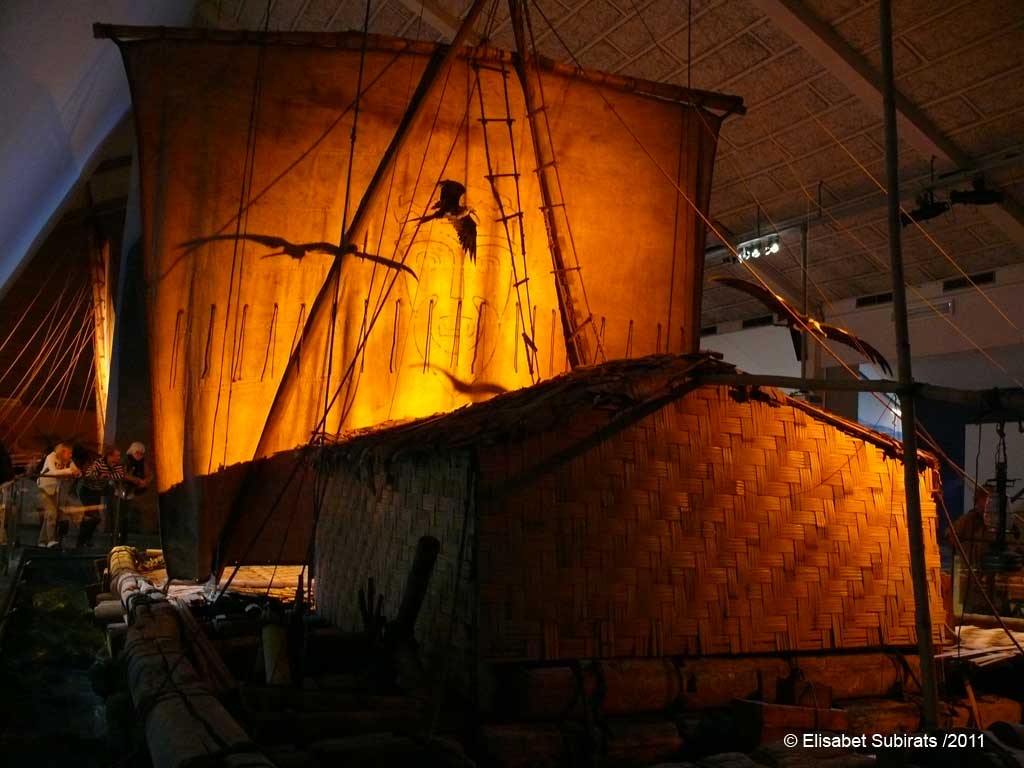 The last museum of the day was the Vikings’ Museum. This museum displays three viking ships all found in burial mounds in Oslo Fjord area. They were built during the IX th century AD and were used later as burial ships for wealthy men and woman. These ships are really beautiful and all the artifacts buried with them allowed scholars to understand better how was viking’s daily life, beliefs and traditions. 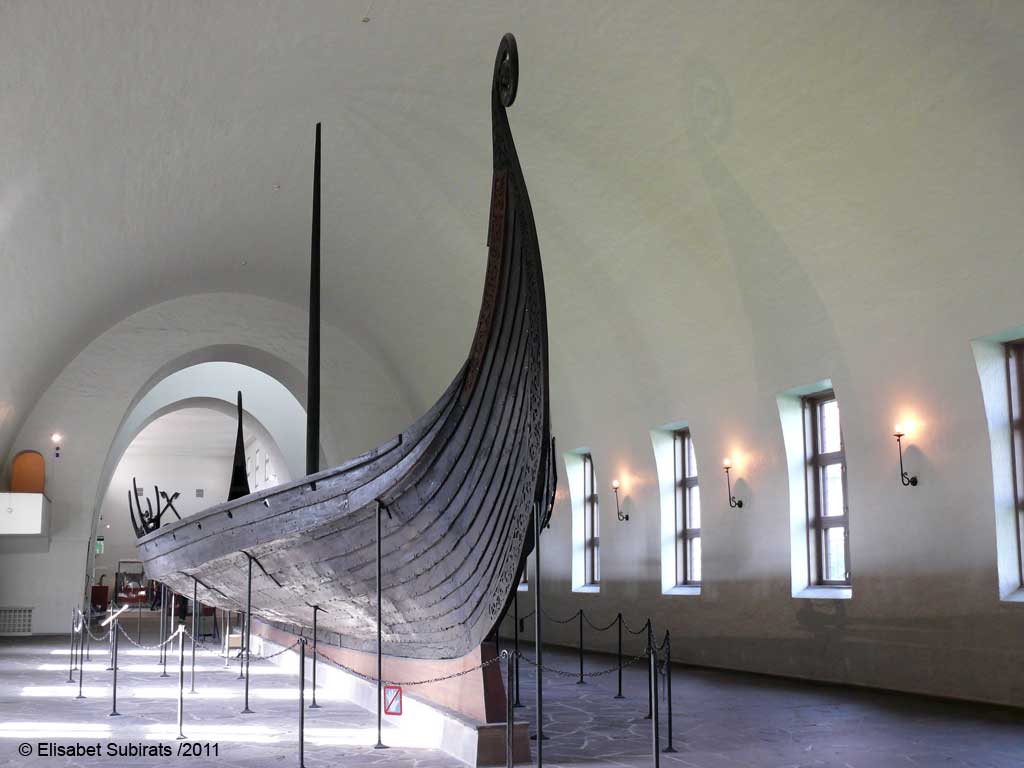 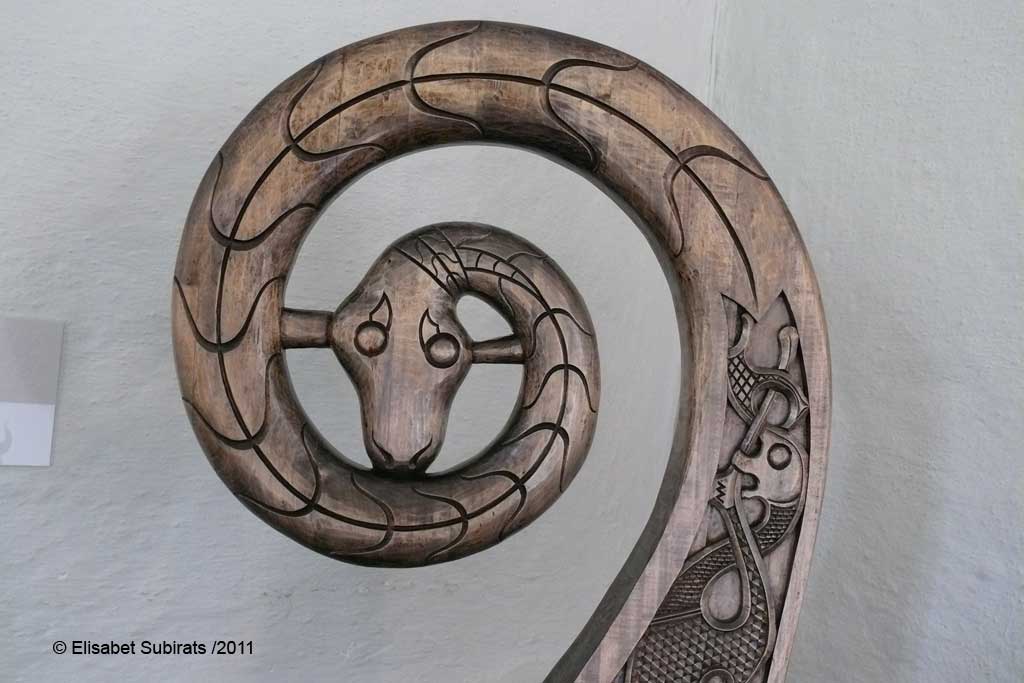 One good thing about Oslo in spring and summertime is that after visiting all these museums there was still daylight, so we could wander around the harbor for a while before dinner time.

Permanent link to this article: http://holaworld.fr/museum-hopping-in-oslo/