Mrauk U (and the Chin tourist trap)

I spent the second day in Mandalay by myself. Maria and Nicolas wanted to take a bike, Eve wanted to sleep and I just wanted to review my favourite spots around so I hired a motorbike with driver (Ku Ku was his name) for the full day. My first stop was Maha Ganayon Kyaung Monastery to see the monk’s feeding. These monks form a queue every day at 10.30 am to take their first meal of the day (rice and a little bit of beef served in their alms bowl), offering tourists many photo opportunities. This is something that I saw already in 2011 and I should not have come again because now it looks like a tourist show, not a monastery.

The monastery has grown a lot (around 1.300 monks), the lovely volunteer women who distributed the food at the entrance have disappeared and unfortunately Chinese tourists have found their way to it. Not only they are noisy and disrespectful with people who arrived there before to take a good spot for pictures, they come with chocolates, candies, pens and notebooks that they introduce inside the monks’ bowls when they pass by. WTF, these monks are supposed to eat only rice!! 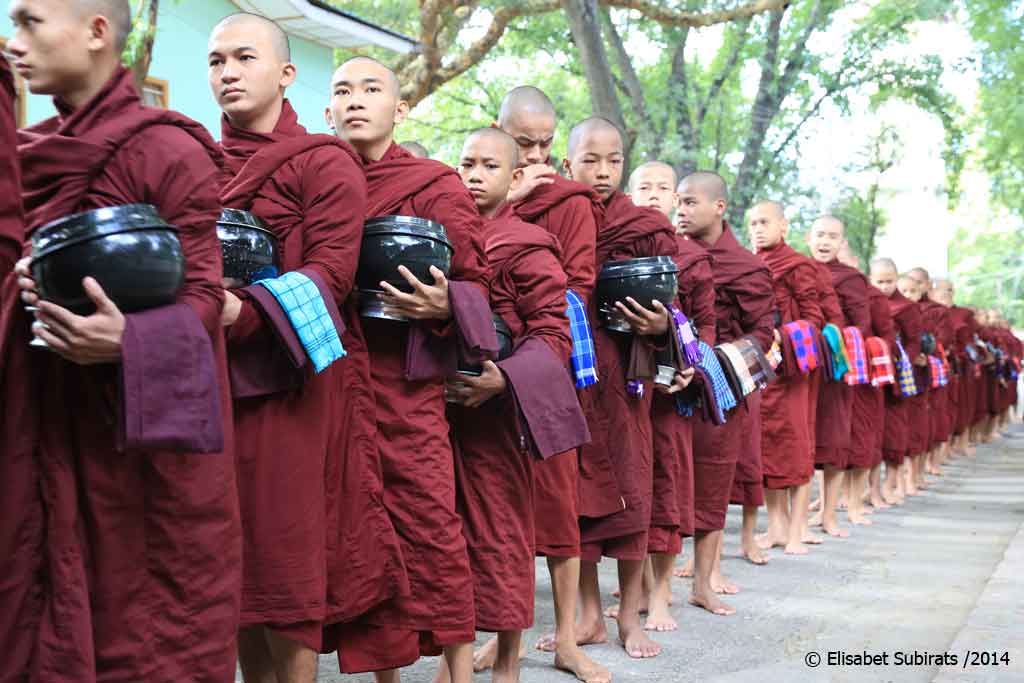 So yes, I took some pictures but everything looked very fake to me. Also some monks looked annoyed and tried to avoid the tourists, showing up at the very last moment.

My next stop was Pon Nya Shin Paya, in Sagaing, from where there are beautiful views over Sagaing Hills and its thousand golden pagodas. 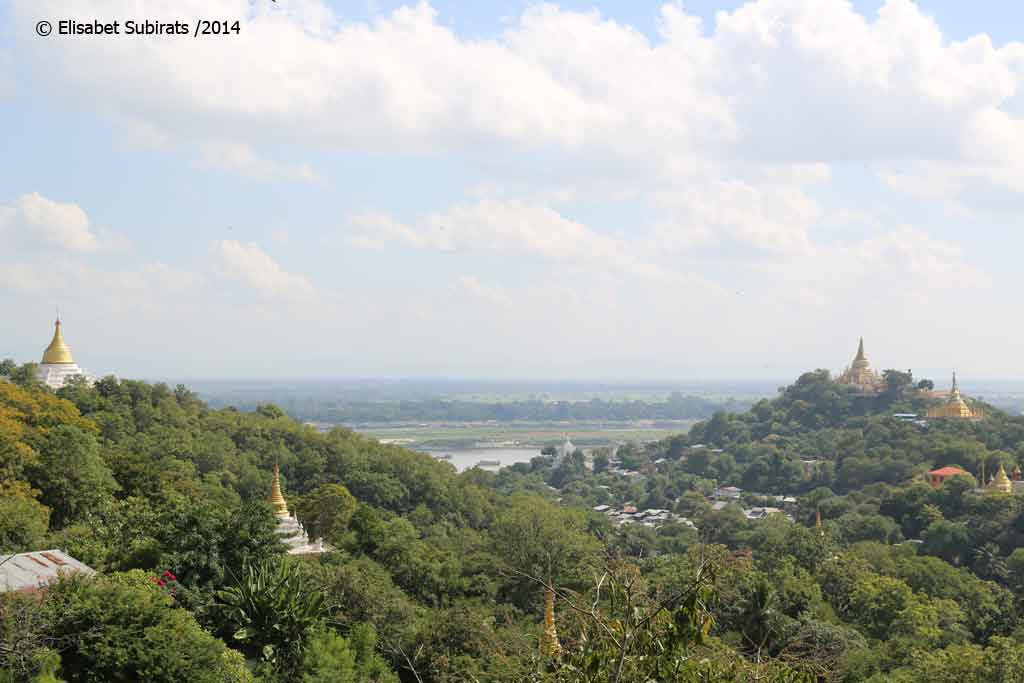 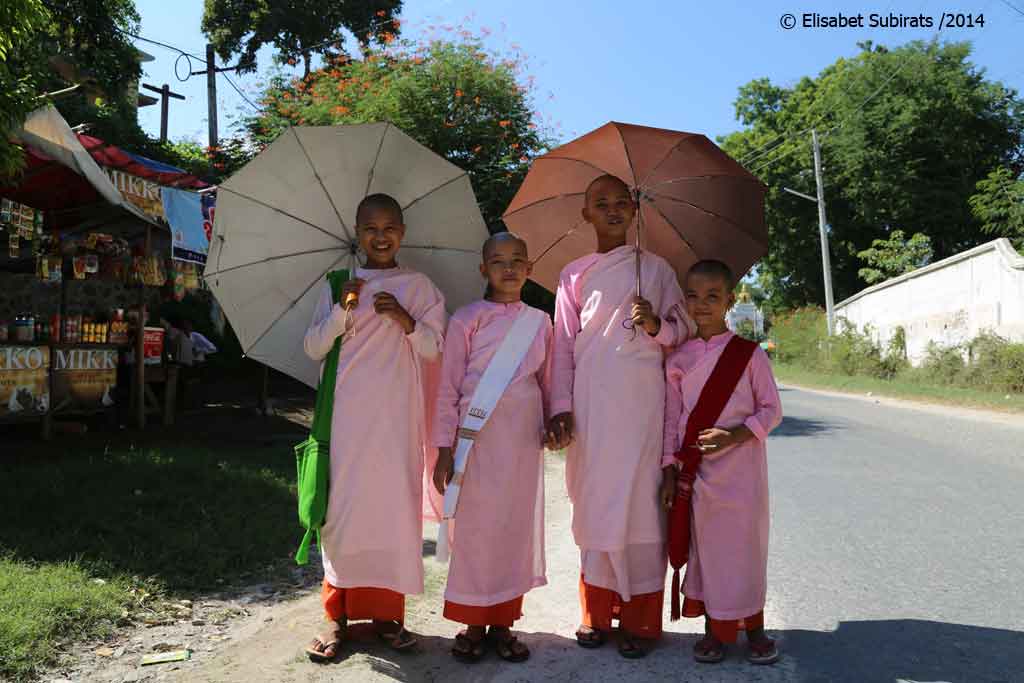 For lunch, I asked Ku Ku to take me to a place not expensive with local food. He followed my wishes li-te-ra-lly because I found myself eating next to a food stall on the roadside, lol. However the food was delicious, maybe my best meal in Myanmar, and I was so happy that I invited Ku Ku to a coffee mix, lol. 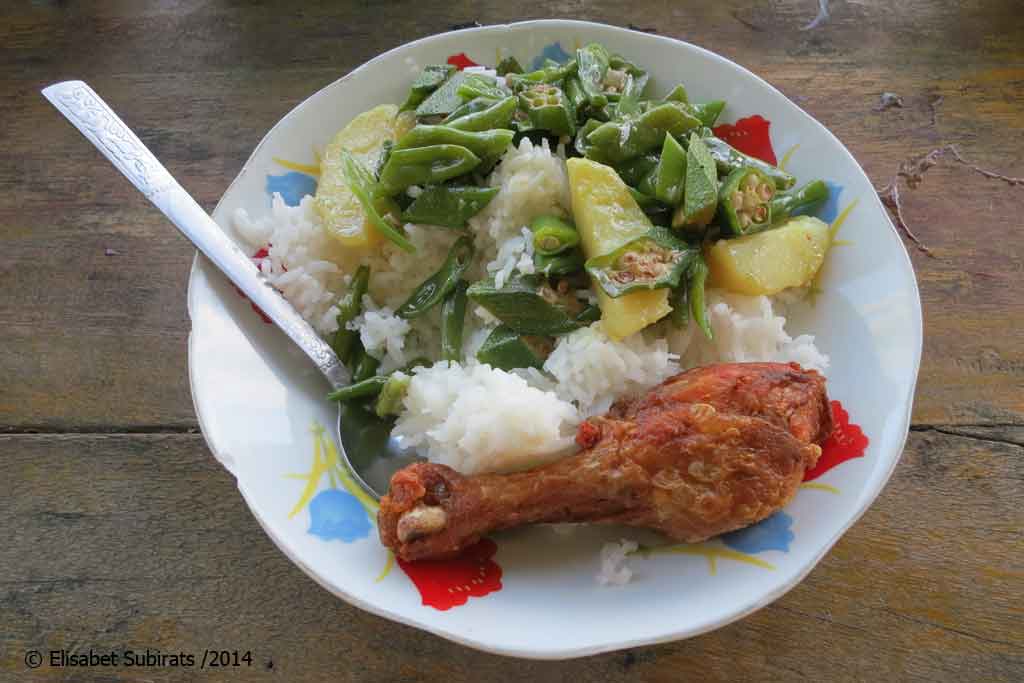 My last stop was supposed to be U Bein Bridge for sunset. As we had plenty of time before sunset, Ku Ku decided to take me to a monastery of his choice, not far from the bridge. From outside the monastery does not look very interesting and it is not on the Lonely Planet either but the inside is a wonder!! I was already thinking that I had seen everything in Mandalay when hop, super new monastery, lol 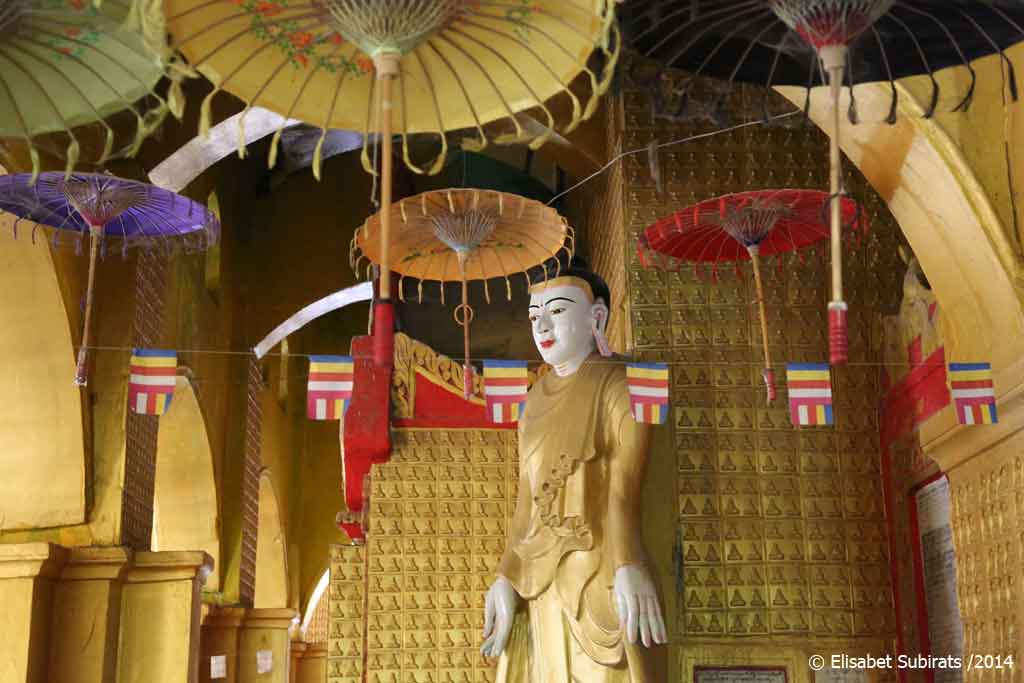 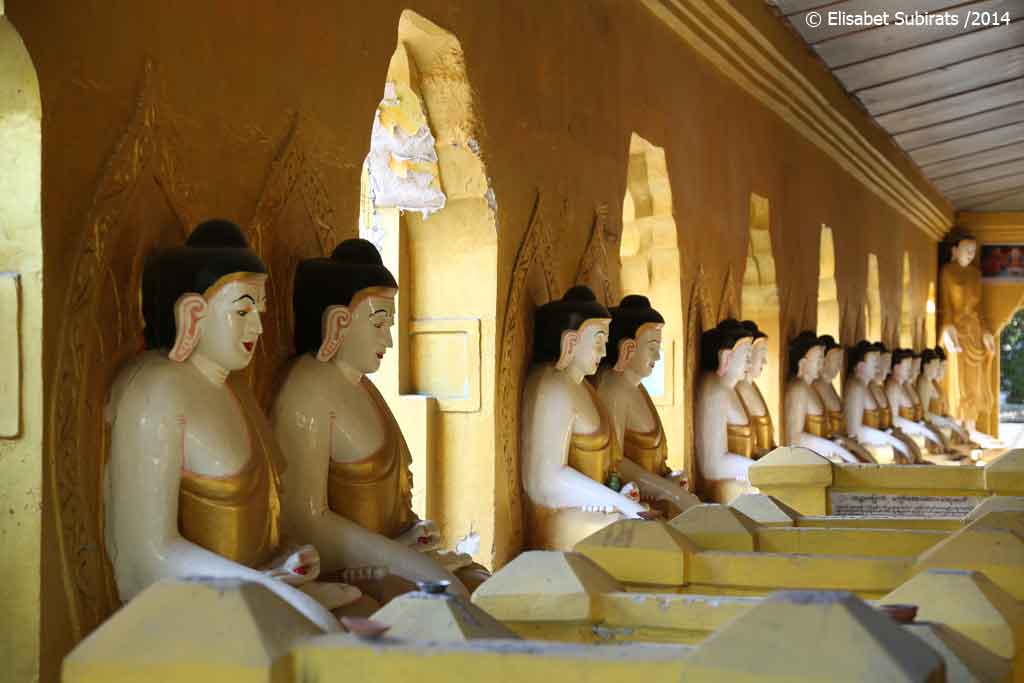 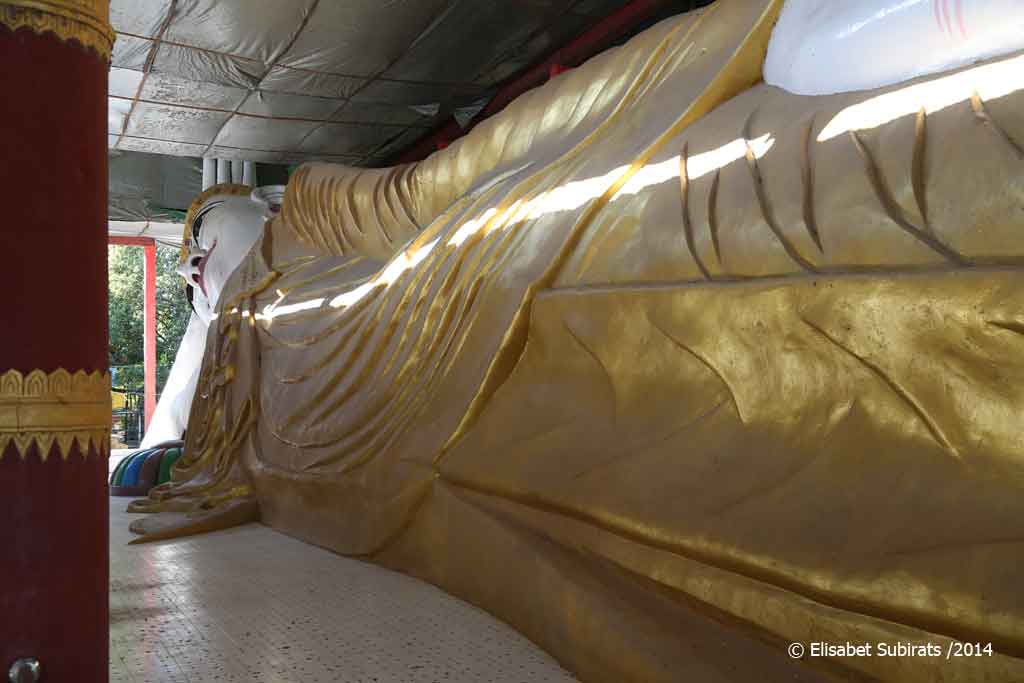 The tour ended at U Bein Bridge. There were so many tourists waiting for sunset that it was very difficult to catch a glimpse of local life until I decided to stop at a nice spot, fix my camera there always with the same framing and I waited until interesting things passed by my framing. It was fun 🙂 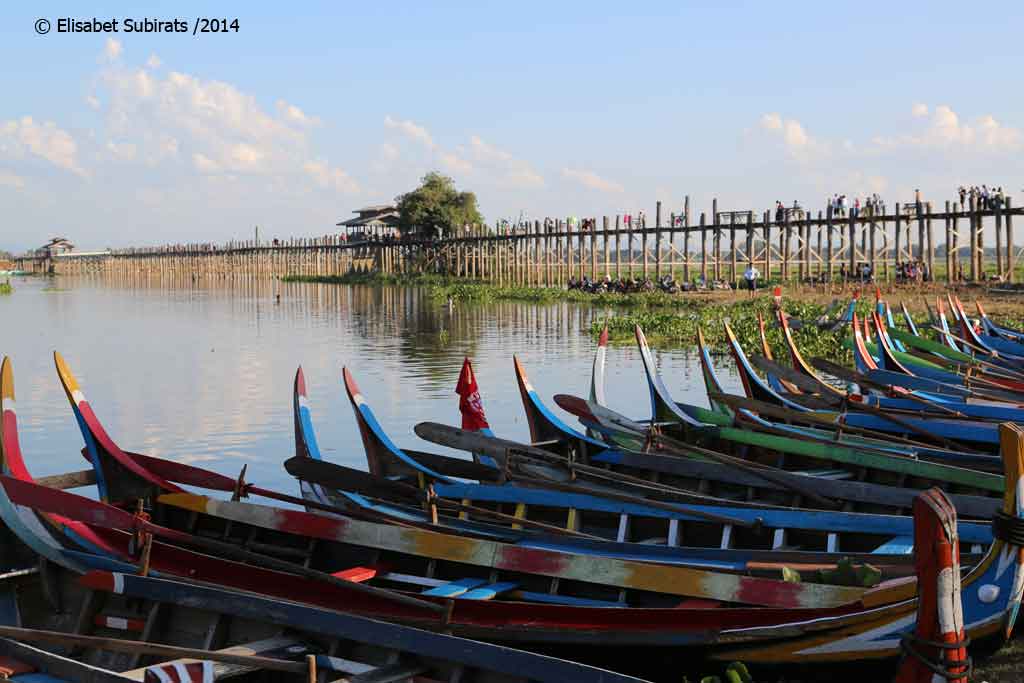 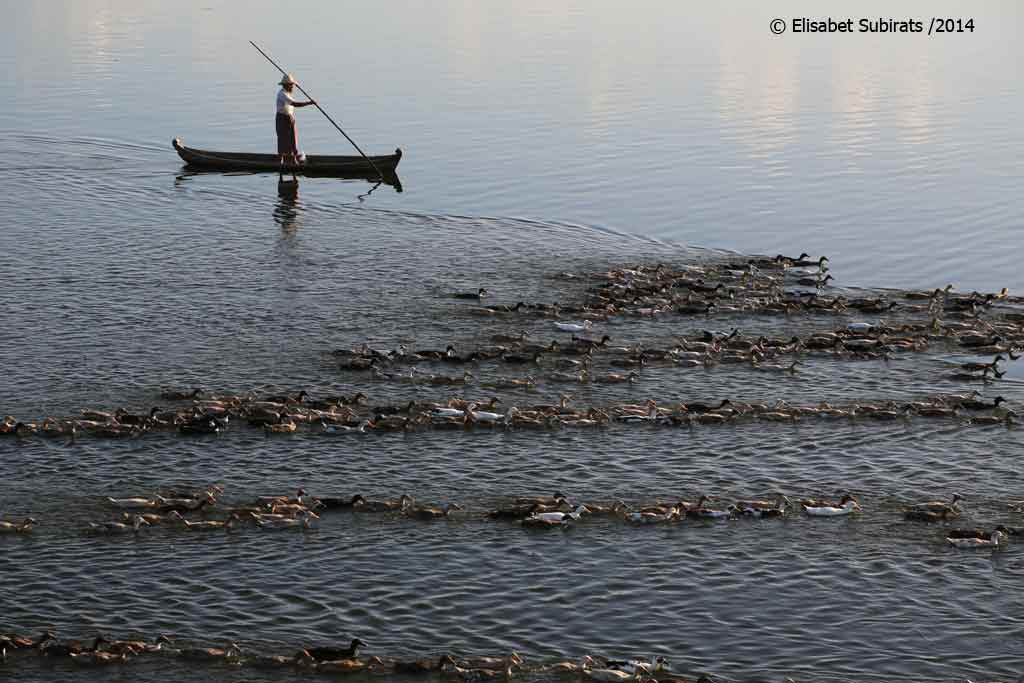 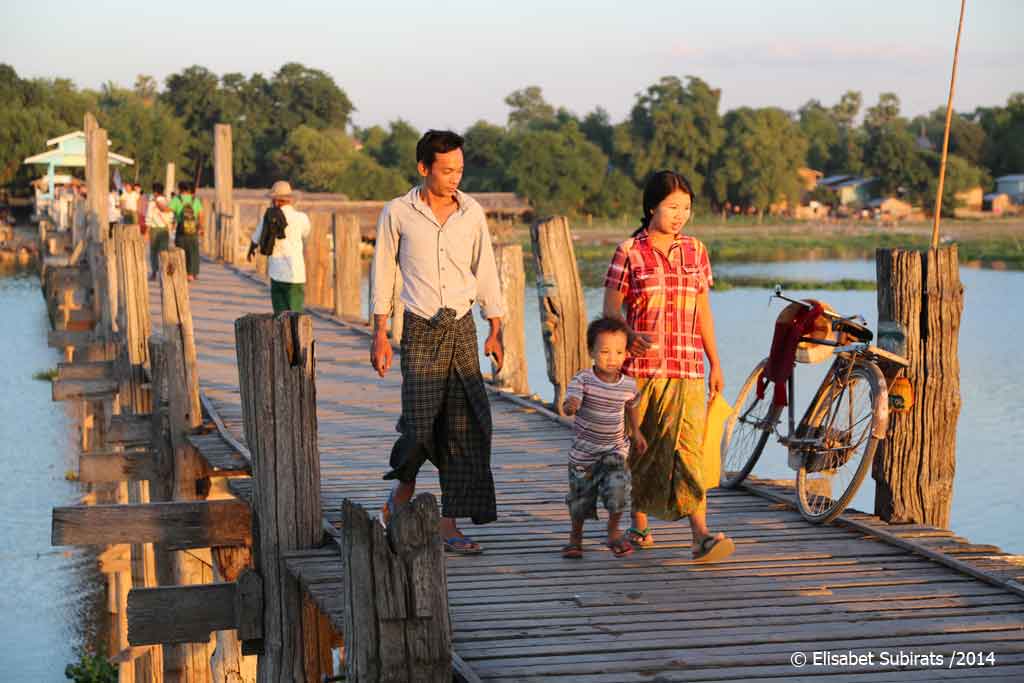 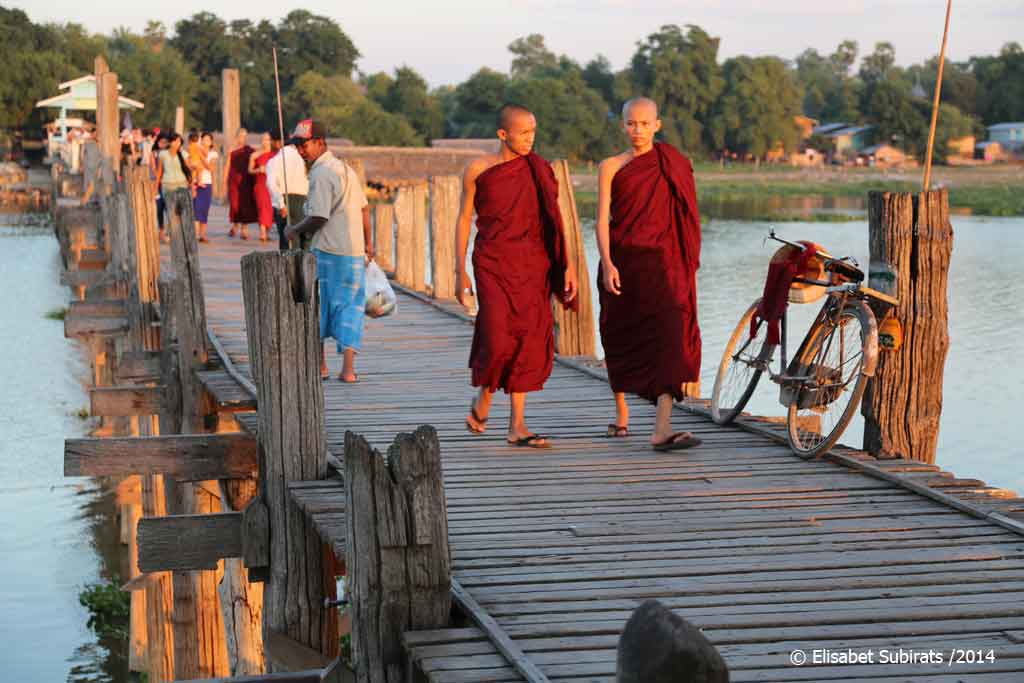 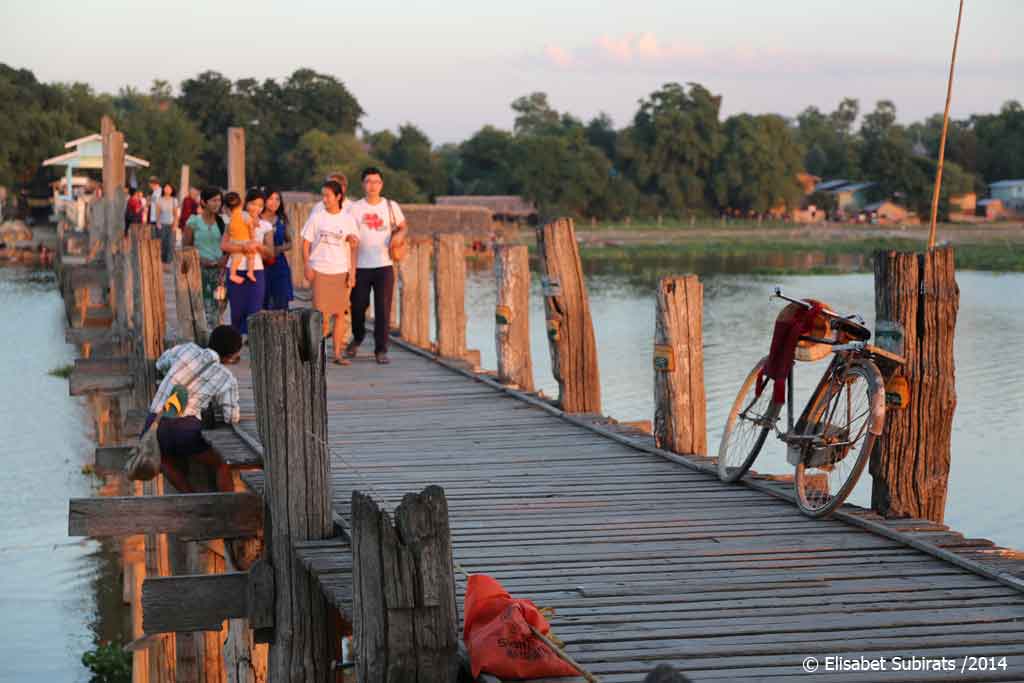 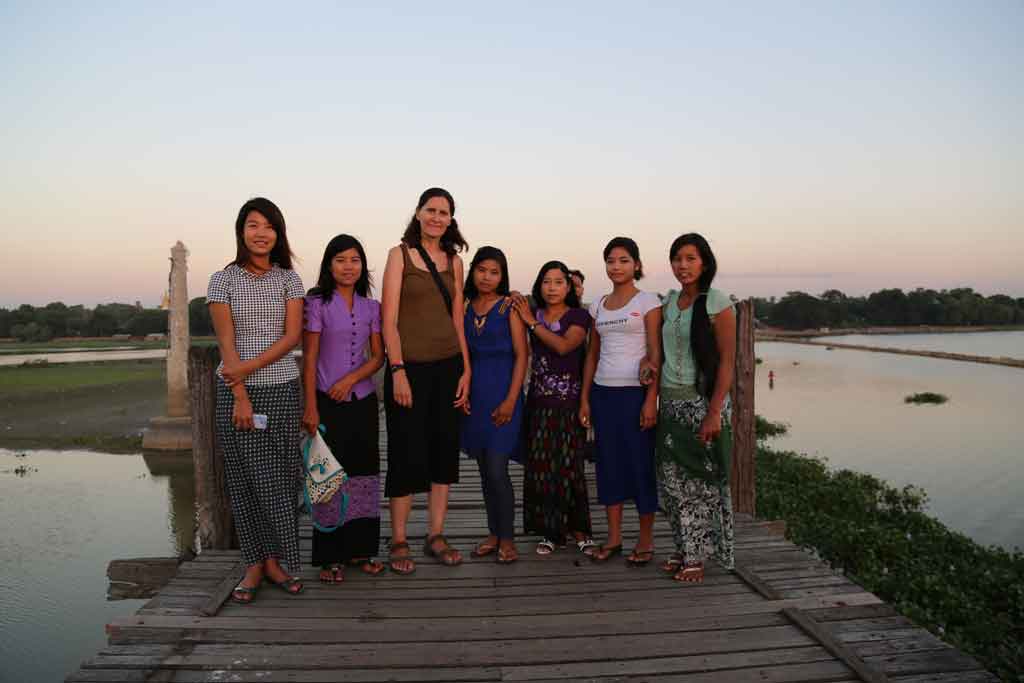 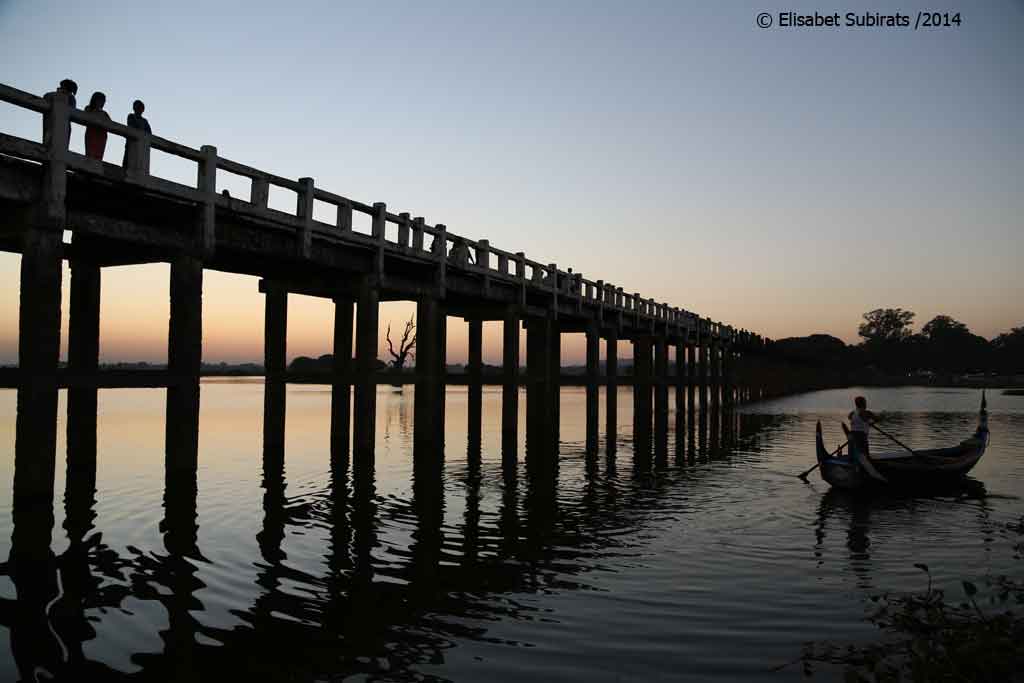 The following day, before leaving to Mrauk U, Maria, Nicolas, Eve and me rented a bike to do the Lonely’s proposed bike tour of Mandalay. We did not go far because at Michael’s Catholic Church a nun proposed us to meet the mother superior, who welcomed us with joy and all sorts of cakes. We had an interesting conversation with her about everything, a conversation like the one we had with the monk but from a Catholic point of view, lol. 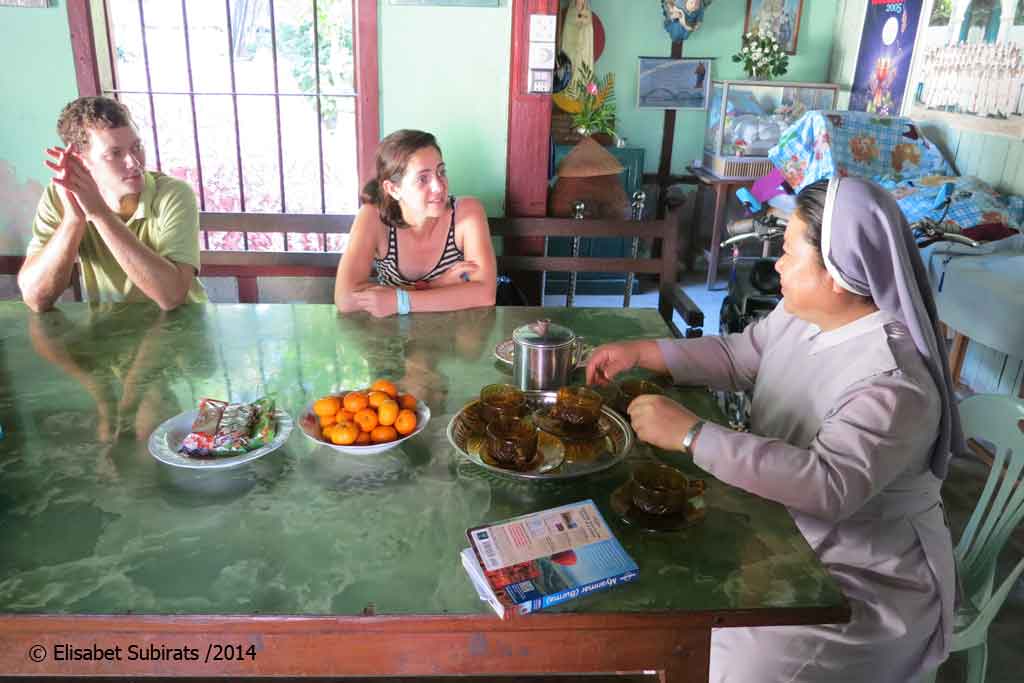 After visiting another pagoda Maria and I rode back to the guest house, took a quick shower and got ready for our trip to Mrauk U. Getting the bus tickets had already been and adventure, I wondered what adventures were waiting out there for us . . . 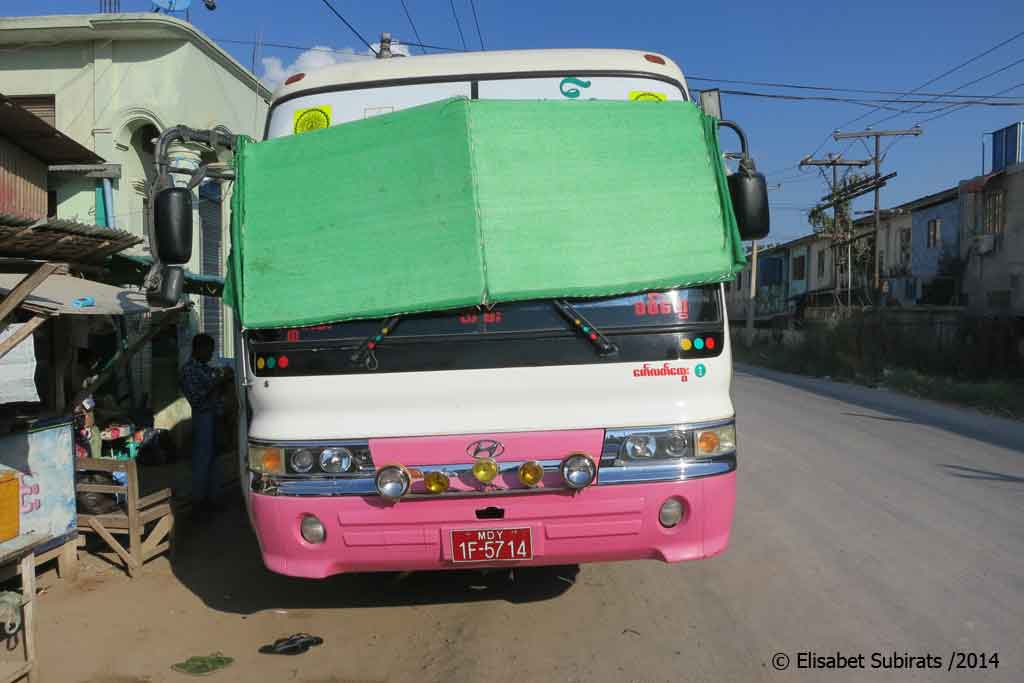 Permanent link to this article: http://holaworld.fr/on-the-road-to-mandalay-part-two/