My next stop was Trujillo, on the northern coast. Warm weather, nice colorful architecture, many interesting archaeological sites to explore around and piscos, Trujillo looked like the perfect place to me (especially after the cold nights in Cordillera Real!) and I set my base camp in this city for the following five days. 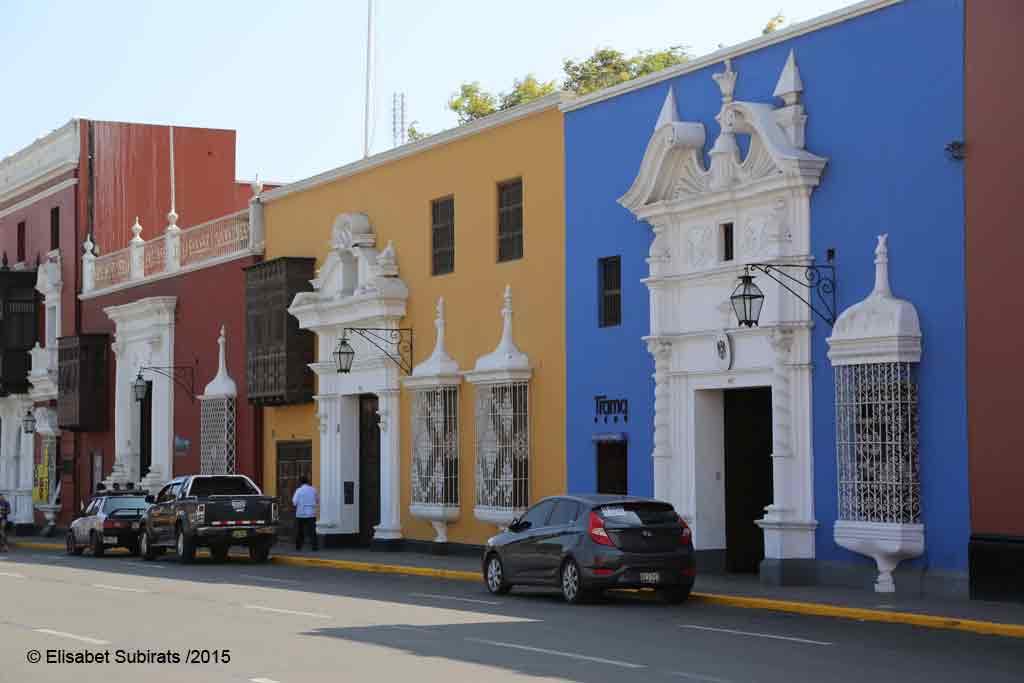 The first site that I visited was Chan Chan (1300AD), the largest adobe city in the world and home of the Chimú Empire. Chan Chan was a wealthy city, full of gold and silver but today only the adobe walls surrounding the royal burial mound remain. The walls’ decoration are very beautiful, always with marine designs. 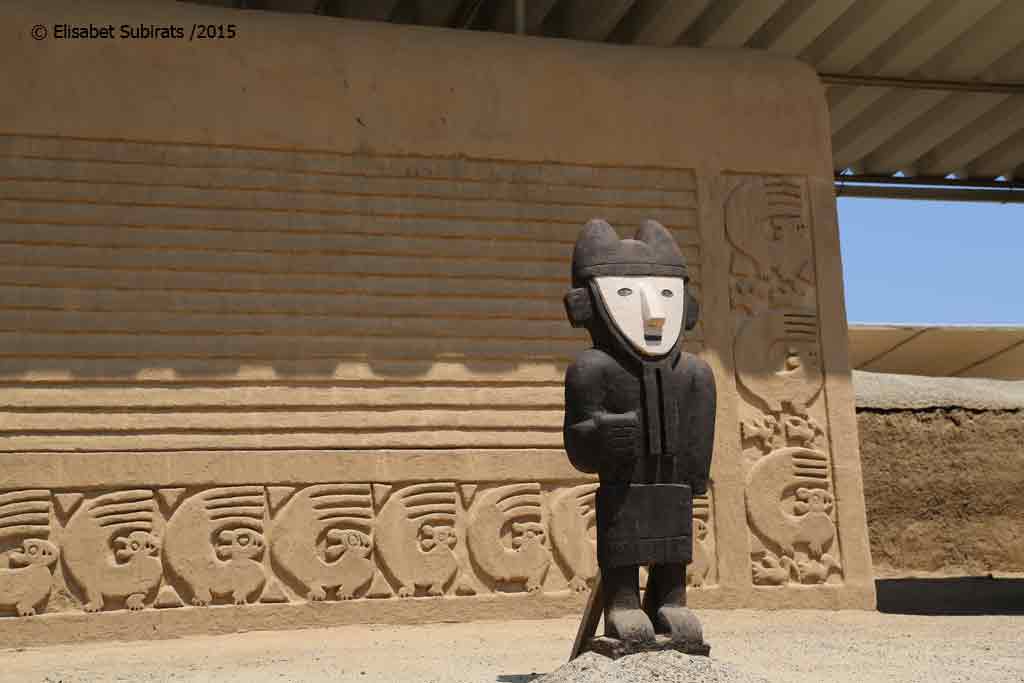 If you think that after Machu Picchu you have seen it all, go and have a look at this red bunker located in Sipan. This new museum hosts one of the most extraordinary discoveries in Peru, the royal tombs of Sipan. 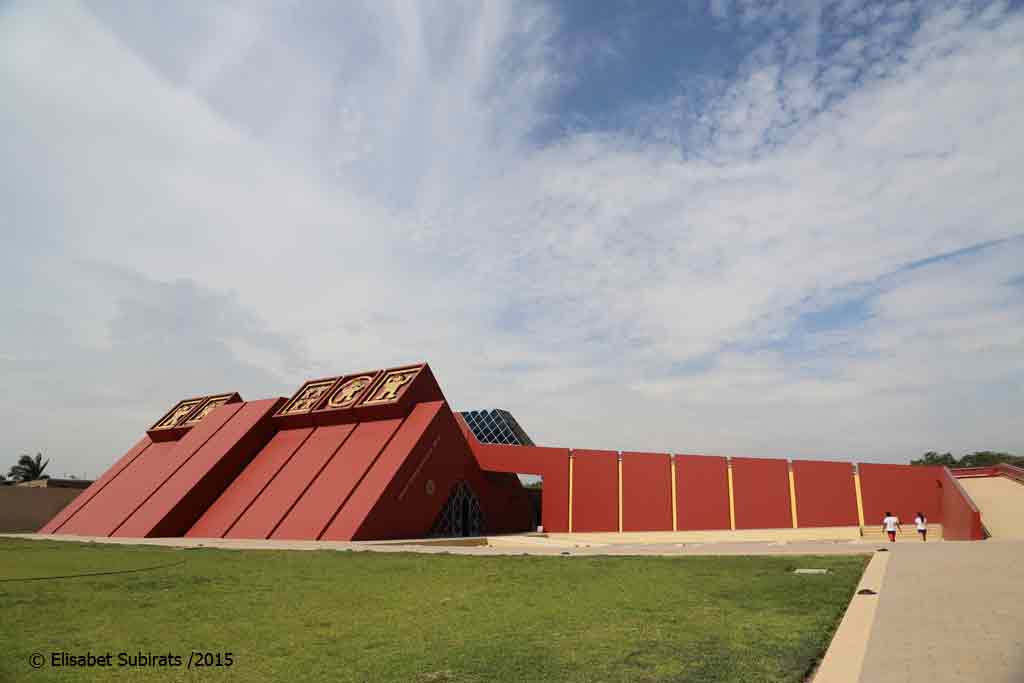 Lord of Sipán was a leader of Moche people and when he died he was buried with the same splendor than during his life: rich objects, servants and a boy symbol of regeneration accompanied him for this final trip. Mochicas had really advanced techniques to work gold and jewelry and each piece of this funerary trousseau is a wonder, a pity that photography is forbidden inside the museum. This is an excellent museum, with amazing religious and ornamental objects and interesting explanations. The tombs of the two lords (Old Lord of Sipan buried below New Lord of Sipan) are reproduced real scale as well. 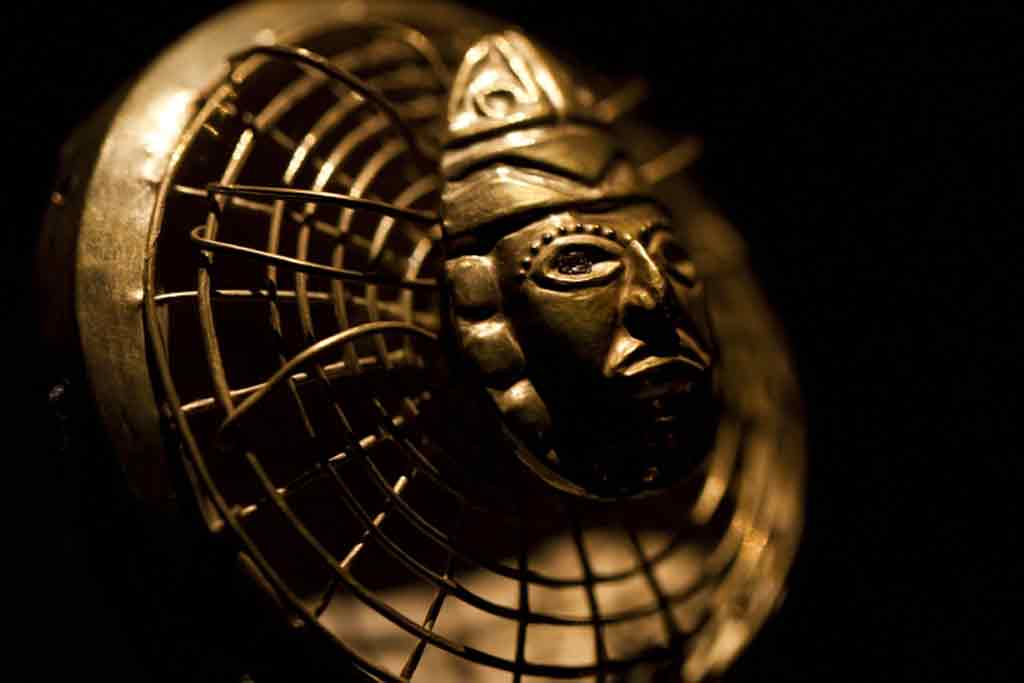 On my last day in Trujillo I visited Huaca de la Luna. In precolonial times huacas were ceremonial centres and this pyramid consisting of different levels was built by Moches to worship the moon.  The best part of the one hour guided tour was the base of the last level: the polychrome friezes for which Moches were famous are a wonder even if archaeologists still don’t know the meaning of some of the scenes depicted. From Huaca de la Luna we could see Huaca del Sol, which could not be visited for the moment, and in between there are the excavations of an entire Moche village which hopefully will be open to the public soon.

I had a nice time in Trujillo but I could not leave Peru without exploring a little bit of the Amazon so it was time to go inland again. Next stop: Chapapoyas!

Permanent link to this article: http://holaworld.fr/perus-northern-coast/