Another sunny pause (in Lima)

I arrived to Huaraz, my base camp for the following days, at 7.00am and after a quick check in at the hostel and a good breakfast I was ready to explore the surroundings. For this first day I chose an organized tour to Chavin de Huántar, an archaeological site three hours far from Huaraz and Unesco’s World Heritage. This area was used as a religious and ceremonial centre at least since 1200years BC and until the discovery of the remains of Caral, north of Lima, it was considered the most ancient city in America. With the stunning Cordillera Blanca as backdrop, the setting of these remains is very impressive plus its constructions (temples full of labyrinthine underground passages) were a big engineering and artistic achievement for that time. 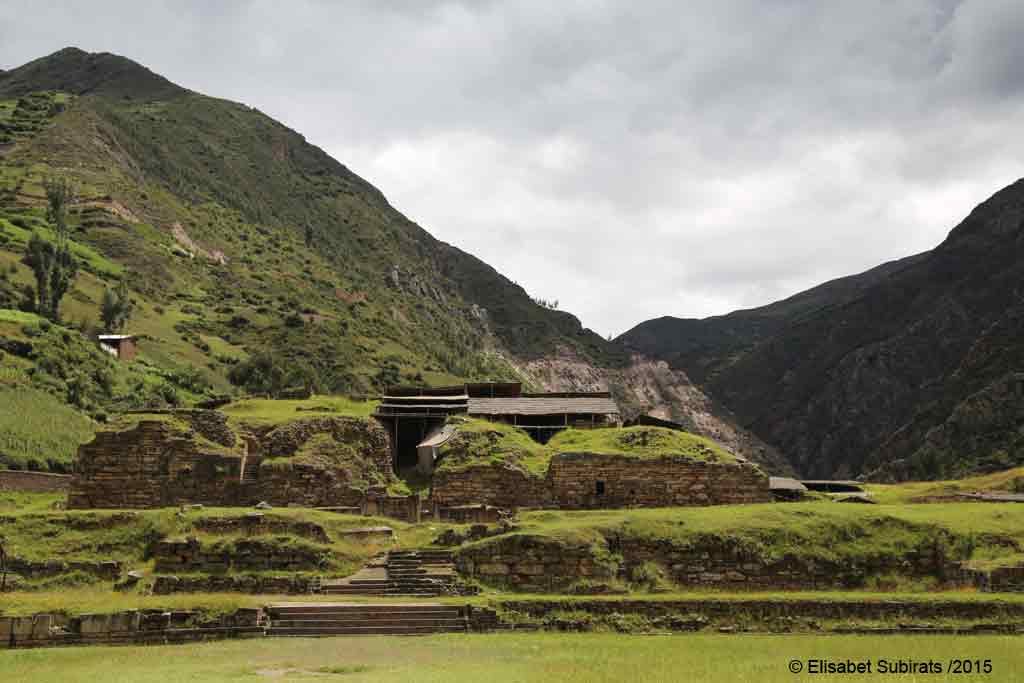 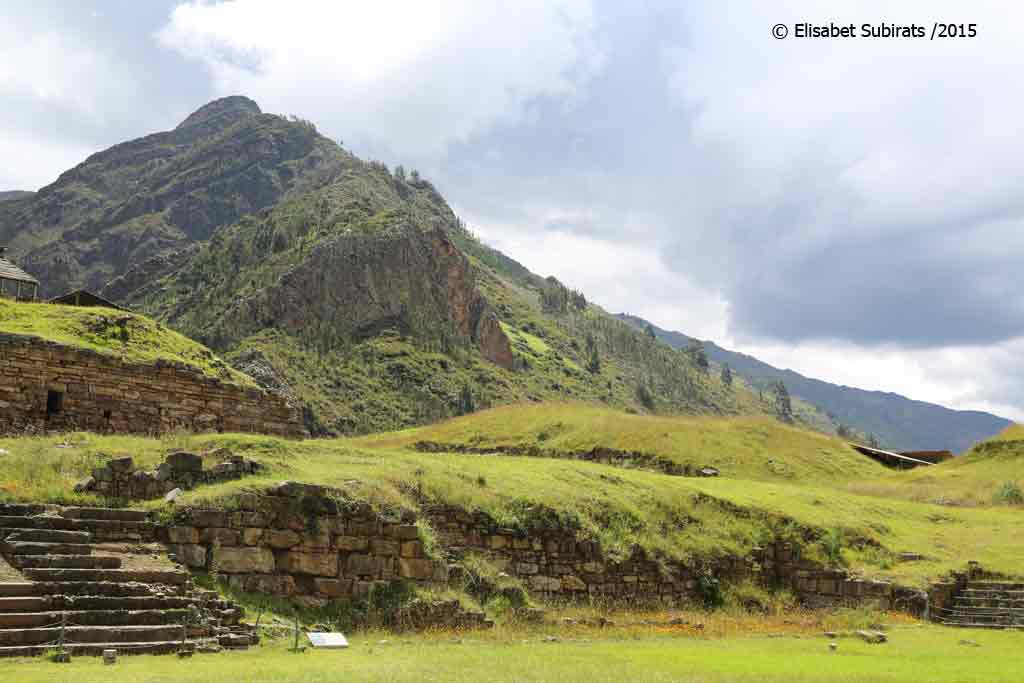 It seems that in Chavin priests used drugs (hallucinogens) and manipulated sights and sounds to instill fear in nonbelievers and the stone carved heads on the walls and carvings are sometimes very scary as well. It was an interesting visit that I recommend if you are around.

But the main reason to travel to Huaraz was hiking and the following day, after few hours of sleep, I was ready (or that’s what I thought) for the Santa Cruz Trek.

Santa Cruz Trek (50kms, 4 days and 3 nights) is the easiest but also the most beautiful trek in Parque Nacional Huascarán. We were a nice group of people from all around the world: USA, Canada, Germany, Switzerland, Denmark, Ireland, Netherlands, Poland . . . and there was even another Catalan with me! 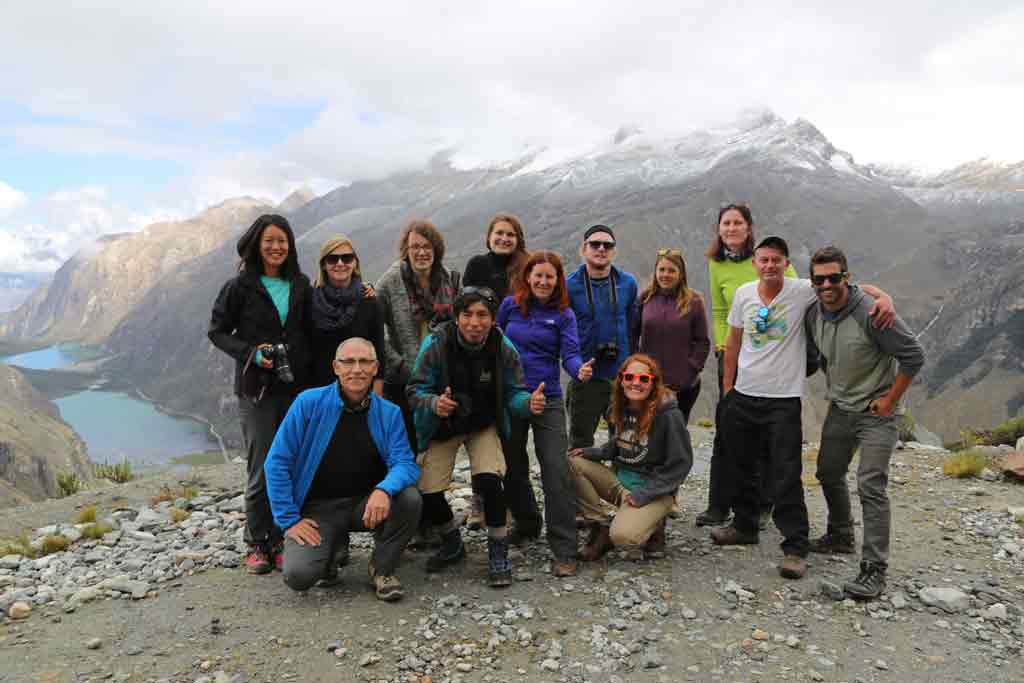 We started the first day very early in the morning because we had to drive five hours to reach the starting point of the trek. The weather was incredibly good, the sky was blue and on the way we could admire Nevado de Huascarán (6768m), Peru’s highest mountain, and other beautiful sights. 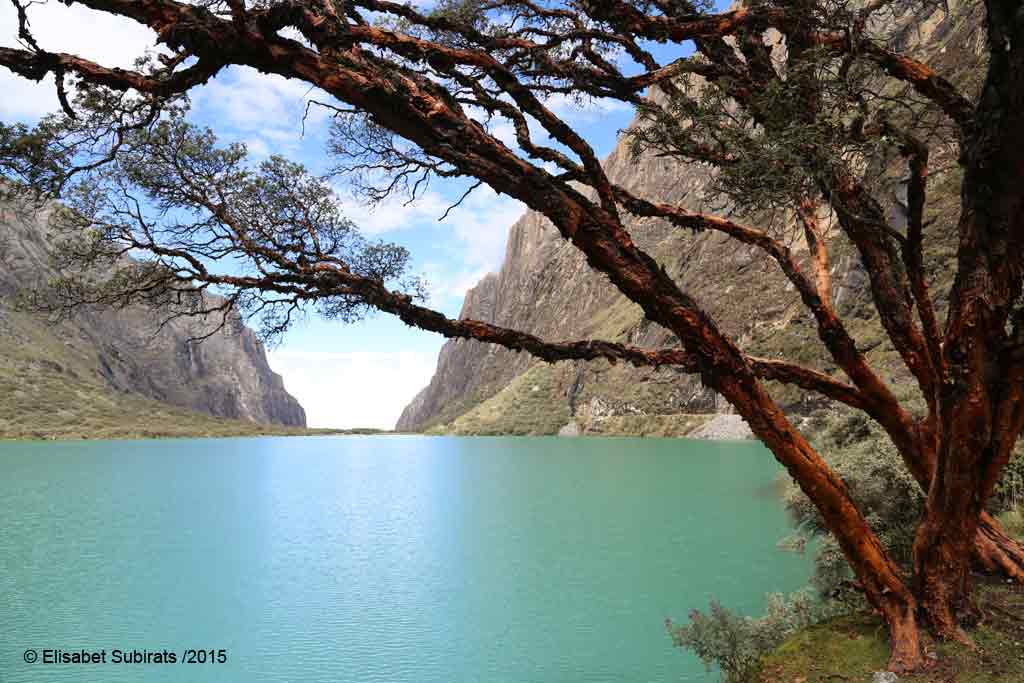 After lunch we started walking from the village of Vaqueria (3600m). It was an easy hike (4h, 300m downhill), a kind of warm up where we could see some valleys and thatched-roof Quechua houses. We slept in Paria campsite, close to a river. 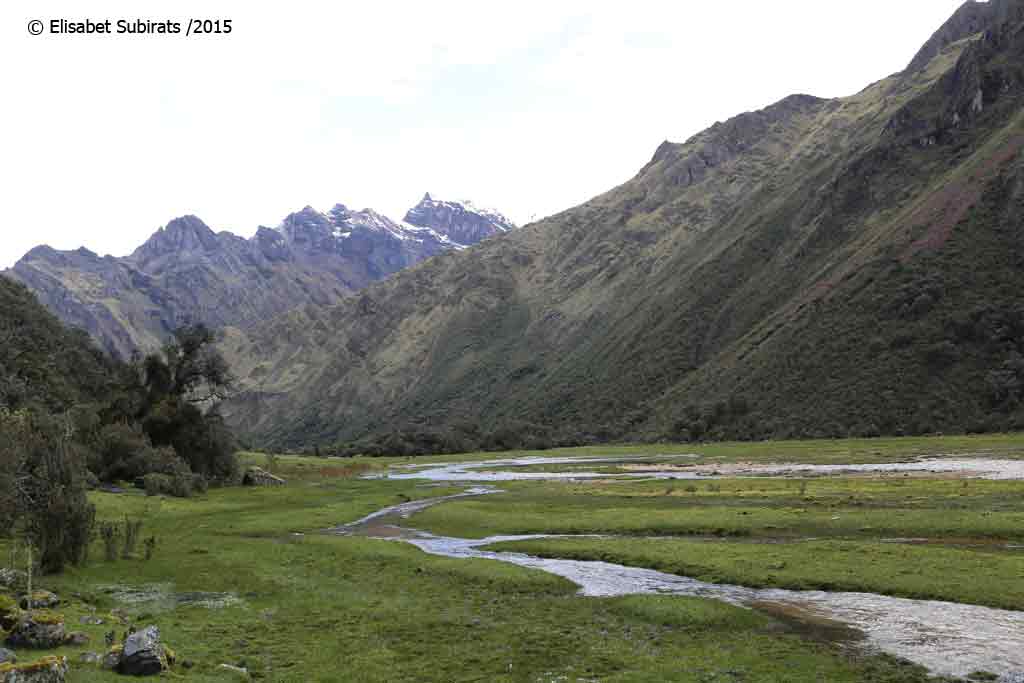 After a cold night, the second day started very early in the morning and our first steps were done through the mist. After one hour or so the sun popped up and the mountains appeared to us in all its splendor, the landscape was fantastic! 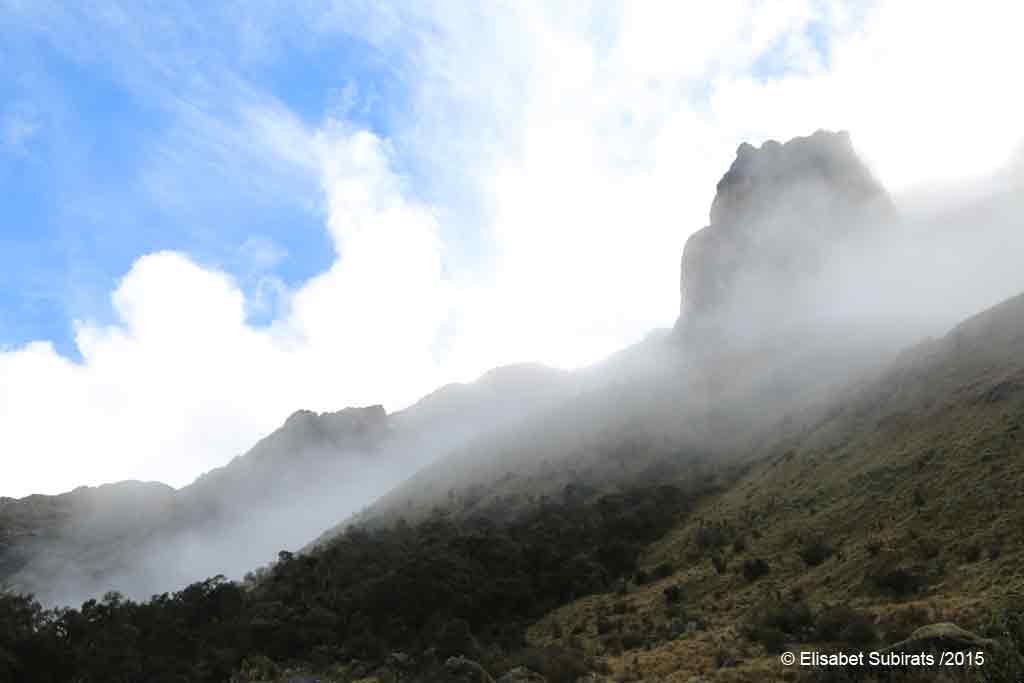 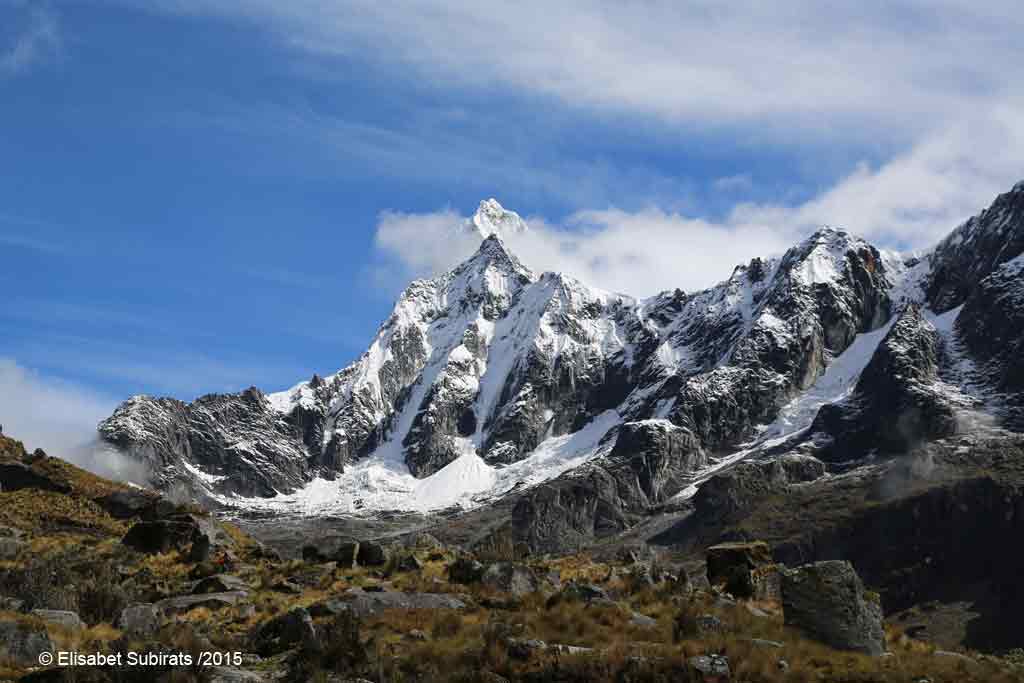 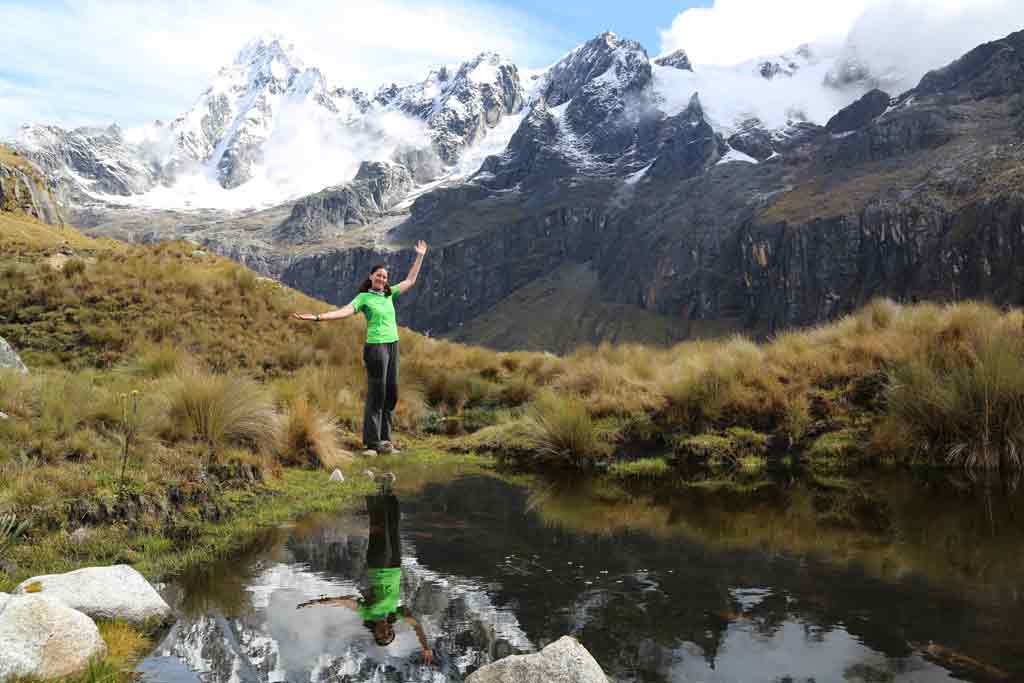 This was also the most difficult day because we had to climb up to 4750m (Punta Unión Pass). The last metres to the top were very tough because it was cold, rainy and foggy and in the end I was climbing more with my heart than with my feet. It was very, very hard to me mainly because I had slept few hours during the last days and I had fatigue but I made it and since that day I set my personal record at 4750m 🙂 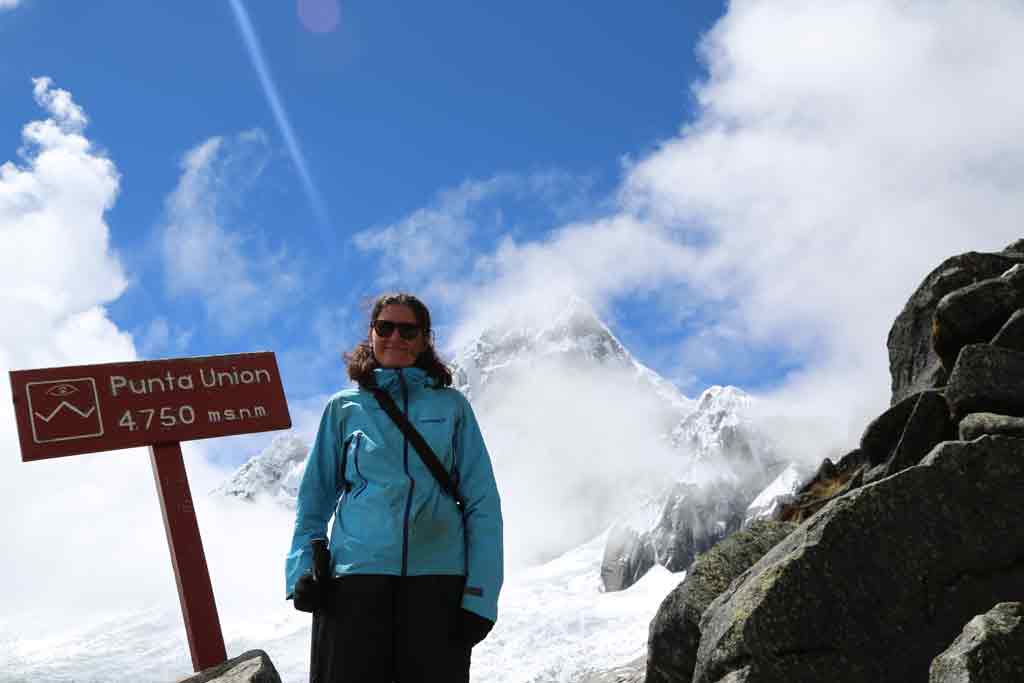 After the picture I was told to go down immediately because I had headache and was feeling sick, not a good sign! Too bad I could not enjoy much the amazing landscape on the way down to the second base camp, with some green and blue lagoons, next time I will start a trek only after a good sleep and rest 🙁

The third day started with an amazing panorama from our tents where Nevado Alpamayo (5700m) dominated the skyline. This mountain was once voted as the “most beautiful mountain in the world” by the German Alpine Club, it would be a pity to miss that! 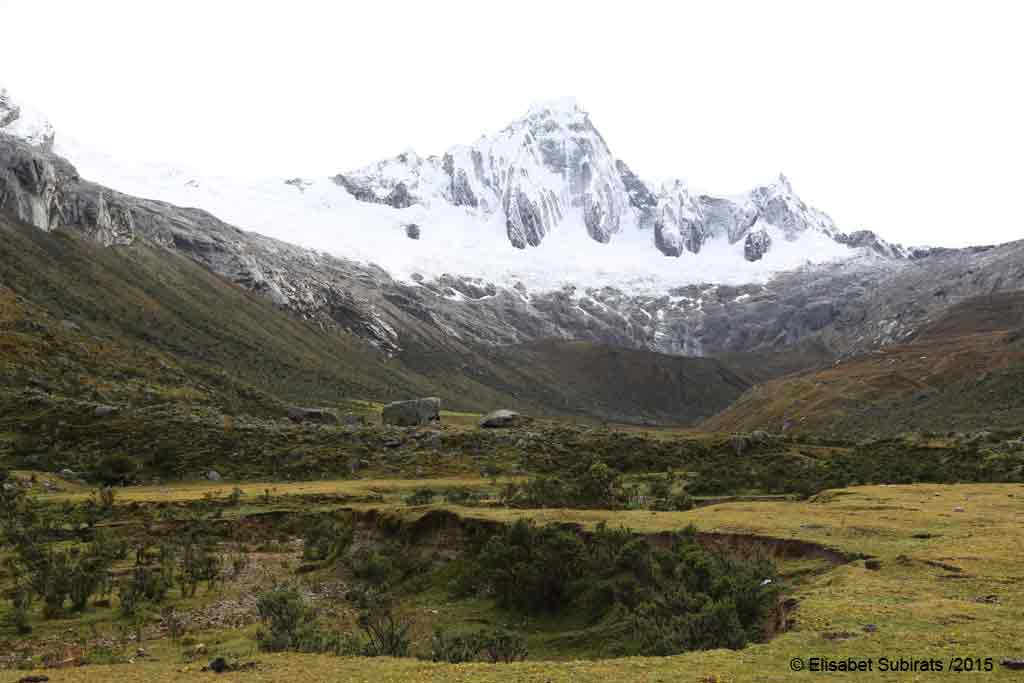 In the end the group voted to complete the trek in only three days (on the fourth day we were supposed to walk only 1.5hrs so we did not want to spend another cold night only for that) so it was a long day but also a very rewarding day because on the way we saw many waterfalls and lakes. 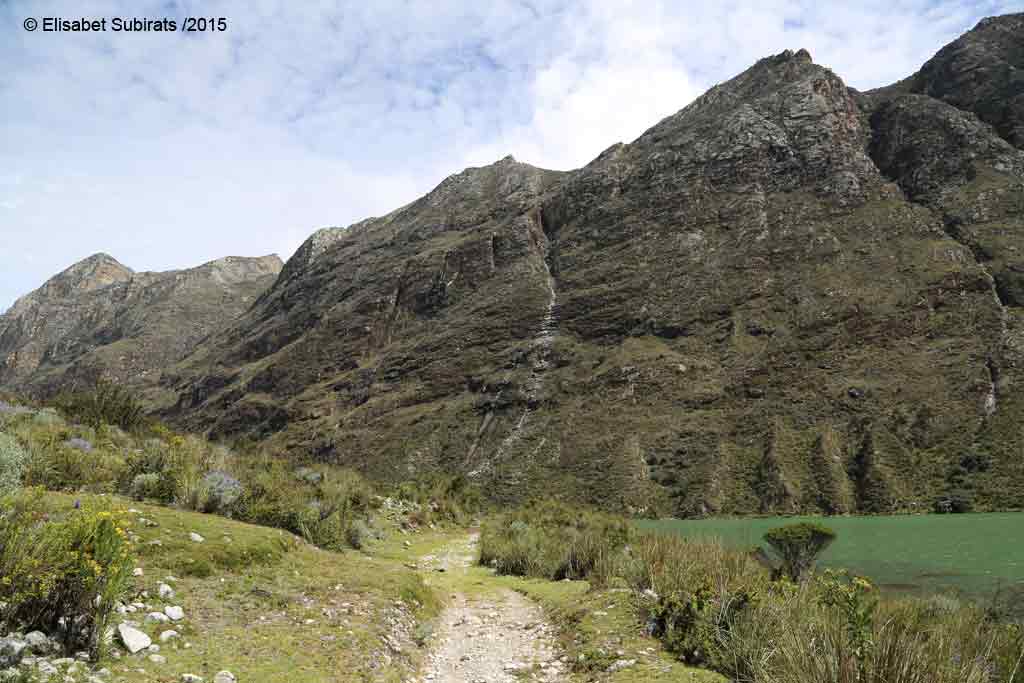 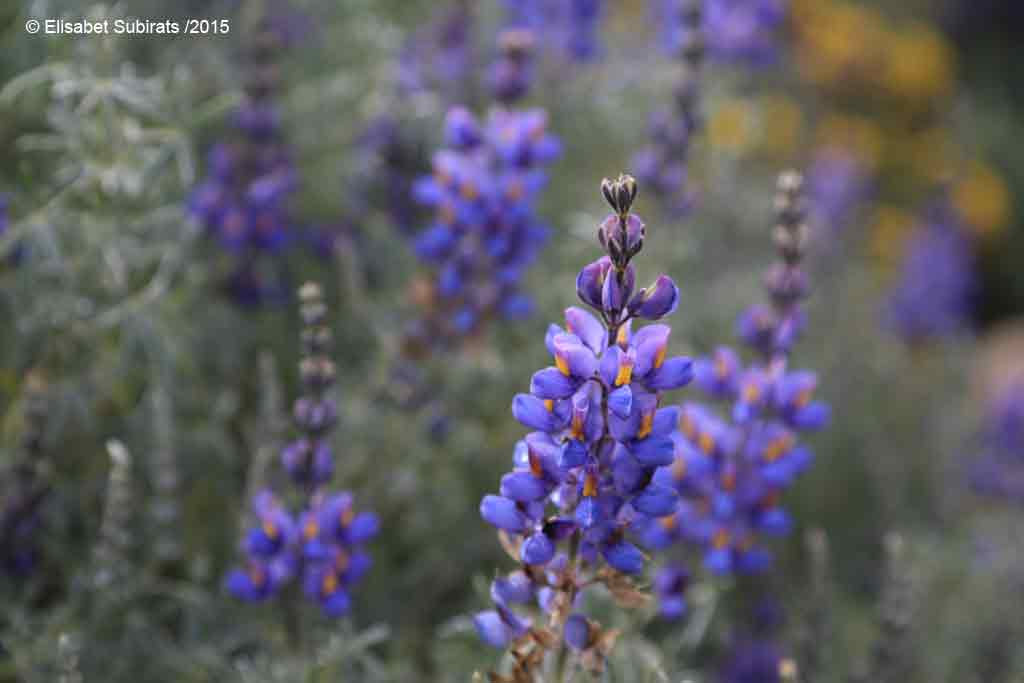 After a last part quite hard for the knees, our adventure finished in Cashapampa (2900m) where a private bus took us back to Huaraz. End of the post.

Permanent link to this article: http://holaworld.fr/santa-cruz-trek-in-cordillera-real/