The Moais of Easter Island

I had visited Santiago de Chile in 2011 and I found the city so cool that I did not mind spendng few days more during my World Trip.

Sunday 18th January 00.59am: an earthquake of 4.9points (Richter scale) was registered in the central area of Chile shaking Santiago and surroundings but I was sleeping so deeply that I did not feel the anything, lol

Later in the morning I met Sally  (my hostel mate in Easter Island) at Plaza de Armas to visit the city centre together. The Plaza de Armas or main square is the symbolic heart of Santiago, where the main buildings like the Catedral Metropolitana are located. Sadly (for us) there was a massive restoration program in la plaza, with many buildings covered by scaffolding so I could not take nice pictures 🙁

The museum that we wanted to visit, the Museo Histórico Nacional, was also closed for restoration so Sally decided to go to the Museo Chileno de Arte Precolombino while I preferred to have a look at the streets around the plaza, with some interesting sights like la Casa Colorada (a colonial house) and the Central Market, with a beautiful iron architecture. 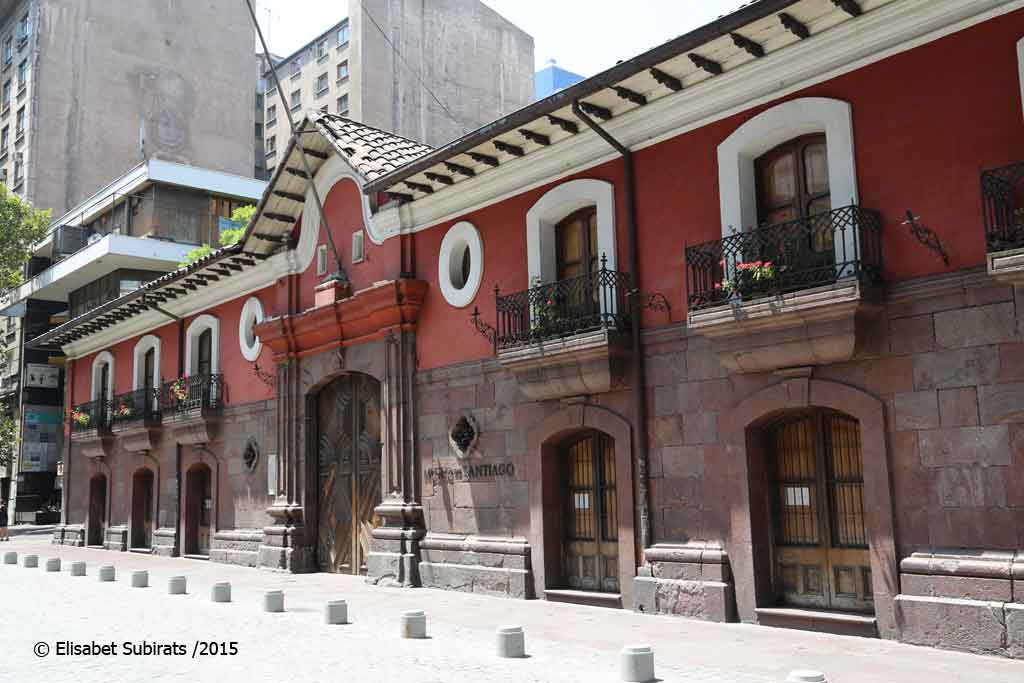 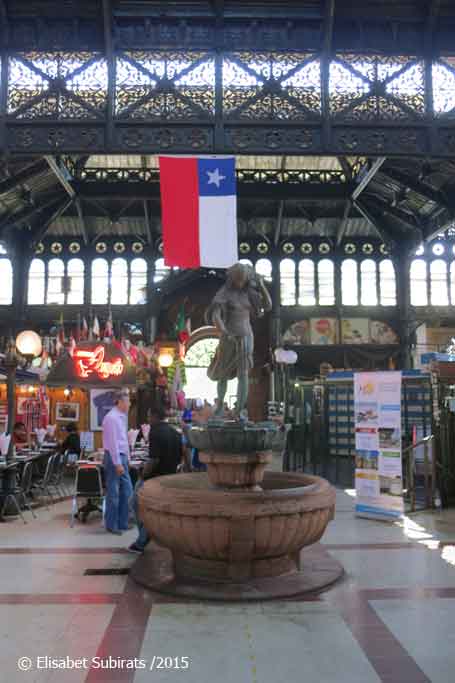 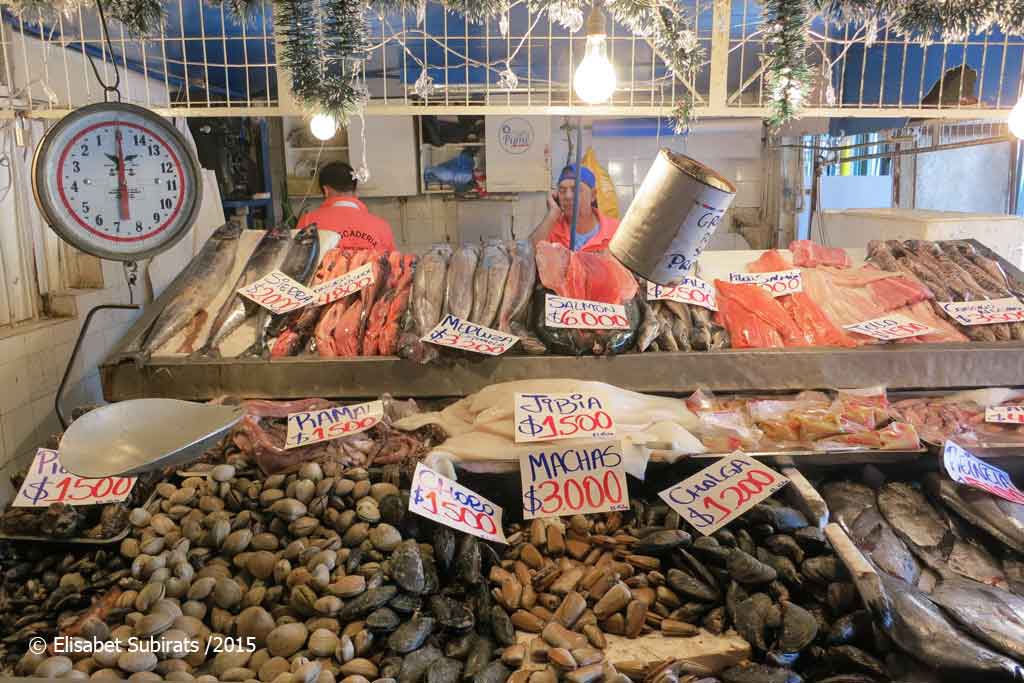 At noon Sally and I met again and went to visit Neruda’s house in Santiago, called la Chascona, where he lived with his mistress (and later third wife) Matilde Urrutia. 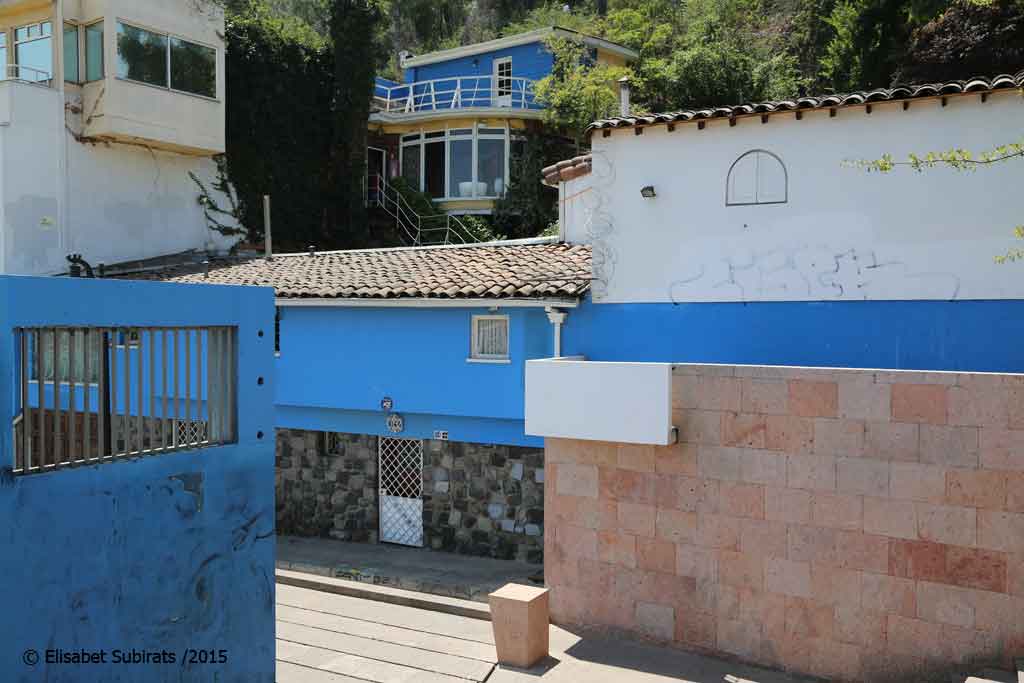 A guided audio tour took us through the different rooms and courtyards in the house. It was a nice visit but I preferred the houses in Valparaiso and Isla Negra, that I visited in 2011.

In the afternoon I met Jorge, Edith’s Chilean friend, for a stroll along the Barrios Bellavista, Lastarria and Brasil. Jorge is a journalist so he had many interesting stories to tell. With him I discovered the popular side of Santiago which was perfect for me because I knew the touristy side of the city already.

Jorge told me that Chileans are the people who drink most in South America (9.6 litres of pure alcohol a year per person according to the OMS), was that a warning? Actually in these barrios there were many interesting breweries which produce their own beer, perfect for a hot summer day like that one. After some empanadas and beers, Jorge proposed me to taste the famous “terremoto”, an alcoholic typical Chilean drink.

But what a terremoto exactly is?

Pipeño (a type of sweet fermented wine) with pineapple ice cream and grenadine served in one litre glass. Terremoto literally translates as “earthquake” since you are left feeling very shaky, and that’s what happened to me when I drank my first terremoto, ahahah. 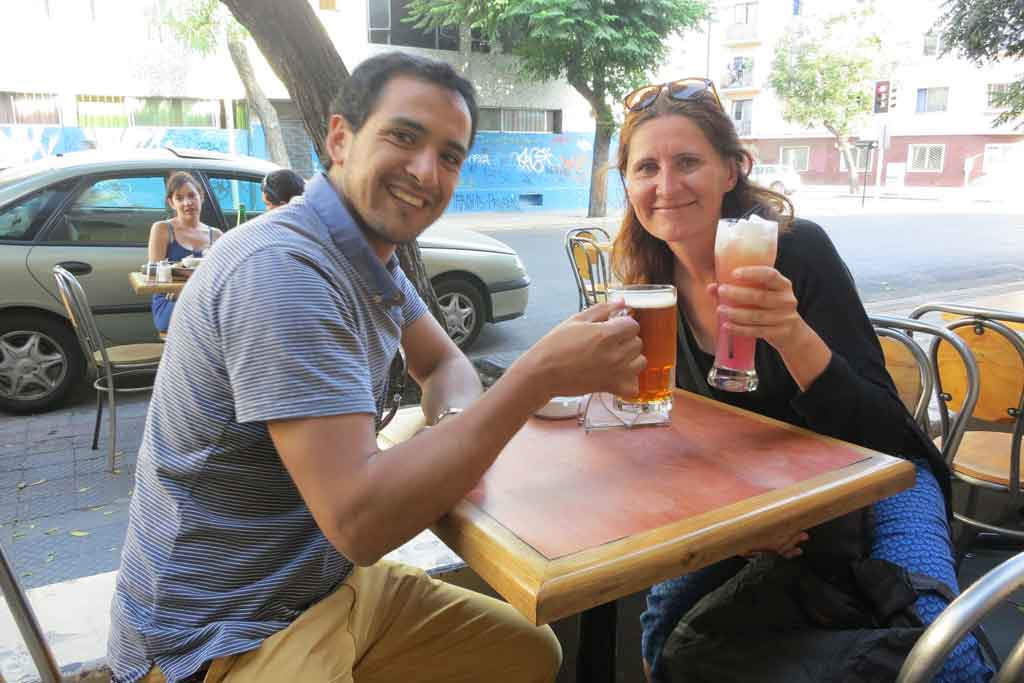 The story goes that some German reporters came to Santiago to report about the major earthquake that struck the city in 1985. Due to the heat they asked for something refreshing so a waiter called Guillermo Valenzuela added some ice cream and granadine to the wine. When they tried the drink they supposedly said “esto sí que es un terremoto (this truly is an earthquake) !” and the name stuck even since.

Monday and Tuesday were very relaxing days for me, with some shopping and short strolls in that same barrios. I added to the list the Barrio Paris-Londres, with a beautiful architecture and the oldest (and my favourite) church in the city, Iglesia de San Francisco (1586). 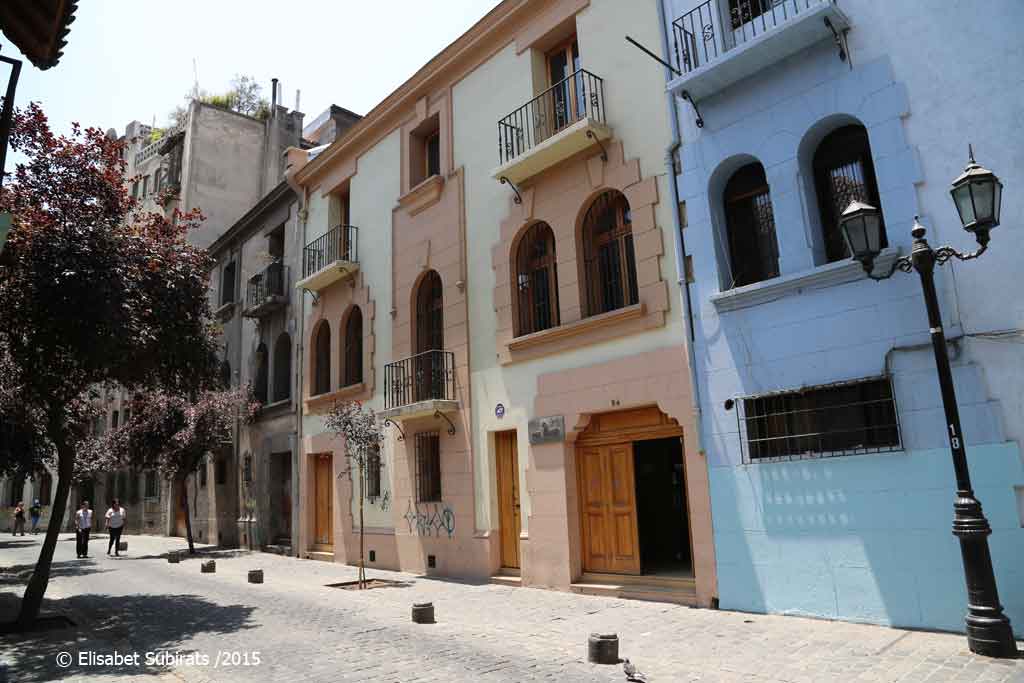 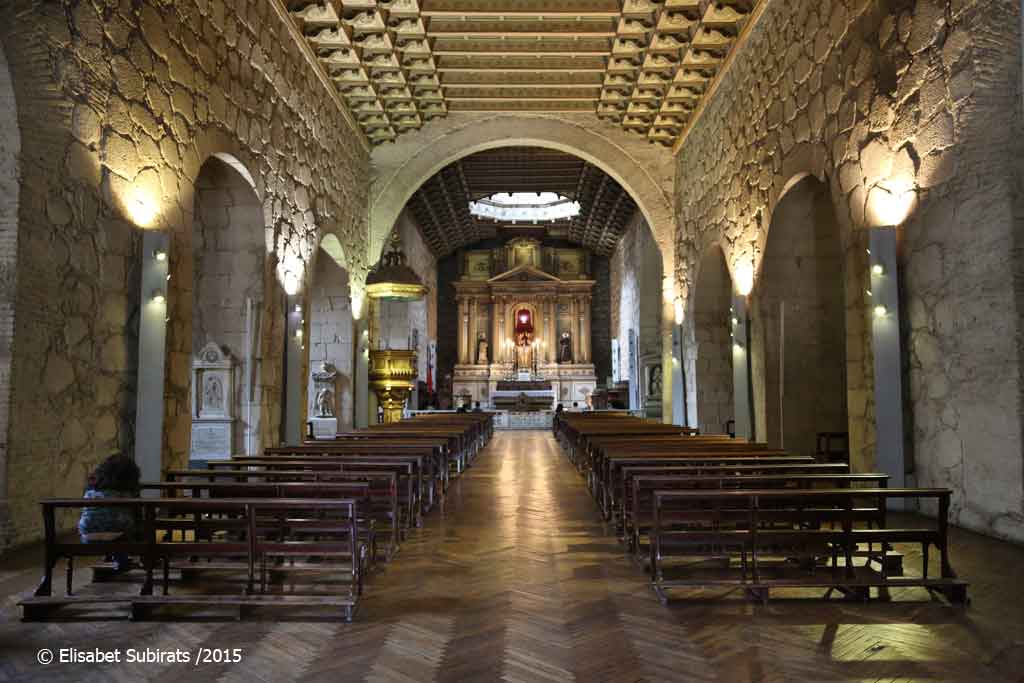 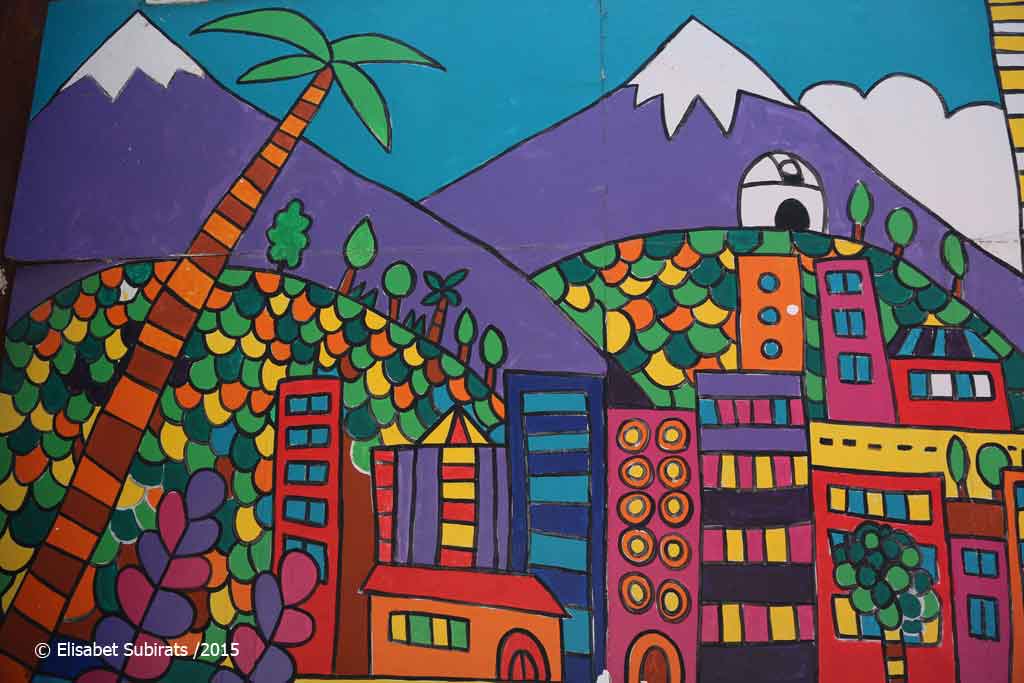 Well, the days were relaxing only until Tuesday afternoon, when I joined Jorge again for more terremotos, lol.

This time Jorge took me to la Piojera, a drinking den where tourists, bohemians and businessmen meet together to enjoy its two specialties: chicha and terremoto. I survived better the challenge this time, I am sure these kind of terremotos had something different from the first one! 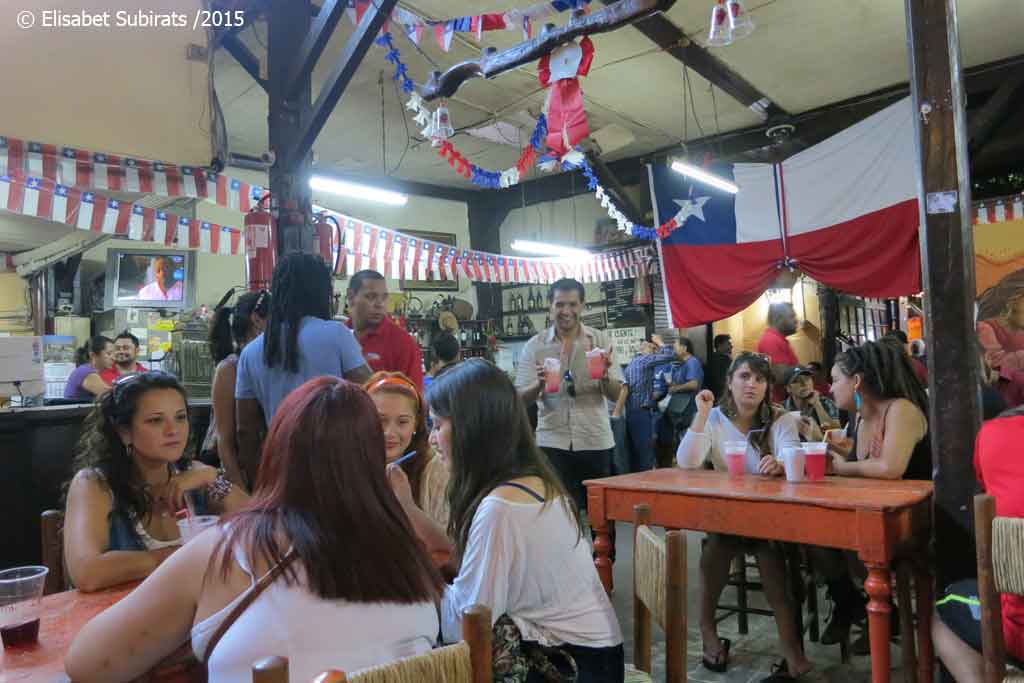 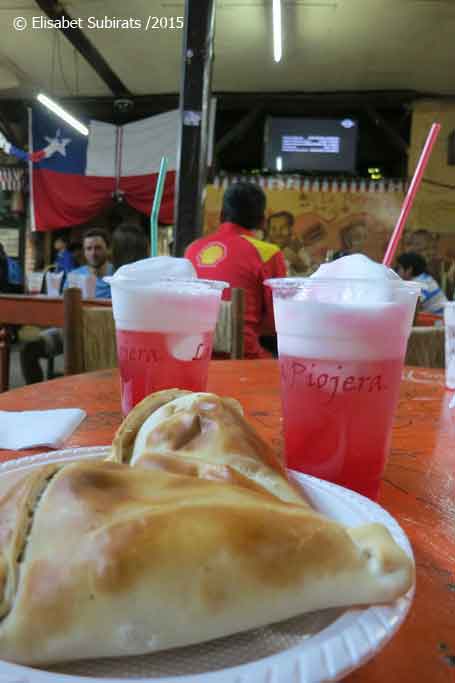 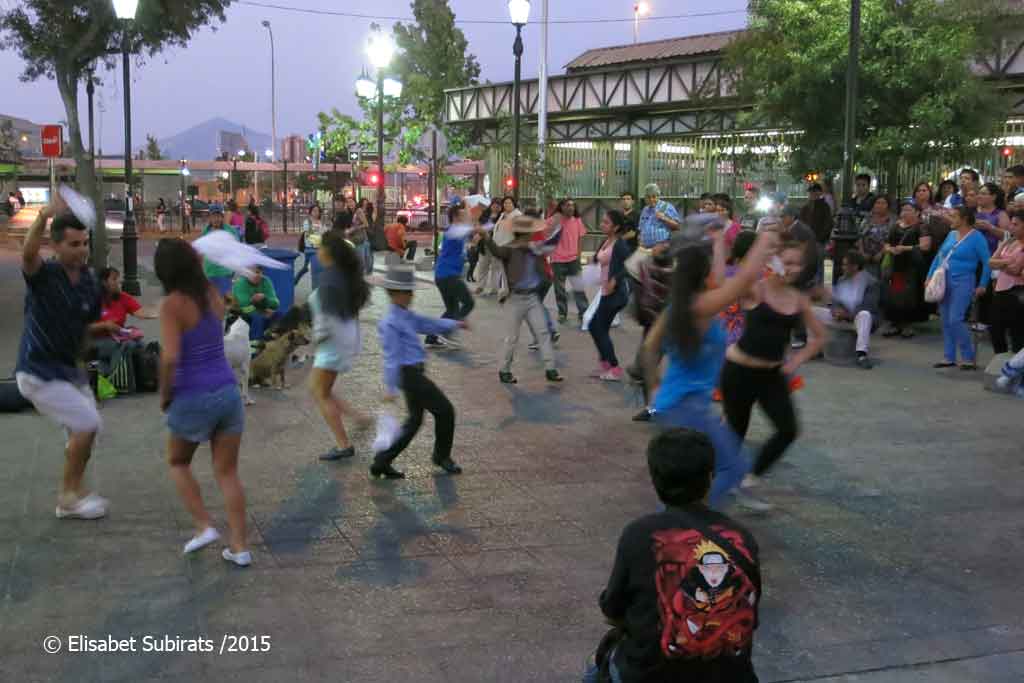 When we were leaving la Piojera, some people were dancing la Cueca (the national dance in Chile) outside, so cool!

The man approaches the woman and offers his arm, then the women accompanies him and they walk around the room. They then face each other and hold their handkerchief in the air, and begin to dance and wave the handkerchief. They never touch, but still maintain contact through facial expressions and movements. The white handkerchief must be waved.

Again, I spent a nice time in Santiago but it was time for some hiking in Patagonia!

More pictures about Santiago (during my 2011 trip):

My pictures and posts about Valparaíso and Isla Negra (2011):

Permanent link to this article: http://holaworld.fr/santiago-shakes/