Some hours in Incheon

Seoul Airport (Seoul – Incheon Airport) is fantastic. Not only has a bunch of shops to spend your time (and money) until your flight’s last call, it also proposes travelers some museums, a cinema, relax area and showers for free and daily costume shows. The paradise of Asian long stop overs, lol. This airport also proposes different free guided tours (called free Transit Tours) to Seoul or Incheon which are a very nice introduction to the country.

On my way to Vietnam I had a 8 hours stop over in Seoul so I chose two tours around Incheon city. The free tour included the transportation from / to the airport on a private bus and a local guide. During the bus journey our guide gave us a brief introduction about South Korea but for me it was the perfect chance to sleep without worrying about my small backpack, so when she started talking about the Korean flag I went on “zzz.. mode”, lol.

Yonggungsa Temple (my first tour, one hour tour) is a “Korean style” Buddhist temple, surrounded by a beautiful nature. The original temple was very old (7th century) but everything was destroyed during the Korean War so the current buildings are a late reconstruction. The ensemble must be gorgeous in spring or autumn time but with the cold weather and some construction works around everything looked a little bit sad. We only had time to walk around the different pavilions and take a couple of pictures but it was more than enough. The fresh air and the walk also helped me to (finally) wake up. 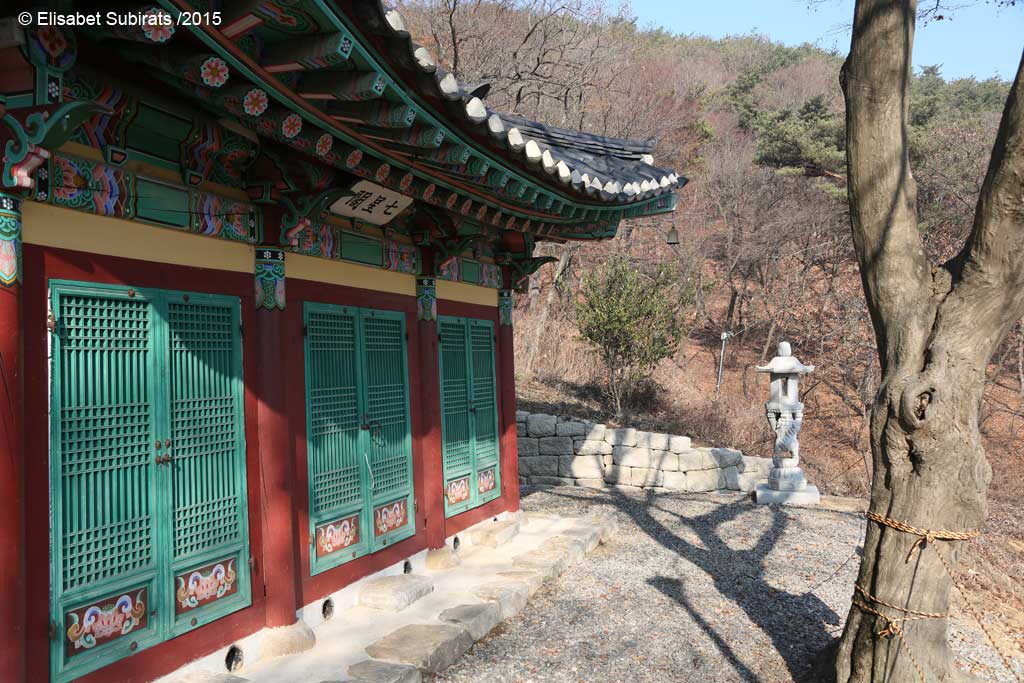 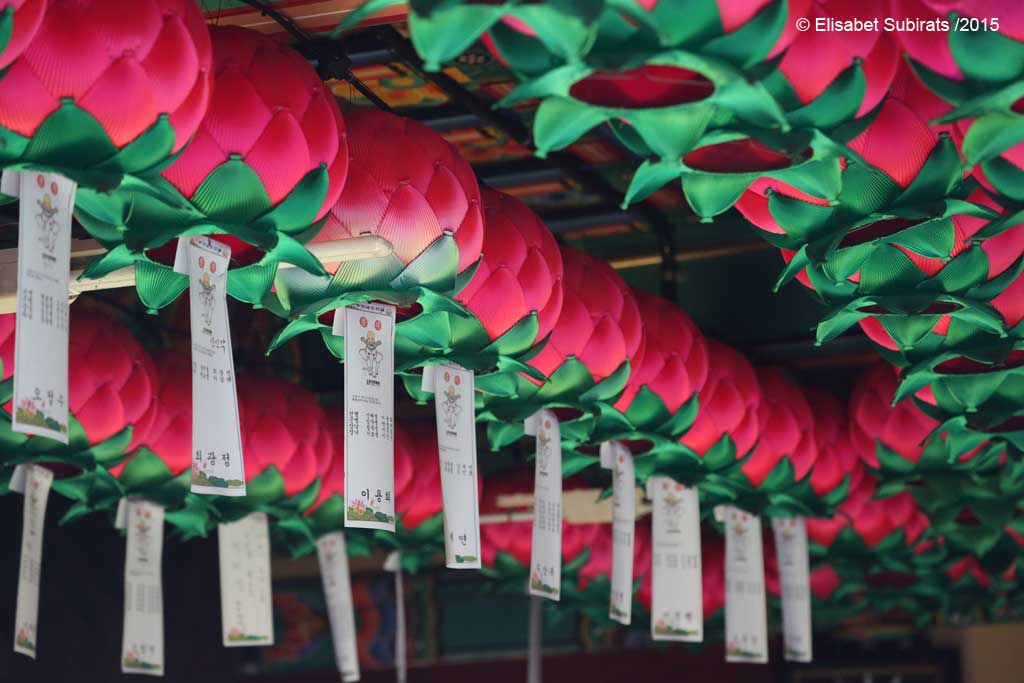 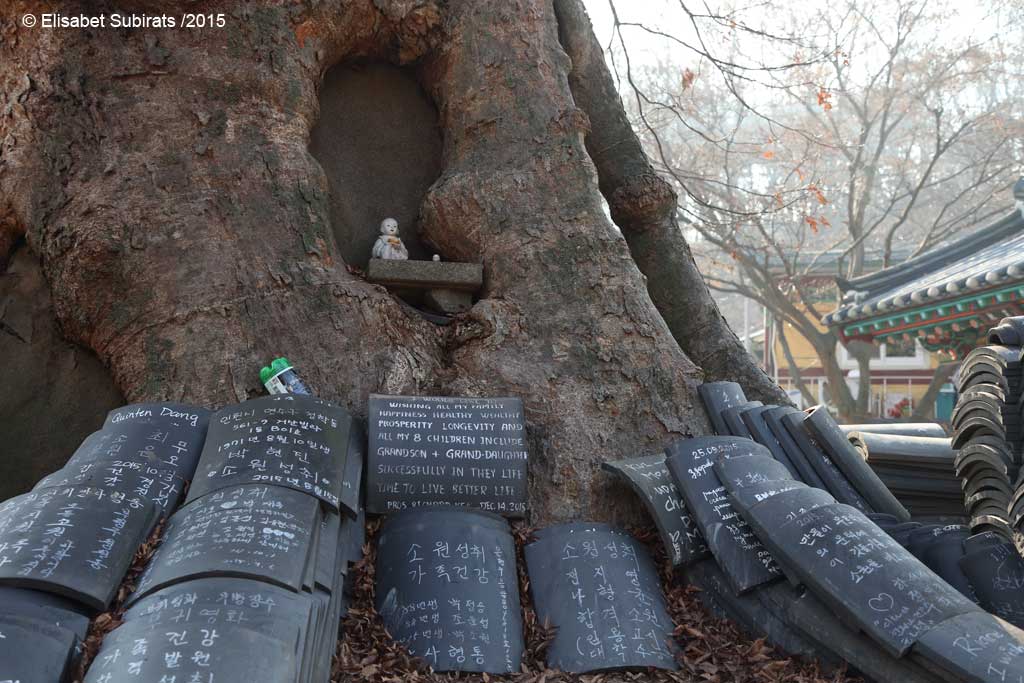 After being dropped off to the airport I took a second tour (two hours tour) again around Incheon which turned to be much more interesting than the previous one. On the way to our first sight we crossed the Incheon Grand Bridge which with its 21.4km is the 6th largest bridge in the World. Again it was sleeping time for me so I have no pictures of the bridge. I found Heungryunsa Temple (our first stop) much more beautiful than Yonggungsa Temple and I enjoyed my time there taking many pictures. The 108 stars necessary to reach the temple mean the hundred-and-eight torments of mankind so we went through all these torments twice (up and down). 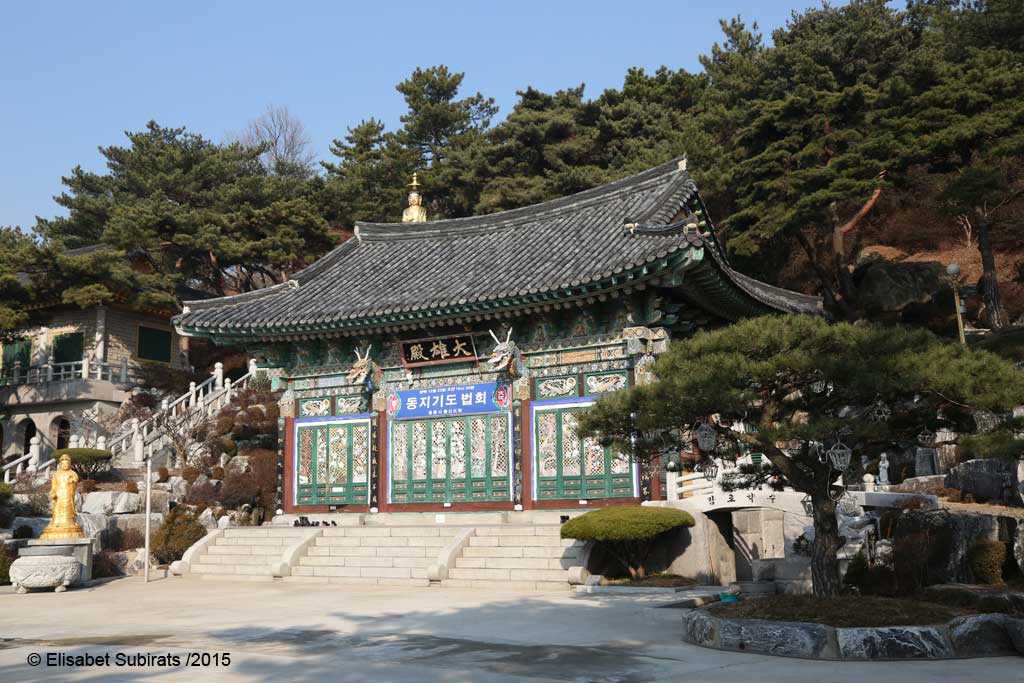 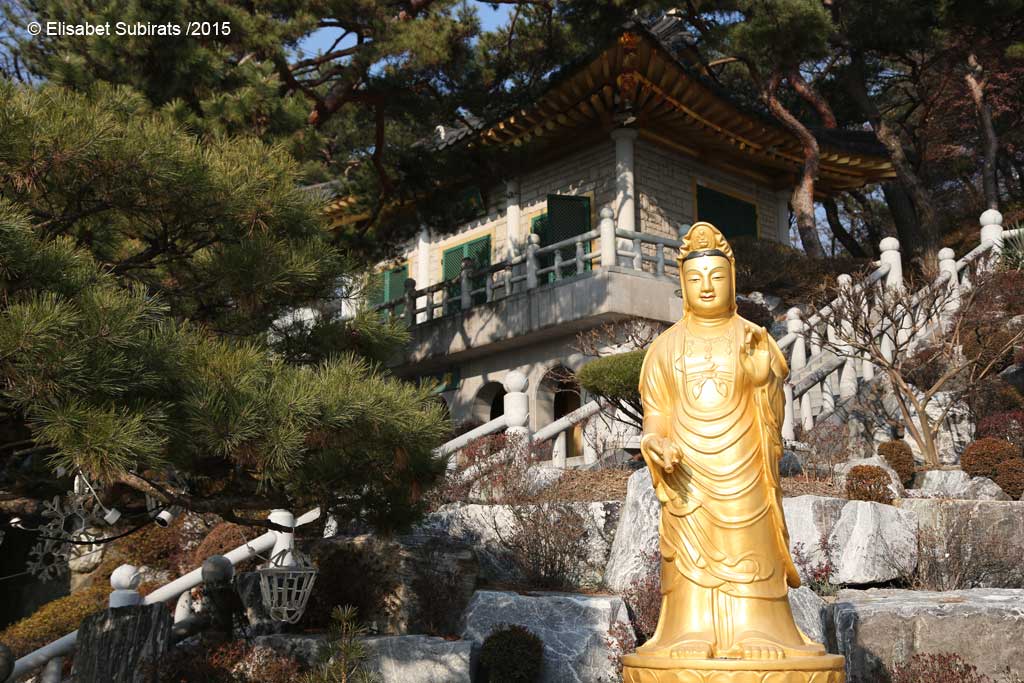 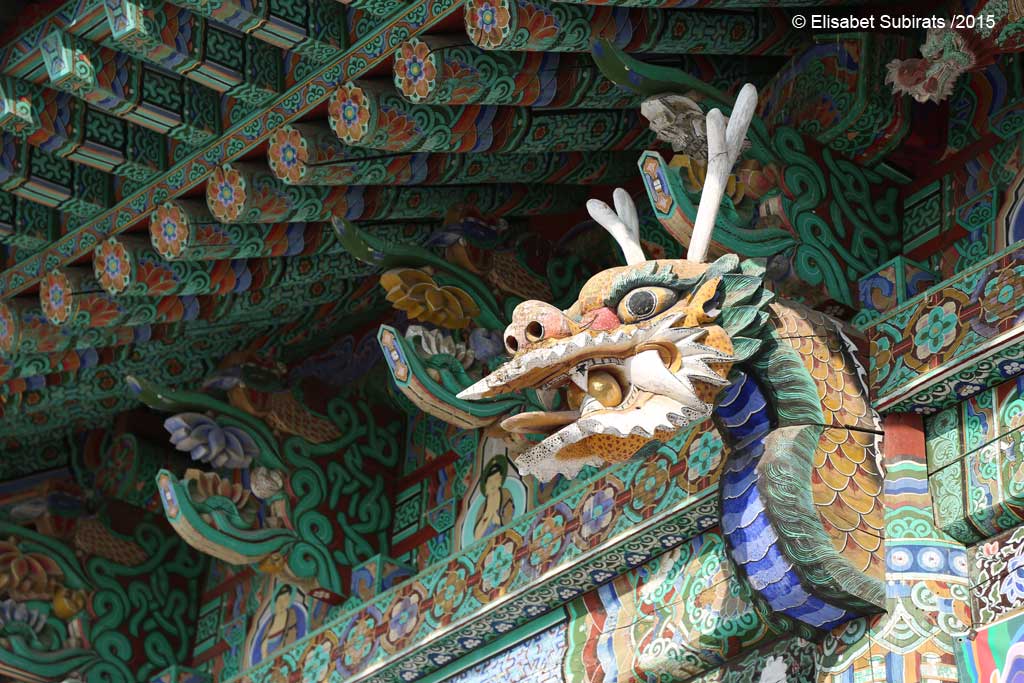 The tour ended with a short visit to Incheon Landing Operation Memorial Hall, built to commemorate the Landing Operation at Wolmi Island launched by General Mac Arthur during the Korean War. The memorial also has two small museums which we did not have time to visit. From the top of the monument there are usually nice views of the city but that day a thick fog covered everything (actually the guide told us that it was not fog but smog coming from China) so no views of Incheon. On the way back to the airport we got some strange Korean cookies from our guide and we promised her that we would come back, with more time to discover Korea properly. 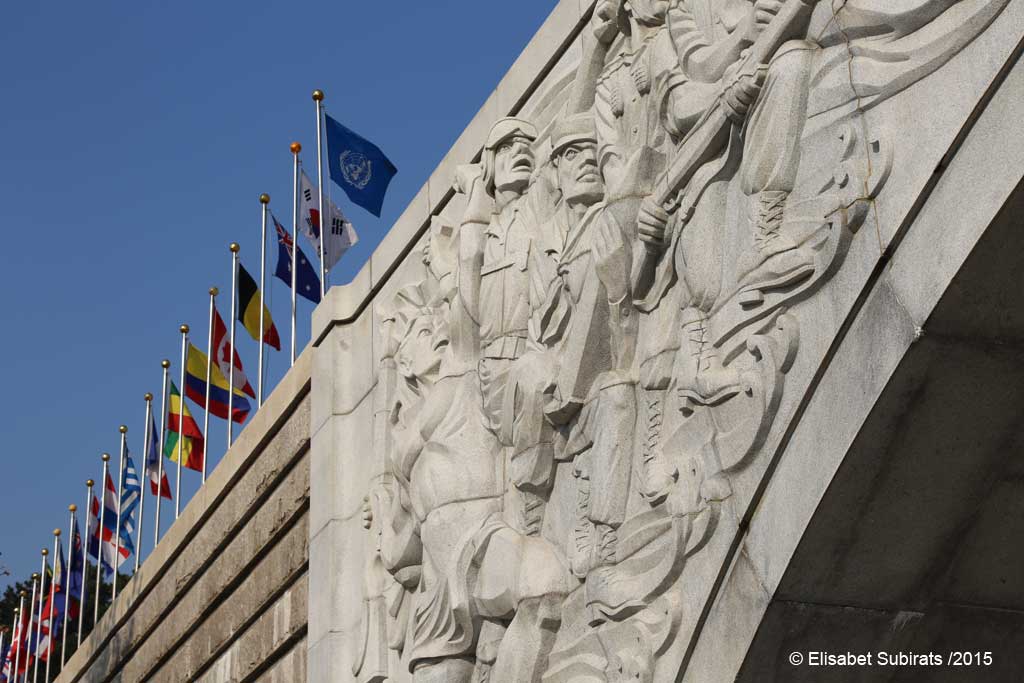 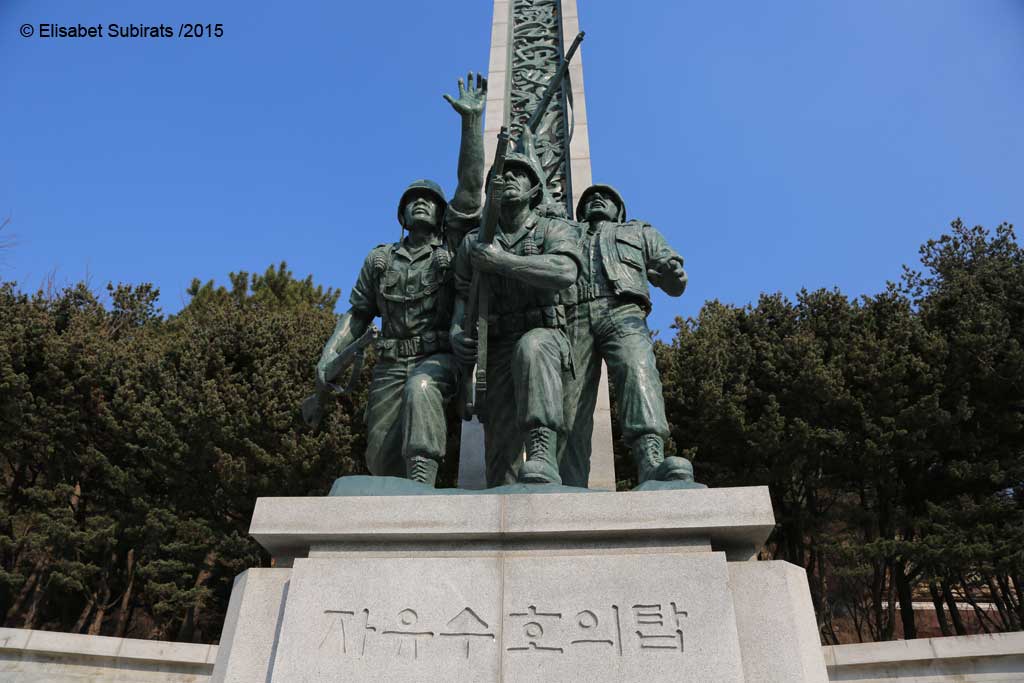 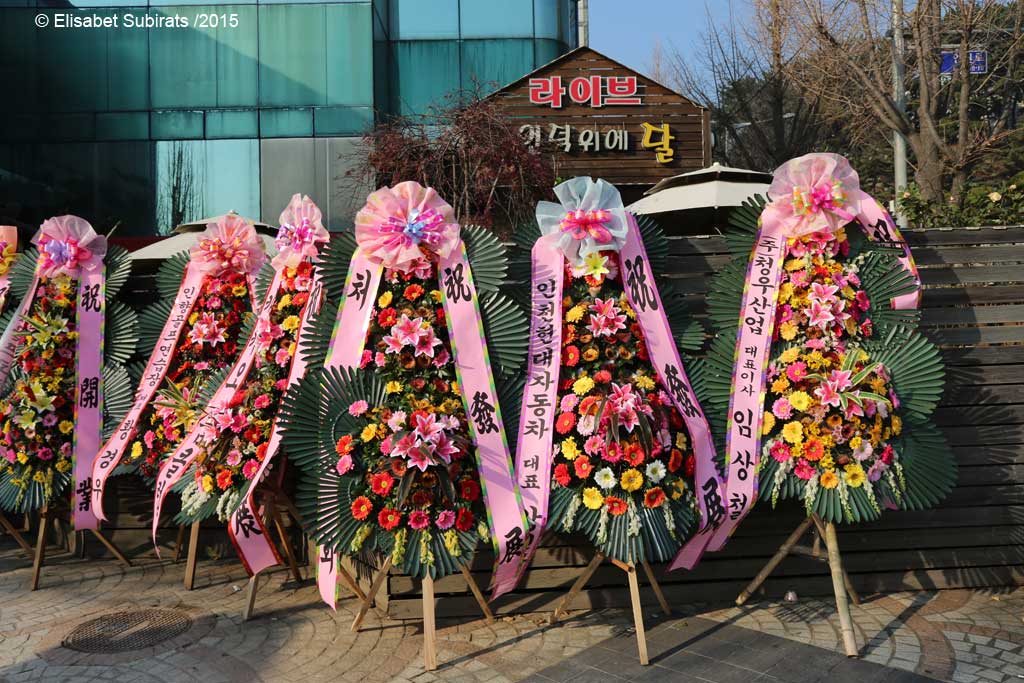 Incheon Airport also proposes tours to visit Seoul but the city is a little bit far (40 minutes drive) so if there are traffic jams the time left for visiting is very short. On my way back to Paris, I tried to join the 5 hours “Seoul City Tour” but I was not accepted because the end of the tour was only 40 minutes before my next flight 🙁 Next time!

I found a nice link about Seoul Airport, why it is the best airport of the World. If you need to do a stop over next time you travel to Asia, think about Seoul 😉

Another interesting link, this time about airports, for my collection : http://www.sleepinginairports.net/2015/best-airports-world.htm

Permanent link to this article: http://holaworld.fr/some-hours-in-incheon/