A stroll around Prague

Our trip to Georgia and Armenia started at Prague, where we had a long stop over. That allowed us to go out of the airport and spend the day visiting one of the most beautiful cities in Europe.

I had spent one week in Prague many years ago, in 1997. It was a trip organised through the University during the school holidays, in February. Prague was so cold in February that my mates and I spent most of the time in local taverns trying to warm up with beer and becherovka. This time it was August and the only thing that I wanted to do is to enjoy the streets of Prague, its bohemian atmosphere and its architecture. 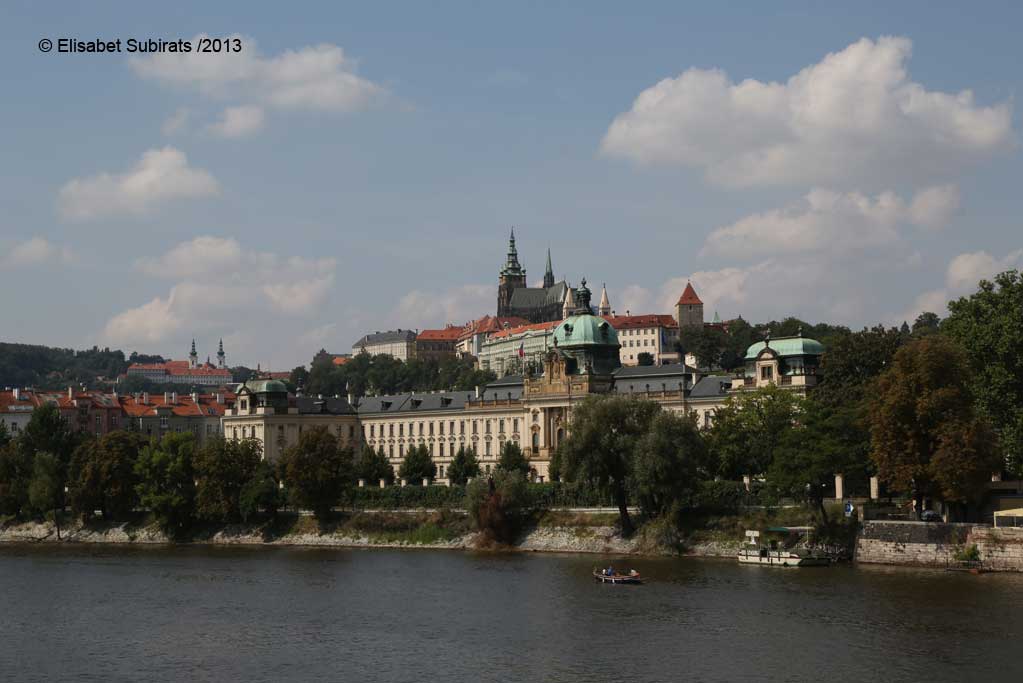 It was a beautiful day. The weather was hot and the sky was super blue, with no clouds. We walked through the historic part of the city, stopping every five minutes to take some pictures. The main sights like Charles Bridge or the Clock at the Town Hall Square where very crowded with tourists, it was much more pleasant to get lost in the secondary streets, with colorful houses. 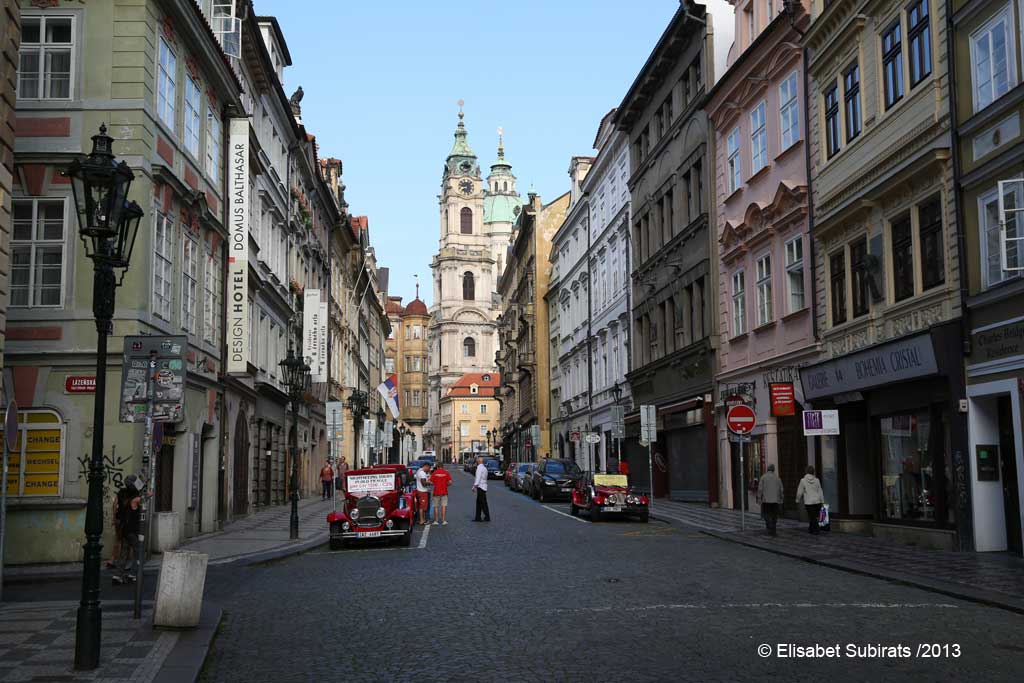 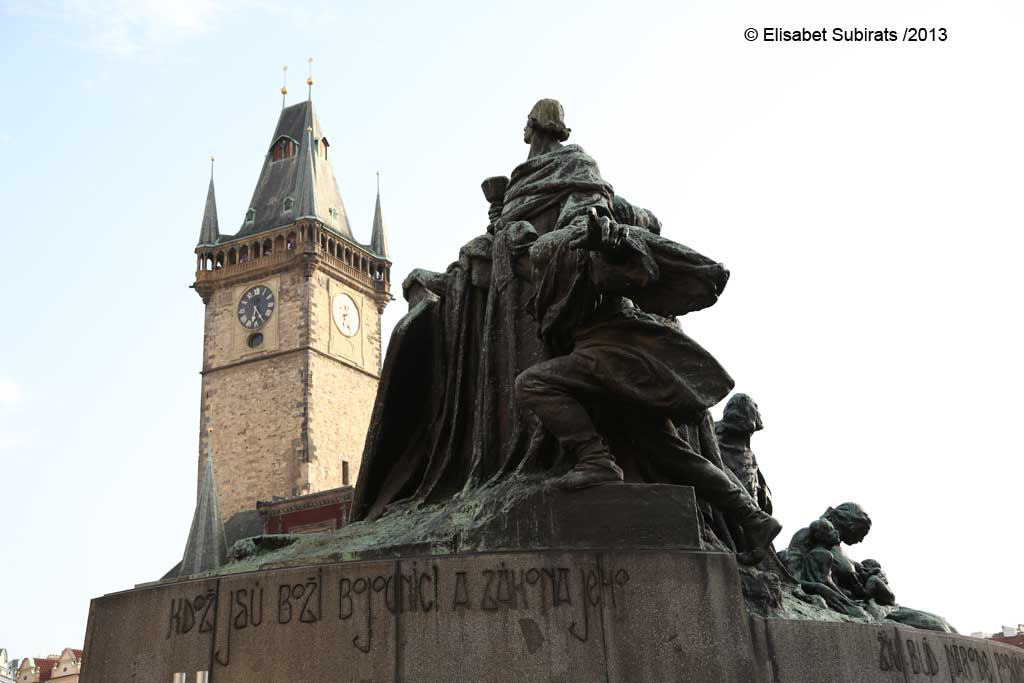 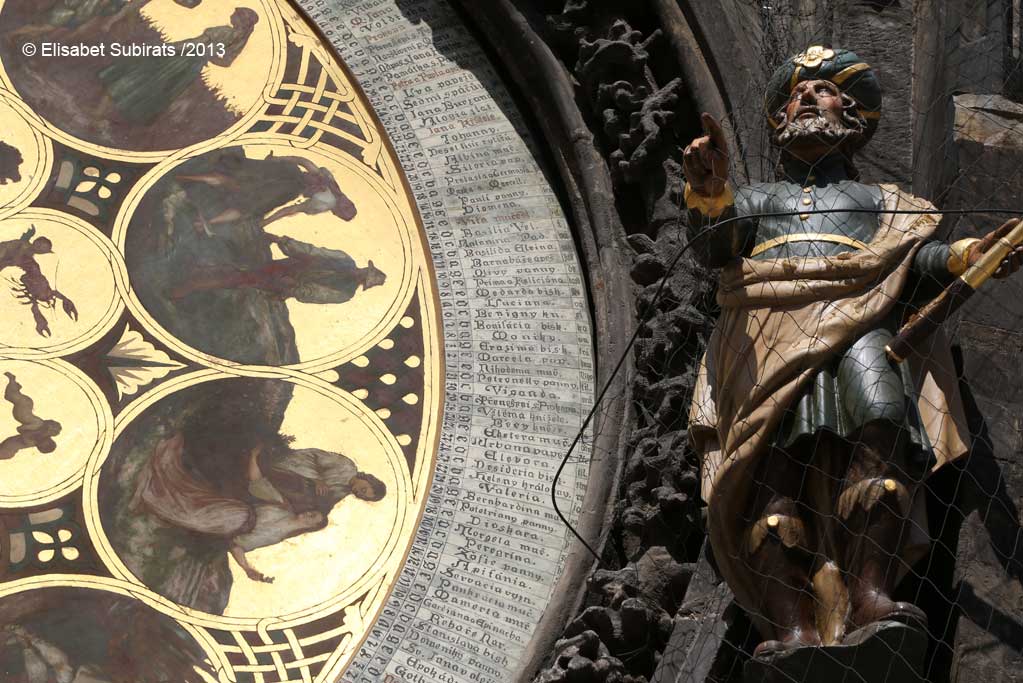 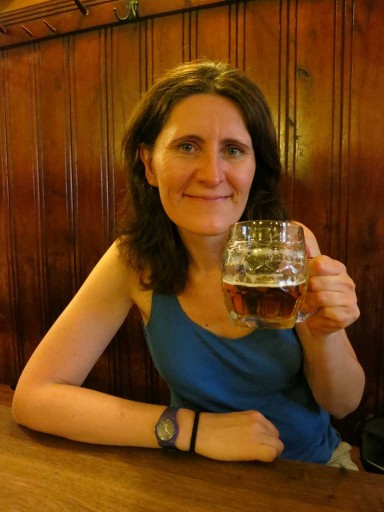 Less crowded and more enjoyable was my favorite tavern, The Golden Tiger, where we stopped for some beers or “pivo”.

In this tavern there was only one kind of beer, the light one or “svetlé”, so there was no need to order: you had your beer as soon as you got a seat and this beer was replaced by another as soon as the first one was finished. The public was a mix of locals and tourists and there was a cheerful atmosphere.

On our way back to Paris we landed at Prague again. It was very early in the morning so we could reach Charles Bridge by 8 am. With no tourists at all, photographing Prague was a real pleasure! 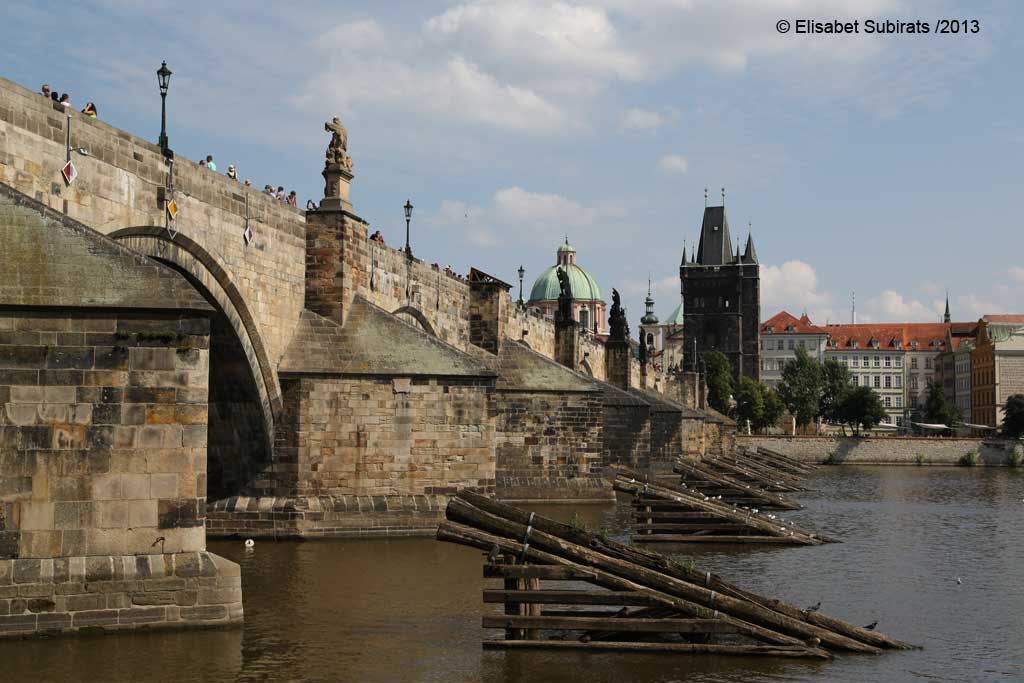 When tourists arrived our job was done and we headed to Prague Castle (hrad) and St. Vitus Cathedral (inside the castle’s walls) for a cultural visit. Founded during IXth century by princes Premysl and enlarged later by the following kings, it is famous for its “Golden Lane”.  This Golden Lane was built during the XVIth century for the elite snipers and was occupied later by craftsmen, goldsmiths and herbalists. 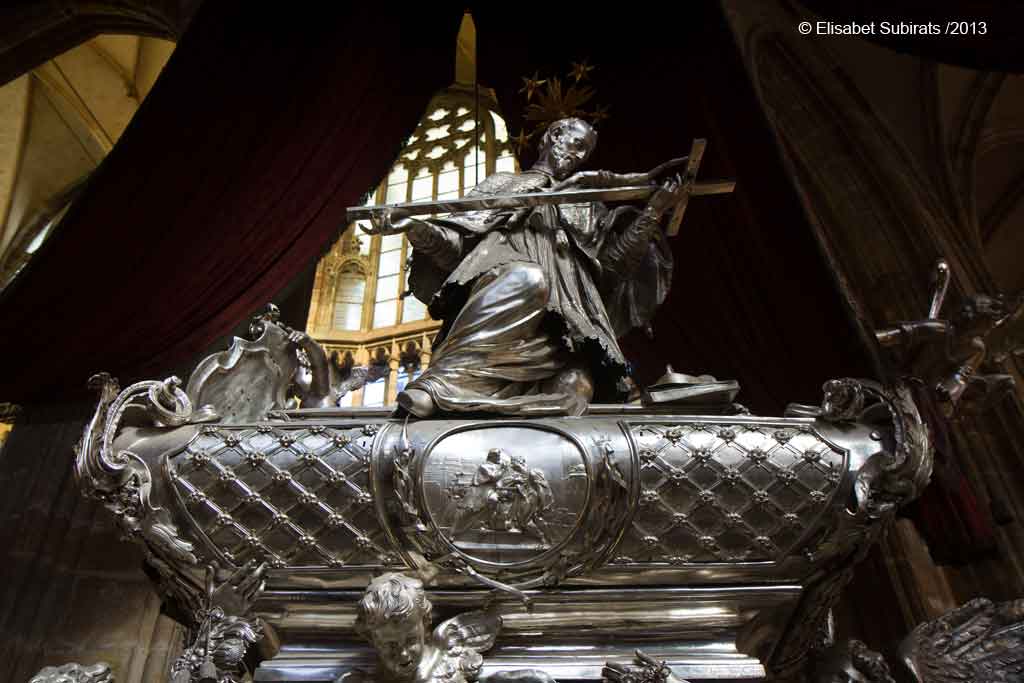 Permanent link to this article: http://holaworld.fr/stroll-around-prague/