The day I decided to go down (at Nusa Lembongan)

I did not like Bali. In my opinion, this island is a tourist trap so it is difficult for me to write about something that I did not like. Coming from Java, the decoration changed dramatically in Bali : another religion, different architecture and costumes and lush vegetation. Houses are richly decorated with protecting Gods and semi Gods and during all the day temples are busy with locals coming and going for praying. Women’s scarfs are replaced by sarongs and there are colorful offerings everywhere, especially at the entrance of houses and shops. 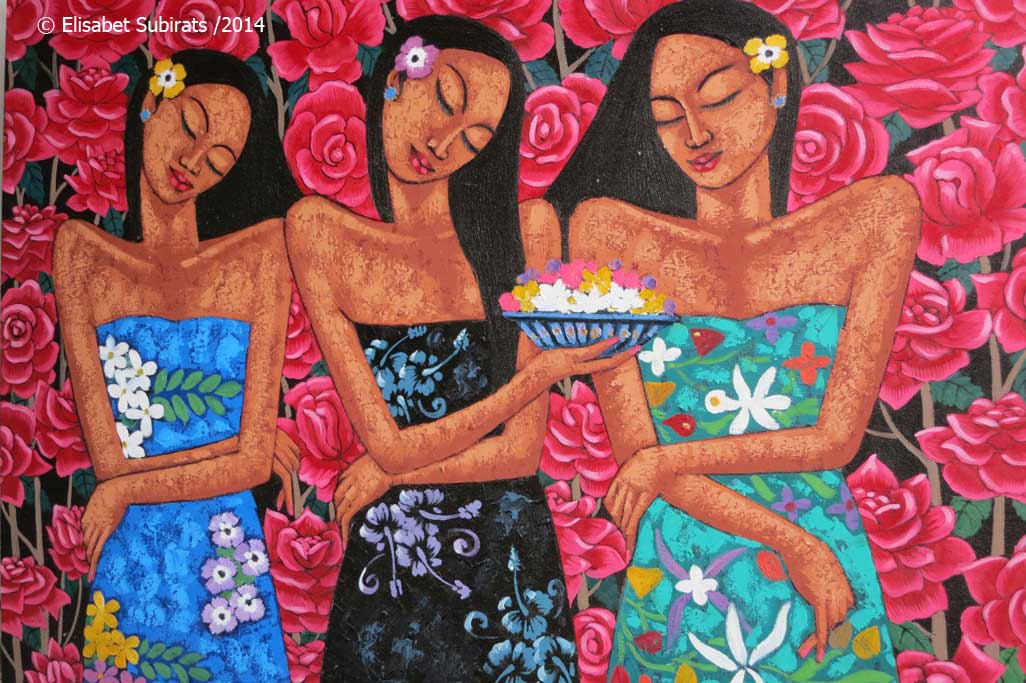 I spent most of the time in Ubud, the cultural heart of Bali. I also did some day /two day trips around but at the end I decided that Ubud was the less worst place to stay in Bali, that’s why Ubud became my base camp. Ubud tourism focuses on culture, yoga and nature but the city is also full of restaurants, spas, souvenirs and pushy taxi drivers. The main sight of Ubud is the Ubud Palace, home of the last king in Ubud. Today its courtyard is used for some performances accompanied by the sound of gamelan (traditional orchestra). Ubud’s main temple is almost always closed and I did not feel like being surrounded by hungry monkeys at Monkey’s Forest. 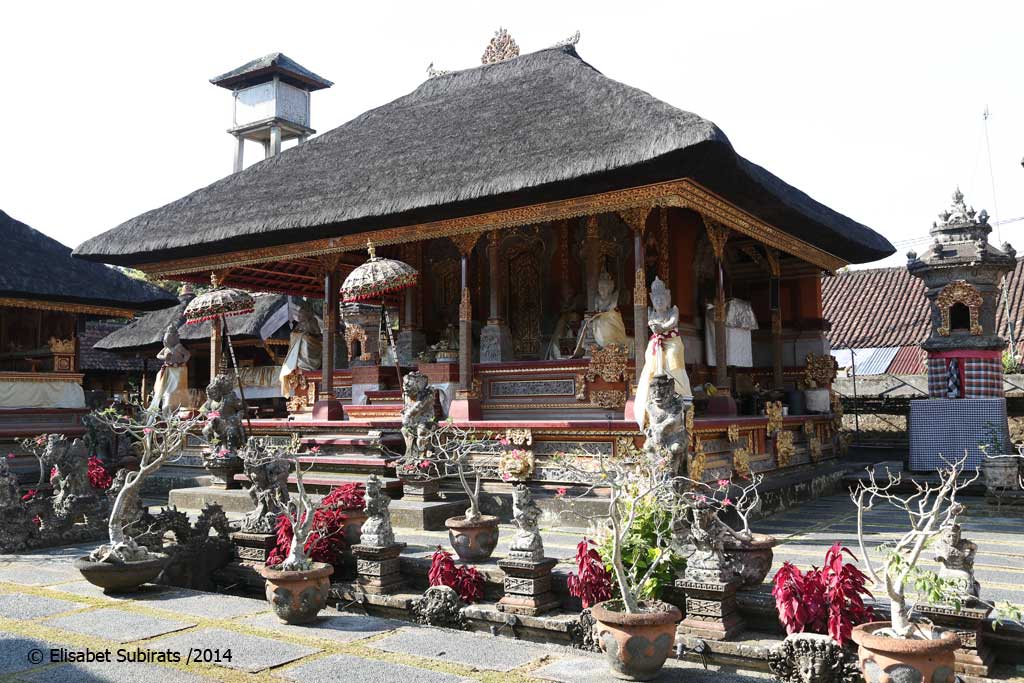 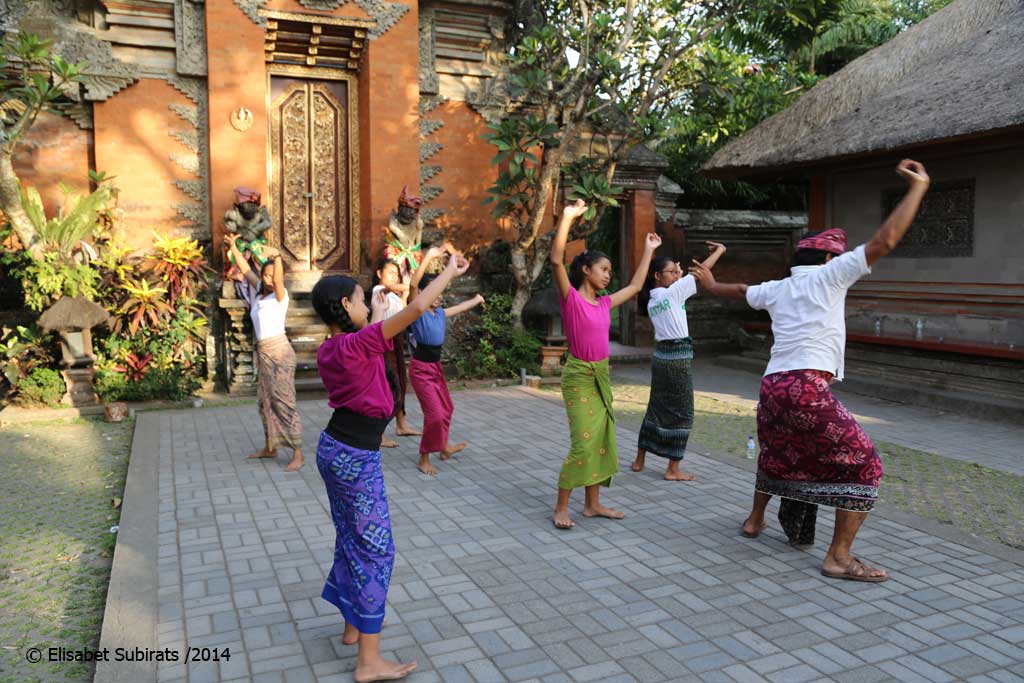 On the paper, there are many interesting sights around like Goa Gajah (Elephant Cave Temple), Besakih Temple (the most sacred temple in Bali) on the foot of Gunung Agung and Tampak Siring (the Holy Spring Temple) but they are very close to the city and any of them deserves more than an hour visit so you can visit them all in one day with an organized tour. 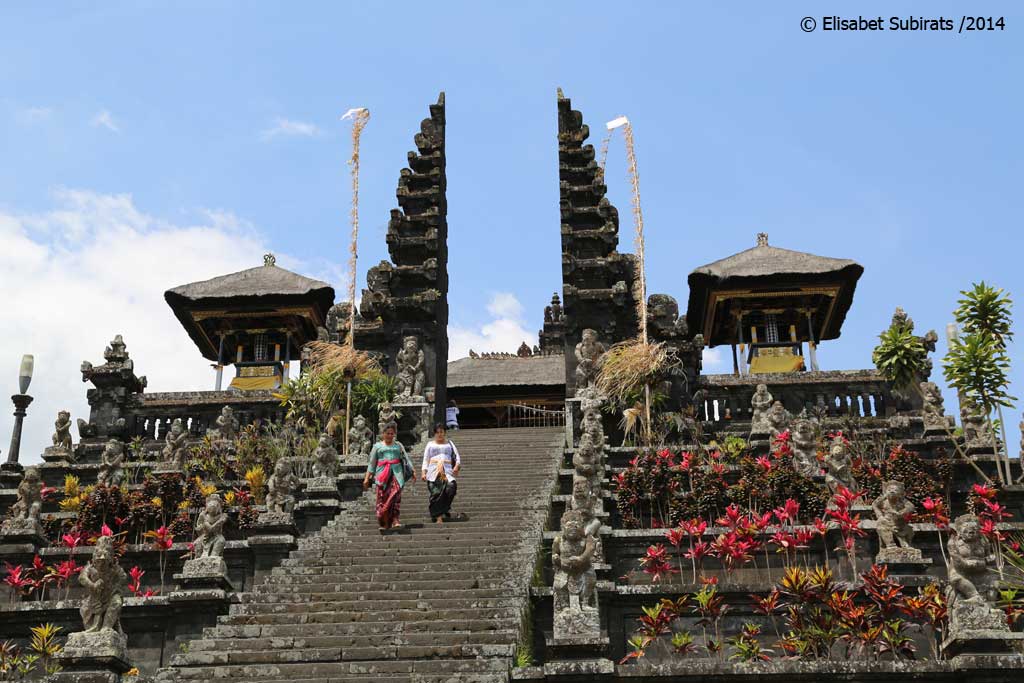 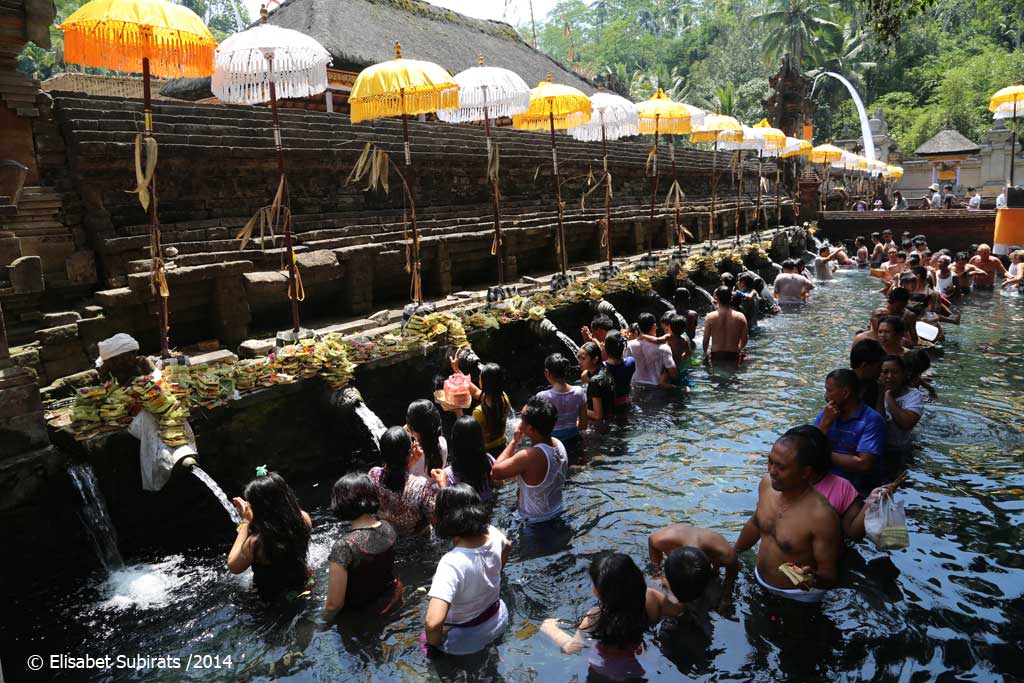 Again, during a short visit to a coffee plantation they tried to make me taste Kopi Luwak, one of the most expensive coffees in the world (40$ /kg) made with the seeds of coffee berries once they have been eaten and defecated by a civet but I don’t want to drink others’ excrement! 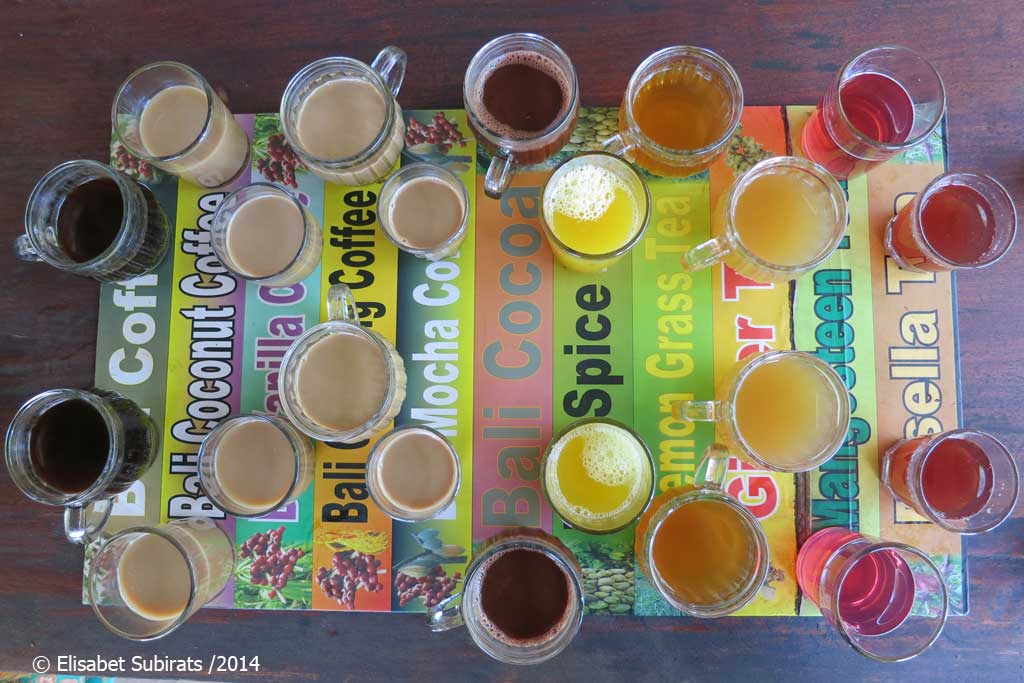 Ubud’s rice terraces are also famous and I visited few of them but coming from the amazing rice fields in Guangxi (China) I found these ones so so, lol 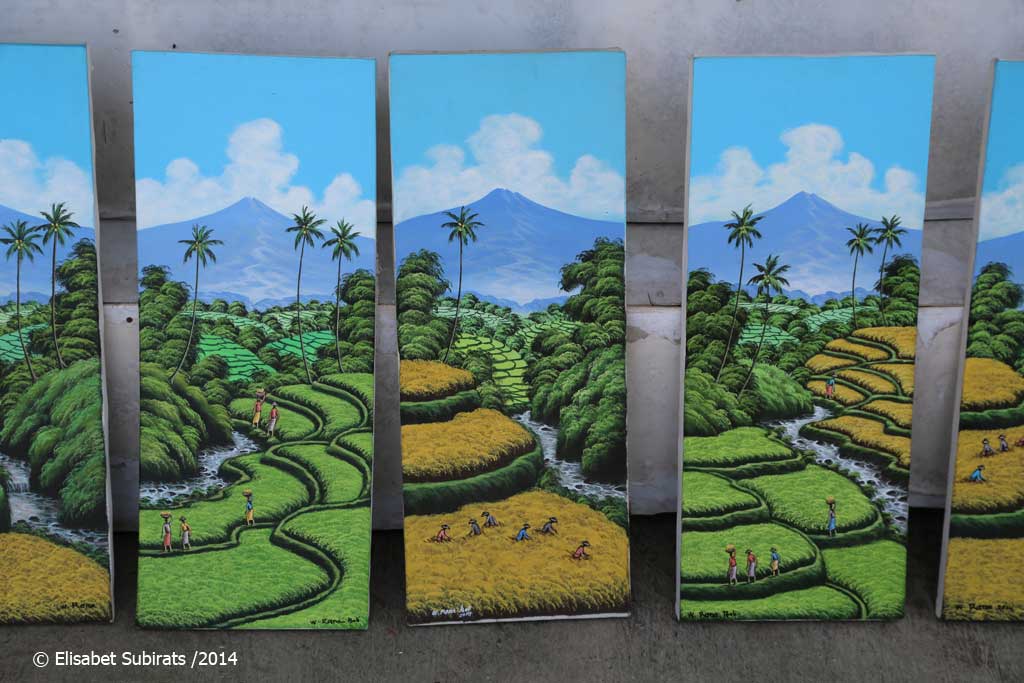 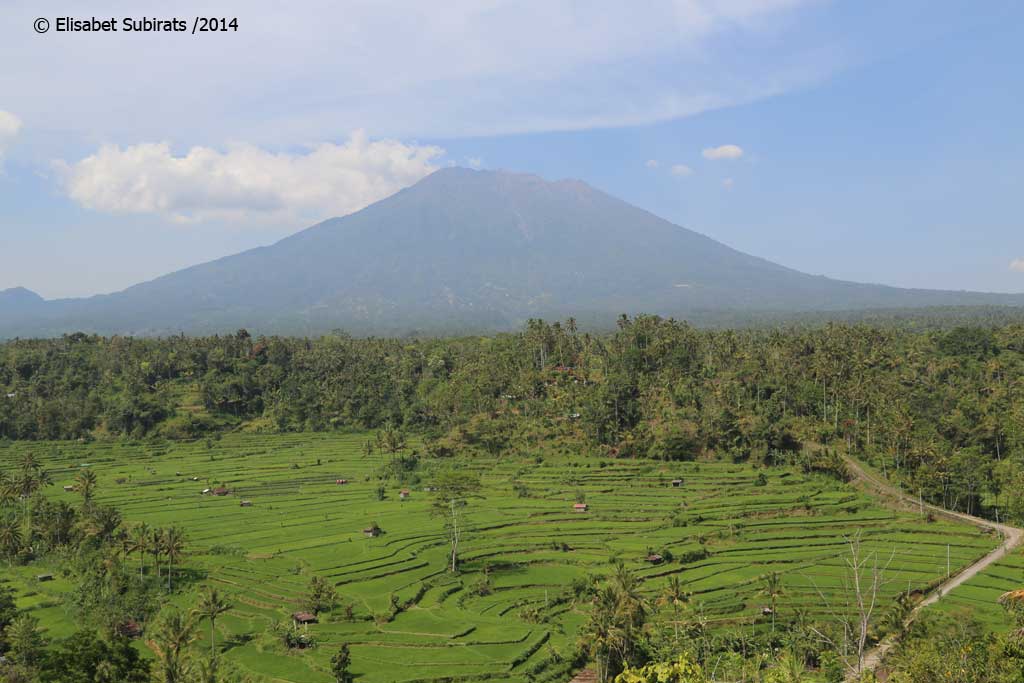 At night there are some performances in the city, the most popular shows are Legong Dance and Kekak Fire and Trance Dance. Legong Dance did not appeal to me and I had the feeling that Kekak was a kind of tourist trap (virtually everybody tried to sell me Fire Dance tickets on the street) so at the end I chose the Topeng Dance (masks dance) show. My only criteria was a beautiful picture on the Lonely Planet guidebook . . why not?!

This show is performed only once a week at Arma Museum and we were only 5 spectators so first row for everybody! I really liked the dance mask, especially the solos performed by white mask dancers: fascinating movements, sometimes intriguing, aesthetically fantastic. 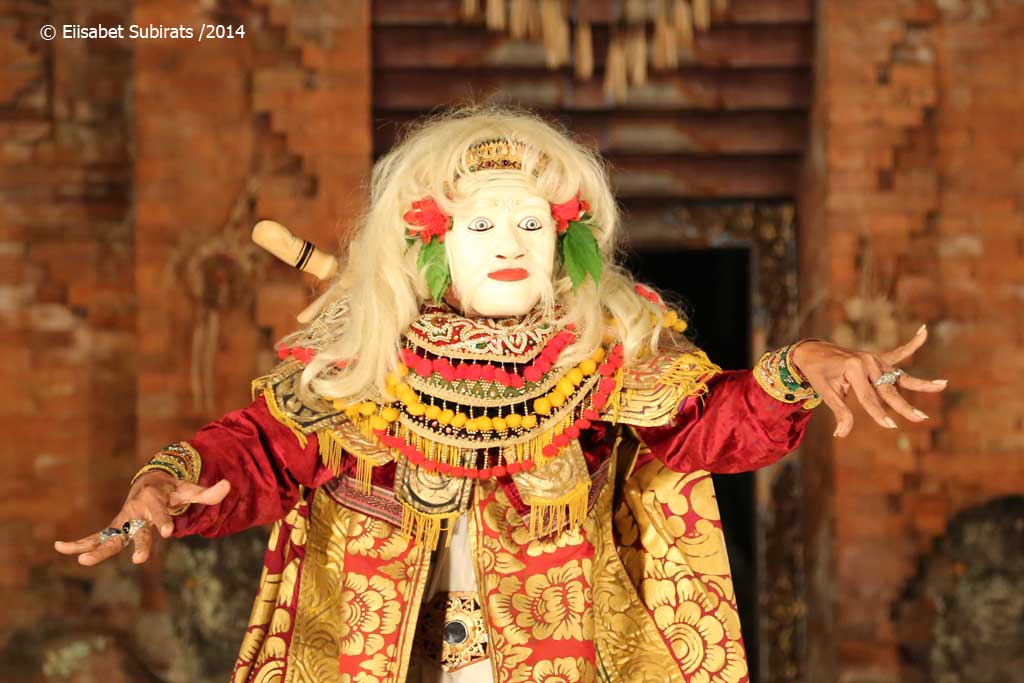 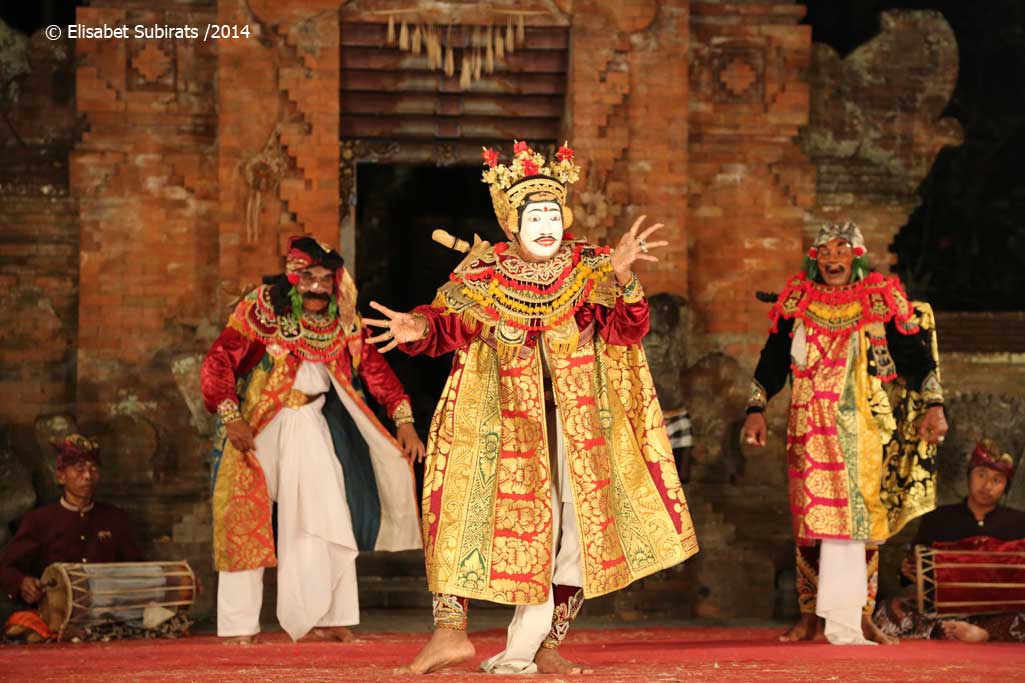 At the end of the show I had a short chat with one of the other 4 spectators: a man on his sixties, he must have spent a lot of his time during the last 30 years doing dance and gamelan courses and he was as enthusiastic as me about that show. He suggested me to look for dances performed in temples because “here they dance for the tourists but in the temples they dance for the gods”.

Permanent link to this article: http://holaworld.fr/stuck-in-bali/