Sur is a nice town on the eastern coast of Oman. This is a town of craftsmen and boat builders and its famous dhows (traditional vessels) sailed the seven seas for many centuries. We arrived to Sur by taxi (the only bus going to Sur left at 6.30am) at noon and it was terribly hot so we decided to stay at the hotel for a while. From Sur we wanted to arrange a night in a desert camp but Christmas was coming and, even if they don’t care (they are Muslims), prices were more expensive than usual and they proposed me the only “pachá tent” left for 80 dollars per person. WTF. No deal with me, we decided to shorten our Sur trip to only two days and we only booked a turtle watching excursion for that night.

After a nap, we went out to explore the town and take some pictures. Sur is a nice and quiet town, with its white mosque, the omnipresent Portuguese forts and some dhows here and there. The sea had a beautiful emerald color. We visited the famous dhow yards, which must have been a very busy place during its golden days but now were a little bit abandoned. That afternoon there were only few workers repairing a tired dhow. 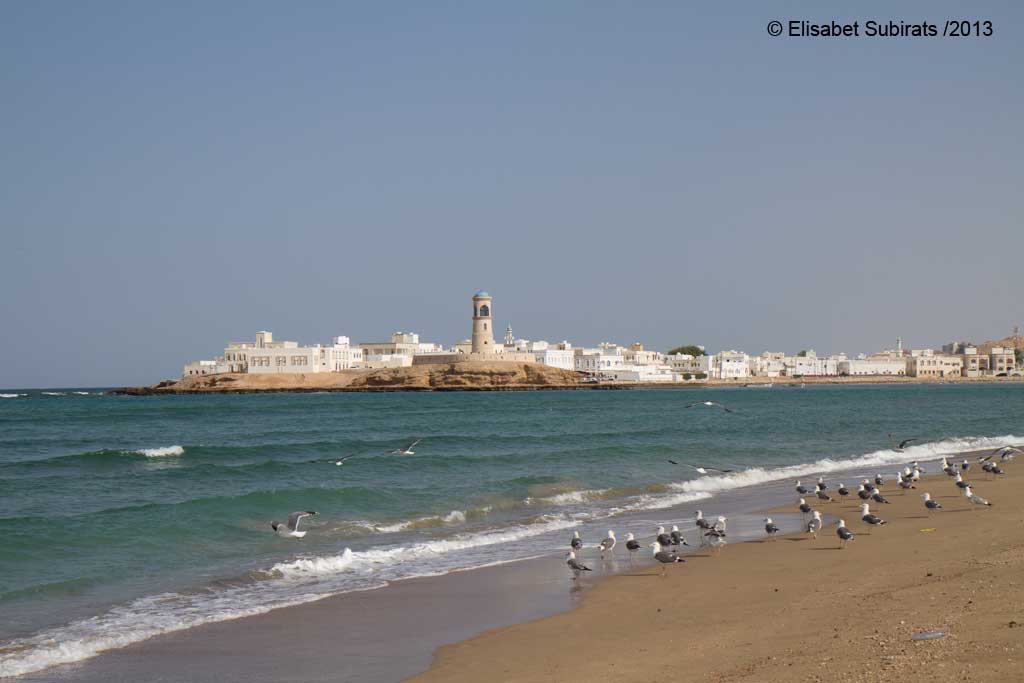 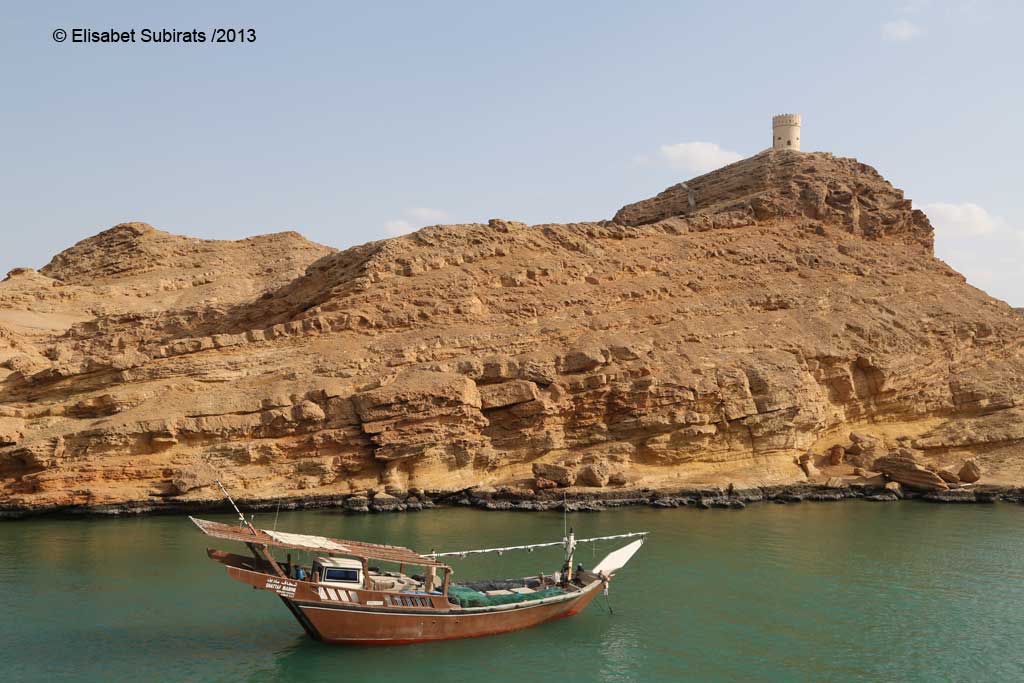 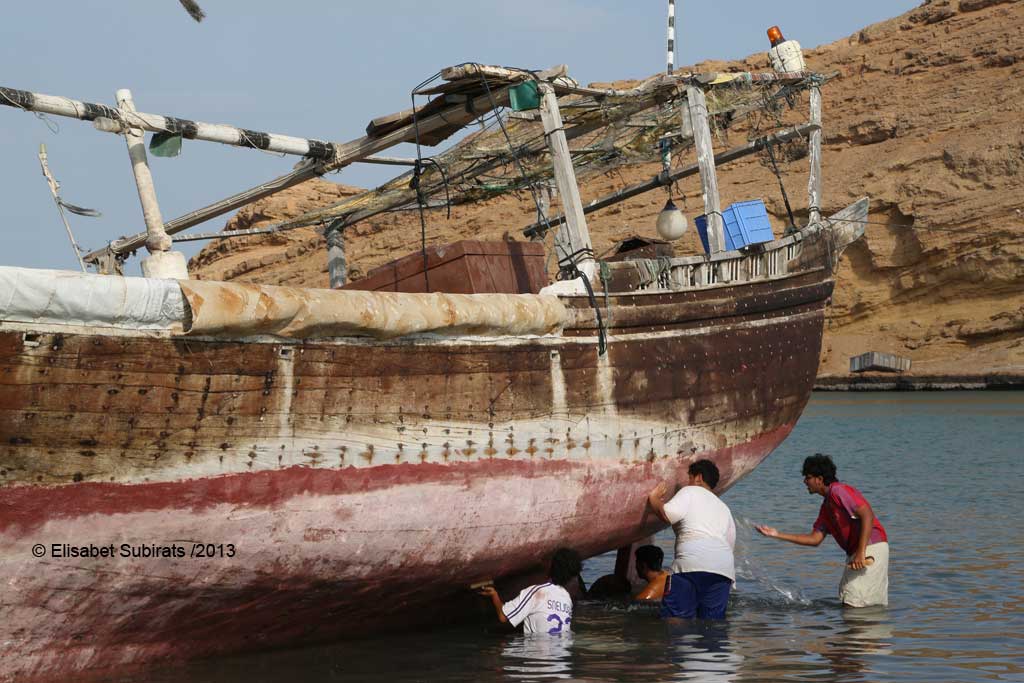 At 8pm our driver came to pick us up for our night trip to Ras-al-Jinz Turtle Reserve. This is the easternmost point of the Arabian Peninsula and an important turtle-nesting site. That was not the best time for spotting turtles (much better from September to November) but we hoped to be lucky enough to see one turtle or two 🙂

Turtles do not approach the beach during the day so people must join a guided night tour. Before leaving to the beach, the guide gave the group some basic rules for turtle watching. He also explained us something about turtles and turtle-nesting. We were all very excited and left the visitor center to the beach with our headlamps.

Turtles are huge! We spotted one who was covering her nest. We stayed at her back with our lights off in order not to stress or scare her. Pictures were not allowed. 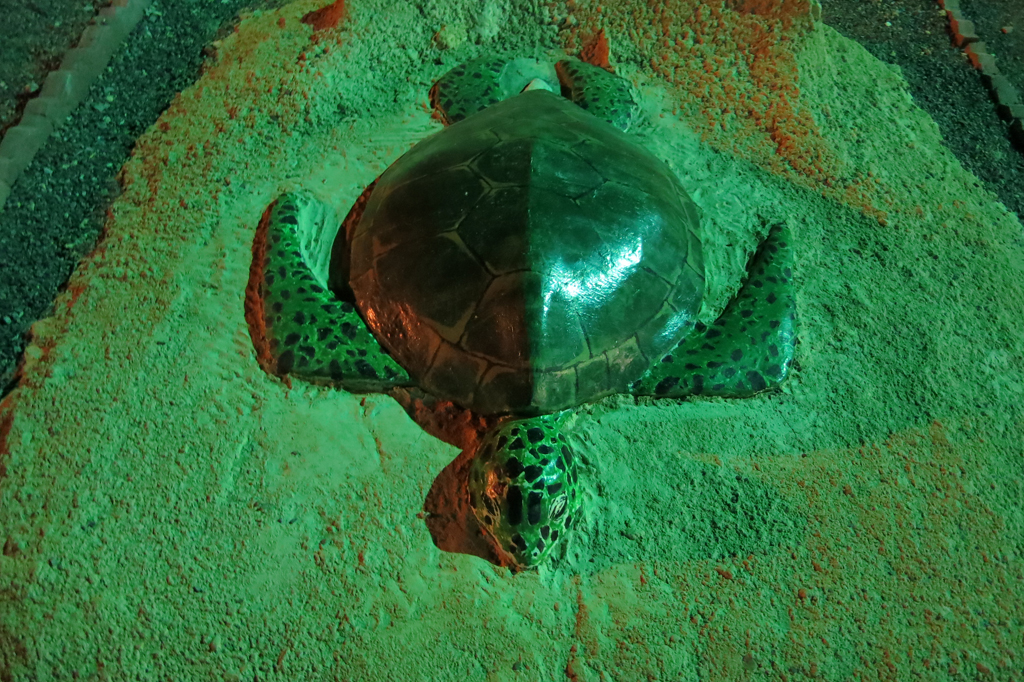 It was sooo moving to see this turtle protecting her nest. Later we saw another turtle and we also helped a baby turtle finding his way to the sea. Although each nest has 30-40 eggs only few baby turtles survive. This is because of some predators in the area who like eating turtles. Also, the lights of the houses close to the beach confuse baby turtles who think that the sea is on the opposite way (good for predators). This time the baby turtle was lucky because our guide showed him the good way to the sea with his lamp :-). It was fantastic. After this beautiful experience, tired but happy, we fell asleep on the car on the way back to the hotel. This turtle watching excursion was one of the highlights of my Oman trip!

Permanent link to this article: http://holaworld.fr/sur-dhows-and-turtles/