The Camelot of Africa

After Lalibela, my Ethiopian journey took me North to Gondar, in the Ahmara Region. In 1636 This small and secondary village was chosen by King Fasiladas to build his Empire. He converted Gonder in a beautiful and wealthy city with several imposing castles and forty four churches. His successors went on with the construction of the royal enclosure (Fasil Ghebi) and beautiful gardens, banquet halls and libraries were added during the following years. Fasil Ghebi is the most important example of a unique architectural style called “Gonder Style”: a mix of Arabic style with Baroque influences brought by Portuguese missionaries using Indian construction techniques brought by masons from Goa. 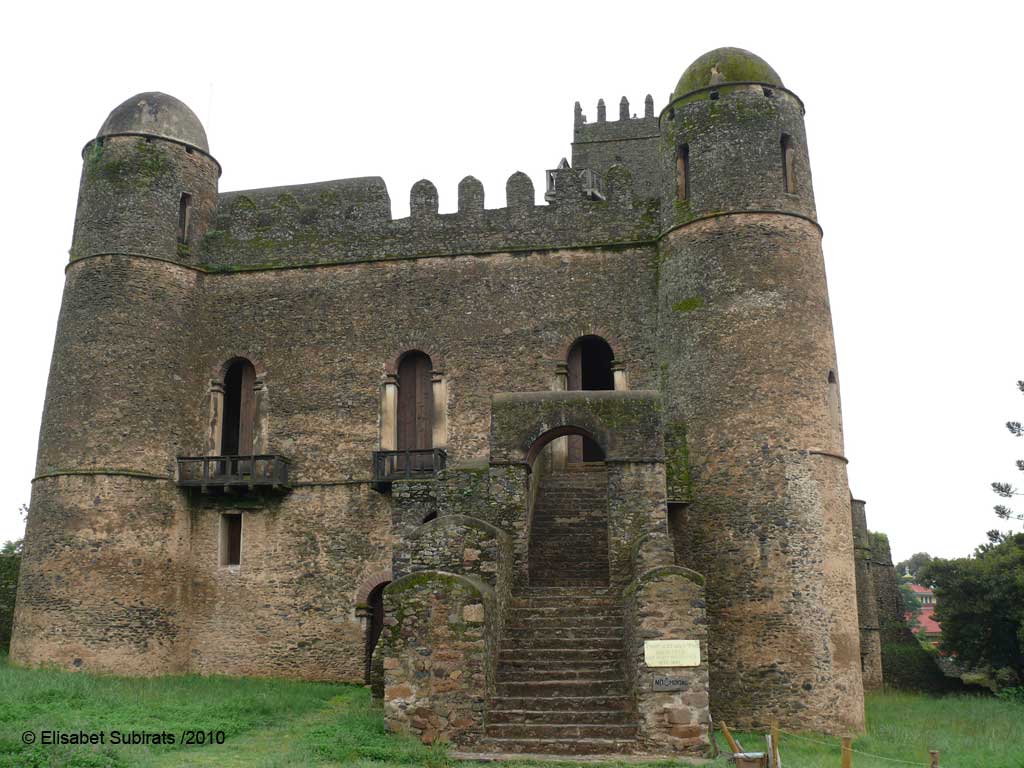 This style will mark the architecture of the city in the XVIIth century and visitor will find massive constructions with egg-domed towers everywhere. The result looks a piece of Medieval Europe moved to Ethiopia and locals name Gondar « the Camelot of Africa ». Again Gondar was a place completely different from what I had seen in Ethiopia during the previous day, I loved it ! 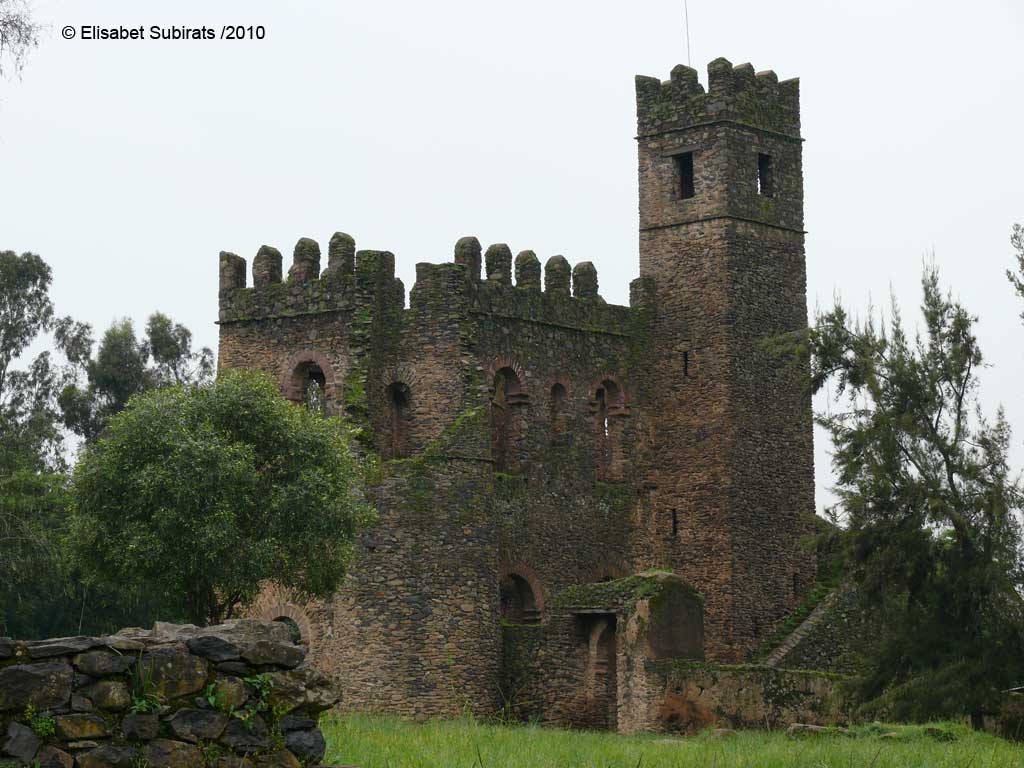 Another construction not to miss in Gondar is Debre Birhan Selassie Church, a real hidden wonder. Built at the end of the XVIIIth century on the top of a hill, it is famous for its stunning pictures that decorate the inside walls. Like all the buildings that I visited in Gonder, this church is surrounded by an enclosure with several towers covered with egg-shaped domes. In this case the number of towers is 12 symbolizing the 12 apostles. The 13th tower, the biggest one, represents Christ and it is used as entrance gate. 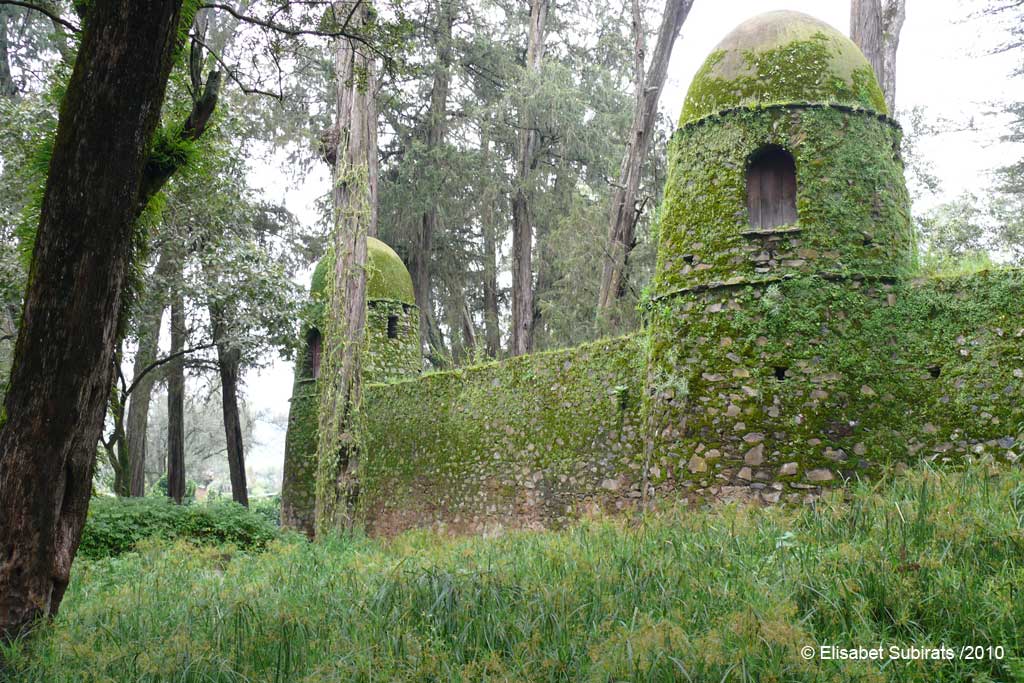 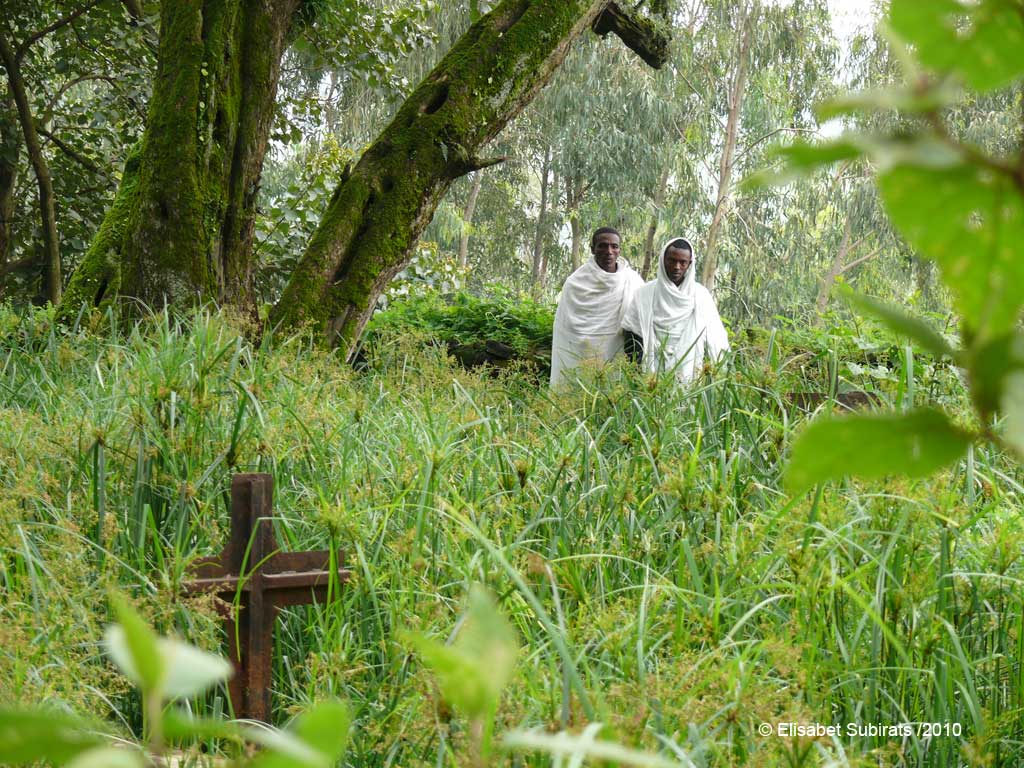 The church corresponds to a basilica type –which is very common in the north of the country- with a quadrangular plan lined up direction west-east. It is surrounded by a beautiful veranda and has doors on three sides: west, north and south while the east side is sacred and closed. People enter to the church from the main door in the west side (the darkness) and move forward to the sancta sanctorum in the east (the light) where the tabot is kept but only opened to clergy. 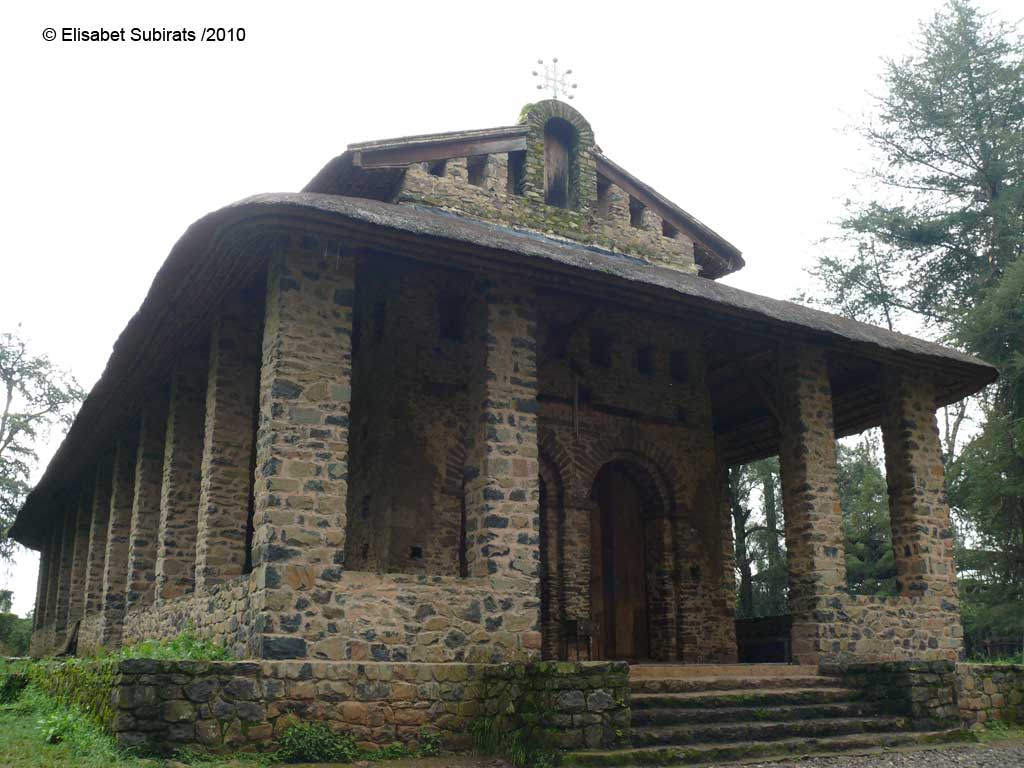 Inside, the main wall shows the Trinity -always represented by three old bearded man- surrounded by the symbols of the apostles. Above, the scene of the crucifixion and king Egwala Seyon at the foot of the cross. Other remarkable paintings are the knights- saints, Christ’s life on the north wall and an enchained devil on the south. But the most famous paintings in this church are the uncountable winged cherubs that invade the wooden roof looking at the four directions with their almond eyes. I didn’t try to count them! 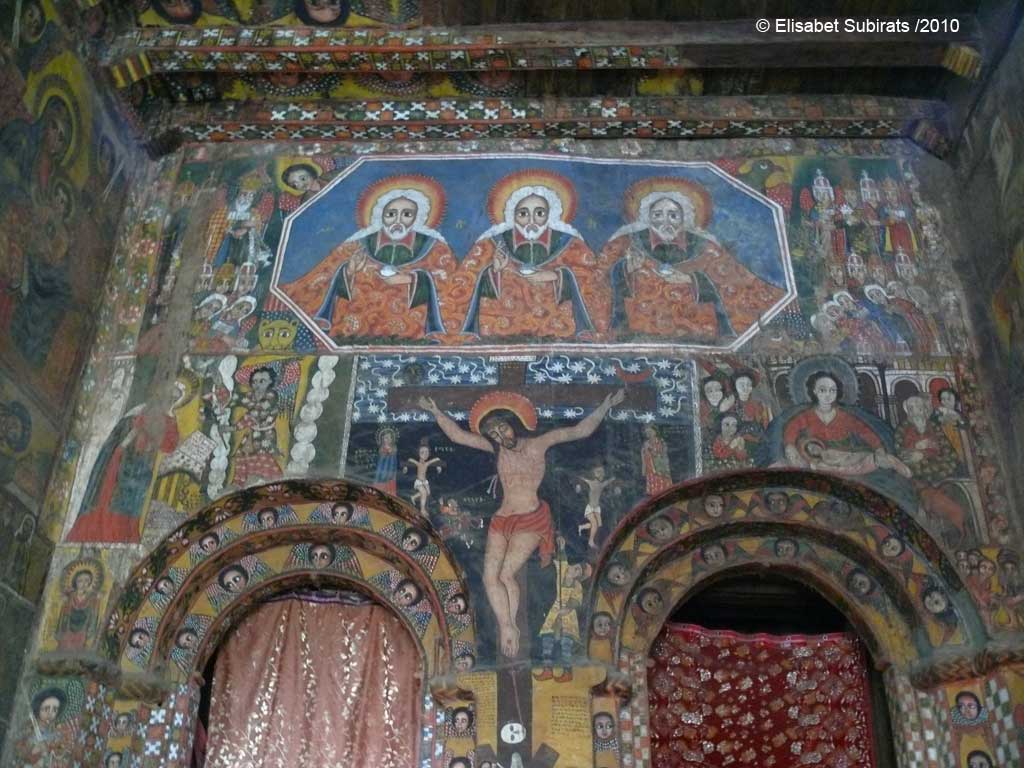 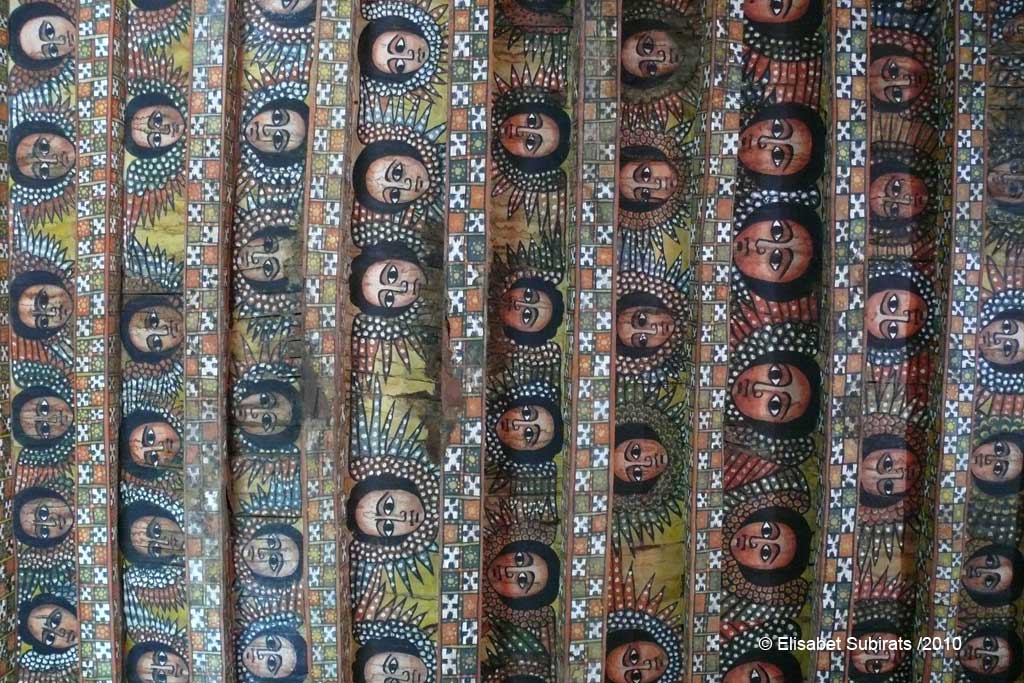 Permanent link to this article: http://holaworld.fr/the-camelot-of-africa/