Trekking in Luang Namtha (part one)

The day started with a super breakfast cooked by our guide. When we finished, the visits arrived again: they opened the door without knocking or asking permission, came in, stared there observing and then they left. They were very curious about my walking pole which magically became longer or shorter, lol 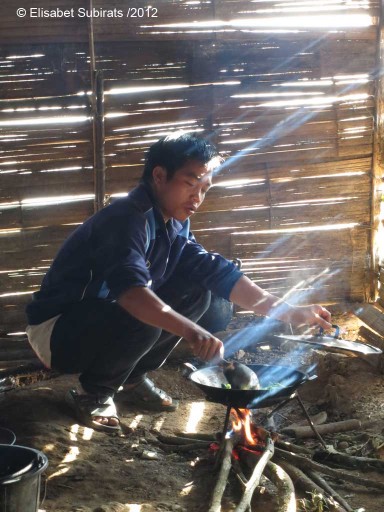 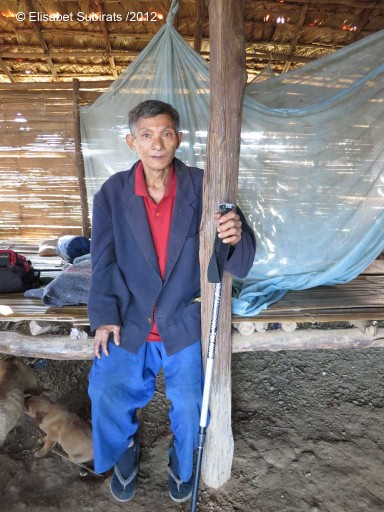 We left the village with the company of a local who escorted us deep in the forest until the boundary of the village. He was not allowed to walk further because after the boundary, the land was property of another tribe. How could they know? There was no sign or mark!

On the second day, the walk was more interesting, with many different landscapes: mountains, open spaces, rice fields and bamboo forests! I love bamboo forests . . .…. 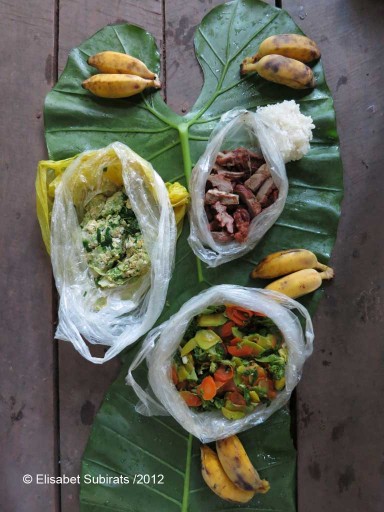 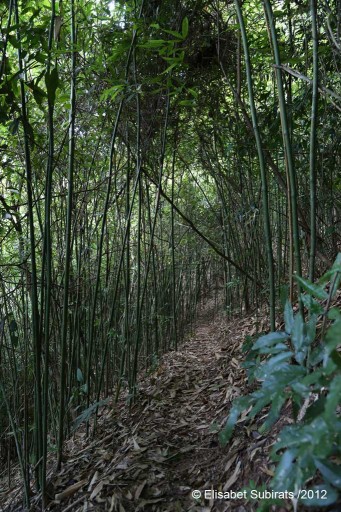 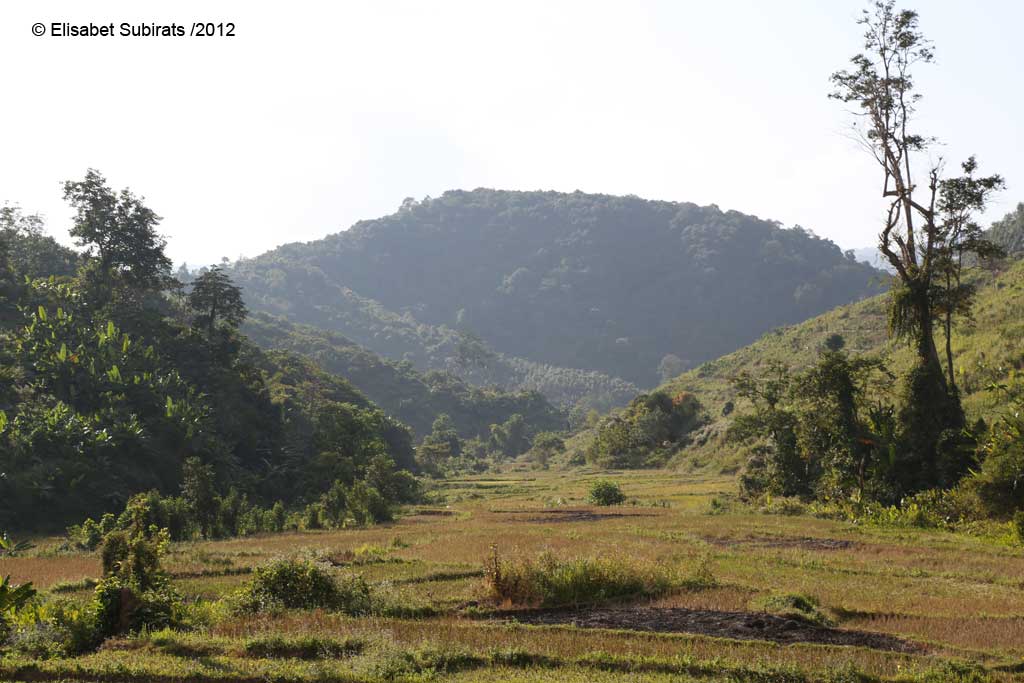 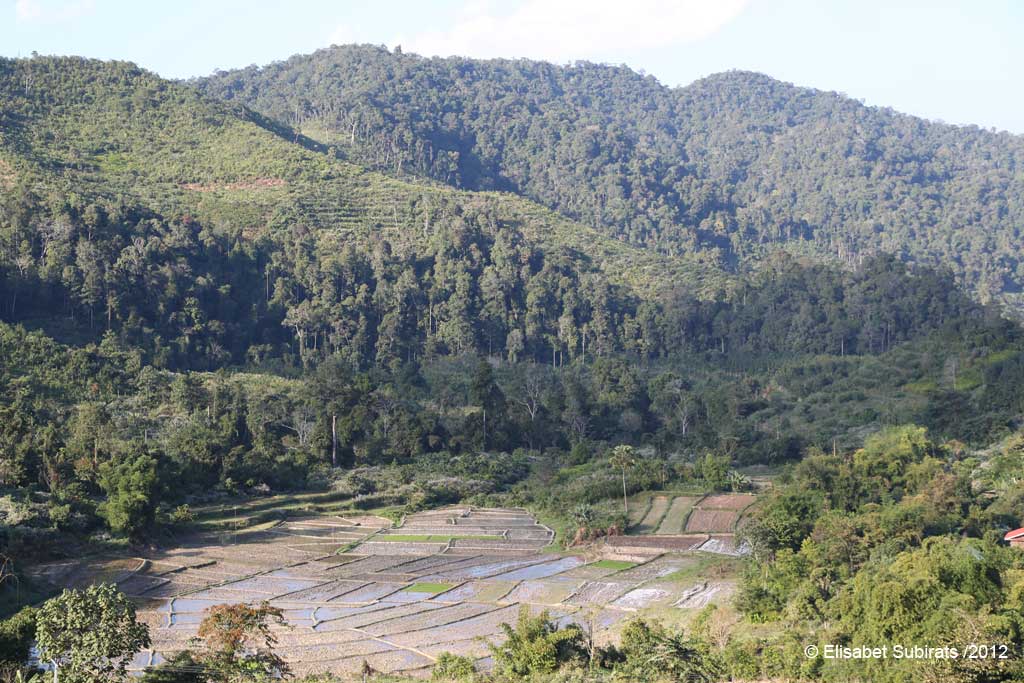 We arrived back to the guesthouse early in the afternoon and, after a well-deserved shower, I decided to check-up my finger in the town hospital. It was still very swollen and I did not want to have anything infected in Laos!

The hospital was a small and old structure. Just on the left side of the entrance there was a “Resurrection Room”. Hummm, that did not sound good . . . Inside, there was a receptionist and a man who was killing time there, chatting with the receptionist. The receptionist indicated us with signs to sit and wait because the doctor was taking care (or resuscitating?) of somebody in the Resurrection Room. When the doctor showed up, I knew immediately by his face that he did not speak a word of English . . .

What could I do to explain him what happened to mi finger? Play Pictionary! 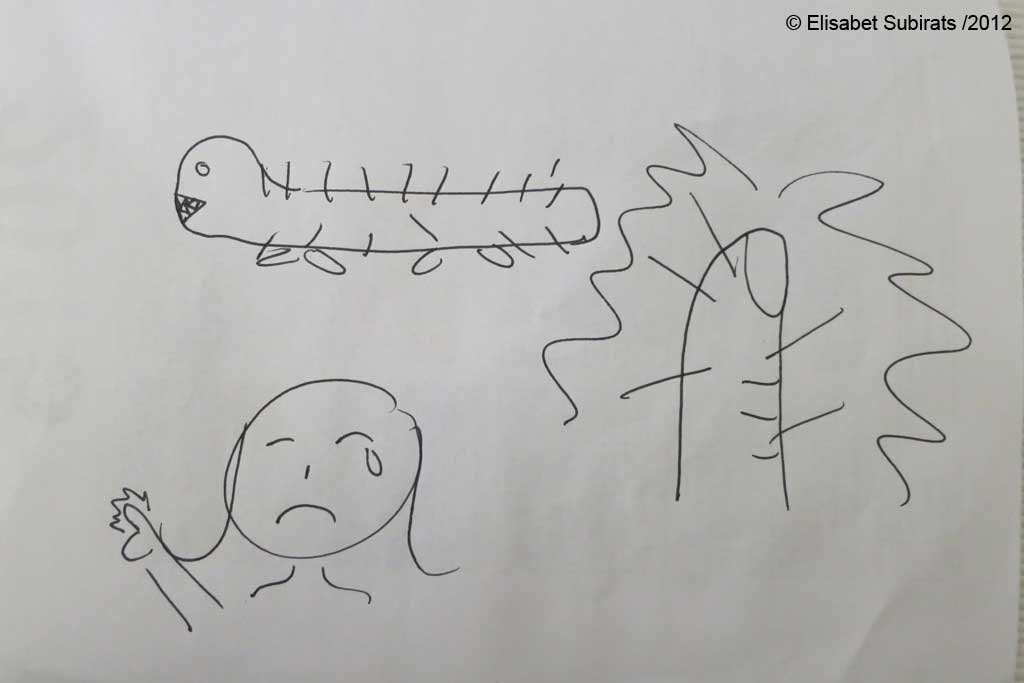 It was so funny! The three of them were there, trying to guess what happened to me and what that terrible beast was while I complemented my drawing with some gestures and sounds. At the end, the winner of the night was the man who was there killing time and it was also him who “prescribed” me what to do to heal my finger in one–two days. Yay!

Permanent link to this article: http://holaworld.fr/the-day-when-i-played-pictionary-at-the-hospital-part-two/