The millenary forest (at PN Conguillío)

The magic world of Chiloé

I spent some relaxing days in Chiloé Island, after all those hikes I needed to rest for a while!

The Chiloé Archipelago consists of several islands lying off the coast of Chile. Because of its physical isolation from the rest of Chile, it has a unique architecture, folklore, local food and fantastic legends with wizards, mermaids and other spirits.

I stayed most of the time in Castro, the “capital” city of Chiloé. There I booked a hostel built inside a palafito, the traditional fishermen’s houses built on stilts. It was so cool to spend the afternoons in the living room watching the tide going up and down while drinking a cup of tea . . that hostel definitely made my stay in Chiloé!

Chiloé is famous for its wooden churches, part of the Unesco World Heritage since year 2000. Built in the 18th and 19th centuries when Chiloé Archipelago was still a part of the Spanish Crown possessions, the churches represent the fusion of European Jesuit culture and local native peoples’ skill and traditions. Unlike classical Spanish colonial architecture, the churches of Chiloé were made entirely in native timber with extensive use of wood shingles. 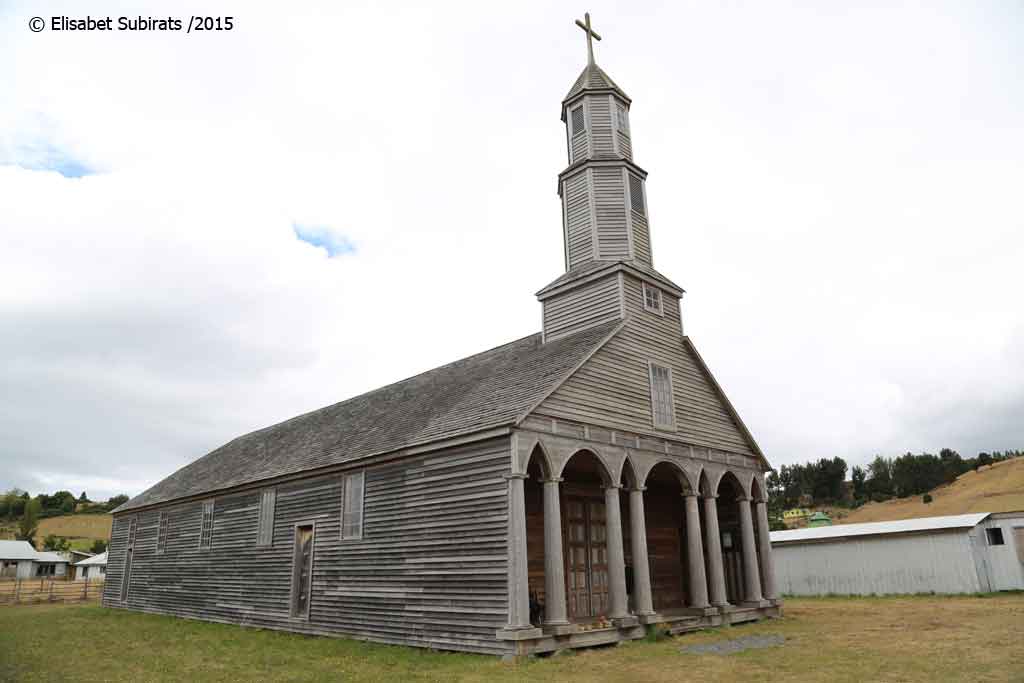 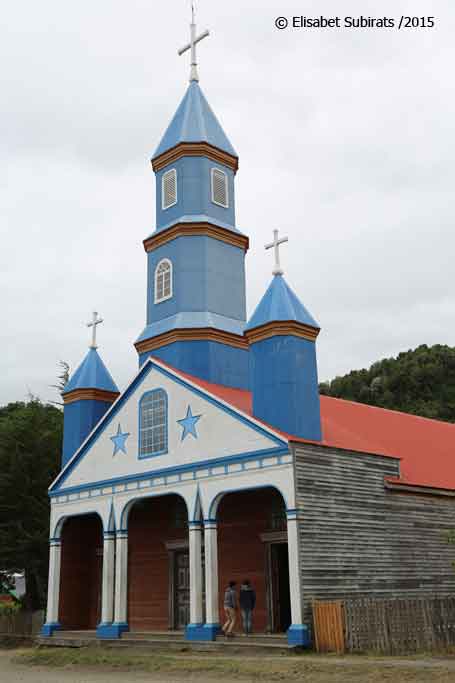 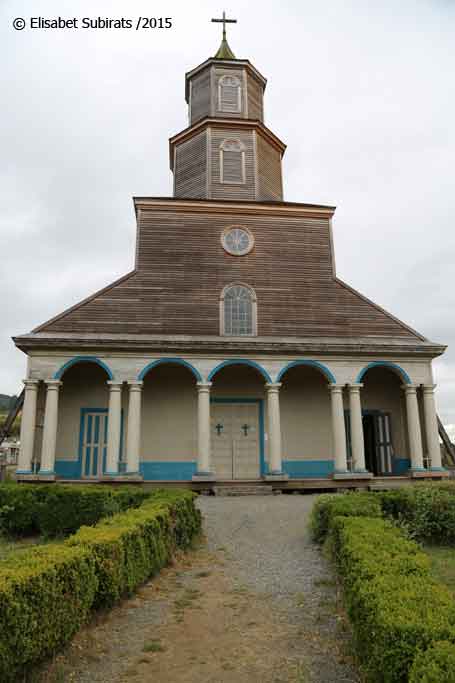 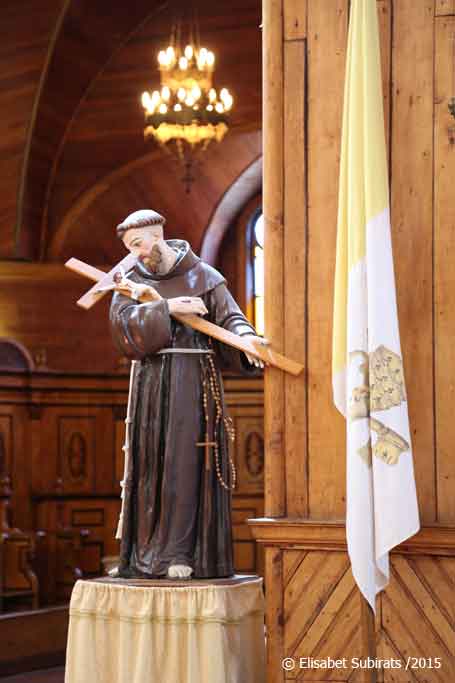 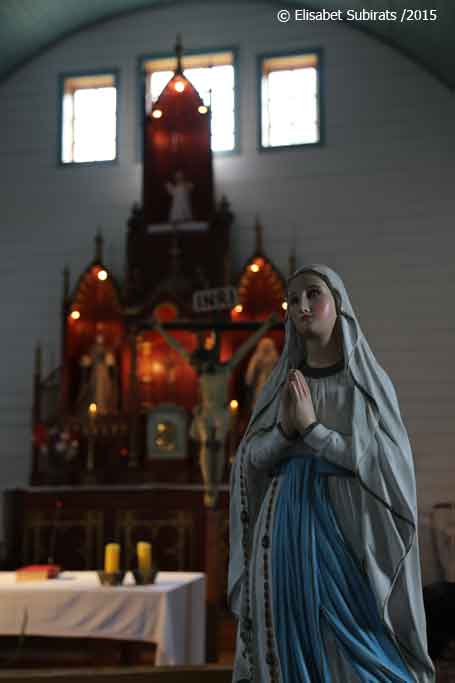 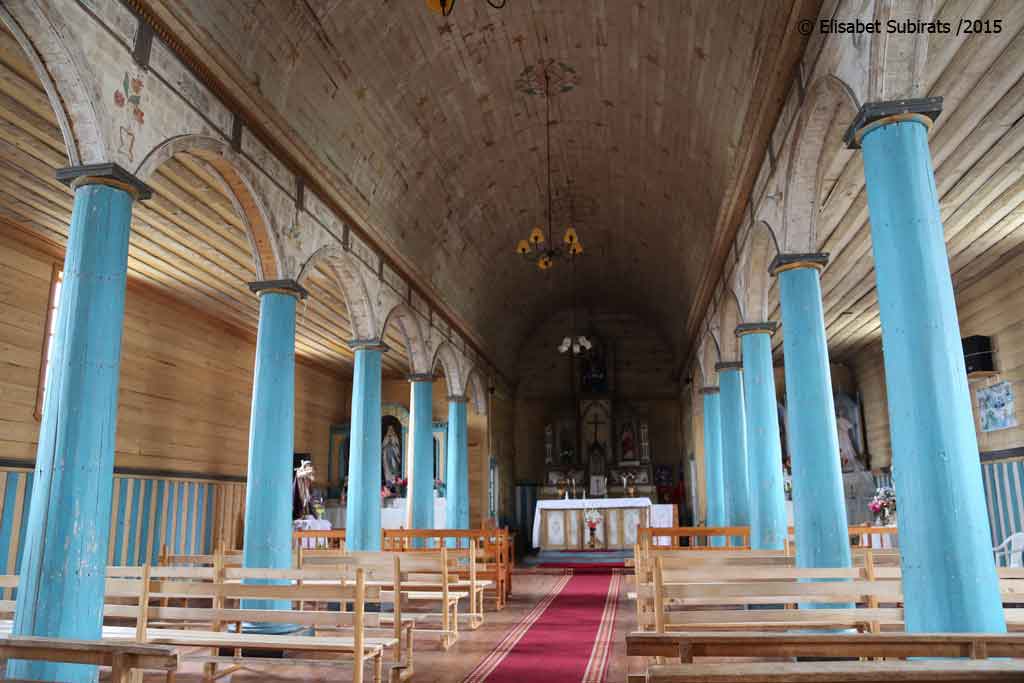 The tour also included a typical meal, that day we had “cancato de salmón”, a kind of salmon cake cooked in the oven and topped with some cheese and chorizo, it was delicious! We also tasted some of the 250 kind of potatoes cultivated in Chiloé. Our guide told us that potatoes are original from Chiloé Island and the Inkas exported them to all South America first and Spaniards exported them to Europe later. 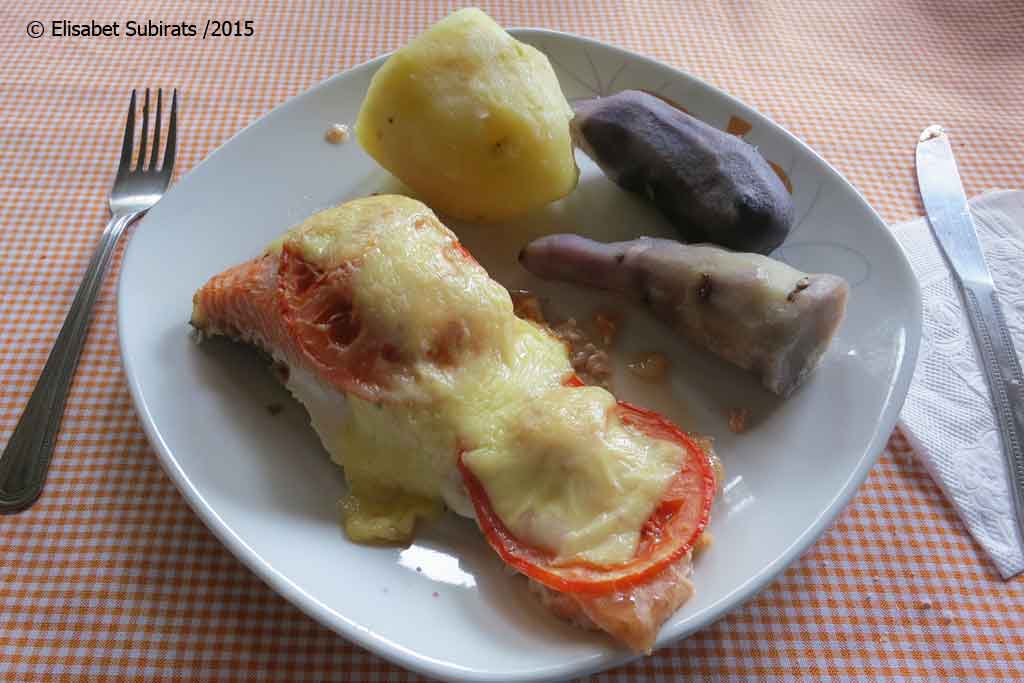 Chiloé has many interesting traditions. My favourite one is la “tiradura de casa”, a kind of minga (communal job) which consists in moving one whole house with the help of the neighbors. In Chiloé one can need to move his house to be closer to a road or because he bought a new land somewhere else. This “tiradura de casa” is a hard job of many days which needs experienced carpenters and many people to help. The house is reinforced and tied to a pair of oxes and then it is dragged until the final destination, being sometimes another island (so the house crosses the sea, lol). This is a kind of social event in a community and the house’s owner, at the end of the “tiradura”, always offers lots of food and also music to the people who helped.

Unfortunately I missed one minga in Ancud (not being a touristy thing it is not published anywhere) but I posted a picture found on internet for you. 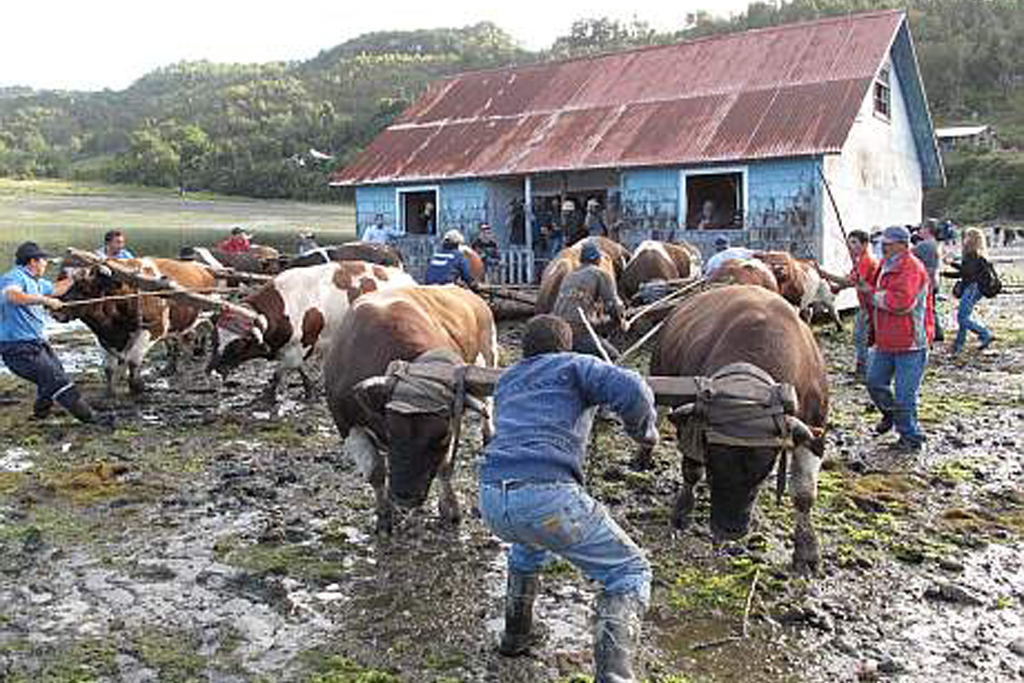 After these days of rest, I was ready to put my boots on again, next stop: Melipeuco! 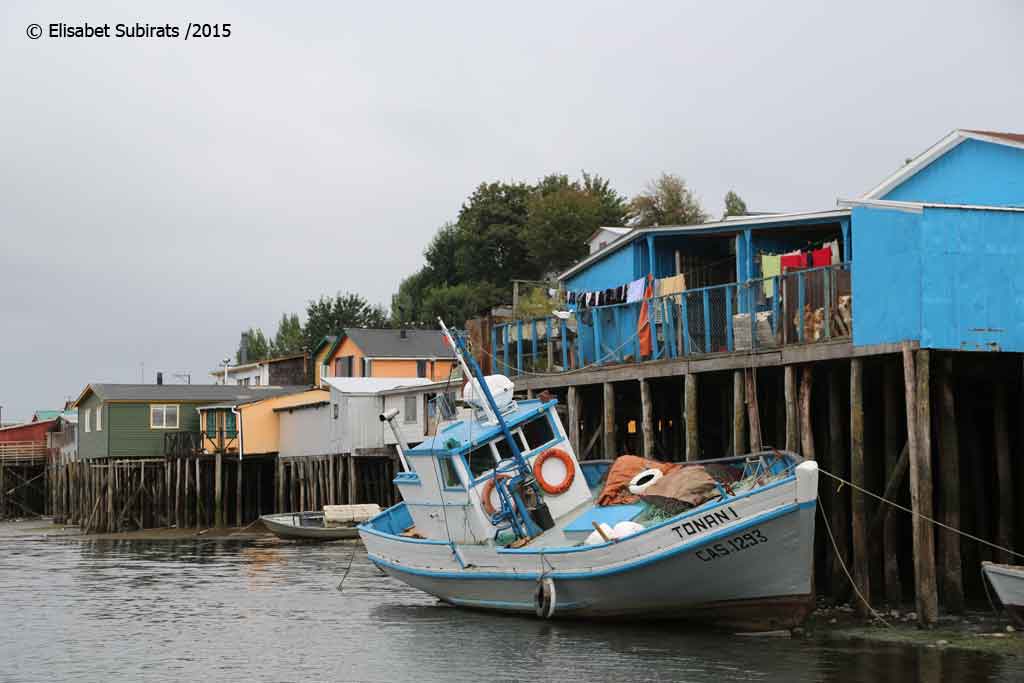 Permanent link to this article: http://holaworld.fr/the-magic-world-of-chiloe/