The Pyrénées (from another point of view)

Most of the posts on the web related to Pyrénées talk about wonderful landscapes, mountains, lakes, blue sky . . . Let me write here about the Pyrénées from another point of view.
The Pyrenées, instead of being a natural border, were land of communication of cultures through the deep valleys that cross these mountains in all directions. The Cathars coming to the Western Europe from very remote places didn’t choose this mountainous area by chance: they knew well about the ancient traditions that from the prehistory lived in these natural landscapes. Places that were converted in magical-religious places by people.

There are eleven caves discovered (until now) and registered in l’Ariège with cave paintings and relieves. Natural caves where men from the Neanderthal culture praised to the Mother Nature and where they represented at the same time the animals of their environment that allowed their survival. After the falling of the last fortresses (Montségur, Quéribus, Perypertuse . . .) the Cathars found inside these natural caves (safe, distant from the world, rich of drinking water and charged of spiritual energy) their last paradise on Earth. So any Cathar tour should consider (in my opinion) climbing up to those citadels of vertigo, perched on the mountainside but also going down to the Pyrénées’ entrails.

During my first visit I only visited some small caves with interesting paintings and rocky formations (due to time and water) not far from Rocamadour (no pictures allowed). If you have more time maybe it can be interesting to visit Bouan (one of the last Cathars’ shelters in the Pyrénées’ entrails and where you still can see some fortification works against the crusaders) or the caves of Lomberives, where the last Cathars were massacred by closing all the entries to the caves. 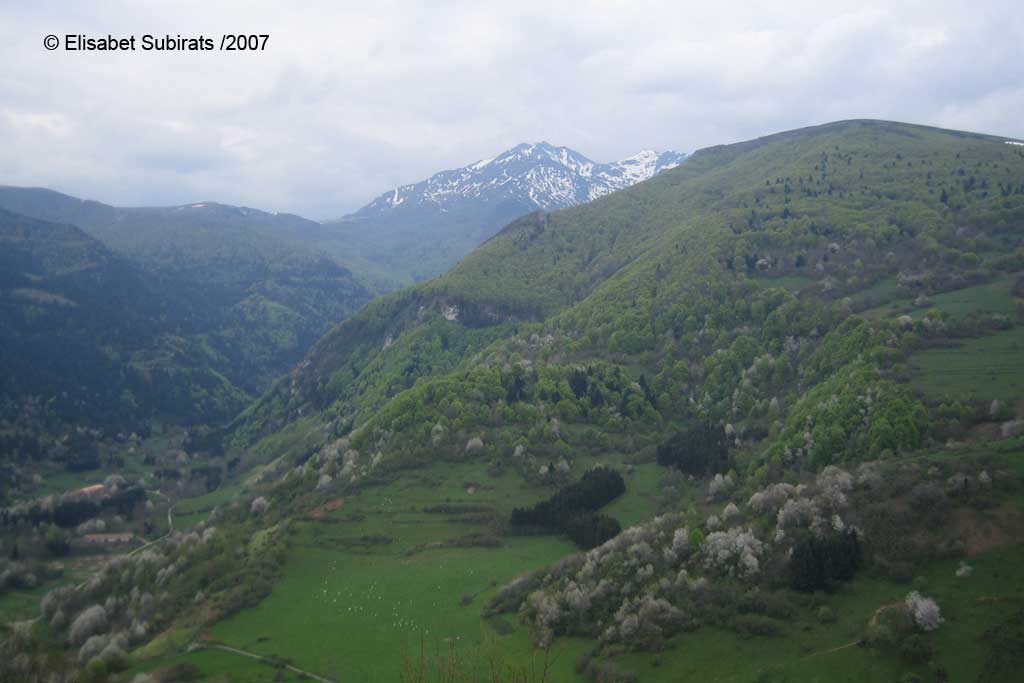 But who were the Cathars and Catharism?

Catharism was the last range of a long social and cultural development started in the far-off Persia, with Zoroaster, and took root in Languedoc (a region that during the Middle Ages had an incredible cultural development) during XIth, XIIth and XIIIth centuries. It predicated the purity of the spirit and the renounce to all the material goods. From their houses (les maisons) the perfects or priests predicated a new vision of the world that had nothing to do about the official church (the Vatican) whose ministers were rolling in money. The perfects not only talked about Theology but also about the woman’s emancipation, democracy and social welfare thanks to the daily work. At the beginning of the XIIIth century, the Cathar filosophy had reached a high influence in all Languedoc and its main cult places where the most important villages of the region: Carcassone, Toulouse, Béziers, Albi and Mazamet.
The Roman Catholic Church regarded the sect as heretical and fought hard to suppress them with the help of nobility from northern France.
There are a lot of legends and mysteries about Cathars in that region and some places like Montségur have a lot of energy.

Permanent link to this article: http://holaworld.fr/the-pyrenees-from-another-point-of-view/