Trekking in Luang Namtha (part one)

One of the MUSTs in Laos is a Hill Tribe Trek : gorgeous landscapes while walking and this is also the best way to know something more about the ethnic groups of the country. In Laos there are something like 134 different ethnic groups so you have the choice!

The region of Luang Namtha is at only one day by bus from Luang Prabang, not that far, but it seemed another world to me. We stopped at Namtha, the biggest village of the region and the starting point of all the treks in the area. Travel agencies are well organized in Namtha because each agent has its own routes, ensuring that a village receives visitors once – twice a week maximum and only during the dry season. We chose a two- days trek with a night spent in a minority village, starting the following day.

On the first day, the walk was nice. The vegetation in that area was very thick so we did not have a lot of views. However, it turned to be a very interesting walk because our guide knew (and told us) EVERYTHING about the plants and flowers around. Locals use most of these plants as medicines so no need to have a drugstore in town! 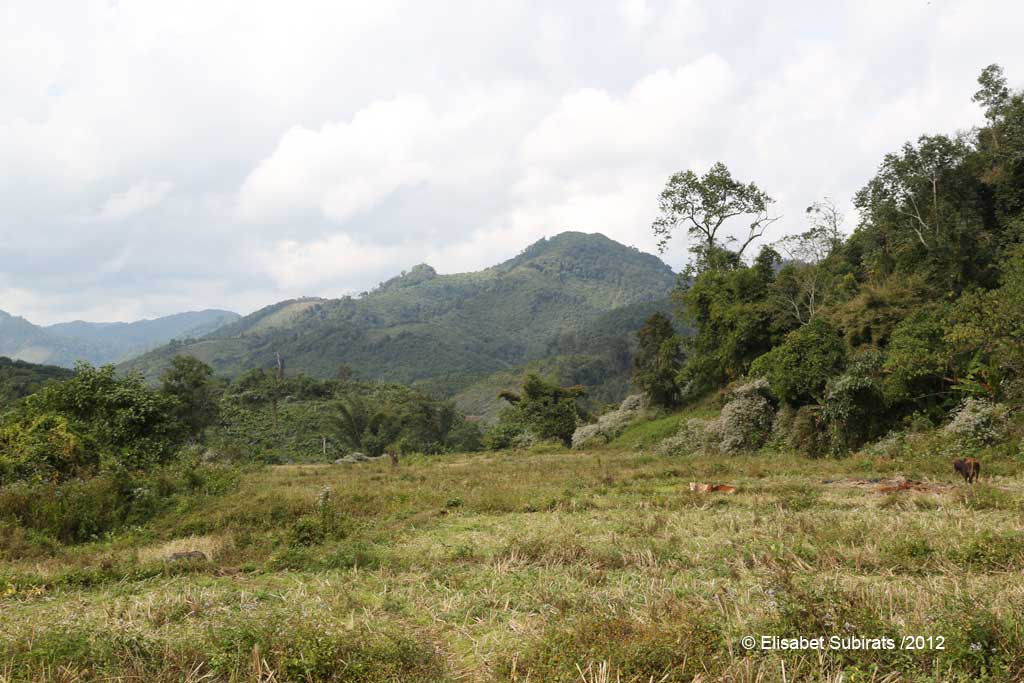 During the climbing I touched a caterpillar and he left me many of his points on my finger as souvenir. OK, I would not die because of a caterpillar but some of the points stayed inside and although I cleaned my finger carefully it was swollen.

The local village was located on the top of the hill. From the top we could finally admire the beautiful countryside around. There was a traditional hut, a little bit away from the rest of the huts, waiting for us. We would spend the first night there. The guide left us in the hut to go to meet the chief of the village and we started to prepare our stuff for the night. 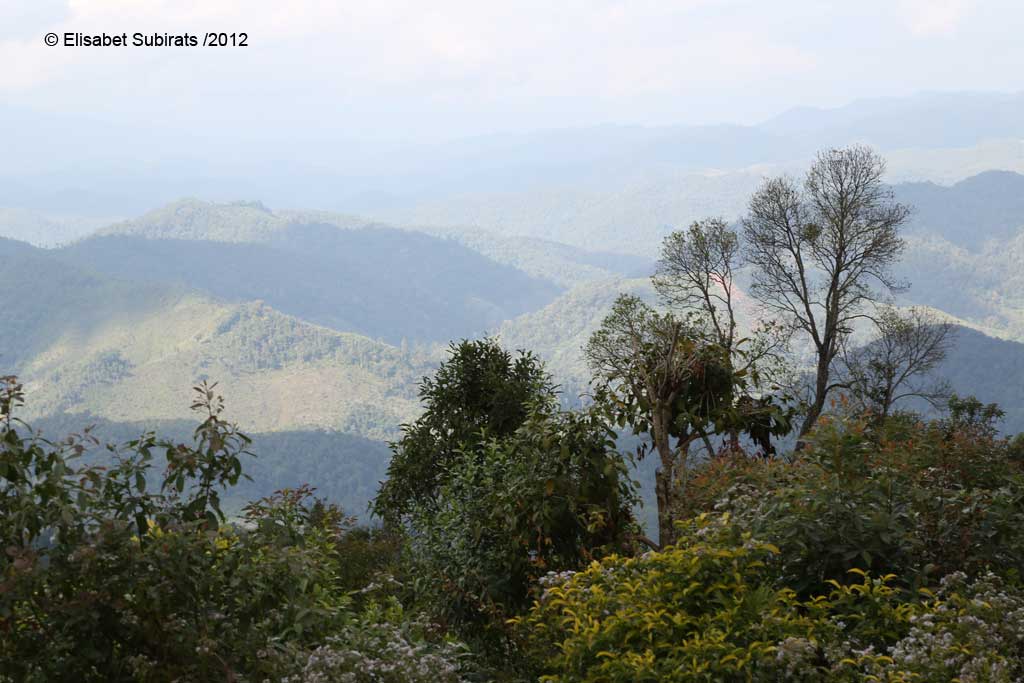 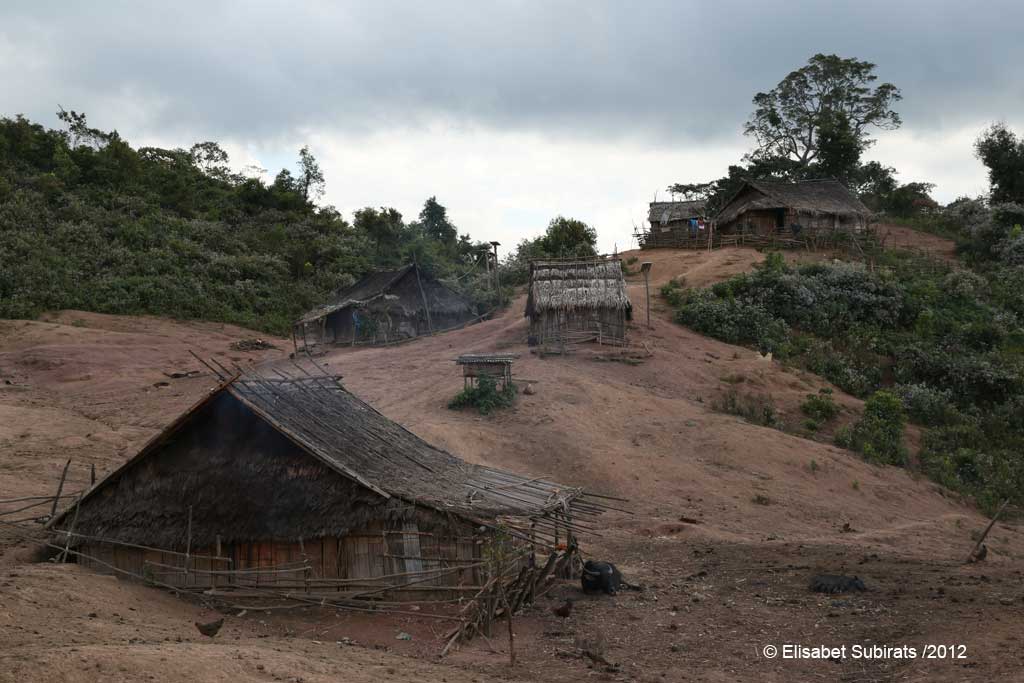 After some minutes, I realized that somebody outside was spying on us through the bamboo walls. Then, she opened the door, came in and stared at us watching. The communication was 0 because she did not speak a word of English (and we did not speak a word of her language). When her curiosity was satisfied she left . . . or that’s what we thought because few minutes later she came back with other women and children. Little by little I think that the entire village came to see us : they arrived, opened the door, stayed there in front of us observing and after a while they left. For them we were a kind of curious subjects, I had never had this feeling before! 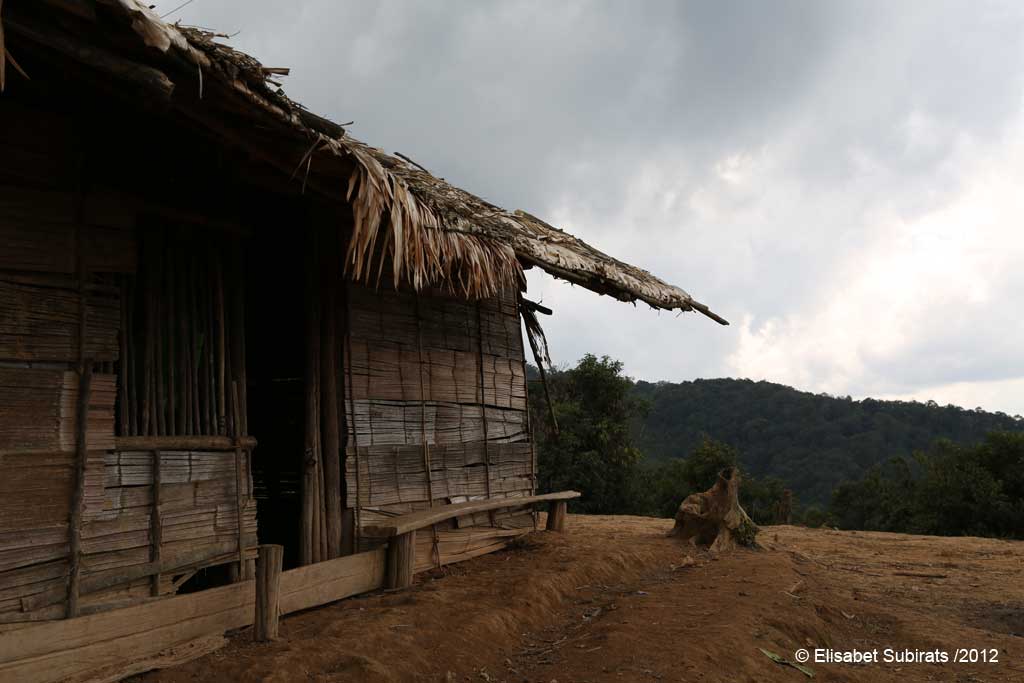 After a light dinner we soon fall asleep. Our guide was also an excellent cooker, I must say . . .

Permanent link to this article: http://holaworld.fr/trekking-in-luang-namtha-part-one/