Let’s be honest: in big cities like Hanoi, driving a motorcycle looks very scary and trying to cross a street as a pedestrian seems like the most dangerous sport you have ever tried. It is true that drivers never stop for you (or for a traffic light) but they know what they are doing and will always overpass you with a zigzag, it’s their way to show they take care of you! But by the second day in the city, you will know already you just need to show you are bound and determined and you will never, never stop until you reach the other sidewalk. The sense of victory when you see that it works and you are on the other side still in one piece is just great!

Apart from this scary introduction, I truly believe that the best way to discover Vietnam is on two wheels. I never tried in Hanoi, I enjoyed exploring the city during long walks, but I did not miss the opportunity to do it in Hue and Hoi An.

Hue was the Nguyen Emperors’ capital and the city and surroundings is spread of interesting palaces and pagodas. After visiting the Imperial City, in the heart of Hue, I was ready to explore its surroundings by motorcycle. 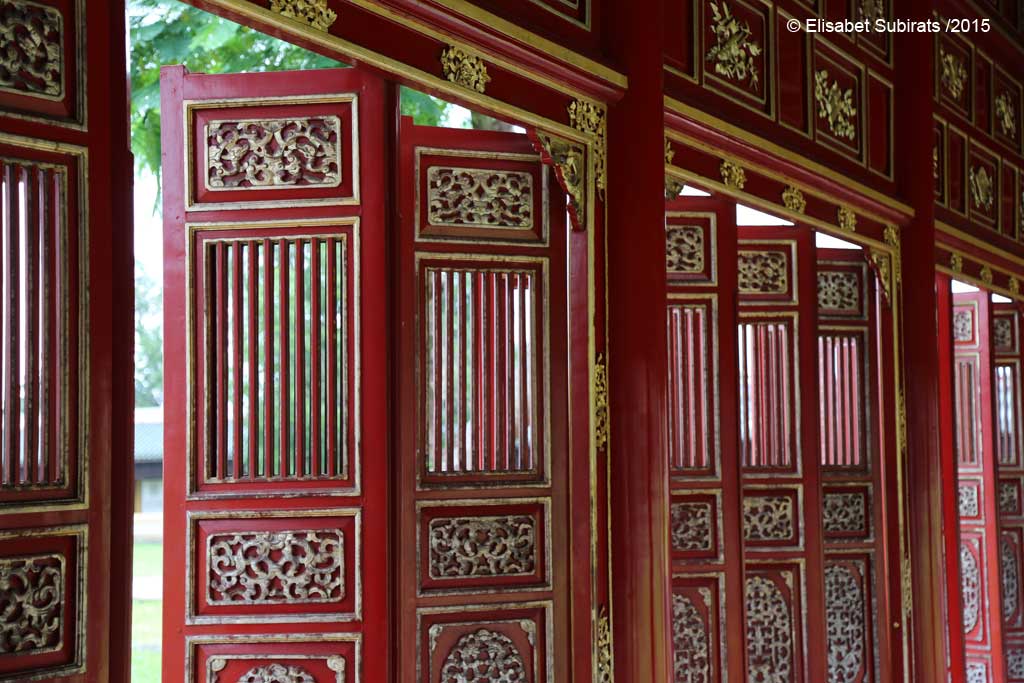 Leaving Hue was not that difficult (the Perfume River helps with the orientation) and the feeling of total freedom to explore the countryside at my own pace was immense. 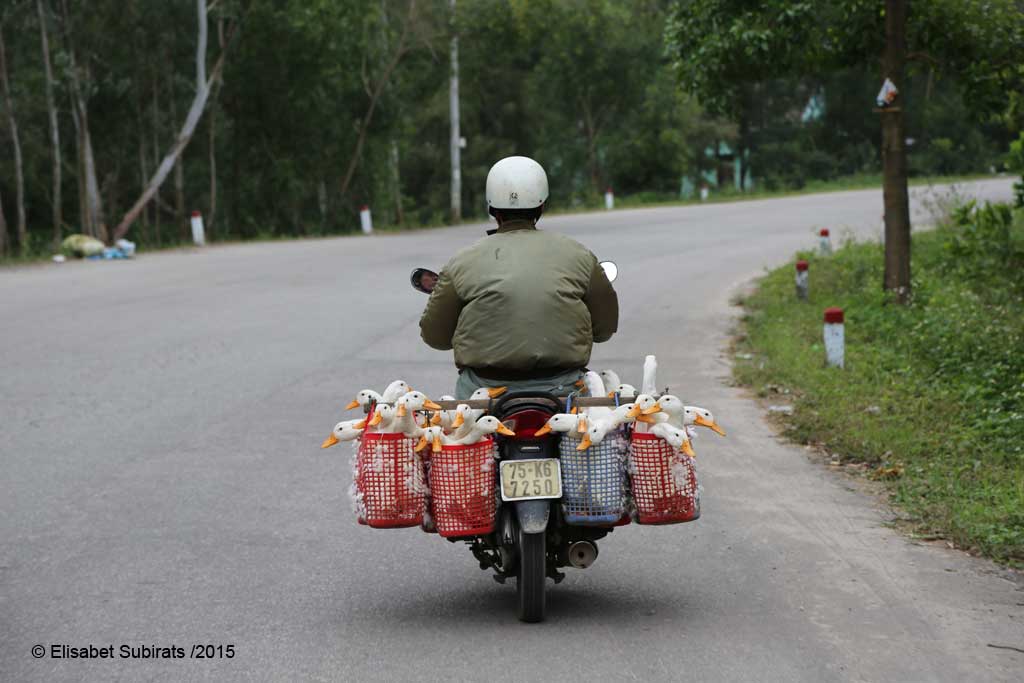 In Paris, one friend of mine told me about luxury cemeteries in the middle of nowhere which deserved being explored. After a little bit of web searching (people in Hue did not know much about it) I found about Tan My village, a poor fishing village known for its hundreds of big and luxurious tombs worth billion dong. But who are (or who were)  the inhabitants of this “ghost town”? In most of the cases they are Viet Kieu (overseas Vietnamese) who made money abroad but wanted to be buried in their homeland, spending their fortunes for their final resting place. The view of these huge, colorful tombs, spread here and there and surrounded by sand dunes (we are not far from the sea) is a mix of something kitsch and fascinating at the same time. 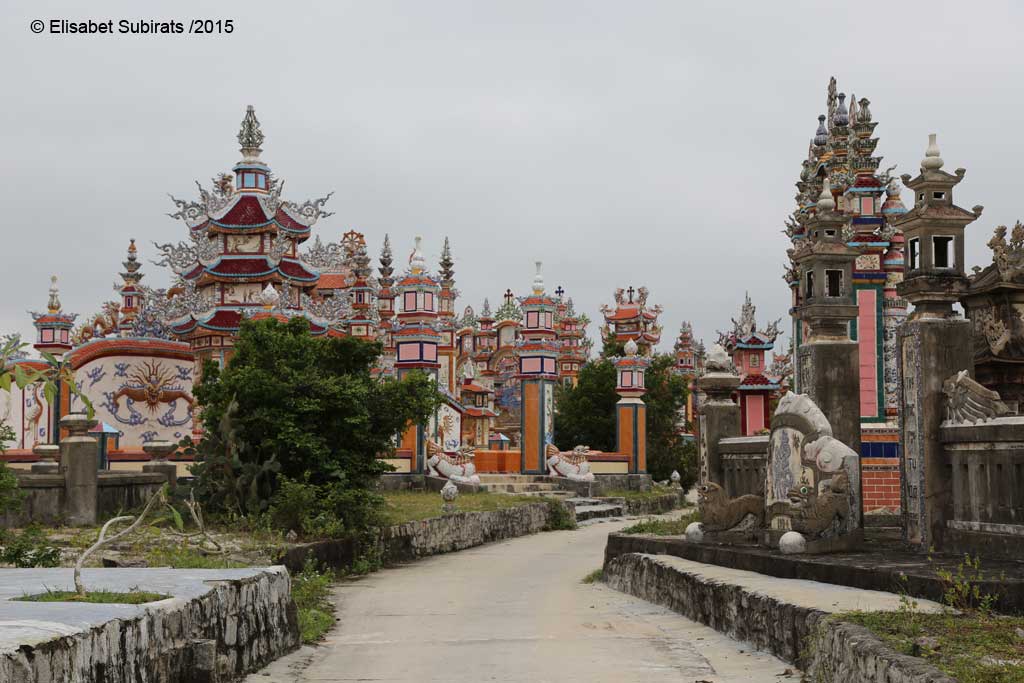 After a pit stop on the road for a super good meal I finished the day visiting a couple of royal mausoleums, not to be missed according to my guidebook. I preferred the last one, the Tomb of Minh Mang, in the middle of a beautiful forest. 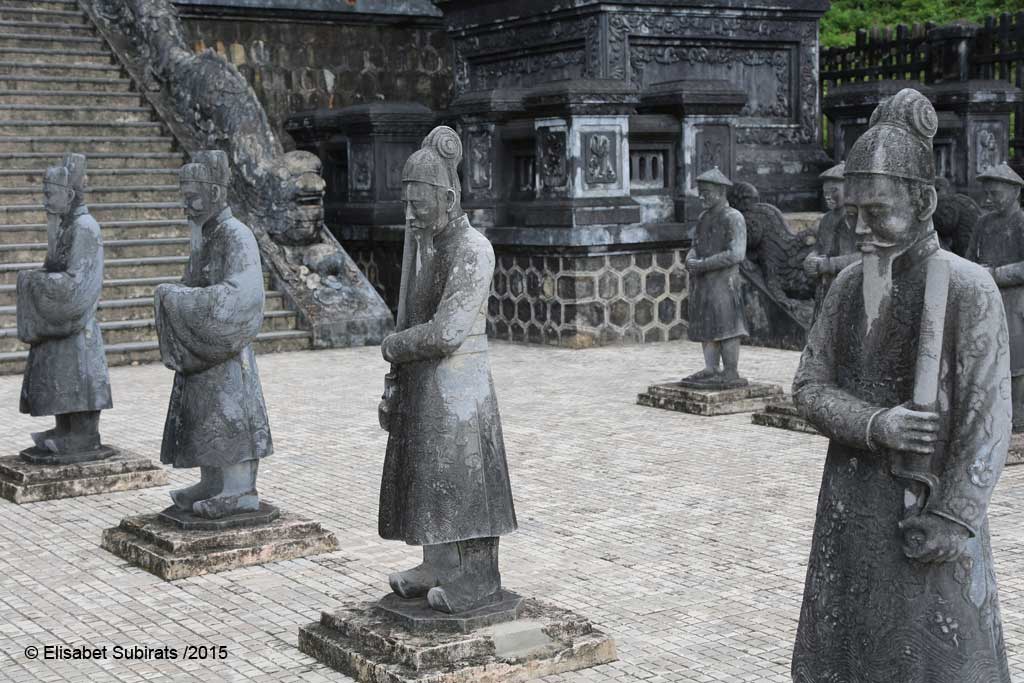 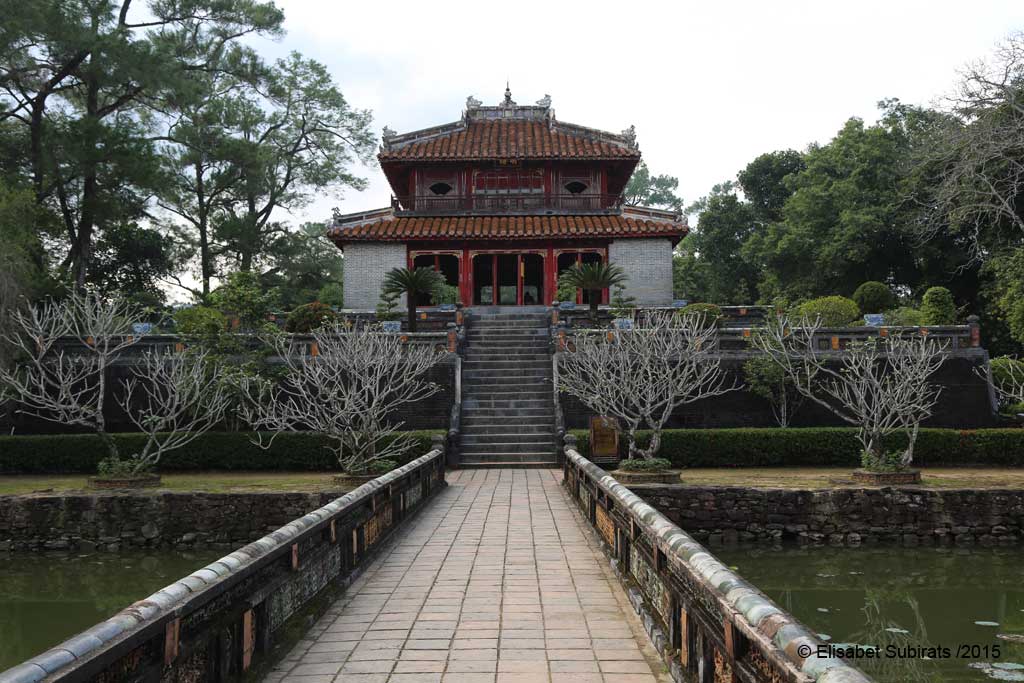 In Hoi An I chose the bike for my countryside exploration and I took the Nguyen Tat Thanh road for a beach day at An Bang Beach. It was a beautiful day, sunny and with blue sky and after a short walk along the shore I decided to treat myself well with a nice grilled fish and a cold beer in one of the beach restaurants. 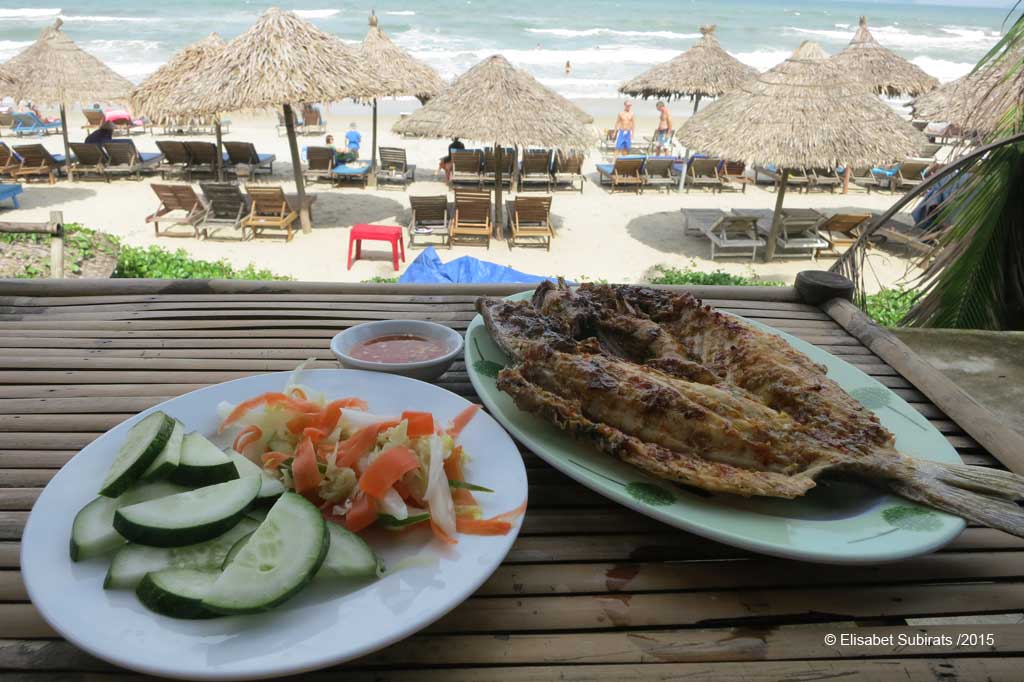 On the way back we took the longest road to reach Hoi An. There was no hurry to go back and its quiet suburbs before entering the city were nice to explore, in the end it was a fantastic day! 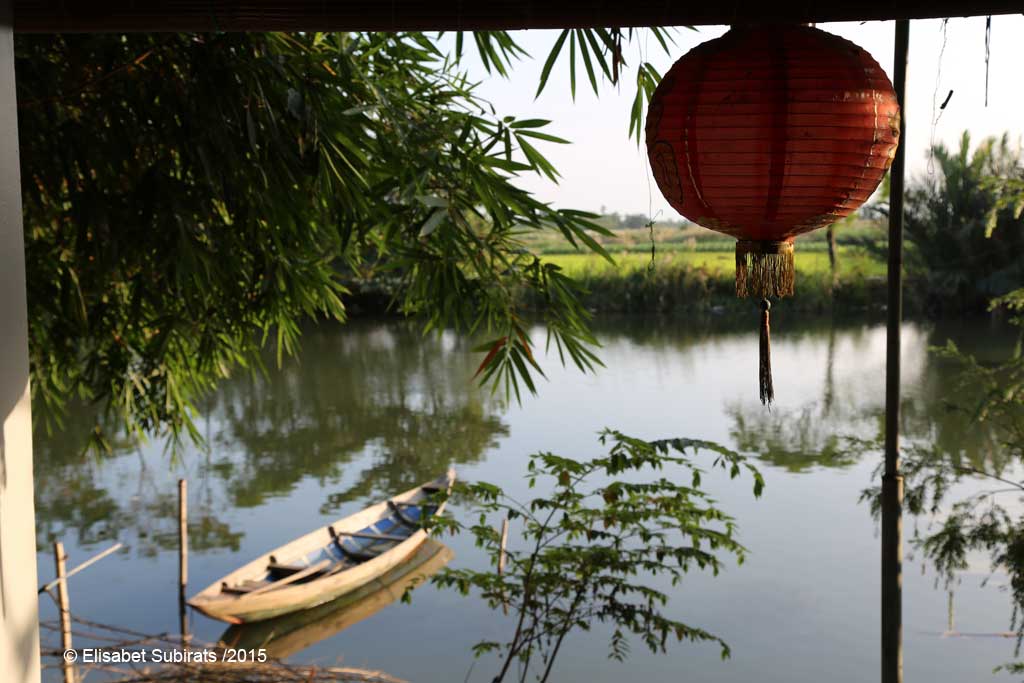 Permanent link to this article: http://holaworld.fr/vietnam-on-two-wheels/