On the road to the South (again)

Before leaving Sur, we did a short stop at a small open air museum with some traditional vessels that we missed during the previous trip. The museum’s star is Fatah al Khair, a restored traditional dhow built in Sur shipyards 70 years ago. 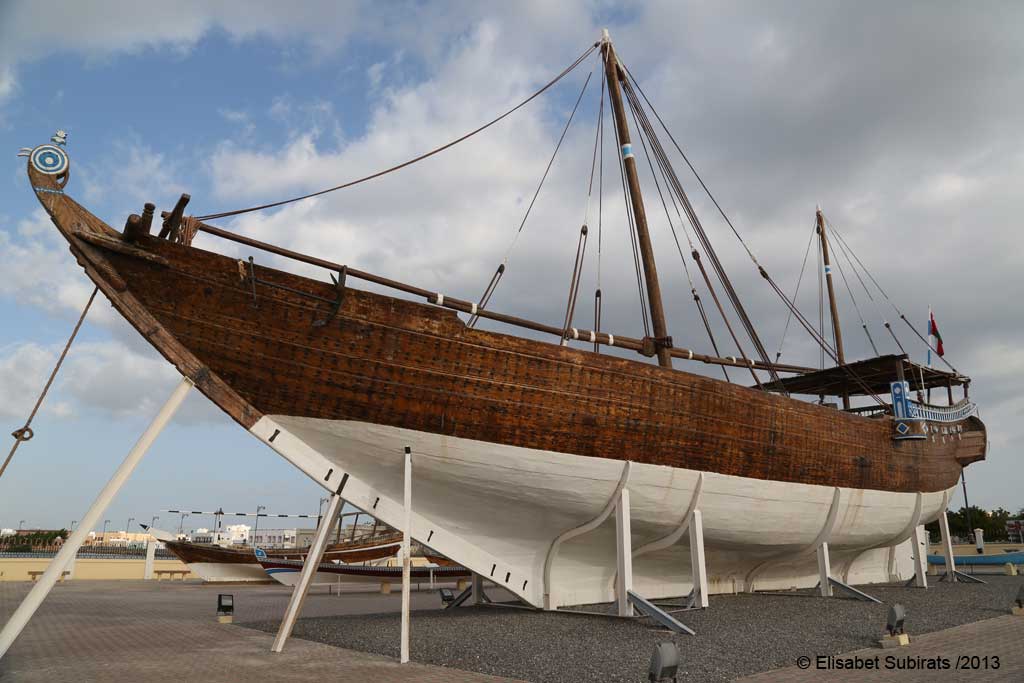 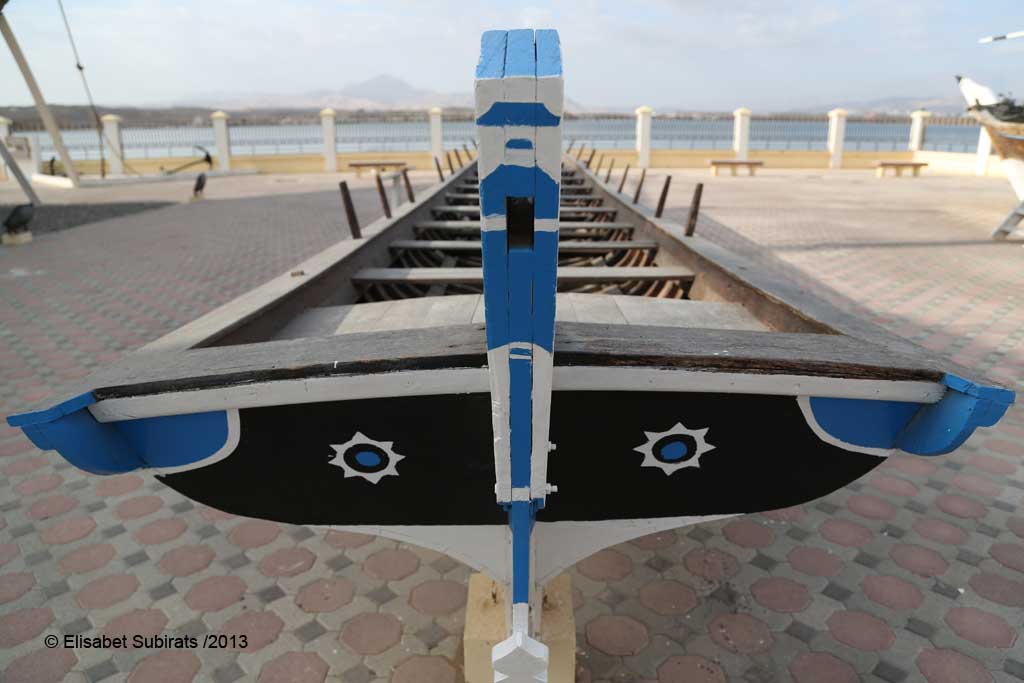 After this short visit, we were ready for the big adventure: Wahiba Sands Desert. Without leaving the sealed roads, we arrived to some Bedouin houses with the very first dunes as background. We jumped off the car there, it was hot. Five minutes later we were welcomed by 3 curious children who decided to follow us up to the nearest dune crests. I had a great time playing in the sand with the 3 children and taking pictures of their best jumps. Of course, I also tried to do some jumps but my jumping style was definitely not the best. After playing half an hour or so, we gave the children our last chocolate cakes and we left. 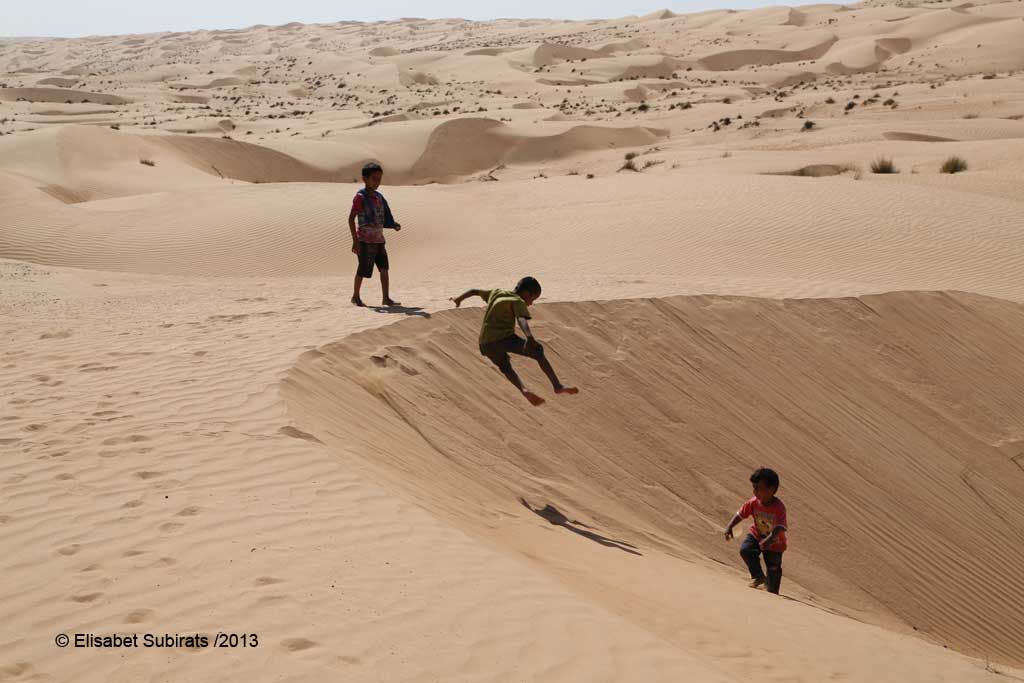 If you give a guy a 4WD + a desert you cannot expect to stay on a sealed road for long time. After leaving behind a Bedouin farm with some camels, the road started to disappear: the big desert and its dunes were there, in front of us. It was HIS great moment and I could do nothing but trust him . . .

Well, his great moment lasted only five minutes because the car got stuck on the first dune. Why? He forgot to deflate the car tyres to help with traction 🙂 Of course there is a “big fail” picture of my friend trying to dig up the car but I would be killed if I post it online so I prefer to let you imagine the scene. Luckily for us after half an hour we found a 4WD coming back to the village from the desert and the guys helped us to get our $WD back to the sealed road. End of the big adventure. 🙂 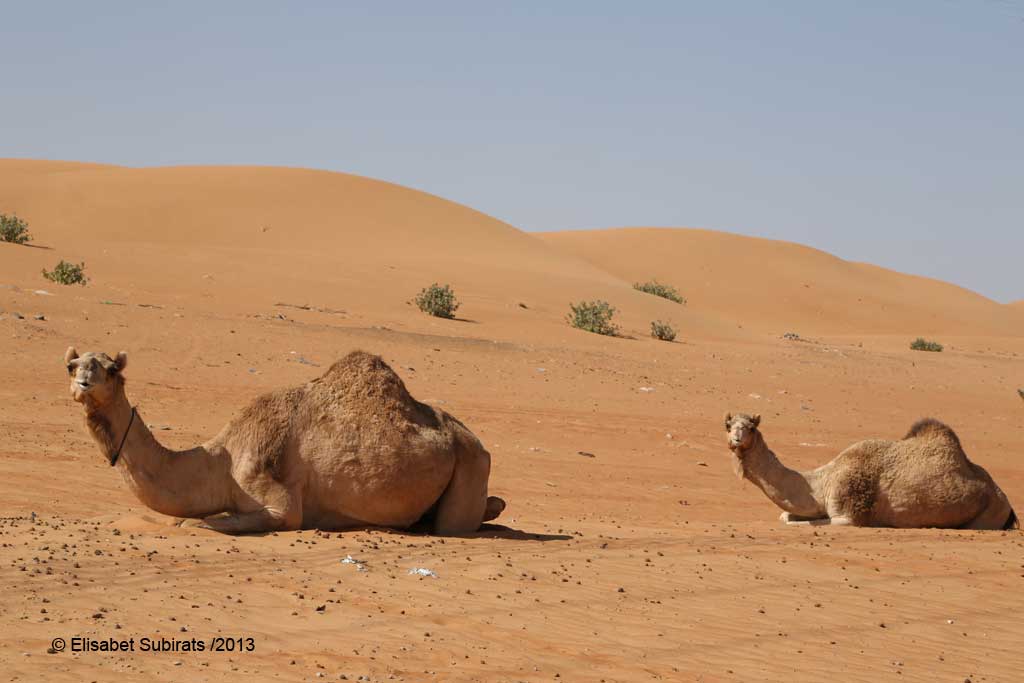 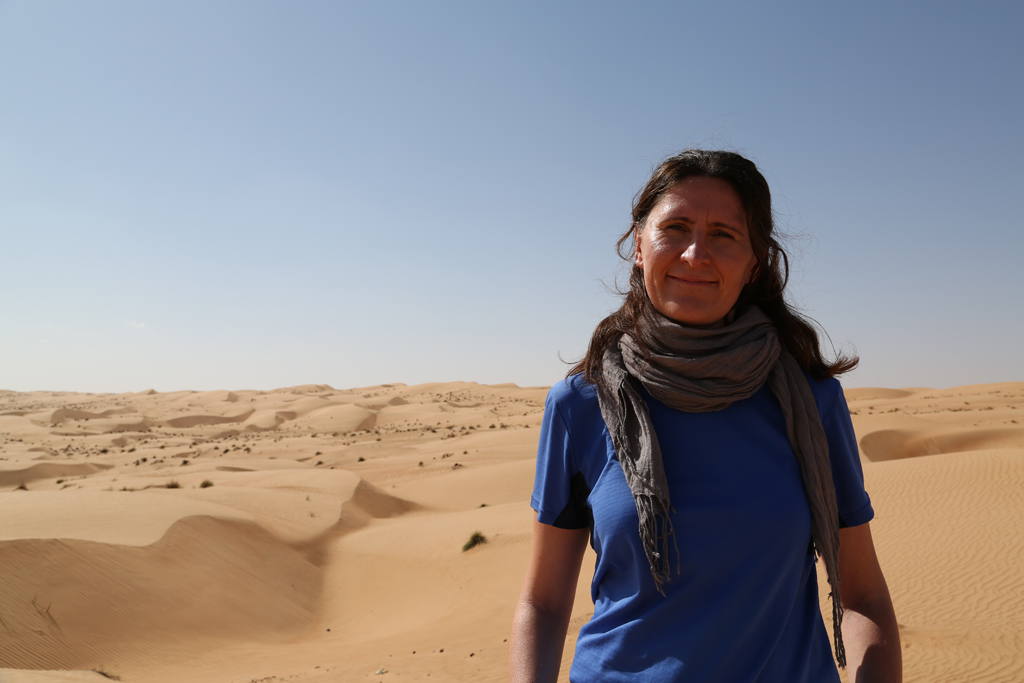 Permanent link to this article: http://holaworld.fr/wahiba-sands-desert-biggest-sandpit/