Counting islands (on the Land of 4000 Islands)

Happy New Year! I started the New Year visiting this ancient Khmer complex, the oldest archaeological site and one of the highlights of any trip to Laos. It is not as spectacular as its neighbor Angkor Wat but it has not its herds of tourists either. Wat Phu Champasak (the mountain temple) has been a place of worship since Vth century and its more recent structures date from the Angkorian period. Located between Mekong River and Mount Phu Phasak, it was shaped to express the Hindu vision of the relationship between nature and humanity, using an axis from mountain top to river bank where temples are built on different platforms. 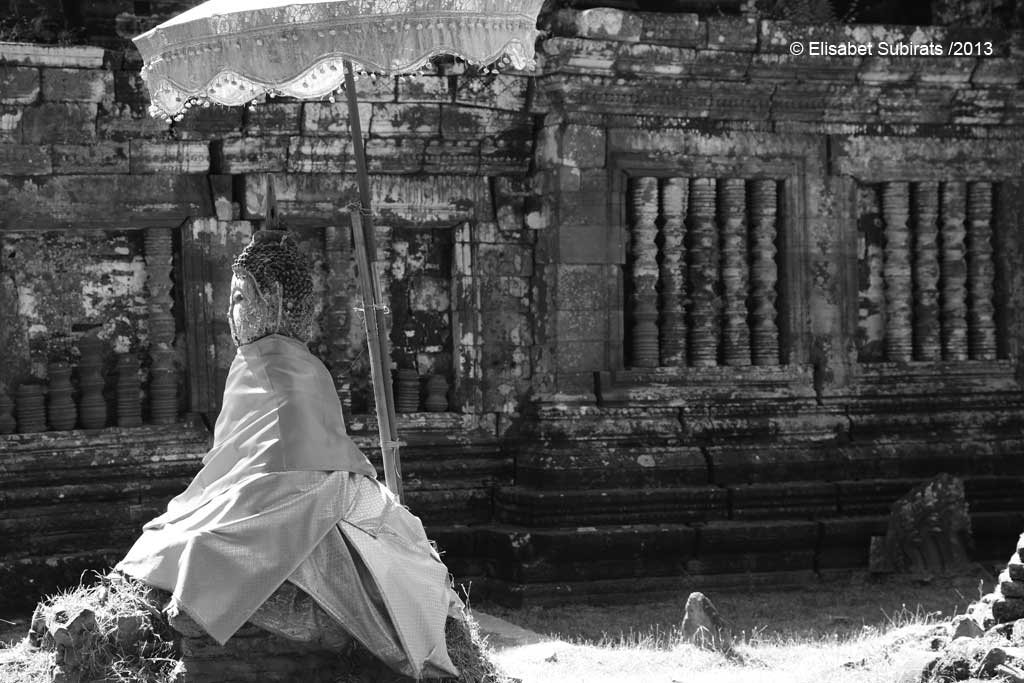 The lower level has ceremonial ponds and a processional causeway flanked by lion statues and nagas (protective snakes). 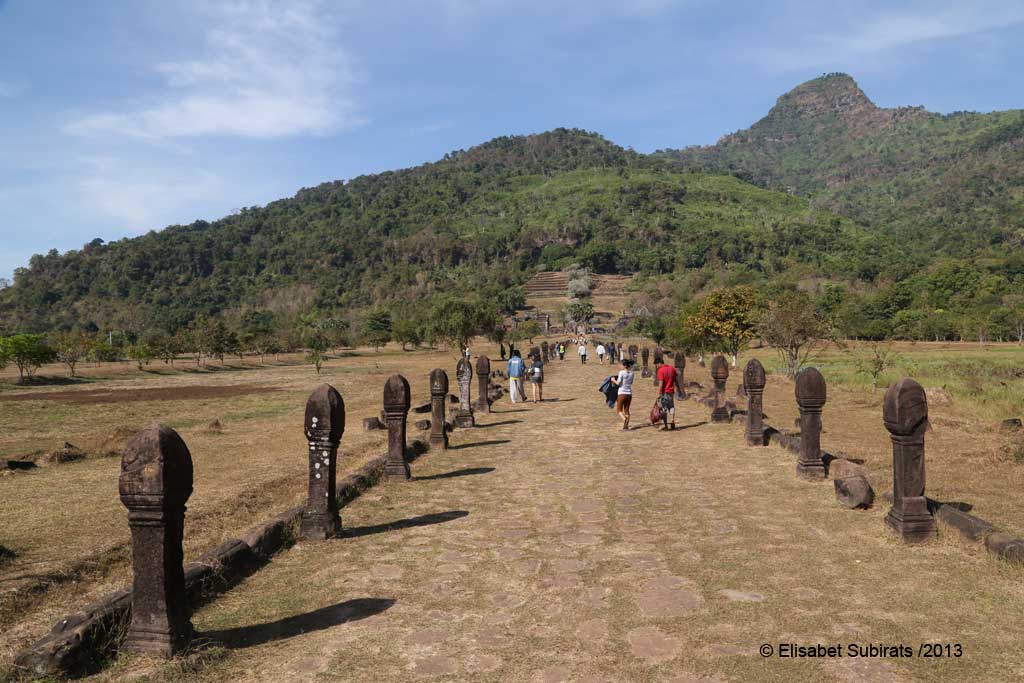 The middle level has the first pavilions, of unknown use. On these structures, it is easy to recognize some architectural similarities with Angkor temples. 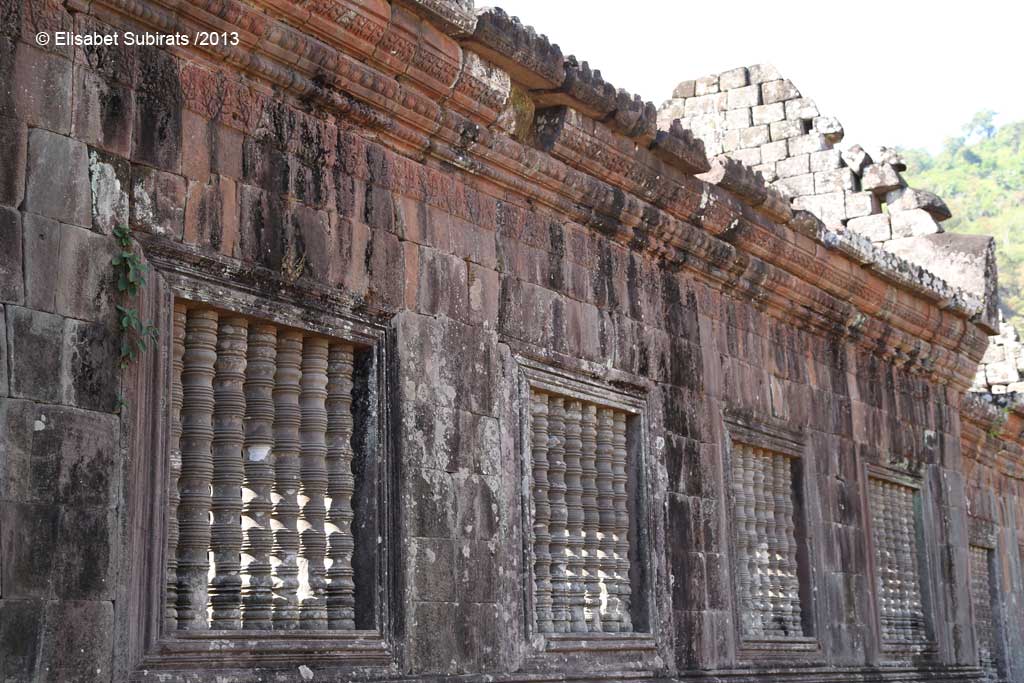 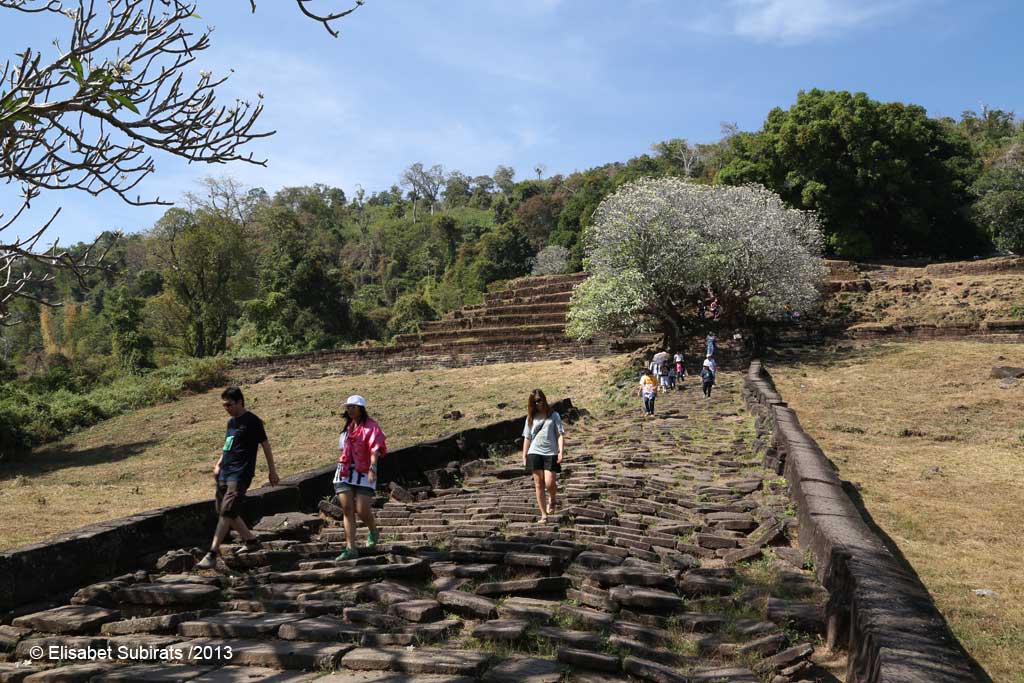 The upper level is the sanctuary itself where in ancient times Shiva’s linga was bathed with sacred water. Temple pillars, barays, lintels, pediments, walls, doorways, etc are beautifully carved here. From this highest platform one has beautiful views over the full complex and Mekong River. From here you are looking at a landscape planned more than 1.000 years ago, it is amazing. 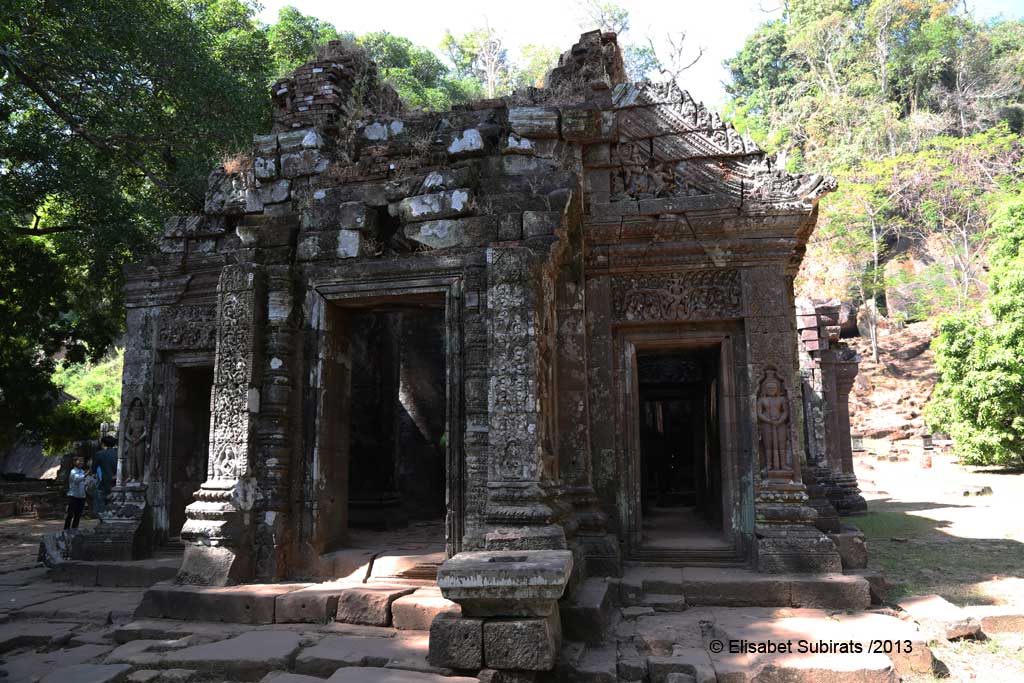 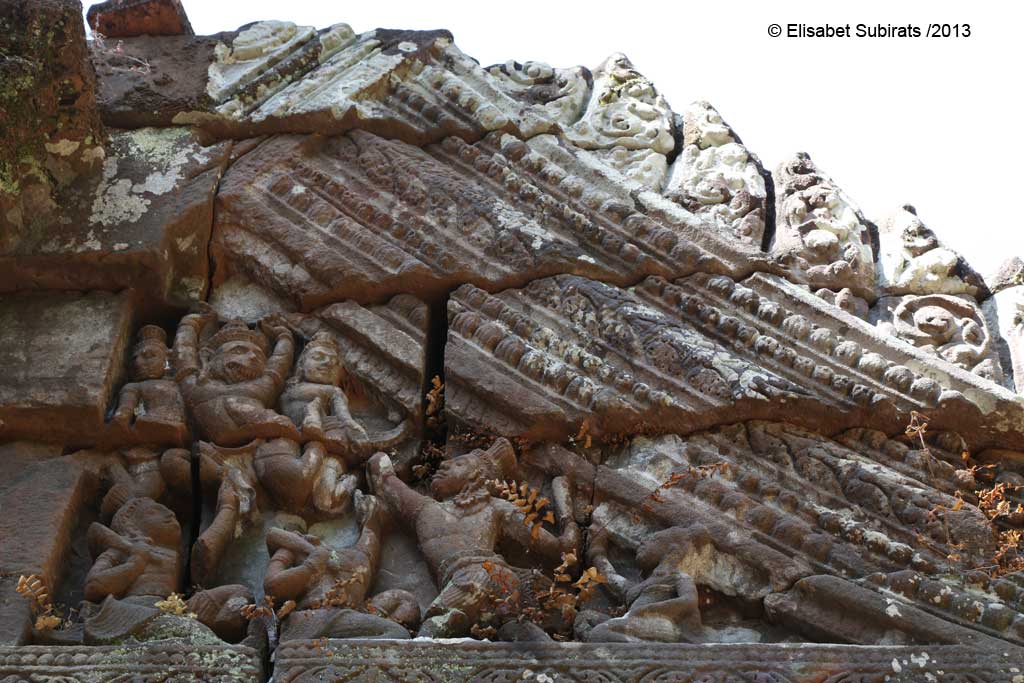 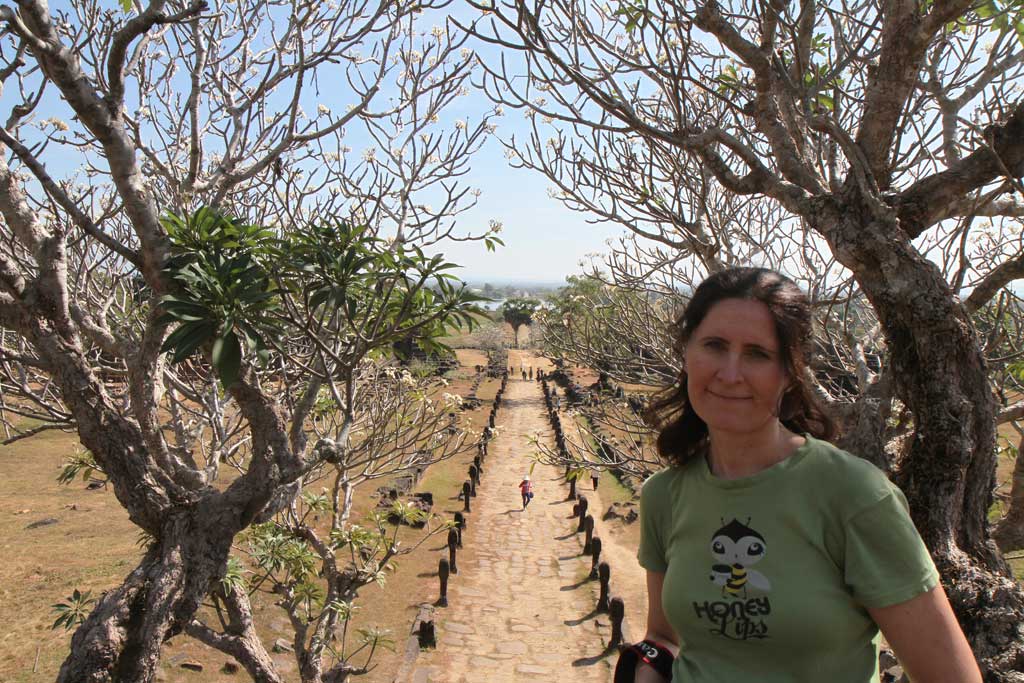 The complex also includes a small but interesting museum which is the perfect introduction to the visit of the site. However we did the opposite and we left the museum for the end of the visit because we wanted to visit the site before it was too hot.

Wat Phu Champasak is at only 46 km from Pakse. From Pakse, you can come to the complex by boat but we preferred the tuk tuk option because we wanted to arrive early in the morning to avoid the heat. On the way back our tuk tuk driver stopped twice and we could visit a local village and a temple built on the top of a hill.

Permanent link to this article: http://holaworld.fr/wat-phu-champasak/