When we thought it was finished . .

We had decided to finish our trip in Armenia like we started it: lying by the hotel’s swimming pool. During our week in the country we had visited the main sights of Yerevan, went to Khor Virap Monastery (a little bit disappointing, it did not look like the postcard!), spent the week end in the mountains . . . we were tired and we thought that we had got the picture already. Our flight was late that night and the only program for the day was doing NOTHING. But after few hours doing nothing I had finished my book and I was getting bored. Back to the guide book, I started reading it again and . . . well that Geghard Monastery did not look bad and it was not very far from Yerevan so . . . why not . . . ?

After some hesitation we decided to pack our stuff, check out and hire a taxi to take us to Geghard Monastery. Best decision ever! This cave monastery was founded in IVth century and named after the lance that pierced Christ at the crucifixion. Today, the ensemble consists in two main churches hewn from the rock (XIIIth century), some monk cells and many beautifully carved khatchars. It is not only the architecture but also the location which makes Geghard so special and it would have been a pity to leave without visiting it! 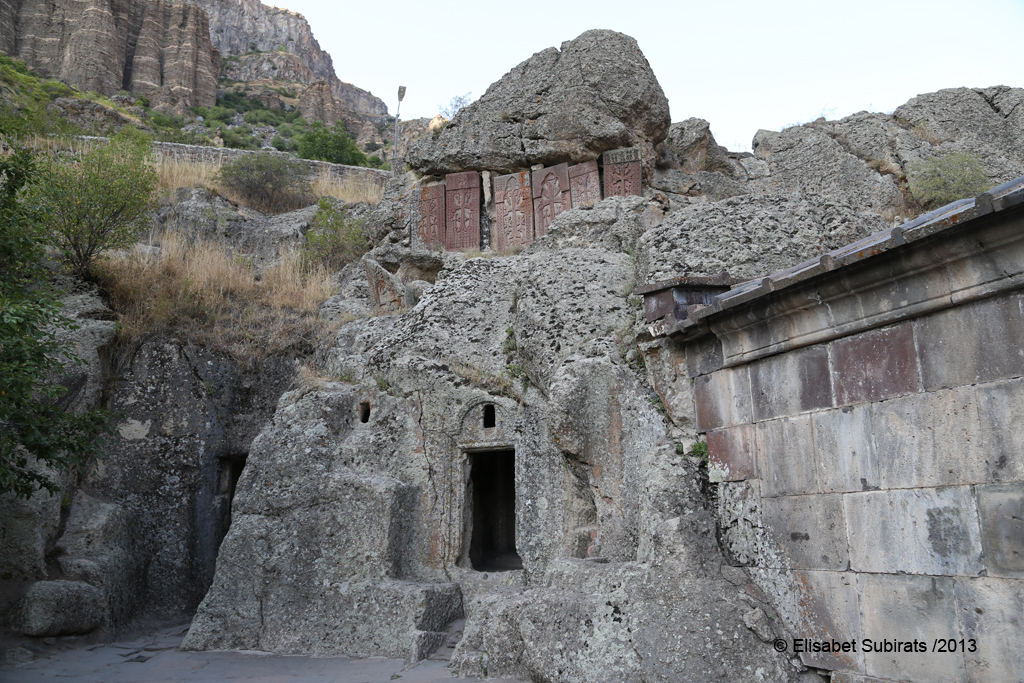 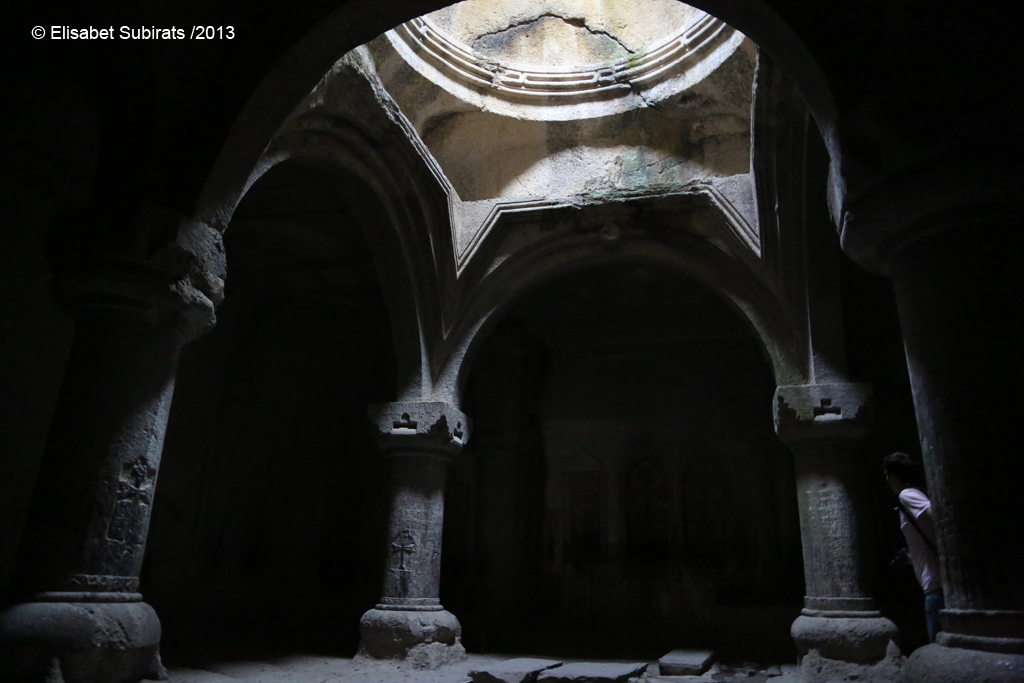 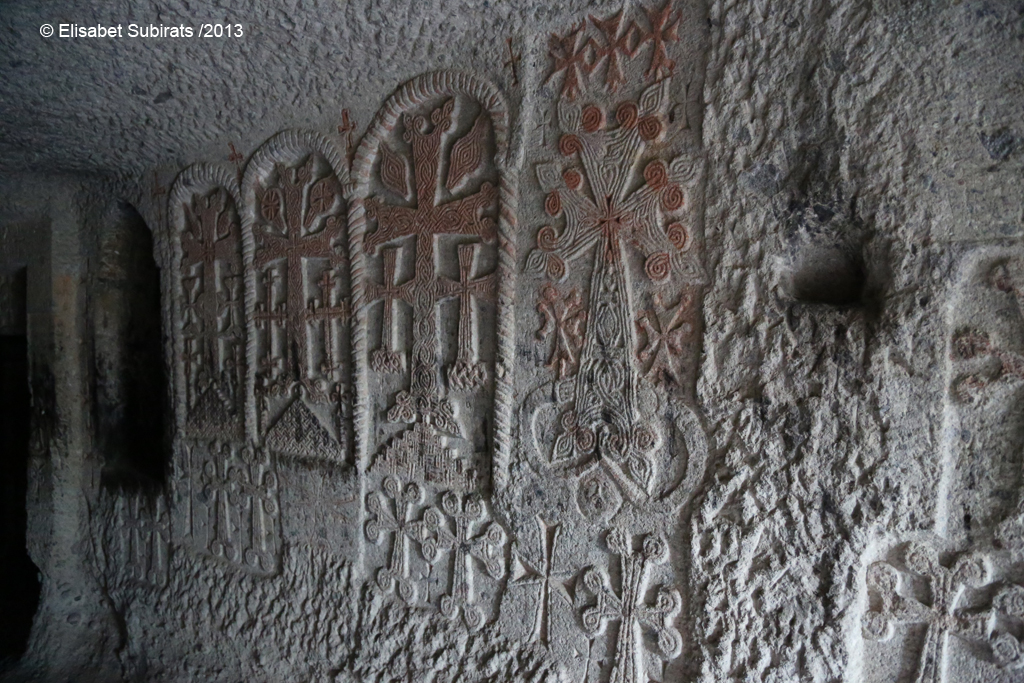 Permanent link to this article: http://holaworld.fr/when-we-thought-it-was-finished/