A sunny break (in Paracas and Huacachina)

My 5 favourite places in Valle Sagrado

I thought that my most painful bus trip would be my Copacabana – Arequipa trip . . . until I took the bus from Ica to Arequipa. It had been raining a lot in the area and one of the rivers was completely flooded. With no bridge to cross (the local authorities must think it is not necessary) no vehicle could continue its way. Result: hundreds of cars and buses stuck for 12 hours in an endless queue with no food or drink available, it took me 24 hours in total to cover 1000km 🙁 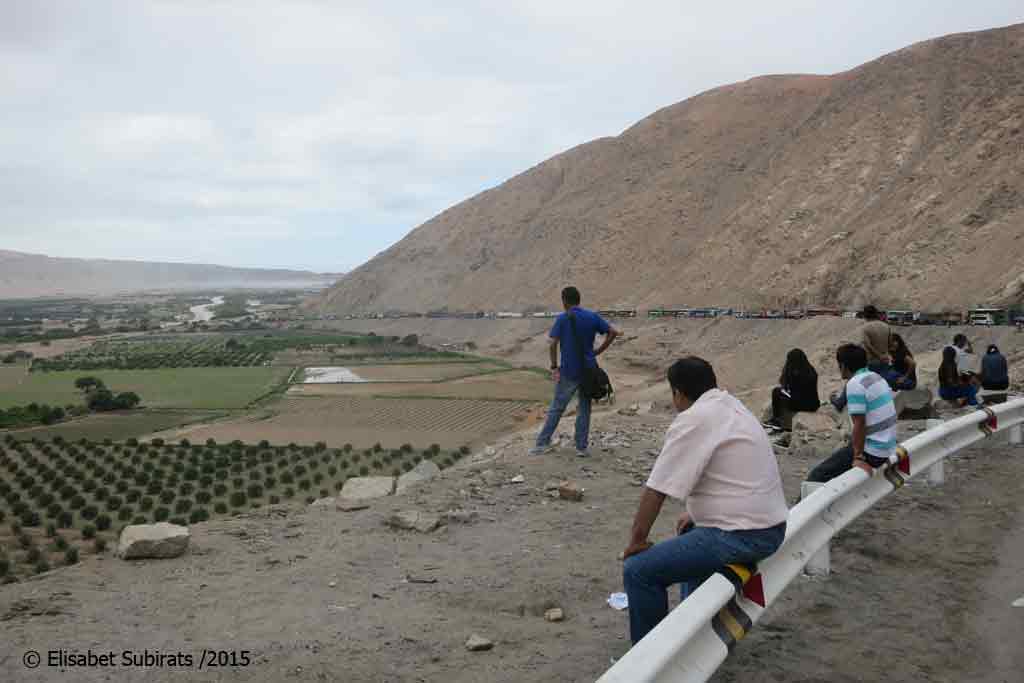 I arrived to Arequipa with the beginning of Easter and I could witness the city’s Via Crucis departing from the Cathedral at night. The weather was much better this time so I booked the Colca Canyon Trek for the following day. 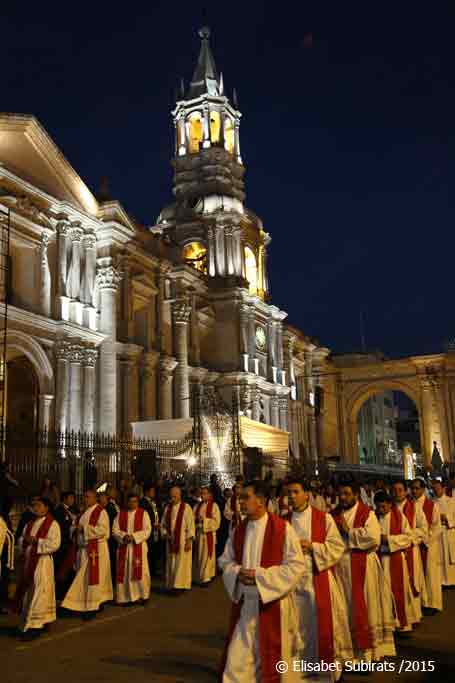 The classical Colca Canyon Trek proposed by the agencies is a 3 days 2 nights trek walking an average of 4 hours a day. Being used to walking more, I chose to do it in 2 days, covering in one day the first and second days of the classical trek.

The bus left Arequipa around 3.30am, we had to drive 200km to Cabanaconde where we could have breakfast. I was in a nice group of people from France, Germany, Peru and Canada, not bad! Our first stop was La Cruz del Cóndor, a kind of viewpoint in the canyon where it is easy to spot these Andean birds. The condor can live an average of 50 years, has a wingspan ranging from 274 to 310 cm and their overall length can range from 117 to 135 cm. 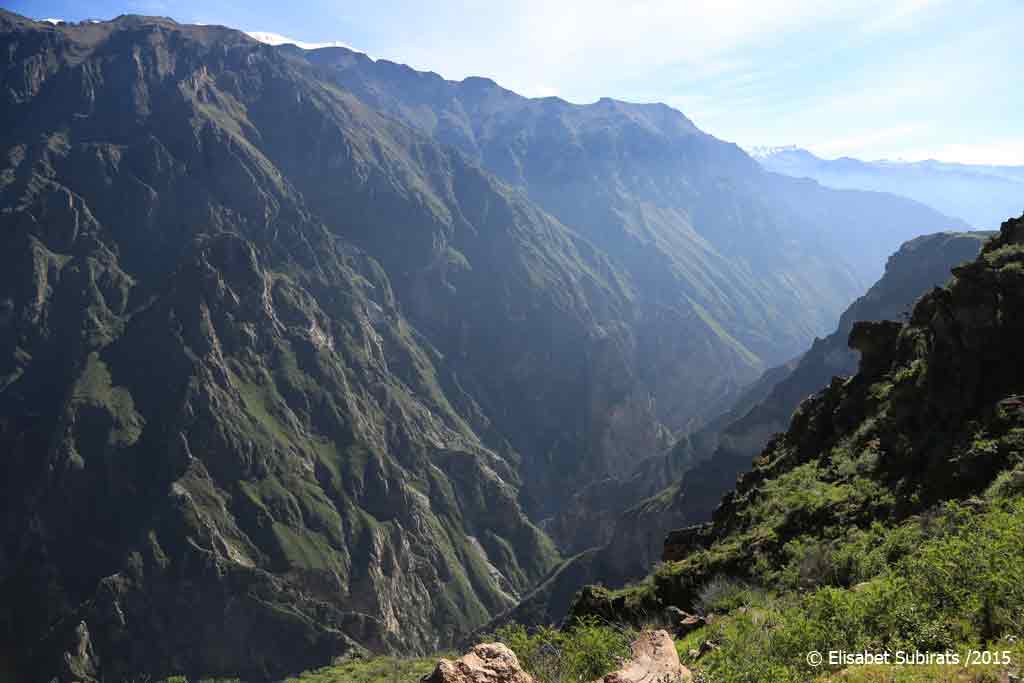 After 10 min or so few condors appeared in the horizon. With their weight (7.5 to 15 kg), condors can’t fly, they glide thanks to the rising currents in this area. I thought that I was not well equipped (good lenses) to take proper pictures of condors but they are so huge and flew so close to us that voilà what I got! 😀

We started walking by 10am. We trekked downhill from 3.300m to reach the bottom, at 2.100m, this first part was not good for the knees! However the views were gorgeous and little by little we reached the bridge which crosses the river Colca. Half an hour more of ascension  this time and we had lunch in the small village of San Juan de Chuccho: soup and alpaca, yum! 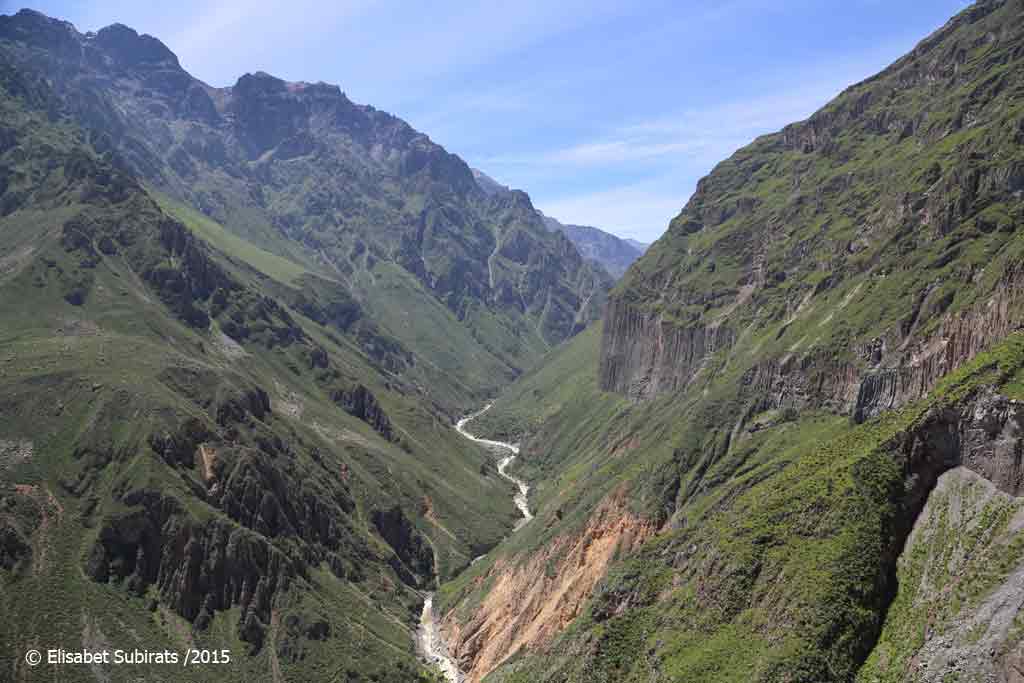 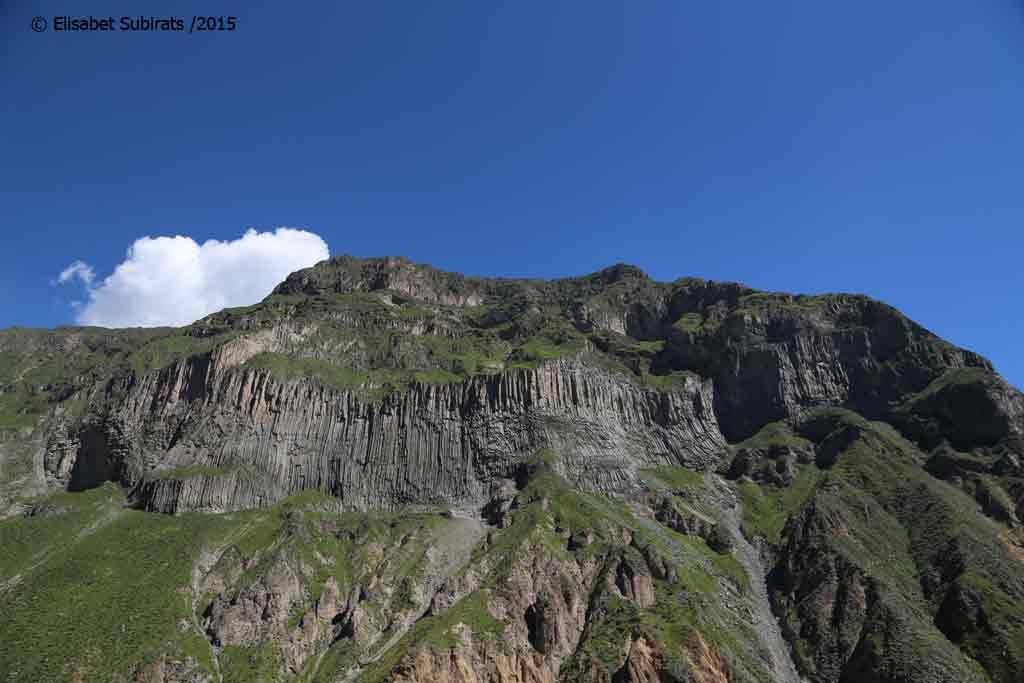 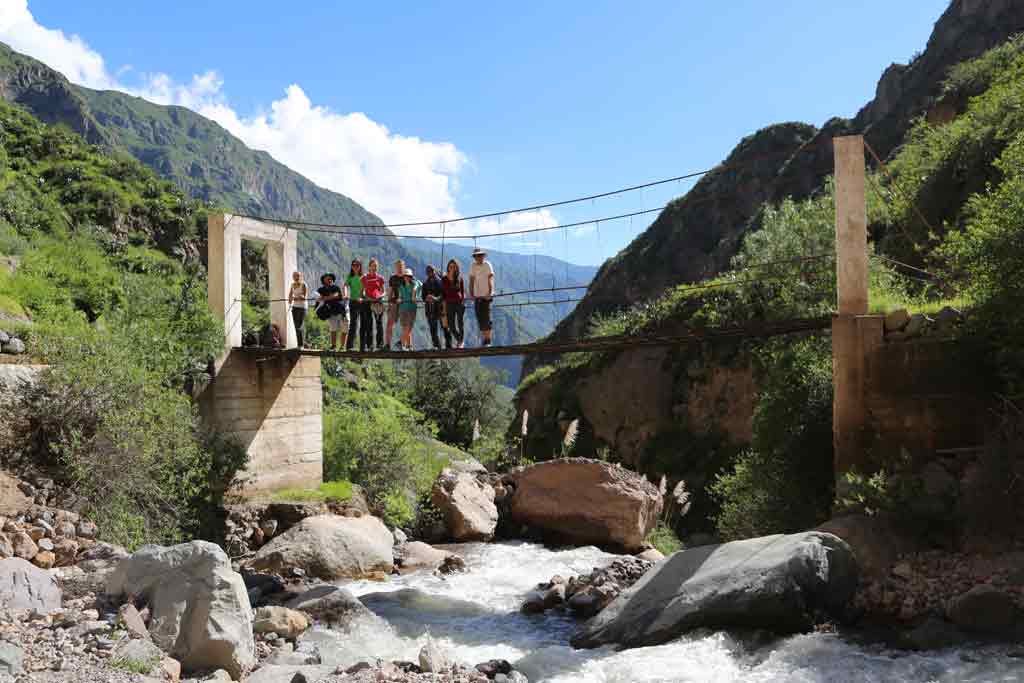 After a relatively flat part, we descended to the deepest point of our trek to reach Sangalle, at 1900m, where we had our accommodation and also a hot pool that I did not touch because it was too late, ha haa 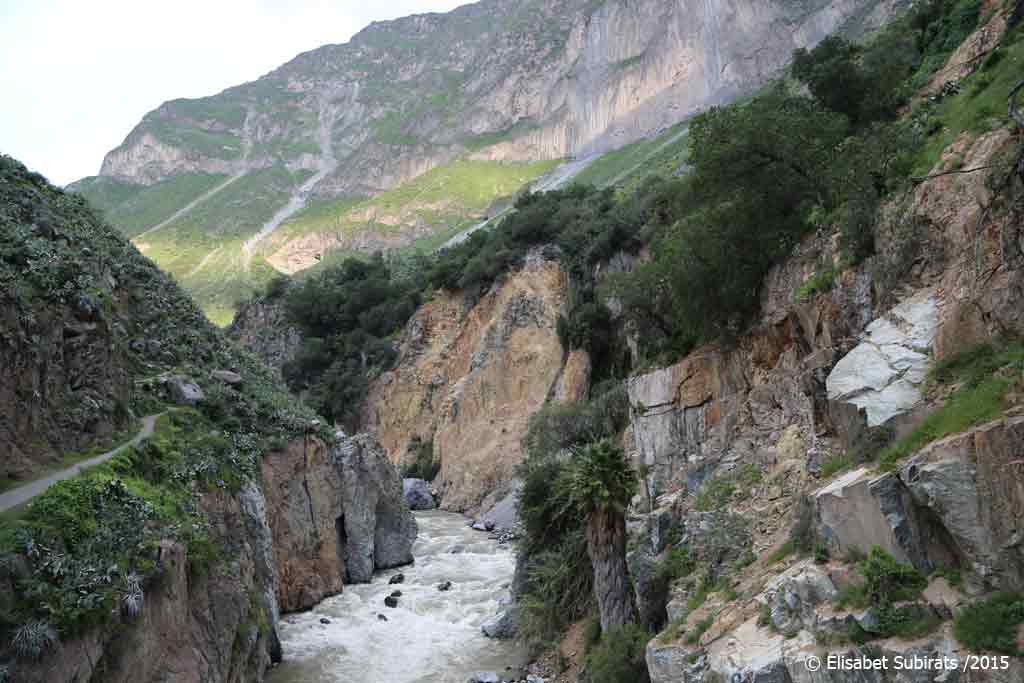 On the second day we started walking at 5.30am, with the help of our head lamps. We had more than 1300m of ascension and the guide wanted to do it without the heat so let’s go! This was my first hike at that altitude and it was very hard. I kept the rhythm during the first part but I had to reduce the walking speed for the last part . . but of course, I did it! 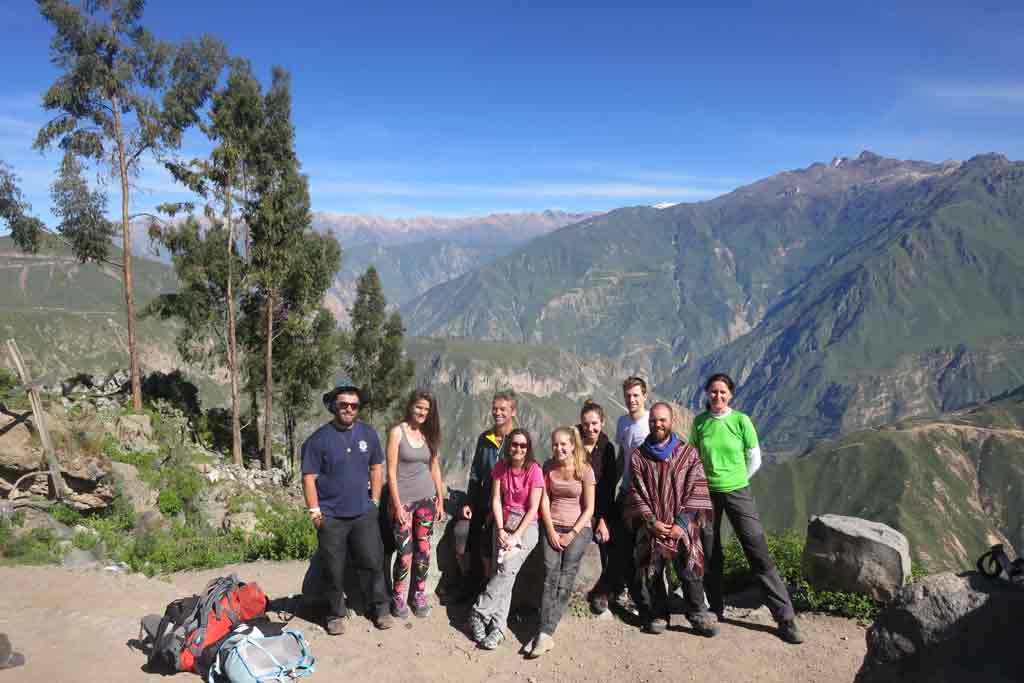 After the final picture a super breakfast was waiting for us at Cabanaconde. On the way to Chivay we did some short stops to see inca terraces and small local villages. Slowly, we arrived to Arequipa at the beginning of the afternoon. 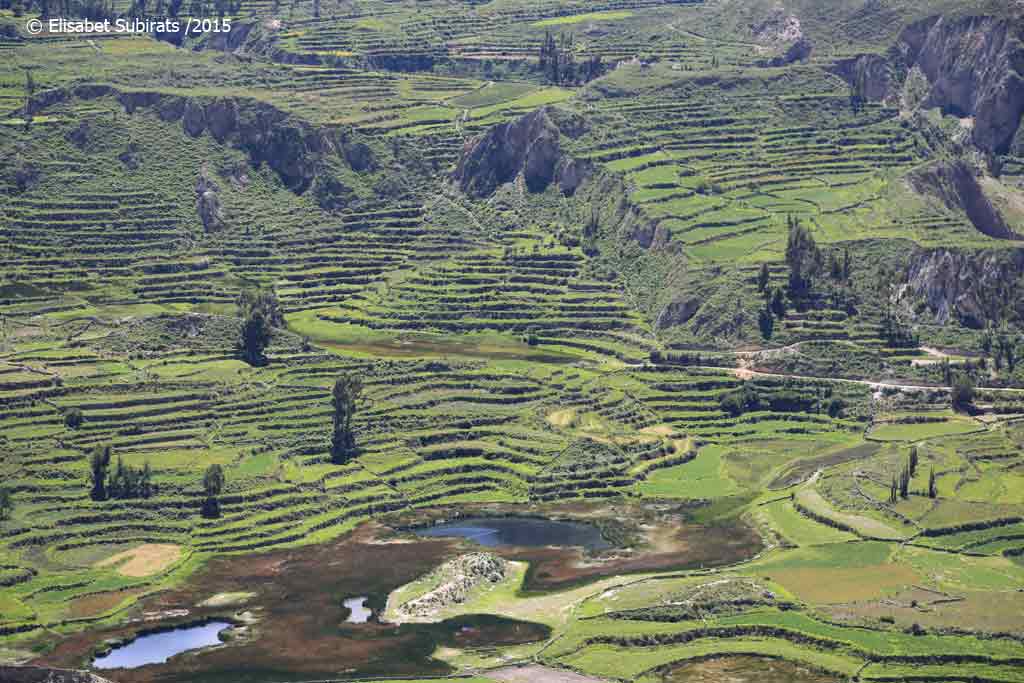 A more than deserved hot shower in the hostel and I was ready to meet Marion, Franceline and Nicolas again, we celebrated the end of the trek with huge pizzas! Norbert joined us later for the drinks: pisco sour for everybody of course! 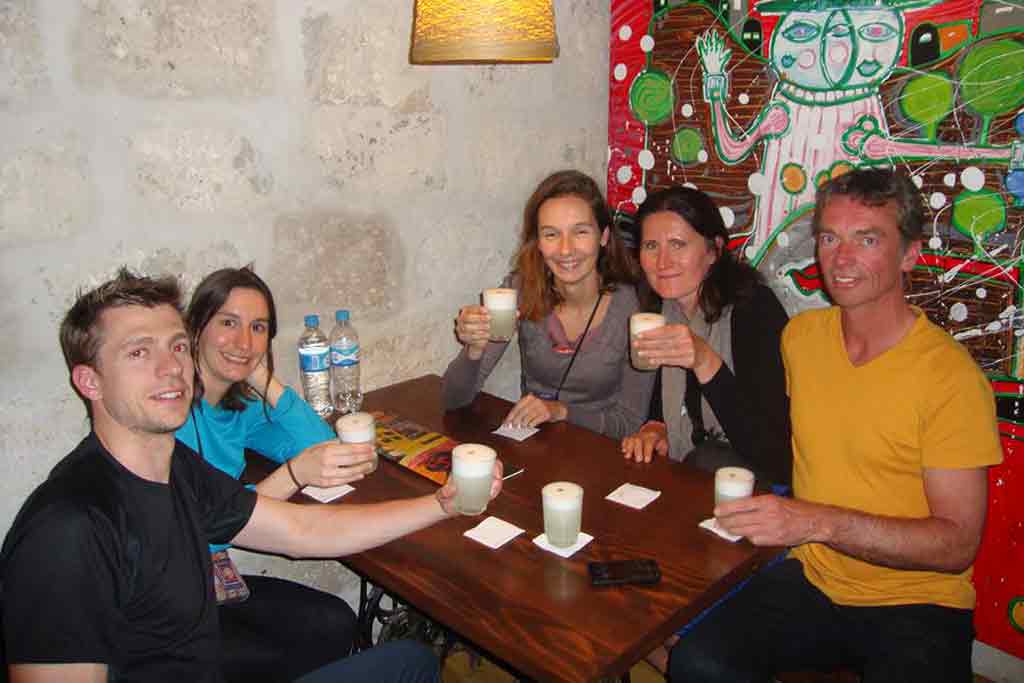 Thanks to all of you for these cool days and hope to see you somewhere soon!

Permanent link to this article: http://holaworld.fr/y-el-condor-pasa-at-colca-canyon/