For those who decide to carry their telephoto lens during the entire trip in Sri Lanka, they will be rewarded with varied wildlife to the point that guidebooks compare Sinhalese National Parks experience to African safaris. Yala National Park was not my first choice (I preferred to visit Uda Walawe National Park) but it was the easiest park to reach from Ella plus it had the incentive of being the place with the highest concentration of leopards in the world. 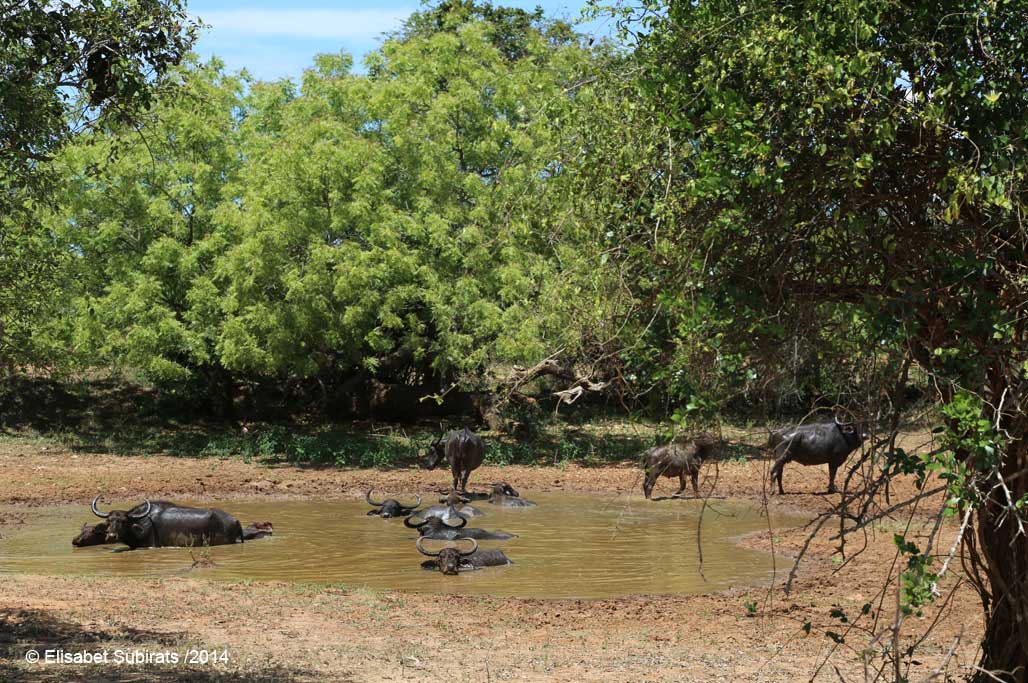 Our jeep left the guesthouse direction to the park at 5.00 am because the best time to spot the animals is early in the morning. Sadly, at the park entrance I could see that there is no daily quota for people or jeeps entering the park and many jeeps had only 2 passengers. Once the tickets purchased, we entered the park and only ten minutes later we saw a leopard hidden in the bush. This leopard decided to leave the bush to walk along our road and everybody was very excited but when between the big cat and your jeep there are three more jeeps is less fun. 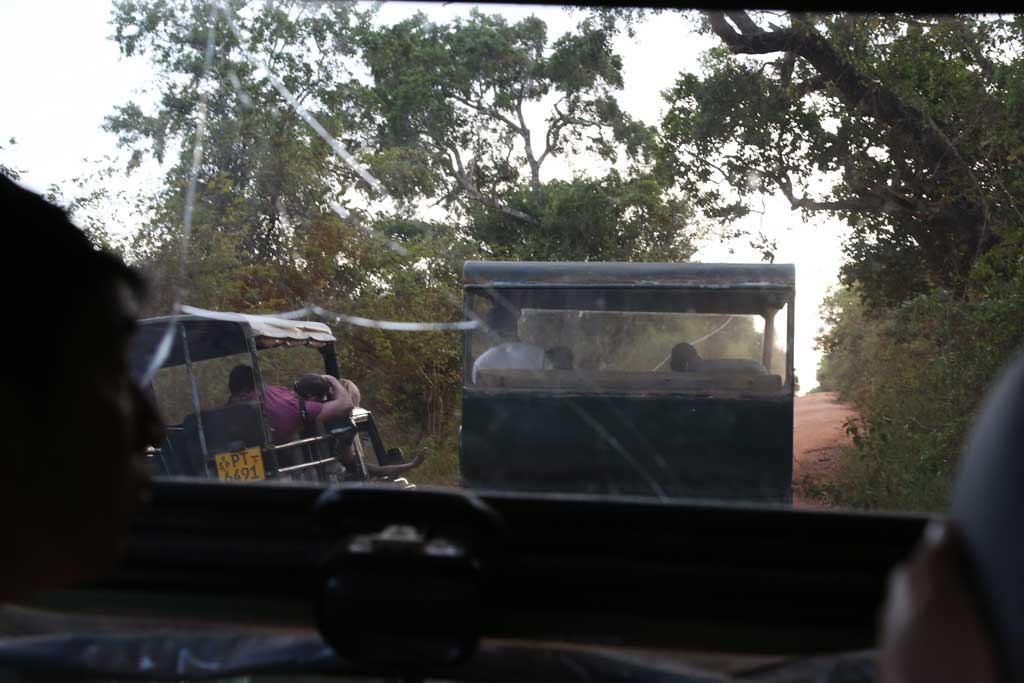 Try to take a picture of the leopard!

Yala is not the best park to spot herds of elephants. Still, we met a little group of elephants in the bush. One elephant had a baby elephant with her, he was so cuuuuteee! But the only picture that I could take of the animals was between a tree and a jeep, it was very frustrating! 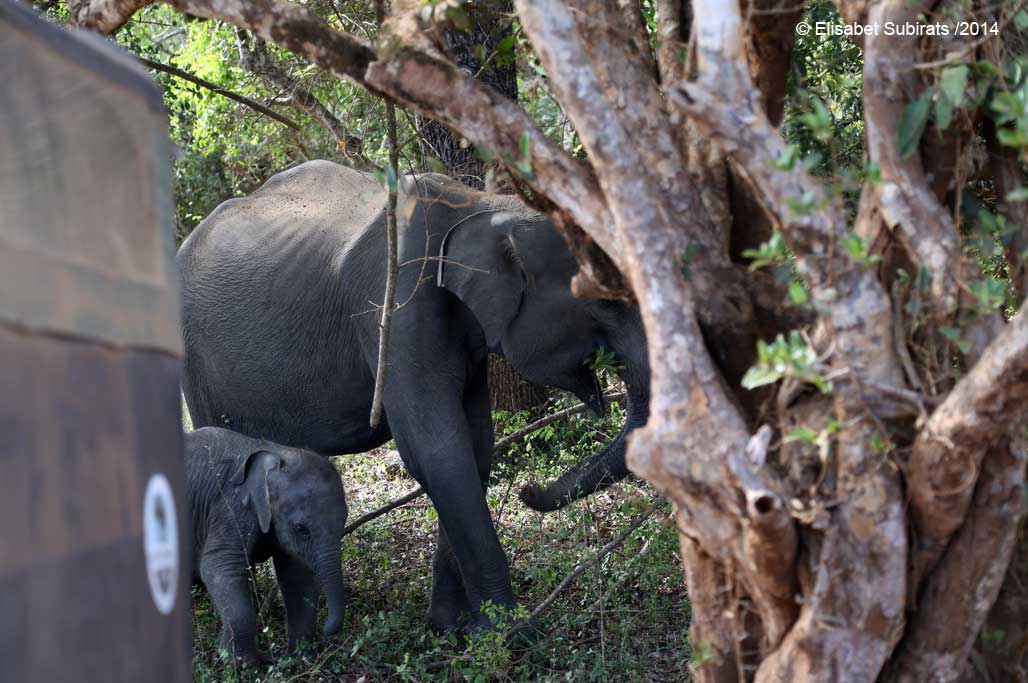 It seems that the jeep drivers communicate between themselves by cell phone. At a certain point we were enjoying the landscape alone when our driver received a call and unexpectedly he turned around and started driving like a mad (he almost killed a bambi who was trying to cross the road) just because a colleague had spotted another leopard few kilometers north. Of course, when we arrived the big cat had disappeared and only 5 jeeps were still there, one of them half overturn. Idiots! 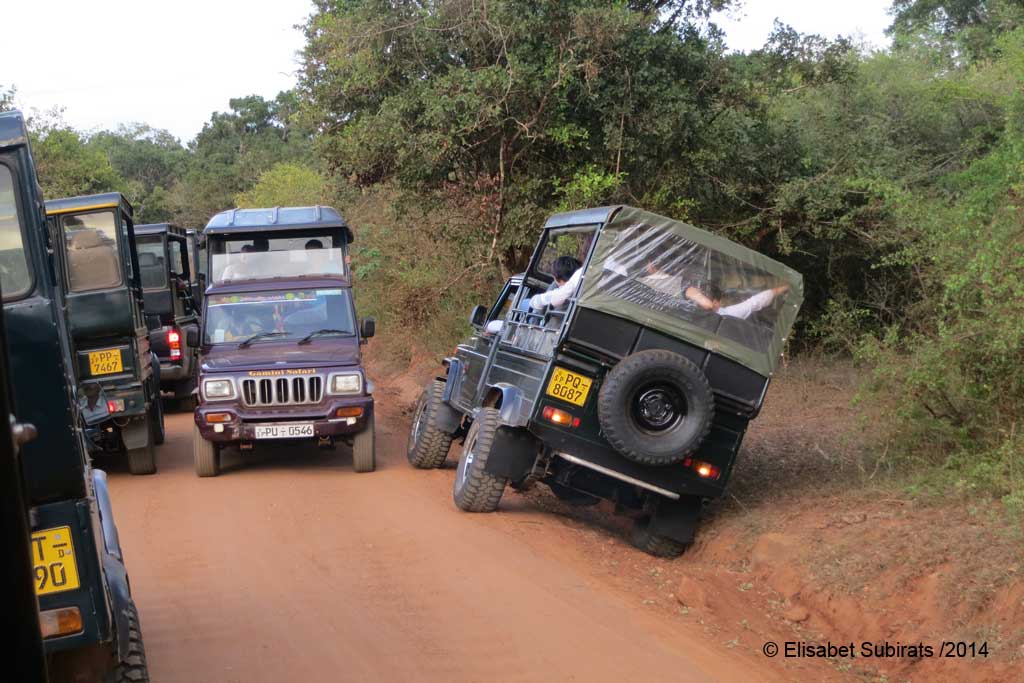 Despite these misadventures, landscapes are beautiful and I could spot leopards, peacocks, crocodiles + pink flamingos (the flamingo on the picture below is going to be eaten by the crocodile coming!), elephants, wild chickens, water buffaloes, bambis, Ruddy Mongooses, monkeys (if you enlarge my last picture you will see that both mum and baby monkeys are eating!) and an eagle. One of the jeeps told us that they saw a leopard attacking and killing a water buffalo, like in National Geographic videos . . .  that people must be still be freaked out!! 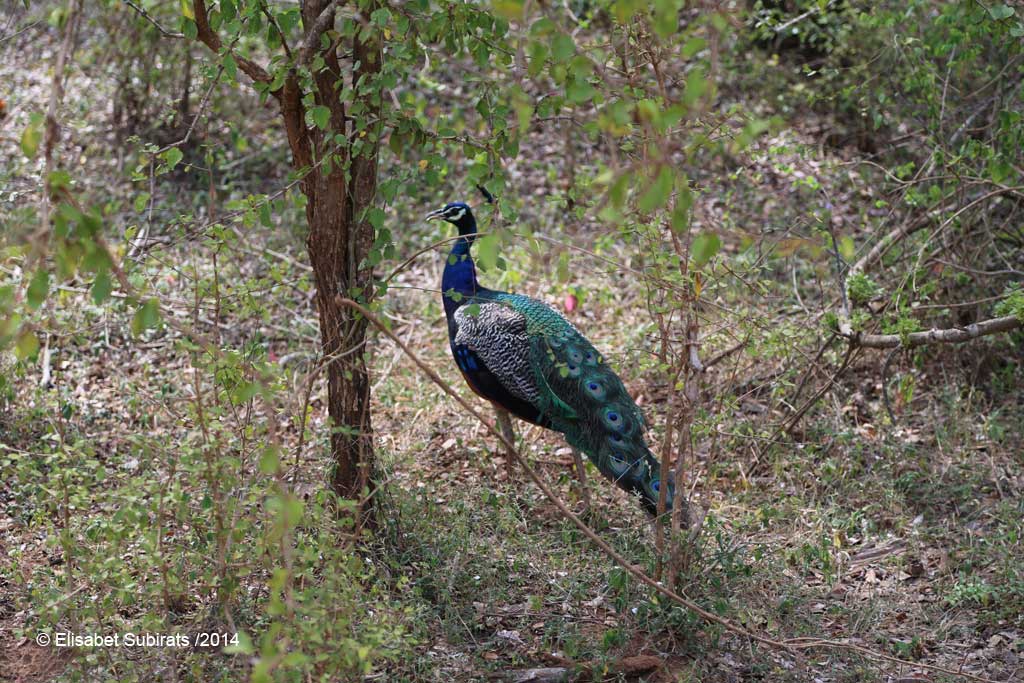 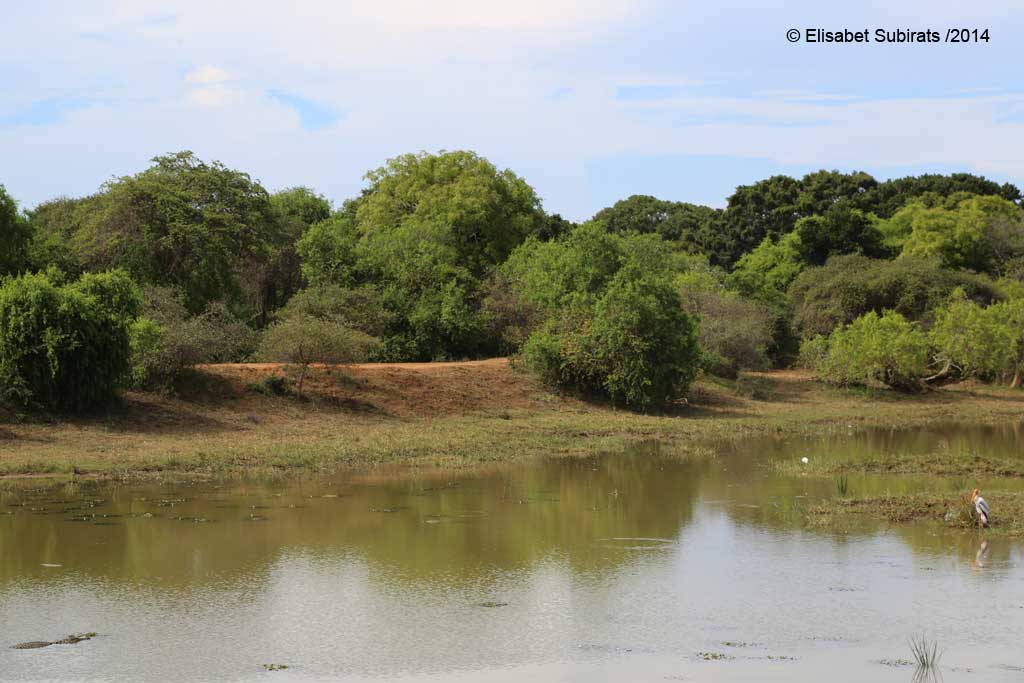 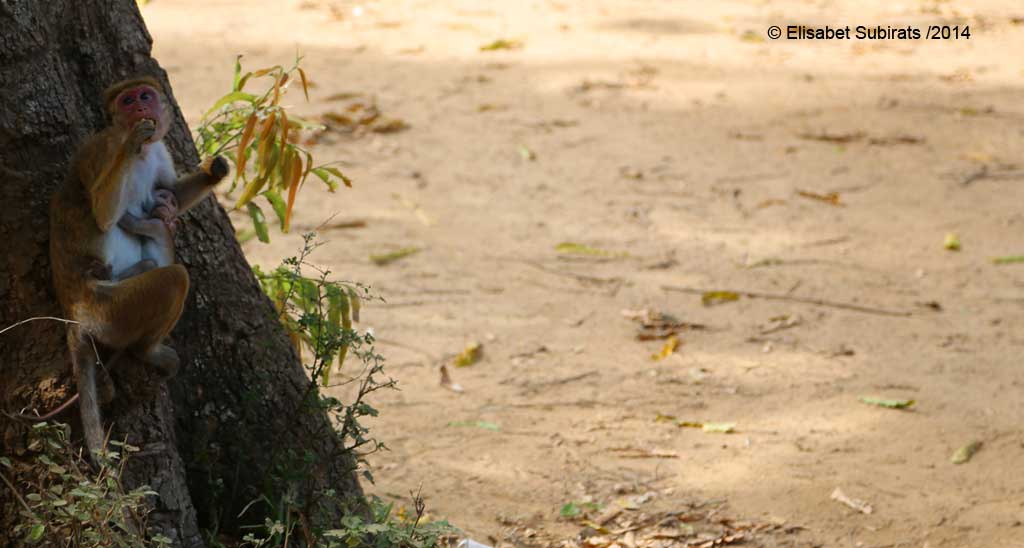 Will I do another safari in the future? Definitely NOT like this . . .

Permanent link to this article: http://holaworld.fr/yala-national-park-safari-never-more-like-this/