From San Pedro to Uyuni

To enter Bolivia, I booked a 3 days tour from San Pedro de Atacama to Uyuni. We were a cool group of 6 people: Cata and Tomas from Chile, Katrin and Henrich (Quique) from Germany, Coralie from France and me. We had 1000km of hard road ahead reaching the 5000s on the first day, no need to say we all had our pockets full of coca leaves, lol

On day 1, our guide picked us up at our hostels in San Pedro early in the morning. We crossed the border in less than an hour and after a good breakfast the adventure started. Day 1 was the day of lagunas in Reserva Nacional Eduardo Avaroa. Lagunas’ different colors (Laguna Blanca, Verde and Colorada) are due to different minerals in the water.

The most impressive one was Laguna Verde. When we arrived it looked like the Laguna Blanca (so white color) but then the wind started to blow and the zinc and copper on its bottom came up to the surface changing laguna’s color in less than 20 minutes . . . it was very spectacular! The mountain behind is Volcán Licancabur (5920m). 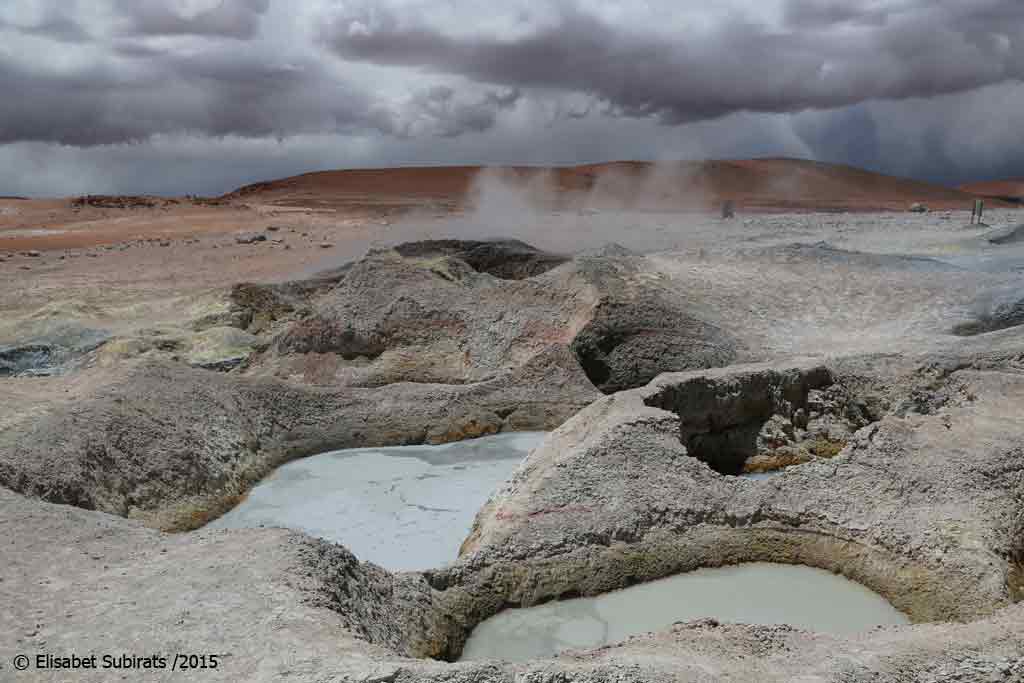 We arrived at our refugio (4300m), by Laguna Colorada early in the afternoon. The standard of the refugio was described by the agency as “basic” for foreigners and “extreme” for Chileans, for me it was just ok, lol

On day 2 we visited the Laguna Colorada and did some more stops with interesting rock formations. The laguna’s highlight are its pink flamingos which take this color from laguna’s red algaes. 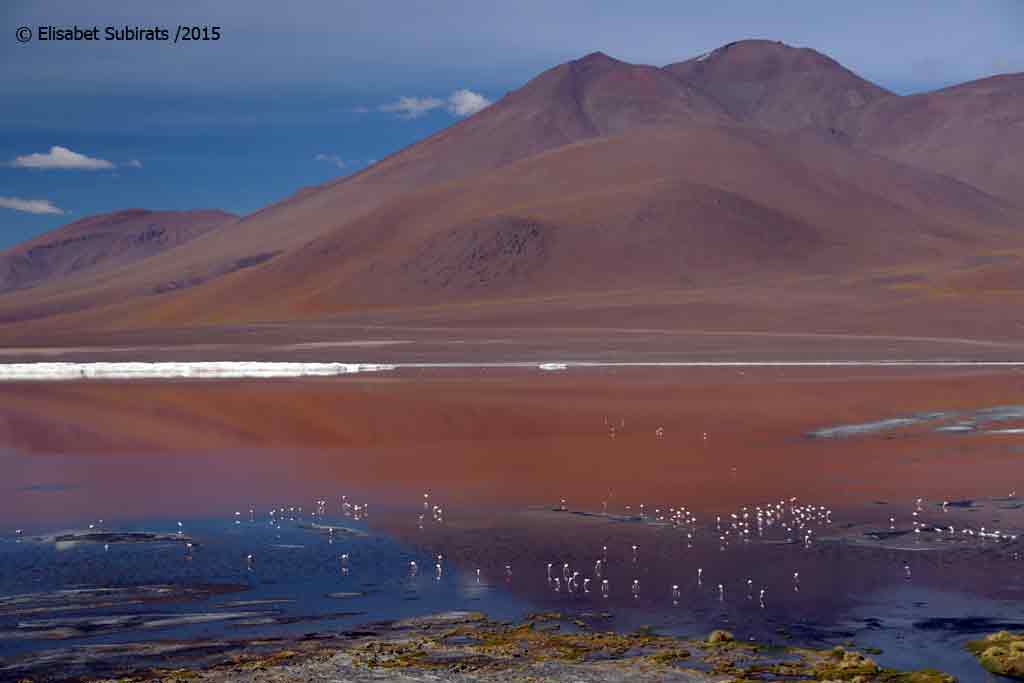 We slept in Uyuni that day.

On day 3,  we woke up at 5.30 to arrive to the salt flats on time for the sunrise. Salar de Uyuni is the largest salt lake of the world (10582m2), at 3656m.  The lake is covered by a few meters of salt crust, which serves as a source of salt and it is exceptionally rich in lithium (it contains 50 to 70% of the world’s lithium reserves). This lithium is in the process of being extracted and few facilities have already popped up around the lake so hurry up to visit this natural wonder before it will look like a mega lithium factory!

The large area, clear skies, and the exceptional flatness of the surface make the Salar an perfect playground for some silly pictures . . . enjoy!! 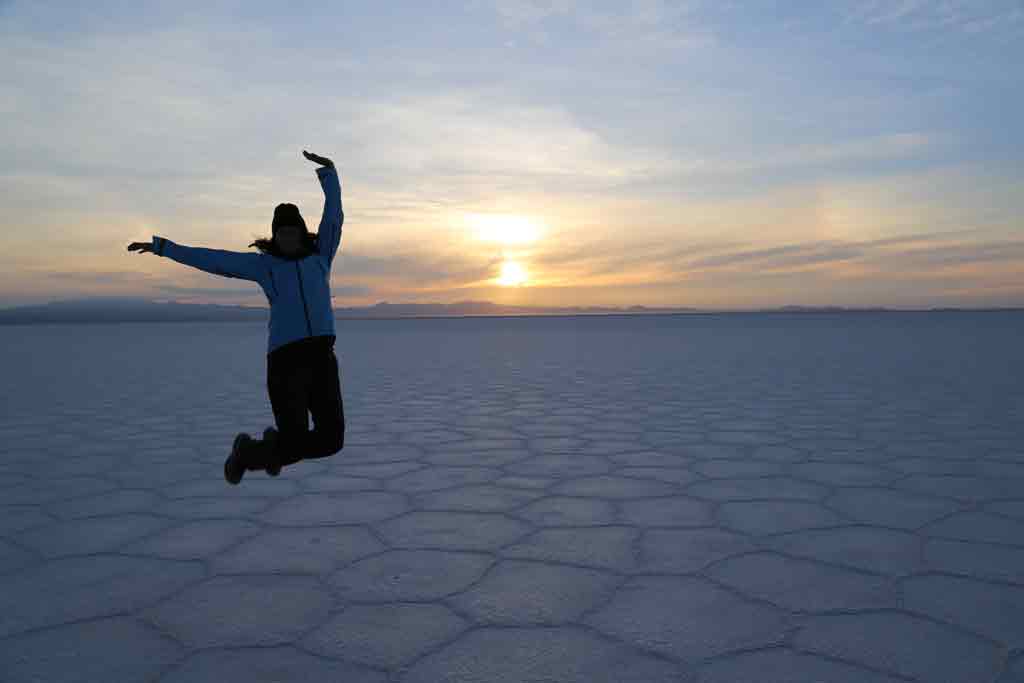 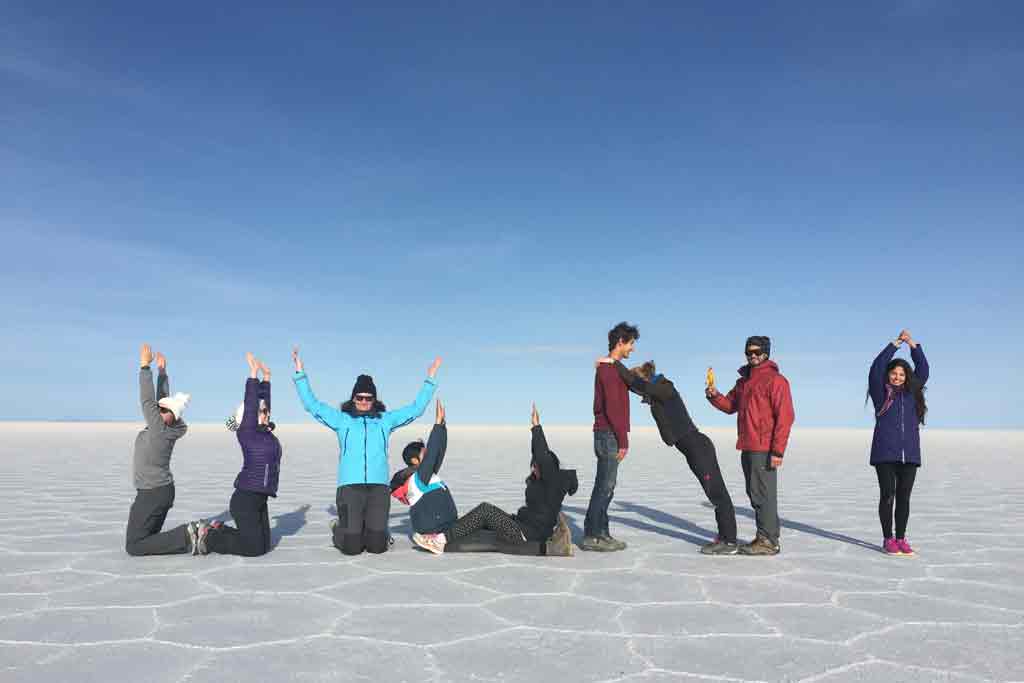 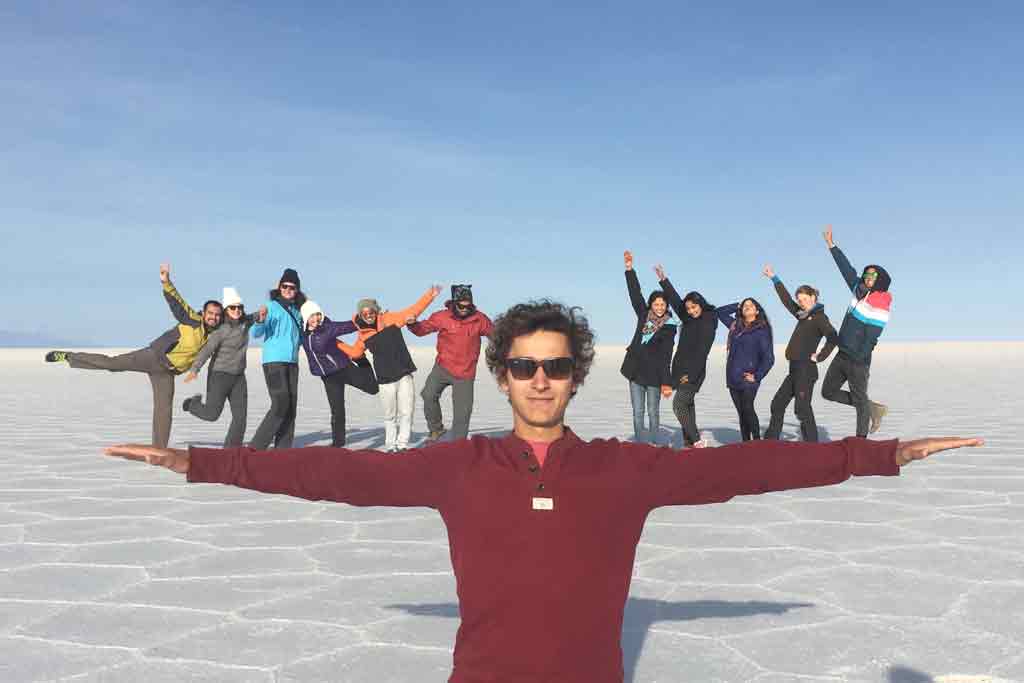 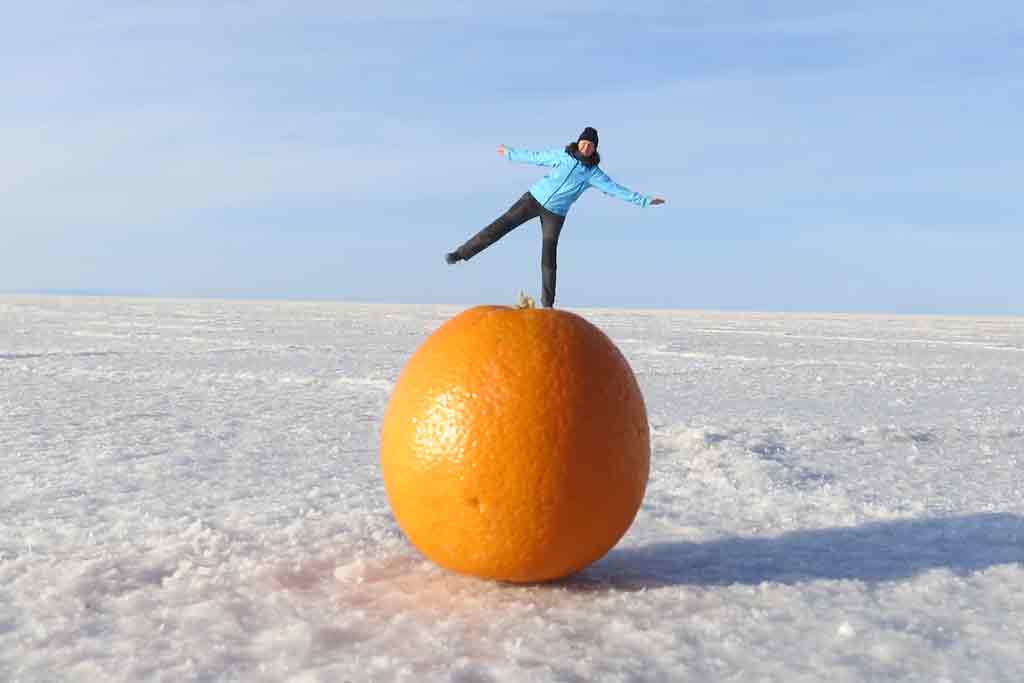 The tour finished at lunch time. We chose an isolated area few km far from the salt lake and away from the dust of the road. Suddenly we were surrounded by heaps of lamas escaping from the storm, it was so beautiful!! I don’t think I will never get that closer to wild llamas like that day!! 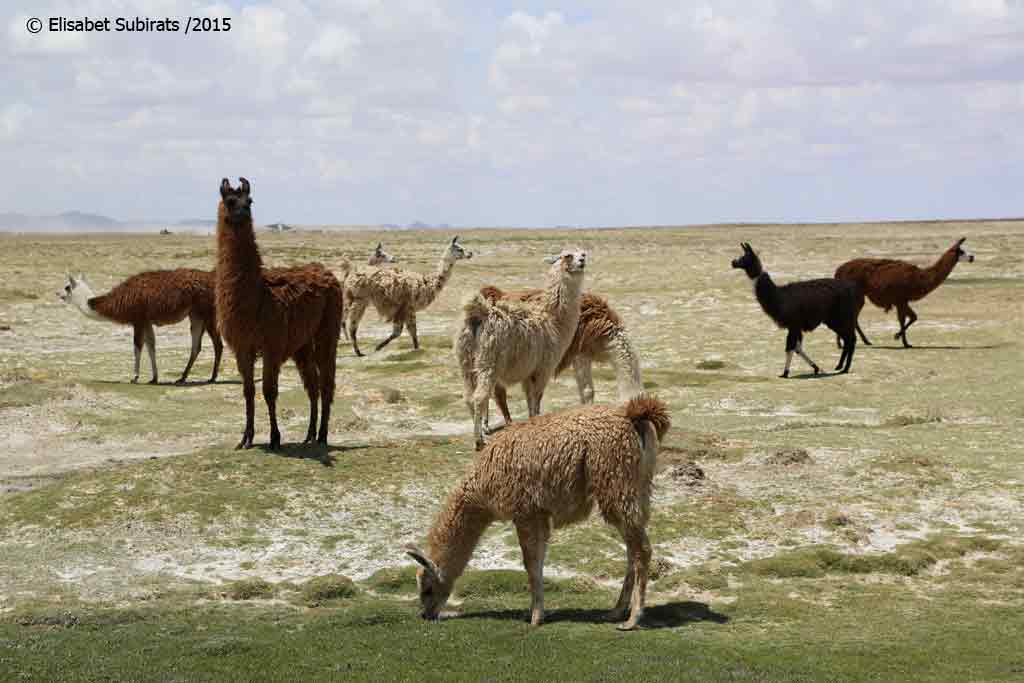 Thanks to Flavio, our super Uyuni guide, and to the group for this funny tour x

Our Uyuni Tour Video (by Coralie) :

Permanent link to this article: http://holaworld.fr/from-san-pedro-to-uyuni/