After some days exploring off the beaten paths in the South, I took a domestic flight to Bagan, one of the three main tourist sites in Myanmar, where I spent three days. Bagan is best known for its archaeological site, with thousands of brick temples and for its sunsets or sunrises from its roofs. Well, nobody knows exactly how many temples Bagan has but who cares about the exact number? This is just a fantastic site!

Early in the morning, I hired a bicycle to explore Old Bagan but the roads were in so poor condition and it was so terribly hot that after half an hour I wanted to get rid of my bicycle, lol. In one of the temples, I was lucky to find two guys who invited me to share their horse cart and with them I visited the main and most beautiful temples with 0 effort (well, it is a more expensive option than the bicycle, that’s the only effort). 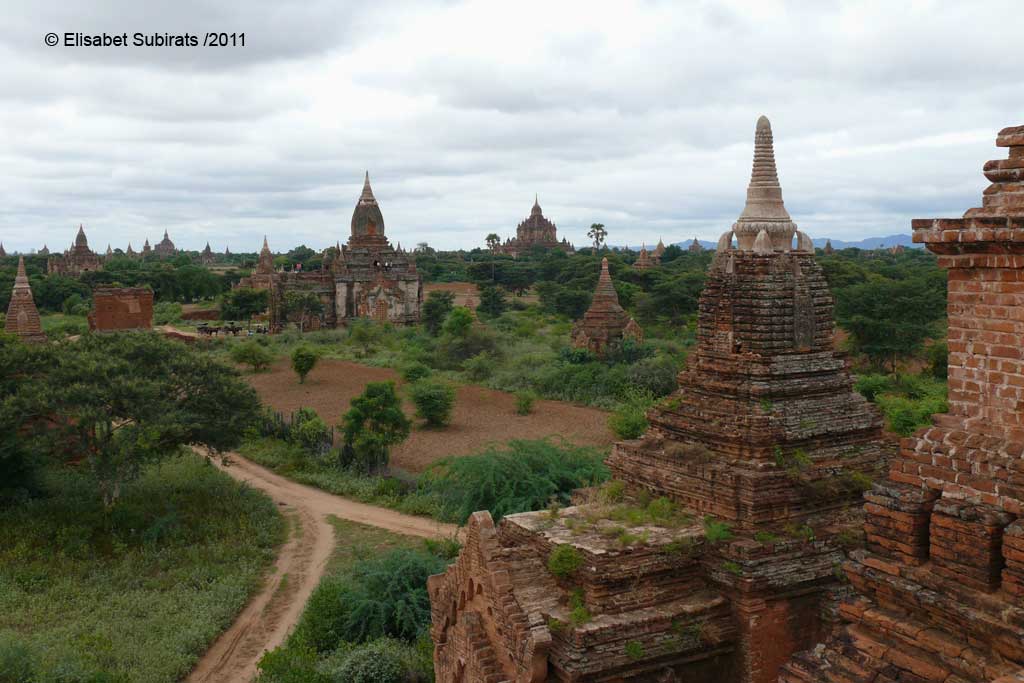 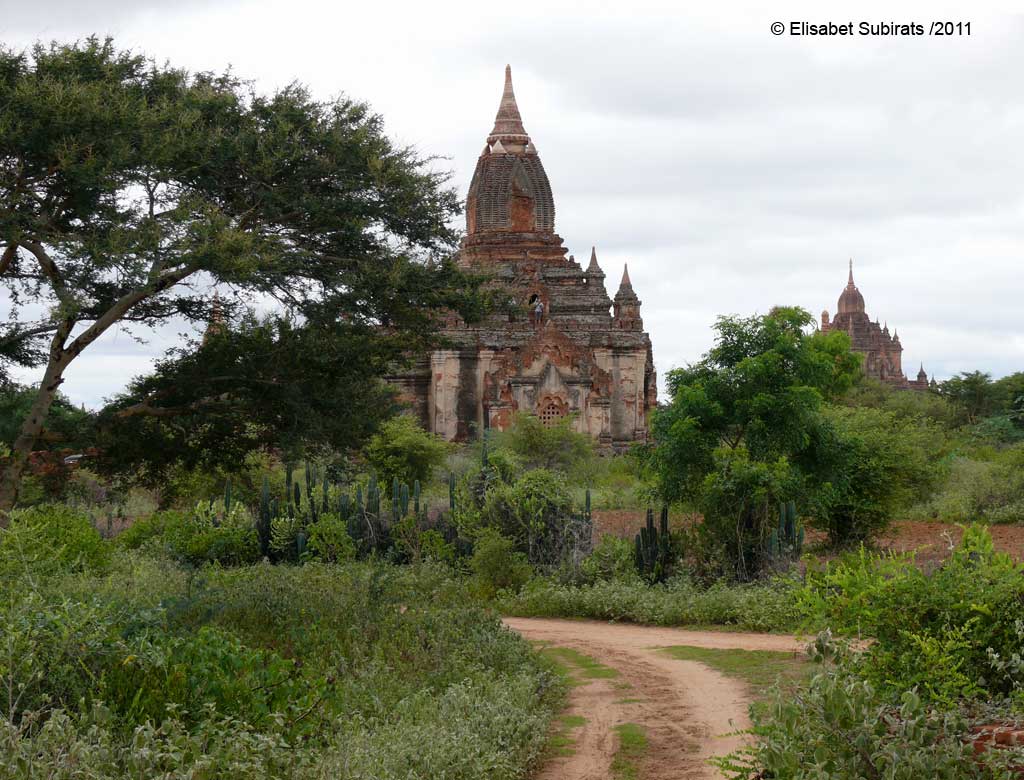 Bagan’s temples are the result of the religious fervor of the kings ruling here from 850 to 1300 AD. Bagan’s glory days coincided with the region’s transition from Hindu to Buddhism, that’s why temples are built in different styles and for different religions. Also, each dynasty ruling Bagan during all those centuries meant different stylistic influences. 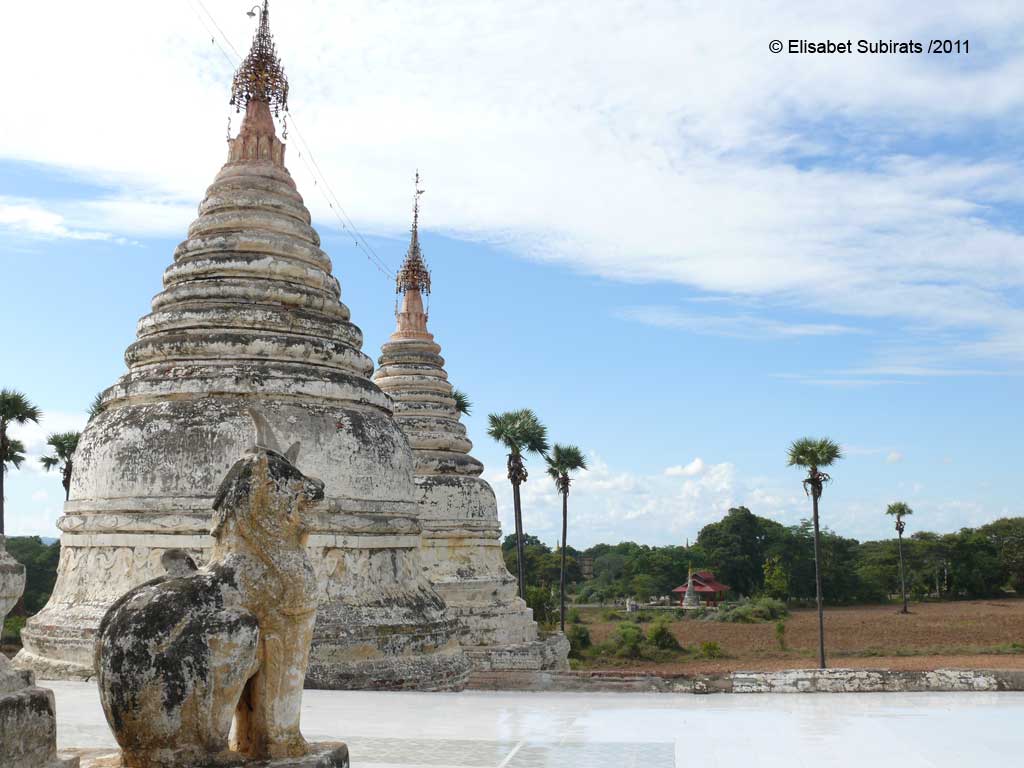 Before entering the temples I found interesting to read the informative panels outside, most of the temples had an interesting history behind. These panels also indicate the temple’s main highlights. 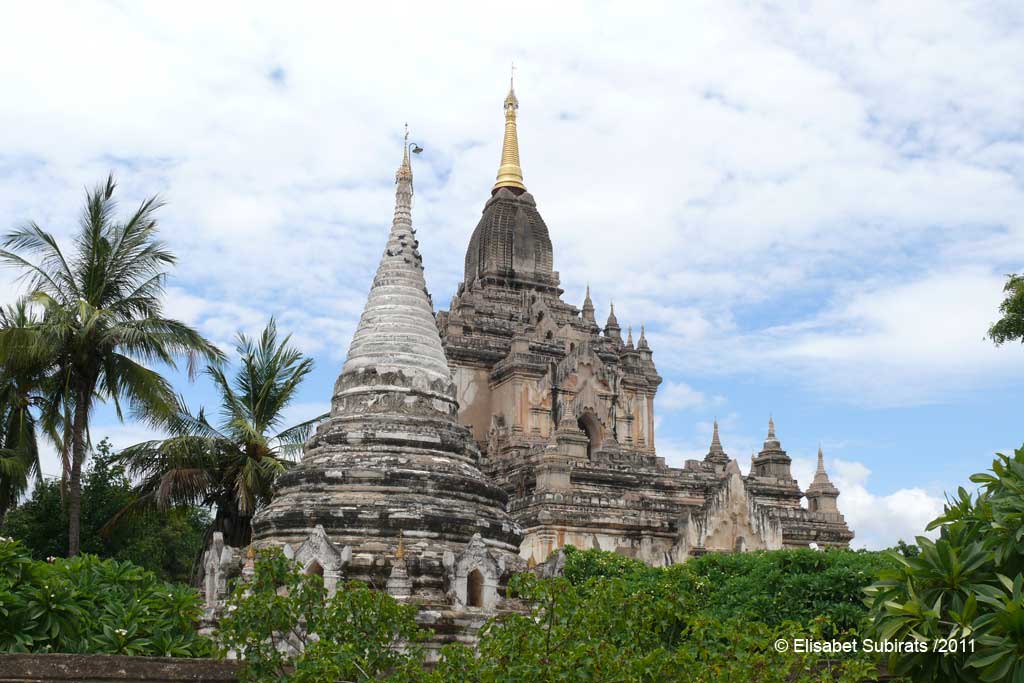 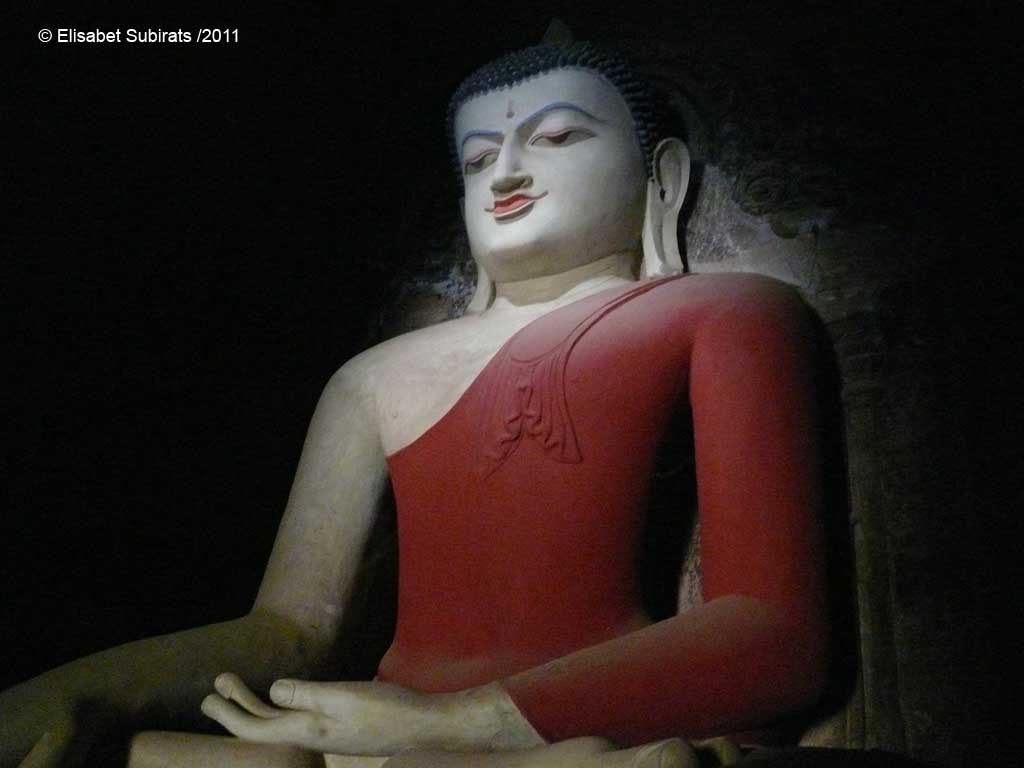 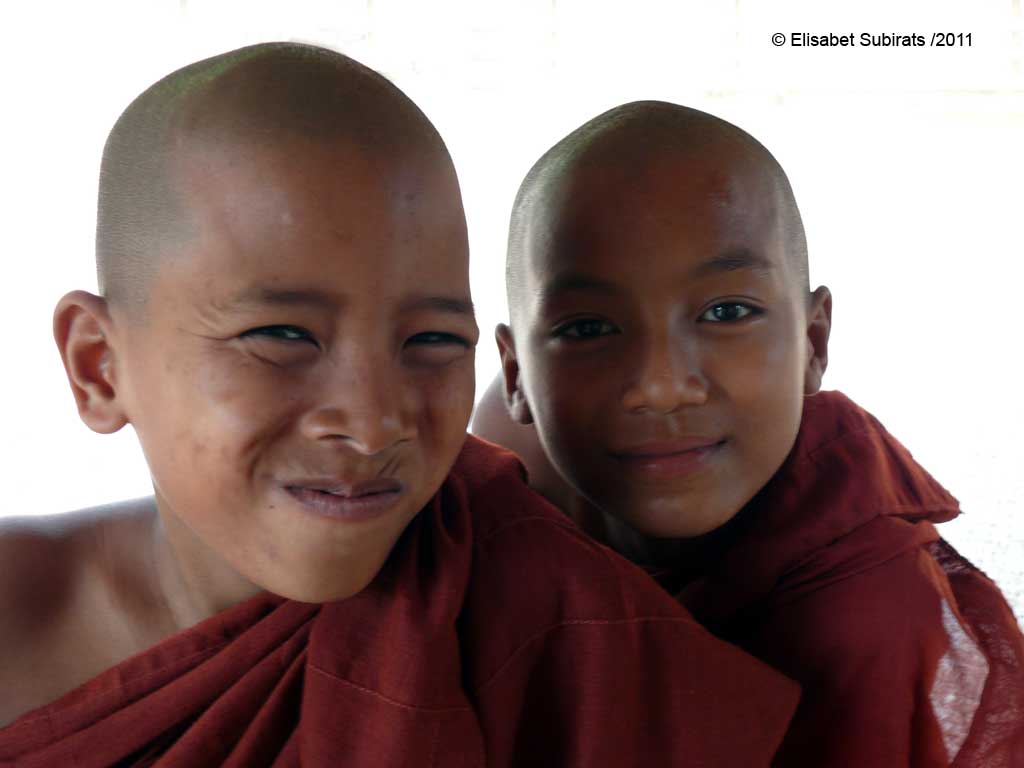 In the afternoon, my friends were too tired to stay longer so I said goodbye to them and went to the starting point to get my bicycle back. The air was cooler so I rode for a while visiting some other minor temples with the last hours of daylight. Alas I was not lucky that day, some clouds covered the sunset and I have no sunset picture to show. I will need to come back to Bagan to remediate, one day 😉 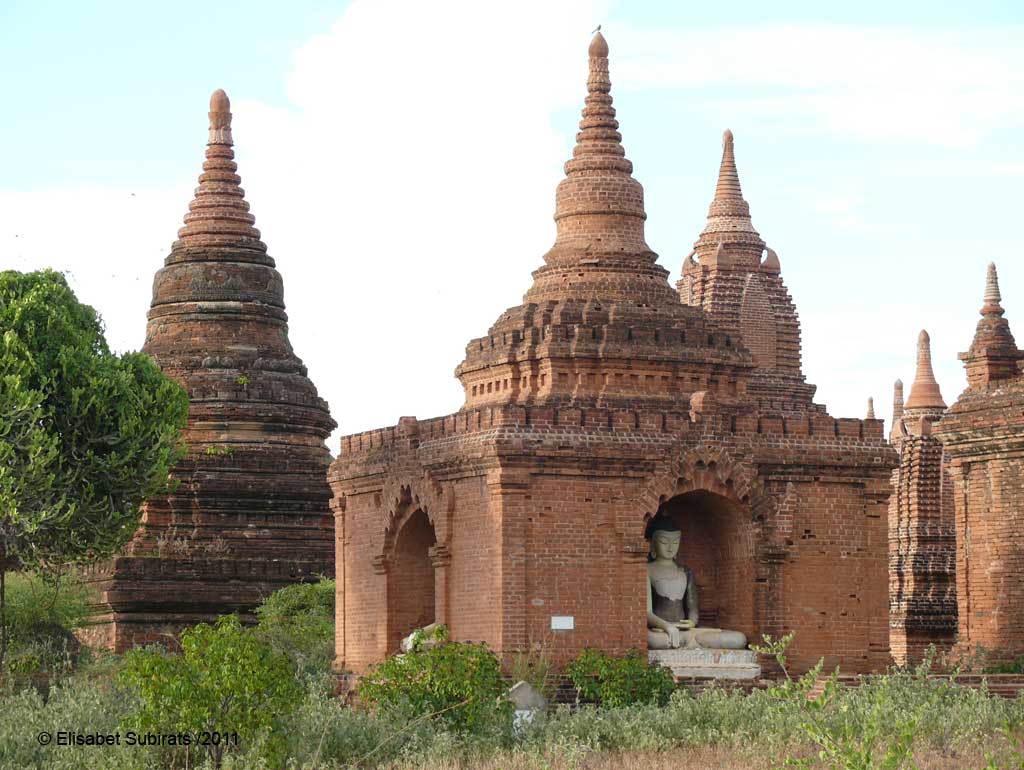 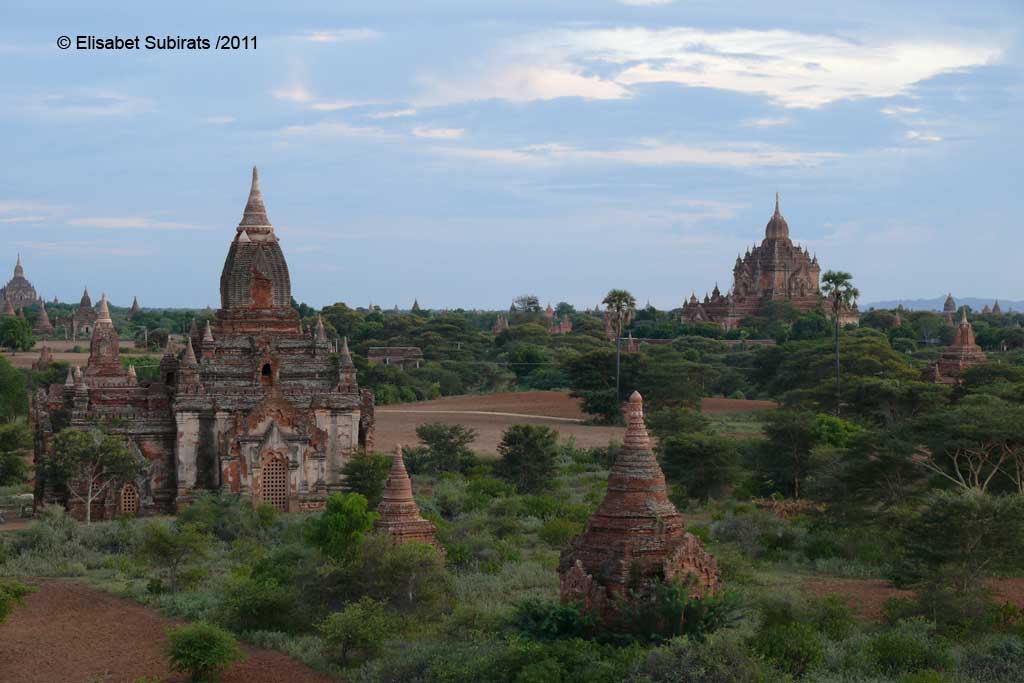 From Bagan, there are many interesting day trips /half day trips to do so it would be a pity to go to Bagan only for the temples. Most people choose to visit the Buddhist monastery at the summit of a volcanic plug called Taung Kalat (also wrongly called Mt Popa). This monastery is the house of 37 nats, or local spirits, much venerated by people in Myanmar. Nats are a particular underworld full of legends, superstitions and much folklore. The stairs up to the temple are steep and after a certain point there is not much to see apart from a bunch of monkeys but views from the top of the temple are gorgeous so it is worth the effort! 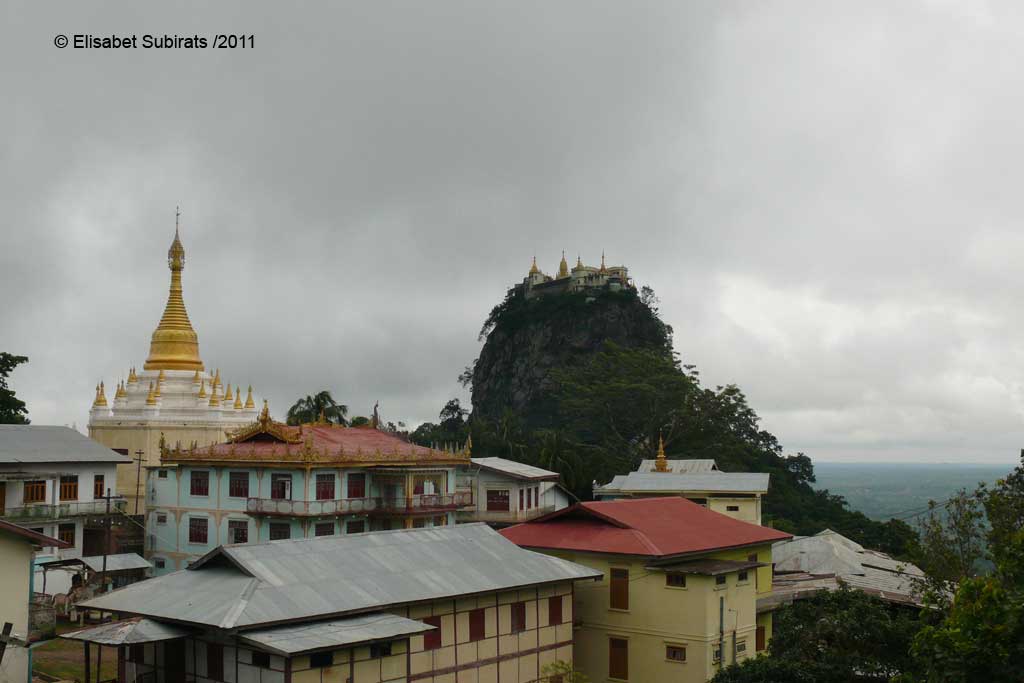 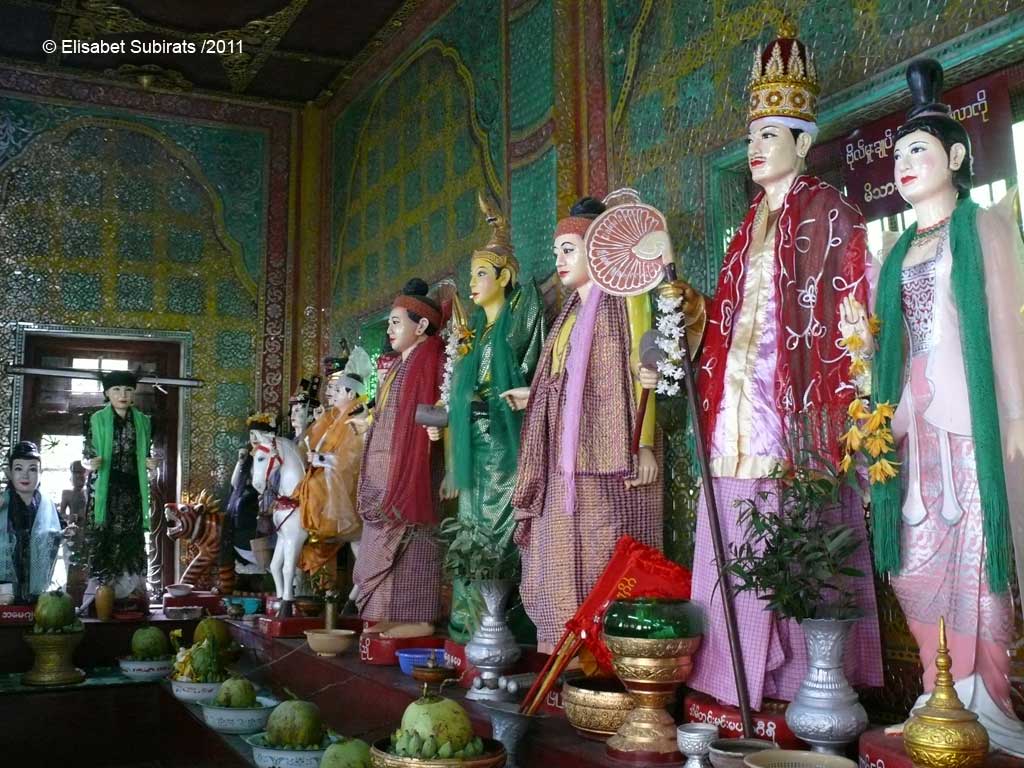 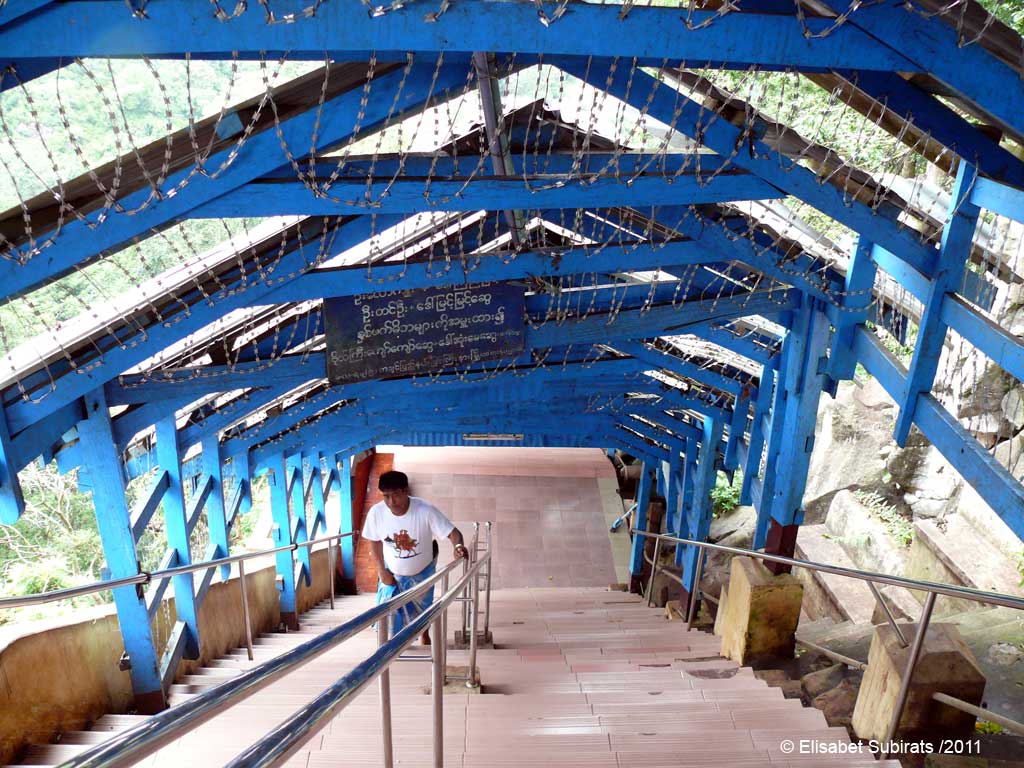 Mount Popa, the true one, is a volcano 1.518 metres high located about 50 km southeast of Bagan (Pagan) in Pegu Range. It was a nice 2 hours climb but I did it during rainy season and the fog covered the views from the top. No chance! However, halfway up to the top of Mount Popa there was a nice view to Taung Kalat.

Permanent link to this article: http://holaworld.fr/temples-of-bagan/