Mestia is surrounded by many 5.000 mountains which are the “real” border between Europe and Asia. At the foot of these mountains, some typical villages offer a very picturesque landscape. We left Mestia early in the morning for a three days trek through Upper Svaneti. The real starting point of the trek was the village of Ipari, where we arrived by taxi (4WD). From there we walked around 5 hours up to Adishi (2.100m), a village where only 8 families live permanently. Conditions are very hard here, with snow from November to March and winter temperatures of -35C so most of the people prefer the comfort of big cities. Some houses are prepared to host backpackers and their owners will offer you a much deserved shower plus dinner. Don’t expect to have an interesting conversation  (except if you are fluent in Georgian of course!) because most of them speak few words of Russian and no English. 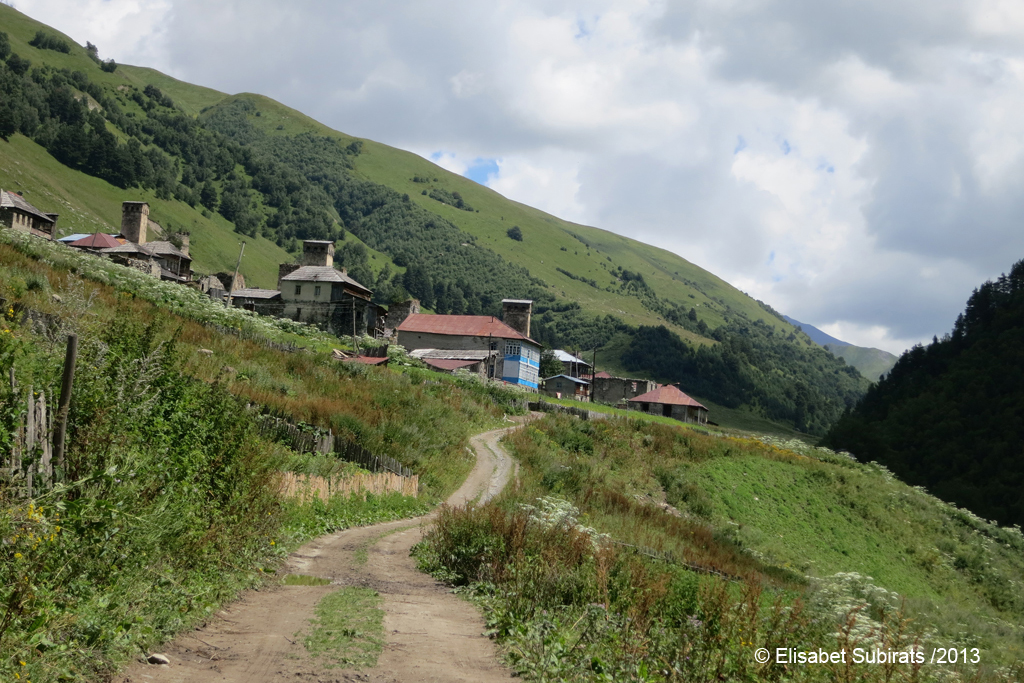 The second day, from Adishi to Iprari, was the longest (6-7 hours), the hardest but also the most beautiful day in terms of landscape. After crossing the river by horse I did most of the climbing to Chkhutnieri Pass (2.700m) with my tongue but it was worth it! Views over Mt Tetnuldi (4.858m) and the glaciers around were magnificent and I could take a nice commemorative picture 🙂 The descent was long and hard for the knees but we crossed beautiful valleys with huge flowers (delphiniums, thistles . .). The sun was shining strong and it was hot. After a short beer stop at a small hamlet, we arrived to Iprari (1.900m) at dusk. In Iprari we found the best guesthouse and the best dinner of the trek. 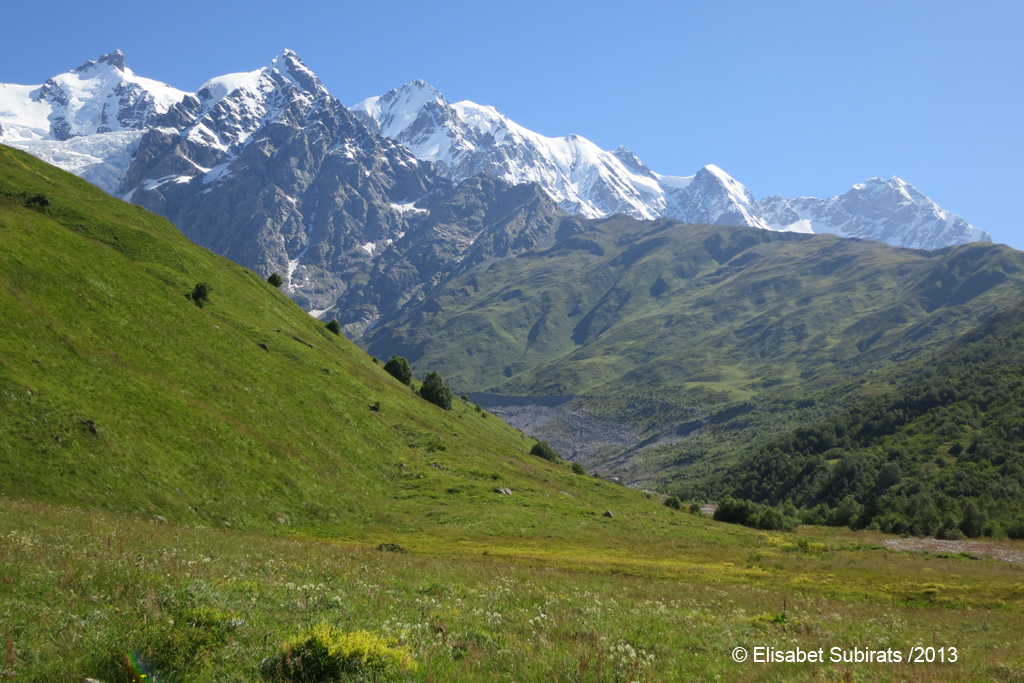 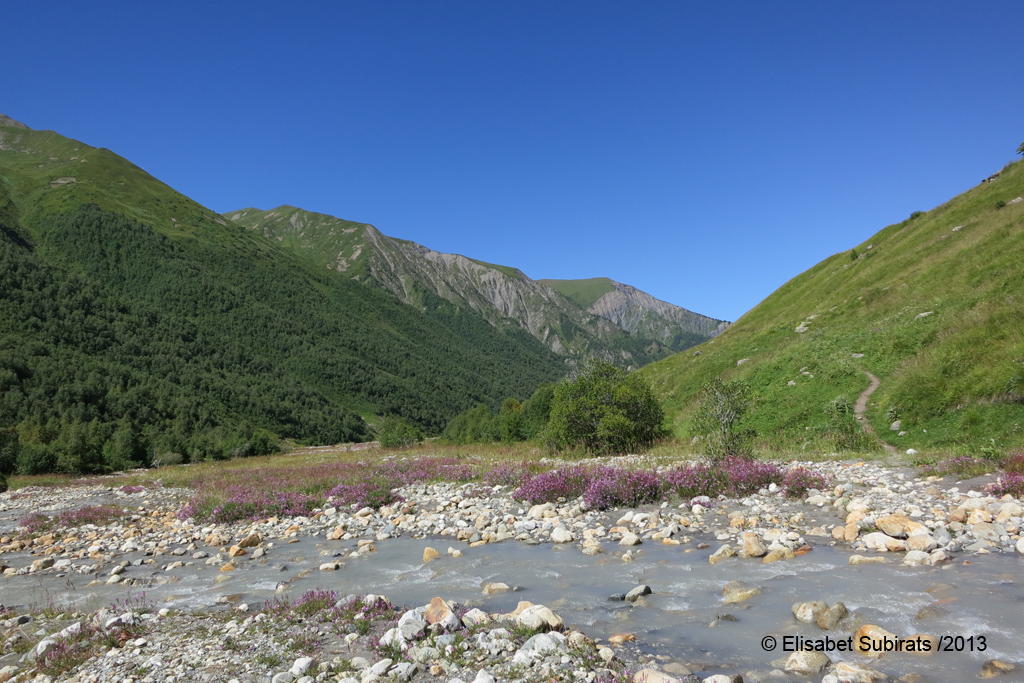 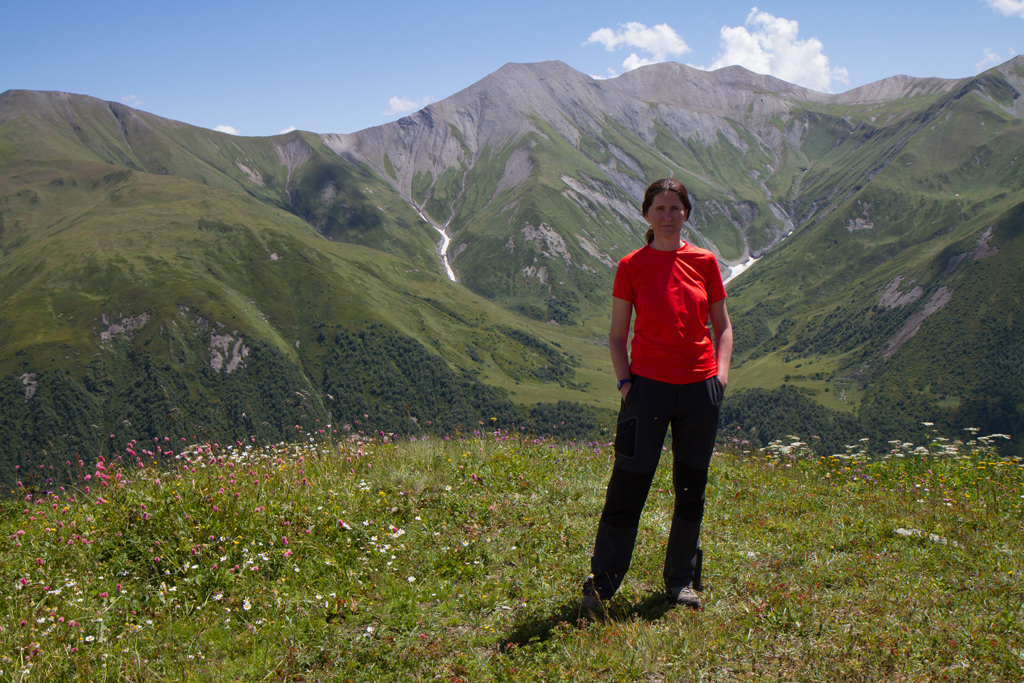 Last day it only took us 3 hours to get to Ushguli. At 2.200m, this village claims the honor to be the highest permanently inhabited village in Europe and it is also rewarded with the Unesco Site stamp. This reputation plus its easy access from Mestia (by car) makes Ushguli a touristy village where accommodation is much more expensive, services are poorer and locals rude! We decided not to spend the night here and we only did a short walk to visit some sights around until the afternoon, when we took a taxi back to Mestia. At Mestia after a much deserved shower, we finished the day at our (already) favorite restaurant, “Laila’s”, with a large choice of local food. The Svaneti region was the highlight of my Georgian trip and I have very nice memories of this three days trek! 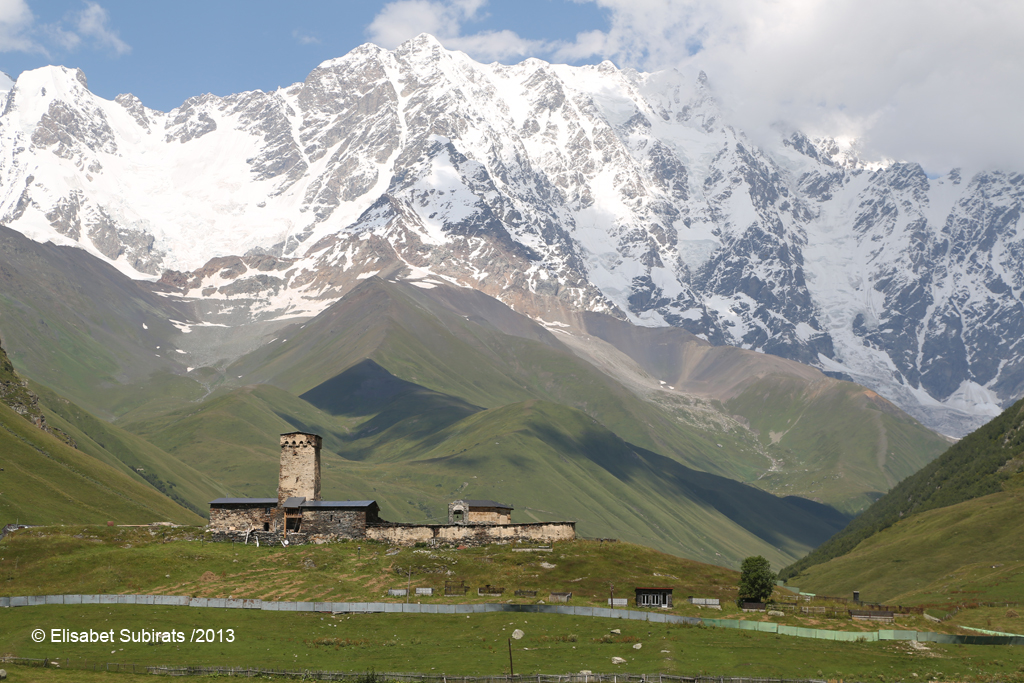 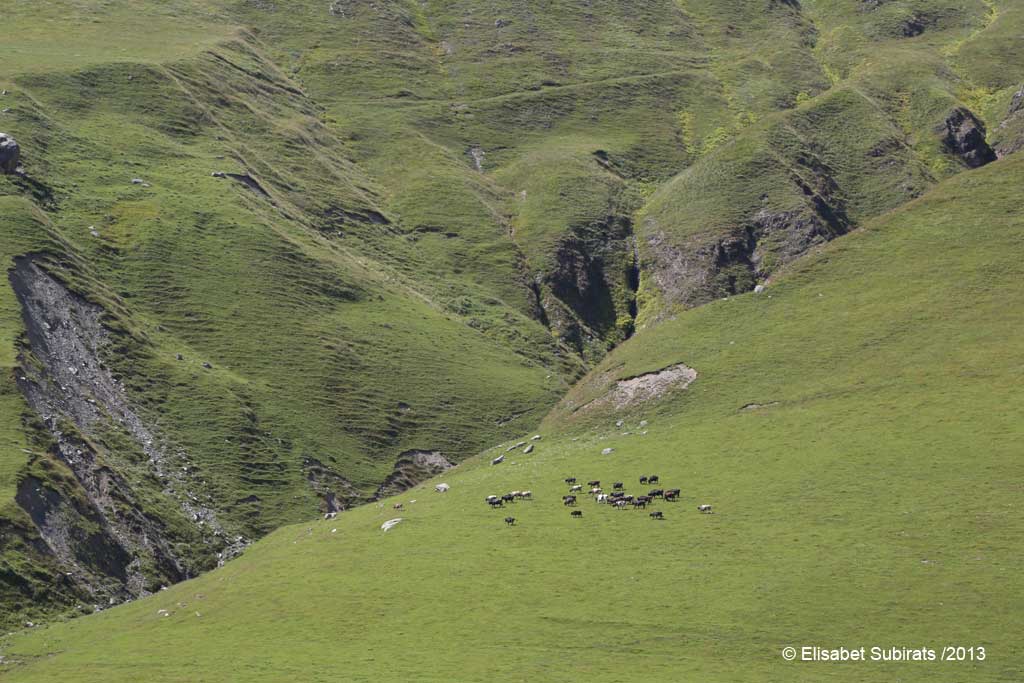 Permanent link to this article: http://holaworld.fr/trek-through-upper-svaneti/